For Love of the Game (often misconstrued as For the Love of the Game) is a 1999 American sports drama film that was directed by Sam Raimi and was written by Dana Stevens and is based on Michael Shaara’s novel that ran under the same name.

The film starts off with the Detroit Tigers and them traveling to New York to play a season-ending series against the New York Yankees. At 63-97, the team has long since been eliminated from playoff contention and are playing for nothing but pride against the Yankees, who have a chance to clinch the American League East with a win. For 40-year-old pitcher Billy Chapel, however, this may end up being the most significant 24 hours of his life. From there, the film follows him as he deals with the pressures of pitching in the Yankee Stadium in his final outing by calming himself with memories about a long term relationship with Jane Aubrey.

The play-by-play of the game is announced by longtime Brooklyn/Los Angeles Dodgers baseball broadcaster Vin Scully, who himself has called four perfect games throughout his career, and Steve Lyons.

Overall, the film received mixed reviews from critics, and had opened at number two with a weekend gross of just over $13 million from the 2,829 theaters playing it for a per venue average of $7,023. Ultimately, For Love of the Game had grossed over $46 million worldwide, and based on an estimated $80 million operating budget, it is considered to be a box office bomb. 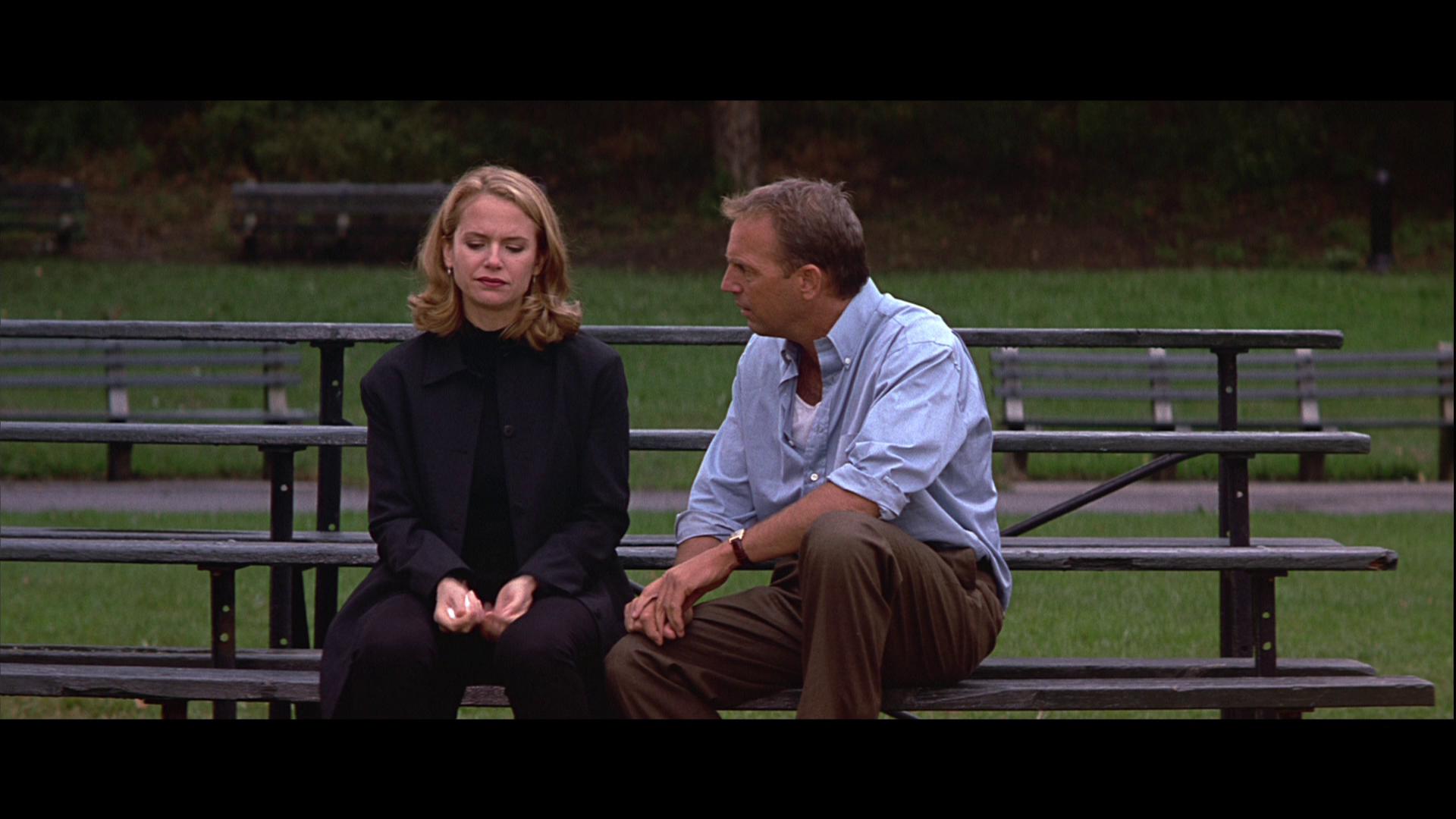 You know, I wasn’t completely sure of what to expect when I first went into For Love of the Game.  Outside of this film being a sports drama, I was completely blind going into it.  We are given a story that not only tells the tales of the pressure that comes with playing in one of the more important games of your career, but the corresponding stresses that follow you throughout your personal life as you are fully involved in your career like this.  The film itself does an absolutely fantastic job at covering both aspects of this as Chapel nears his retirement, and doesn’t really spend too much time pushing a direct focus on either aspect of his life.  Costner does, what felt like, a really great job in his role as the title character, and we’re ultimately given a story that both my wife and myself found to be really enjoyable. 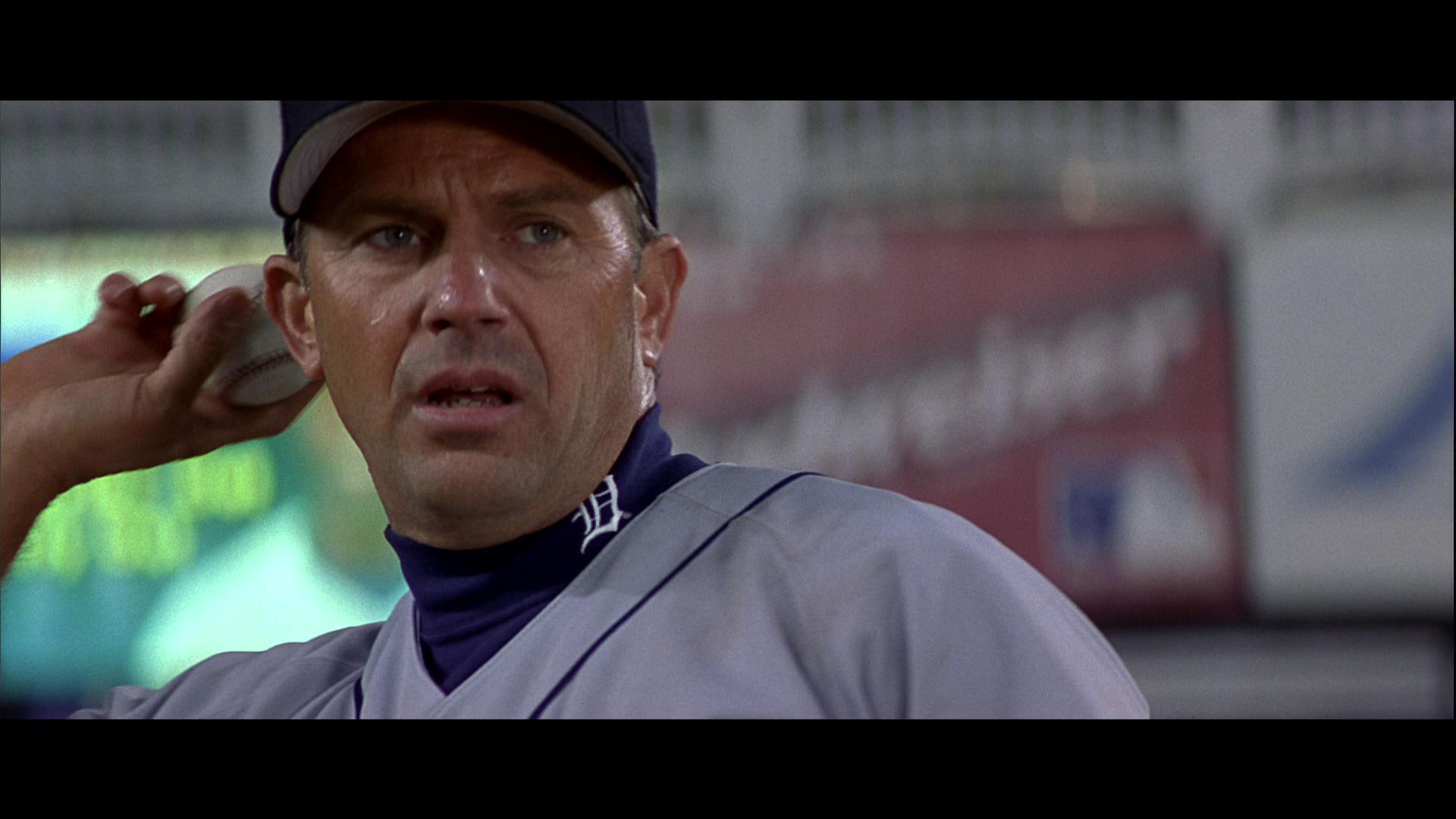 For Love of the Game comes at us in the ever-loving 1080p resolution, offering a significantly cleaner look into Billy Chapel’s career as well as his personal life.  Making every aspect of the story that’s being told easily viewable by those watching at home.  Some of the more notorious scenes that played out and really stood out as we watched this movie were those of the baseball games.  While I am personally not a huge fan of sports, these moments throughout the film did a really great job at portraying Costner’s role as a professional athlete.  Hell, even with the more distant views of the crowd as the camera was more focused on the field, we were able to visually see specific details of people who were in attendance. 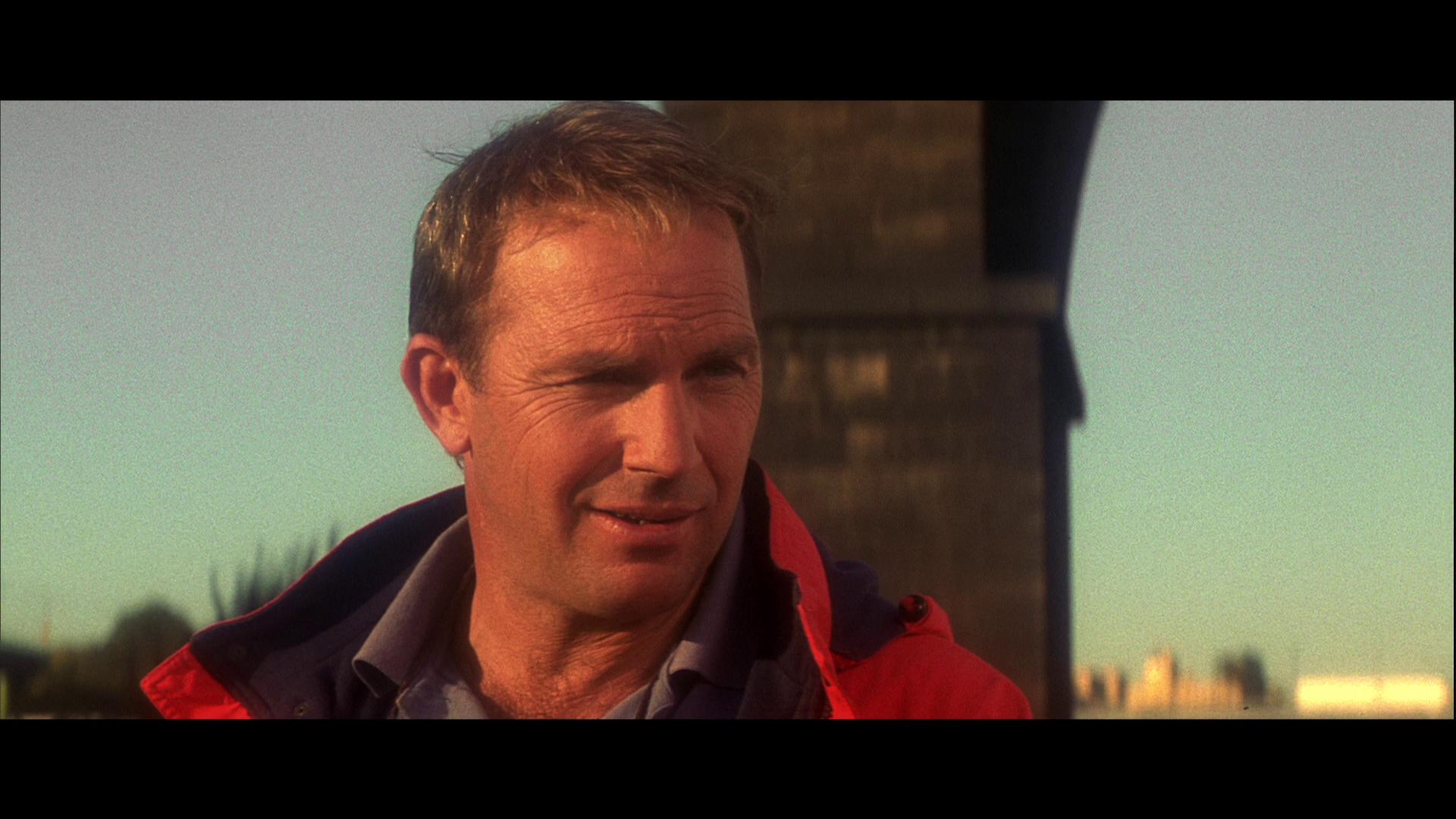 Coming packaged with a DTS-HD Master Audio 5.1 audio track, For Love of the Game offers an all-out immersive experience in not only the professional life of Billy Chapel, but his personal life as well.  Featuring a really nicely done accompanying musical score, the movie does a really great job at putting the audience into the title characters shoes.  As Chapel and his teammates are playing baseball, hearing the roar of the crowd that’s in attendance did a beautiful job at making my wife and I feel as if we were actually sitting in on a game in a stadium. 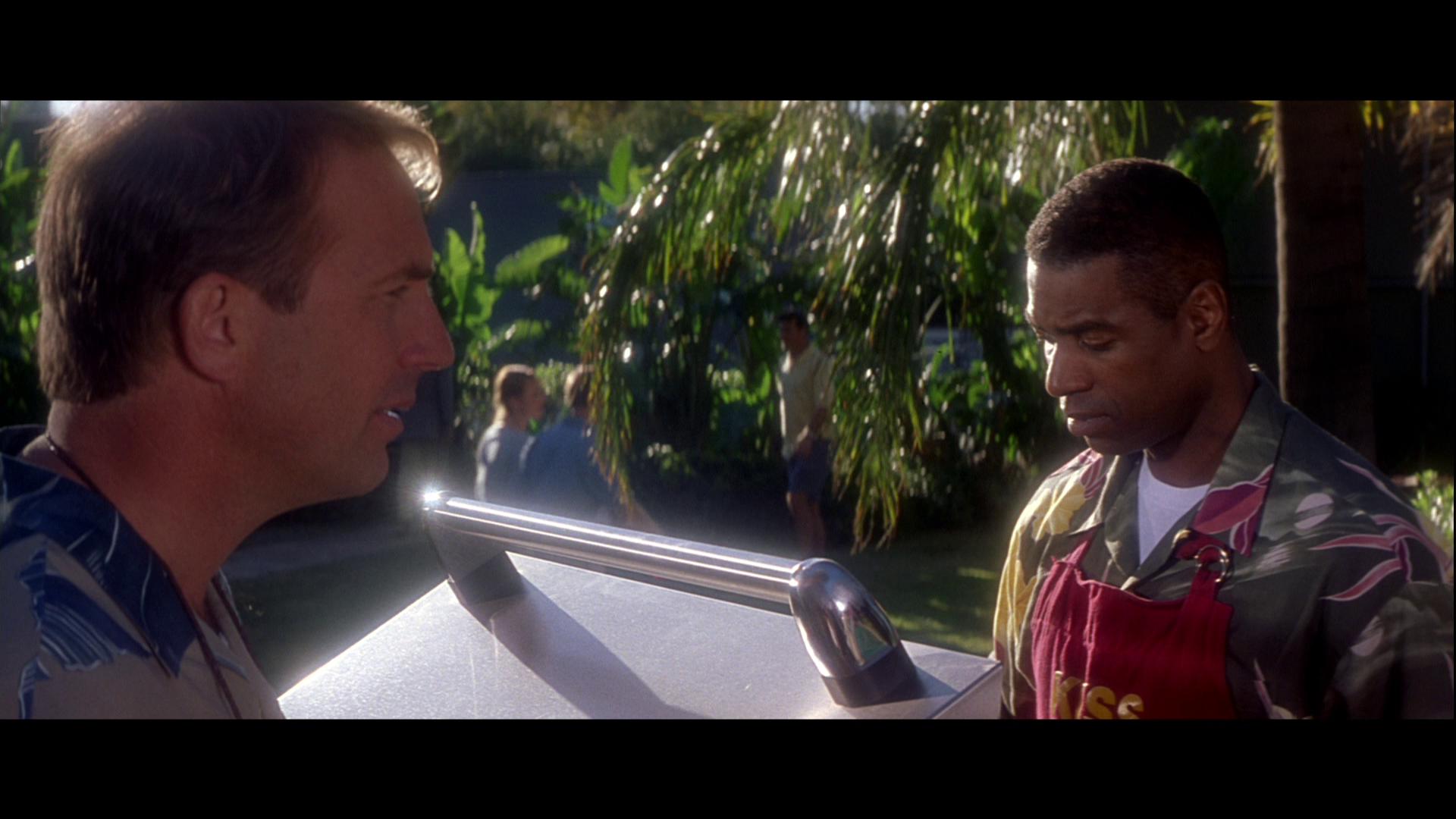 For Love of the Game comes packaged in your typical single-disc Blu-ray amaray case.  Within that case is the standard Blu-ray copy of the film.  The disc does not feature any artwork whatsoever, and only includes the standard text that is used to differentiate the disc from others within your collection.  There is no DVD copy nor are there any digital copy redemption pamphlets included.  There is no slipcover available with this release. 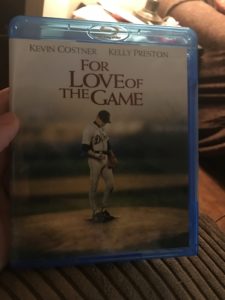 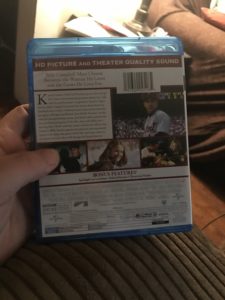 Unfortunately, there are no special features available on this Blu-ray release of For Love of the Game.  As a result, there is no rating for this section. 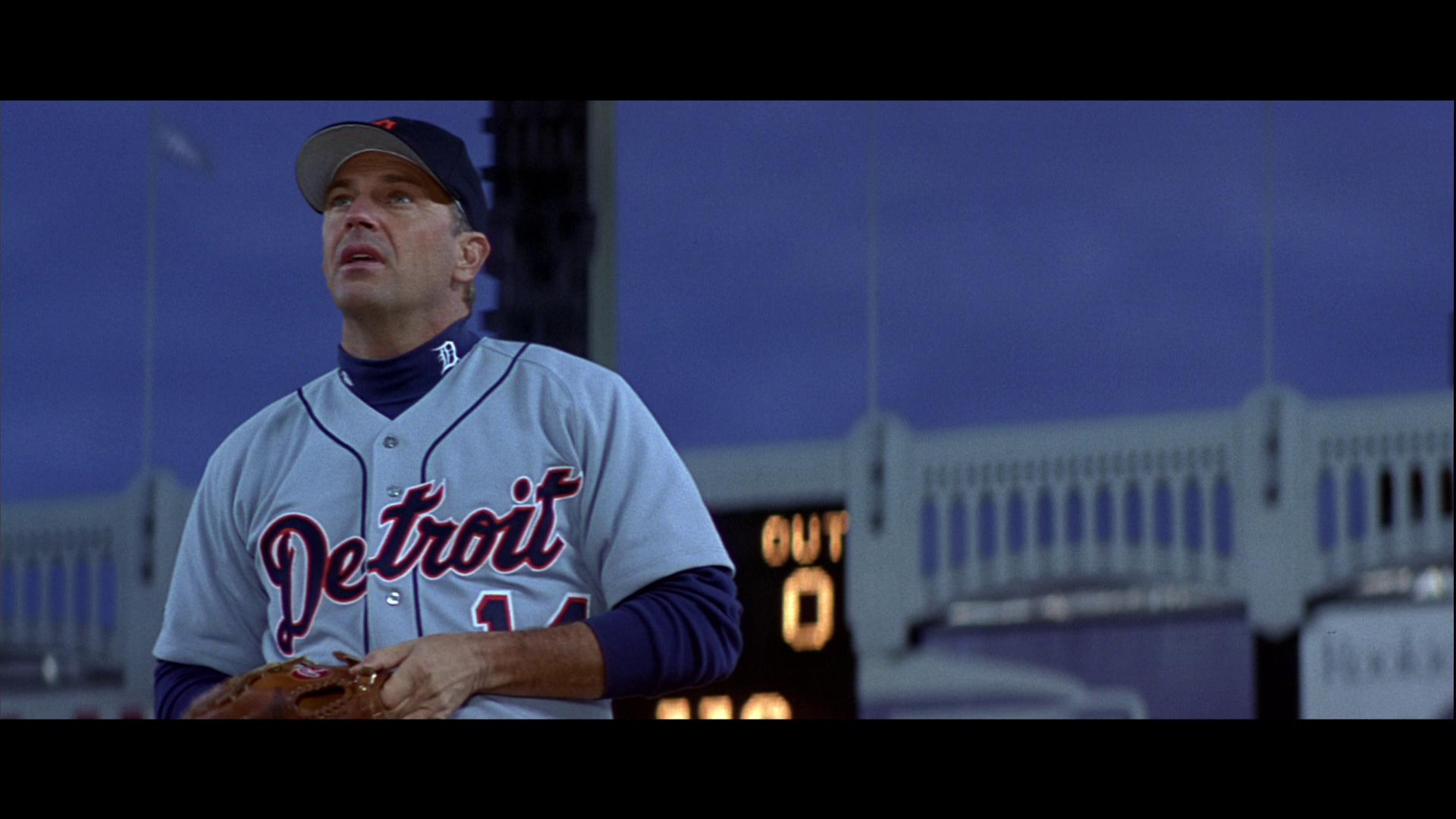 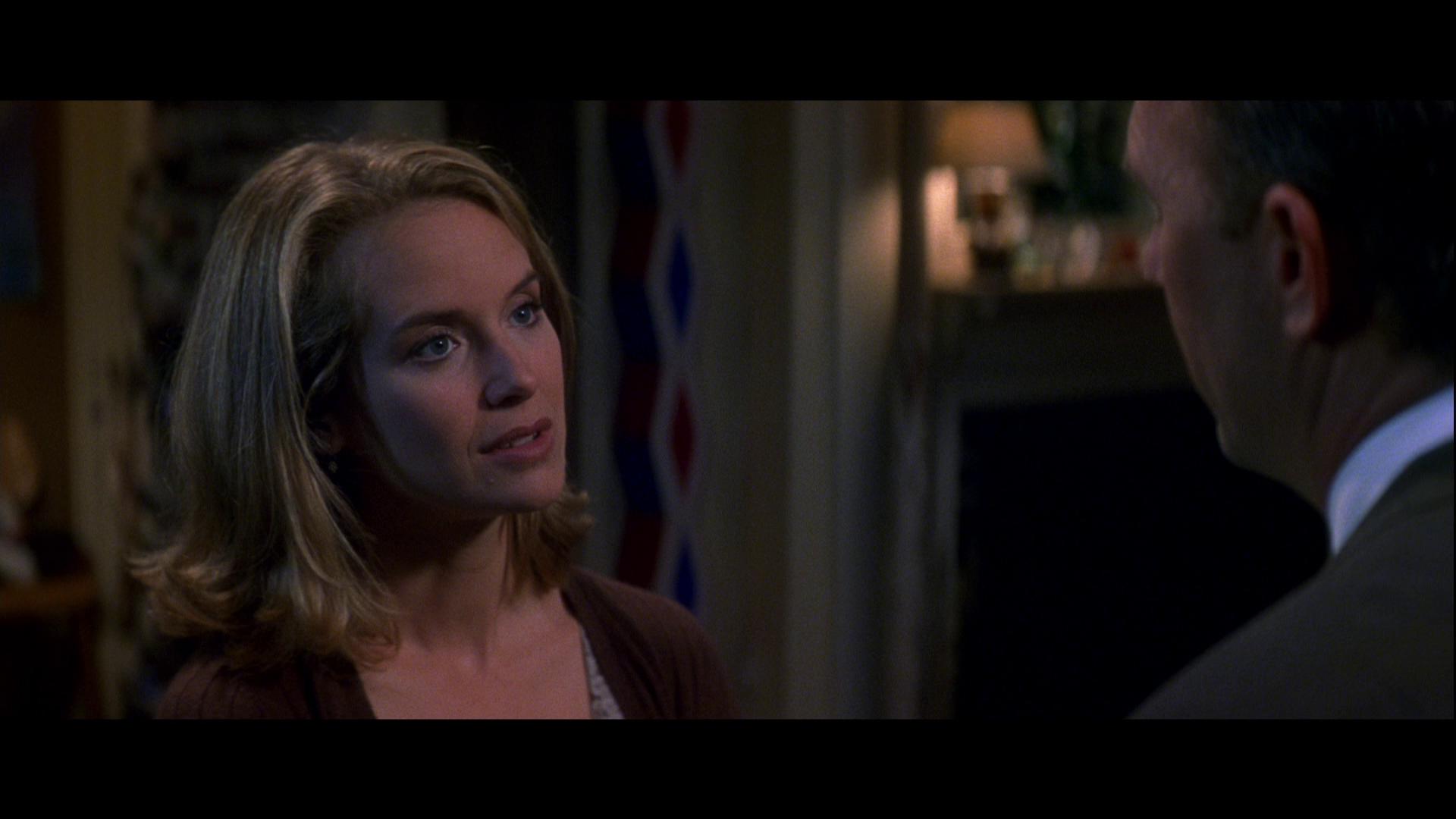 I wasn’t completely sure of what I was going to experience as I picked up For Love of the Game for my collection.  More recently, as part of the B1G1 sale at Best Buy, I figured for the price that I was paying that it would be worth checking out.  Boy, was I glad that I decided to grab this film.  We are given a really great story that provides insight on both vantage points of someone who is in the exact position that the title character is in.  The Blu-ray release itself is considerably bland and generic as there are no additional features provided to explore the film further, and the disc artwork and presentation of the physical media isn’t anything that’s spectacular.  However, the film is cleanly done and allows a really nice immersive experience for those viewers that are equipped with a 5.1 home theater system.  If you’re considering grabbing this film for your personal collection, I would most definitely recommend grabbing it.  As of right now, this release is a Best Buy exclusive until October 10.  After that, it will be more widely available from other retailers, like Amazon. 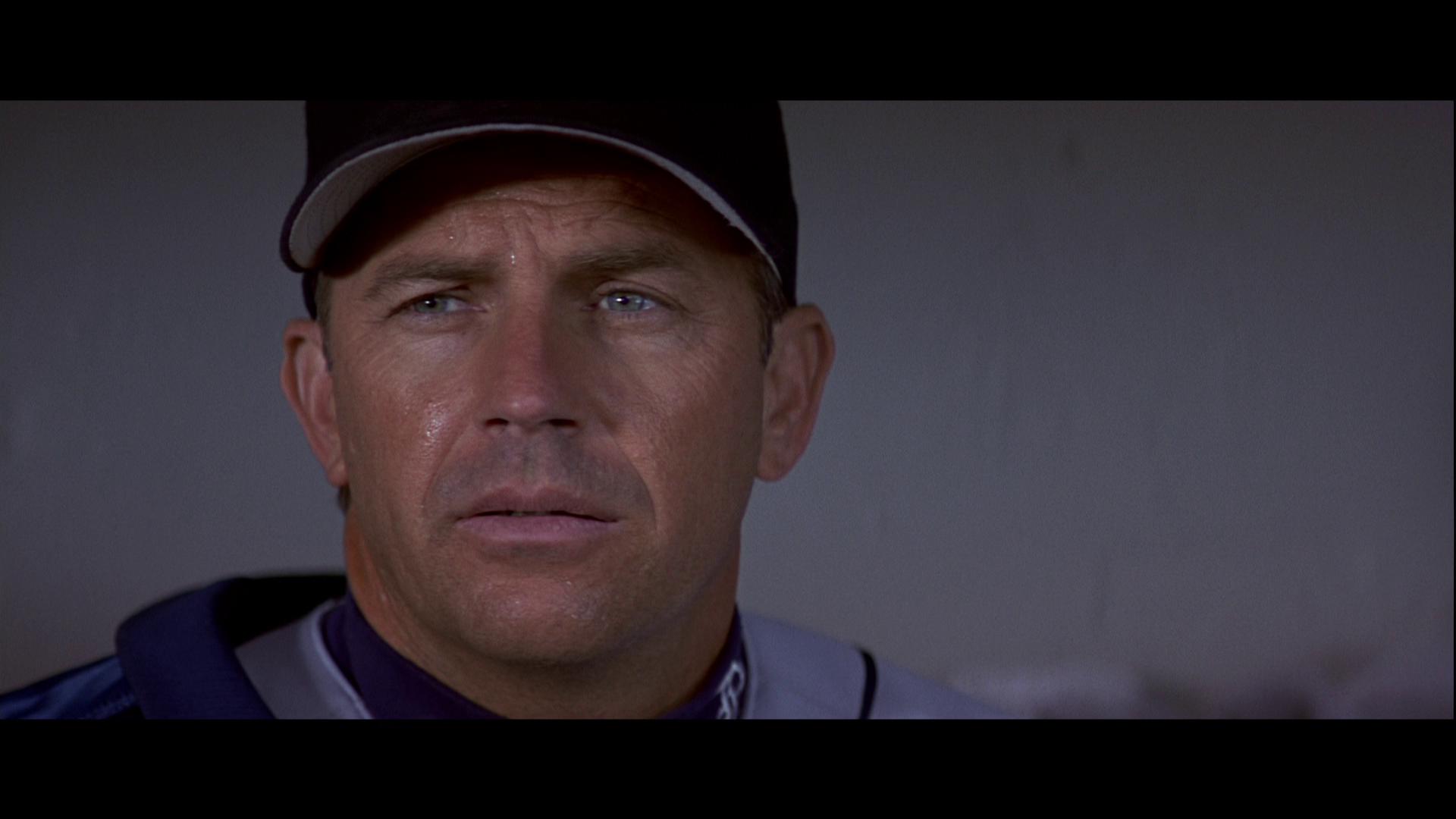