If you’re reading this article, chances are you didn’t randomly stumble across it. You’re likely part of a community of people who enjoy collecting movies on Blu-ray or DVD, or various other formats. While we may be a fairly niche community, we’re dedicated to seeking out our favorite films (as well as some films we’ve never seen or even heard of) and adding them to our collection. Why do we do it? What drives us to have a collection in the first place? 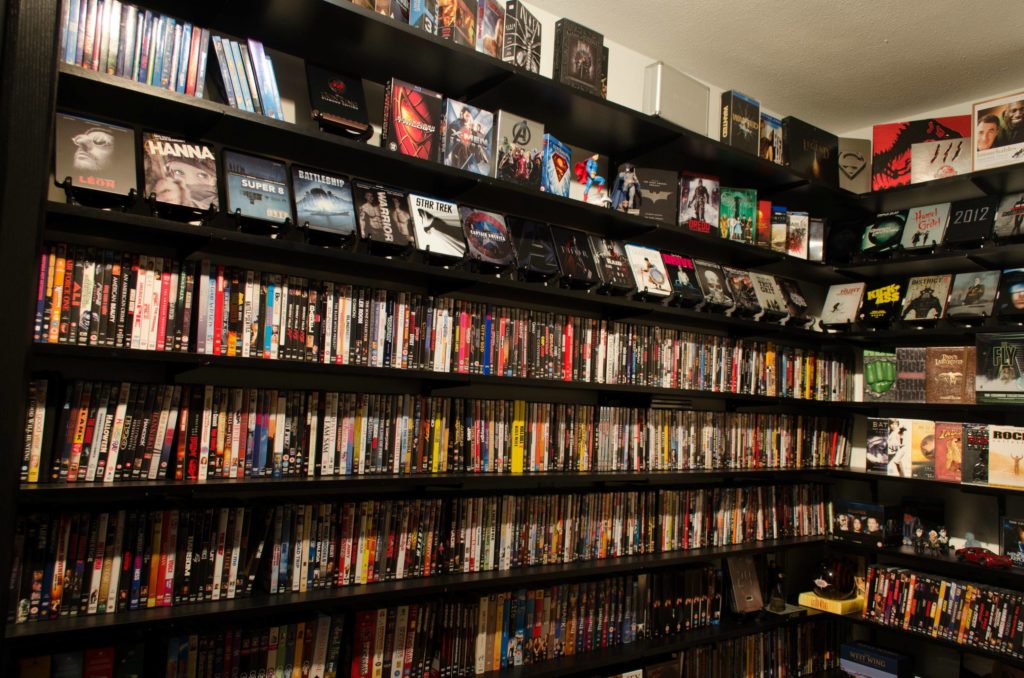 Why We Love It

Our film libraries are an extension of ourselves. Each title represents us in some way and displays certain aspects of cinema we enjoy. Some people have very diverse collections, while others have collections dedicated entirely to one genre, or even a subset of a genre. If you enjoy a film with many subtleties, maybe you’ll have something from Stanley Kubrick or Denis Villeneuve. Maybe you like comedy, so your collection has some Edgar Wright in it. Chances are you’d have David Lynch or Alejandro Jodorowsky mixed in if you like surrealism. The films in our collections say something about us, sometimes explicitly and sometimes implicitly.

There’s a certain joy to getting a new Blu-ray or DVD. You get home and start taking the plastic wrapping off, hoping small pieces don’t get stuck to the spine. You pop the case open and there it is. Maybe you saw this film the other day and just had to pick it up. Maybe you missed the theatrical run and have been waiting for months to finally see it. Whatever the reason, the feeling of holding a new movie in your hands just doesn’t compare to buying a film digitally. Scrolling through an online library doesn’t compare to scanning the cases on your shelves and pulling out the right film. Sure, it may take up a fair bit of space, but we don’t buy new shelves because we hate it. We want more space because we want to keep adding new movies.

Pulling a movie out of your collection to watch with friends can be a good time. Your collection can be a great resource for those times people want to watch a movie but have no idea what they want to watch. When I left home for college, it wasn’t a question of whether or not I was going to bring some movies with me. It was a matter of which movies I was going to bring. I filled a bin with some of my favorite movies and brought it up to school with me. Sure enough, this was a smart move. I was able to recommend films my new friends had never heard of before, like Resolution, Spring, and The Raid, which they all enjoyed. One of my friends is a big Charlie Kaufman fan and she hadn’t seen Synecdoche, New York yet. I was able to bring it out of the bin and she really enjoyed it. Being able to introduce people to movies they end up liking is a great feeling. 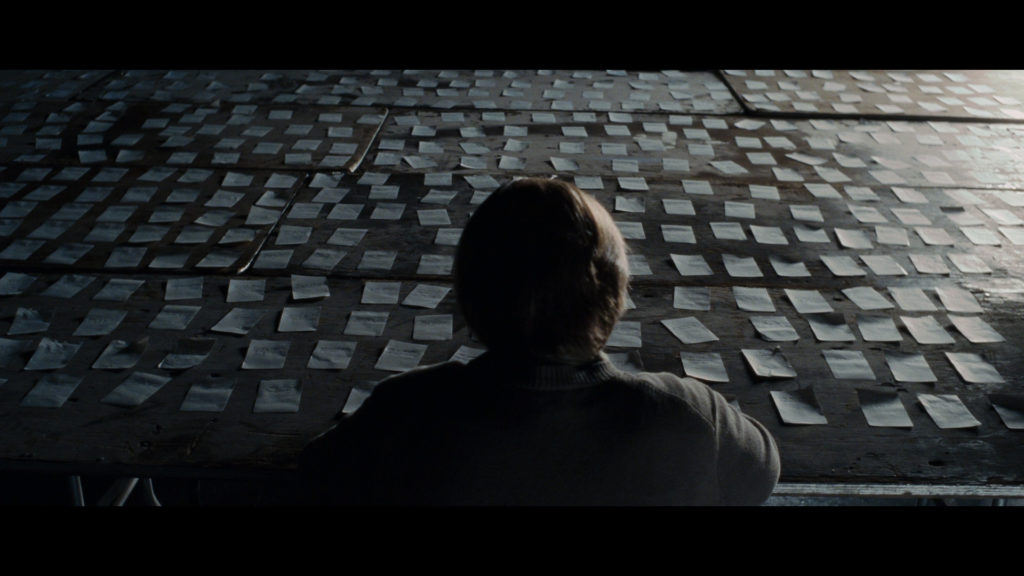 Specialty distributors are adored by film collectors. Thanks to them, we’re able to get some films we love with tons of bonus features and great cover artwork, and sometimes a new high-definition transfer. Scream Factory is known in part for their Collector’s Edition releases, which have updated artwork and a massive number of bonus features like new “Making Of” and behind-the-scenes features, commentaries, original trailers, deleted scenes, and extended cuts. The Criterion Collection is loved for their library of old and contemporary films. A typical Criterion release has new cover art, a booklet containing essays or interviews, a restoration or updated transfer of the film, and a handful of bonus features, which could include interviews, documentaries, or in some cases, updated transfers of short films the director made. There’s also Arrow Video, which is well known for releasing cult horror movies like Mario Bava’s Black Sunday and Jörg Buttgereit’s Nekromantik with special features like commentaries, interviews, introductions, and “Making of” featurettes. Thanks to distributors like these, we can add some really high-quality and otherwise rare releases to our collections. 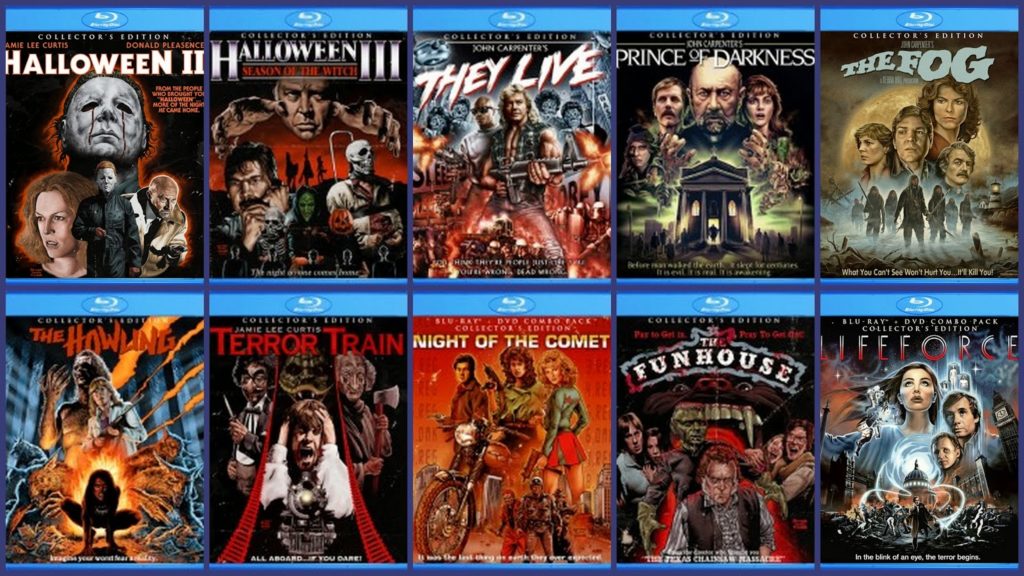 Being a collector doesn’t come without its fair share of problems though. These problems are usually just minor annoyances, but they’re annoyances many of us are likely to experience at one point or another. A film going out of print can be a common issue, but what are some other problems we’ve come across?

Why It Can Suck

Region locking is a very common source of frustration for collectors. While it is possible to purchase all-region Blu-ray and DVD players, some people can’t afford to buy them, and others can’t justify the purchase for just one or two movies they might have their eyes on. Companies like Arrow Video and Zavvi typically have Region B and Region 2 releases because they’re based in the UK. Some of their releases are region free, but the majority are locked for people outside of those regions. Up until recently, Criterion only released in North America, excluding the rest of the world from their vast library of films. Region locking can be the result of a number of different issues, but it’s still a sore spot many of us have come across in our searches.

Some releases have a distinct lack of special features. This may not be the biggest issue for collectors, but some of us would like to have a little extra in addition to the film itself. A recent offender in this area is The Lobster. As mentioned in our own Chris Haller’s review of the release, the Blu-ray only has one special feature. Not every film can have a massive number of special features, but it’d be nice to have more than just one.

The packaging for some releases can also be of some annoyance. Eco-cases are the main culprit in this area. They feel a little flimsy. I feel like I have to be especially careful when taking the disc out of its holder so I don’t poke through the back of the case. I actually have a release or two where the back of the eco-case was punctured during shipping, so the cover is a little torn. Don’t get me wrong, I’m not trying to say eco-cases don’t have good intentions as being more environmentally-friendly products. If there was a way to make an eco-case that didn’t feel so fragile, I’d gladly accept more distributors using them.

Although it has some (relatively inconsequential) problems, film collecting is more than just a small hobby. We collect movies because we love watching them. We want to be able to share our favorite movies with our friends. Looking at our shelves and seeing the variety of color and titles gives us a special feeling. It’s like we’re creating our own personal archive.