Little Monsters is a 1989 comedy film that stars Fred Savage and Howie Mandel and was directed by Richard Alan Greenberg. It tells the story of a boy who befriends a real-life “monster under the bed” and discovers a secret world of monsters who sneak into children’s bedrooms at night to pull pranks on them.

The film follows Brian Stevenson and his family as they have just recently moved to the Boston area, and he feels isolated in his new neighborhood. One morning, Brian finds himself being blamed for several things that he did not do and is punished for them. He insists that he is innocent and blames his younger brother, Eric, who claims to have seen a monster the night before. Brian gets into a fight with bully Ronnie Coleman. That night, while sleeping in Eric’s room for a bet, Brian hears a loud noise, and is unable to make it through the night. The next morning, Eric and his friend Todd find Brian on the living room couch and joke about him being unable to sleep the entire night in Eric’s room. Brian bets Eric “double or nothing” to sleep in Eric’s room another night. The next night, a determined Brian sets booby traps by leaving cheese Doritos as bait to attract the alleged monster.

Little Monsters was financed by Vestron Pictures. Along with a few other films, the distribution rights were sold to Metro-Goldwyn-Mayer/United Artists after Vestron’s bankruptcy (though Vestron retained some foreign rights). It subsequently saw a limited release, with only 179 movie theaters showing the film at its highest point, although it grossed just under $800,000. A DVD release was made available in the United States and Canada on April 6, 2004. Lionsgate Films released the film on Blu-ray for the first time as part of their “Vestron Video Collector’s Series” line on September 15, 2020. 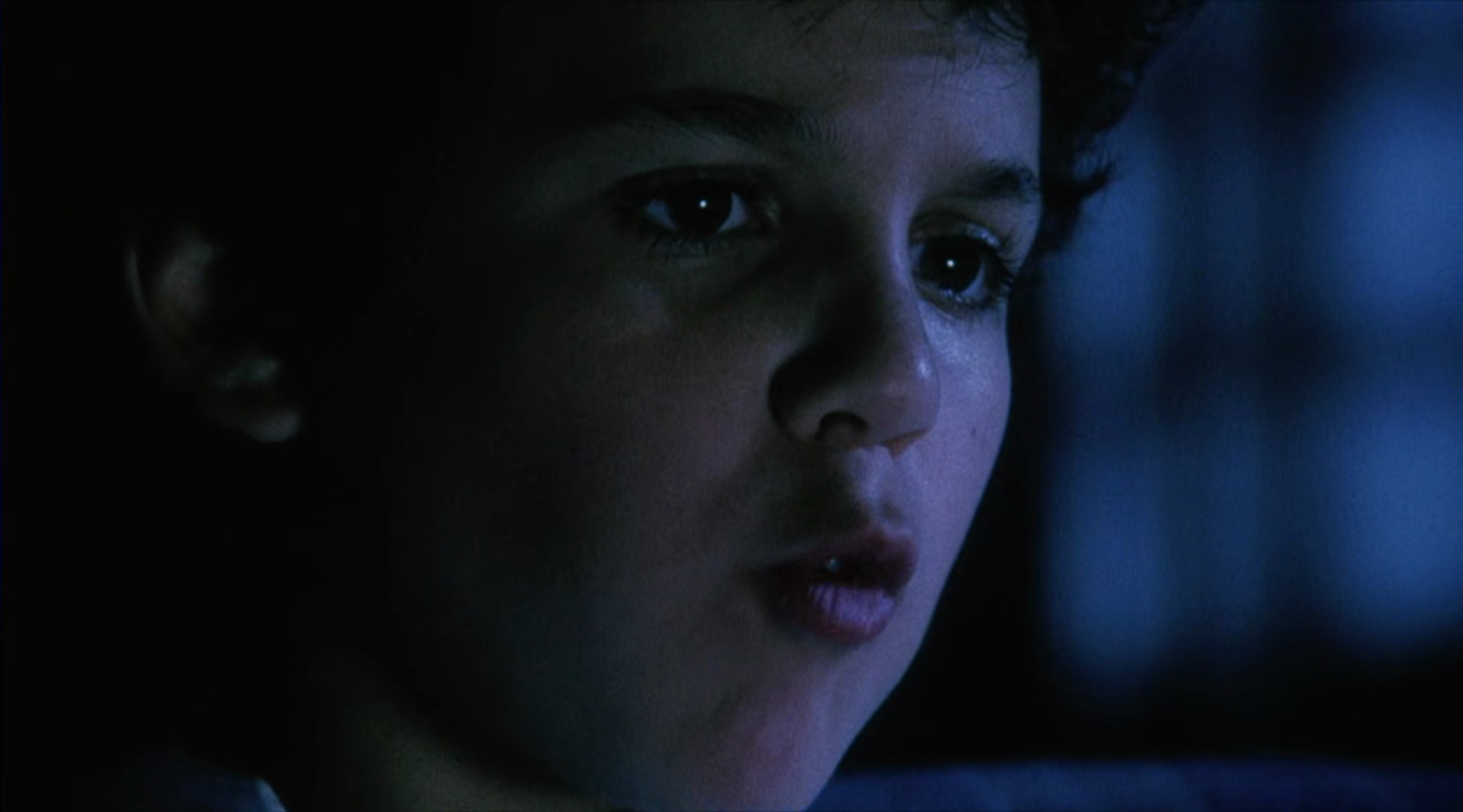 I have to admit, I had to watch Little Monsters twice to gain an understanding as to why this film would have the significant cult following that it does.  Upon my first viewing, all I could do was imagine the fact that children would’ve been mentally freaked out at some of the props, makeup, and overall visualization of the monsters from under the bed.  But as you progress along with this movie, it becomes a story of adventure and is somewhat of a coming of age kind of film for Fred Savage’s character.  Overall, I had fun with this one the other night and I can definitely understand the reason behind the following it has as there’s more of an appreciation for it with consecutive screenings. 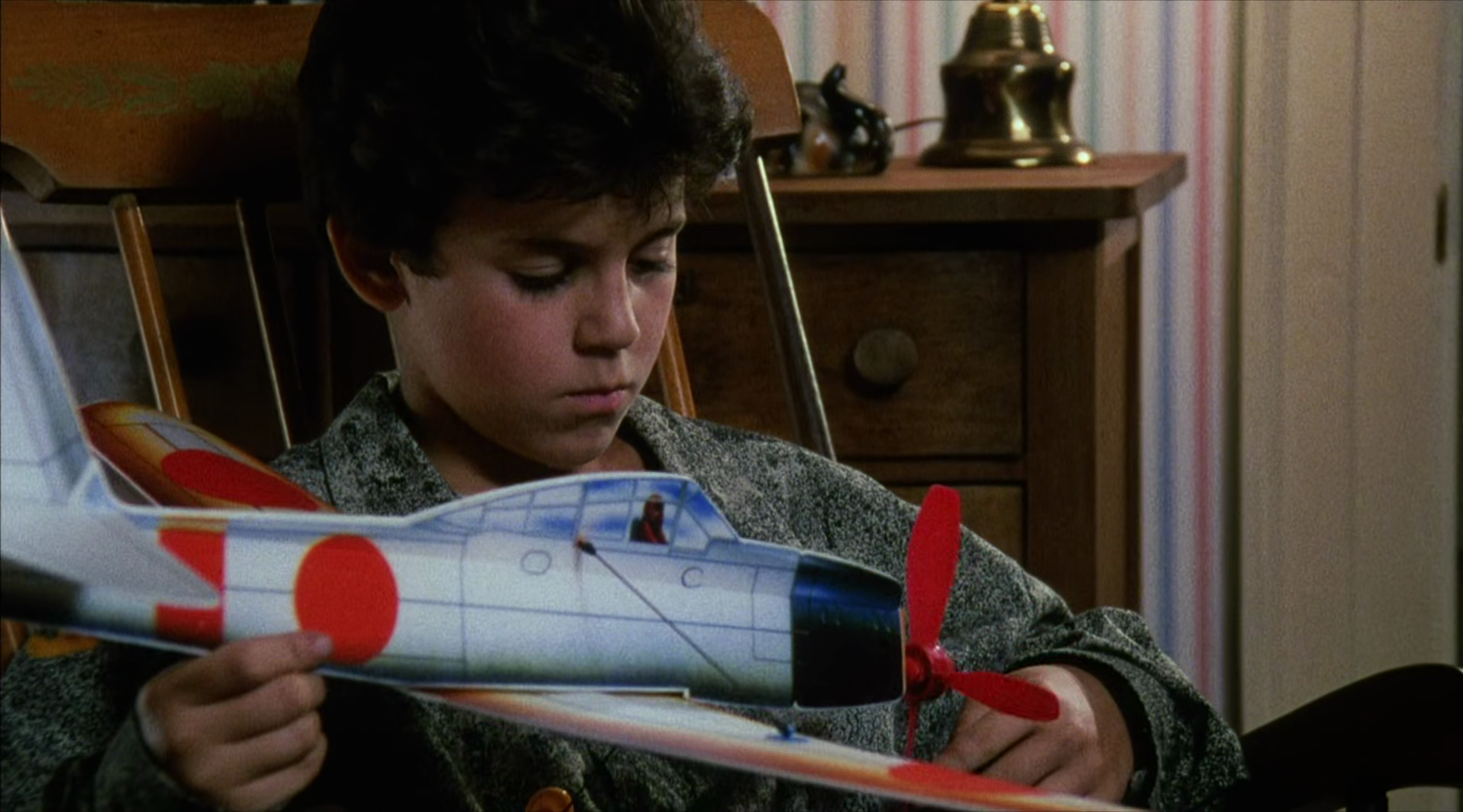 The Blu-ray release of Little Monsters comes at us with a 1.80:1 aspect ratio courtesy of Lionsgate Films and their Vestron Video Collectors Series.  Offering what I could only understand to be a completely fresh and cleaner view into the world that lives underneath your childhood bed.  I will be honest in that I’d never seen this movie up until recently; but I also know that it has had a significant following on some of the retro format forums as it’s highly sought after among Lasterdisc collectors.  Overall, everything looked pretty clean and easily understandable without any need to throw added focus.  Even the darker sequences looked clean and offered no distortion. 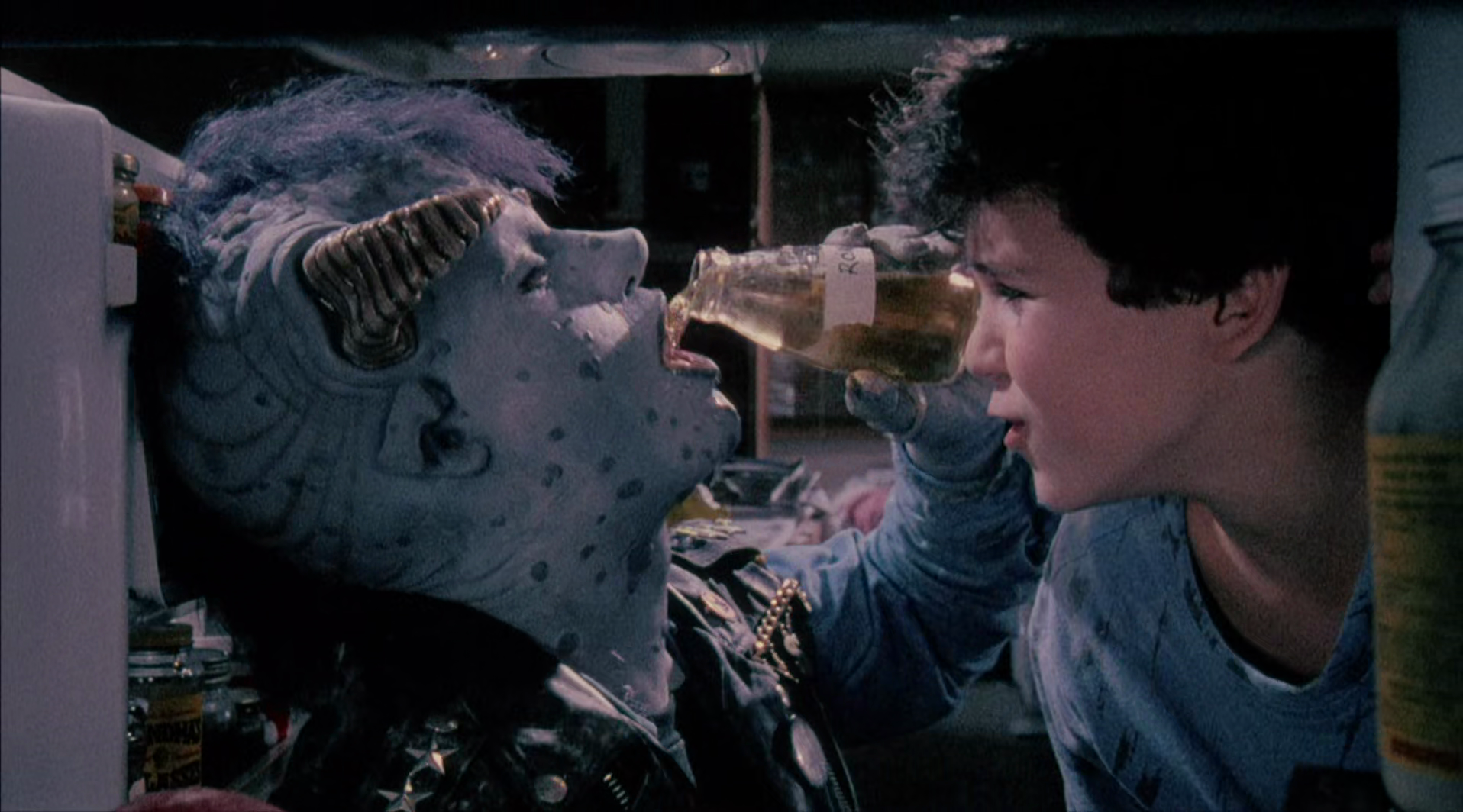 The Blu-ray release of Little Monsters comes packaged with an English DTS-HD Master Audio 2.0 track that manages to do just fine with the presentation of this film. With its very unambitious presentation, the majority of the film is driven by dialogue with the occasional noise being made by one of the parasites. Despite the generally underwhelming presentation that is this movie, everything seemingly came together really well with this release. The dialogue was spoken cleanly and the characters were able to be heard and understood without having to increase the volume levels on my receiver. 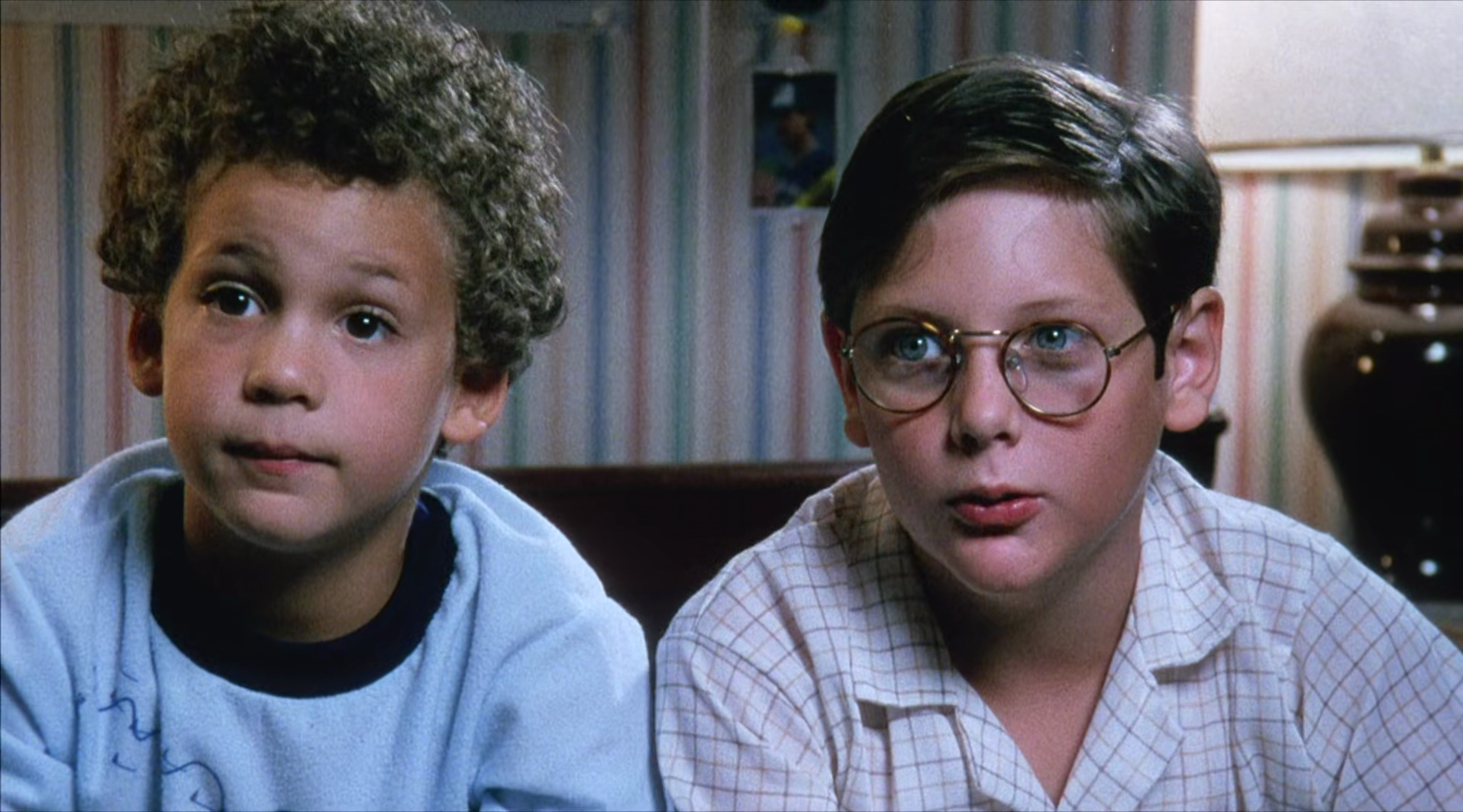 This new release of Little Monsters comes packaged in the standard single-disc Blu-ray amaray case.  In that case, the standard Blu-ray copy of the film.  While there are no DVD copies of the movie included, there is a digital copy redemption pamphlet that will allow you to add this movie to your preferred digital locker service.  There is also a slipcover that’s been made available in the initial pressing of the release that features the same artwork that’s been provided on the case. 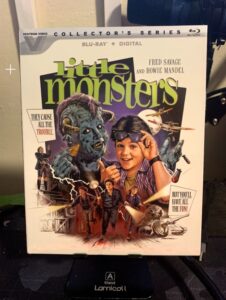 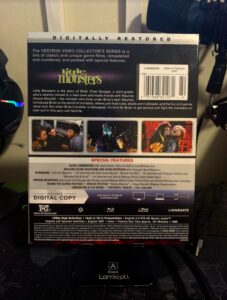 There are a metric fuck-ton of special features included with this release of Little Monsters.  The material that has been provided not only offers a look at some of the behind-the-scenes work that went into the movie, but experiences are shared from some of the key crew members, as well as providing an opportunity to check out many of the different promotional pieces that went out with this film.  Included with this release is: 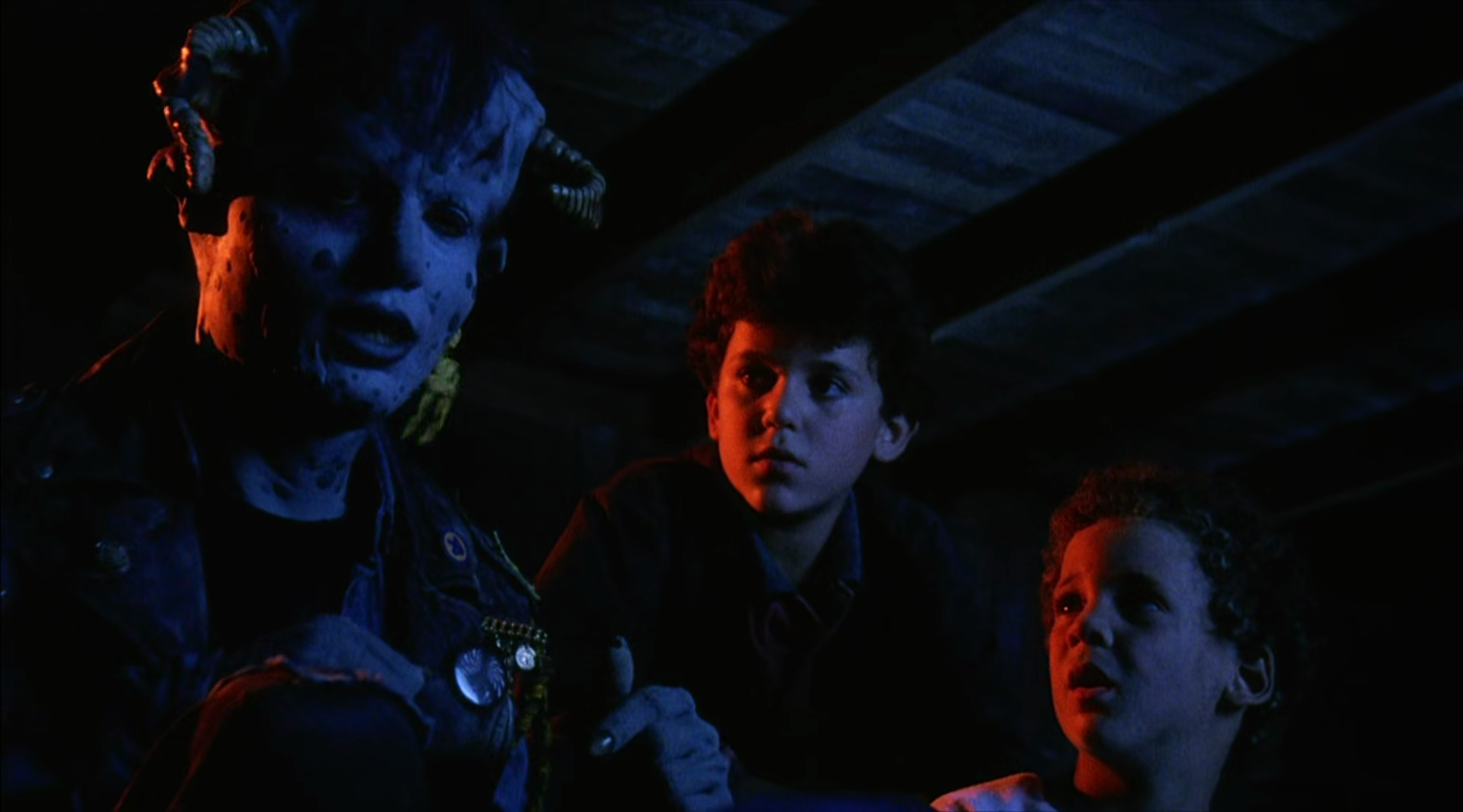 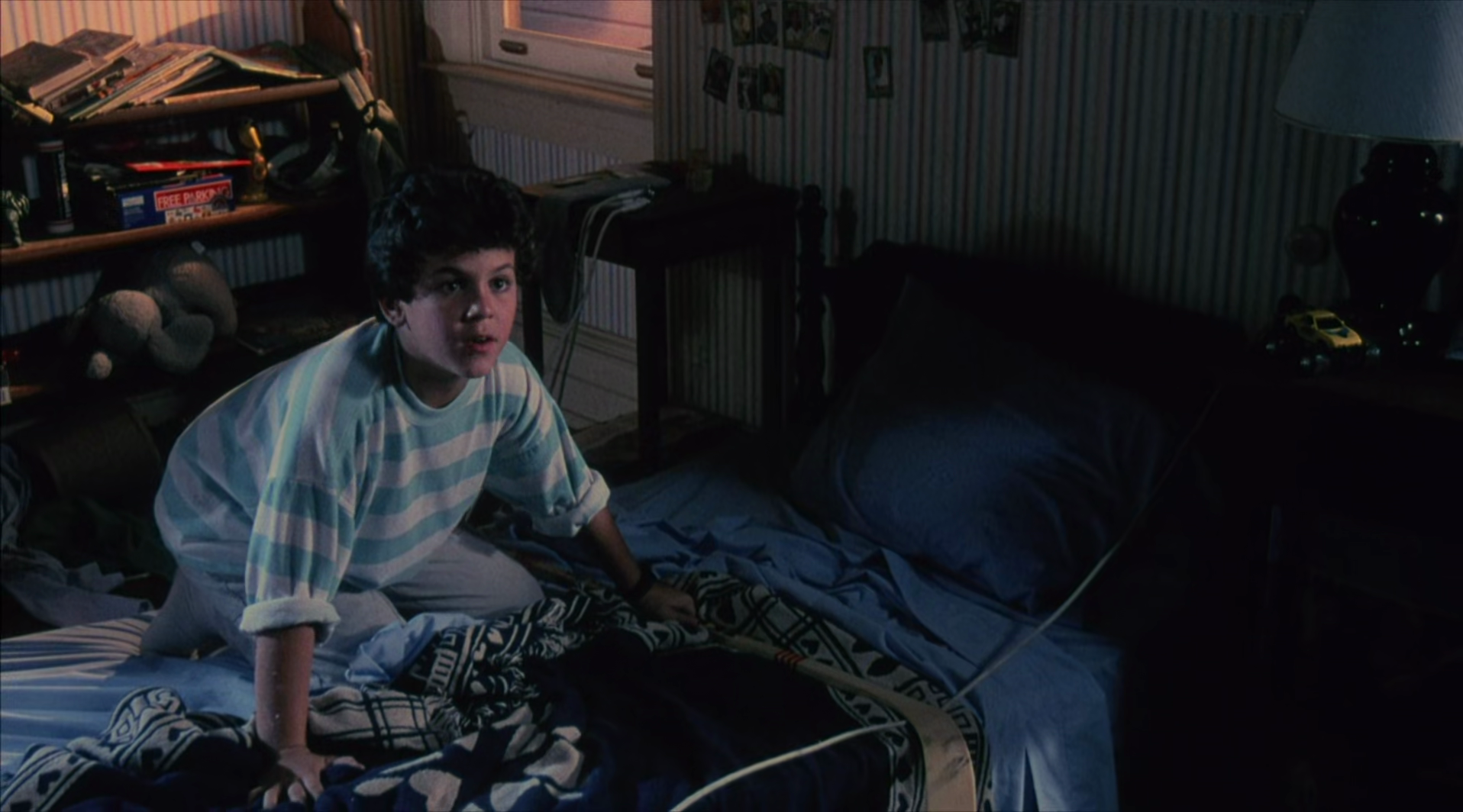 Little Monsters is a movie that definitely grew on me.  At first, I found myself welcoming any and all possible distractions around the house; but upon its second viewing, I had a significantly better time.  Between the adventure, and imagination involved; it is easily understandable why many people thoroughly enjoy this movie.  The video and audio presentation of the Blu-ray release were exceptionally done and offered a very great look into the story that’s being presented.  The special features of this release were insanely phenomenal and should definitely be explored if you too have this in your library.  If you’re looking to add this to your collection, I would absolutely recommend picking it up.  Little Monsters is available on Blu-ray today.