Little Fauss and Big Halsy is a 1970 film that was directed by Sidney J. Furie and features Robert Redford, Michael J. Pollard, Lauren Hutton, Noah Berry Jr. and Lucille Benson. A comedy-drama that features the exploits of two motorcycle riders, it is one of Robert Redford’s lesser known films. Johnny Cash is credited for his contributions to the soundtrack, along with Carl Perkins and Bob Dylan. It also should be noted that the films title song, The Ballad of Little Fauss and Big Halsy, written by Carl Perkins, was nominated for a Golden Globe Award for Best Original Song.

Little Fauss and Big Halsy tells us the story of Halsy Knox, a professional motorcycle racer, who runs into an amateur racer named Little Fauss after a race that’s held in Phoenix, Arizona. They end up befriending each other as Fauss is attracted to Halsy’s carefree lifestyle. Fauss’s father isn’t a big fan of Halsy as he thinks of him as a bad influence on his son and refuses to help him when his truck breaks down. Fauss is constantly confronted with the feeling of being inferior to Halsy, both on and off of the racetrack. Will the team of Fauss and Halsy work out despite their differences or will they end up being so completely different from each other that they end up going their own separate ways? Will we actually see what it was that made these two characters different from one another besides the obvious differences in personality?

Stories like Little Fauss and Big Halsy are what I would be consider slightly relatable to its audience.  I say that because a lot of us, throughout our youth often find ourselves looking up to someone that we consider to be a friend only to discover that there is a difference in personality.  Some of those friendships last while others don’t.  Throughout this film, we have the opportunity to see exactly that.  As Fauss and Halsy become friends, we see the admiration and determination for Fauss to become as much of a badass as Halsy ever was; however there are quite a few personality differences between the two that end up causing some rifts in their friendship as they continue to race across the Southwest living their extremely turbulent lives.

Little Fauss and Big Halsy comes at us bearing the ever-so-loving 1080p resolution and it really makes use of the formats capabilities.  Giving us an extremely clear and crisp image, having beautiful and sharp colors; this film really is one that’s worth checking out for its picture quality alone.  I was extremely pleased with its visual representation, and the fact that the production crew who remastered this image kept this film authentic to its time and didn’t cause any issues with the visuals.  Did I say that I really enjoyed the visuals of this release? 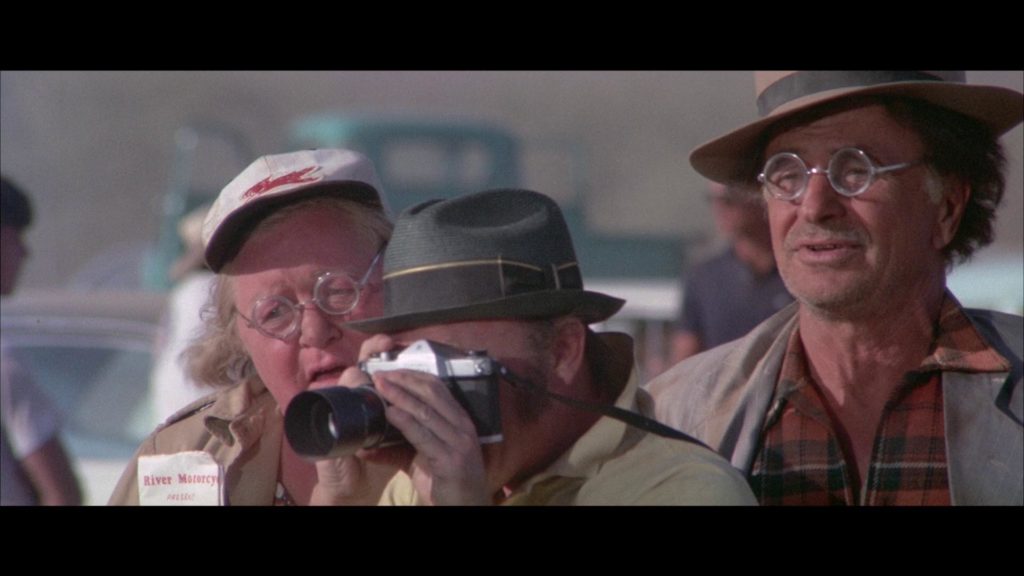 Little Fauss and Big Halsy comes packaged with a DTS-HD Master Audio 2.0 track and only this track.  For the most part of this film, it sounded absolutely great as the sounds powered through my front speakers as I was able to completely hear and understand everything without having to do any kind of manual volume adjustment, and something like that with a 2.0 audio track is something that I can really appreciate.  However, one personal preference that I would’ve really enjoyed is if they had done at least a 5.1 audio track for this release.  Having the ability to hear the motorcycles move around from a few different angles would’ve been great; however don’t let that fact deter you from checking this film out. 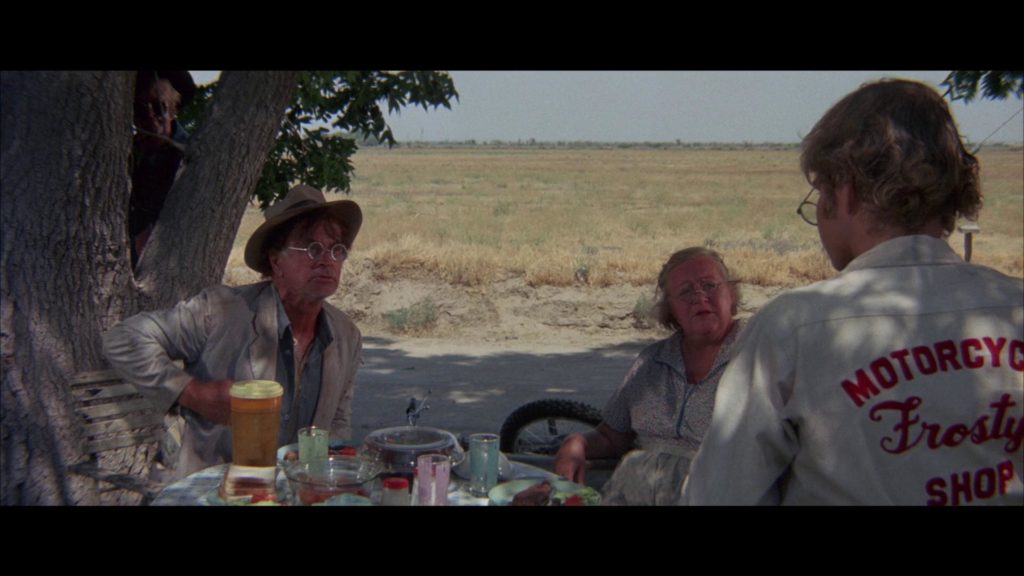 Little Fauss & Big Halsy comes packaged in your standard Blu-ray amaray case.  Included within the packaging is the standard Blu-ray disc as well as some promotional material from Olive Films.  There is no DVD copy of the film, nor is there any digital redemption code pamphlets.  There is no slipcover with this film, even on its initial pressing.

Unfortunately, this release of Little Fauss & Big Halsy does not come packaged with any kind of additional content whatsoever.  Something like this is often unheard of when it comes to releases from Olive Films as they typically include the films trailer at least.  Since there are no special features on this disc, there is no rating for this portion. 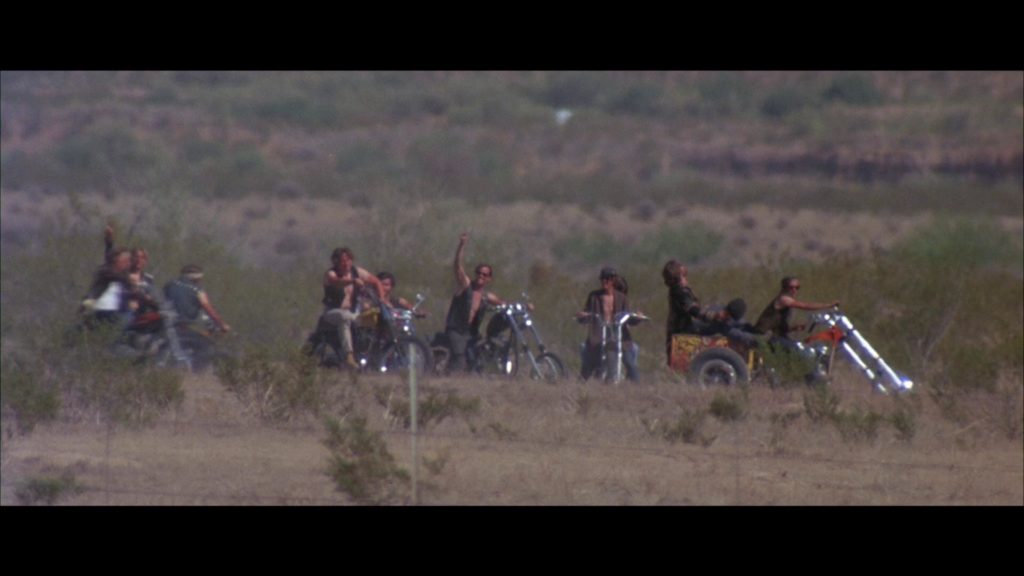 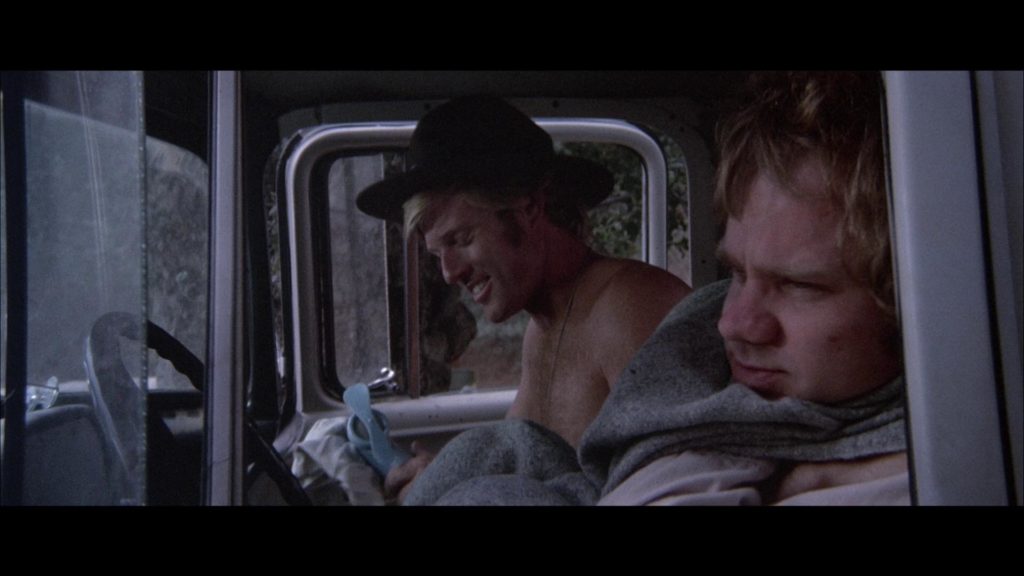 Overall, I was extremely pleased with this release of Strategic Air Command from Olive Films.  Olive Films have given audiences a pretty solid visual and audible presentation allowing fans of this film to truly appreciate it.  Having the ability to see, hear and completely understand the story as it progressed; I couldn’t have asked for more in that regard.  I, however would’ve loved to have had the opportunity to see some additional content, at least the films trailer would’ve been nice.  If you’re interested in checking this film out, you can grab it here after November 2 from Amazon for a really great price!