The Lego Movie 2: The Second Part is a 2019 computer-animated adventure comedy film that was produced by the Warner Animation Group and is distributed by Warner Bros. Pictures. A direct sequel to the 2014 film The Lego Movie, it was directed by Mike Mitchell, with Phil Lord and Christopher Miller (writers and directors of the first film) returning as producers and writers. It features the voices of Chris Pratt, Elizabeth Banks, Will Arnett, Charlie Day, Alison Brie, Nick Offerman, and Will Ferrell reprising their roles from the previous film, while new cast members include Tiffany Haddish, Stephanie Beatriz, and Maya Rudolph (replacing Amanda Farinos). The film focuses on Emmet Brickowski, as he attempts to rescue his friends from the Systar System, while dealing with a coming cataclysm that’s known as “Armamageddon”.

Following the destruction of the Kragle, Finn’s sister Bianca has been invited to share their father’s LEGO collection; in the LEGO universe, this is represented by the arrival of the Duplo aliens. Emmet builds the aliens a heart as a token of friendship, but one eats it and playfully demands more, Lucy interprets this as an attack and retaliates. The Duplo creatures cry and invade, making a mess of Bricksburg. President Business unhelpfully tells everyone to “get along” before leaving to go golfing, but Emmet tells Lucy that “Everything can still be awesome.”

It is the fourth film in The Lego Movie franchise, following the release of the first film’s two spin-offs, The Lego Batman Movie and The Lego Ninjago Movie (both released in 2017). Animation was provided by Animal Logic, who has provided the animation for all of the films in the franchise, with Trisha Gum serving as the animation director. The Lego Movie 2: The Second Part was released in the United States and United Kingdom on February 8, 2019, in 2D, 3D, RealD 3D, Dolby Cinema, IMAX, and IMAX 3D formats. It received generally positive reviews from critics, who commended its humor, animation, soundtrack, and voice acting, although some said that it was not as “fresh” as the first film. The film has grossed over $190 million worldwide against a production budget of $99 million. 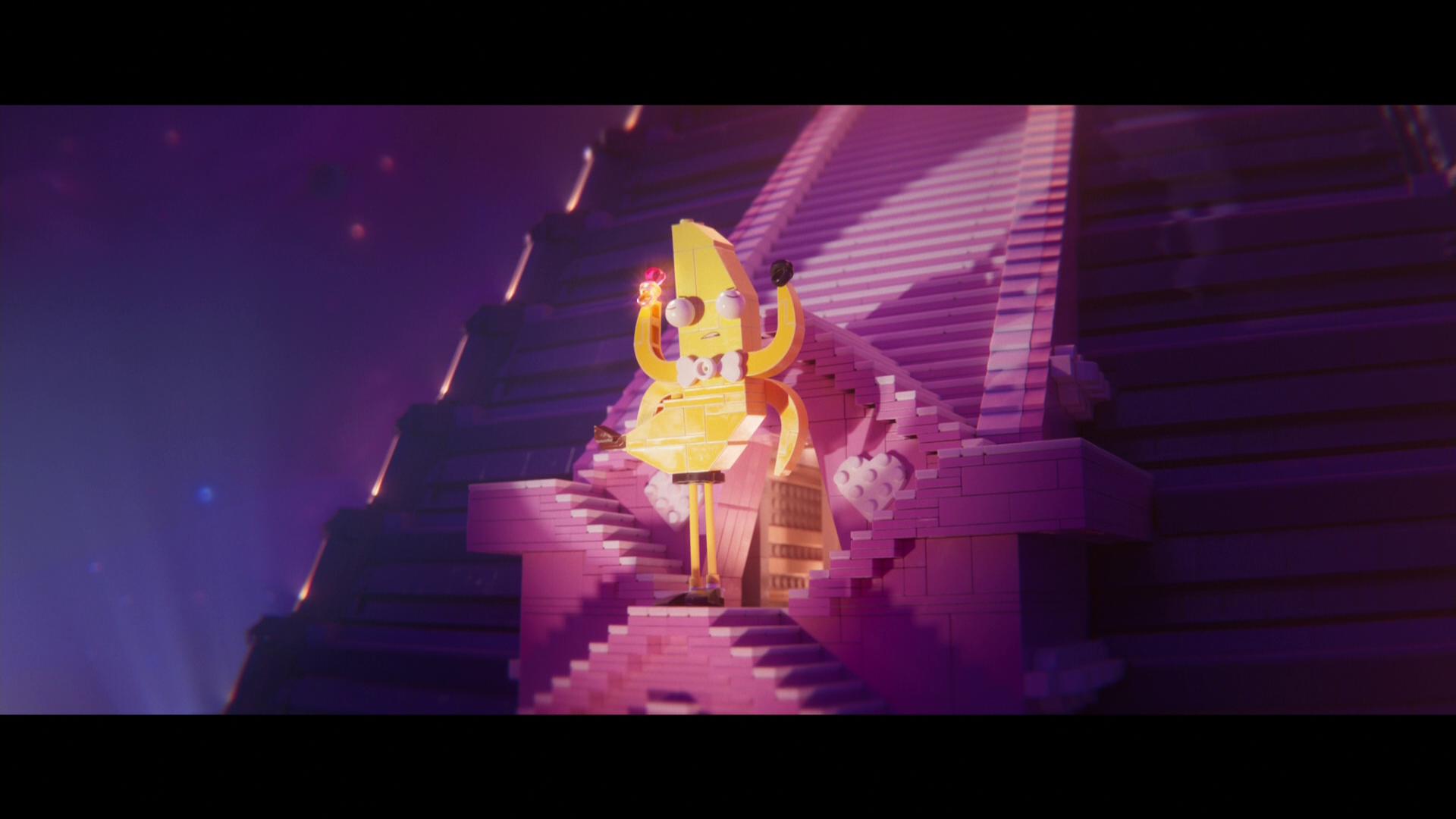 Sure, The Lego Movie felt innovative and offered a new concept to the world of home cinema and children’s movies, and The Lego Movie 2: The Second Part is just a continuation on that experience, everything about this new movie continues to offer a sharp delivery, and sincere storyline that, overall, offers a really nicely done storyline that my wife and I both really enjoyed. With more content that’s been obviously manufactured to capitalize on the brands and characters, it still provides a pretty solid entertainment factor that even my 18-month old enjoyed. The entire experience from beginning to end was fun, and right on par with what we expected out of the sequel, and we’re curious to see if they continue to develop this universe further and where they’ll be taking things. 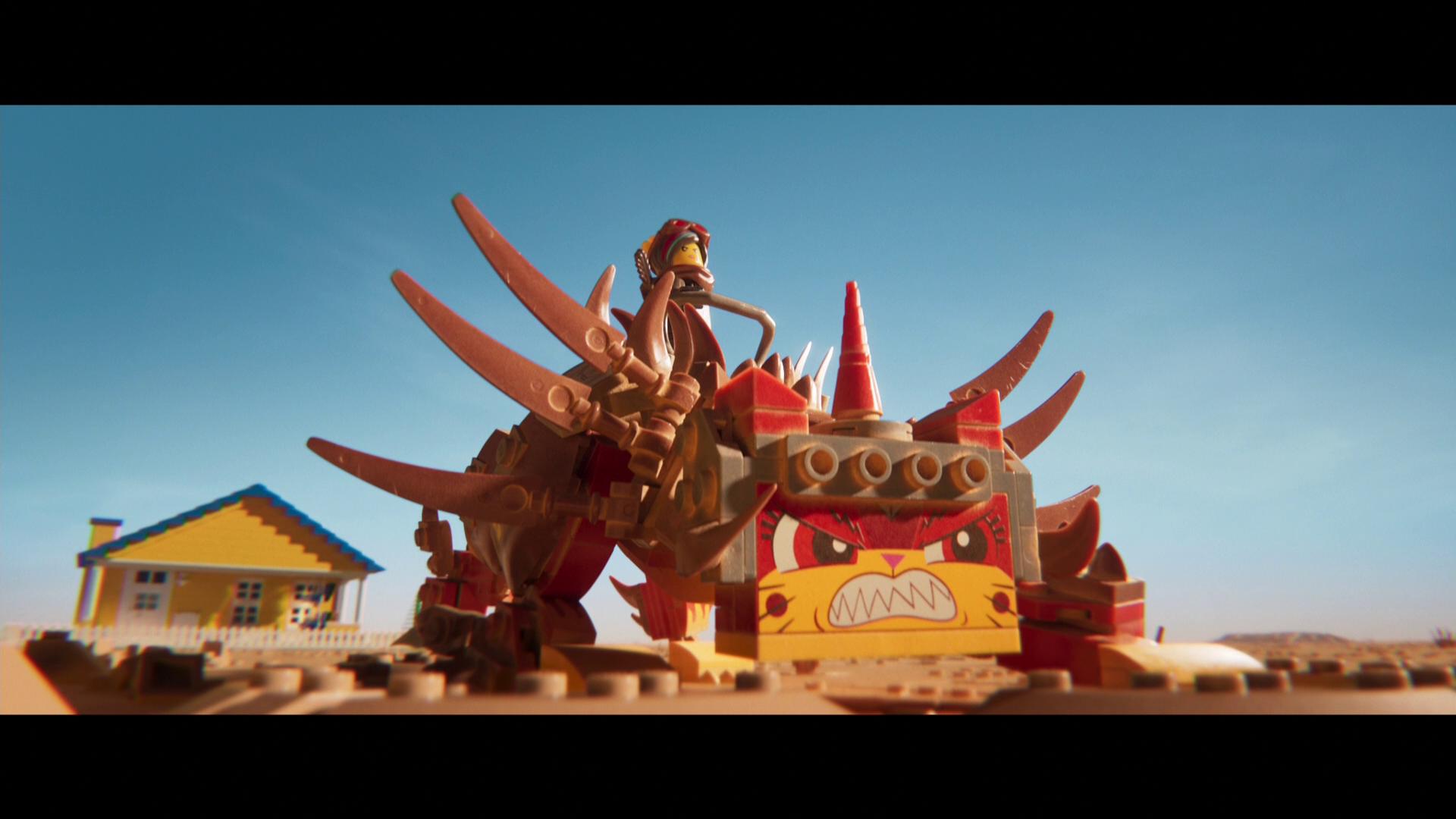 The visual presentation that comes with the Blu-ray release of The Lego Movie 2: The Second Part is absolutely fantastic. As expected, it delivers an immense amount of colorization to the imaginary world, and the animation efforts were insanely seamless, allowing for a clear distinction between the various elements of the scenes. The human skin tones are visually accurate, and the textures from within the lego world are noticeable more detailed than I remember them being in the first movie (I assume because of the technological advancements that’s been made since). Image clarity is excellent, and the black levels are very well defined. Overall, the Blu-ray release offers an exceptionally noteworthy presentation that was definitely enjoyed in my household.

Packaged with an English Dolby Atmos audio track, the Blu-ray release of The Lego Movie 2: The Second Part offers a pretty damn fine audio experience for those of you that are setup with Atmos receivers at home. With a pretty impressive bass portion, the track offers an impressive range of low and mid-range levels that did a great job at shaking my living room floor. The bass complements the more action oriented sequences well, and the other channels of the track carry plenty of movement with the transitions in between them being effortless, and really does a great job at making you feel as if you’re right there in the middle of everything. The dialogue is crystal clear, and the characters are able to be heard and understood without any need to manually adjust the levels as it progresses onward. 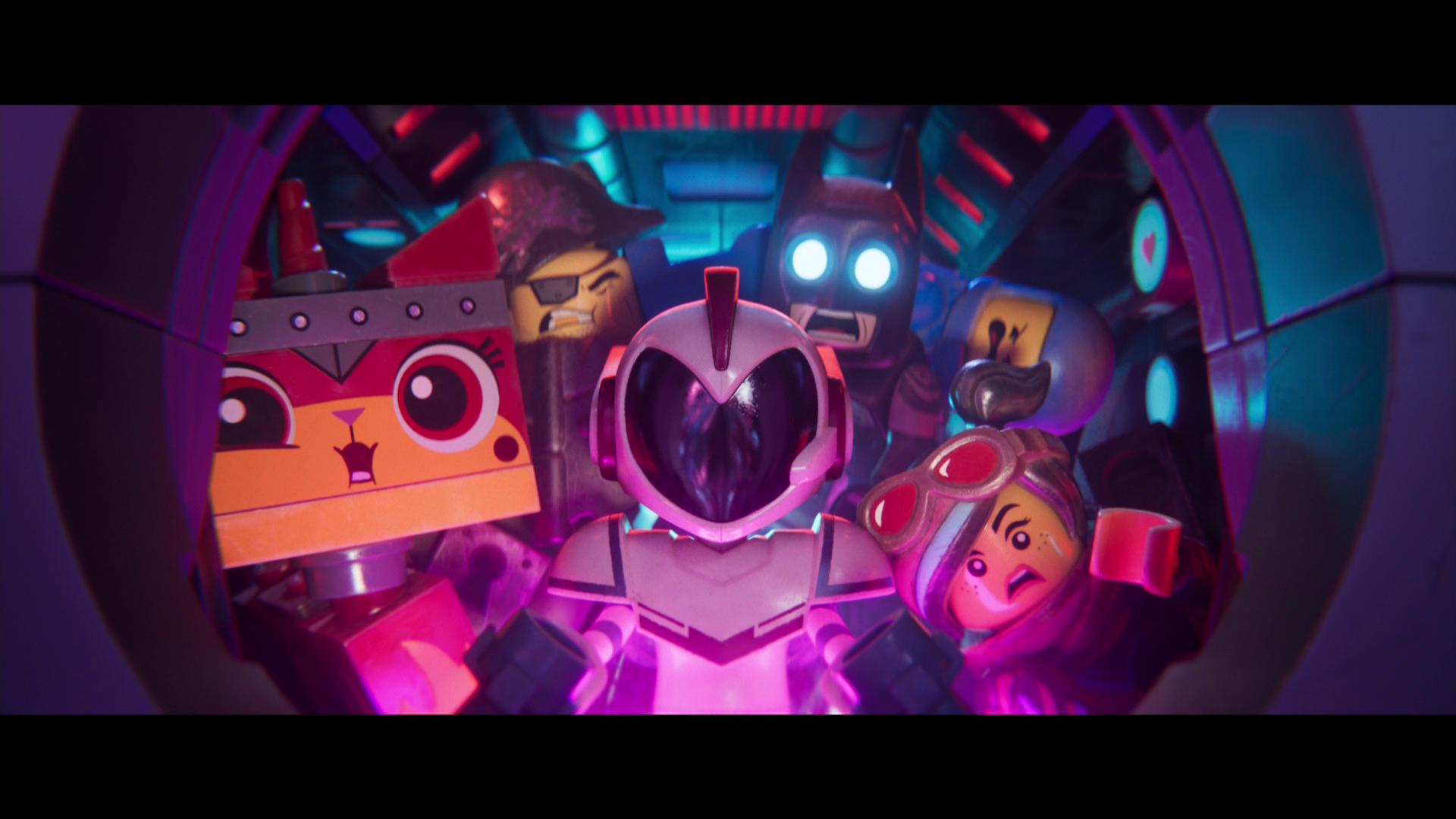 The Lego Movie 2: The Second Part is packaged in the standard two-disc Blu-ray amaray case.  In that case, the standard Blu-ray copy and standard DVD copy of the movie.  Neither of those discs feature any artwork that’s related to the movie outside of the standard release text.  There is a digital copy included, as well as a slipcover that’s been made available in the original pressing of the release that features the same artwork as the case. 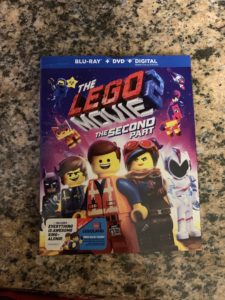 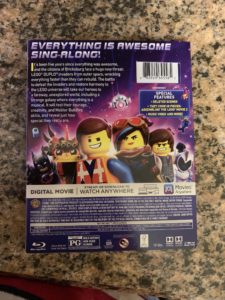 There are a number of special features included with The Lego Movie 2: The Second Part. Most of it is definitely kid-oriented, with a good bit of it sharing not only the experiences that were had by the cast and crew members as they worked on the movie, but a nice view at some of the work that went into making the movie. Included with this release is: 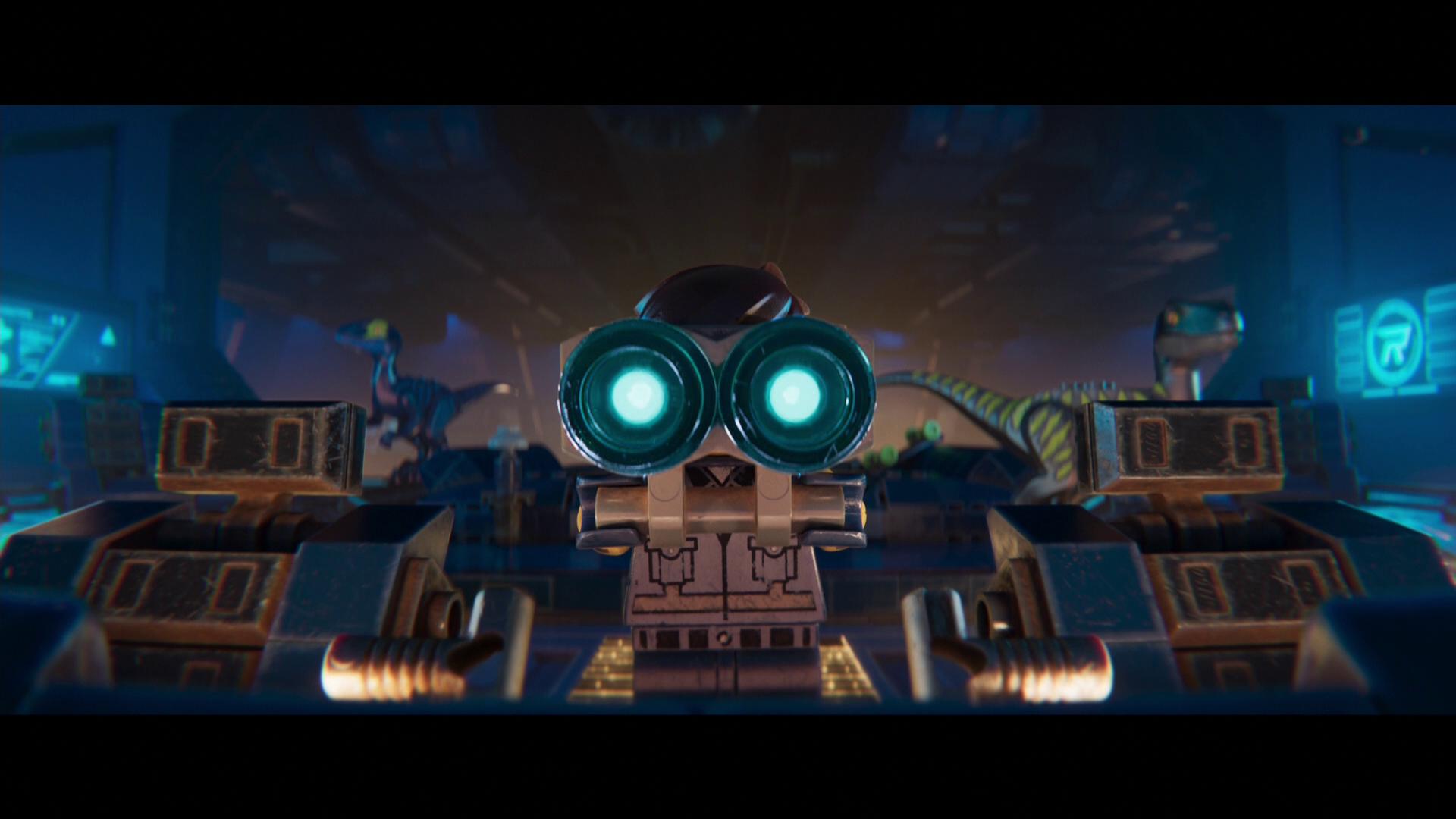 Overall, I really enjoyed The Lego Movie 2: The Second Part. It wasn’t as fun as the first film, and it felt that this was made to ride the success of the first one; but, generally speaking, my wife and I both had a great time sitting down with it. The video and audio quality of the Blu-ray release were both clean, clear and offered a great experience. If you’re considering this release for your collection, I’d definitely recommend picking it up if you too enjoyed the earlier movies. The Lego Movie 2: The Second Part is available on 4K UHD, Blu-ray and DVD today. 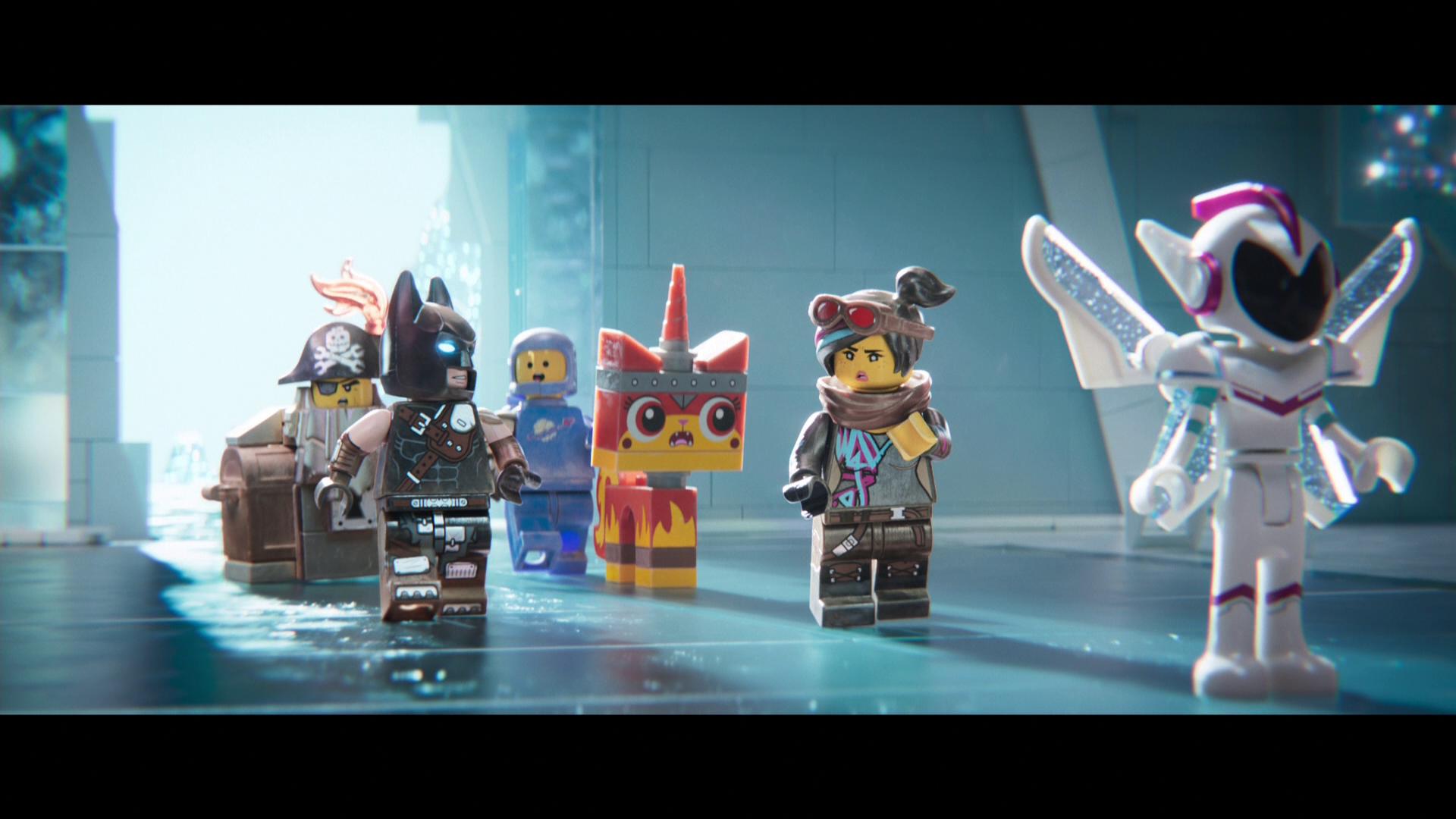