With a cast featuring well known actors like Alexander Skarsgard, Margot Robbie, Samuel L. Jackson, Djimon Hounsou, and Christoph Waltz (playing a Belgian villain, his specialty), one would think that The Legend of Tarzan was well on its way to being a slam dunk from both a critical and financial standpoint. However, big names do not always guarantee success, as so much of what goes into a movie depends on the script, story, and execution; talent only goes so far. The Legend of Tarzan brought in just over $365 million worldwide, which, when compared to its $180 million production budget, was almost surely a financial disaster for Warner Brothers after marketing and promotional costs. 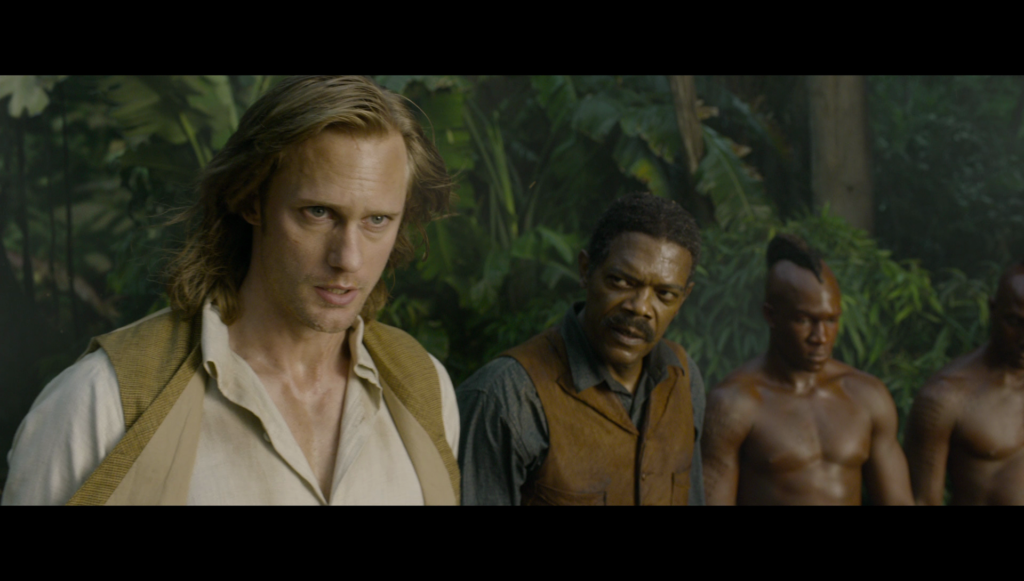 There is a lot to be said about reworking a classic tale like Tarzan, as The Legend of Tarzan takes place 8 years after Tarzan, aka John Clayton (Skarsgard), has returned to his home in England and settled down to a domestic life with his wife, Jane Porter (Robbie). Clayton is called back to the jungle at the request of the Belgian monarchy and the English Queen to help with the Belgian efforts with the natives of the Congo. The Belgian convoy is led by Leon Rom (Christoph Waltz) and it becomes immediately clear that the Belgians may not have the best intentions with the jungle and its native inhabitants.

Already, with the extensive amounts of information required to retell this story (the title slides full of text are excruciatingly long) it seems as if the filmmakers simply could not just get into the action without feeling as if they needed to explain everything that happened in Tarzan’s domestic years. We get it; Tarzan is now John Clayton, and he married Jane and is now a normal member of society. That is really all I needed to get going, but it was overkill what I was actually served. Movie studios and filmmakers need to realize that us movie fans are an easy group and pick up on stories pretty quickly, so there is no need for these extensive introductions. In fact, they typically leave us in a more negative place. 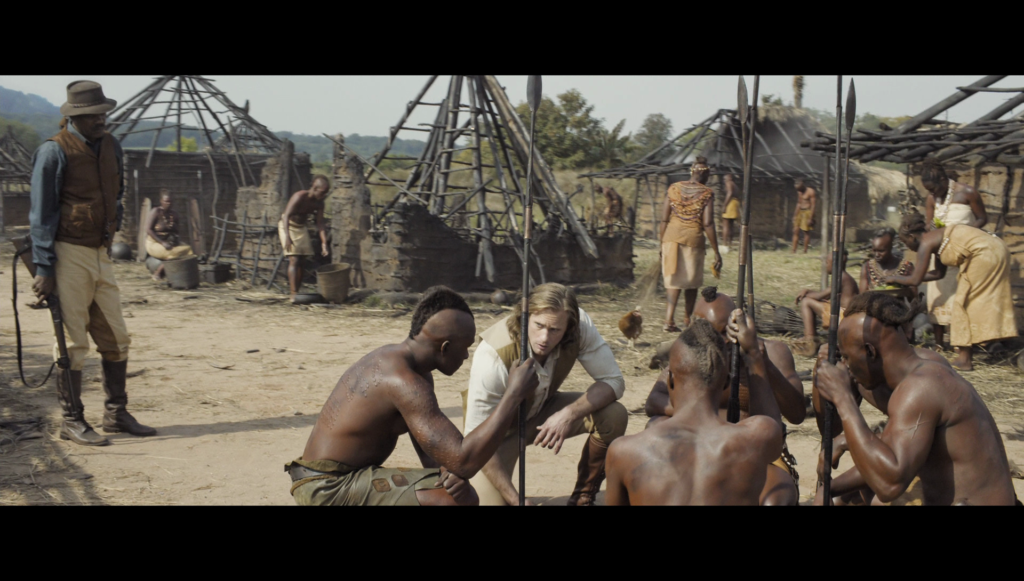 The rest of the film is typical blockbuster fun, with lots of action, CGI-everything, and some really great sequences. Robbie seems like a perfect fit as Jane, although she seems like a perfect fit in just about anything these days, and Skarsgard is a good enough Tarzan. Waltz plays his customary European villain with ease, but it is nothing compared to his turn in Inglorious Basterds where the script, story, and character was a just a bit stronger. There really is nothing revolutionary or different about The Legend of Tarzan, and in a period where moviegoers are struggling with sequel and reboot fatigue, it really stood no chance at the box office. There simply was too much lacking, and too much re-invention going on to generate interest. I could see a live action Tarzan film doing well if it was in the right hands, much like The Jungle Book, but the real fault comes from the lack of substance and poor attempt to recreate the classic character for a new generation.

CGI-laden as it may be, The Legend of Tarzan is a stunning Blu-ray release. The film was shot in 6K on a Red Epic Dragon, but was finished in 2K, due largely to the massive amount of 2K-rendered CGI. The picture is very clearly digital, with a smooth, bright feel to the majority of the film. The CGI looks excellent in some scenes, with some of the apes being rendered to a Jungle Book-esque quality, but there are also many scenes where it just seems distracting to the larger image. There are many long shots spanning the jungle which look excellent, and there is plenty of eye candy to go around. Tarzan is clearly of a high production quality, and even though the film itself does not hold up to the same standard, the visuals are a treat. The colors pop off the screen (the 4K release with HDR will likely shine) and this transfer is a perfect example of how far home media technology has come in 2016. 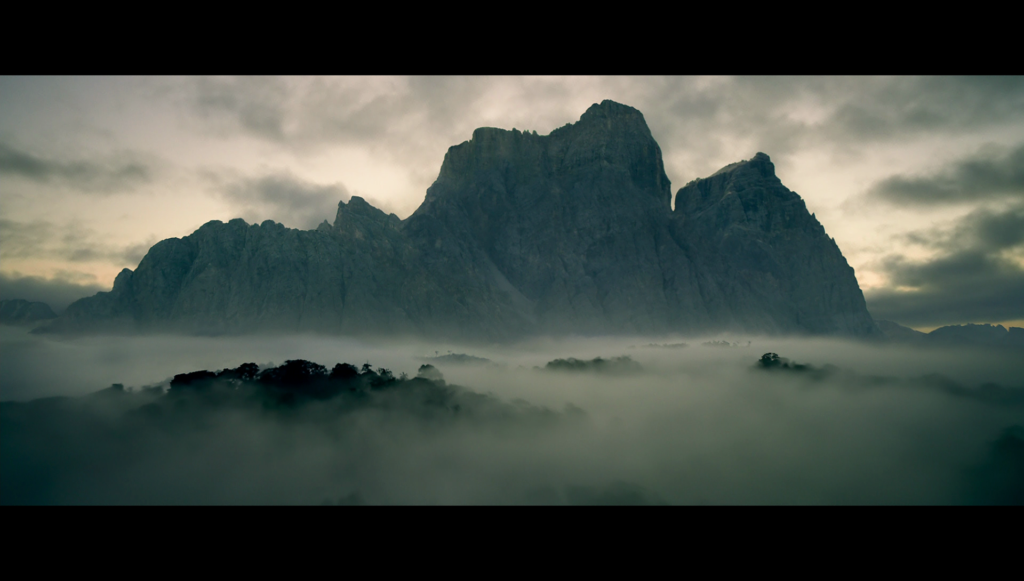 As great as the visual are, if there was a higher score than “5” for audio, Tarzan would be well-worthy. The included Dolby Atmos track (listened to on the base Dolby TrueHD 7.1 track for this review) is another excellent example of a theater-quality experience being delivered by Blu-ray technology at home. At this point, I understand why movie theater sales are slipping, because when you can make the investment in a solid home theater system (SVS comes to mind) there is almost no reason to buy a ticket. The audio track is extremely powerful, and appropriately so for a movie that was supposed to be a huge summer blockbuster. Everything in the audio experience speaks to the high-budget, and although it did not pay off at the box office, the production quality is outstanding. The surround sound experience is extremely immersive, leaving you right in the middle of the action, and dialogue and front stage effects are also well-balanced and sound excellent. Tarzan is one of my favorite home theater audio experiences of 2016. 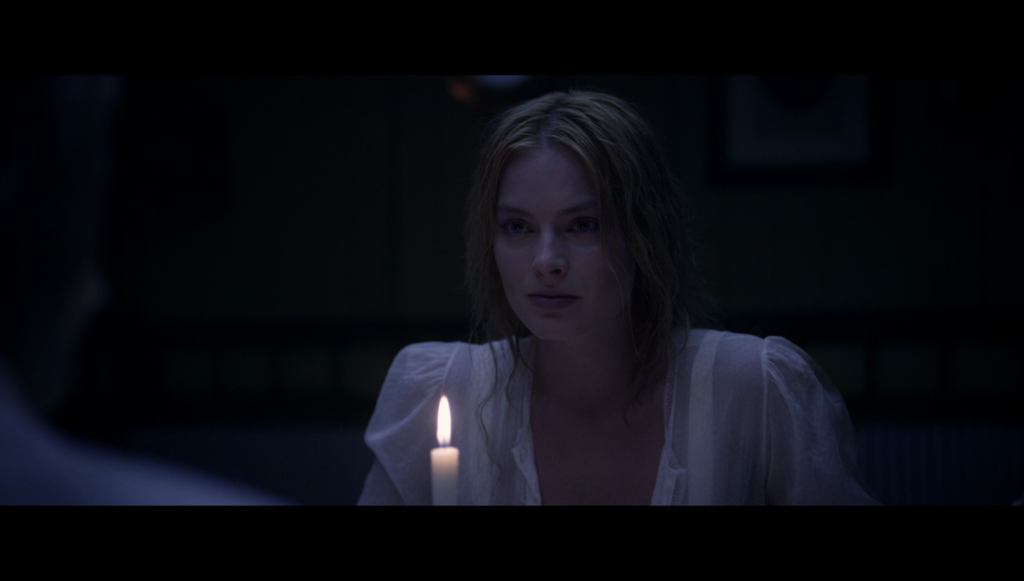 The Legend of Tarzan comes packaged in a Blu-ray combo pack featuring a single Blu-ray disc, a DVD copy of the film, and a Digital Copy redeemable on UV services. Tarzan does come with a slipcover in its first print run, and the case is an eco-case, where the plastic cutouts are behind each of the disc hubs. This obviously makes for a flimsier feel, but it seems as if collector’s preference has lost out to cost saving measures, as the eco-case seems here to stay. 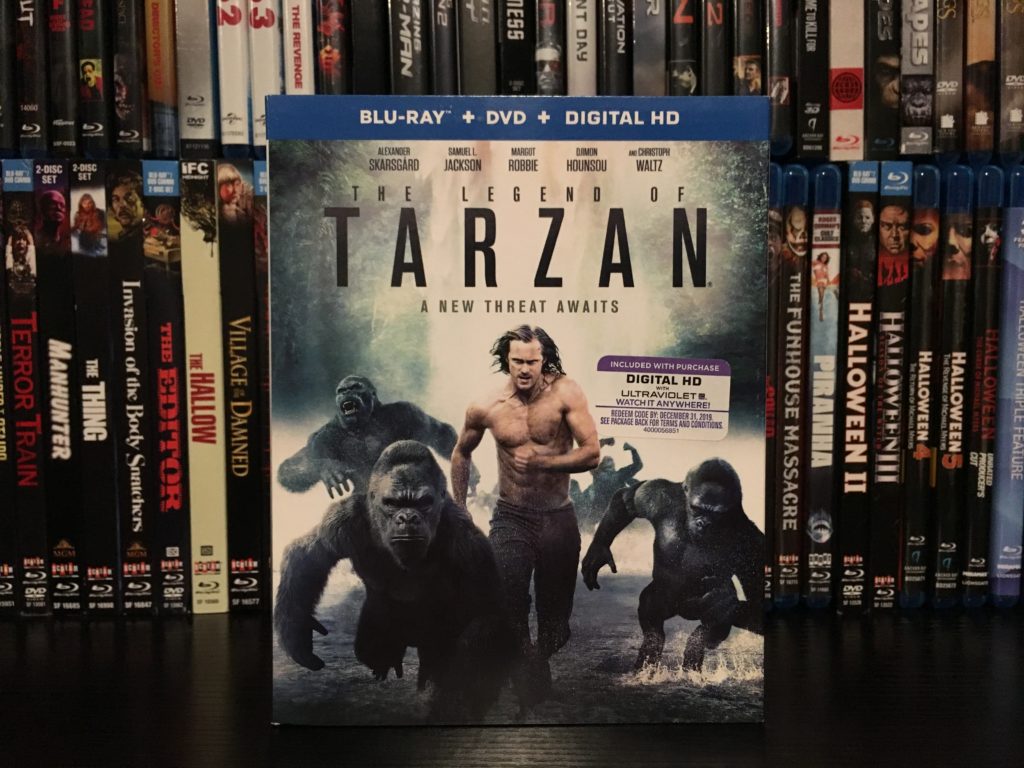 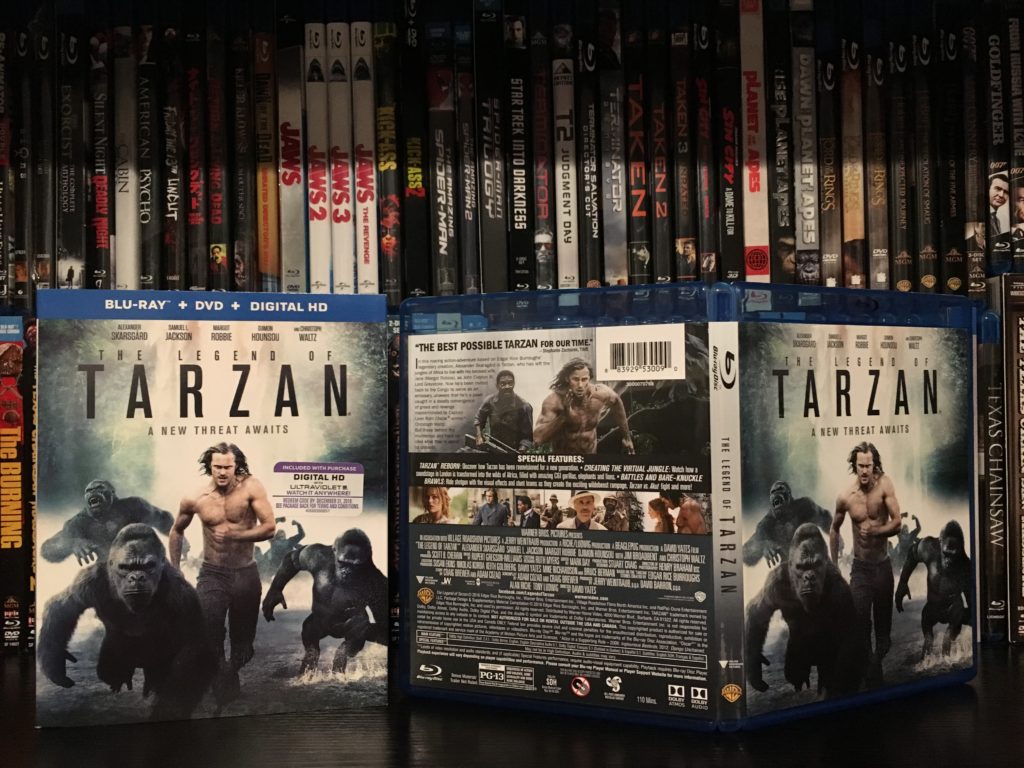 As for special features, there are a few featurettes totaling around 50 minutes of additional content. There is a PSA from Skarsgard and Robbie about the elephants in Africa and poaching for Ivory, a few looks behind the scenes at the CGI and fight scenes, but nothing really groundbreaking for a film that already fails to deliver much to care about in it’s 110 minute runtime. Hardcore fans may get something out of these features, but I was left disinterested for most of them. The full list of extras are as follows: 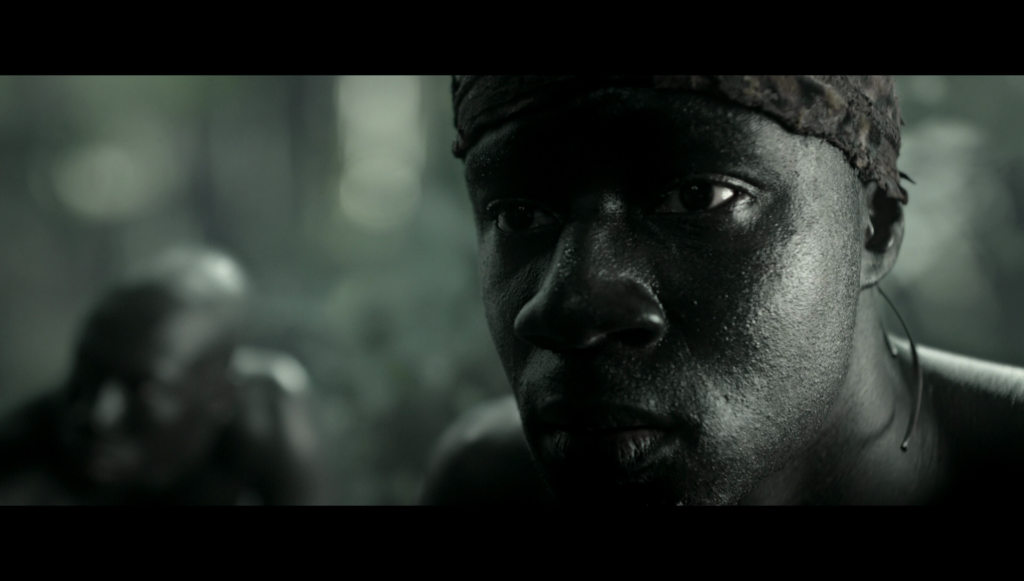 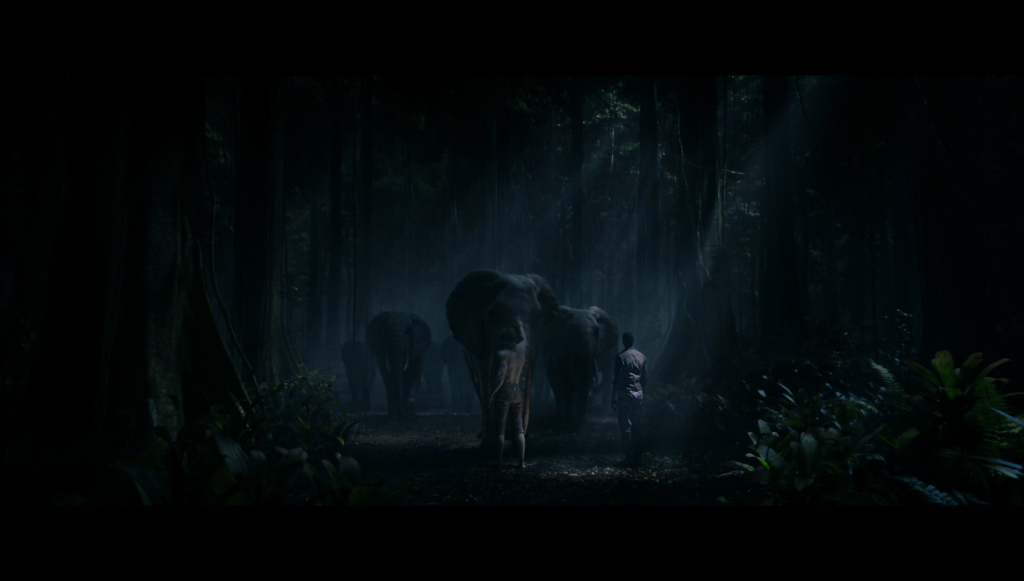 The technical quality of The Legend of Tarzan are as good as it gets, and could serve as an excellent reference disc to show off your new display or home theater audio configuration. Unfortunately, the film itself is pretty weak, although some may get enjoyment just from watching the cast have their go at these roles, as it is certainly a talented group. The special features will only appeal to hardcore fans, and the packaging is basic and leaves a lot to be desired. The Legend of Tarzan will likely be on sale for Black Friday, and I would recommend it for the audio/visual quality at a decent price point, around the $10 mark. If you need to have it, you can grab The Legend of Tarzan on Amazon, available now.