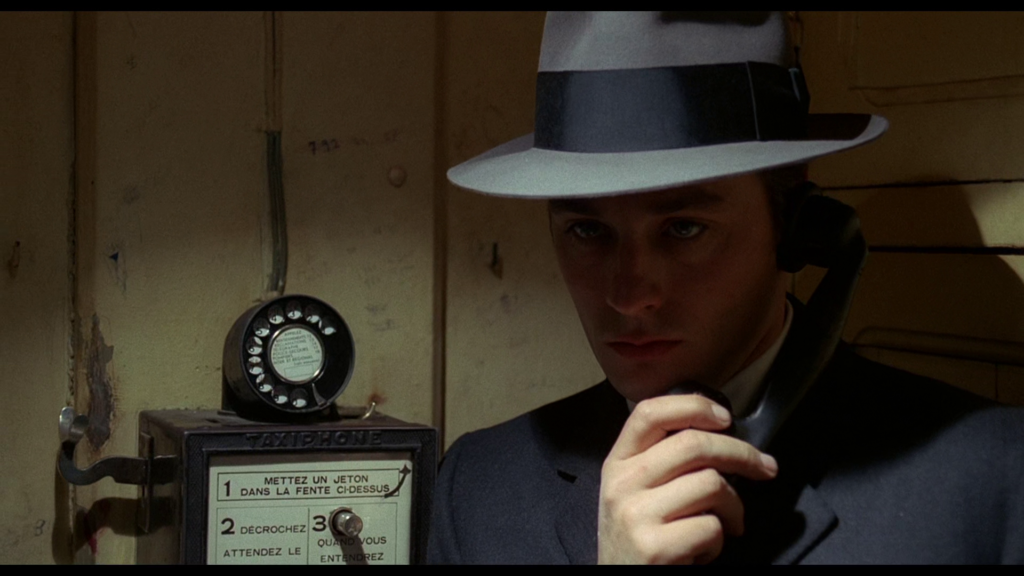 Le Samouraï is the story of contract killer Jef Costello (Delon) executing a perfectly planned hit in hip, 1960s Paris. But things get complicated when a relentless police investigator fails to fall for Costello’s alibi and begins a dangerous game of cat and mouse.

Inspired by the film noirs of the 1940s, this film is a stylized masterpiece, with minimal dialog and unforgettable images. 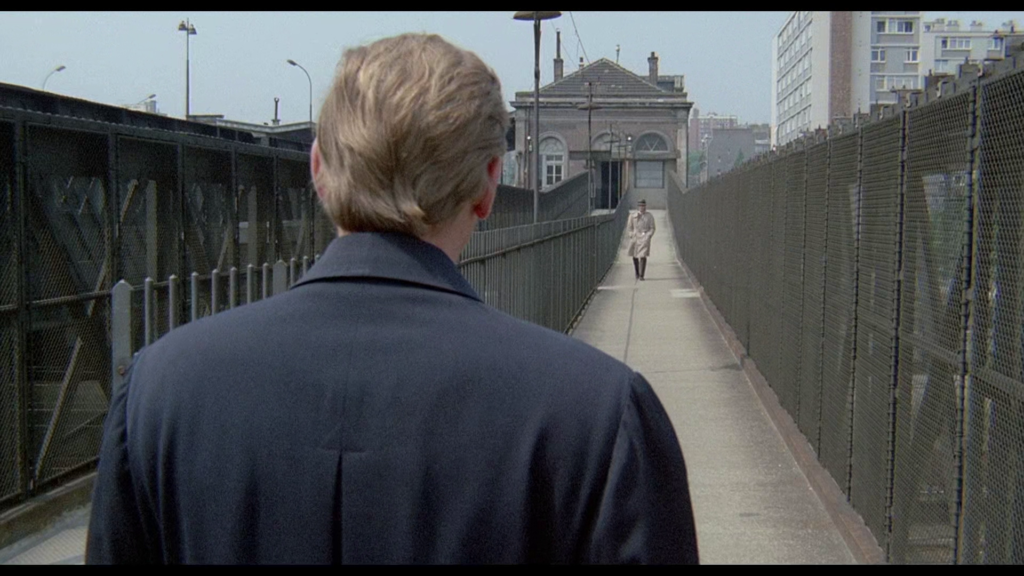 The picture quality in this restored high-definition presentation is stunning. The cinematography by Henri Decae, muted in grays and blues, is sharp with excellent contrast and depth, despite being nearly sixty-years-old. An expected amount of film grain is present. 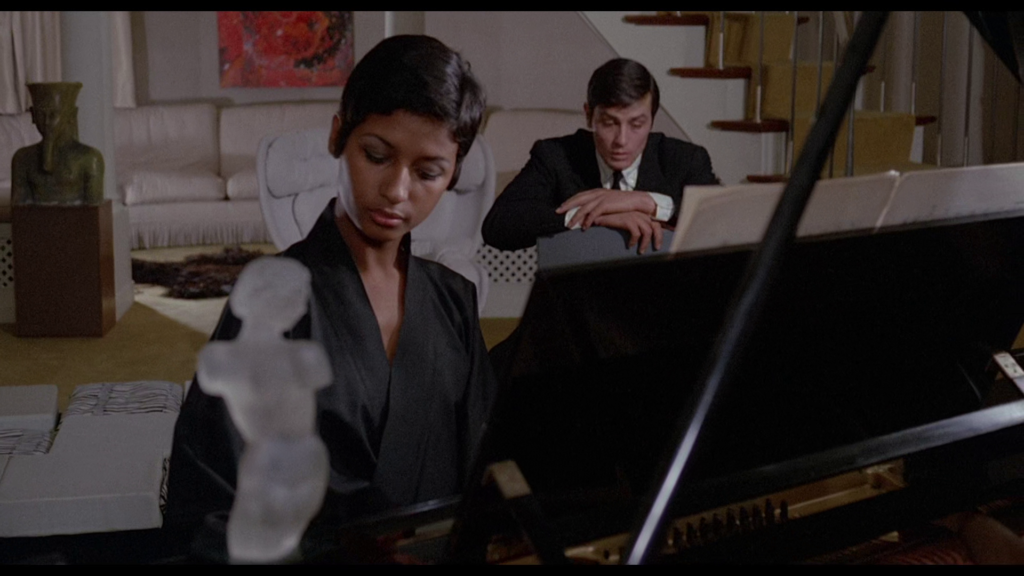 Presented with its original monaural soundtrack, the audio is robust with clarity, whether it’s the revving of a car engine, the crack of a pistol shot, or the sounds of a cool jazz band.  There are no surround effects.

Le Samouraï is packaged in a transparent plastic Amaray case, featuring a très cool photo of Alain Delon. Its double-sided printing shows through when the case is opened, revealing a key image from the film. 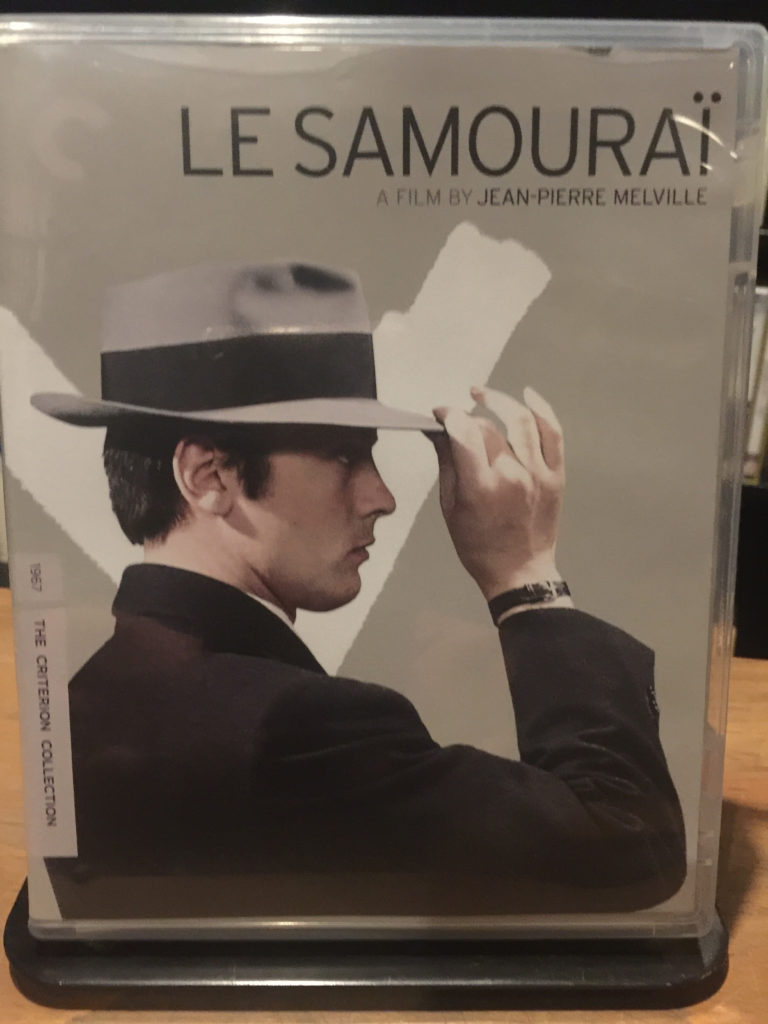 There is a single Blu-ray disc with minimalistic label design, and a full-color booklet including an essay by film scholar David Thomson, thoughts by filmmaker John Woo, and excerpts from Melville on Melville, the 1971 publication edited by Rui Nogueira, exploring Melville’s approach to filmmaking. 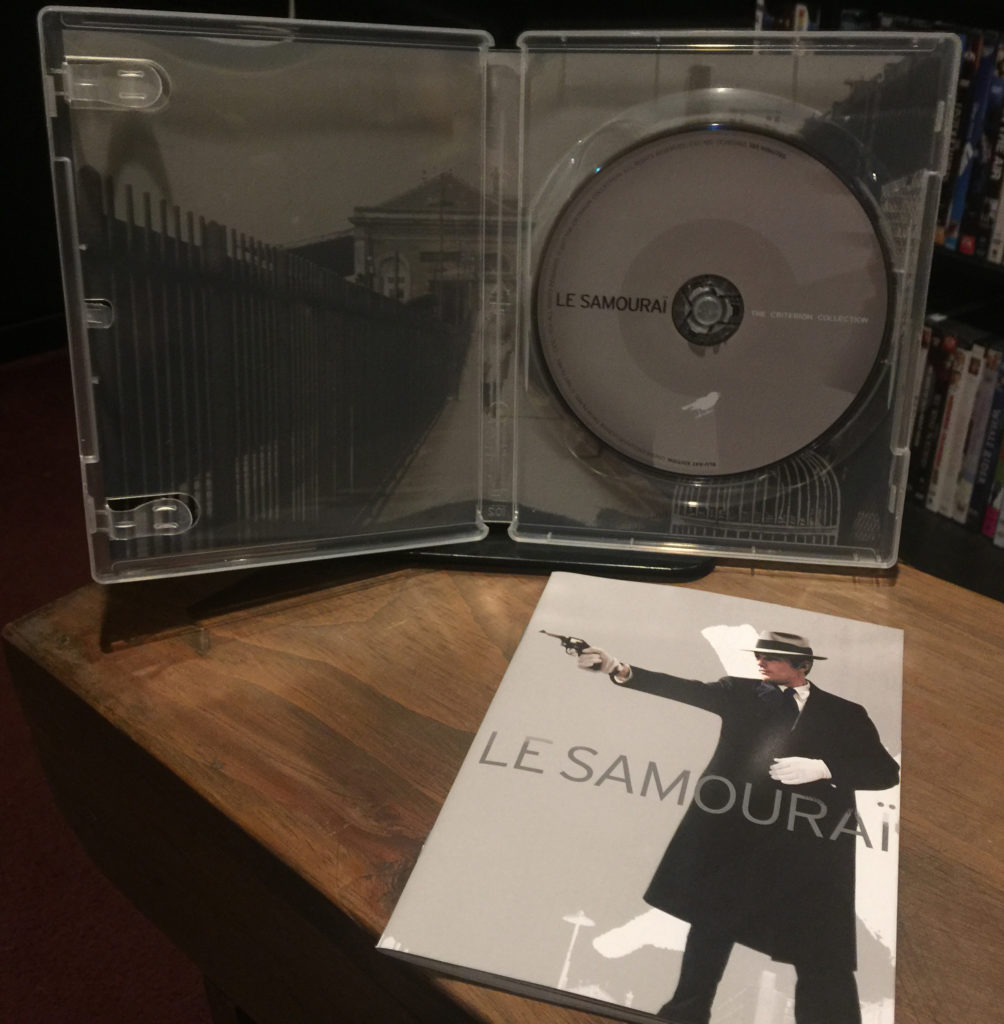 As is customary with Criterion Collection releases, this one includes many fascinating features to enhance the appreciation of the film.

Interviews from 2005 with Rui Nogueira, editor of Melville on Melville, and Ginette Vincendeau, author of Jean-Pierre Melville: An American in Paris.

Archival interviews with Melville, providing significant insight into the filmmaker’s approach to his craft, and his feelings in general about cinema, and actors Alain Delon, François Périer, Nathalie Delon (Alain Delon’s real-life wife and movie love-interest), and Cathy Rosier.

Melville-Delon: D’honneur et de Nuit (2011), a short documentary looking at the friendship between the director and the actor and their collaboration on Le Samouraï.

And the original three-minute trailer.

It would have been nice if Criterion had included a running commentary during the film by a Melville scholar, but sadly they seem to be moving away from that feature. 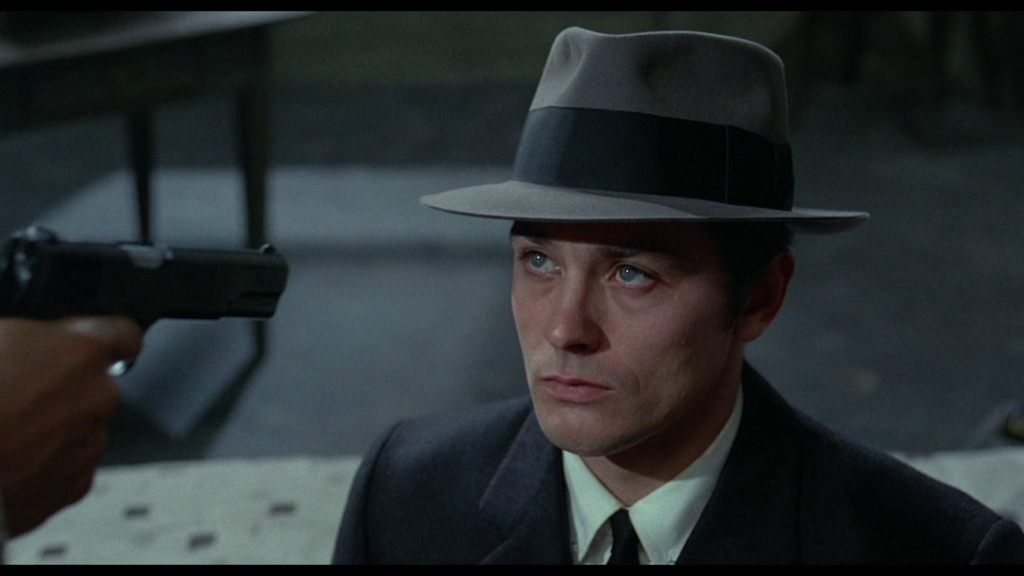 This is a classic piece of filmmaking by an unquestionable master, presented in a near-perfect package.