The Lawnmower Man is a 1992 science fiction action horror film that was directed by Brett Leonard and was written Brett Leonardy and Gimel Everett. The film is named after a short story that was written by Stephen King that operated under the same name; but, aside from a single scene, the stories are completely unrelated. Featuring stars like Jeff Fahey as Jobe Smith, a simple-minded gardener, and Pierce Brosnan as Dr. Lawrence Angelo, the scientist who decides to experiment on Jobe.

This film chronicles the scientific adventures of Dr. Angelo and his pursuit in the exploration of intelligence-enhancing drugs. Originally starting his experiments with chimpanzees, one of the chipms escapes the research facility while making use of various warfare tactics. After meeting Jobe, a local groundskeeper who suffers with an intellectual disability, Dr. Angelo realizes that he needs to have a human subject to work with. He invites Jobe over to play with some virtual reality games and after learning more about him has persuaded him to participate in the experiments, letting him know that it will make him smarter. Jobe agrees, and that’s where the fun begins. During the experiment, Dr. Angelo makes it a point to completely redesign all of the intelligence-boosting treatments and works to reduce the aggression-factors that were used in the experiments with chimpanzees.

The Lawnmower Man debuted at number 2 at the box office after grossing $7.7 million during its opening weekend, just behind Wayne’s World. Moving on to gross $32.1 million domestically against its $10 million operating budget, it is considered to be a moderate financial success. After the success of this film, Leonard went on to make another virtual reality film named Virtuosity that starred Denzel Washington and Russell Crowe in 1995. A sequel, Lawnmower Man 2: Beyond Cyperspace was released in 1996 with Austin O’Brien as the only returning cast member from the original film. It was later re-titled as Lawnmower Man 2: Jobe’s War for its home video release. The series has since spawned two video game releases, The Lawnmower Man in 1993 and Cyberwar in 1994. 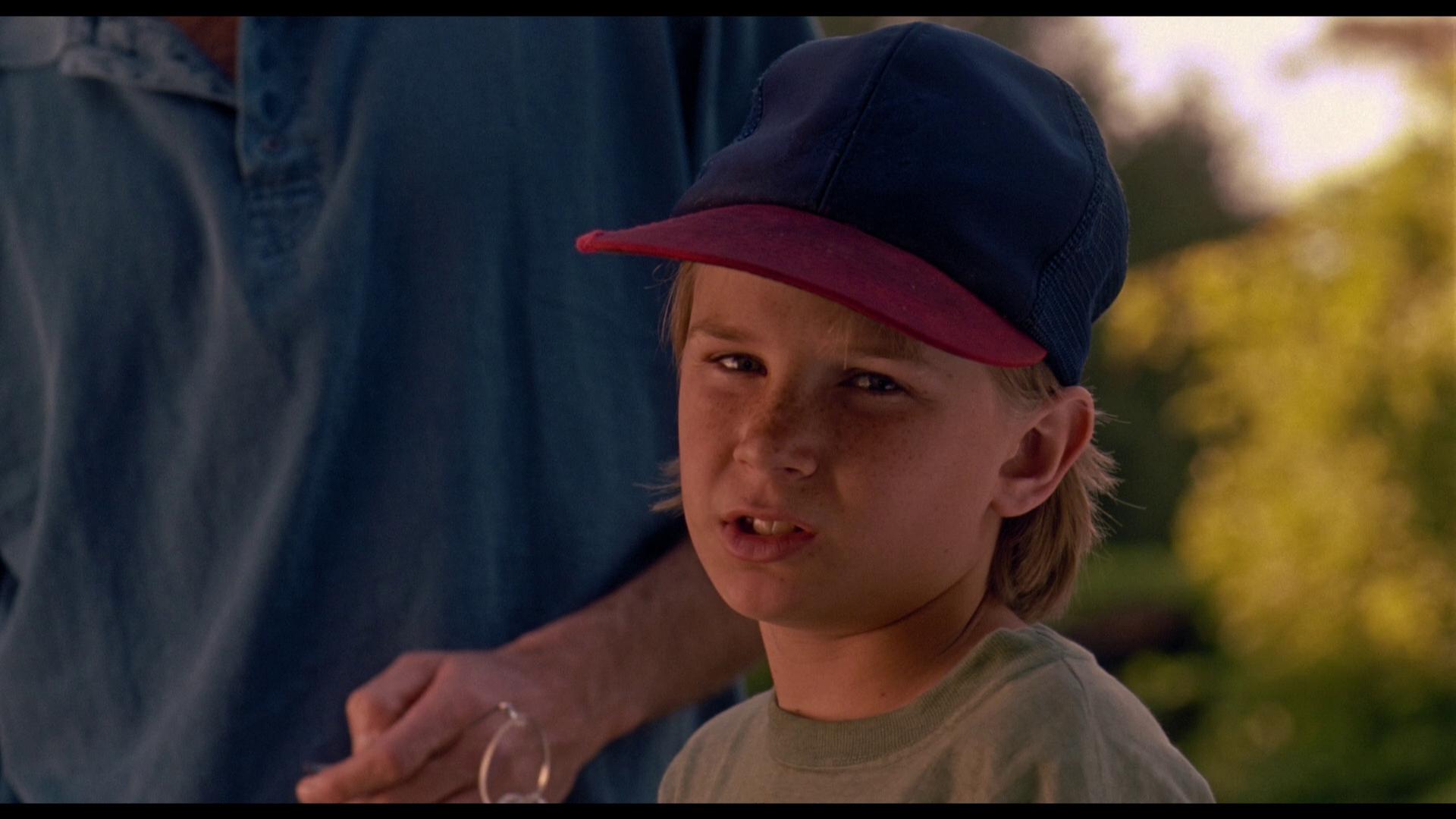 The Lawnmower Man was always one of my favorite films as I was growing up.  I remember watching this film several times on my old VHS copy that I had practically worn it out.  This film is definitely one-of-a-kind with the story and presentation.  There’s suspense, there’s adventure, there’s pretty much everything I truly enjoy made available in this film.  It should be noted that I didn’t give this movie a full 5/5 because I’ve only watched the Theatrical Cut as I wanted to re-visit the experience I enjoyed years ago.  My wife and I will be visiting the Director’s Cut this weekend as I am truly curious to see what the additional 39 minutes include.

It is truly great to see that The Lawnmower Man got the treatment that it deserved.  With this release being presented in 1080p, coupled with the Scream Factory name, you know that there was a lot of work put into this release and it is definitely appreciated.  The overall picture quality of this particular release was absolutely jaw dropping.  Presenting a vast palette of colors with the CGI scenes.  Everything about this release was crystal clear and we were able to visually see and understand everything as we watched through it.  Watching through this release truly felt like it did when I was a kid watching this back in the ’90s – absolutely amazing. 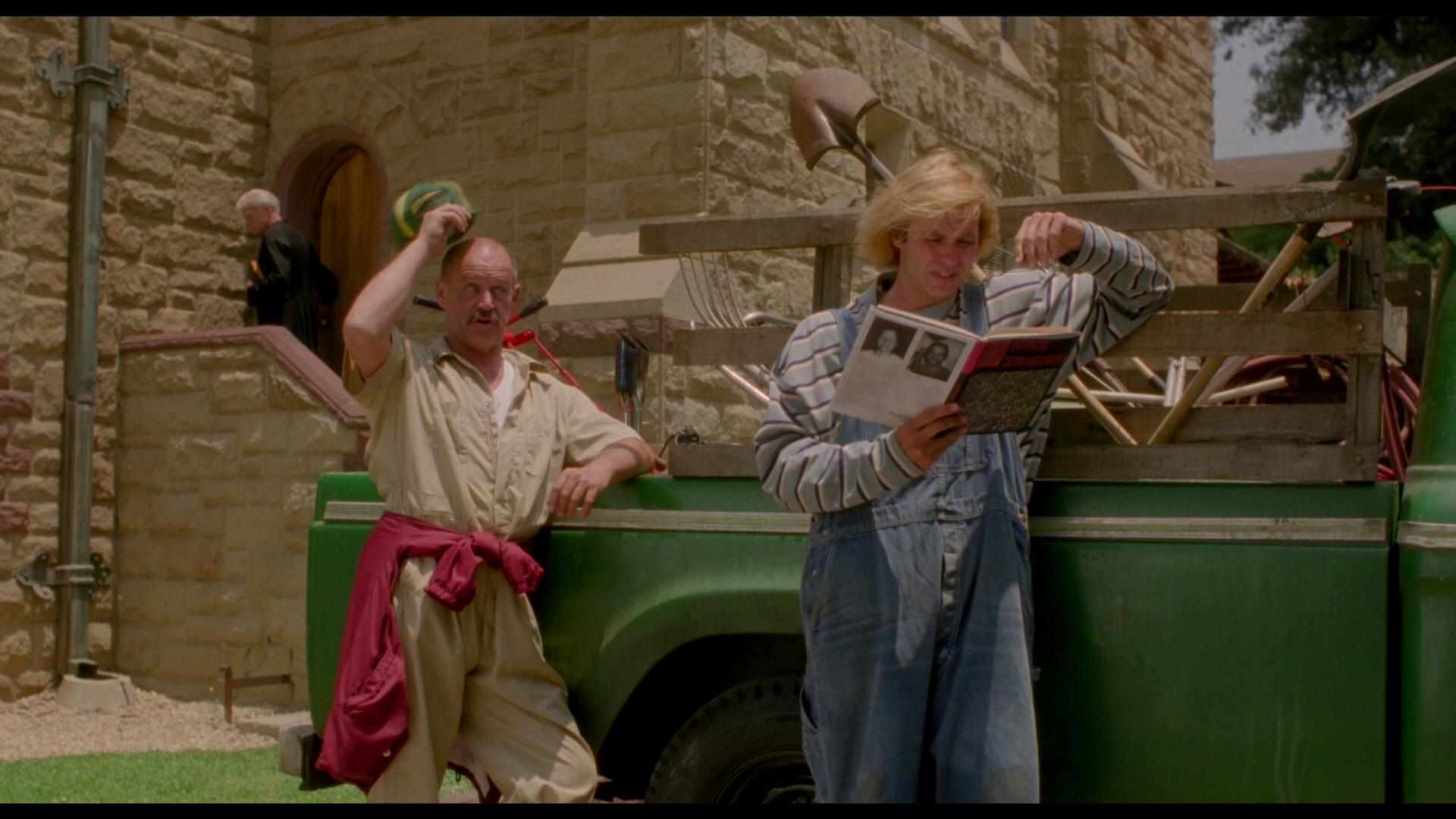 Presented with a DTS-HD Master Audio 5.1 track, The Lawnmower Man sounded abso-fucking-lutely amazing as the audio roared through my home theater system.  Making use of all of the available channels for said track, it really offers an immersive experience for home viewers.  During the more action-oriented sequences, the sound really power-housed through the subwoofer and really made an impression as it was about to get real.  Personally, I would’ve loved to have seen a 7.1 track with this release, however that shouldn’t be a deterrent from grabbing this release. 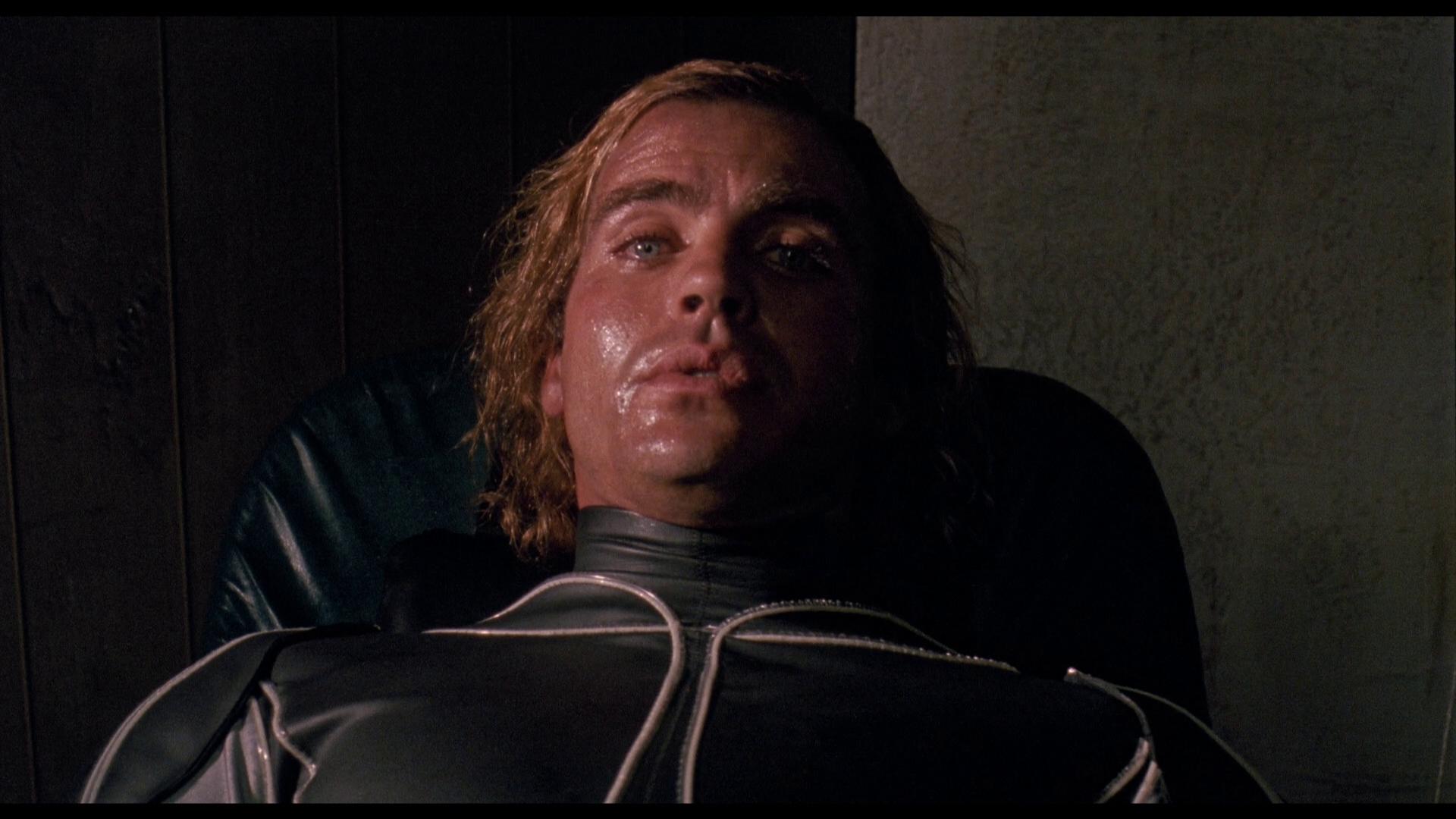 In typical Scream Factory tradition, The Lawnmower Man comes packaged in your standard Blu-ray amaray case.  The case contains two Blu-ray discs, one featuring the theatrical cut of the film and the Director’s Cut featured on the other disc.  Each disc features a different piece of artwork that is relative to the film.  There are no DVD copies of the film nor are there any digital copy redemption pamphlets.  The amaray case artwork is reversible with this release and there is also a slipcover that’s been made available for the initial pressing. 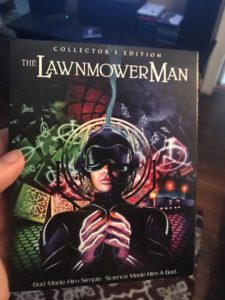 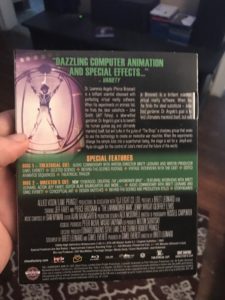 As expected with a release from Scream Factory, The Lawnmower Man comes fully packed with special features available on each disc.  Included with this release is: 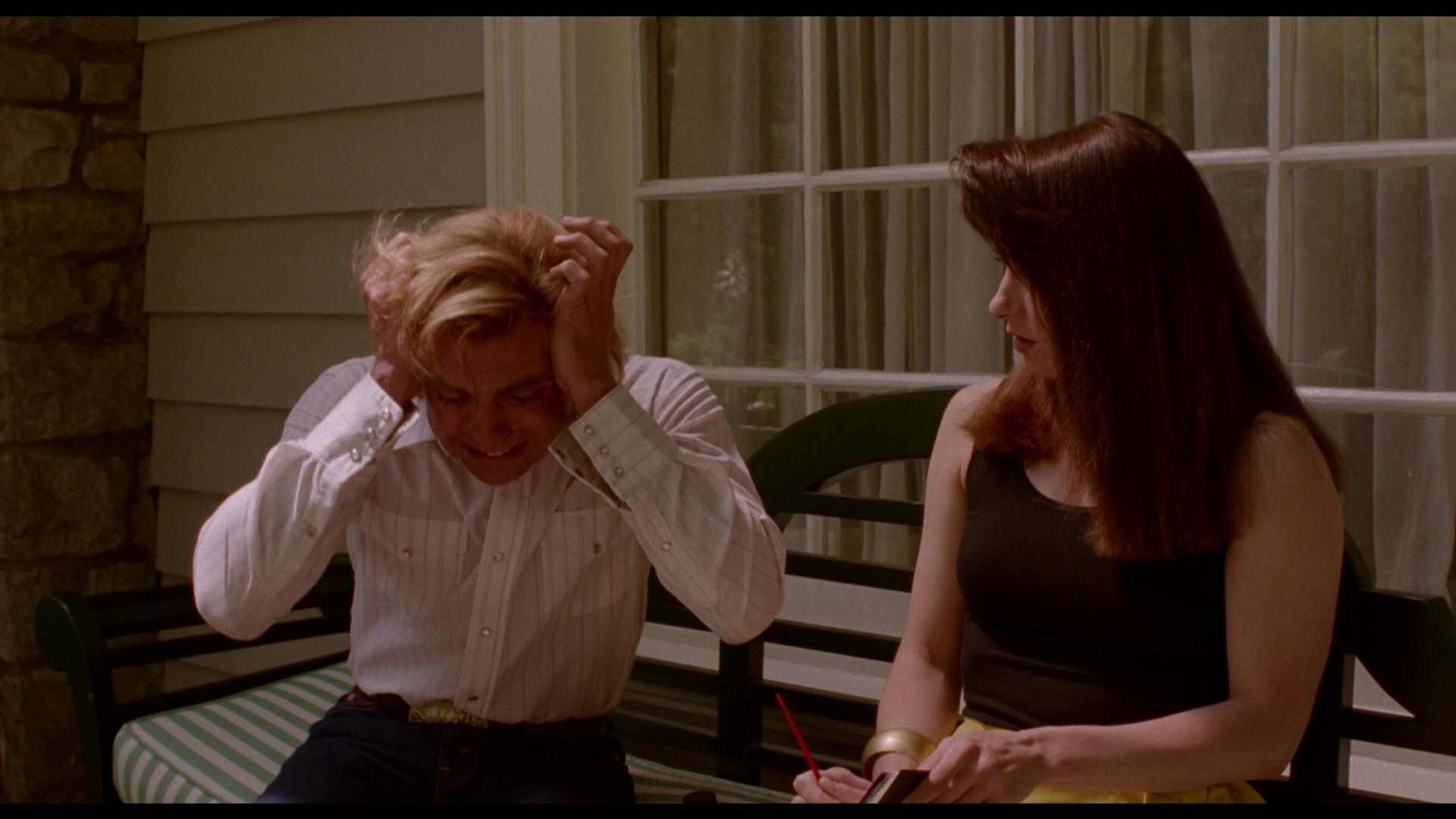 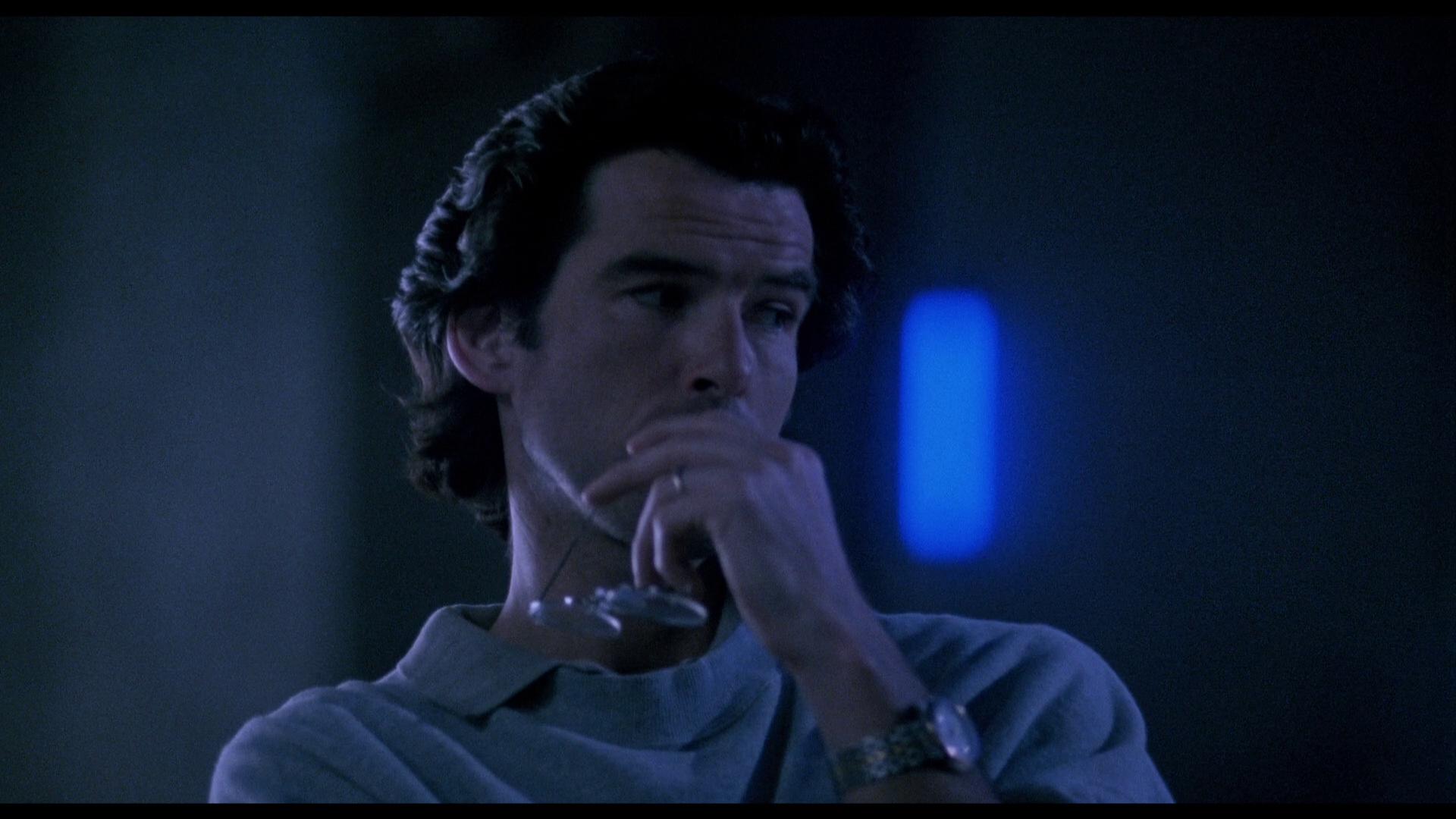 As you can see, I thoroughly loved the release of The Lawnmower Man from Scream Factory.  Being one of my favorite films from my childhood, as soon as I saw that this release was coming out, I knew that I had to grab it.  The overall visual and audible presentation of this Blu-ray was absolutely fantastic; as would be expected when Scream Factory is behind the release.  There are loads of additional features that allow you to explore the film more in depth as well as the inclusion of the Director’s Cut of the film definitely makes this release worth the pickup.  If you’re into films like this, or are looking for a film to expand your horizons and want to explore science fiction/action/horror area, definitely grab this release now. 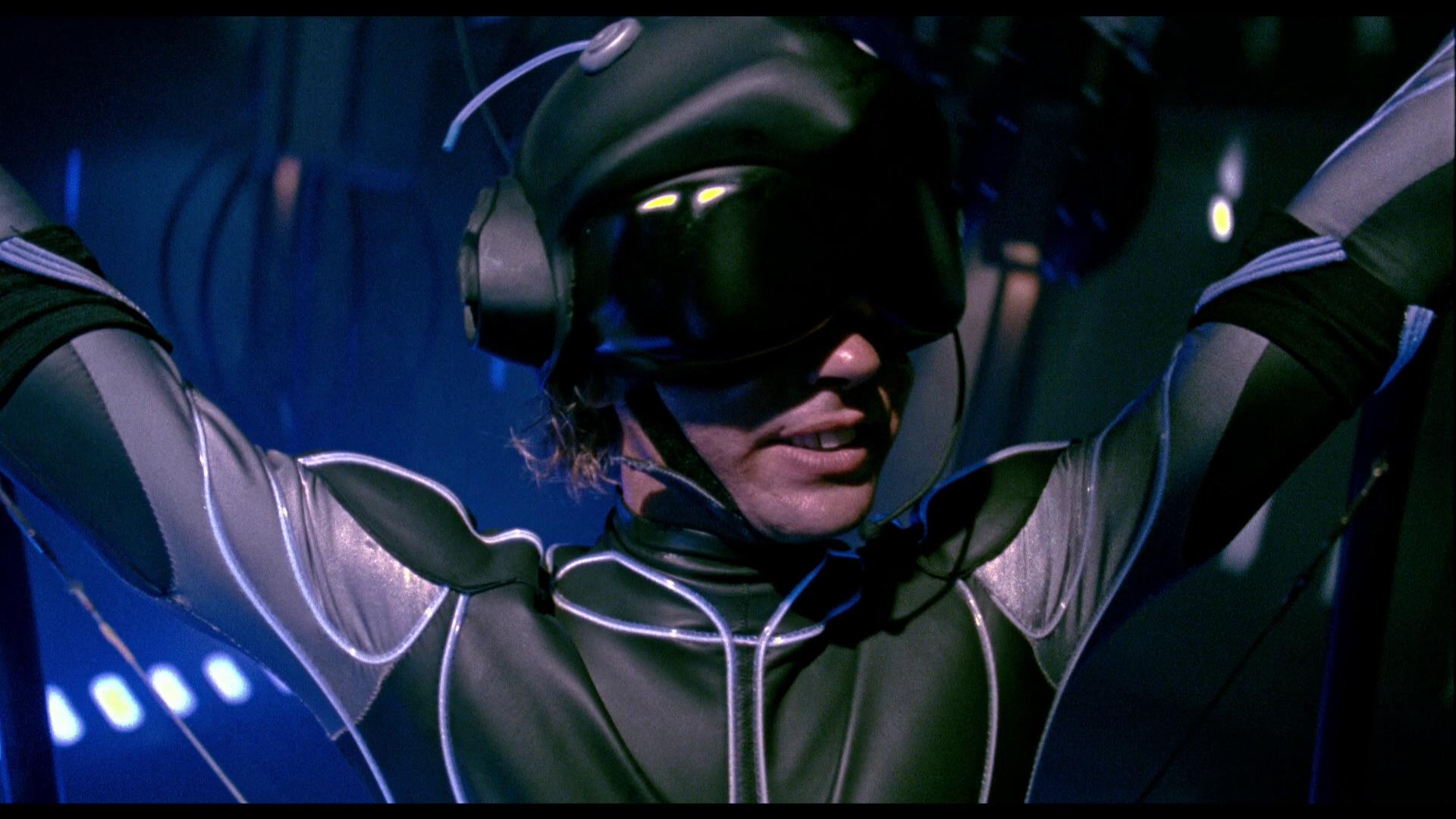