Nearly twelve years ago, something amazing happened.  A small production studio formed and decided to make films using a 108-year-old technique (at the time) called stop-motion animation.  Even though this went completely unnoticed, four short years later their first feature film Coraline would get nominated for an Academy Award and would put the studio’s name down in stop-motion history.  The studio is called Laika and ever since its conception, it has been producing awards winning films, captivating content, and completely original stories. The newest film in the young production company’s growing list of features is Kubo and the Two Strings and it very well may go down as one of its absolute best. 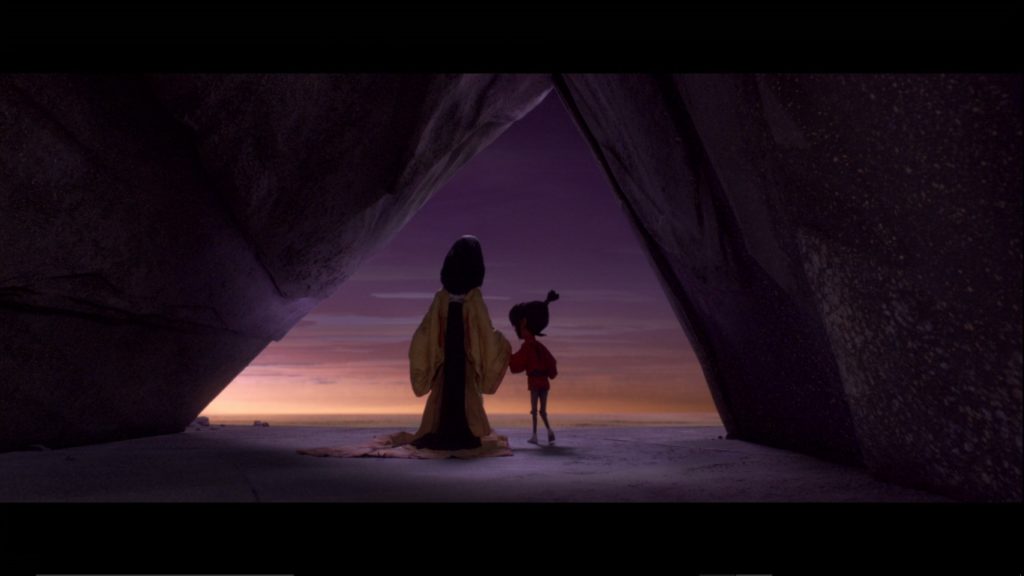 “If you must blink, do it now. Pay careful attention to everything you see and hear, no matter how unusual it may seem. And please be warned, if you fidget, if you look away, if you forget any part of what I tell you, even for an instant, then our hero will surely perish.” These are the strong and poignant words of a young boy named Kubo, the hero of our story.  This introduction successfully prepares us for an epic journey of mysticism and peril. Kubo is a natural storyteller, just like his mother, with a few pieces of paper and a shamisen (traditional Japanese guitar) at his side he is able to captivate the masses.  This is how Kubo spends his days taking care of his mother and telling stories for a few pieces of change.  We find that a piece of his mother is missing she seems to lose fragments of her memories and even herself intermittently. Something has happened in their past.  As it turns out a rift between his mother and grandfather has cost the life of his father and Kubo’s left eye.  After a run-in with his evil Aunts sets him on a journey comparable to the one he has been telling for so long.  Joined by three companions along the way, Kubo is on a mission to find his father’s armor and defeat his grandfather known simply as the Moon King.

This is a highly intimate story about the value of family and loss.  The vehicle in which this story is told is something beautiful and unique.  Laika always brings a unique quality to their films, a combination of grandiose storylines coupled with incredibly down to earth characters always makes for truly special films overall.  Kubo finds itself right alongside its predecessors and creates an absolutely unforgettable film. 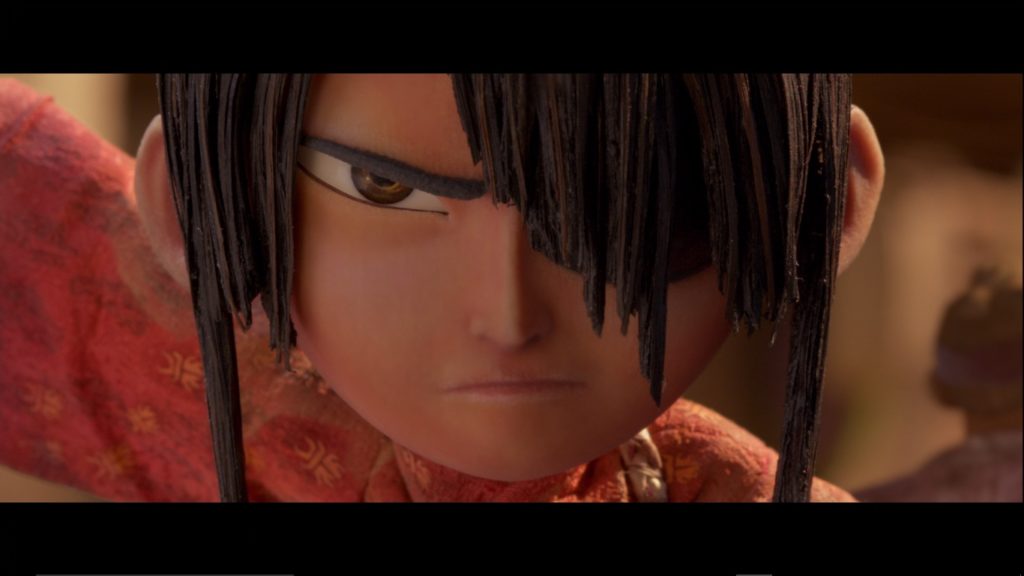 Just like its predecessors this film has its own look and feel that sets it apart from anything you have ever seen before.  With the use of intricate techniques and hundreds of man hours, Laika has created an entire world once again.  With unique characters and a complete one-of-a-kind scenery, this film jumps off the screen and has so many visually striking moments it is hard to pick a favorite. With first time director Travis Knight at the helm, Kubo and the Two Strings has a completely new feel to it.   Knight had been involved in every other film as either lead animator or animator, giving him the opportunity this time around to create something exactly the way he wants.  He created this is film in a way you are able to completely lose yourself in the story. 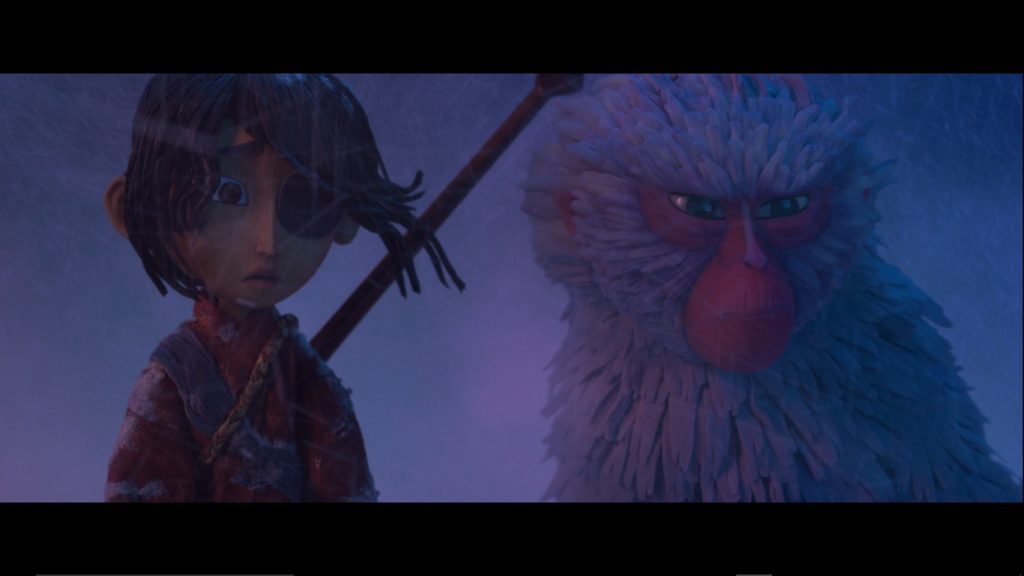 Kubo feels big from the very first minute.  This is a grand tale of epic proportions and it is only suiting that the score would be to that effect as well.  Dario Marianelli does so well in captivating the audience whether it is something dramatic and daunting or a gentle, intimate family moment the score is fitting.  A lot of the story is guided by the music of Kubo’s Shamisen this successfully creates a very distinctive tone throughout.  It seems perfectly edited for home viewing as well. 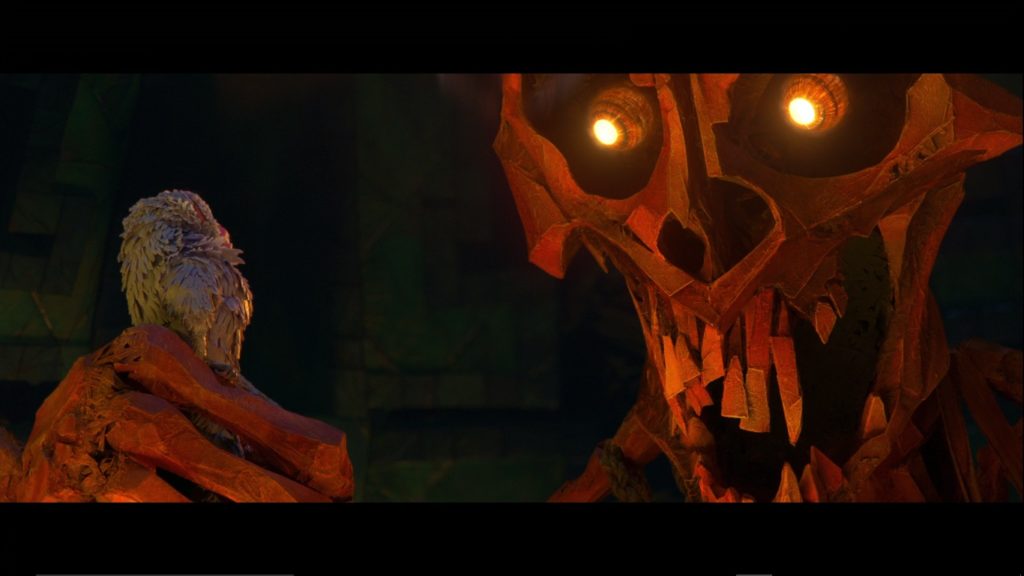 The packaging for Kubo comes in relatively standard for a newer release.  We get a nice slipcover with some unique artwork that is slightly raised.  The artwork, like nearly every aspect of this film, does well to point to the idea that this is going to be one very epic tale.  On the inside of the case, we have a rather disappointing disc layout with a disc on either side and what may be some sort of standard of a plain disc with red lettering on the DVD and a plain disc with blue lettering on the Blu-ray.  All in all, it’s a nice case for what has become standard and the unique title lettering does let it stand out on the shelf. 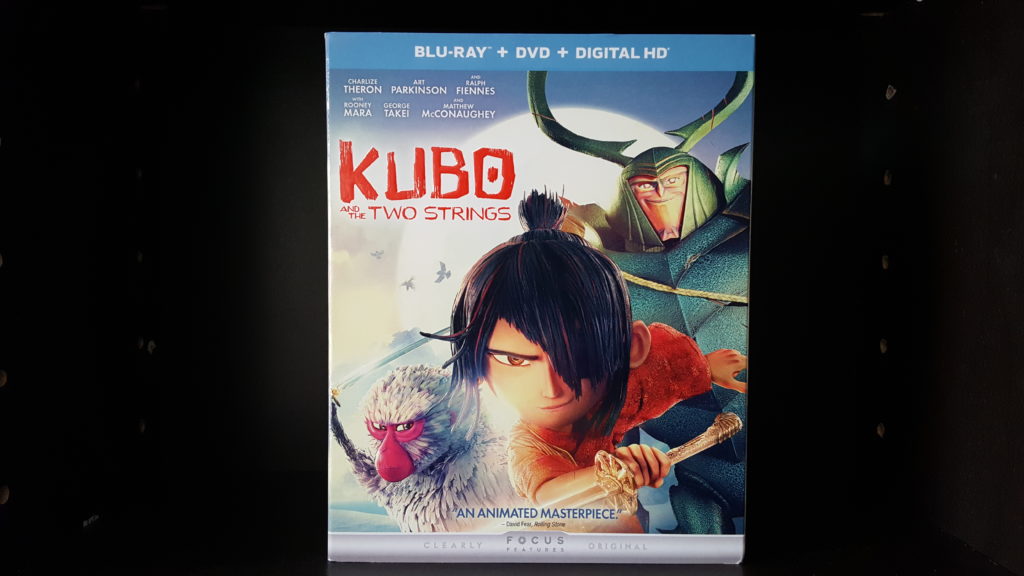 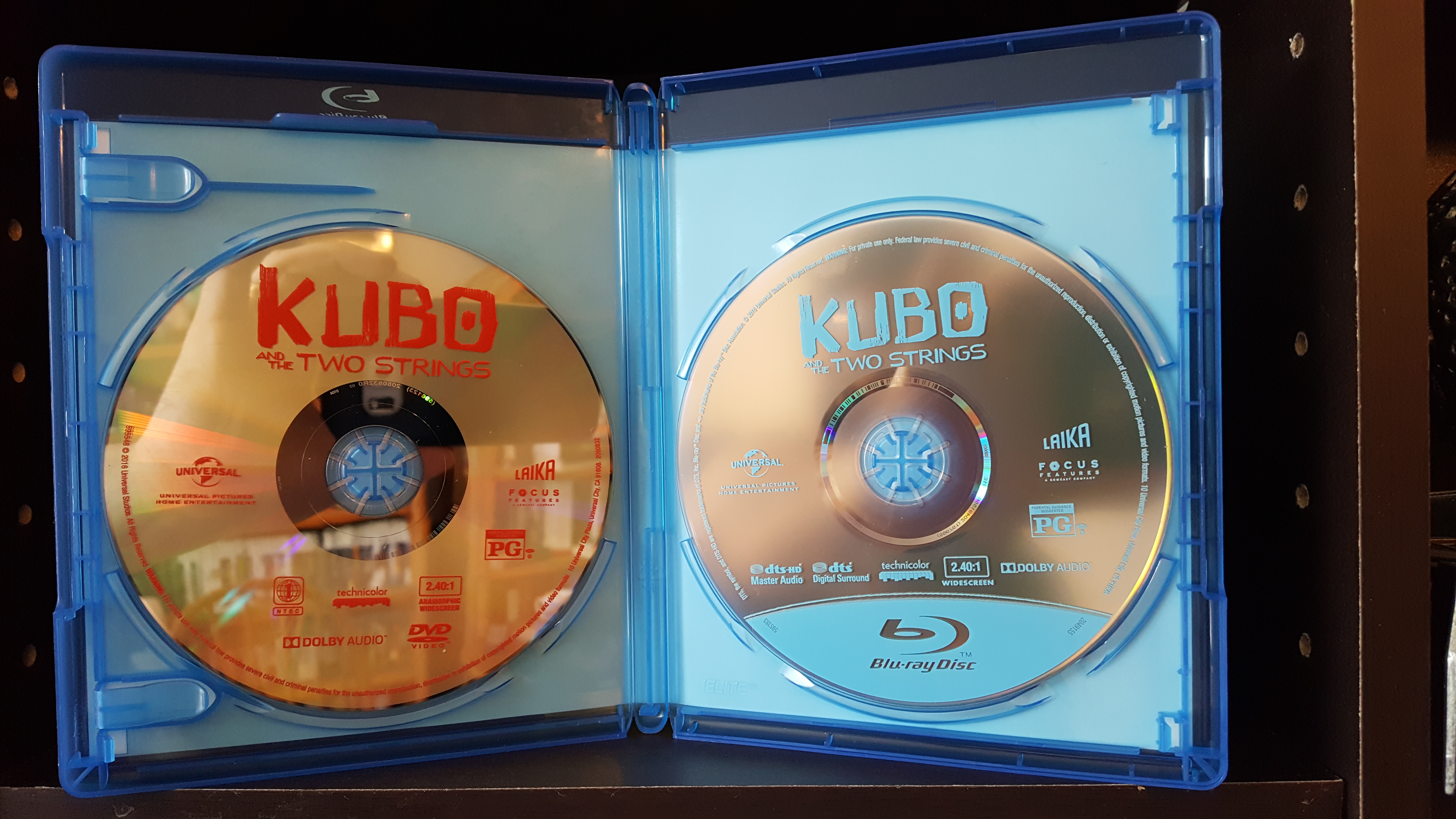 With a film like this, I really was hoping that I would get a lot of behind the scenes content that would shed some light on the making of and just how they were able to accomplish this grandiose film using stop motion.  I can say that I was not disappointed, and was delighted to get an inside look at it all. 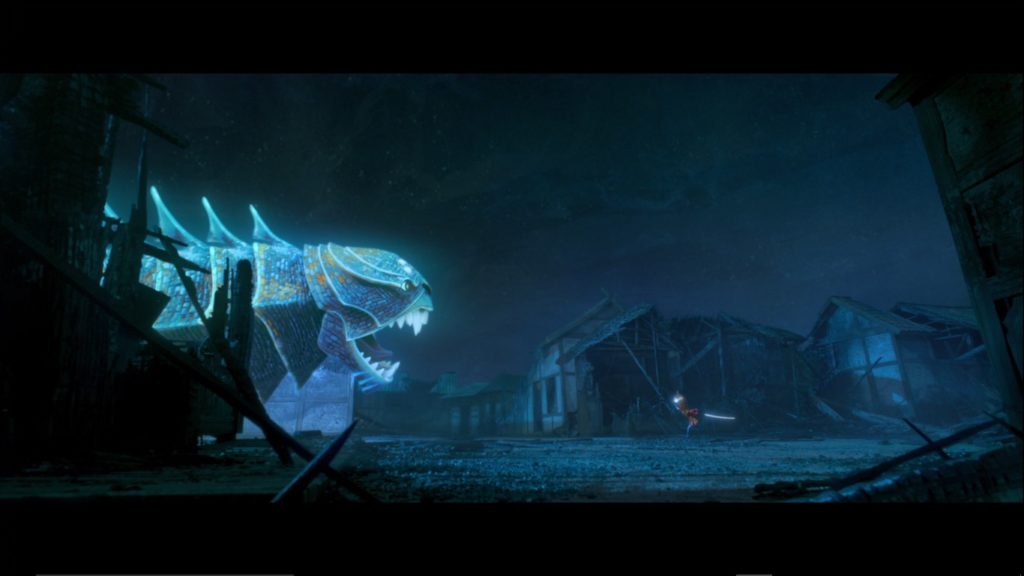 It is hard to watch a film like this and not drop your jaw.  It is all around impressive.  Just considering the number of man hours that must go into the process makes the film even more incredible.  Laika has been putting out amazing films for years now and this is no exception.  Stop-motion animation will continue to have a place in the film world right up there next to Pixar as long as the quality of these stories stay as well-written as they have been.  Kubo and the Two Strings tugs at your heart, it presents a story of inner strength, severe loss, and the importance of family. All of this is neatly tied into a journey of epic proportions. This is a beautiful film and it is one that can be enjoyed no matter what age you are.  I highly recommend this film.  You can buy this edition HERE.