After snoozing through most of Legendary Pictures’ Godzilla (2014), I had very little faith in the ability of the MonsterVerse to generate a movie that could rile my senses. That’s why my biggest surprise blockbuster during 2017 has been Kong: Skull Island. Let’s dig in, and find out what makes this an excellent film that deserves a spot in your Blu-ray collection.

Kong works in all the ways that 2014’s Godzilla did not. How so? To start, the top billed actors actually manage to survive past the first 15 minutes of the movie. You’re not forced to wade through a dreary and confusing plot to make it to the action scenes. Godzilla is a very dark film that spends too much time in cramped dark rooms and needlessly foggy cityscapes. On the other side of the spectrum, Kong brings an amazing level of spectacle and scenery to the MonsterVerse. Spectacle and scenery is just what you need when crafting the perfect monster film.

What Kong might lack in originality – this is a typical ‘assembling the team’ modern adventure movie – it makes up for with very competent film-making, and fantastic performances from the cast.  Jordan Roberts-Vogt is a young and well-educated film director so it’s no surprise that this films leans so heavily on Akira Kurosawa’s Seven Samurai in its premise. John Goodman, Tom Hiddleston, and Sam Jackson all bring their A-game to this picture. Vogt-Roberts takes a light-handed approach to directing this film, and you can tell that he was surrounded by an experienced crew who put their heart and soul into making the final product a success.

I’m not typically a big fan of movies which depend heavily on green screen. However, the hard work that Vogt-Roberts and the actors did top put up convincing performances with CGI creations was very apparent. Kong: Skull Island has come a long way since the silted and blatantly fake performances we received from in Peter Jackson’s King Kong (2005).

The sheer level of creativity behind Skull Island blew me away. The sets, the creatures, and people that inhabited this fictional island are all remarkable. The concept artists did an amazing amount of work crafting Skull Island and their work ranges from 20 ft. tall cows to 200ft. Kongs and Skullcrawlers. The creatures were far from the only impressive artistic element behind Kong. Fantastic detail went into a plethora of sets ranging from a monster bone yard, a shipwreck infested bay, and a hidden village that worships the monsters.

The cinematography and digital editing really made this world pop. Cinematographers and editors made a fantastic use of variable filters and color palettes to separate the world of Kong from our own. While most films stick to a single color palette Kong seems to go all over the place, leaning on blues, reds, sepias, and greens during different parts of the film.

While I greatly enjoyed this movie, it was chocked full of inconsistencies. Much of the films weaknesses can be traced to the script.  There’s a lot of inconsistencies in character behavior, and a lot of handwaving when it comes to logical outcomes and technical solutions to the problems that the characters face. I must admit that handwaving is a natural thing to do in a film about a 200ft. tall ape, but I feel like several of the characters were far too impervious to what should have been certain death. Namely, a scene I will not spoil in this review involving Brie Larson during the finale.

I enjoyed watching this film just as much on the small screen as I did on the big one. If I haven’t emphasized it enough this is a gorgeous film to look at. There are so many great shots in this film and I’m glad these artists had their work so beautifully showcased by Vogt-Roberts.

You might be disappointed to find out this film was mastered in 2k, but I think you can still get your moneys worth out of this film with a 4K Blu-ray copy. The heavy use of colors and the detail that has gone in Skull Island’s bestiary will do more than enough to make use of HDR.

This film sounds just as good as it looks. Kong features a fantastically masters Dolby Atmos audio track, and the monsters will make plenty of pleasant crunching sounds as they smack around your home theater setup. In addition the Vietnam-era sound track does a great job reminding you that this is indeed a period piece set at the end of the Vietnam War.

In this review I am featuring the Best Buy exclusive 4K Steelbook of Kong. This Steelbook is a great investment if you have a variable setup because it features all 3 Blu-ray versions of the movie (standard, 3D, and 4K). While I don’t own a 4K TV I chose this version because I am hoping to futureproof my physical media collection, and also because the packaging itself is truly a work of art. 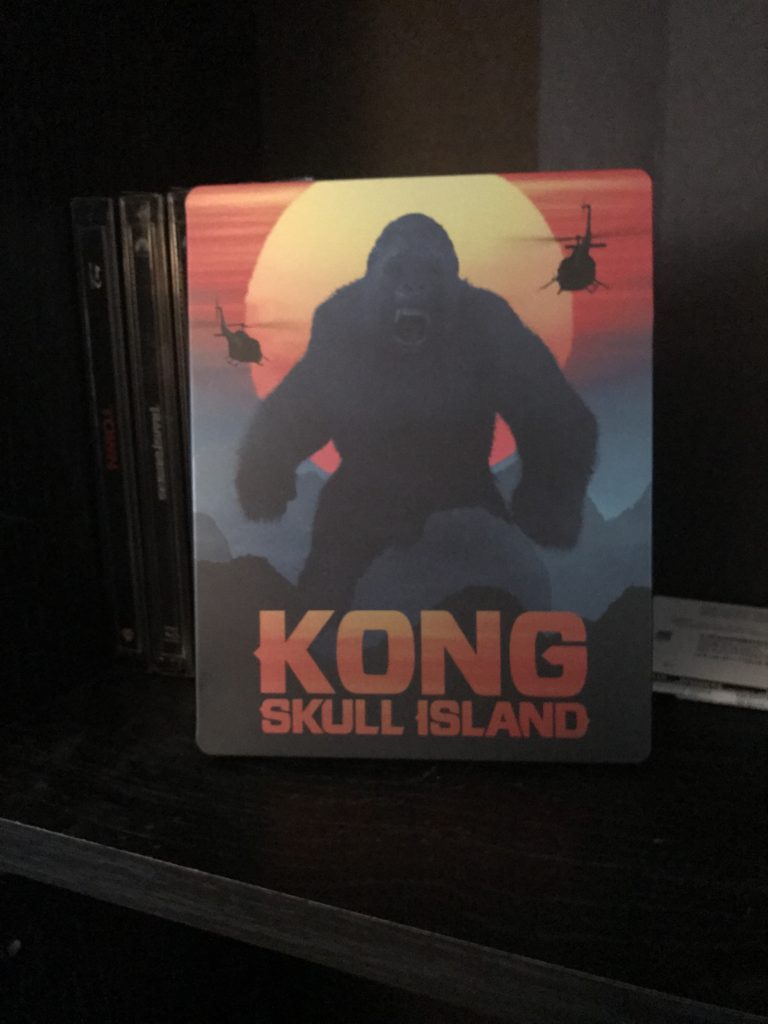 Don’t fret if you can’t get your big monkey paws on a steelbook, all versions of the film feature some great… 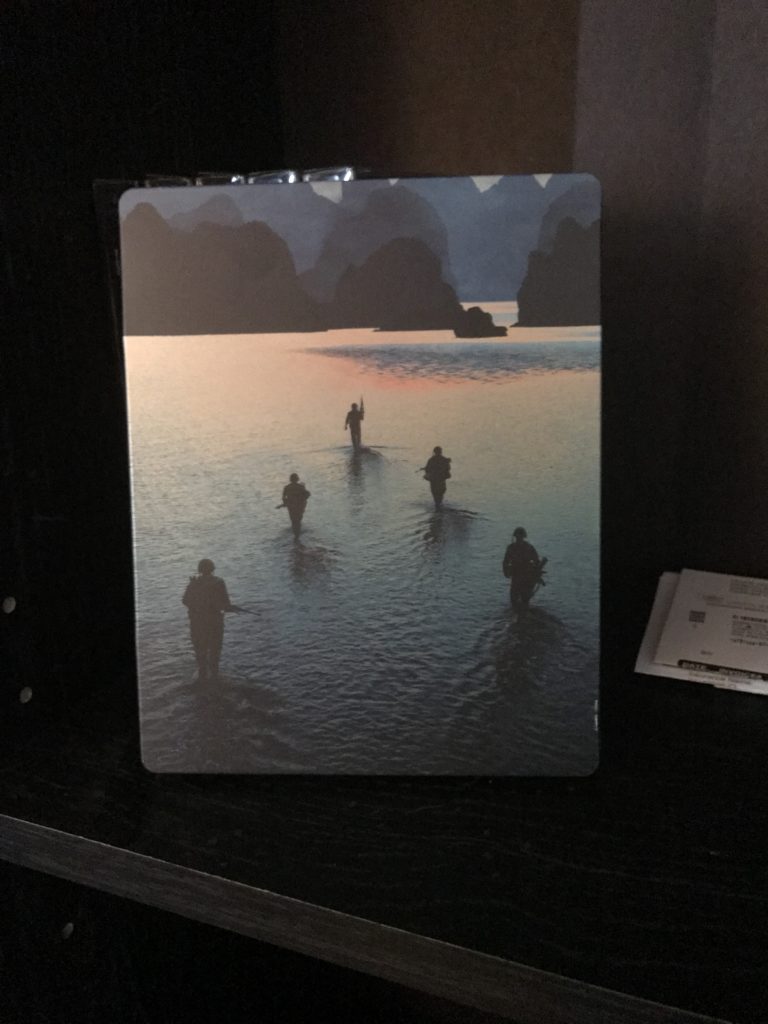 Vogt-Robert’s Kong: Skull Island bodes well for the future of Legendary Pictures’ MonsterVerse. As long as these films keep up the spectacle and scenery exhibited in Kong they will keep my interest. Kong is a must own film for 2017.  Don’t hold back on adding this fantastic and fun adventure to your movie collection.