Three years before his rise back to the top, Robert Downey Jr. found himself working on film that would go relatively unnoticed in Kiss Kiss Bang Bang.  No one working on the project would know that the combination of Downey Jr. and Director Shane Black would come to be a force to reckoned with as they would later find themselves working together on all three Iron Man Films (Black as a consultant on the first two and then eventually Director for Iron Man 3).  Joined by the unforgettable combination of co-stars Val Kilmer and Michelle Monaghan (who at this time was relatively unknown), Robert Downey Jr. really has a chance to shine in this unconventional and unforgettable film.

Harry Lockhart is a down on his luck thief from New York City that stumbles into an audition for a movie while trying to outrun the cops.  Soon he finds himself in L.A. taking detective lessons from Gay Perry (Val Kilmer) when they both stumble on a real life mystery.  With Shane Black at the helm of yet another buddy cop-esque crime drama, we are presented with a gritty and intriguing take on an old genre straight out of the pages of old 25 cent detective novels.  This is truly a film to watch over and over again and enjoy more with each repeat viewing. 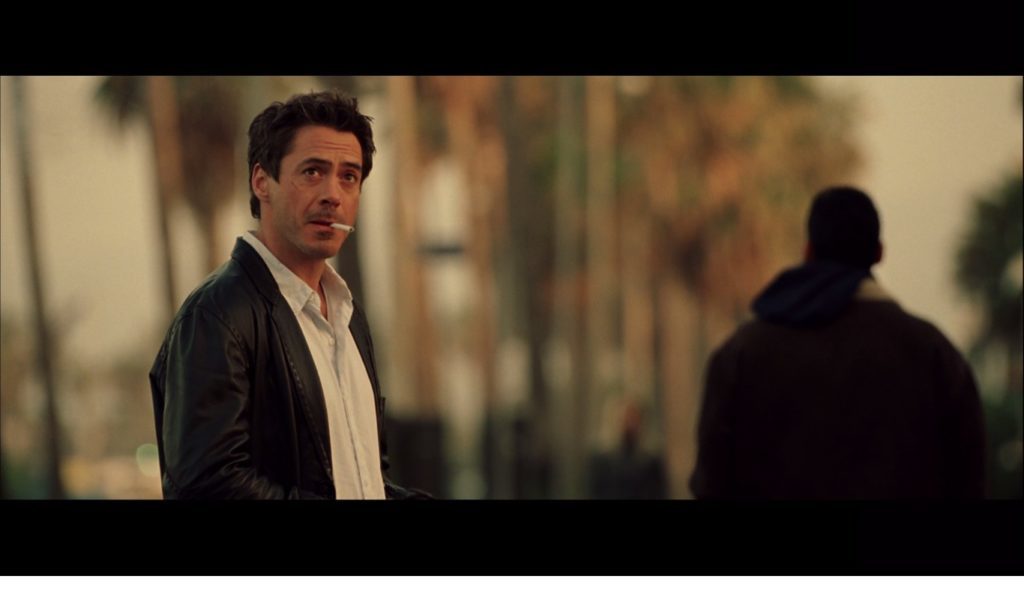 Kiss Kiss Bang Bang does not do much in the way of dynamic or innovative filming but it certainly is not without its own style. Shot on Panasonic cameras in 35mm and finished digitall for theaters, there is a decent amount of film grain to this transfer, but it looks accurate and does not detract from the image. There are several stand out scenes which genuinely give off an old detective film feel.  I appreciate that there is nothing pretentious or over the top in the way of the style.  It is not done so just to be gimmicky, it comes off all around fun and genuine.  The transfer to Blu-ray is absolutely wonderful.  There is nothing lost in the way of quality and everything seems to look just a little better overall with the added definition that the Blu-ray format allows for.

This film seemed to seriously struggle getting the audio levels just right.  Delivering a Dolby Digital 5.1 audio track, the lack of a Dolby TrueHD or DTS-HD track certainly does not make full use of the Blu-ray technology, as there are better audio formats available, especially on a newer release such as this. I actually own the DVD version of this film as well and did not have the same audio problems with that release, which leads me to believe that something was amuck with the transfer to this release.  However, I can not be 100% sure. Other than the obvious problems, the film has an overall wonderful soundtrack to it creating a classic mystery and crime drama feel to it without losing its ingenuity and overall great writing.  The film is carried along with an overarching composition that will stick with you for some hours after the film ends.

In a not-so-surprising decision for such an overlooked film, the packaging leaves much to be desired.  There is absolutely nothing spectacular or unique in the way that this movie was packaged. For such a cool film I really wanted more, especially considering just how it manages to hit on every level.  Instead, we are left with a standard eco-packaging single disc Blu-ray case.  What we do get is some rather stylish cover art that advertises the level of “cool” without falling into the category of boring, cliched artwork that we typically get on these lesser known releases. 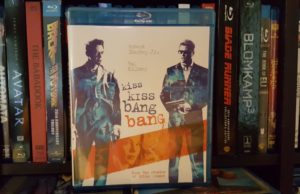 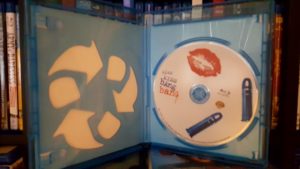 The release definitely has its shortcomings.  One major shortcoming has to be the lack of special features.  I tend to say that a lot but there are really none to be excited about.  There are three extras included in this release.  What is most disappointing about this is the fact that they managed to capture so wonderfully with this script and cast yet did not include anything to add to that magic by way of extras.  The features included are: 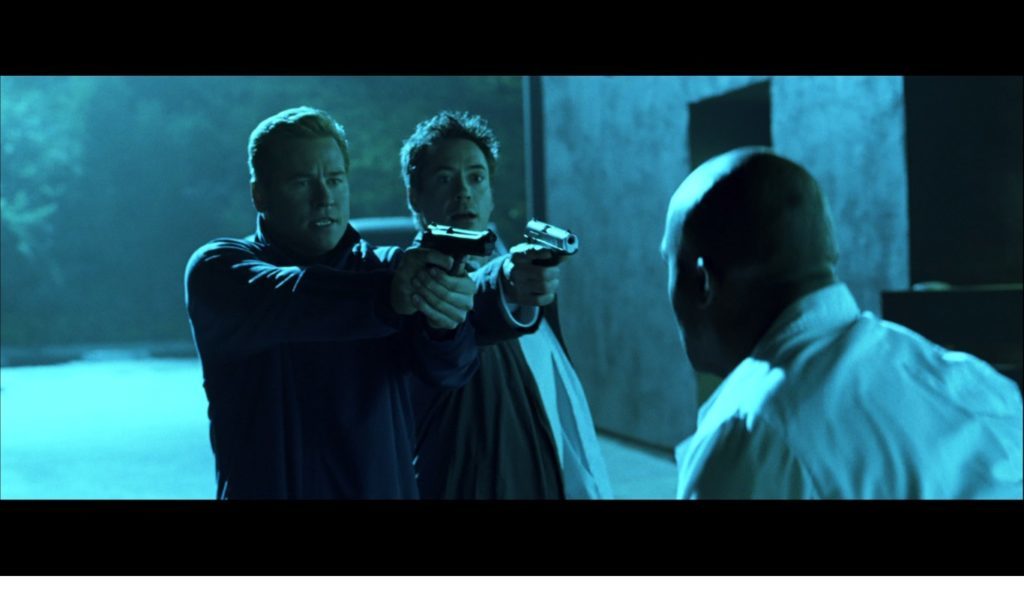 What this movie accomplishes is nothing short of magical.  The combination of Kilmer’s one-liners and Downey Jr’s ability to play dumb to everything that is going on is something that everyone will enjoy.  I really cannot stress enough just how great the combination of cast works together.  Then there is the story which takes a combination of the old detective books and a noir feel coming together to create something new altogether. It is a style that I wish we had a whole lot more of. Shane Black definitely has perfected his niche, which began with the Lethal Weapon films, and it is more than apparent within this film as well.  The thing about this film is that I cannot describe what separates it from the pack, it is just different in all the right aspects.  I fell in love with this film the very first time I watched it (at two in the morning on the couch in my parent’s living room) to the last time I watched it (which was about 45 minutes ago).  It is straight up funny, cool, and clever on all accounts. Unfortunately, the audio is a bit below average, as is the packaging. Video quality was great, but not spectacular. Thankfully, this film can be had for cheap on Blu-ray, and it is worth grabbing for the content of the film itself more than the Blu-ray release. You can purchase this edition HERE.