Jordan Vogt-Reynolds may not be a name synonymous with feature-length film quite yet but with his upcoming release of Kong: Skull Island he very well might be someone to look out for.  In 2013, he decided to tackle a film about three friends who feel the need to rebel.  The film is called The Kings of Summer and it easily got lost amongst the avalanche of independent films that were released that year.  In the first few frames of the film, you get a very immediate sense that this is clearly an indie film.  This could be a very good thing or could mean that the film will go down a very obvious and cliche path.  Fortunately, the film follows the former and manages to tell a story of youth and angst unlike any that we may have previously seen. 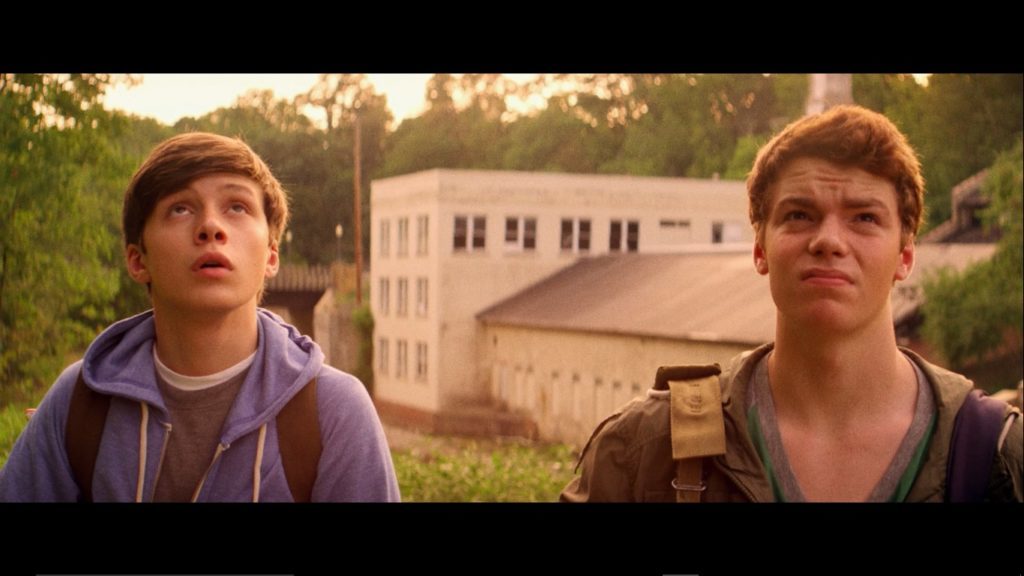 Our story follows Joe Toy (film originally titled Toy’s House) a young teenager that is having an especially hard time getting along with his father (played by the now well known Nick Offerman).  We also see that Joe’s best friend Patrick whose parents are so overly supportive and weird that he feels suffocated.  Joe gets to the point where he has officially had enough and decides that the best way to rebel is to spend the summer building a makeshift house in the woods and surviving on their own.  Joined by a strange boy named Biaggio they venture out to make a life of their own, where they are the only ones in charge of their survival.  As the story progresses the boys learn that life is much more complicated and you cannot simply “escape” your problems.

Reynolds does something rather interesting with this film.  I’ve never experienced a coming of age/teen angst film quite like this.  It would seem the timing of the release was poor but the film is worth the watch.  It is worth mentioning that within the story he manages to make the home environment so awful that even I wanted to run away. The problems the teens have with their parents are of the same caliber that real kids would experience.  The problems are small, petty, and fester much in the way that real family problems do. 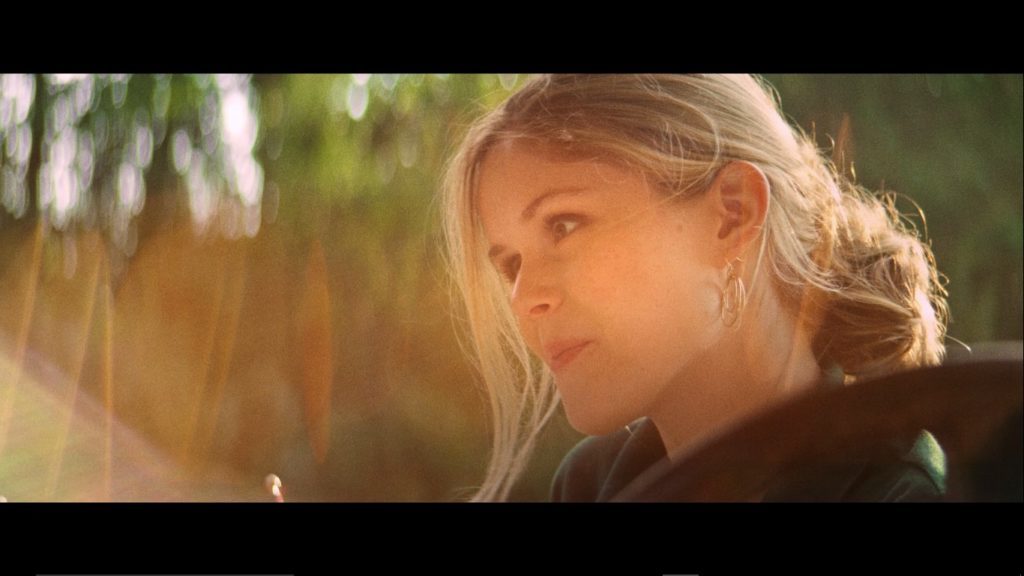 Relatively inexperienced D.O.P. Ross Riege takes Reynolds’ vision for a unique coming of age tale and frames it perfectly.  Riege gives the film that classic indie feel without sacrificing overall story by distracting the viewer with too much cliche.  Much of our story takes place in the woods so the opportunity for bright and vibrant scenes is plentiful.  The film transfer to Blu-ray is natural and looks great.  This film manages to have an adolescent feel to it overall.  There doesn’t seem to be any pretending that its story and premise are not indeed a bit ridiculous and impractical.  The filming only personifies that aspect on a different level.  Balancing out the somewhat cliche moments with well framed, memorable shots, we are left with a combination that just works, plain and simple. 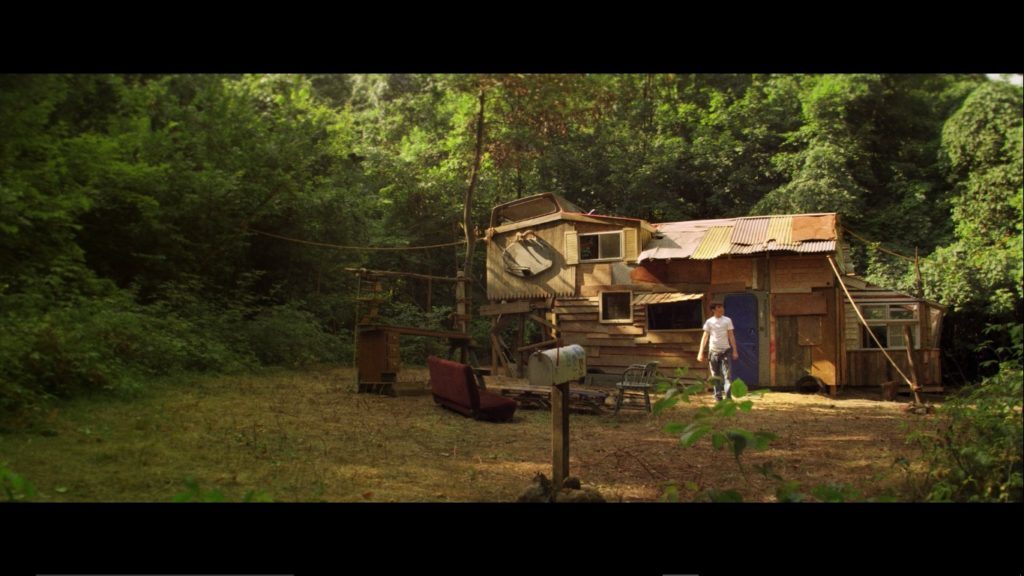 If there is one thing an indie film must do right it’s the soundtrack.  You can’t have the same songs every indie film has yet you can’t have it be so unique that it draws attention away from the film itself.  It has to blend the right combination of interesting and suiting.  For The Kings of Summer they chose to have Ryan Miller of Guster come up with a completely original soundtrack that is just wonderful and fits the film perfectly.  This does something unique for the film rather than having your typical bands populate the soundtrack and distract from the story, we have a score/soundtrack that is done by someone who is performing only for this film.  This has become popular in the last few years (having a specific artist coming up with a soundtrack) and is just great to see (or hear). 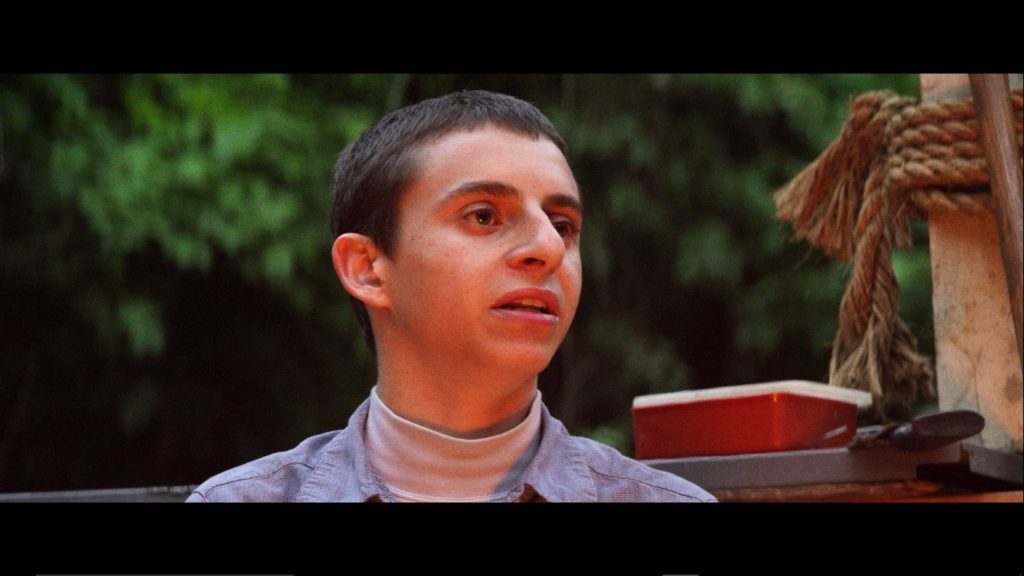 When it comes to the packaging for The Kings of Summer we have a semi-variant version of the eco-case with no slip.  On the front, we have a collage of original artwork with the title framed in the middle.  On my edition in the center, there appears to be some sort of staining effect.  Which I have to assume is purposeful because I recall buying this as a new release way back when.  On the inside, we have a full-length piece of artwork that spans on the inside cover and behind the disc tab. Adorned with the phrase “Why Live When You Can Rule” which seems to be the tagline for the film.

The disc itself has its own artwork and I am always glad to see it as it seems to be going out of fashion. 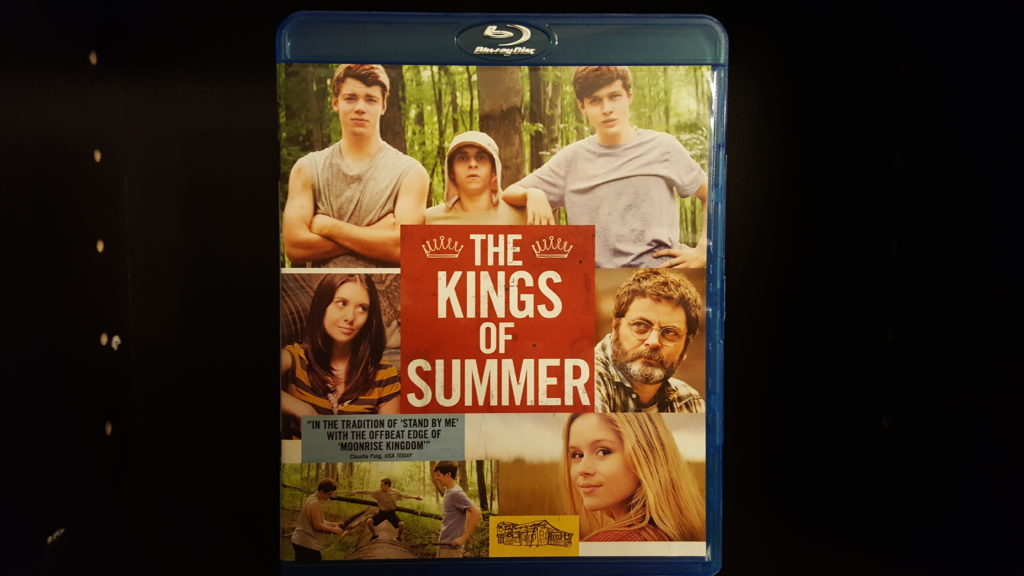 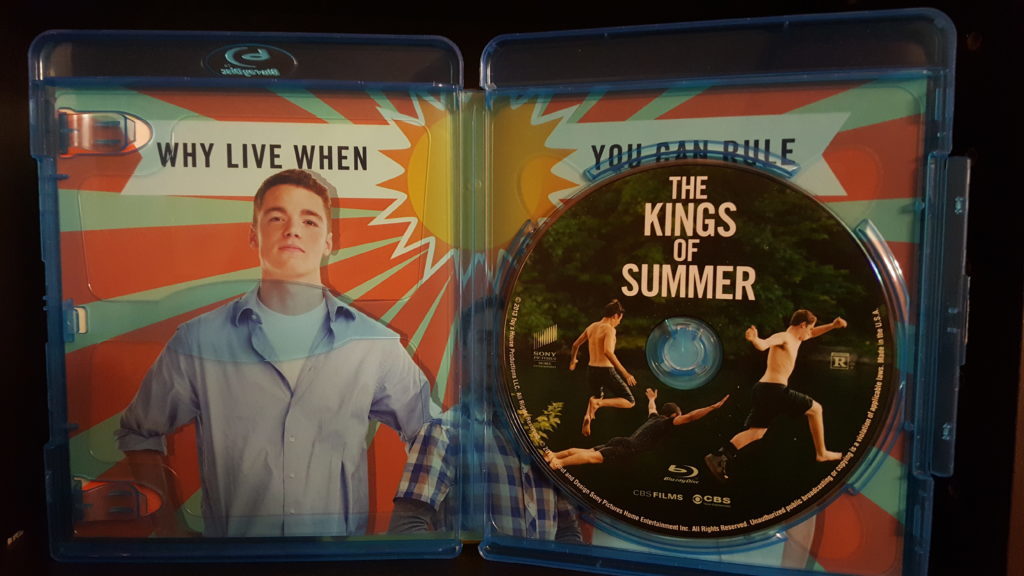 With a small production like this, I never know what to expect from the features.  Whether it is a ton of extras due to the intimate nature of filming and excitement of the project or perhaps the budget simply isn’t there for the film required to shoot the extras.  Unfortunately, it seems like they were only allotted a little bit for the extras for this film.  They do not do well to showcase just how enjoyable the film really was and unfortunately are very short in length. 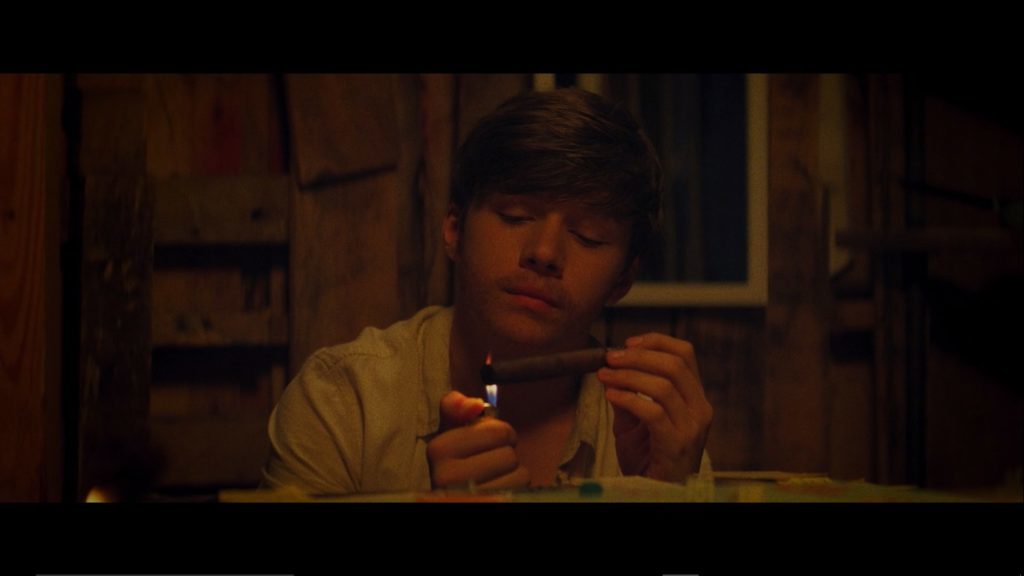 The Kings of Summer is a truly interesting take on a classic genre.  The tale of adolescent rebellion is an old one.  This film makes an attempt to take its place next to films like Stand by Me and does well to stand out amongst the ever-growing list of coming of age indie dramas.  What I like most about this film is the relationships within it.  Whether it is the struggling relationship between Joe and his dad or the struggle between Joe and Patrick, the movie has depth and manages to stay down to earth enough to tug at your heartstrings from time to time.  One thing you definitely do not expect is Biaggio.  Moises Arias steals the show as Biaggio, the third wheel teen who comes along for the journey, and adds comic relief to all the right moments.  This is a film that covers a lot of ground and is an absolutely enjoyable experience.  You can purchase this edition HERE.