The Kid Who Would Be King is a 2019 fantasy adventure film that was written and directed by Joe Cornish. A British-American venture, the film stars Louis Ashbourne Serkis, Tom Taylor, Rebecca Ferguson, and Patrick Stewart. The plot follows a young boy who finds King Arthur’s legendary sword Excalibur, and must then use it to stop an ancient enchantress from destroying the world. Distributed by 20th Century Fox, the film was released in the United States on January 25, 2019, and in the United Kingdom on February 15, 2019. It’s received mostly positive reviews from critics, but was considered to be a box office bomb with estimated losses for the studio ranging as high as $50 million.

The film starts off with Alexander “Alex” Elliot, who is a twelve-year-old boy that is starting a new term at a new school, and is going through the routine struggles in adapting to his new surroundings. When his best friend Bedders is bullied by older students Lance and Kaye, Alex comes to his aid but ends up in a fight with Lance. Alex, Lance, and Kaye are given detention by the headmistress while she tries to encourage Alex to live up to himself. Meanwhile, Lance and Kaye plot to harm Alex further. That night, the duo chase him as he is on his way home; but, Alex hides in a nearby construction site, where he finds a mysterious sword and removes it from its position. Taking the sword with him, Alex shows it to Bedders, and they discover that its markings identify it as Excalibur, the sword of King Arthur.

In the United States and Canada, the movie was released alongside Serenity, and was projected to gross $7-13 million from the 3,521 theaters that was playing it during opening weekend. It went on to make $1.7 million on its first day and ended up debuting to $7.3 million, finishing fourth at the box office. Following its initial performance, it was announced that the film was expected to lose the studios around $50 million, taking into account its high marketing costs. The poor debut of the film was attributed to the medieval subject matter mixed with a modern context, which has had several flops in the past two years including King Arthur: Legend of the Sword, and Robin Hood, and the difficulty of promoting a family film based on such material. In its second weekend, the film fell 42% to $4.2 million, finishing seventh.

The Kid Who Would Be King is a movie, that once I saw the initial promotional material, I definitely had some interest in it. Regardless of the fact that films of similar nature doing pretty badly, this movie presented itself, and certainly delivered a family friendly, and fun experience that both my wife and I thoroughly enjoyed. Similar to the Percy Jackson movies, the movie puts you right into what I would best describe, is the imagination of this child as he and his fellow schoolmates are embarking upon an adventure that’s going to be changing their lives, and how they interact with one another for the better. The kids playing the lead characters in the movie were felt perfectly fit, and their performances were on point with what we expected as we sat down to watch along.

Made available in a 2.38:1 visual presentation courtesy of 20th Century Fox, The Kid Who Would Be King gives its viewers a stellar example of how films shot with the Arri Alexas can provide a considerably sharp and visually detailed picture. The finer details of the scenery really pop with the Blu-ray release, and the special effects that were used for the various “knight’s of the round table” experiences that were had blended in really well and helped to make sure that everything felt as if it were really happening as you follow along.

Packaged with an English DTS-HD Master Audio 7.1 mix, the Blu-ray release of The Kid Who Would Be King offers a pretty damn solid and finely done immersive audio experience for the viewers. With a considerable amount of robustness ripping through the surround channels as the more explosive sequences are unfolding, my wife and I really couldn’t take our eyes away from the TV. The transitions from channel to channel were effortless and certainly did a great job at not making us try to listen for the missing elevation pieces to the track. The dialogue is spoken cleanly, and the characters are definitely able to be heard and understood without any need to adjust the volume levels as it progresses onward. 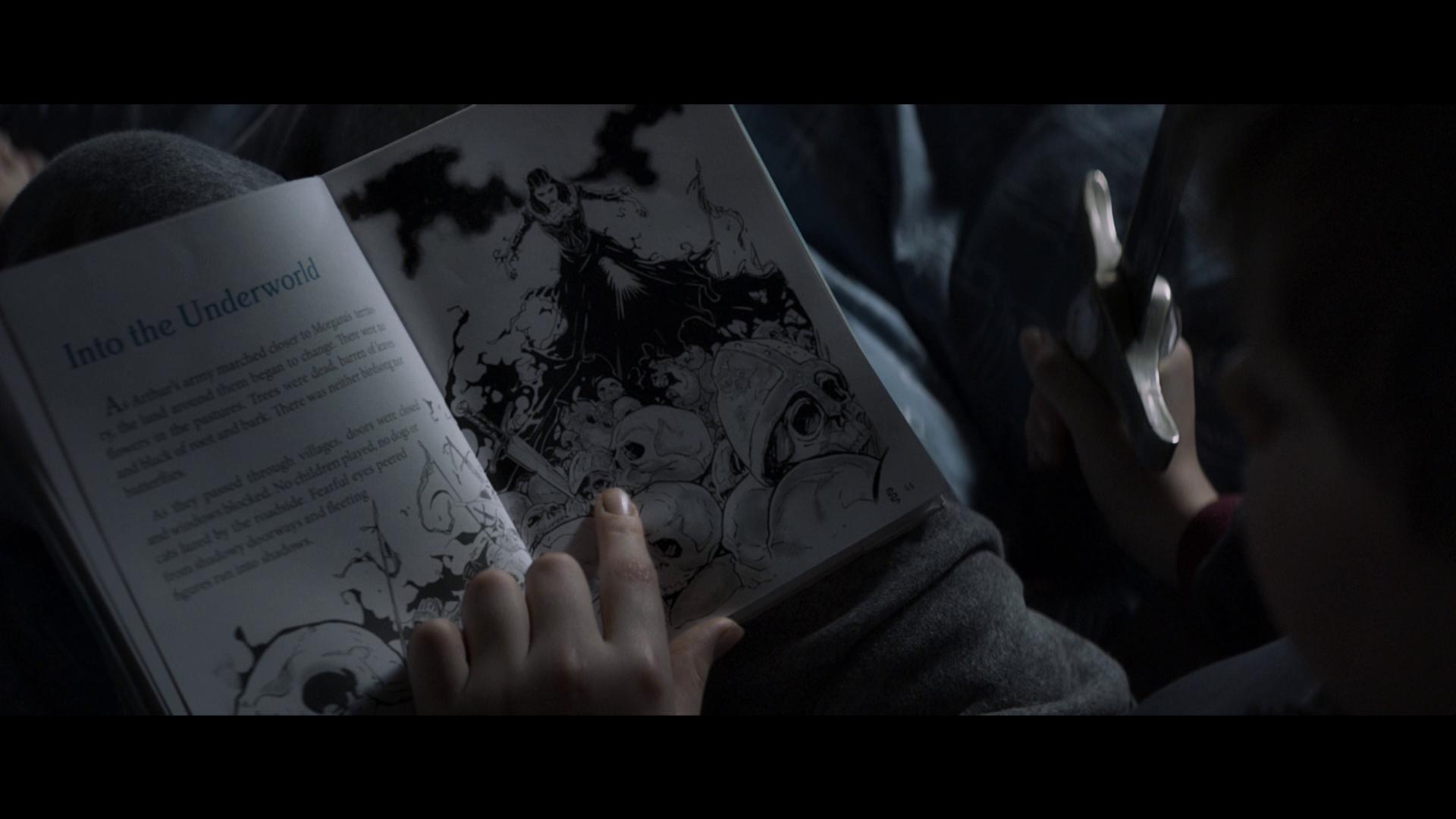 The Kid Who Would Be King comes packaged in a standard two-disc Blu-ray amaray case.  Neither the Blu-ray disc nor the DVD include any artwork that’s related to the movie outside of the standard release text.  There is a digital copy redemption pamphlet included, as well as a small booklet with instructions on performing various acts of sword battle as executed from the movie.  There is also a slipcover that’s been made available in the original pressing of the release that includes the same artwork that’s included on the case. 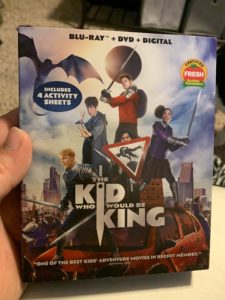 There are a number of special features that were included with the Blu-ray release of The Kid Who Would Be King. Some of the features offer a nice look at the production work that went into making the movie, while there’s a brief number of features that cover a short expansion upon the storyline. Included with this release is: 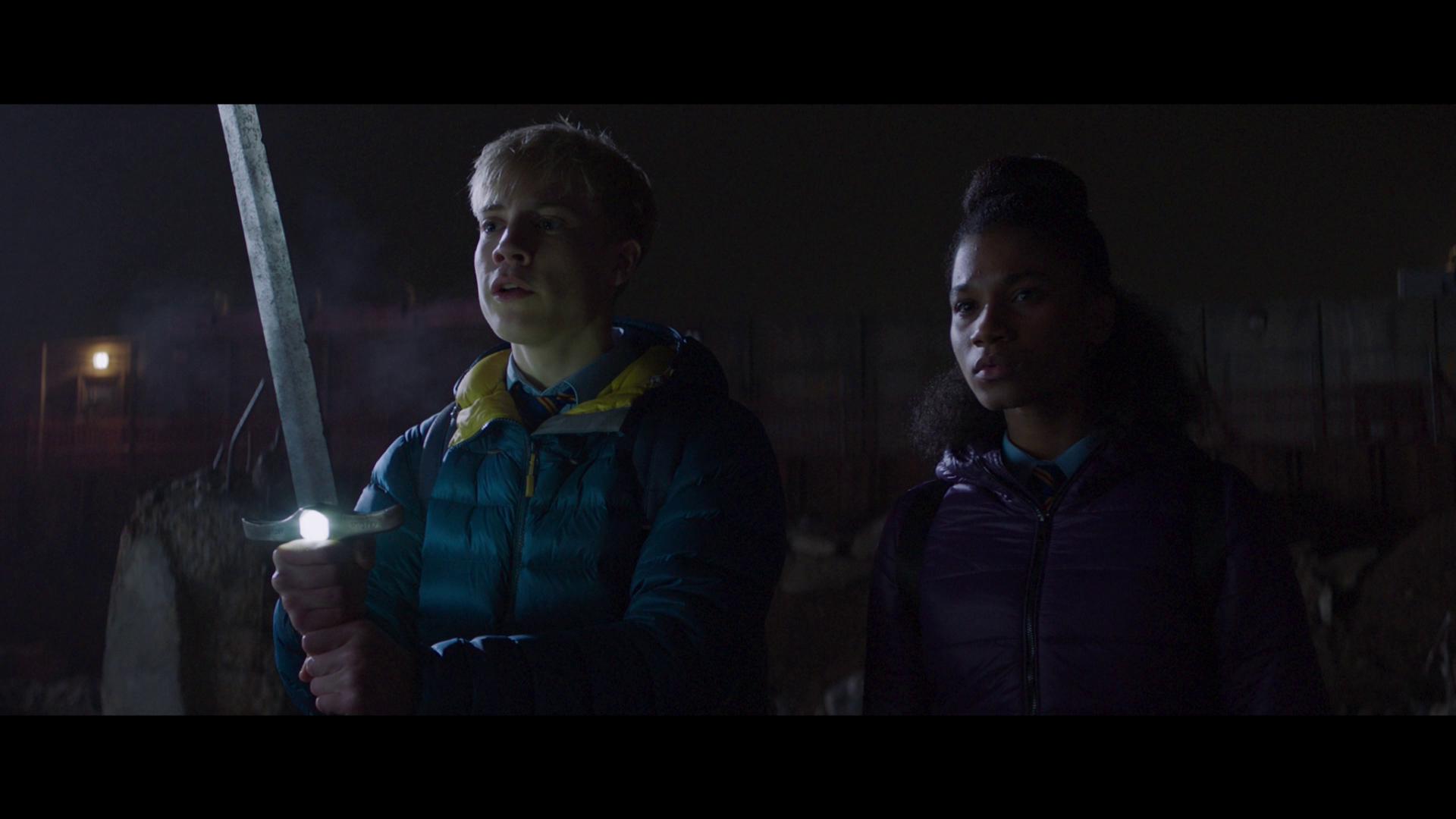 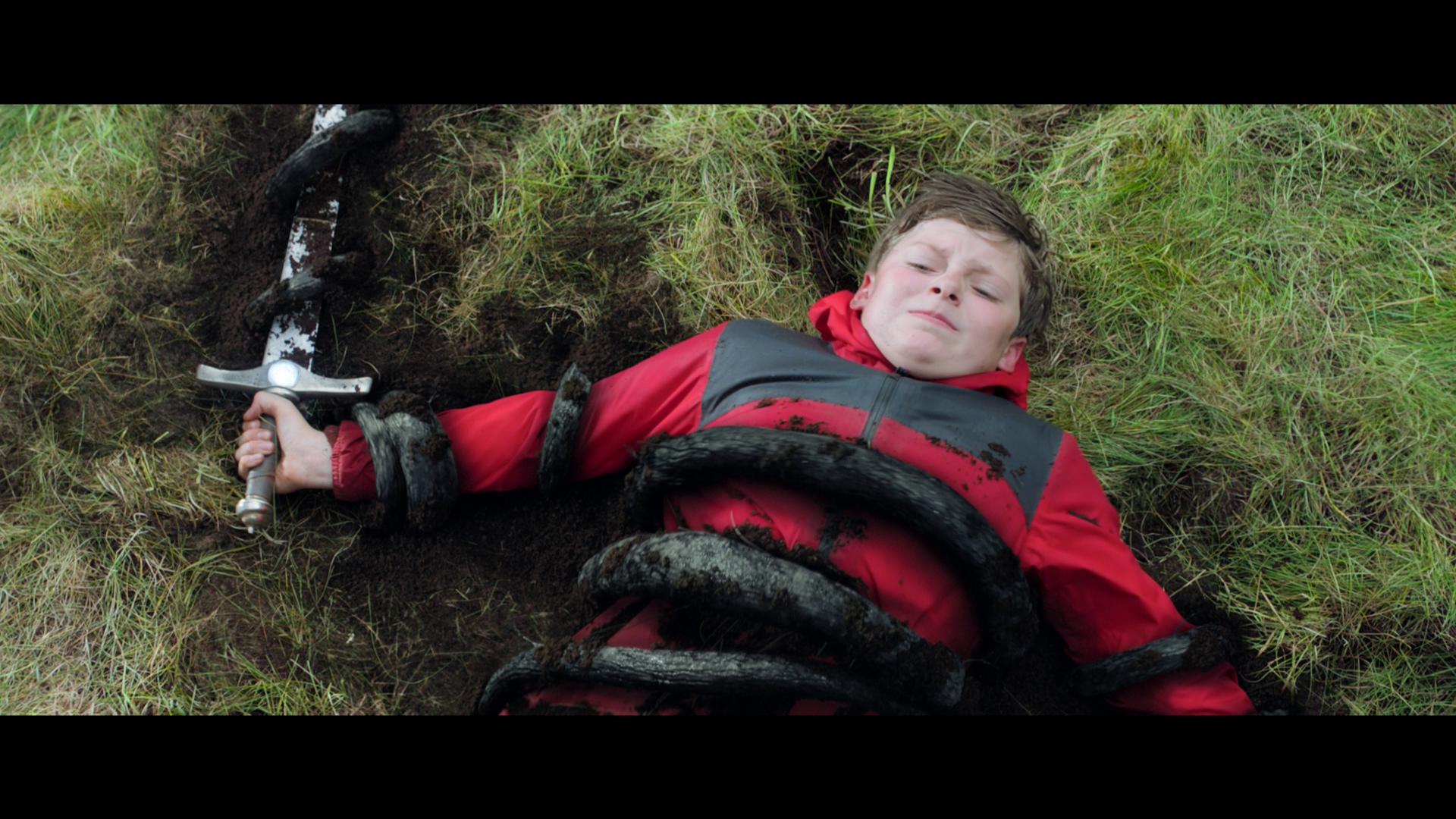 Regardless of the negative feedback that seems to be surrounding “The Kid Who Would Be King”, don’t let those nay-say’ers stop you from seeing this one. The story is solidly built, the performances were excellent, and the overall experience that’s to be had with this movie is right up there with some of the classical and wholesome family fun. The visual and audio presentation of the Blu-ray release were really well done, and offered a considerably detailed look into everything. The special features were a nice exploration, despite feeling somewhat repetitive. If you’re on the fence about this one, I would without a doubt recommend picking it up. “The Kid Who Would Be King” is available on 4K UHD, Blu-ray and DVD today. 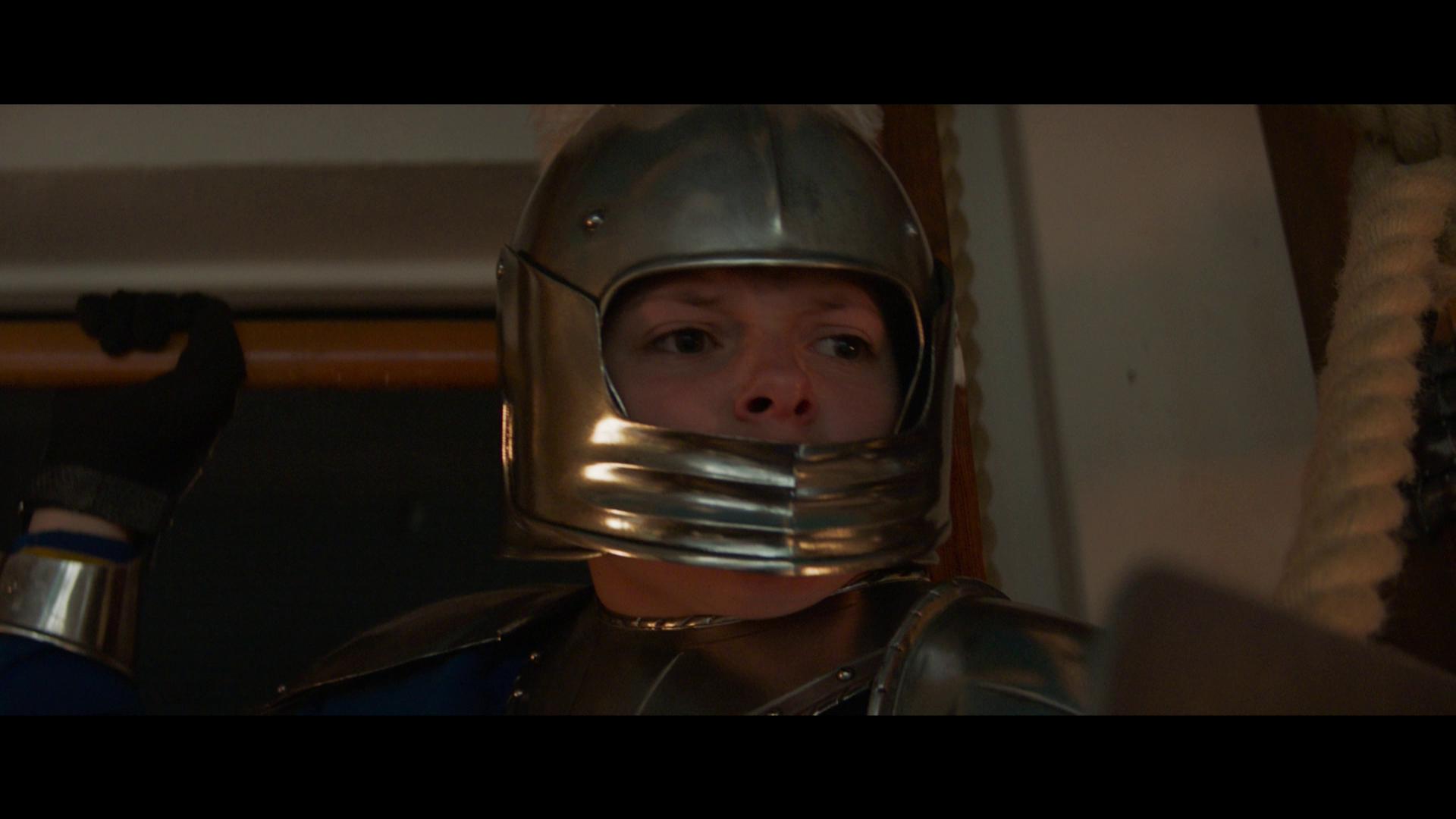