Remakes have become a time-honored tradition in the movie industry and are here to stay, especially when it comes to adapting from outside the country into the US. The superb Infernal Affairs turned into the engaging The Departed, the atmospheric Let the Right One In turned into the demandingly named Let Me In, the spooky [Rec] became the disappointing Quarantine, and the fantastically frenetic Taxi inspired the mediocre Taxi to name just a few. Some result in great movies and some result in not-so great times. What camp does Just Visiting fall into, you ask? Let us look and see. 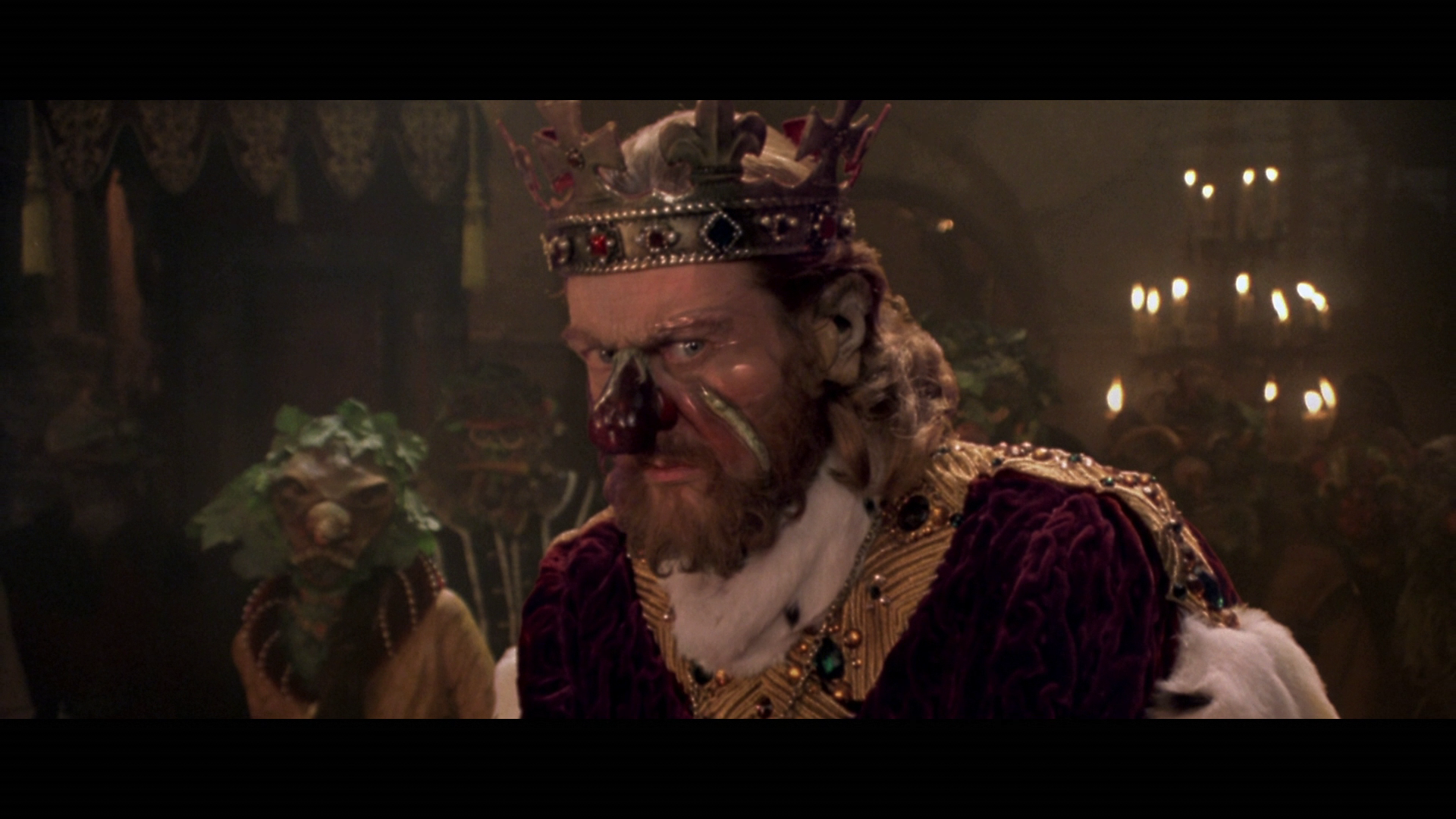 Just Visiting is a classic fish out of water tale. The Lord Thibault Malfete (played by Jean Reno) is celebrating his approaching wedding when things go horribly wrong at his banquet. In response, he consults with a wizard to go back in time to fix his mistakes. The wizard, predictably inept as expected in a comedy, sends Thibault and his servant Andre (played by Christian Clavier) into the far-flung future. 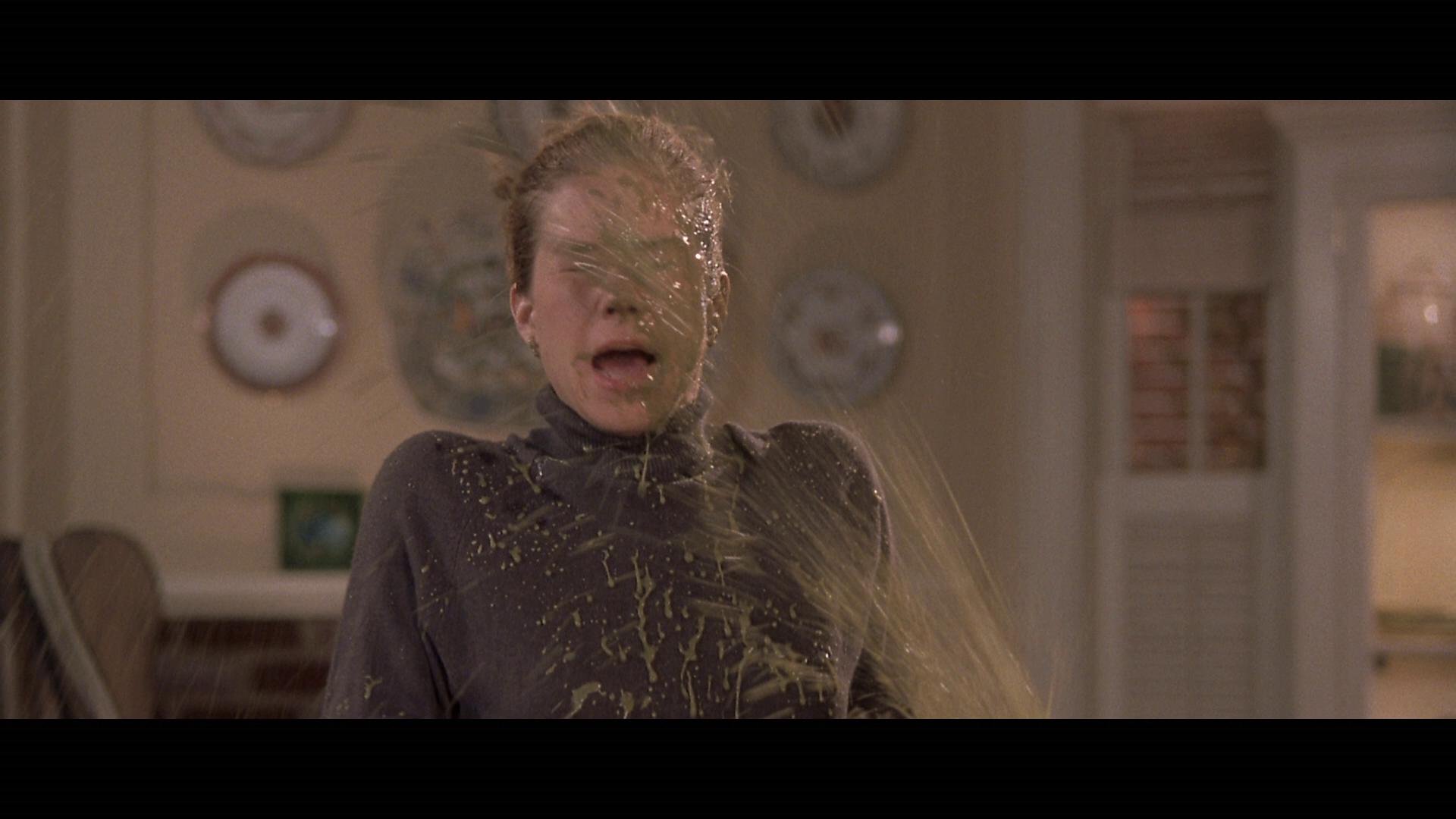 This is where the almost comedic situations begin and the laughs occasionally emerge. Thibault and Andre don’t know what to make of anything in modern times. They are startled by cars and feel the need to slay them for safety. They think all things aromatic are appropriate for either ingesting or bathing. The prim and proper of today confuse them to no end. In reality, they really just don’t understand societal interactions in the 21st century at all. 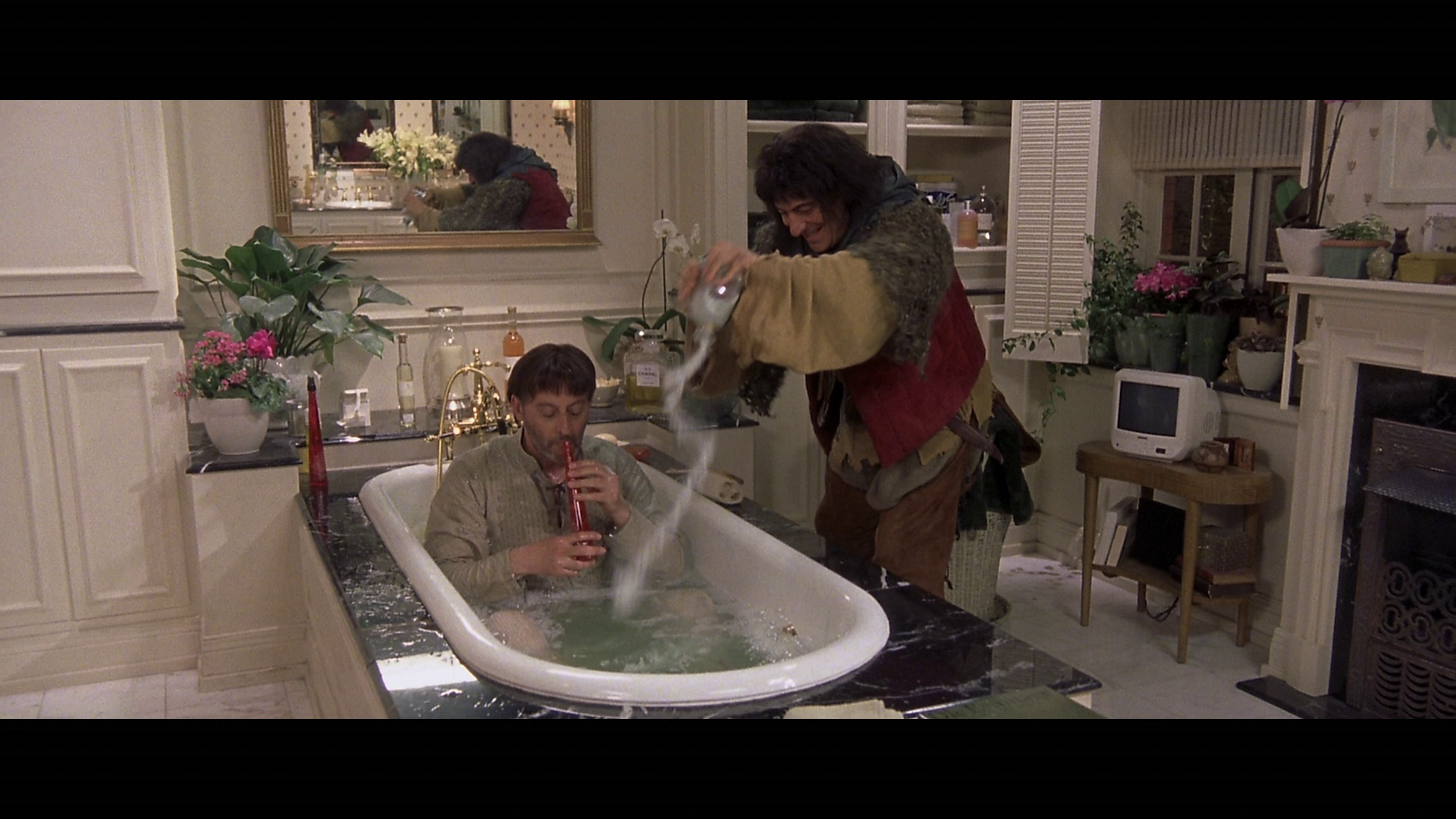 Fortunately, they happen to find comfort with Julia played by a post-“Married With Children” Christina Applegate and Angelique played by a pre-Sharknado Tara Reid. While Angelique is primarily just a love interest to Andre inspiring him to pursue a life of freedom extending beyond his servitude, Julia is far more important to the plot. We learn that Julia is actually a descendent of Thibault and a visual replica of his beloved. She is also engaged to an antagonist that is typical for a comedy. He is controlling, upright and only looking out for himself. He is decidedly inconvenienced by Thibault and Andre’s entrance into his life and the complications they cause for his plans with Julia. Oh, did I mention he is cheating on her and plans to leave with all her money? Typically despicable antagonist right there.

Julia does not understand her connection to Thibault and thinks him to be merely a cousin who is suffering from amnesia from an accident years before. As such, she takes the two in and tries to help them adjust to the society they are now confronted with in the 21st century. These interactions with the two displaced Frenchmen allow her the opportunity to grow and change, extricating herself from beneath her fiance’s thumb. 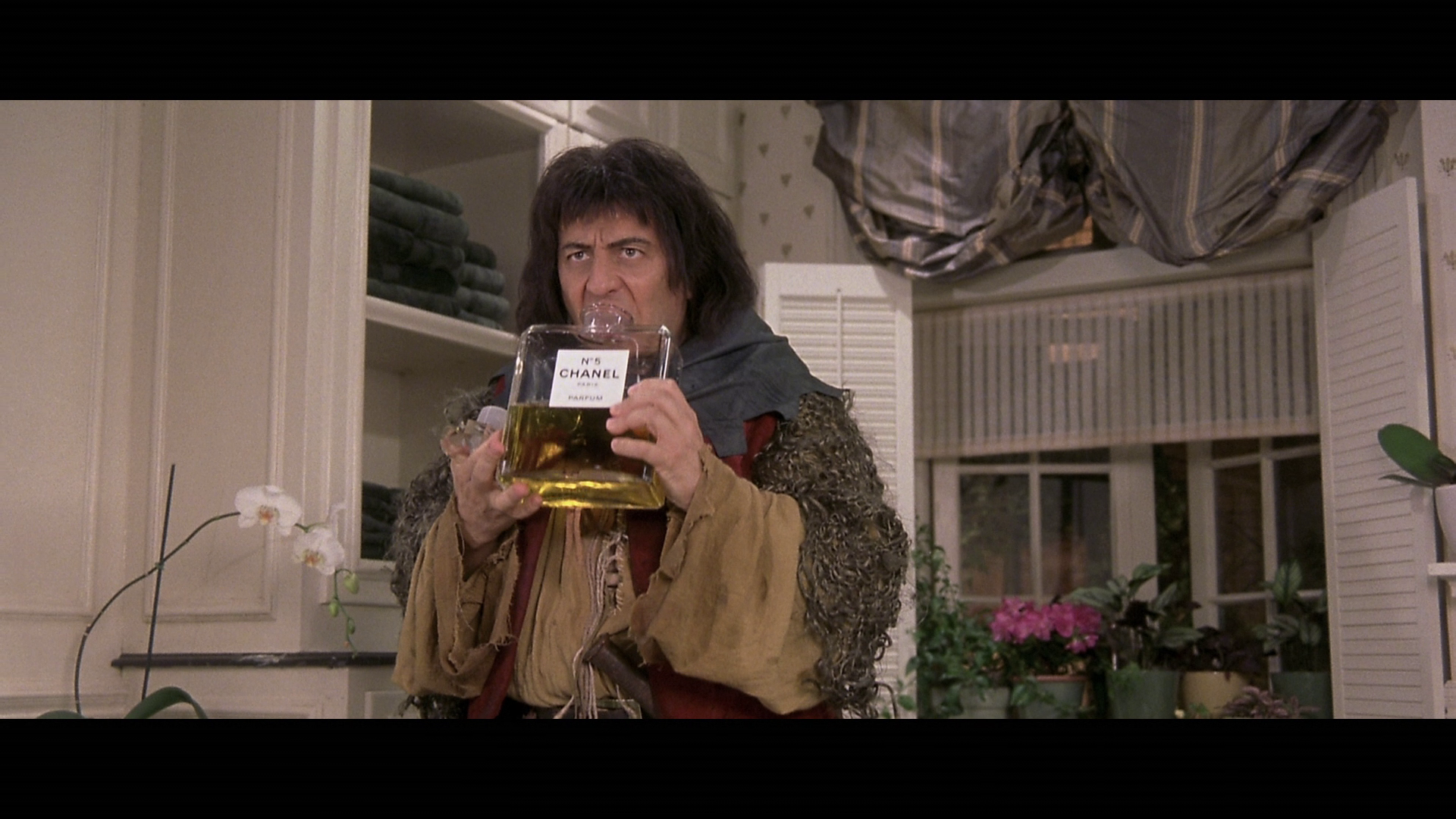 Just Visiting has a lot going for it on the surface. It is a remake of the fifth highest grossing French Film, Les Visiteurs. It even stars the same duo as the wildly successful original, Jean Reno and Christian Clavier. It is directed by the same man as the original French film and even features some screenplay work by the magnificent John Hughes. All of this amounts to… well… nothing much. So much so that the director even had his name altered on the film’s credits. 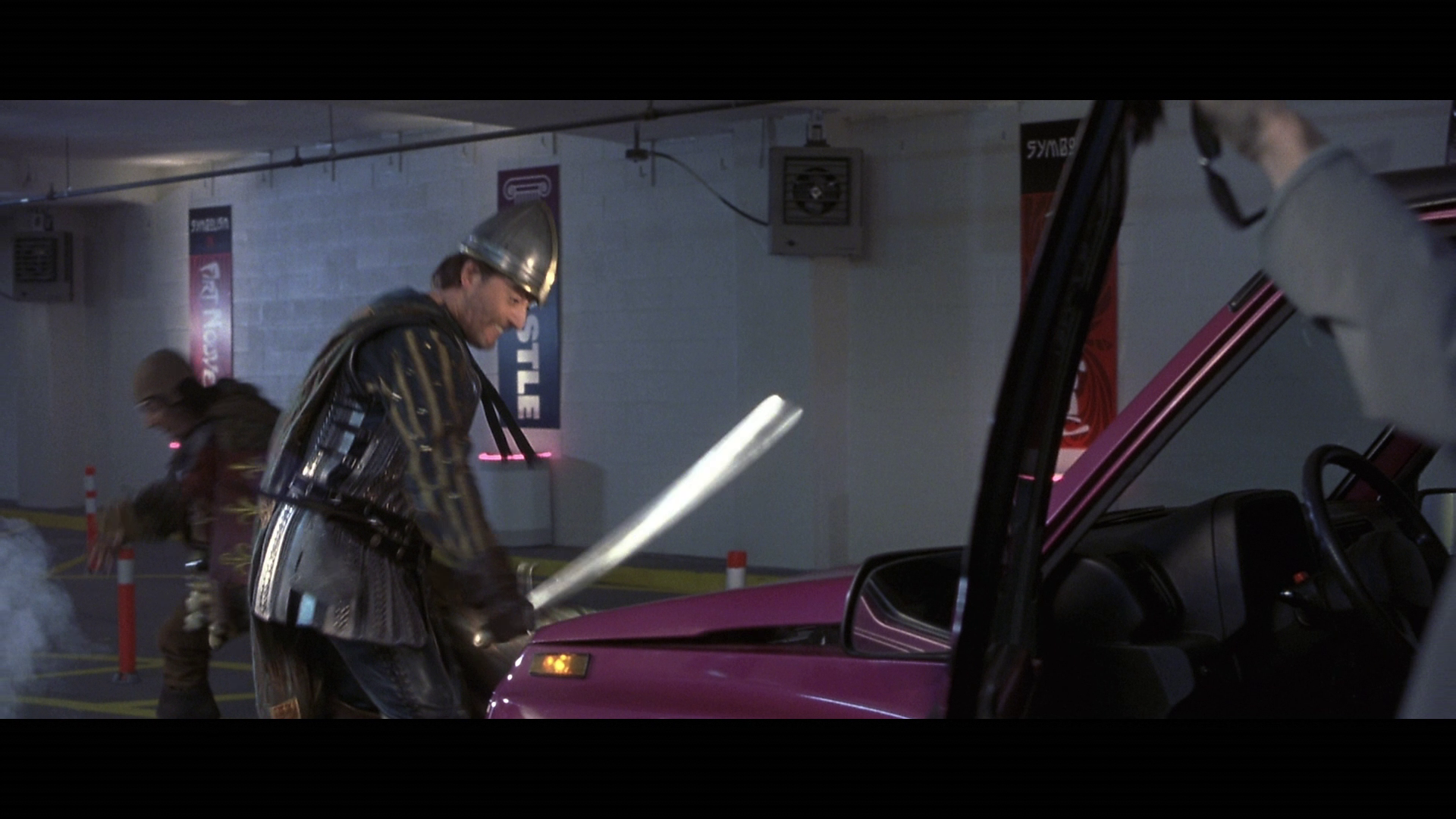 Don’t get me wrong, Just Visiting isn’t a bad flick, it does work as a story. The main problem for it, especially as a comedy, is that it is just mostly uninteresting. It never really succeeds at drawing in the viewer. The story starts off with a reasonably enough inciting incident for time travel and an excuse for them to wind up in the future instead of the past. The two being misplaced in time allows for a lot of humorous set ups and confusion with this strange new world that just didn’t work. In the original, we saw some delightfully slapstick scenes arise out of this arrangement. In the remake, the slapstick just doesn’t seem to quite work. While humorous, it just doesn’t hit well.

All in all, it is a movie that has some relatively funny scenes, but they are spread too thin between some nearly funny scenes and some not at all funny scenes. It is not a terrible way to spend an hour and a half, but there is much better out there. Give Les Visiteurs a watch instead. Still, for those like myself who enjoy the French original and enjoy Jean Reno, there is a place for this release. The movie’s value is pretty much reserved to just a companion piece to my Les Visiteurs.

The picture quality on this Blu-Ray release is pretty solid. Overall clarity is good throughout the movie. The colors are mostly true, but skin tones do suffer a bit. Perhaps it is the lighting during filming, but a lot of the skin tones look a little off and lifeless. Also, just nothing in the image really pops or stands out. Black levels appear pretty fair. This is your average, run-of-the-mill catalog Blu-ray release; nothing special here folks.

The only audio track included is a Dolby Digital 2.0, which is disappointing in this day and age. The basic audio presented is just fine. The effects, while not a big part of the movie, come through just fine and the dialogue is still clear. There is nothing inherently wrong with the 2.0 mix other than it is 2.0 and pretty lifeless. In the age of Atmos and DTS:X, a 2.0 track is way behind the times.

Extras? What extras? I guess there is a static menu with the option to play the movie. Or you could just stare at the menu instead. I guess that would be less entertaining. The DVD did better than this.

The packaging is a typical Amaray Blu-ray case, with no DVD or digital copy included. This is as bare-bones as a Blu-ray release can get. There is no slipcover for this release. 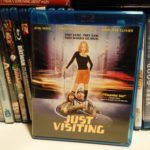 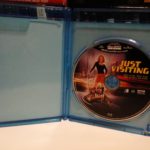 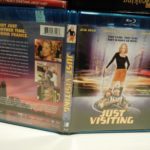 Honestly, I can’t recommend this for anyone who doesn’t already know they want it. If you know nothing of it, just watch the original instead. Only if you really liked the original and want a companion piece would I recommend you pick this up. Even for the bargain price of $5 or $6, your money can be better spent elsewhere. Decent video, meh audio, and no extras surrounding a pretty unremarkable movie leaves this as a total miss for everyone but those looking for the companion piece to the original.