Filming took place from February to July 2017 in the United Kingdom and Hawaii. Produced and distributed by Universal Pictures, Fallen Kingdom premiered on May 21, 2018, and was released internationally in early June 2018 and in the United States on June 22, 2018. The film has grossed over $1.3 billion worldwide, making it the third Jurassic film to pass the billion dollar mark. It is the third highest-grossing film of 2018 and the 12th highest-grossing film of all time. It received mixed reviews from film critics, who praised Pratt’s performance, Bayona’s direction, the visuals, and the “surprisingly dark moments,” while others suggested that the series had run its course, criticizing the screenplay and lack of innovation. An untitled sequel is set to be released on June 11, 2021, with Trevorrow returning to direct.

Jurassic World: Fallen Kingdom is yet another pieced together to the longtime running blockbuster franchise that provides its viewers with some solid thrills throughout; but those thrills seem to be becoming less and less as the series is continuing onward. While the movie had a semi-decent plot, and it was kind of fun to see where they were taking things after the previous film; this movie didn’t really live up to the expectations that were set from the promotional material. This movie is one that really featured the most of its exciting moments in the various trailers that had been released. Other than that, the overall experience was silly, and was an okay variation that overall it still made for an enjoyable experience. 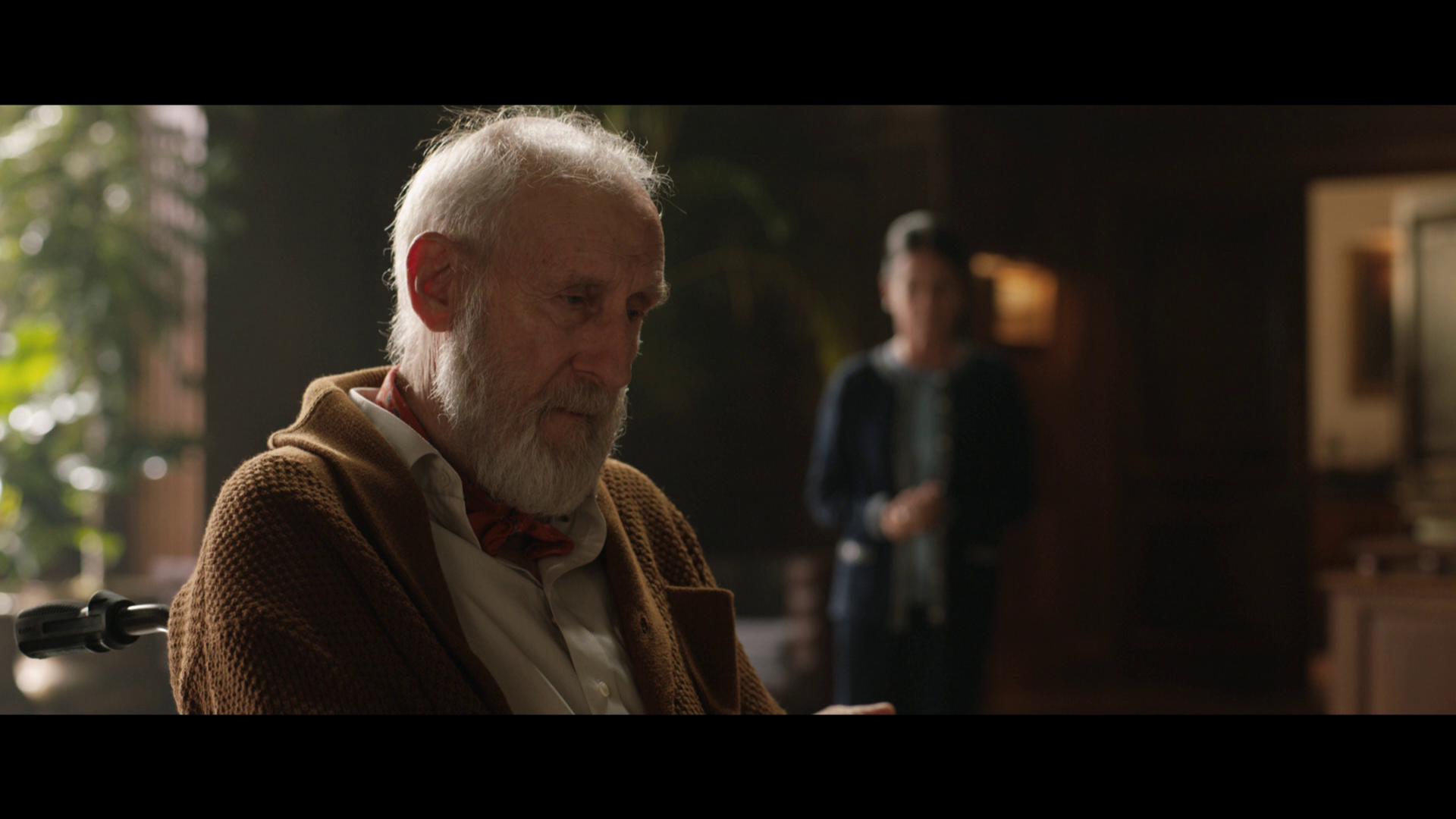 Being an upscaled or “fake” 4K release, Jurassic World: Fallen Kingdom offers, for the most part, an absolutely beautiful and jaw-dropping experience.  With its utilization of HDR, its boost of the color palette combined with the increased richness of the darker tones really helped in making this experience more noteworthy.  The only parts that I feel that I had any problems with were those that featured less than your standard amount of ambient lighting as those handful of scenes were a little more difficult to visually see and understand what was happening.  Other than that small personal gripe, my wife and I both felt that this release was considerably solid for an upscaled release. 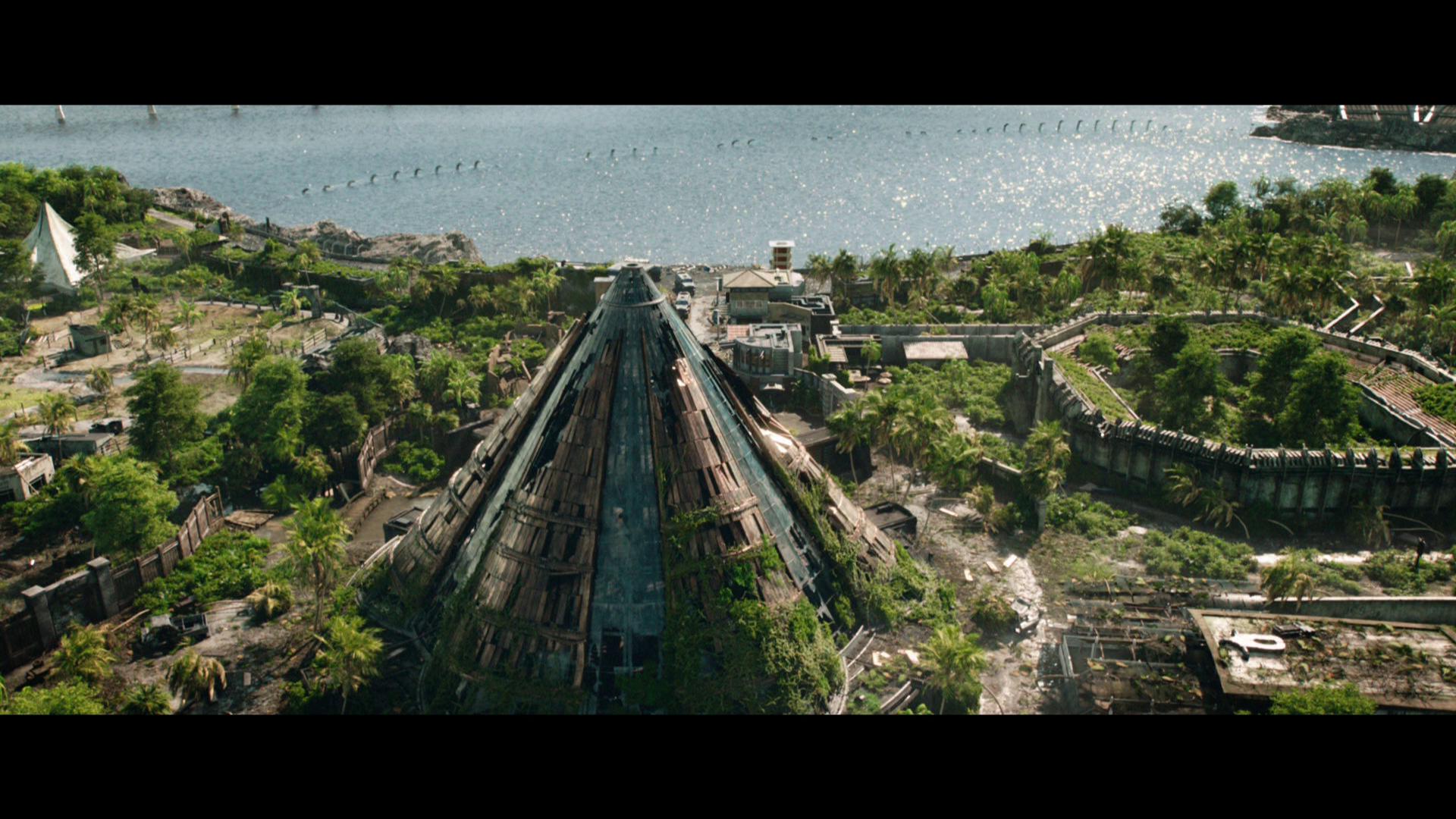 Bundled with a DTS:X audio mix, Jurassic World: Fallen Kingdom not only offers an all out immersive experience for its viewers that are able to make use of the technology behind the tack, but it offers an absolutely thunderous punch as the bass track is the featured element of the audio track.  Providing its viewers with the notorious thump as the dinosaurs would walk, I personally felt my living room floor shake, and something as small as this feature to the track really made the experience all that more noteworthy and all around significant. 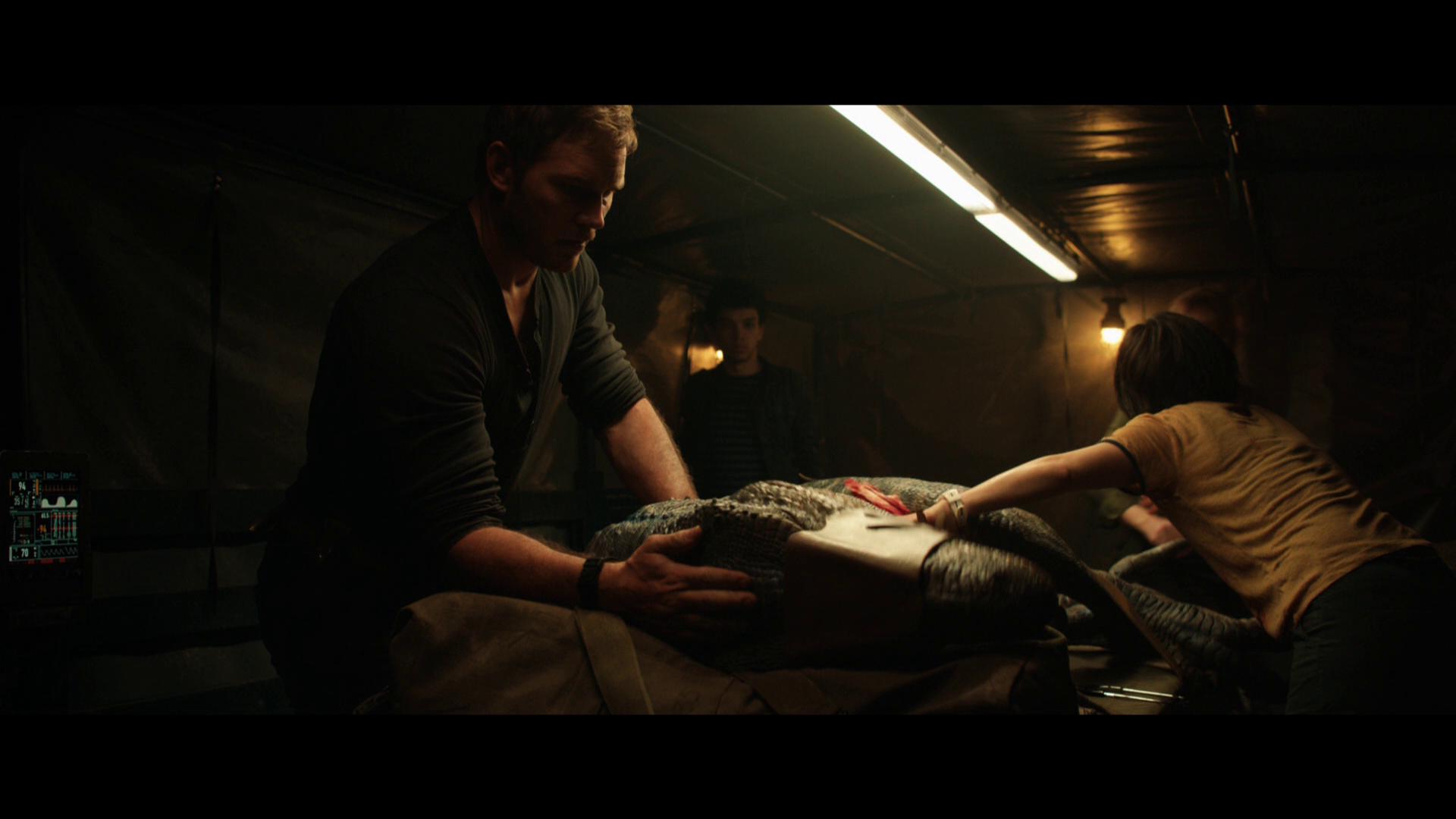 The 4K UHD release of Jurassic World: Fallen Kingdom comes packaged in your standard two-disc 4K UHD amaray case.  Within that case is the standard 4K UHD copy of the movie as well as the standard Blu-ray copy.  The UHD disc does feature a piece of artwork that’s not only related to the movie, but similar to that of what’s been provided on the case art, the Blu-ray only bears the standard release text and generic solid black background.  A digital copy redemption pamphlet has been included for the various streaming platforms, as well as a slipcover that’s been made available in the original pressing that features the same artwork that’s been included on the case art. 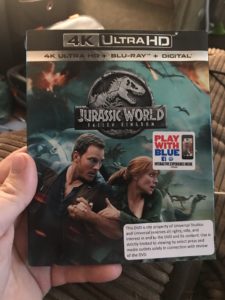 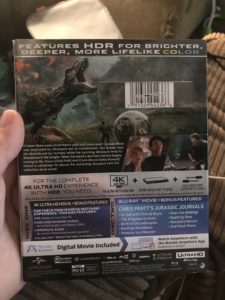 The 4K UHD release of Jurassic World: Fallen Kingdom comes loaded to the brim with special features.  Much unlike any other UHD release, all content is also available on the UHD disc, but in a 4K resolution.  The content that’s been included shows a nice extension to the story as well as some of the behind the scenes work that went into making this movie.  I can certainly say that I was pretty happy to see what all had been included with this release.  Included with this release is: 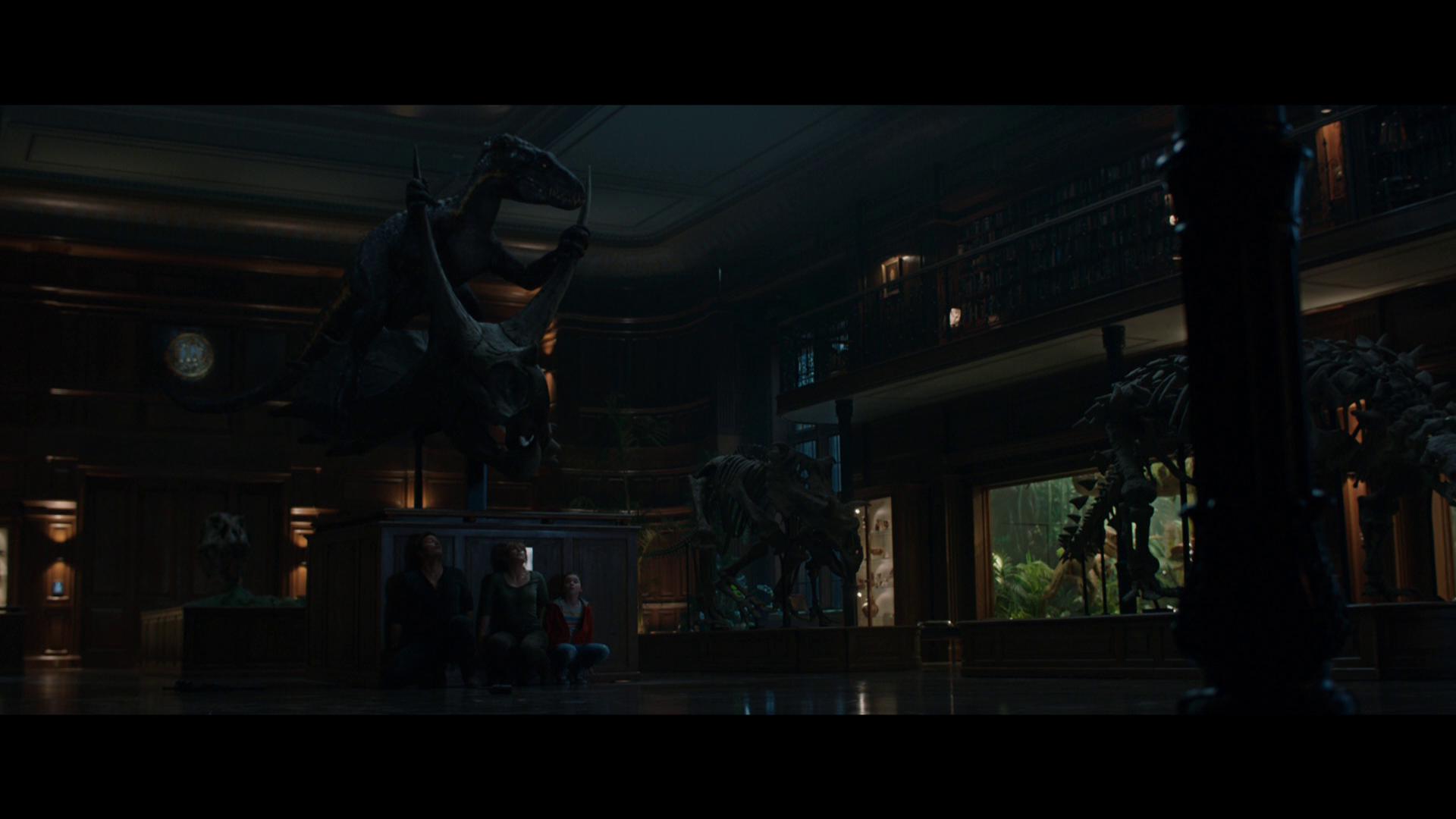 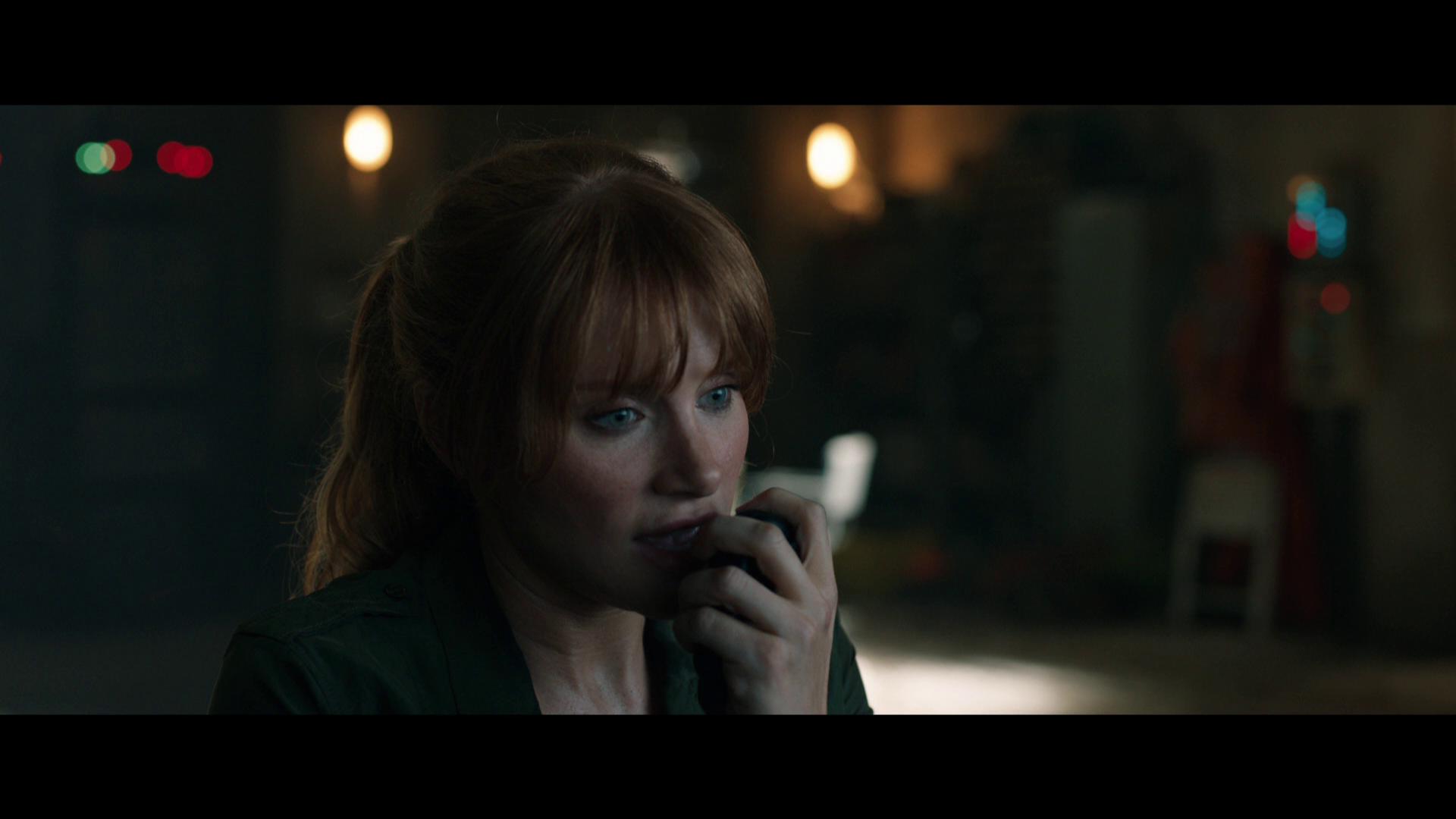 Overall, while the experience was considerably generic, and lacking a lot of thrills that had been previously included with the continuation of this saga, Jurassic World: Fallen Kingdom offered a fun experience that both my wife and I found to be enjoyable for the most part.  Sure, it was pretty repetitive and felt as if it were a replay of previous events, we had a good time watching it.  The picture quality of the 4K release was nicely done as its utilization of HDR10 really stood out, and the DTS:X mix really packs a punch that made the experience all that much better than the included Blu-ray counterpart.  If you’re considering this release for your collection, I’d definitely recommend picking it up.  Jurassic World: Fallen Kingdom will be available on 4K UHD, 3D Blu-ray, Blu-ray and DVD beginning on September 18. 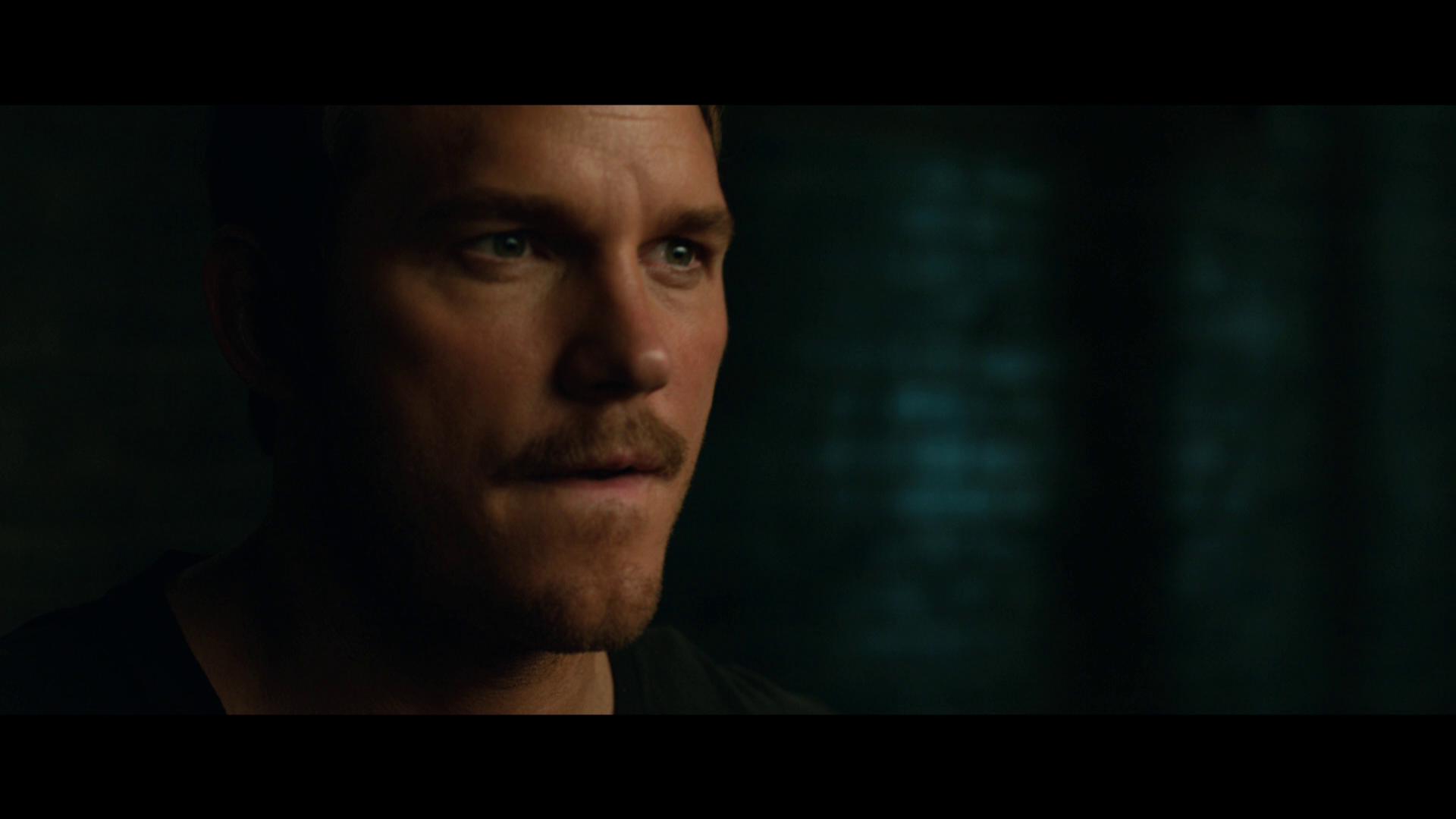