It’s an exciting time to collect physical media. Much like the demise of “brick and mortar” stores was vastly overstated, the death of physical media seems like a pipe dream. Boutique releasing companies continue to spring up, in this year alone we saw the resurrection of the Vestron Video Imprint, the genesis of Shout! Factory’s “Shout Select” line, the birth of ReelGore Releasing, and many more. Beyond the new companies popping up, established releasing houses like Arrow and Criterion are upping their game with stunning releases nearly every month. We here at ReDVDit are lucky to get a close look at so many of these wonderful releases, and with that in mind, here’s my personal selection of the ten best Blu-ray releases of 2016. 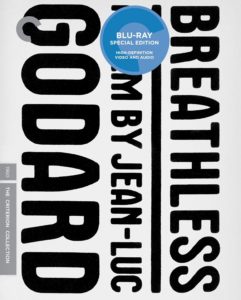 Originally released by Criterion in 2010, Jean-Luc Godard’s Breathless is more vital to the understanding of French New Wave as any other film in the ouevre. Long out of print and going from well over $100 dollars in second-hand trading, Breathless was one of those films that deserved to be available to anyone looking to expand their understanding of film. Criterion’s stated mission has always been the preservation and distribution of films vital to the art of cinema, so it’s always a shame to see Criterion releases go out of print. While that’s certainly not a new phenomenon, it’s perhaps even rarer for Criterion to get a chance to re-release previous editions. Criterion’s presentation and special features for this release are top notch.

See my review for the full details, but this remarkably bare release still features some of the best pure A/V work we’ve seen all year. 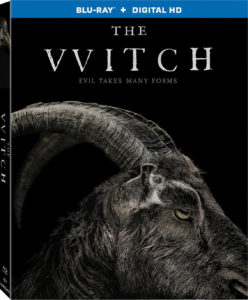 Robert Eggers’ debut film is a masterstroke. Nothing in the film betrays any sort of ameteurism, easily becoming not only one of the best horror films of 2016 but of the last few decades. In the absence of rabidity in the press or from a devoted fanbase, The Witch was released to audiences without much fanfare in the way of its Blu-ray, but the release itself, despite a lack of a robust collection of featurettes, still features some of the best picture and sound we’ve seen this year. If you haven’t stepped into this nightmare from America’s early days, it’s time to live deliciously. 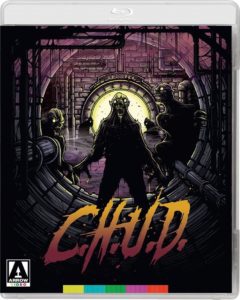 Arrow delivered one of its finer releases in the form of C.H.U.D., an easily forgetting creature feature that has managed to hang on the periphery of the consciousness of many late night horror fiends. I review the release in depth here, but Arrow did some especially fine work with the visual restoration for this film, giving us two separate cuts of the film to boot.

Reviewed by our editor Jeff Rauseo, this was one of the most highly anticipated releases of the year for the staff here at ReDVDit (just check our Slack logs), and Scream Factory did not disappoint, handing over one of the greatest horror films of all time with a striking new audio and visual presentation with a slew of special features. The lucky ones even managed to snag the dual slipcover edition with even more goodies. 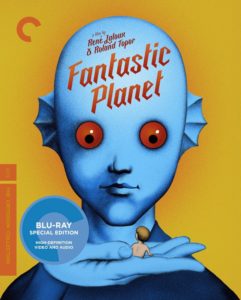 An animated film like no other, Fantastic Planet finally made its region A HD debut with style courtesy of the gold-standard of home video: the Criterion Collection. Previously available through the Masters of Cinema imprint in Europe (where I had imported it from in the early 2010s), this release managed to upstage its European counterpart with an absolute bevy of new features and a striking presentation that left fans of this haunting cult flick cheering. 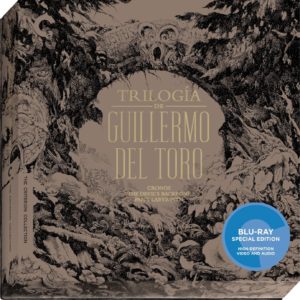 Criterion strikes again with this bundling of releases, two from 2015 (Cronos and The Devil’s Backbone) as well as 2016’s release of del Toro’s finest film: Pan’s Labyrinth. The quality of these releases are absolutely exemplary, as del Toro is well known for giving his time for interviews and for access to his large collection of props and tools from each of his films. In addition, Criterion managed to pull the three releases together for the limited Trilogia collection, featuring striking new artwork and rather dynamic, if unwieldy, packaging that hovers somewhere between Blu-ray case and coffee table book. I would have likely rated this release higher if it wasn’t for the double dip aspect and the somewhat delicate construction of the box as a whole. 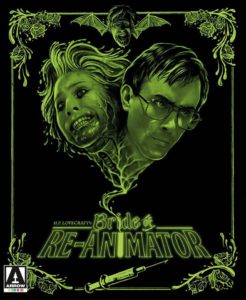 Perhaps the most unexpected of all of Arrow’s beautiful limited editions this year, Brian Yuzna’s Bride of Re-Animator is a film with a fanbase of only the most diehard of horror fans. To see Arrow pull out all the stops with a presentation that recalled by favorite Blu-ray release of 2015 (Arrow’s limited edition box set of Society) was a treat I never saw coming. I relished tearing into the package for this one on release day and was not disappointed. The box itself features wonderful new writing and artwork, and the three discs are packed with wonderful featurettes, commentaries, alternate cuts, and interviews. The bare release from Arrow also hit shelves in 2016, but this limited edition box set is a “can’t miss” for horror fans. 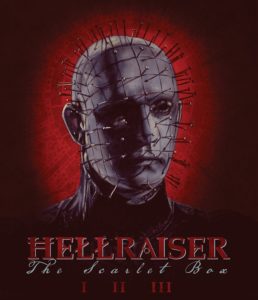 Clive Barker’s most treasured creation was finally given his due this year with Arrow’s release of The Scarlet Box, collecting the first three Hellraiser films in high definition releases that put the previous releases to complete and utter shame. Each of the three films looks its absolute best, and The Scarlet Box also scores some serious points with a macabre, beautiful, and sturdy physical presentation with plenty of added features and writings to boot. Each disc is loaded with wonderful features, further cementing this release as one of the best of the year and certainly one of the best Arrow has ever put out. 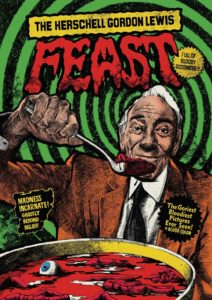 What packaging! Jam packed with tons of Lewis’ films in the shape of a cereal box, Feast is a retrospective for a filmmaker most would ever struggle to recognize, and that’s certainly fair. One of the granddaddy’s of shock and gore, Lewis never approached any sort of mainstream credibility although he would find succor and fame in the eyes of cinema’s odder children, most notably John Waters. Still, no matter his fame (or lack thereof), Feast is an absolutely stunning release. While many of the films aren’t in the finest condition, Arrow went above in beyond not only in giving them the best high definition presentation possible, but marrying these releases with an a truly impressive amount of special features and goodies.

I reviewed this release when it hit shelves, and my opinion of it has only improved with time. It was one of two releases to receive a perfect visual score from me, and the other was contemporary animation, making the score here all the more impressive. Terrence Malick and Emmanuel Lubezki’s work on bringing this release to life is absolutely breathtaking, giving us one of the absolute finest presentations of a film we’ll see on home video in a long time. Combine this with the wealth of features compiled for this film and the ability to compare between three different cuts of this stored movie and you’ve got one of the absolute finest releases of 2016. 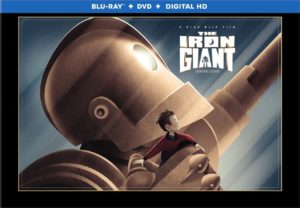 It had to be The Iron Giant. No other release generated the kind of anticipation that this one did for me. Begged for by legions of fans and finally green lighted after Mondo reached out to Brad Bird personally, The Iron Giant made its splash in high definition with a jaw-dropping limited edition, known as the “Signature Edition”. Within the case we found not only one of the finer A/V presentations of the year but a joyous array of goodies for fans of all ages: a miniature stature of the titular character, art pieces commissioned by Mondo, a booklet featuring interviews and production art, and a letter from director Brad Bird himself. No other release managed to check all the boxes that this one did, and I’m still overjoyed when I see it peering at me from my movie shelf.

Company of the Year: Arrow Films 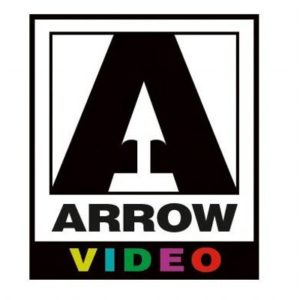 As I mentioned in the introduction, we’ve got an impressive array of releasing houses putting out quality material month after month for physical media fanatics, but while Criterion still controls the majority of the market, no one was doing better work this year than Arrow Video. Their Hellraiser, Bride of Re-Animator, and Herschell Gordon Lewis releases were fantastic in their own right, but we’ve also seen top notch work from them with releases like The Hills Have Eyes, Suture, Dark Water, Crimes of Passion, and many more. Their special editions are almost peerless and their devotion to elevating lesser known films to prominence is the sign of a company that really cares about its catalog.

And that does it for me, on behalf of myself and the rest of us at ReDVDit, have a safe and happy new year and we’ll see you in 2017 with more reviews. Take care.