Jon Combs is another one of our founding members of the writing team, and he has a love for talking and writing about movies, which he does here and on his podcast, Ninja Pizza Radio. Jon presents his favorite Criterion Collection Blu-ray releases, as follows.

It may come as no surprise that my list is very much dictated by feeling and emotion.  I have a great deal of passion for the Criterion releases as each one has so much to offer, and it is my goal to have an extensive collection someday.  For the time being I have five favorites among my collection that I will share with you.

I believe this was actually the first film I reviewed here on ReDVDit and for good reason; this film has everything going for it.  It is by far the most beautiful release I have in my collection. Here we have the rare opportunity to see a master at work.  In his first stop motion animation film, Wes Anderson tackles Roald Dahl’s Fantastic Mr. Fox.  Wes Anderson captures exactly what each director should strive for when handling a book adaptation. He captures the overall spirit of the book and in turn, the audience.  Wes Anderson is anything but ordinary but rarely has he been this extraordinary when tackling a film. 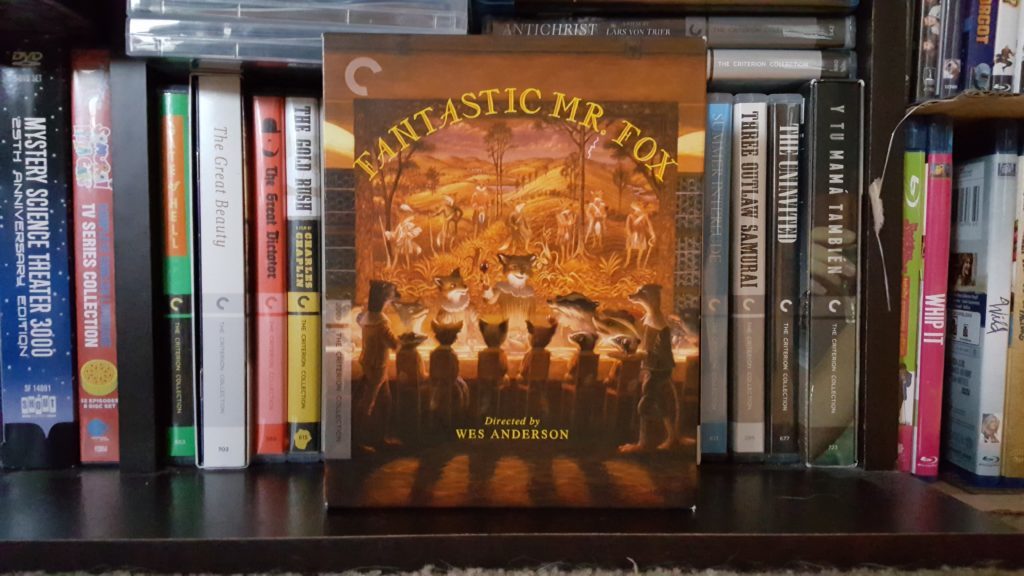 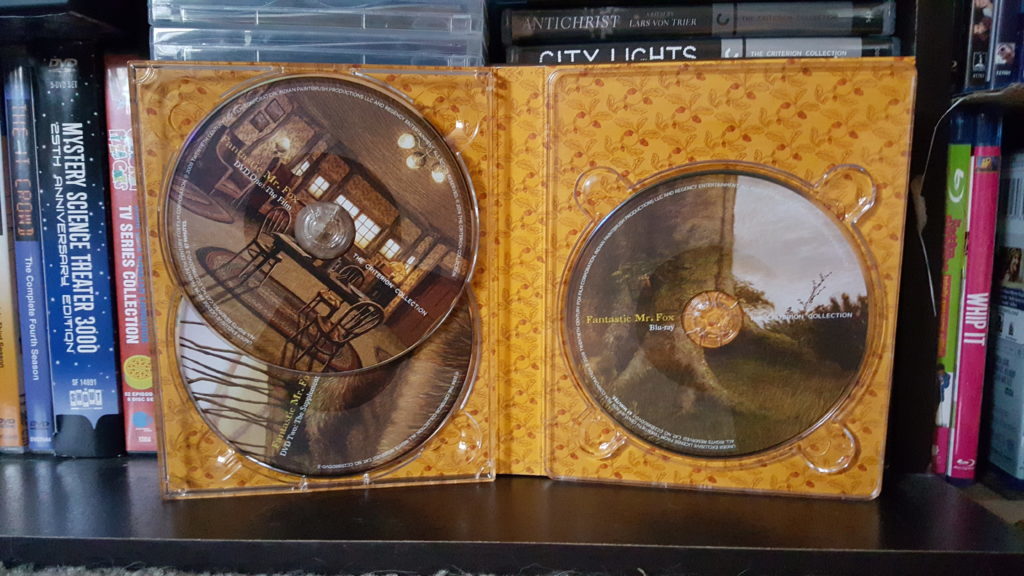 The Kid is my absolute favorite Chaplin film.  When I reviewed City Lights I had no idea that this film was going to be released and added to the Criterion Collection so soon afterward.  For me, this film shows great beauty and range of emotion while at the same time showing Chaplin’s willingness to risk it all for something he believes in.  In this film he shows a wide range in his acting ability that is not really seen in the films he is most well-known for.  Coming in at only 53 minutes, it is one of the shortest film in my collection, but one that I truly love.  If you are not a fan of this genre I implore you to give this one a go; it’s short, sweet, and just might surprise you. 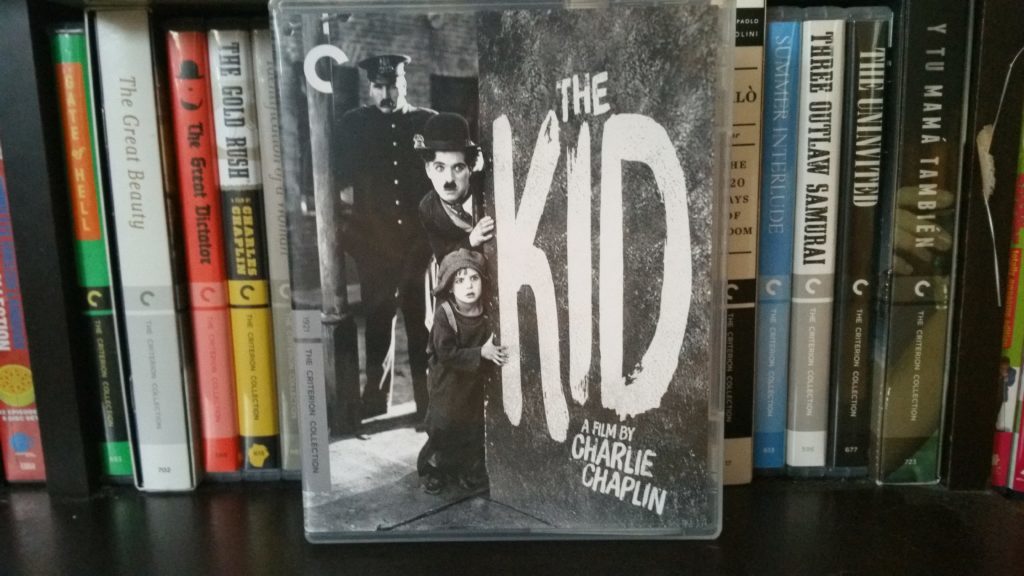 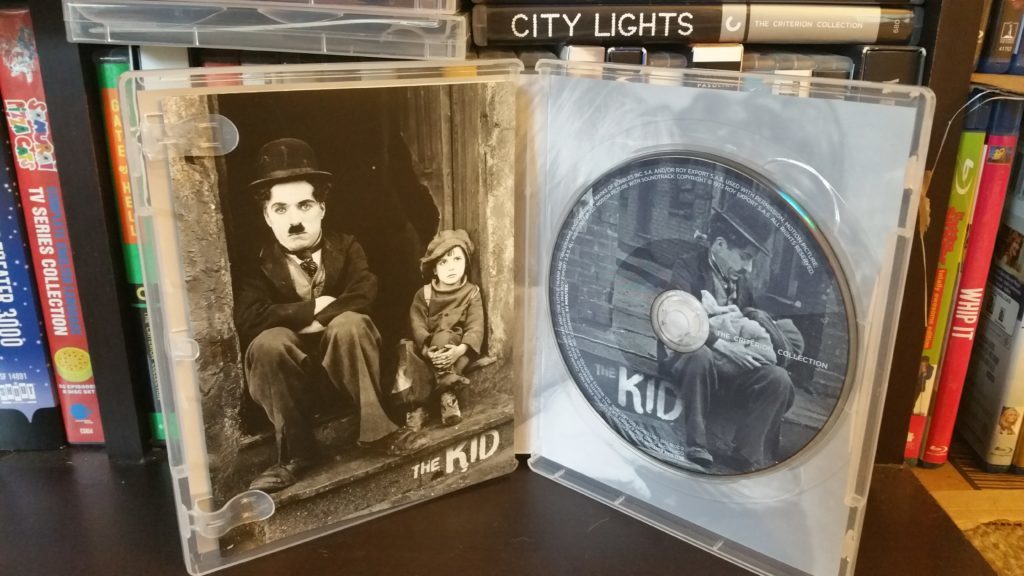 Yeah, yeah, yeah, I know I am putting two Wes Anderson films on here. But what can I say?  This one hits home hard for me, but it is possibly his least popular film he ever made.  For some reason it really gets over-looked each and every time I hear someone talk about his work.  However,  something about the combination of events in this film really inspires me, and this is what film is all about for me. It taught me something about myself, and as the characters struggle to find what they are looking for, we (the audience) are struggling to understand what’s really going on with these three brothers. 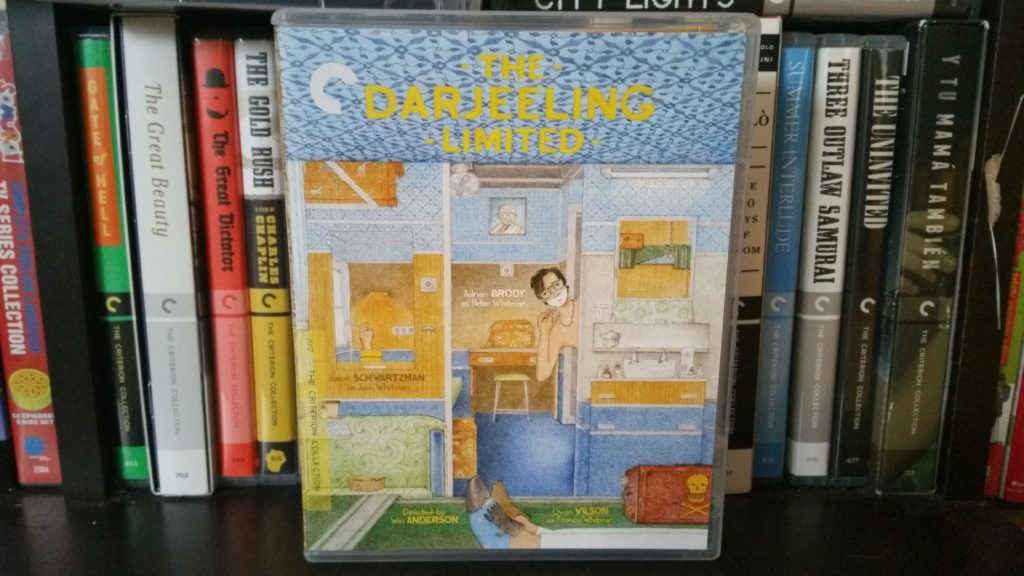 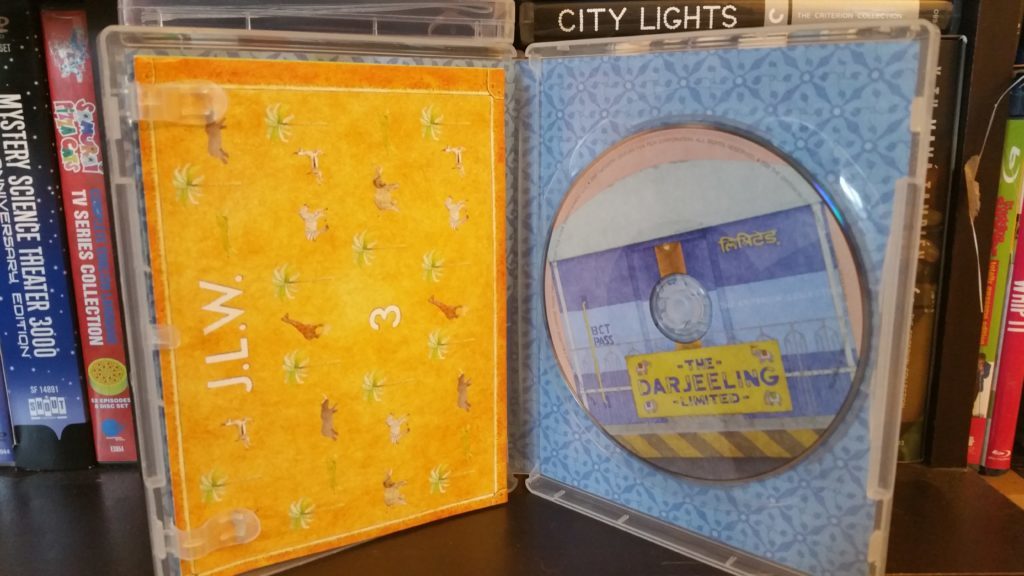 I can guarantee no one else puts this movie on their list and for good reason.  It is odd, gratuitous and overall does not hold any special qualities.  However, my Dad made me watch this movie dozens of times (Mom stop reading now) and it was the first time I saw the range of emotions different types of films could create.  What really strikes me about this movie is how unnoticed it is.  It is a fairly decent film and was well received in its own time.  Jeff Daniels shows some truly great acting in this film and Melanie Griffith is, well, “something wild”.  I highly recommend this film for all the wrong reasons and it’s a good watch.  I think my favorite part of this film was watching it all those years ago I had no idea it would have been Criterion-worthy, but I am very glad it is. This edition is beautifully presented as well, with excellent artwork and a delivering a great home theater experience. 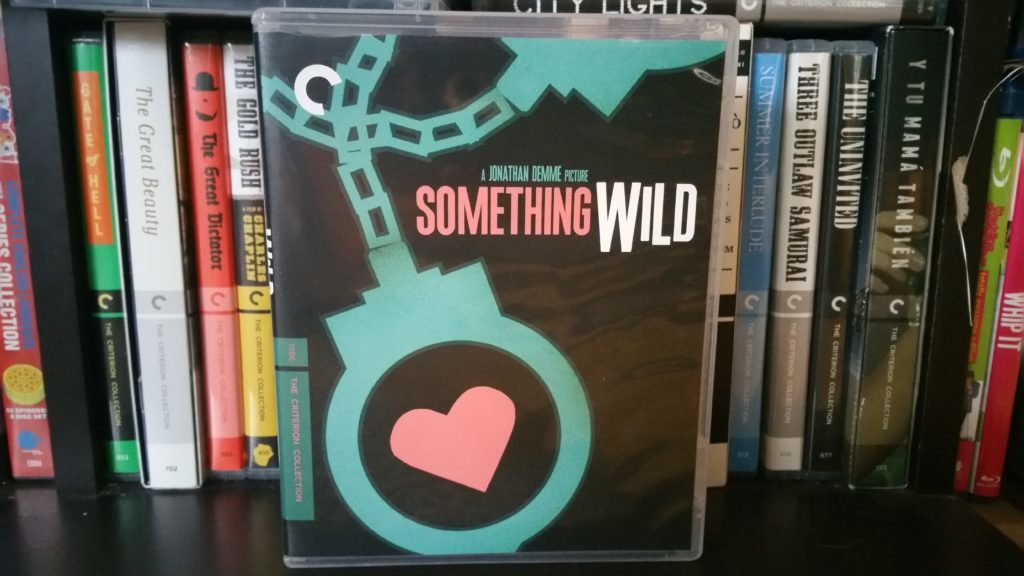 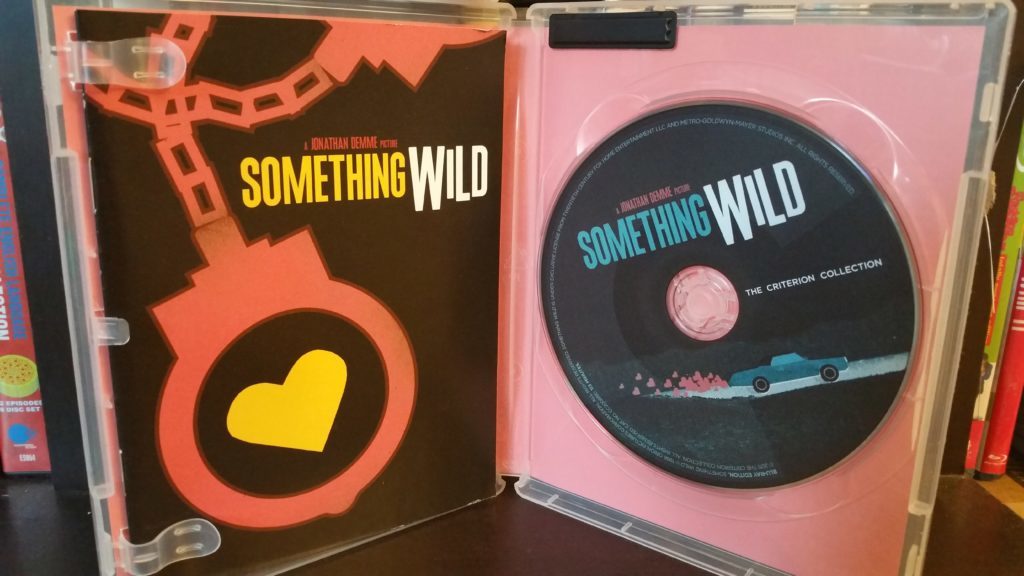 Who could forget this wonderfully tragic depiction of mental illness and overall redemption. Here we have Jeff Bridges and Robin Williams like we would never see them again.  This film is like no other that in the first few moments you recognize a completely different tone to it.  Taking well known actors and moving them into a new genre altogether was truly a masterful decision from Terry Gilliam.  If you haven’t had the chance to see this one yet, you are truly missing out on something great. 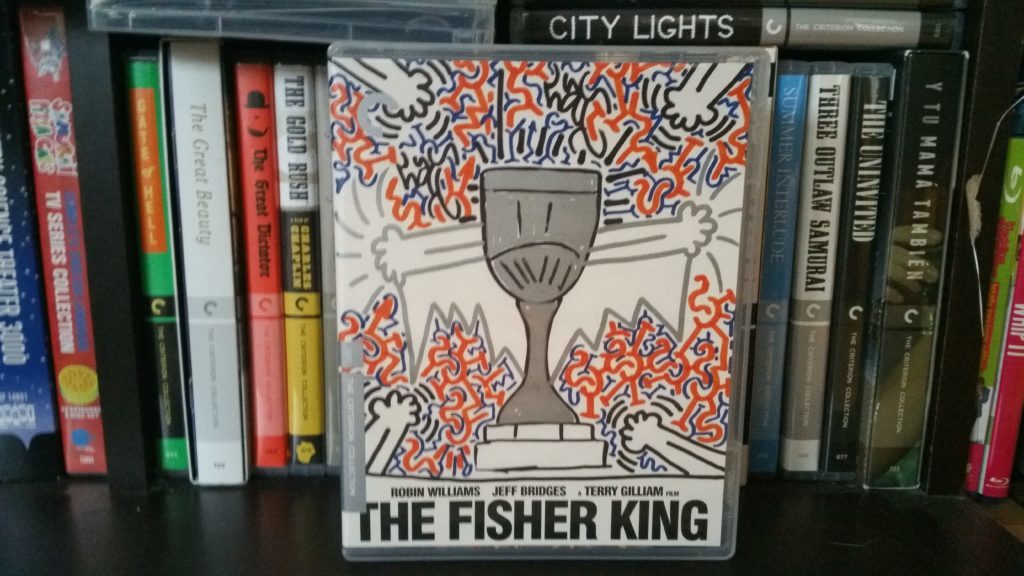 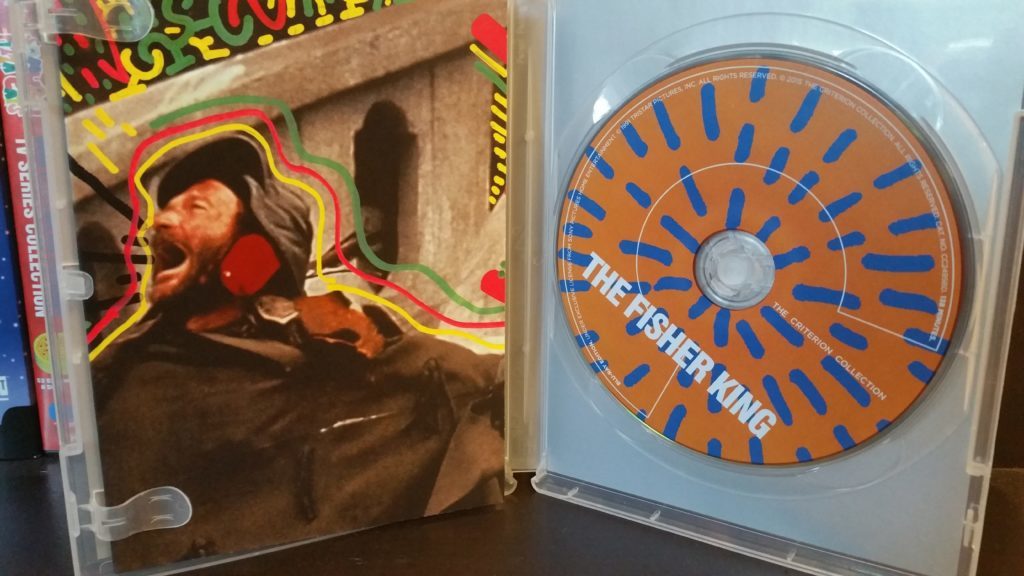