At the turn of the century, American Horror cinema was having an identity crisis. Most major studios had abandoned the franchise horror model after more than a decade of tired sequels and re-hashed stories. While the following year would see Jason Voorhees and Michael Myers draw their last breaths for years, most studios were already transitioning away from horror entirely or finding themselves seduced by the Japanese Horror craze. In the midst of all this upheaval of a once strong cinematic institution, 2001 saw the release of a new killer onto the screens of American movie goers: the Creeper.

Victor Salva’s Jeepers Creepers debuted on August 31, 2001, a scant 12 days before the tragedy of 9/11. With attitudes turning away from horror stories in the wake of that tragedy, it is safe to assume that the film never reached its full economic potential, but the film still pulled in an impressive $60+ million box office on a $10 million dollar investment. One has to wonder that without its arguably superior sequel, it may have been lost in the abyss of the endless selection of films, but there’s a lot to love and admire here. Now, Scream Factory presents to us an attempt to deliver a definitive edition of this oft overlooked gem. Let’s take a look. 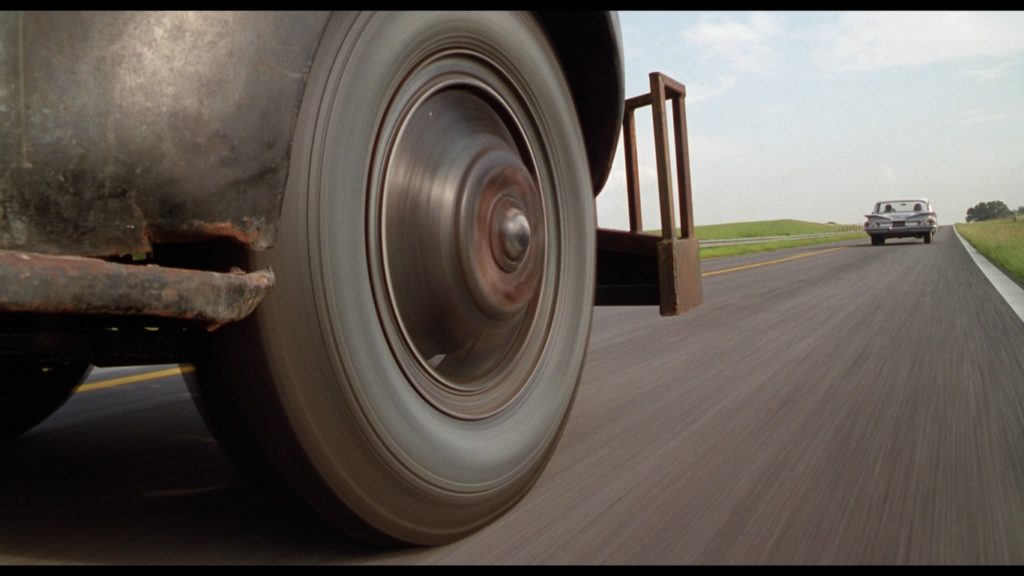 A brother and sister make the long drive home only to find themselves in the sights of a most peculiar killer. Thus begins Jeepers Creepers, which veers from a potential adaptation of Spielberg’s Duel to a meditation on biting off more than you can chew with a helping of the supernatural. Gina Philips and Justin Long play Trish and Darry, who begin the film chatting and bickering like only brothers and sisters can. After nearly being run off the road by a massive truck, they witness the driver of said truck disposing of some body shaped bags on the side of the road. After a brief debate, the siblings can’t resist investigating and find themselves within the sights of a deranged killer with more than a few tricks up his sleeves. Finding themselves stalked by the creature known as the Creeper, even the help of a psychic and the entire local police department can’t stop the Creeper from reaching his prey for a climactic showdown.

I originally came to Jeepers Creepers on the strength of its sequel, and watching both again back-to-back for the review of Scream Factory’s new Collector’s Editions illuminates just how stark the differences are between the two. Where the sequel commits fully to the supernatural horror of its creature from the opening scene, Jeepers Creepers keeps the true nature of its monster close to the chest for most of the film. Director Victor Salva ratchets up the dread with more traditional scares and creepy set pieces before the curtain pulls away and we see exactly who (or what) is stalking our protagonists. By the time we reach the climax of the film, we’re still so thrown for a loop that the shocking finale can get lost in the mix of emotions. It’s a finale that deserves our attention and the respect of horror fans everywhere with its bold decision making and strong execution. It had been years since I’d last driven down that empty country road with Trish and Darry, and I was pleasantly surprised at how well the first film held up. 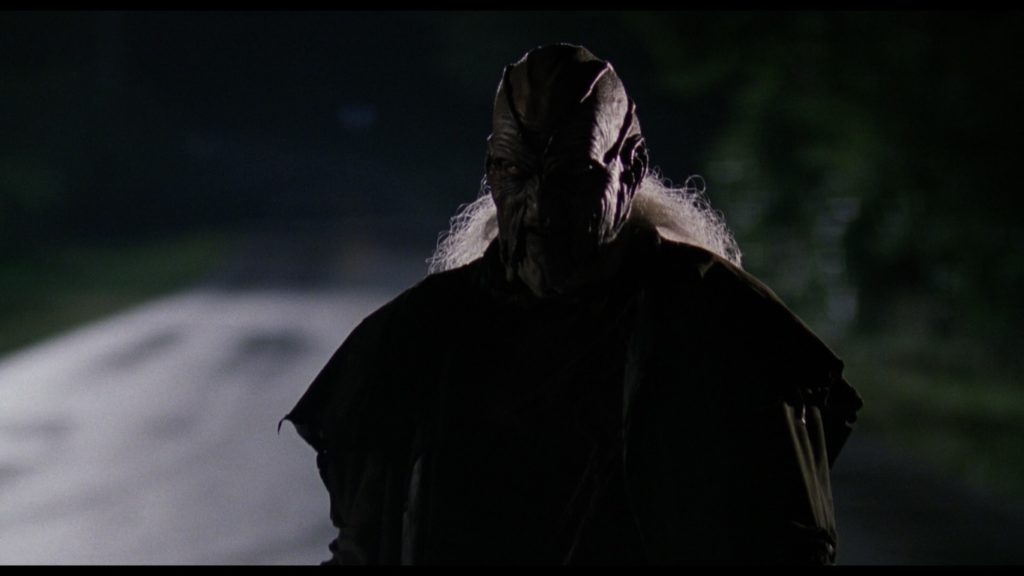 Scream Factory has committed to providing the strongest viewing experience possible with this release of Jeepers Creepers, coming to us with a new 2k scan from the interpositive. Unlike the sequel, Jeepers Creepers doesn’t experiment with a wide color palette, relying on muted browns and greens in most shots. While minor scratches appear at times throughout the film, the presentation here is by and large very strong. The only place the film grain really becomes apparent is in the darker scenes, especially those shot outside, mostly present in the last third of the film. Close-ups, particularly of the Creeper, are vibrant and clear and showcase the fantastic creature work. Scream Factory has showcased, yet again, their strong commitment not only to releasing films but releasing the best versions of them, and that is on display yet again with this release. 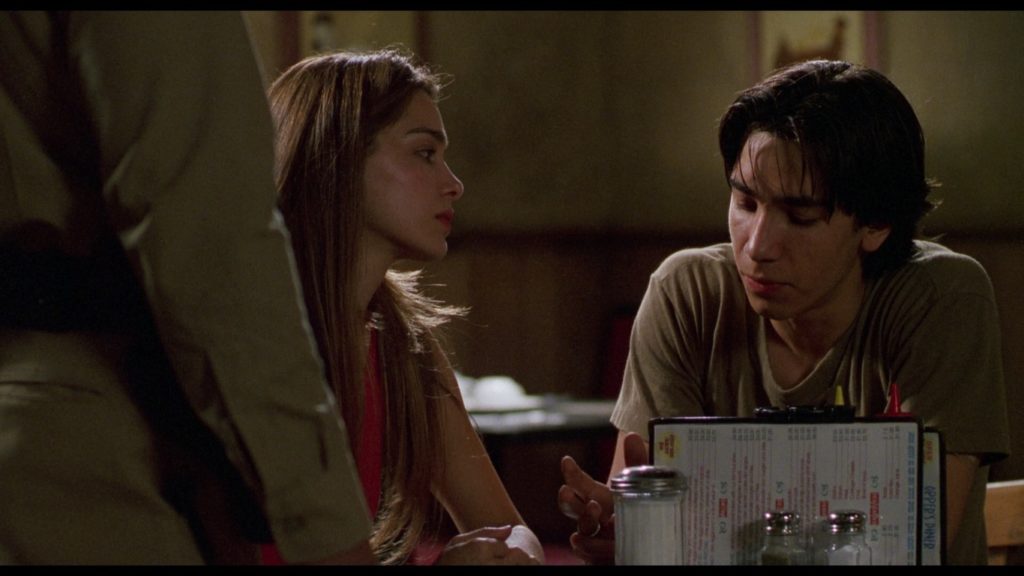 Jeepers Creepers: Collector’s Edition features a DTS-HD 5.1 audio track that is proficient if somewhat unremarkable. Ambient noise is not much of a factor in most of the film and the mix reflects this with a front-and-center oriented mix. You won’t be flexing much of your surround system’s muscle with this release, but it’s still an with an overall pleasant presentation of this often reserved horror film. Speech during the car scenes can be occasionally muddled but most of the dialogue to clear and up front. Fans of the film will be pleased, if not overjoyed, with the treatment. 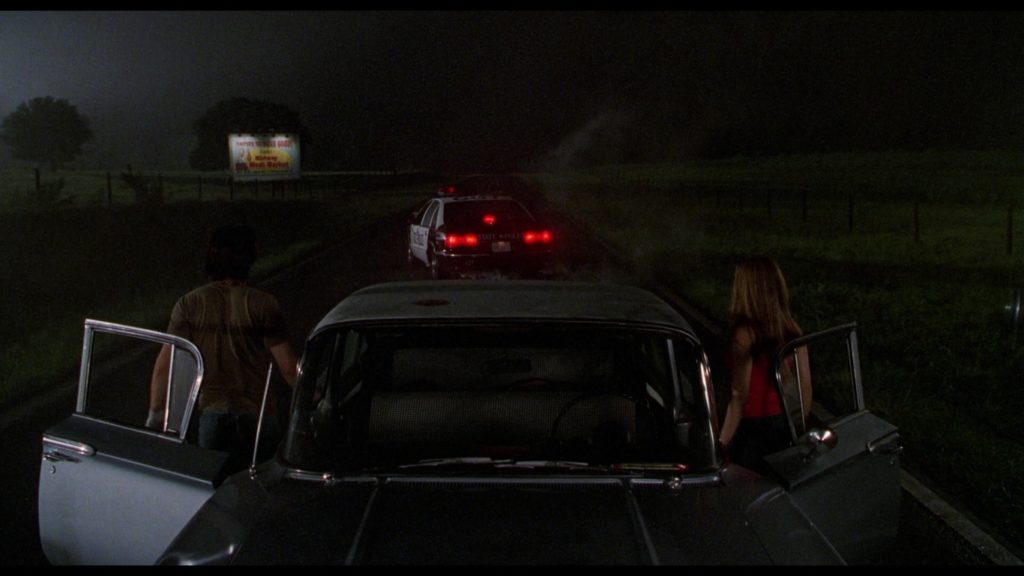 Scream Factory has really outdone themselves with the bonuses on this release. Fans will not only get three new bonus documentaries featuring the filmmakers and actors, but they’ll also be able to enjoy a new audio commentary featuring both the two stars and director Victor Salva. With just over fifteen years gone by since the film’s release, each of the participants in the new commentary have interesting insights on the experience of making Jeepers Creepers and where it fits into the American Horror tradition. The new Then and Now featurette is particularly worth watching due to the wealth of persons involved in the making of the films getting back together to discuss their experiences. In addition, previously available special features from earlier releases of the film have been pooled together on this release, including alternate opening and closing sequences.

The slipcover and front cover of the release feature new artwork commissioned especially for Scream Factory.  In addition, Scream Factory features original release artwork as a reversible cover option for the Blu-ray case, a hallmark of Scream Factory’s release. It’s a minor touch but a welcome one for many horror fans and a sign of the love and respect Scream Factory shows for its releases. As Jeepers Creepers: Collector’s Edition is released concurrently with its sequel, I’m happy to say that the spines match up and will look great side by side in your home video collection. 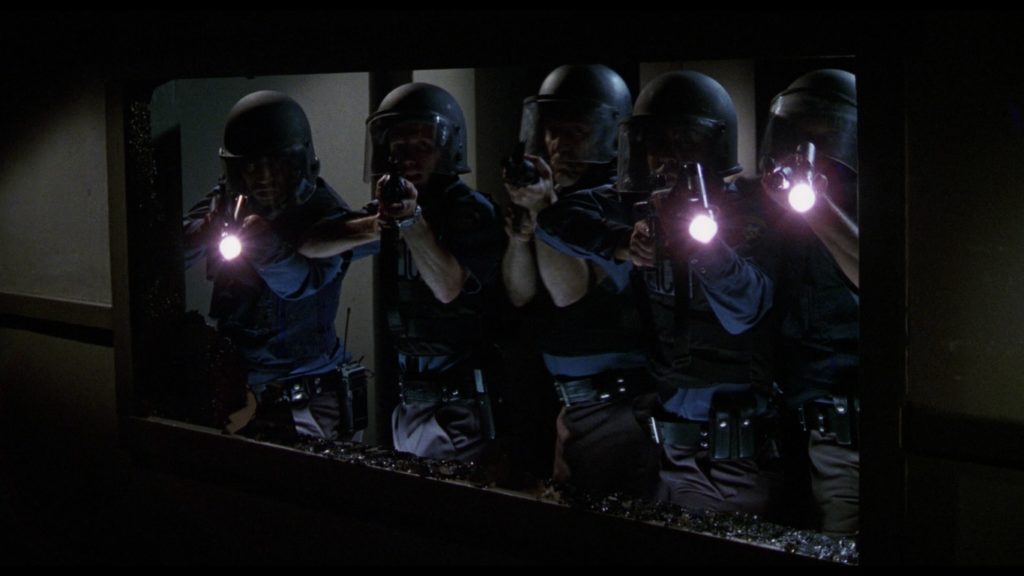 Coming to us on two standard BD-discs, this list is provided by Scream Factory’s database: 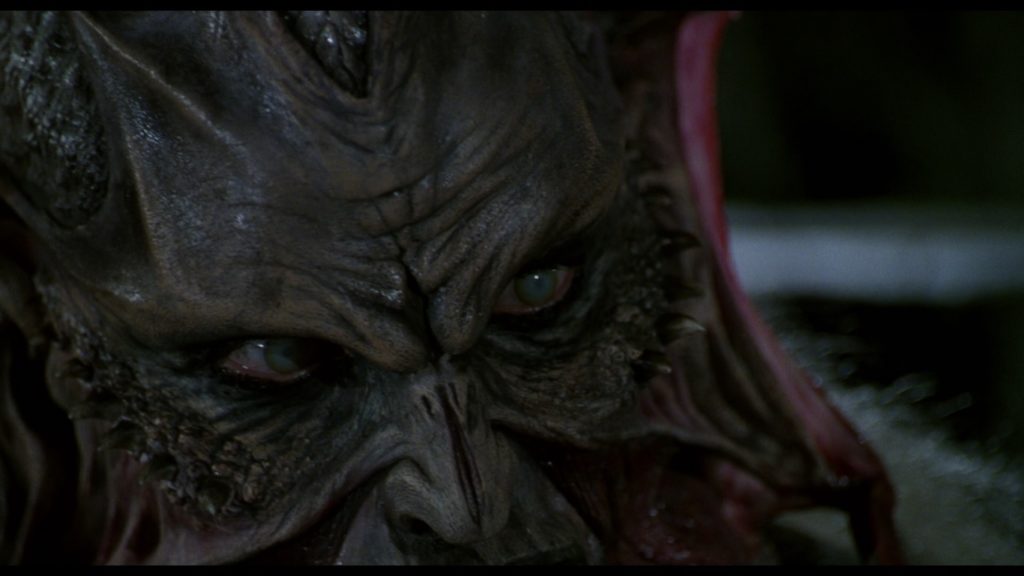 Jeepers Creepers is not often mentioned in the same breath as some of the more recognizable horror classics to make audience across America scream, but there’s a lot to both love and admire in this film. In a time when most monsters were being retired, the Creeper was making his debut in theaters. This film excels in building the tension for the two protagonists as they slowly but surely began to realize that the threat they face is (way) out of their league and the helplessness they feel is communicated strongly to the audience in the climax. Scream Factory continues its strong commitment to restoring and celebrating American Horror with this release of Jeepers Creepers: Collector’s Edition. If you’ve been thinking of getting re-acquainted with this forgotten gem, do yourself and favor and pick it up.

Author’s Note: We at ReDVDit are aware of director Victor Salva’s troubling criminal history. As this film was completed and released after Salva served his sentence for his crime, we feel that reviewing this film does not jeopardize our moral character.