Sequels that improve on the original are something of a unicorn in the film world; one can go their whole life with only seeing a handful. The obvious contenders (The Empire Strikes Back, Star Trek II: The Wrath of Khan, The Dark Knight) are out there, but there’s always a surprise or two waiting for the intrepid viewer. Enter Jeepers Creepers 2. Released two years after the original, Jeepers Creepers 2 occupies an odd space in the history of horror cinema. Most studios had abandoned the standard creature feature at this point, committing either to hard-won nostalgia (2003 also saw the release of borderline fan fiction Freddy vs. Jason) or the then emerging Japanese Horror re-make obsession, our second look at the Creeper in action signaled a commitment to a franchise at the time that they were dropping like flies. Despite rough reviews, the film was eminently profitable. In the years since, horror fans have gravitated more and more to the film for its strong creature work, innovative concept, and surprisingly forward-thinking racial commentary. Now, Scream Factory has delivered a Blu-ray collector’s edition to compete with MGM’s two-for-one franchise release. Let’s take a look and see if Jeepers Creepers 2: Collector’s Edition delivers. 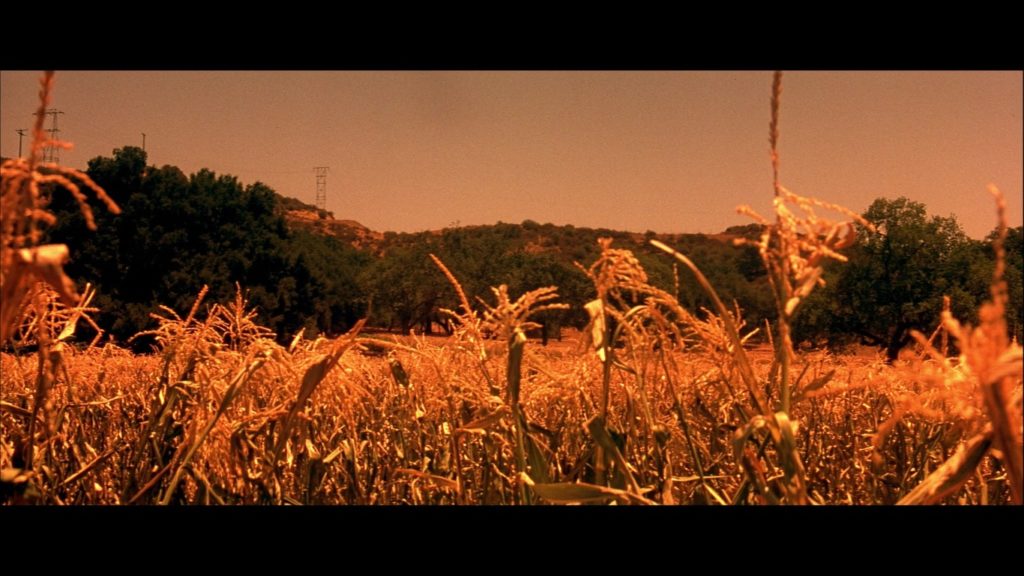 Picking up three days after the events of the first film, Jeepers Creepers 2 begins with a high-tension opening scene, pitting the Creeper against an unsuspecting father (played by the incomparable Ray Wise) and his two children. When the Creeper makes off with its chosen prey, the stage is set for a climactic confrontation. We fast-forward to the next day where a high school sports team celebrates their state championship win on the bus ride home. Two suspicious flat tires later and we see the bus, and its inhabitants, stranded in a modern update of Dorothy’s Kansas. The Creeper’s trap is sprung and it begins to hunt down the students, and their teachers, picking them off at its leisure. Tensions rise and racial issues boil over between the students as the Creeper ratchets up his attacks, unaware that he too is being hunted.

I’ll be honest with you: I’ve always had a soft spot for this film. I blame it on the simplicity of the set-up: trapped on a bus, hunted one by one. It takes standard horror fare and tweaks it just enough to give us a new, interesting set-up without changing the central conceit of the Creeper and his world. Mix in some strong creature work and more than a few winks at the audience when it commits to schlock and you’ve got a picture that is surprisingly strong to those who would typically write-off a horror sequel. Ray Wise’s grieving yet determined father is the icing on the cake, providing just enough emotional grounding to keep the tension bubbly until the fateful climax. 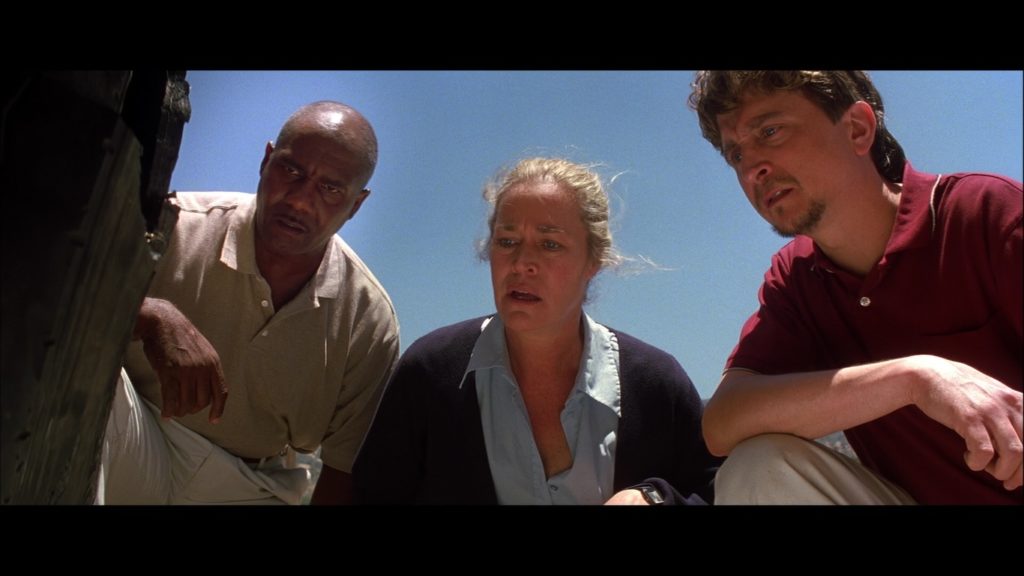 This started out real dodgy, folks. Originally shot on Kodak 35mm with Panavision cameras and lenses, there’s some debate over what the source for this transfer must’ve been, but the first five minutes of the film are inundated with grain and heavy scratching. Fans of the franchise will remember how bright and distinct Jeepers Creepers 2‘s opening scene is, a penetrating yellow and orange palette will likely push the limits of most displays. The brightness in the coloration enhances the problems in the print itself, making them unavoidable. I’m happy to say that as the film transitions to its dominant, nighttime color palette, the issues with grain and scratching become far less problematic. It’s an uneven presentation to be sure, but it’s a strong step-up from the DVD release. 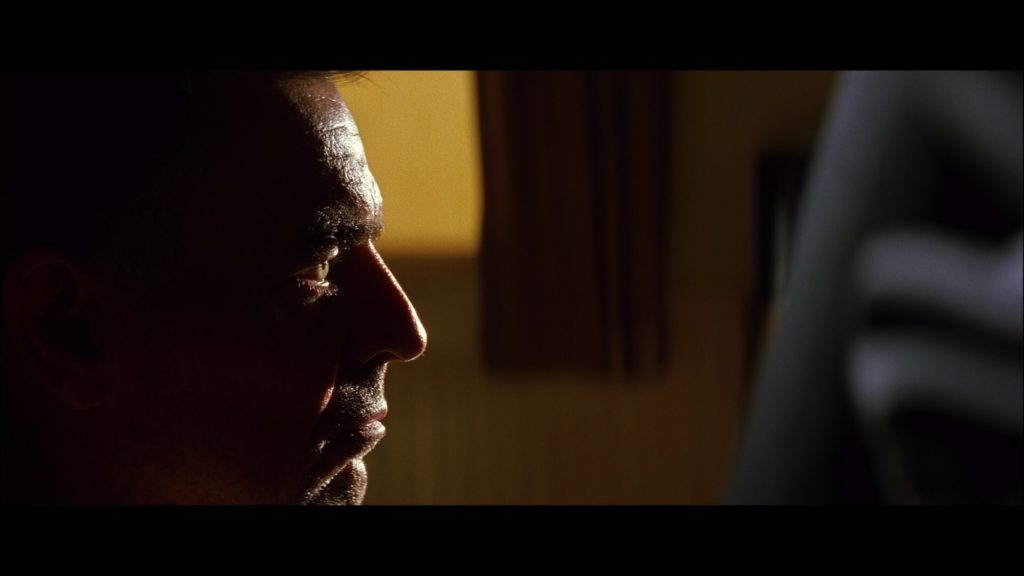 Jeepers Creepers 2 comes to us with a strong DTS-HD 5.1 mix and, truthfully, it’s a lot of fun. The mix isn’t too dynamic, tending to keep most things centralized and failing to take too much advantage of the opportunities made available by the 5.1 presentation. Conversations can be lost at times within the bedlam of the action, but by and large the action and voices are distinct enough to ensure there’s no loss or confusion for viewers. The score in this film is far more effectively used and is on full display here, adding real depth and strength to the overall audio presentation. Jump scare and “wow!” moments are utilized more heavily in the sequel, and the mix is adept at giving priority to low-level ambiance before delivering the scare. 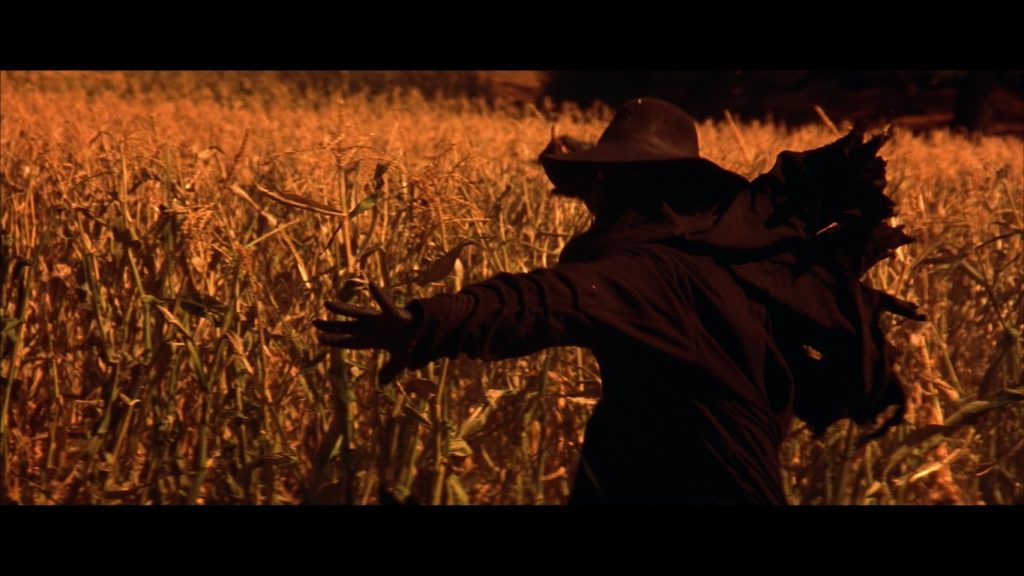 Now we’re talking! Scream Factory has assembled a positively massive collection of special features for this release, including three new bonuses just for this Collector’s Edition release. You get three separate discussions featuring Victor Salva and the crew, another featuring some of the actors who played students in the film and a new interview with Ray Wise about his role in the film. Each of these new recordings are presented in high definition, as is the theatrical trailer. In addition, previously available special features are also included on the disc, giving the devoted fan hours of extra content to enjoy, but in DVD quality. Further, Scream Factory again delivers on exciting new art for their releases with a stunning slipcover with their patented reversible inside cover in the Blu-ray case itself. This is yet another sharp release from Scream Factory that you’ll be proud to have on your shelf. 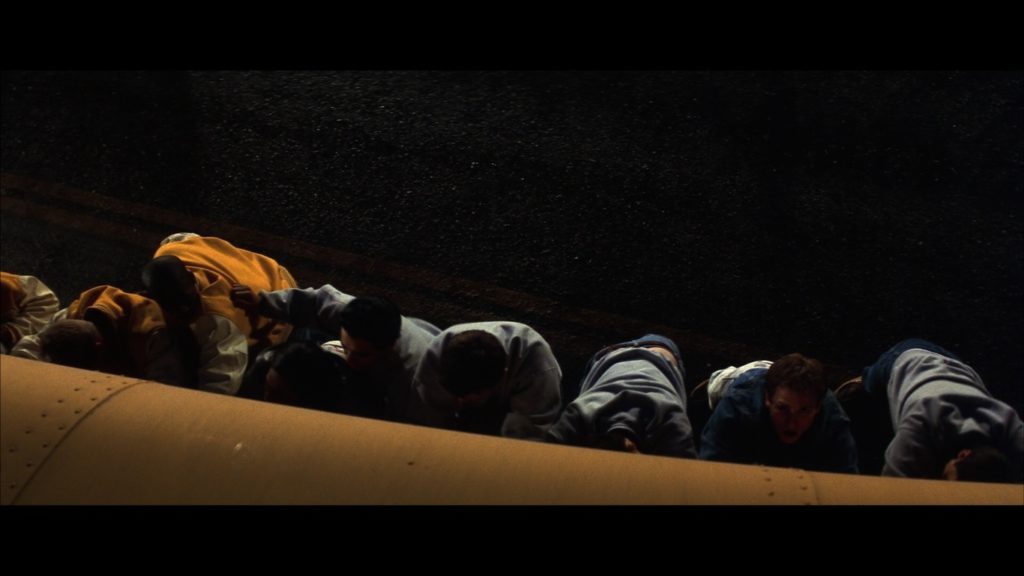 Coming to us on two standard BD-discs, this list is provided by Scream Factory’s database:

Scream Factory continues its good work with this release of Jeepers Creepers 2. With their pedigree, I expected a smorgasbord of special features and I was not disappointed. There’s hours of additional concept here just waiting for eager fans to peruse, all delivered in yet another stunning box presentation with reversible art. Once again, Scream Factory has done an admirable job delivering what some might consider a “forgotten” film (or even a forgotten series) to consumers with a strong overall presentation. Jeepers Creepers 2 is, without a doubt, the stronger of the two films featuring the titular Creeper, and with rumors flying of a third film coming down the pipe, now’s a perfect time to revisit this cult classic.

Author’s Note: We at ReDVDit are aware of director Victor Salva’s troubling criminal history. As this film was completed and released after Salva served his sentence for his crime, we feel that reviewing this film does not jeopardize our moral character.