Modern western films seem to be either really, really good, like remakes of 3:10 to Yuma and True Grit and pseudo westerns such as No Country for Old Men, or just plain bad, like The Lone Ranger and Cowboys and Aliens. It seems that many modern filmmakers just can’t get a grasp on what made these movies so popular in the golden age of cinema – aspects like likable heroes, a thirst for justice, and a battle against the evil that plagued the frontier. Instead, they try to take a dark, edgy approach that muddles to me, what made the countless westerns of old so great. Jane Got a Gun unfortunately is destined to end up in the same lot as the latter. 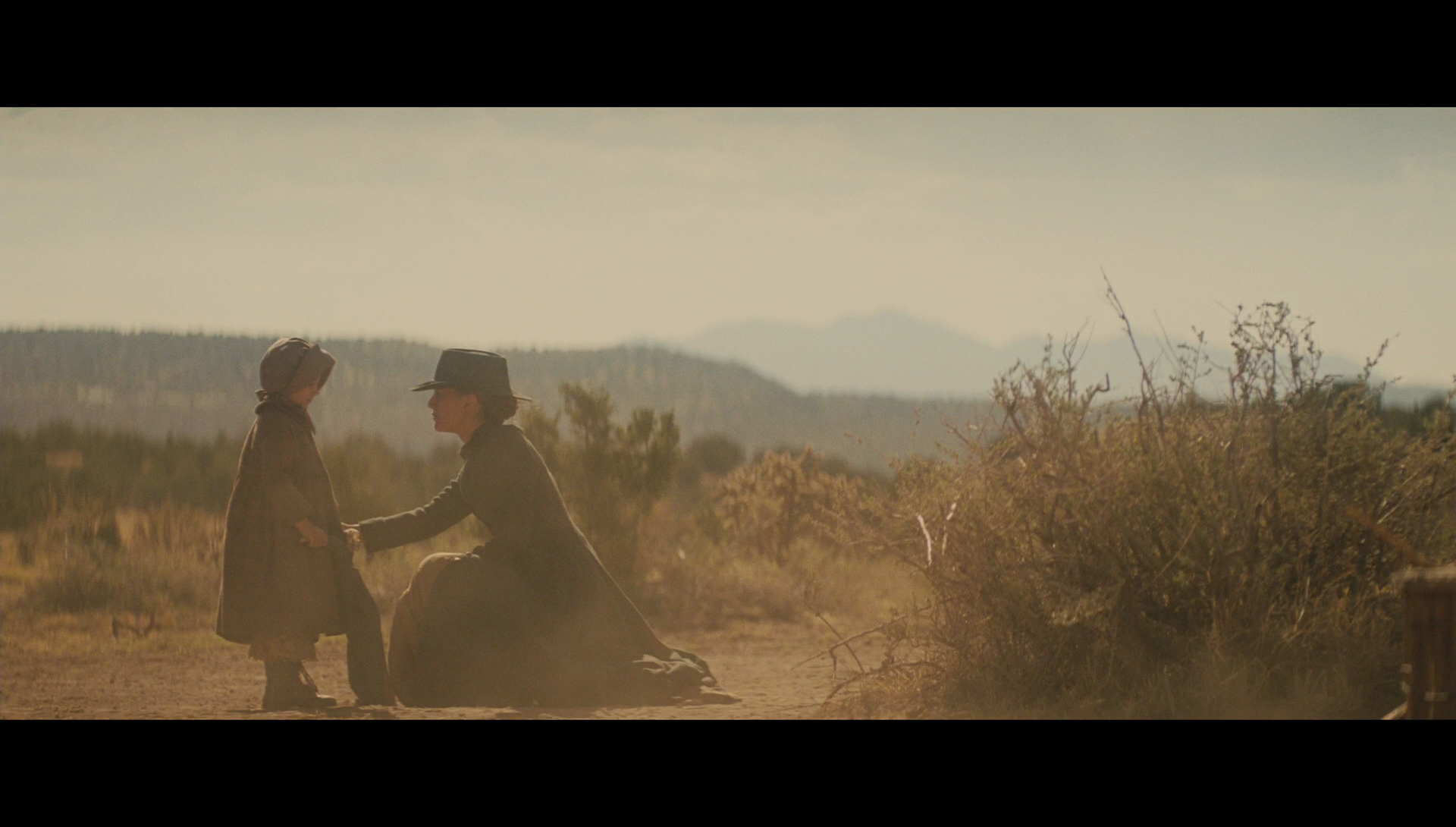 Directed by Gavin O’Connor, who is known best for his work on the 2004 hockey movie Miracle, and starring Natalie Portman and Joel Edgerton, Jane Got a Gun is a fairly standard western. Portman stars as Jane, a woman who travels out west to find a life of comfort that she has never known in Missouri, settling down with a known outlaw, John Hammond. Together, they start a family out west, in New Mexico, while simultaneously on the run from the notorious Bishop gang, who is out for Hammond’s blood. After John comes home shot to hell one night, Jane takes it upon herself to protect her family, hiring former lover Dan Frost, played by Edgerton to help her mount a last stand against the Bishop gang.

The movie tells a lot of its story in flash back, spending most of its time giving us glimpses into Jane and Dan’s former life in Missouri together, teasing us with a potential love triangle that never really materializes. Instead, we get a lot of exposition that drags us down with drama between our two leads, as we spend ages going over Jane’s decision to leave Missouri during the Civil War, which ended their relationship. The movie kind of stalls out as the first hour goes by, filled with traditional western scenes like the stoic hero saving Jane from her demise at the hands of a savage outlaw, and the like. During the film’s third act, it absolutely flies, stuffed to the brim with backstory and action. It crams in most of the backstory, that it could have spent the first two acts elaborating on to generate a sympathetic connection with our characters, into about twenty minutes of screen time, leading into an explosive conclusion that feels oddly unsatisfying. 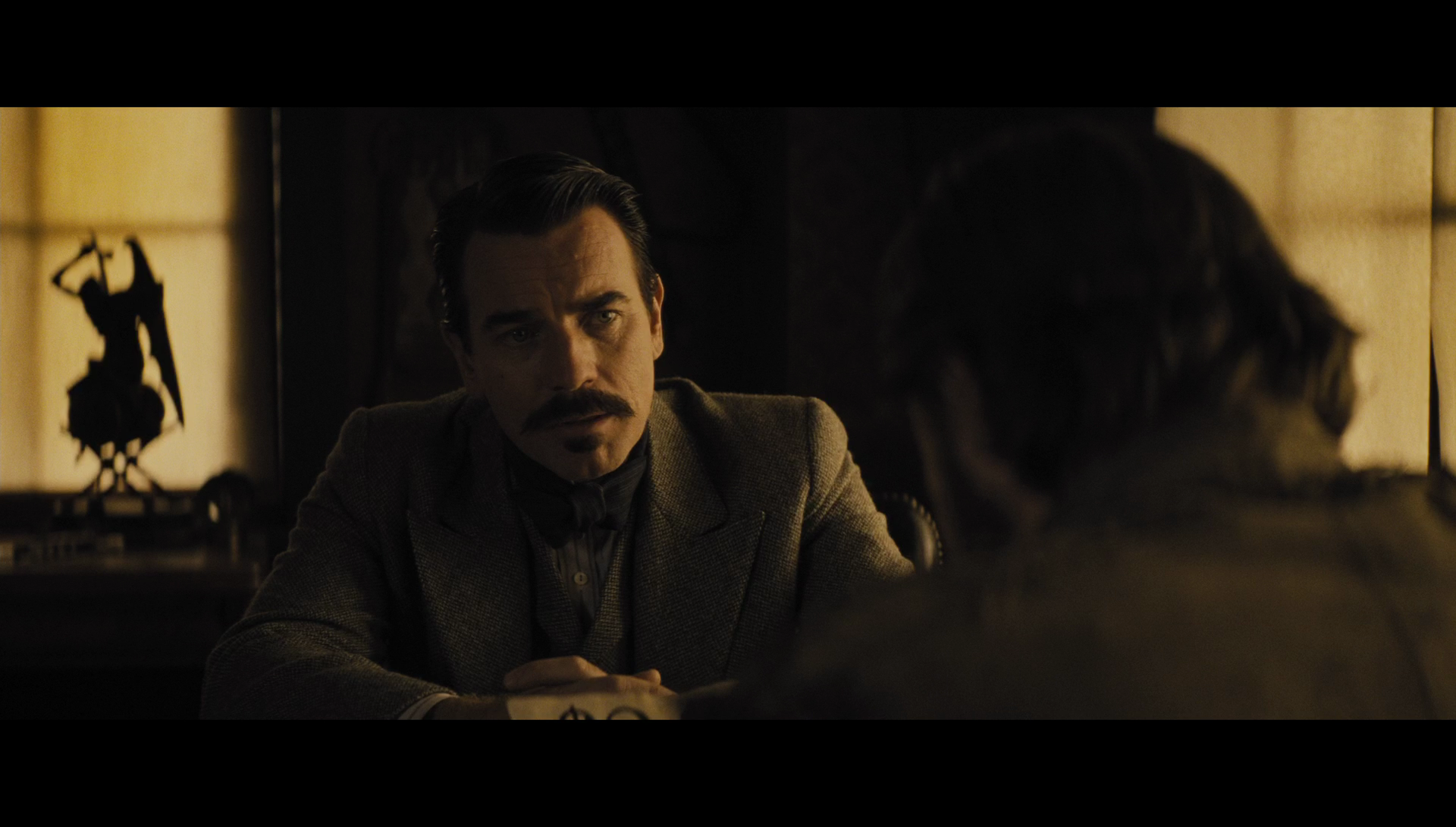 Jane Got a Gun had a rather troubled production cycle, losing a director and a pair of lead actors at one point or another, leaving us with an uninspired production, crippled perhaps by the fact that it dragged out for so long before the cameras even started rolling. Ewan McGregor, in. surprising villainous turn as the notorious Bishop gang leader, couldn’t come off as a less intimidating character, while Edgerton seems bored portraying the role of Dan Frost. Portman, playing Jane, pulls off the best performance of the film, but even some of her most melodramatic scenes play off as total ham, making it tough to become immersed in the emotion of certain scenes. 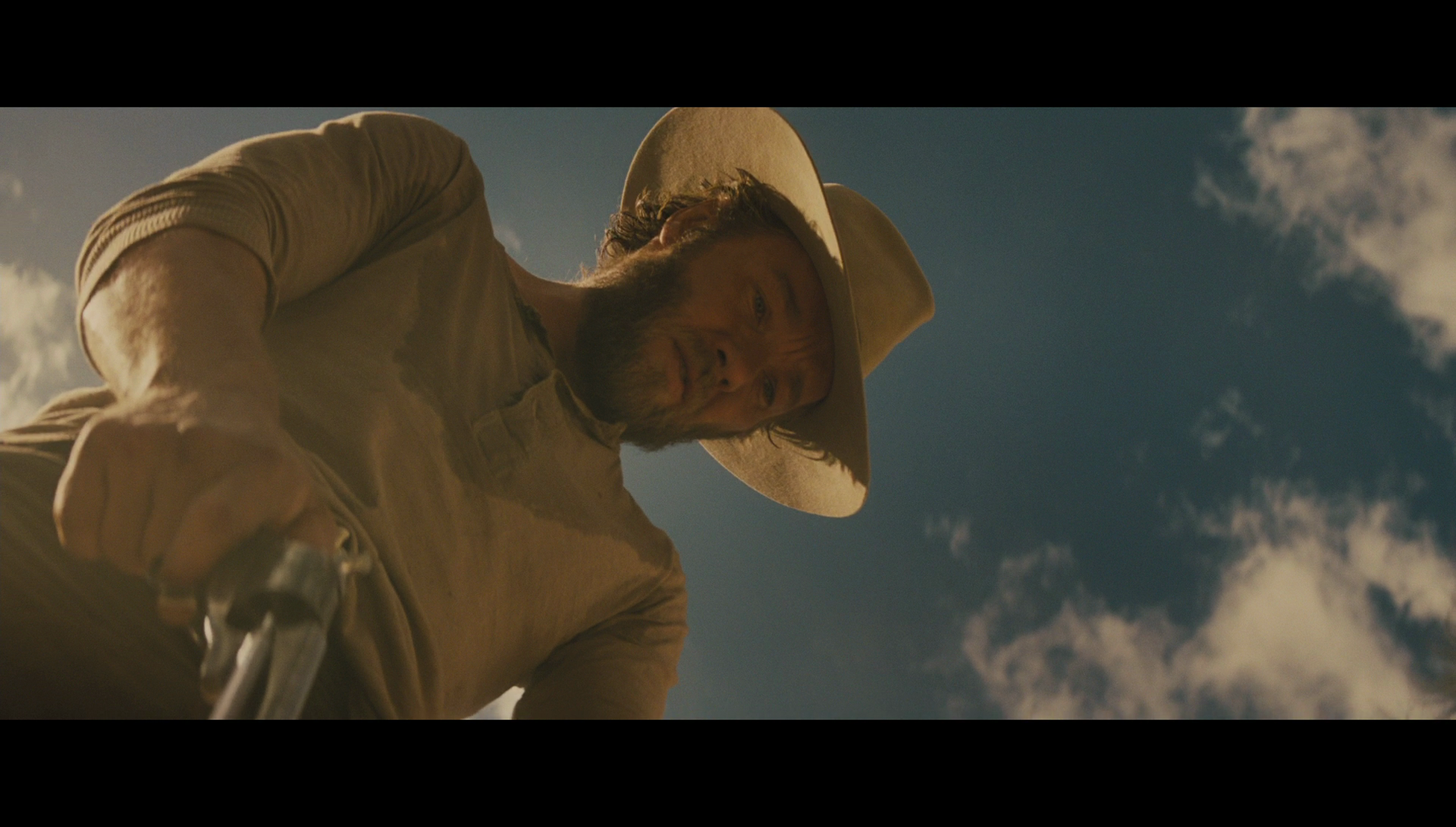 The movie tries to end strong, with a spectacular last stand sort of battle that the film has been hinting at the entire time, that seemed to come off as a western styled version of the end of L.A. Confidential, with our two leads stuck inside a bullet ridden shack, but even the thrill of the action cannot save this movie from looking tired, and uninspired.

Jane Got a Gun was shot on 35mm motion picture film using Panavision anamorphic lenses. It was scanned in 2K to create a digital intermediate, and presented in theaters using a 2.35:1 aspect ratio. Anchor Bay’s Blu-ray of the film is presented in 1080p, maintaining the 2.35:1 theatrical aspect ratio. 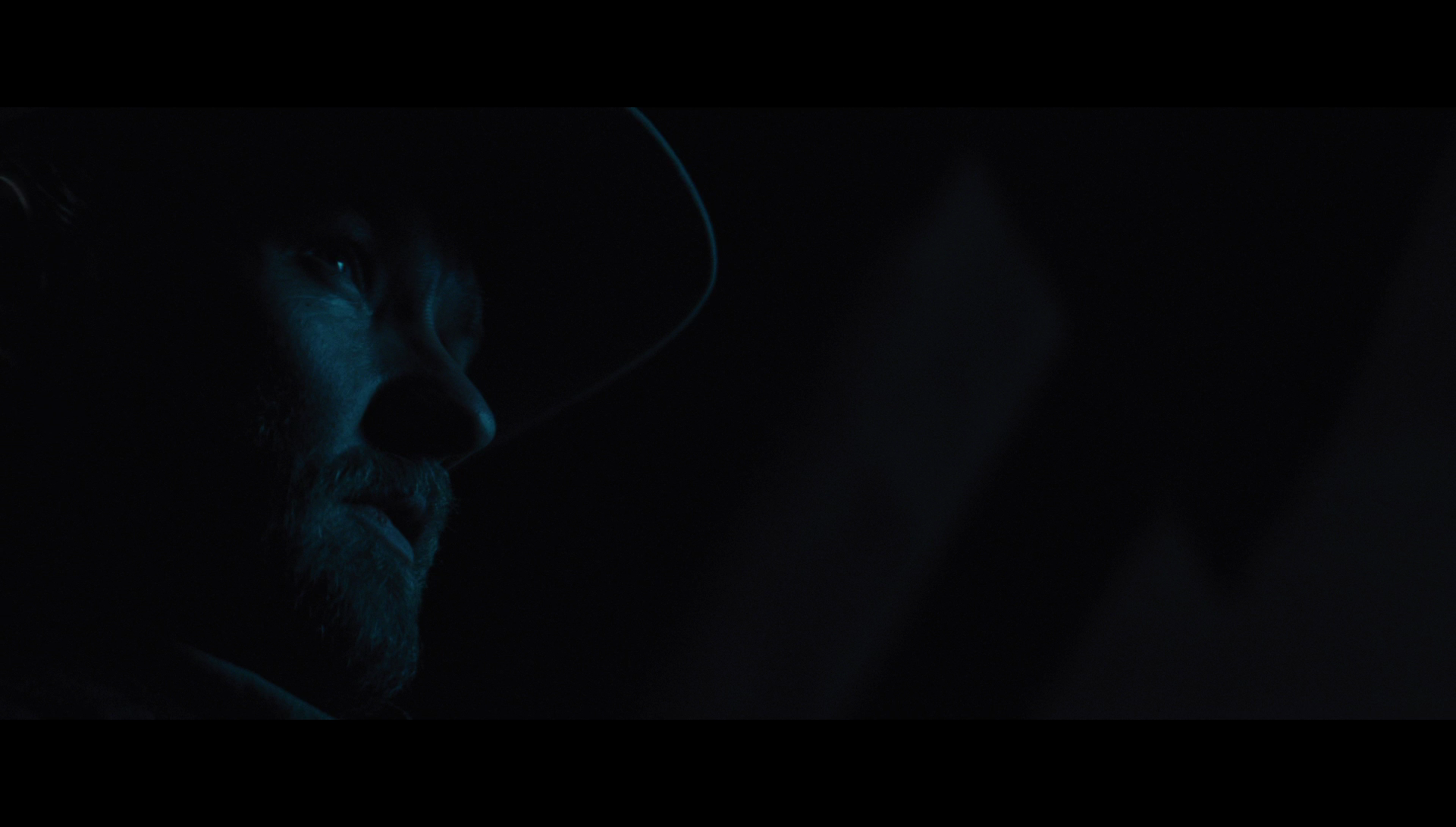 Boy. I am not sure exactly what happened here, but Jane Got a Gun does not look particularly good in 1080p. It seems that some light filtering has been applied to the film transfer, as grain does not resolve particularly well throughout any of the films 90 minute run time. Colors seem subdued, presenting the wild west as a drab, light brown wasteland, most likely an intentional choice by the creative team. Blacks, especially during the nighttime scenes towards the end of the film, are terrible, hindered by a terrible encode, with bitrates dropping close to DVD levels of compression. Detail level hover somewhere in middle, looking good during certain daytime sequences, but not in others, and struggling during the night time sequences. Jane Got a Gun just does not look that good on Blu-ray. 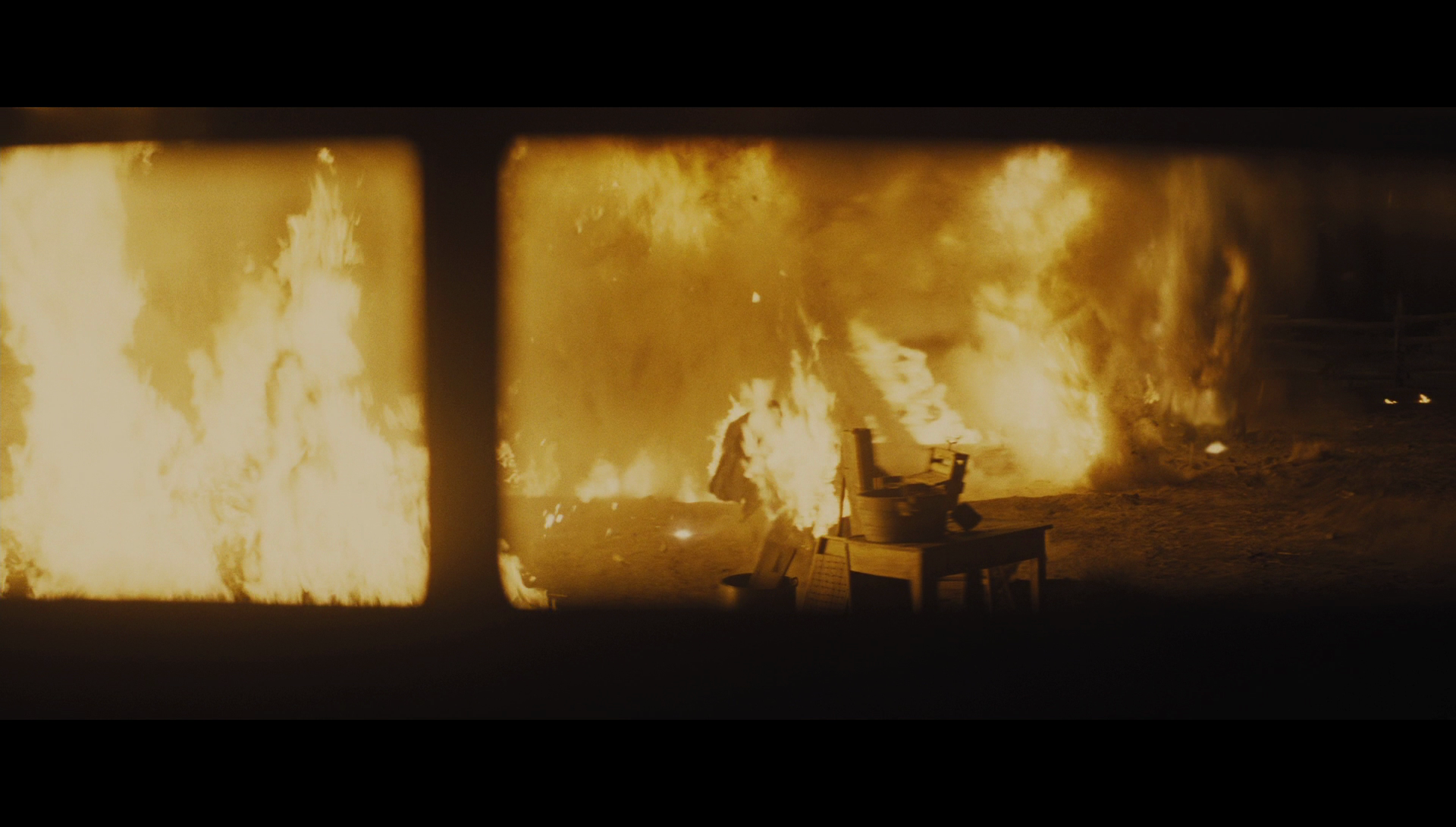 Jane Got a Gun features a 5.1 DTS-Master Audio soundtrack on Blu-ray that holds up pretty well. Most of the film’s sound design is rather tame, mostly focusing on a lot of quiet conversations set against the empty western frontier. However, as this is a western, there is at times, some incredibly intense gun fire, and even a few explosions that absolutely roar through the soundscape. During scenes like these, gunshots echo throughout the surrounds,whizzing all around with some hefty weight added from the subwoofer. Jane Got a Gun has limited amounts of intensity, but when they arrive, they’re delivered with a realistic punch. 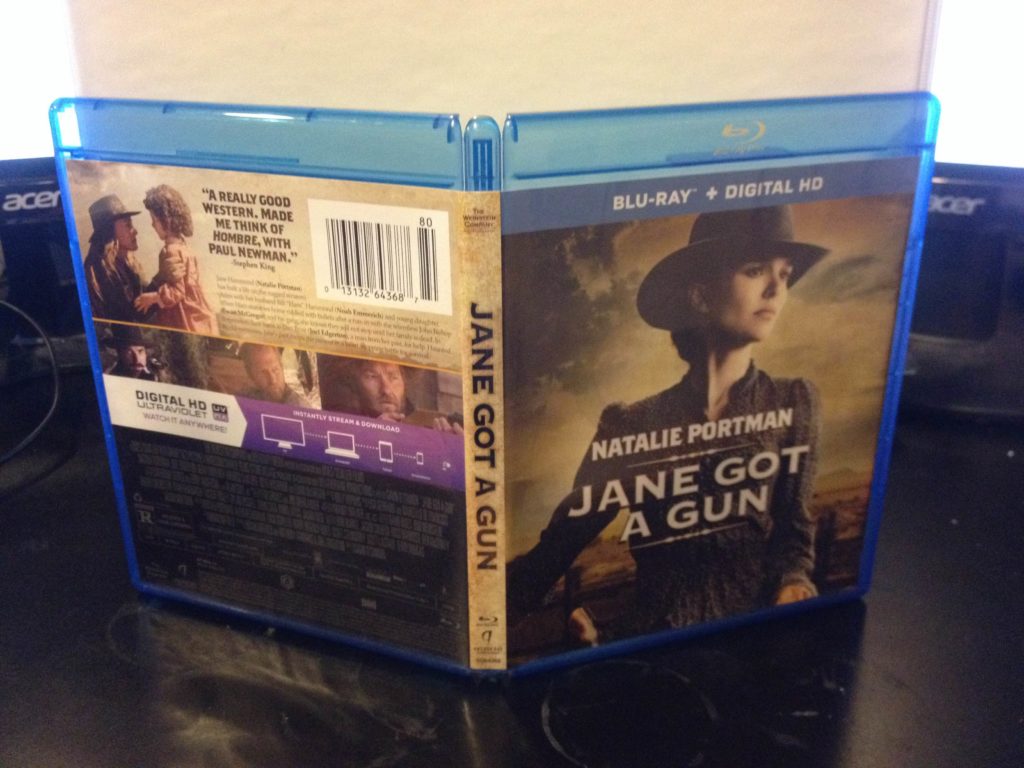 Jane Got a Gun, released to home video by Anchor Bay Entertainment, is presented on Blu-ray in a traditional blue keepcase. The front artwork features a shot of Natalie Portman from the film, looking outwards at the frontier, with the title in large letters. The back artwork in mostly consumed with technical information, theatrical credits, a paragraph about the film, and a select amount of shots from the film highlighted. Overall, especially when I know the DVD release features a nice slipcover, this Blu-ray comes up with some pretty bland packaging. 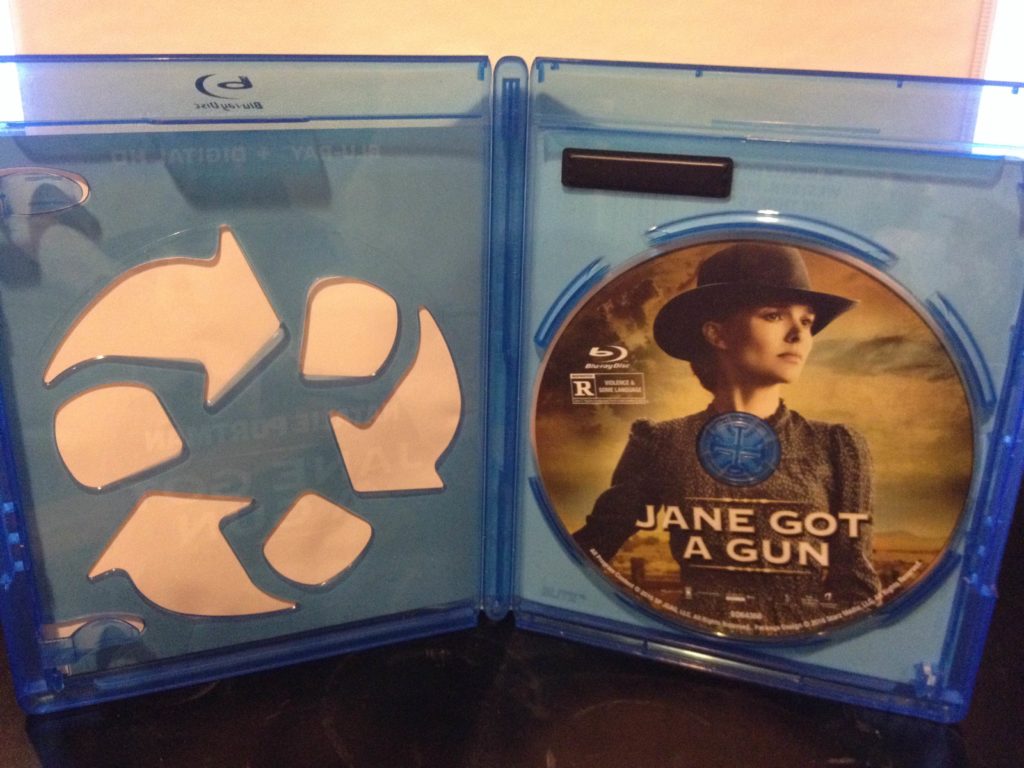 This film has no special features whatsoever. 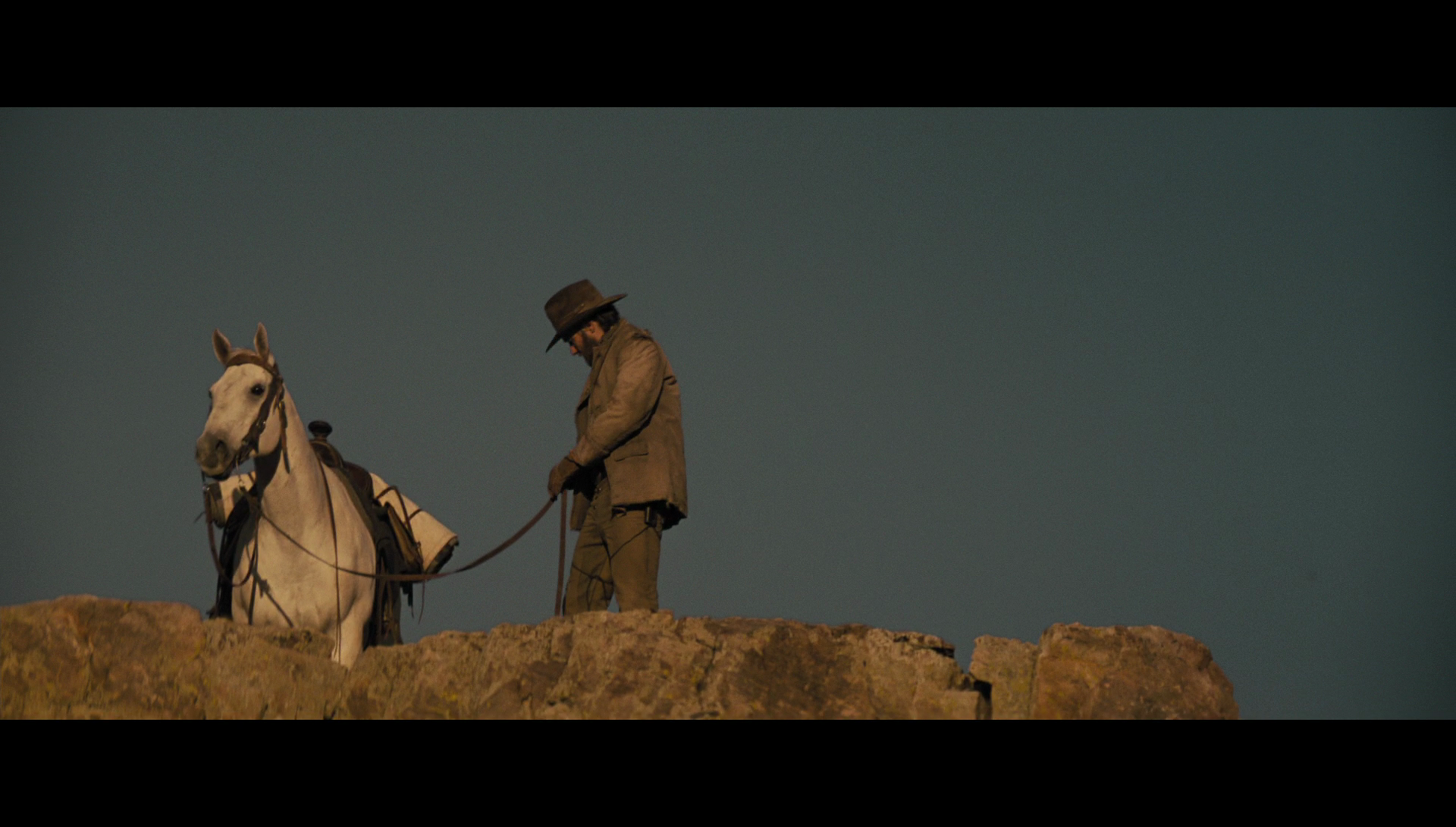 It took a lot of perseverance to bring Jane Got a Gun to the screen, and it seems all of the time and effort put into the film has tired out some of our leads, ending in some rather bland and uninspiring performances. Combined with a miscast villain, and a fairly uninspired story and script, Jane Got a Gun is unsatisfying and disappointing. In an era when we need strong westerns to maintain the genre’s relevance, it falls into the same hall of infamy as most other recent efforts. The Blu-ray, with no special features, bland packaging, and a pretty weak video transfer is just as disappointing that film that’s on the disc. Not recommended.