It (or otherwise known as It: Chapter One) is a 2017 American supernatural horror film that was directed by Andy Muschietti, and is based on the 1986 novel of the same name by Stephen King. The screenplay is by Chase Palmer, Cary Fukunaga, and Gary Dauberman. The film tells the story of seven children in Derry, Maine, who are terrorized by the eponymous being, only to face their own personal demons in the process. The novel was previously adapted into a miniseries in 1990.

It premiered in Los Angeles on September 5, 2017, and was theatrically released in the United States on September 8, 2017. Upon release, the film set numerous box office records and has grossed $698 million worldwide. Unadjusted for inflation, it is the highest-grossing horror film and the third highest-grossing R-rated film of all time (after Deadpool and The Matrix Reloaded). It received positive reviews, with critics praising the performances, direction, cinematography, and musical score, with many calling it one of the best Stephen King Adaptations. A sequel, It: Chapter Two, is scheduled to be released on September 6, 2019. 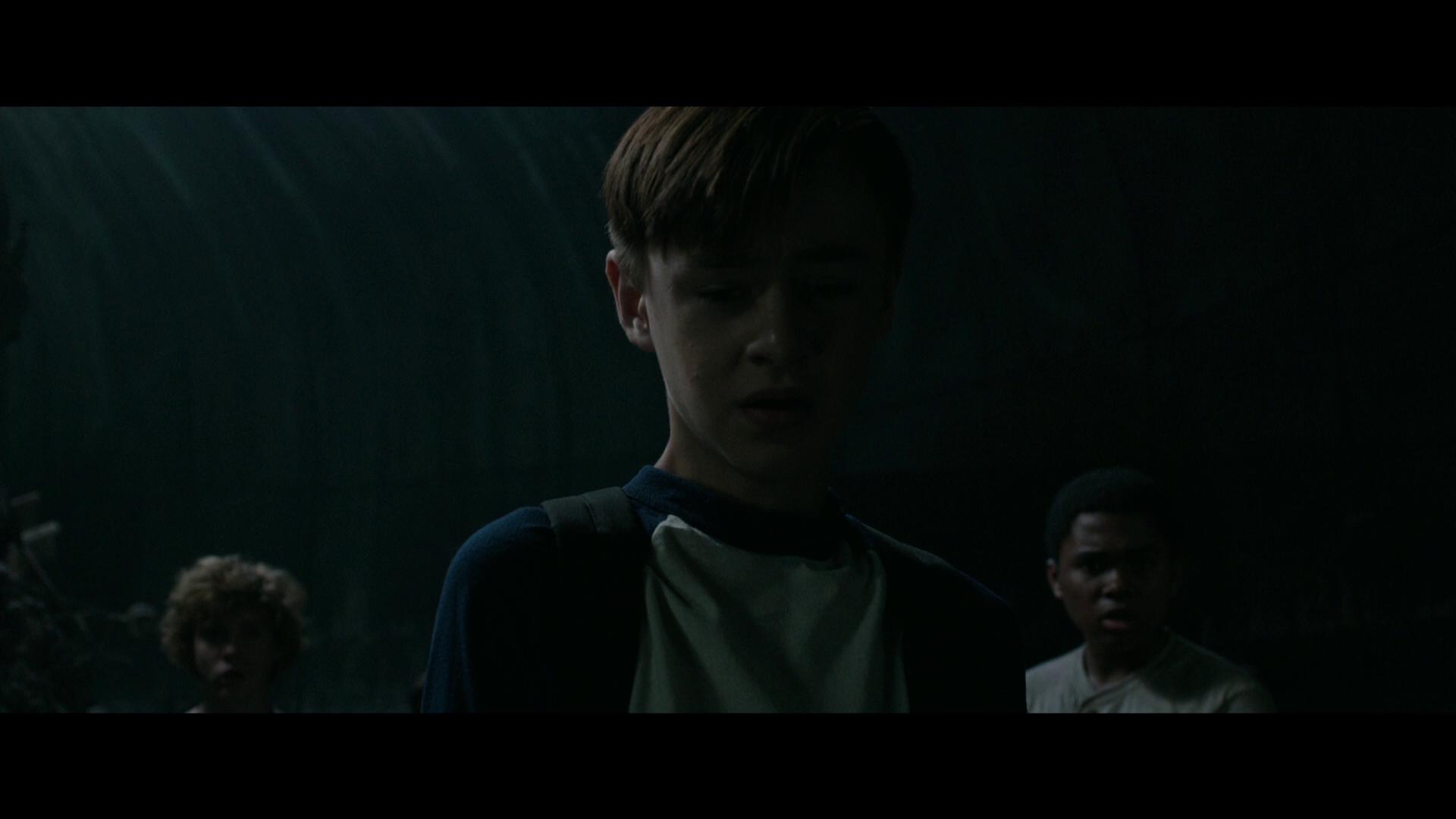 It (2017) is a story that applies its focus primarily on the beginning portion of the story.  As the group that he’s haunting are living out their childhood years, they must band together to survive the threat that haunts them and the town of Derry, Maine.  There were some additional horrors that had seemingly made their way into Derry that weren’t just limited to the scares inflicted by Pennywise; those included a variety of abusive parents, over-protective parents, and your above-average teenage bullies as Stephen King seemingly likes to tie in the complications of youth with the paranormal.  Starring Bill Skarsgard as the infamous clown Pennywise, we’re given a significantly more up to date rendition of this infamous story as it’s taking place in the 1988-1989 timeframe.  That is mostly to allow them to set up the second half of the story to take place rather closely with modern day.  Skarsgard does an absolutely phenomenal job at bringing a much darker version of Pennywise to the screen, presenting the absolutely true horror that the kids felt.  The pacing of the film allowed for the ability for the film to grab and maintain the attention of both myself and my wife as we watched it last night.  In fact, this reboot is hands down one of the better reboots that I’ve seen since Hollywood has seemingly began to run out of ideas.  One of the nicest pieces that I saw as we watched this movie was the subtle hint towards A Nightmare On Elm Street 5 – keep your eye open and you’ll easily see it. 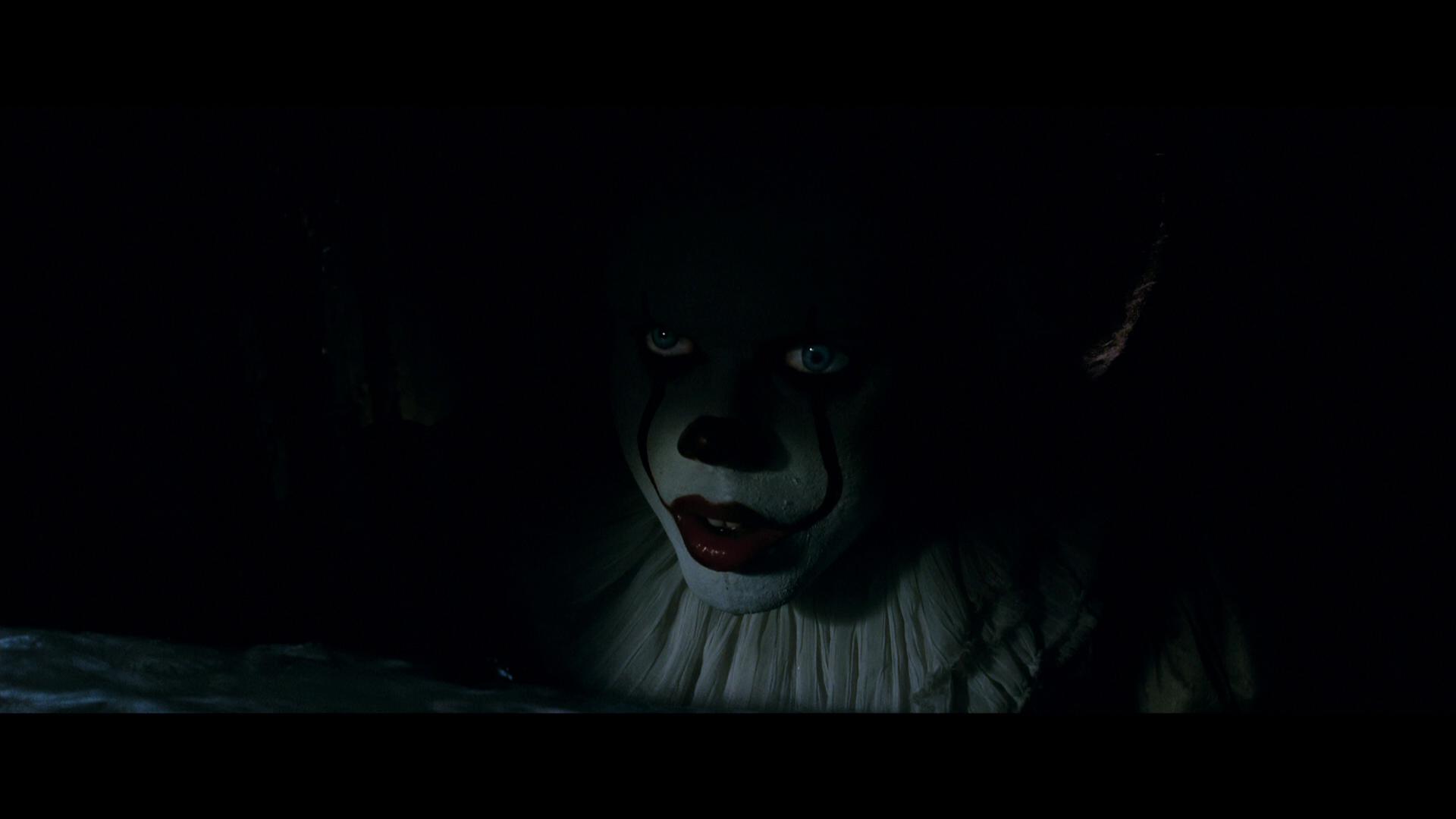 Offered in what is a significantly “real” 4K presentation, the overall picture quality of the 4K UHD release of It (2017) looked absolutely beautiful as it played out across my living room television.  With its stunning utilization of HDR, we are given an extremely clean view into the story of the clown that haunts this small town in Maine.  Every scene, from the more light-filled sequences to the darker, lesser lit scenes really shined.  There was absolutely no distortion in the picture quality and we were able to visually see and understand everything as the film progressed.  The blacks of the film really popped with the use of HDR and offered what seemingly appeared to be real 2160p blacks and ultimately allows this release to be a nice showcase piece for those who are set up to make use of the technology. 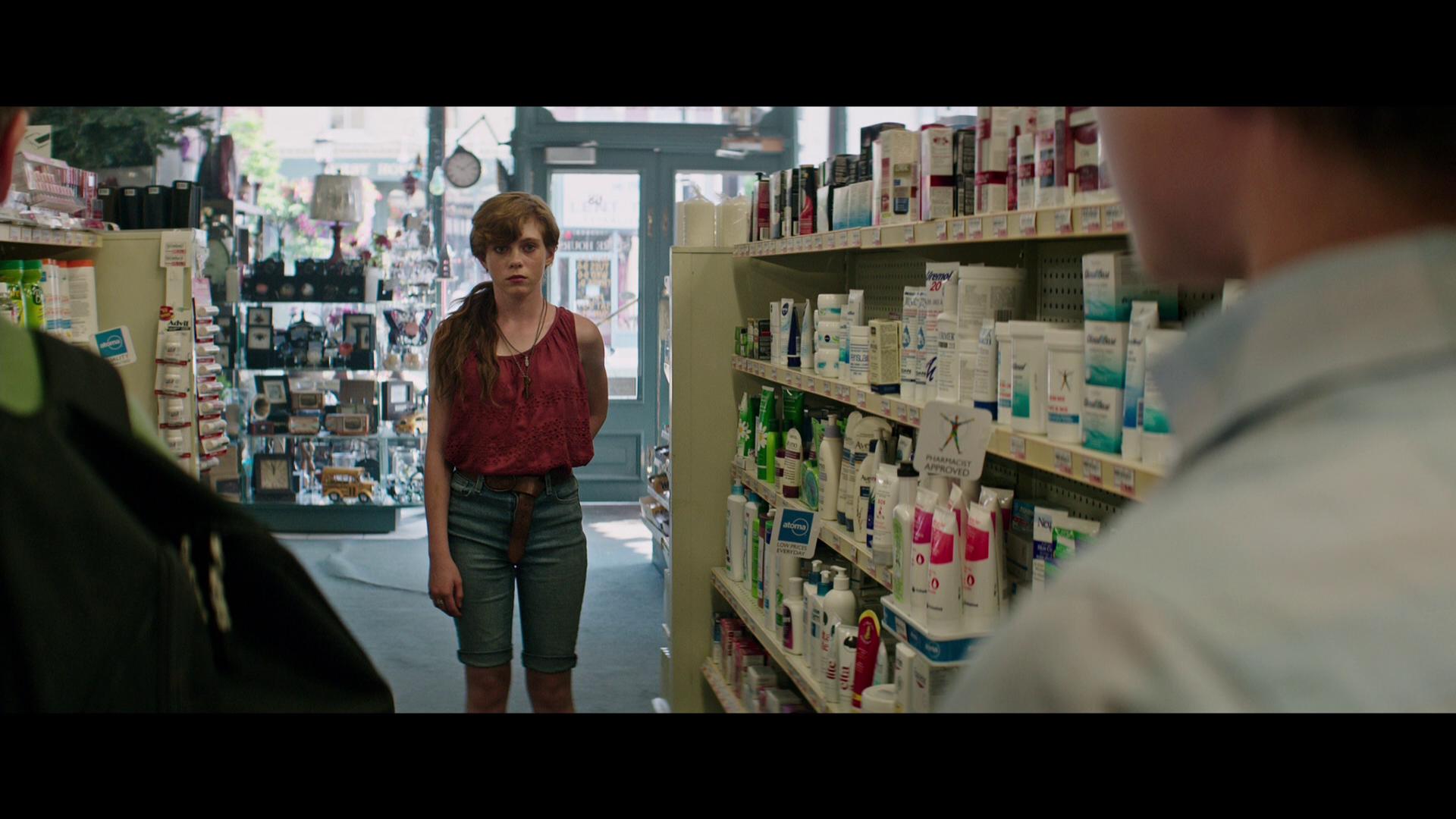 Packaged with an English Dolby Atmos audio track, It (2017) offers an all out immersive experience for its viewers that are able to make use of the audio technology.  Really doing a great job at making use of the surround and elevation speakers, my wife and I not only felt as if we were sitting right there in the middle of the story with the children, but the impact that the fear the children felt as they went through their encounters with Pennywise were extremely powerful.  The typical audio score that accompanied those scenes did an exceptionally beautiful job at not only building the anticipation that something was about to happen, but still allowed for the film to offer a decent amount of jump scares. 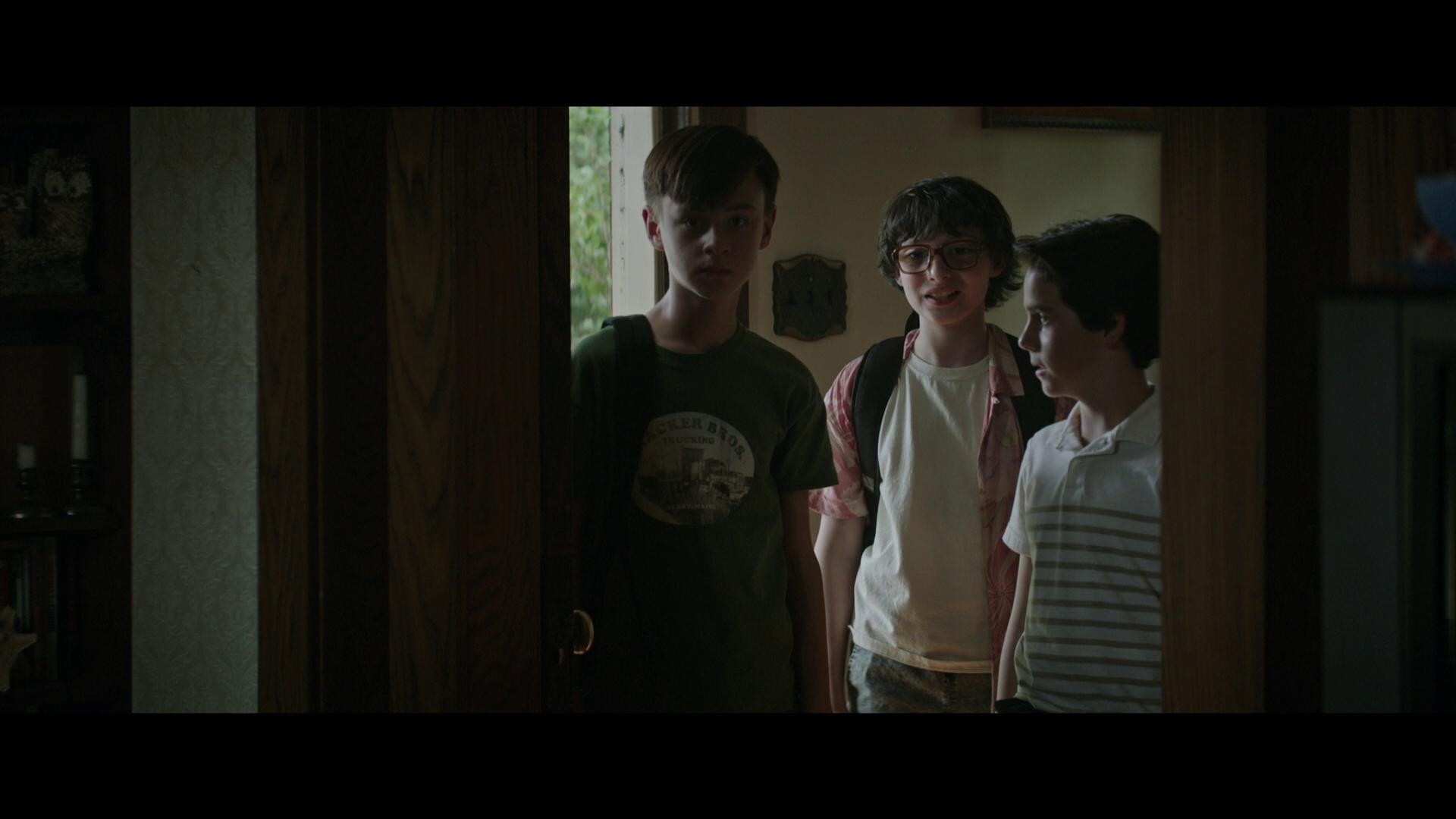 It (2017) comes packaged in your standard two-disc 4K UHD amaray case.  Within that case is the standard 4K UHD copy of the film as well as the standard Blu-ray copy of the film.  Each of the two discs featuring the same piece of artwork that is just the title in the standard It font.  A digital copy redemption pamphlet has also been included allowing consumers to add the film to their digital libraries for on the go streaming, as well as a slipcover that’s been made available during the initial run of the release.  The slipcover does feature the same piece of artwork that is on the case art. 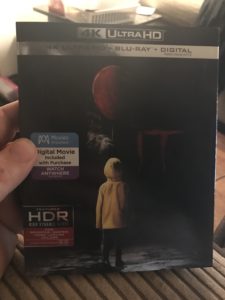 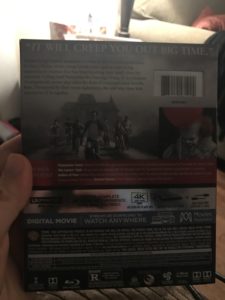 Unfortunately, It (2017) does not feature any additional content on the 4K UHD disc.  All available features have been made available on the included Blu-ray disc.  The few features that have been provided do offer a really nice look into not only the work that went into making this film available, but further explores the original story that Stephen King wrote as well as the variety of scenes that ultimately didn’t make this cut.  Included with this release is: 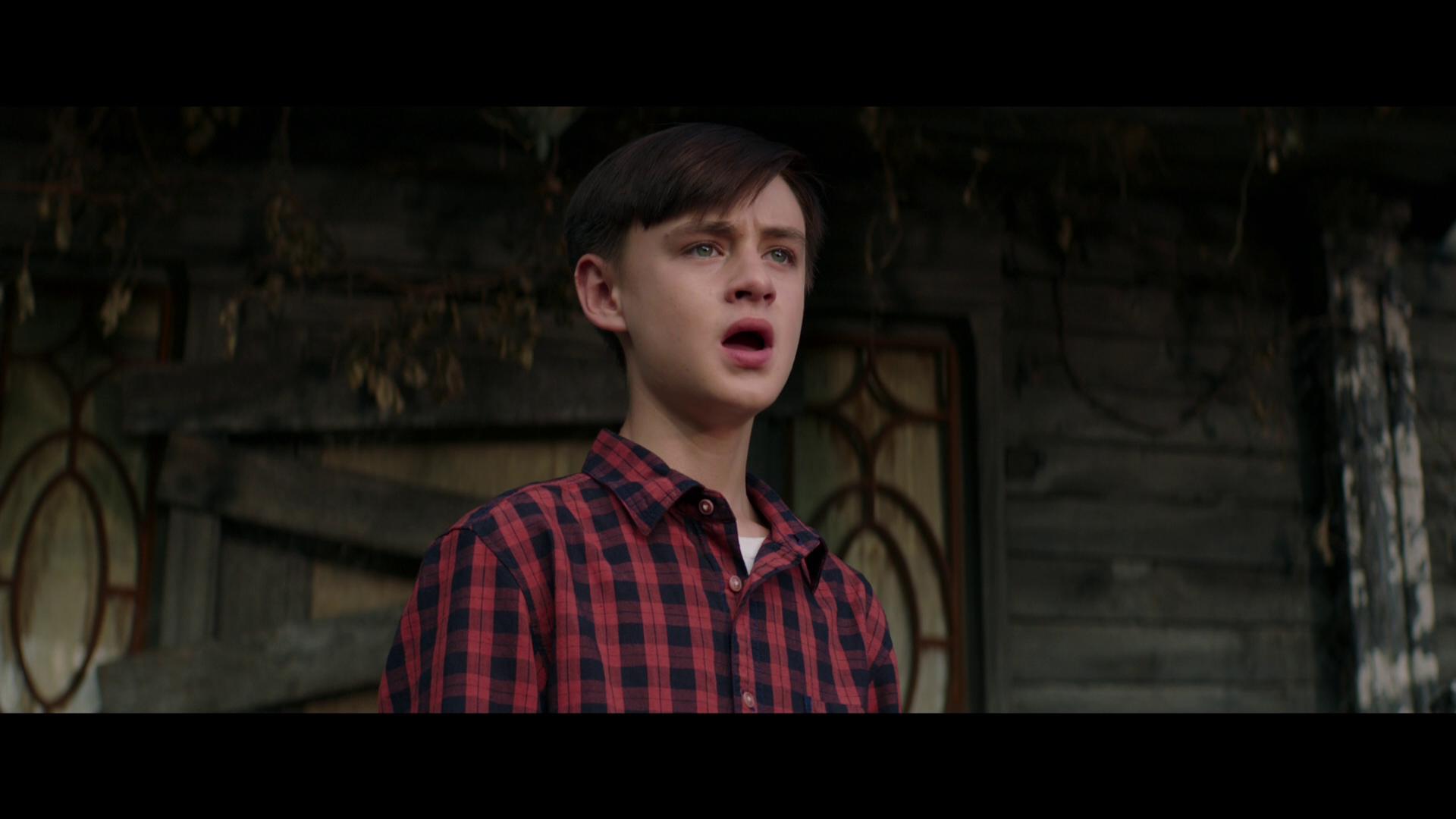 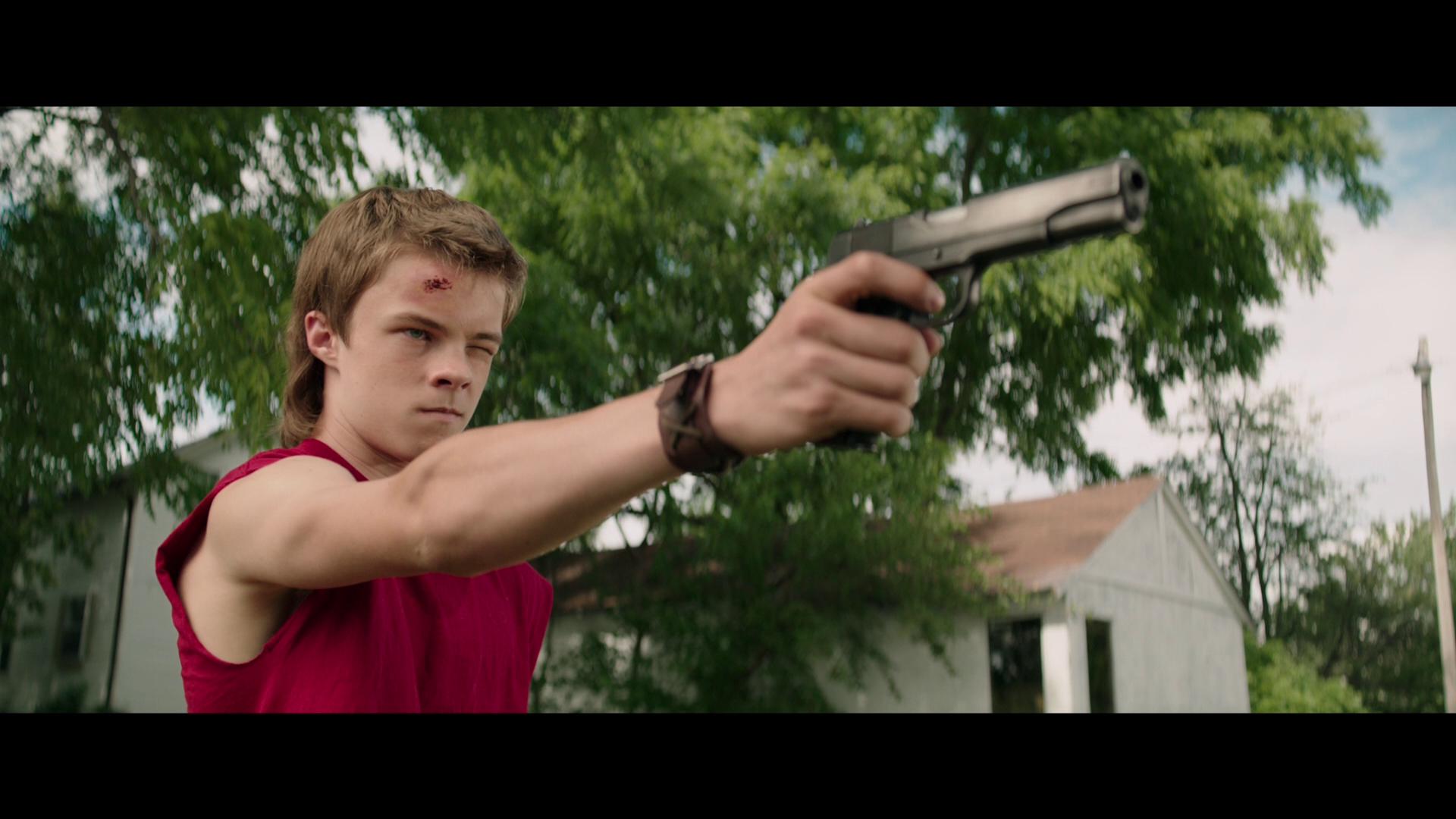 Holy hell, It (2017) was an absolutely fantastic experience.  Unfortunately, I didn’t get the opportunity to catch this during its theatrical run as my wife was eight months pregnant at the time and we feared that the shock of some of the scare-sequences would induce labor.  But that said, I am really glad that we waited for the opportunity to watch this film in 4K with HDR.  The story that we’re given with this reboot is significantly darker than its predecessor and not only starts out great, but holds up completely through to the end of the film.  Skarsgard’s performance as Pennywise was absolutely beautiful and really made both my wife and myself look at each other with “wow” expressions on our faces.  The visual and audible presentation of the 4K UHD release of this film was simply stunning.  Making appropriate use of the HDR in the presentation, everything about this film was clean and clear and able to be seen without any added focus whatsoever.  The Atmos track offers an all out immersive experience for those that are able to make use of the track, placing significant emphasis on the surround, elevation and subwoofer tracks.  While the special features of this release aren’t available on the 4K UHD disc, and there are only a few on the included Blu-ray disc, they are really great and in-depth and offer a really nice look into the film, the work that went into it, and the story at hand.  If you’re on the fence about picking this film up for your collection, I would absolutely hands down recommend grabbing it.  Even if you’re not currently set up for 4K, but are planning to grab it, get the UHD immediately.  Otherwise, the standard Blu-ray is available too.

I really can’t wait for the sequel to come out in 2019, as well as the long discussed Director’s Cut of this film to see more! 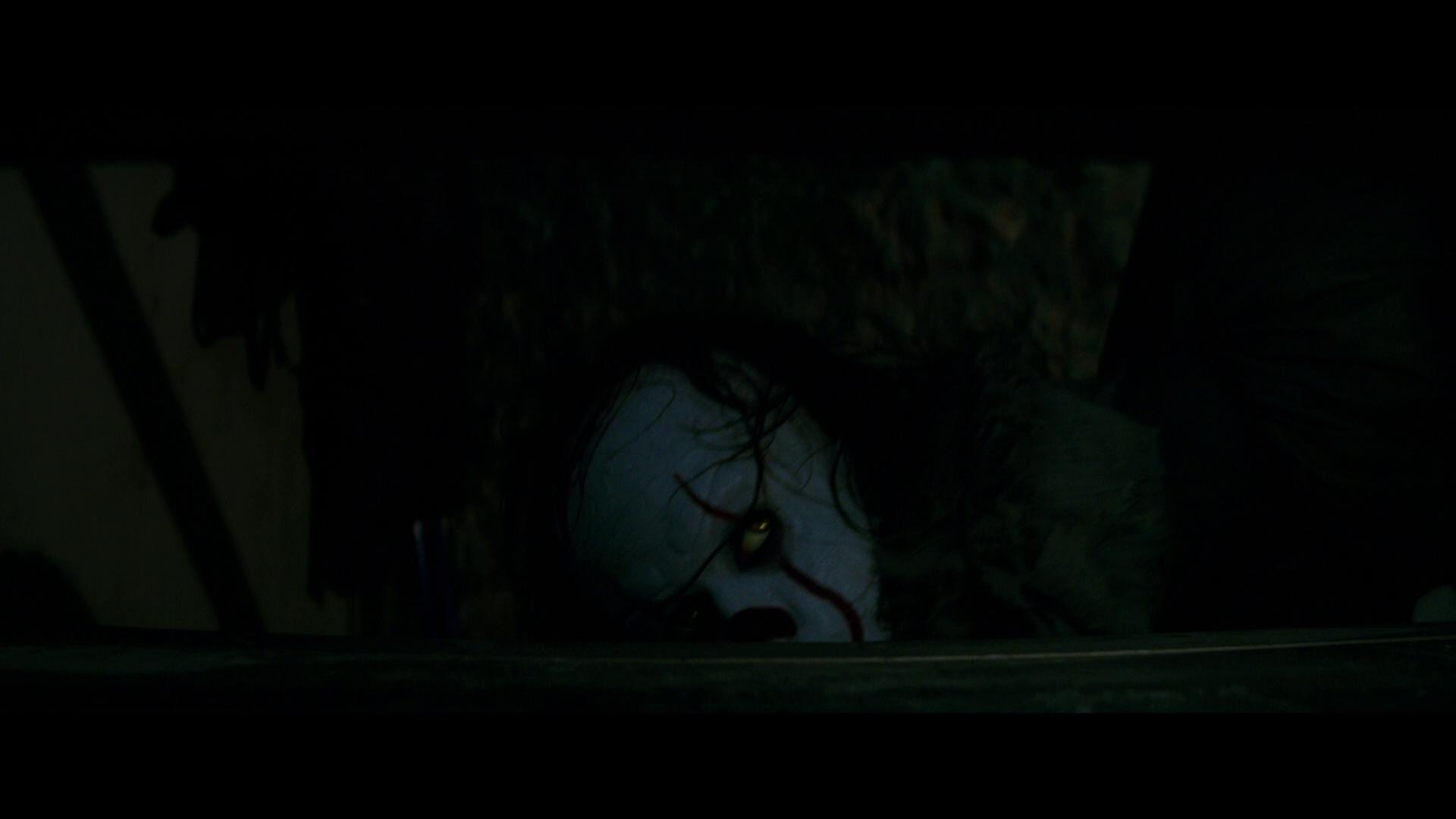 One of our other reviewers, Andrew previously reviewed It (2017) and his review can be seen here.