At this point in time, there are 179,658,621,589 horror films in existence, and every time you blink, another one appears.* Some get wide releases all over the country, some go straight to video or Netflix or Redbox, and some you’ll never see because they’re shot on someone’s cell phone camera in a basement and sold on DVD-Rs.

Horror has long been the bastard child of film, with the majority of the offerings being dismissed at time wasting trash, which I can’t argue with, and even when great horror films like Seven or Silence of the Lambs comes along, they’re labeled as “Suspense Thrillers” so regular folk can go see them without demeaning themselves to the ill-perceived lowest common denominator that Horror supposedly caters to.  Occasionally you’ll find a horror film that manages to transcend most everyone’s expectations, and can actually be a good film that doesn’t have to switch genres, but those are few and far between.  It Follows has gotten quite a bit of praise as one of the most original and frightening horror films in years.  Does it live up to the hype?  Read on and find out!

*That’s a real statistic, and I’m a guy on the internet providing it, so it’s got to be true. 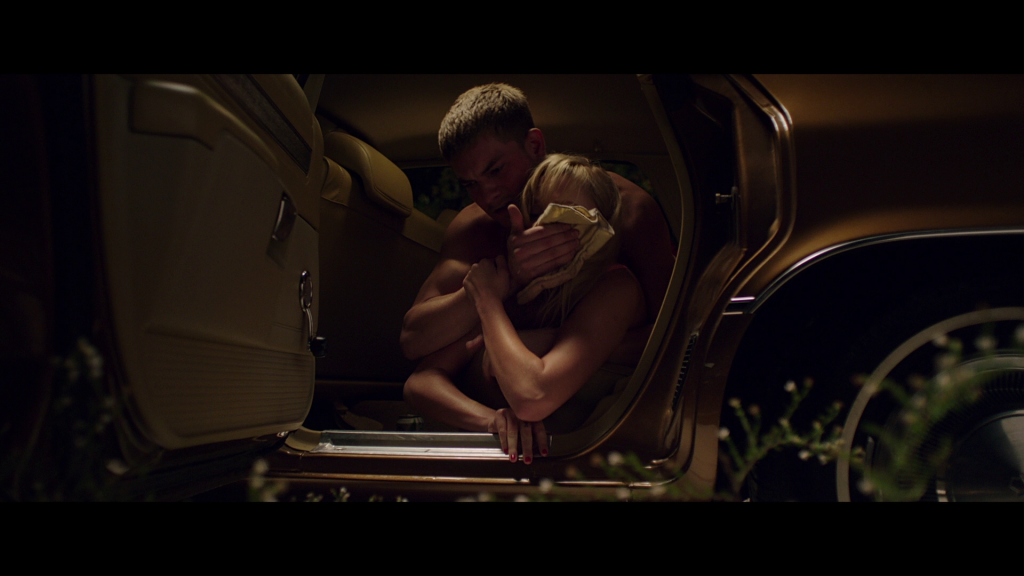 It Follows begins with a rather chilling cold open where a girl is running from something and ends up on a beach making phone calls to her family to inform them they’re loved.  We slam cut to a shot of her mutilated body on the same beach the following morning, and we’ve got a pretty interesting way to start things off.

Our story then focuses on Jay, a suburban teenage girl with suburban teenage girl problems, who’s got a date with this really hot guy.  One thing leads to another, and they’re making the beast with two backs in the back of his gigantic car.  After a quick does of post-coital chloroform, Jay awakens to find herself tied to a wheelchair while her date is explaining that he “passed it on” to her and the only cure is to sleep with someone else to pass it on.

“It,” as the worst date in history goes on to explain, can take the form different people, sometimes even loved ones, to kill you.  The other rules are it walks very slowly, so you can buy some time by running a decent distance, and it’s invisible to everyone else except the carrier but is still a physical presence. 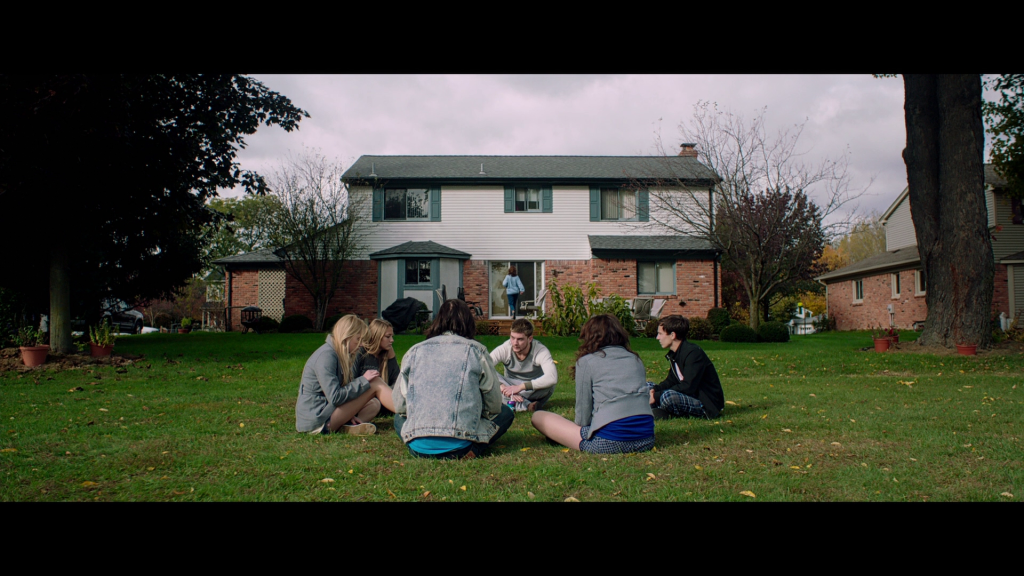 Sounds neat, huh?  And honestly, it’s a refreshingly original concept for a monster, albeit a very heavy handed metaphor about the dangers of sexually transmitted diseases.  Don’t get too excited yet, however, because the wheels are about to fall right off because common sense seems to be in short supply among Jay and her friends.

It’s a better than average horror film, that’s a certainty, however it almost totally falls apart when you’re thinking about the film afterwards.  Maybe instead of running each time, you could hit the invisible monster with a car?  Might work, might not, but no one in the film ever tries it.  They also never try to make the invisible monster visible.  Spray paint, maybe?  Or perhaps tar and feather the thing?  It walks slowly enough that potentially it could be doused in gasoline and set on fire.  Instead, during the climax, Jay and her friends decided to embark on a plan to defeat the creature that would make Wile E. Coyote proud but confuse most audience members. 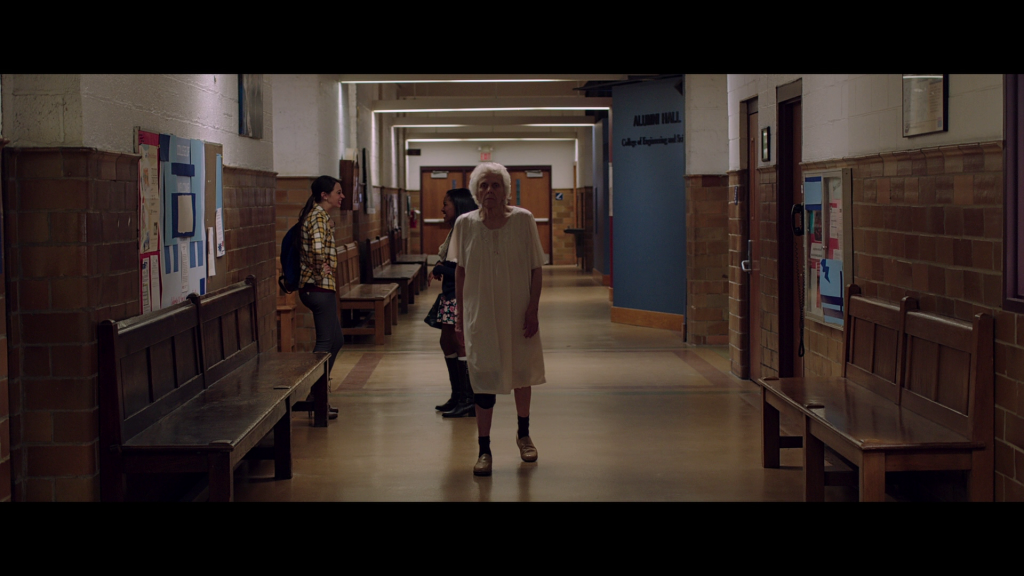 What the film lacks in plot it more than makes up for in atmosphere.  Filled with long, slow pans and wide shots, the film forces you to scan the environments presented in an attempt to seek out the danger before the characters can.  The visual design of the film is also meant to invoke a sense of timelessness, and that it does.  Modern technology is kept to a bare minimum, and at one point I was impressed to see a corded telephone attached to the kitchen wall.  The transfer itself is splendid, with great color levels and no artifacts or compression issues.  Visually, this movie looks amazing.

Boasting one of the best scores I’ve ever heard, It Follows is a treat for the ears.  Inspired heavily from John Carpenter’s synth heavy scores and the eerie moodiness of Italy’s Goblin (best known for the soundtracks to many Dario Argento films) it’s worthy of a purchase by itself if you’re a horror soundtrack collector.

Coupled with the impressive visuals, the robust nature of the soundtrack really do wonders to build and establish the world these characters populate, more so than the narrative itself.  The score booms when it’s required, and there’s little to no music at all during the dialogue scenes, so nothing is overlapping. 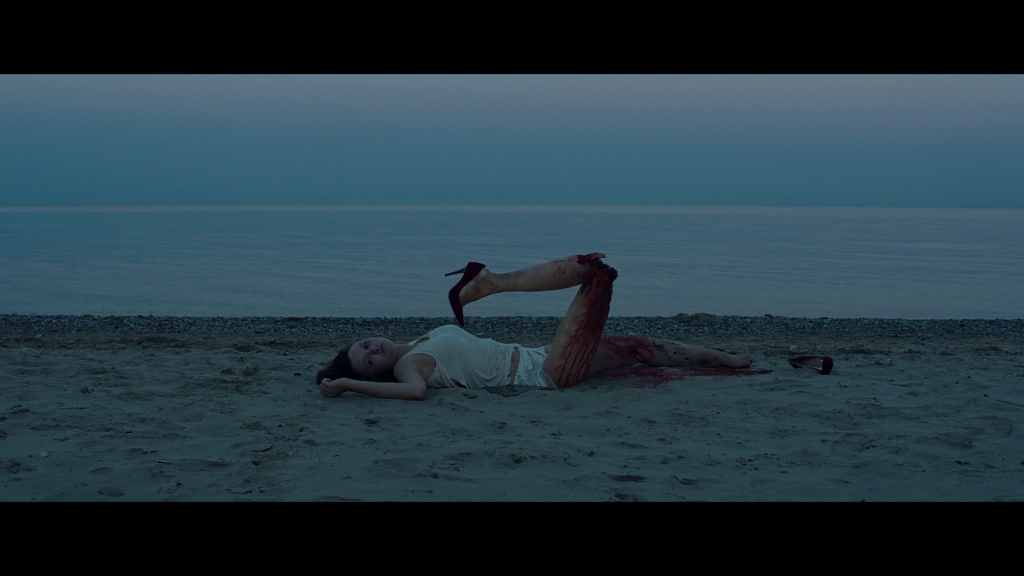 Much like the film itself, the special features could use some improvement, but the commentary track is interesting and insightful enough.  Hosted by Scott Weinburg, it’s got a revolving door of participants cover different aspects of the film.  Entertaining and recommended.

A Conversation with Film Composer Disasterpeace is a five minute discussion with man responsible for the stellar soundtrack.  Being too short, this featurette could have easily been an hour long and still entertaining.

As per the usual, we’ve got a theatrical trailer and still gallery to close us out. 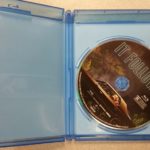 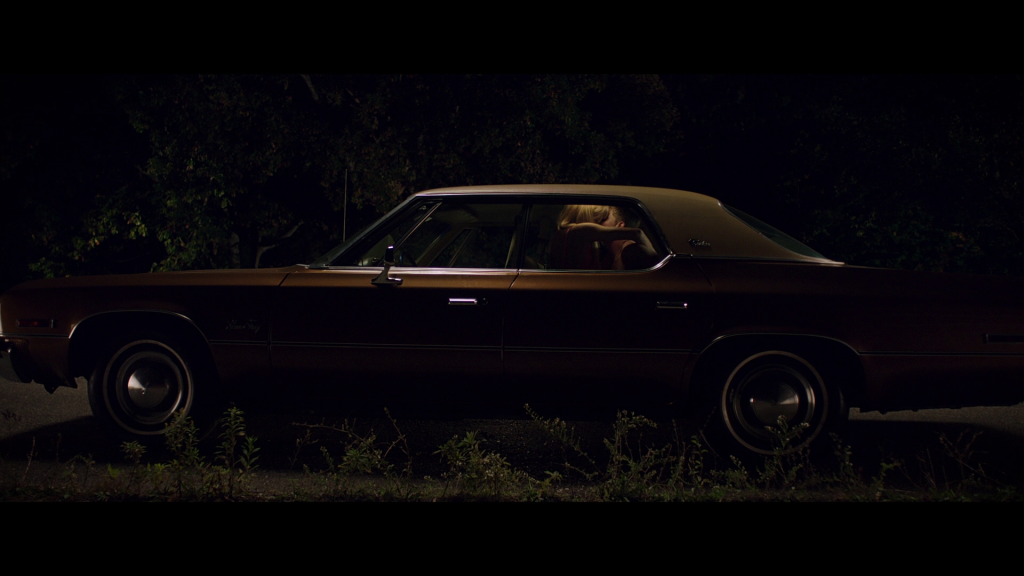 While I would have liked It Follows to be more intelligent of a film, it does merit several viewings for the atmosphere and score provided and it’s a worthy addition to any film collection.  For better or worse, it’s one of the few occasions where you’ll be thinking about the film long after you should be, and that does speak volumes of the quality.  It could even be used as a deterrent by parents to scare their children into not having premarital sex.