Isn’t It Romantic is a 2019 American satirical romantic comedy film that was directed by Todd Strauss-Schulson and written by Erin Cardillo, Dana Fox, and Katie Silberman. The film stars Rebel Wilson, Liam Hemsworth, Adam DeVine, and Priyanka Chopra, and follows a woman, who after getting hit on the head, wakes up in a world where everything around her plays out like a romantic comedy film.

Starting off in Australia during the early 1990s, the film follows a young Natalie as she’s recently watched the romantic comedy Pretty Woman, and during which her mother crushes her spirit and enthusiasm by telling her that women like them do not get happy endings in real life. Flash forward twenty-five years later, Natalie is working as an architect in New York City. She has low self-esteem, and is treated as a pushover by her colleagues and a new client named Blake, a handsome billionaire, who mistakes her for an assistant during a key meeting. She rebuffs her best friend Josh after he invites her to a karaoke bar and chastises her friend and assistant, Whitney (after catching her watching the romantic comedy The Wedding Singer in the office), cynically ranting about romantic comedies and their cliches.

The film was theatrically released in the United States on February 13, 2019, by Warner Bros. Pictures, and in the international territories by Netflix on February 28, 2019. The film ended up grossing just over $48 million and overall received positive reviews from critics, who praised Wilson’s performance.

Isn’t It Romantic falls right in line with every other romantic comedy that’s out there, except for one particular aspect. That part being the self-awareness and the overall amount of how overdone things are in the specific genre. The story as a whole was a pretty entertaining one, and the elements that added to the movies level of self-awareness were without a doubt the best parts. I’m not really a big fan of Rebel Wilson or her acting, but her presence and the overall level of obnoxiousness that she brought to the character fit in well with the plot line. Supporting cast members (particularly Hemsworth, Devine, and Chopra) were really great in their performances, and added a good amount of detail and fun to the overall experience that my wife and I had as we watched along the other night.

The Blu-ray release of Isn’t It Romantic features a pretty solid and robust color palette that really makes the imaginary world of the romantic comedy stand out from other day-to-day scenery and vantage points that are typically offered in inner-city New York. With some really robust reds being used to emphasize the levels of romanticism, these scenes really stood out on my living room television. Overall, everything was clean and visually appealing, and the general feel that this release offered was pretty natural overall. As my wife and I watched along, we didn’t really have any issues in seeing or understanding what was happening, and were generally pleased with the visual presentation that was given.

Packaged with an English DTS-HD Master Audio 5.1 mix, the Blu-ray release of Isn’t It Romantic offered a pretty clean and cut audio experience that echoed through my home theater system. While I would normally give some criticism for the lack of the use of the surround channels, this movie didn’t really call for their inclusion, and the supple boost in the audio level through the front and rear channels were more than enough to understand what was happening and generally make it feel as if you were in the middle of everything. Dialogue certainly took precedence in this audio track, while the ambient sounds that accompanied the inner-city setting added a level of immersion that simply made everything clean. The transitions from channel to channel were effortless, and the overall presence of the camera position were really nicely executed. Lastly, the dialogue was clean; aside from some minor issues in understanding Wilson through her thick accent, there were really no major problems in understanding what was being said throughout.

Isn’t It Romantic comes packaged in the standard two-disc Blu-ray amaray case.  In that case, the Blu-ray and DVD copies of the movie, neither disc featuring any artwork outside of the standard release text.  There is a digital copy that’s been included as well as a slipcover that’s been made available in the initial pressing of the release that features the same artwork as the case. 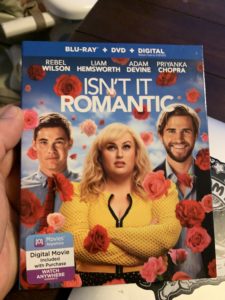 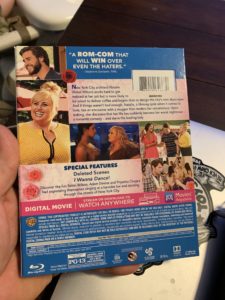 There really isn’t a whole lot in terms of additional content included with Isn’t It Romantic. The few features that were available do offer some insight in the fun that was had and shared among cast and crew members during the filming of the movie, as well as a small look into the connection that Wilson and Chopra had as they were able to “be themselves” and simply let loose during various moments of the filming process. Included with this release is: 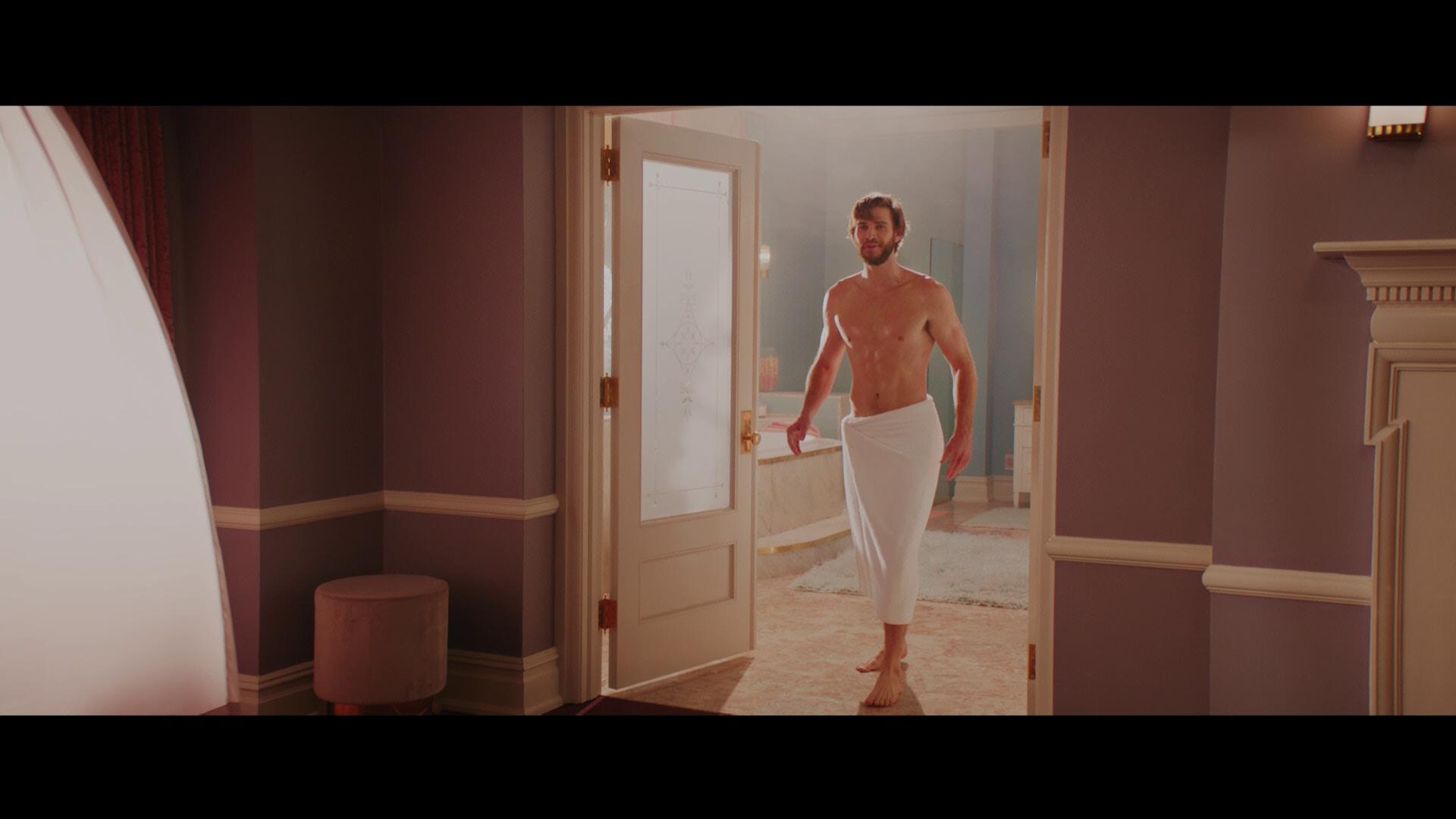 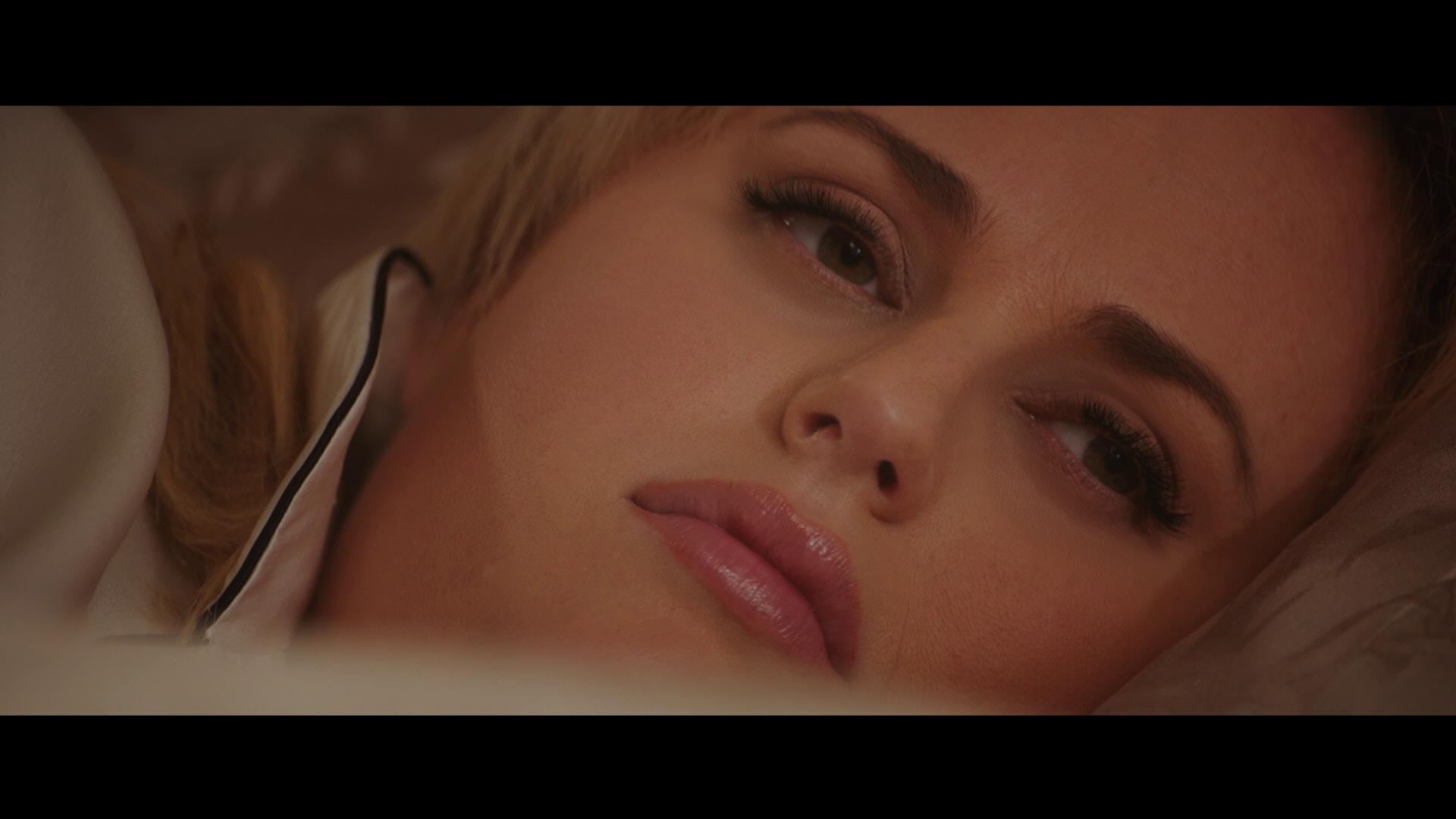 Overall, my wife and I had fun with Isn’t It Romantic. The movie is very much your cliche romantic comedy aside from the fact that it pokes fun at the genre; and that level of self-awareness is what really made us enjoy it. Personally speaking, I’m not really a fan of Rebel Wilson, and often find her presence very off-putting; but, this movie and experience that it provides wasn’t really all that bad. The audio and video experience that came with the Blu-ray release were really nicely done and offered crystal clear experience that certainly made it known that they were set out to poke fun at romantic comedies while being a romantic comedy. The special features of this release really could have had a lot more attention paid to them, and maybe have offered some more insight into the generation of the idea behind the movie, and their comedic gestures at making fun of the genre. If you’re considering this release for your personal library, I’d recommend checking it out. Maybe rent it before you commit to buying it to make sure that it’s something that you too would enjoy? Isn’t It Romantic is available on Blu-ray and DVD today. 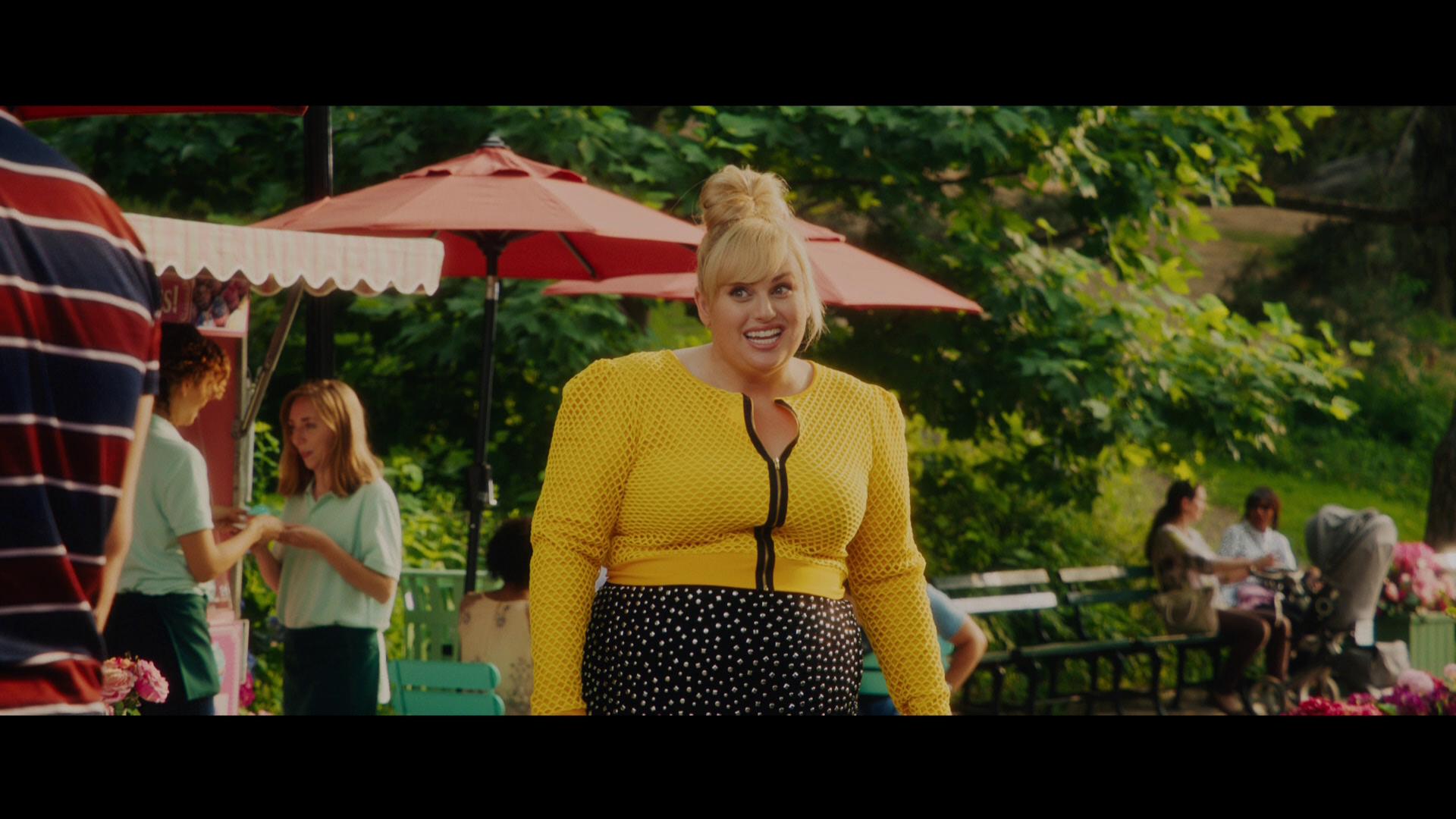