There is something immediately grand about Interstellar. Whether it is the overall tone or the expectations set from peers and trailers, I’ll be never be quite sure. What I can be sure of is that even my extremely high hopes and expectations were surpassed and the film won me over, big time. On the surface, this doesn’t look like a Christopher Nolan film (more like something you’d expect from someone like Ridley Scott.)  Keep in mind, this is not exactly a stretch for Nolan when we consider the overall story.  When you are watching Interstellar it feels big, it feels dramatic, it is a space epic in every sense of the word.  Nolan took a unique story and pushed it to its absolute limits letting us see a rather different space epic that is driven by emotion and heart. This is one you definitely will not forget. 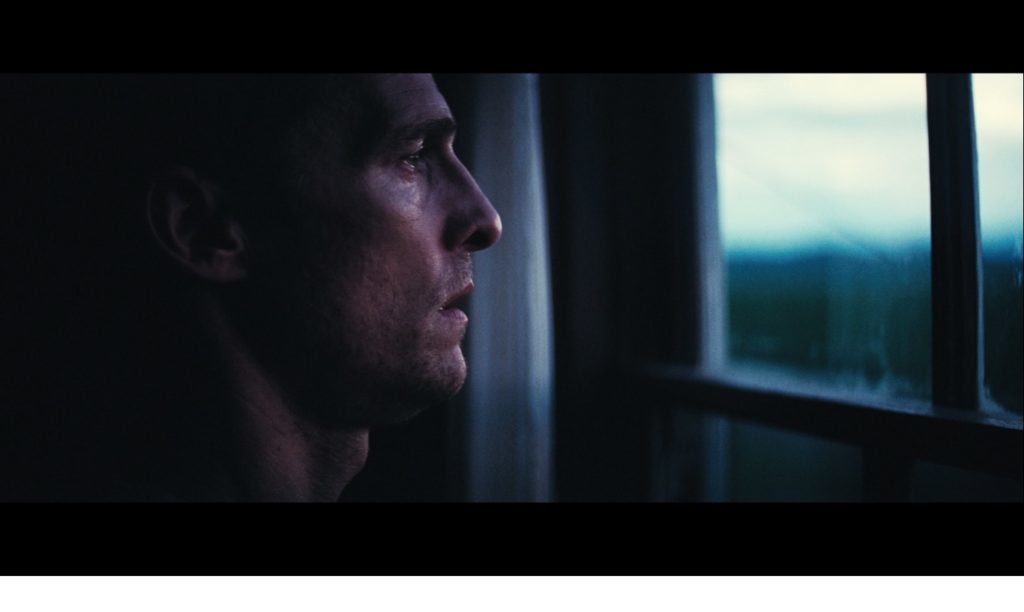 Our story follows Cooper, a man born in the wrong time living out his days in a world that has been devastated by famine and drought.  Everything seems to covered by dust and all hope for a grand future seems to be gone.  The world consists mostly of farmers, who year after year fail to yield the necessary crops to survive.  Cooper is a former pilot and engineer who, almost instantly, seems out of place.  Destined for something greater, Coop finds himself front and center with the opportunity to pilot the last hope for saving the human race. An Interstellar exploration mission to find a habitable world to house the earth’s population, if not start over with a new colony (but let’s call that Plan “B”). 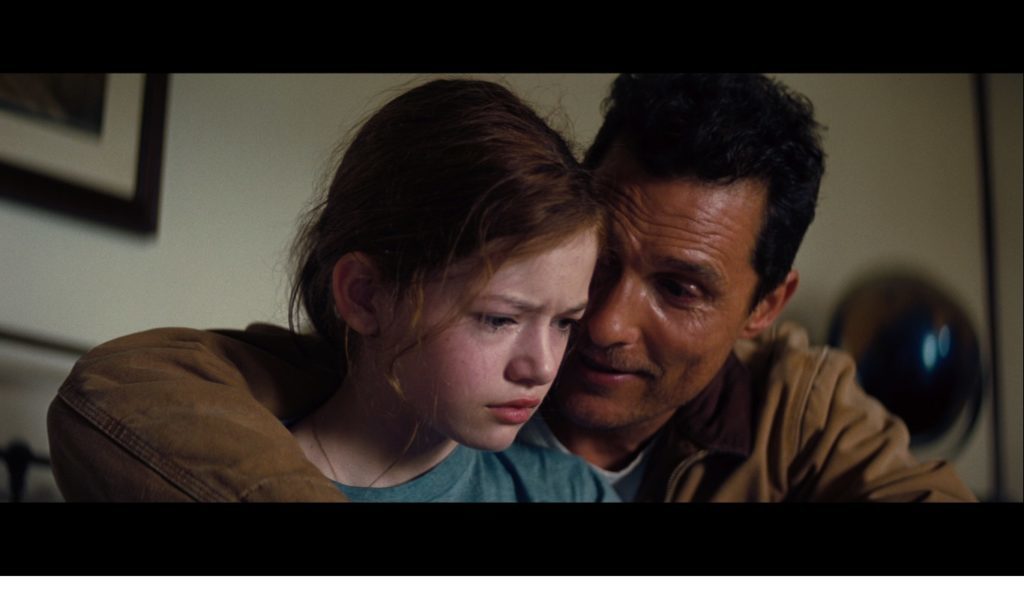 There are a lot of things that Nolan did extremely well with this film, the first being his cinematogrophy.  Nolan has always made unique filming decisions and this was no exception. It is no accident that this film feels bigger than life. Filmed on 70mm IMAX film and coming in at just over 600 lbs of film in total, this film is absolutely meant to be an experience of its own. The only disappointing aspect is that I do not have an IMAX theater in my living room.  Don’t get me wrong, it has a profound effect even without the added bonus of a giant screen and the ultimate sound system, it is just very obvious it was made for a theatrical IMAX experience.  That being said, there is also an obvious difference between this film and other space films in that much of the film was made without the use of CGI.  In fact, over an hour of the film was made without the benefits of CGI. Obviously the film would not be possible without these effects but Nolan insisted on going against green screens on set as much as possible.  Most of what we see are practical and on location effects that lead to the ultimate experience of plausibility in what would otherwise be deemed as quite the opposite. 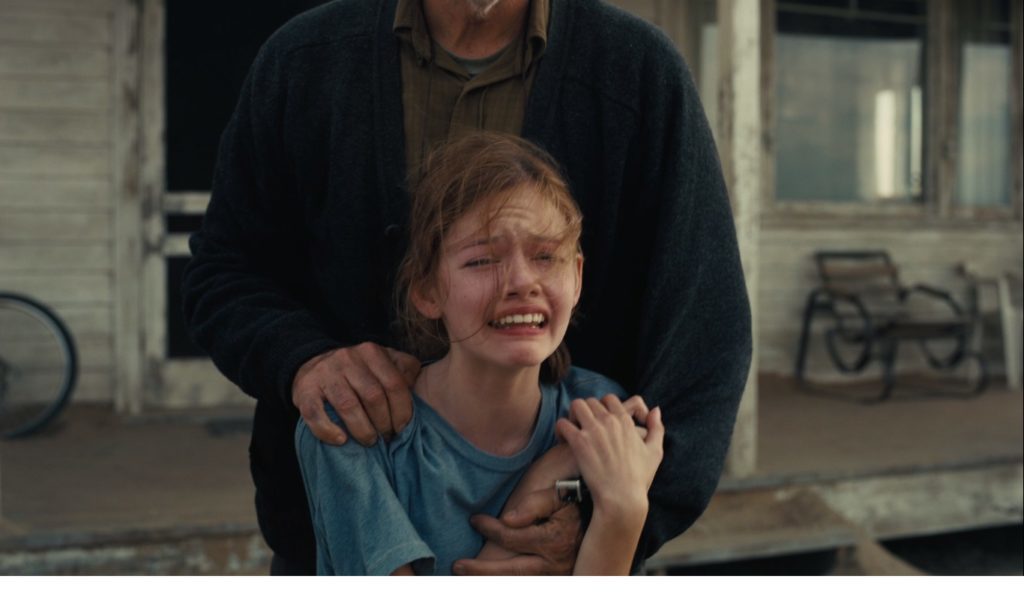 This film is a shining example of how the score can impact how a movie is perceived. The score was composed by the well known Hans Zimmer and is big and bold and comes across instantly memorable and beautiful.  It does exactly what a good score does and draws an emotional connection out of a seemingly innocuous scene.  I’ll be the first to admit that in the theater there was a moment where I was so overwhelmed by the sheer scope of what I was experiencing that I started to tear up. It wasn’t necessarily what was happening on screen that made it happen, instead it was the music that was able to push me over the threshold completing a very unique experience. 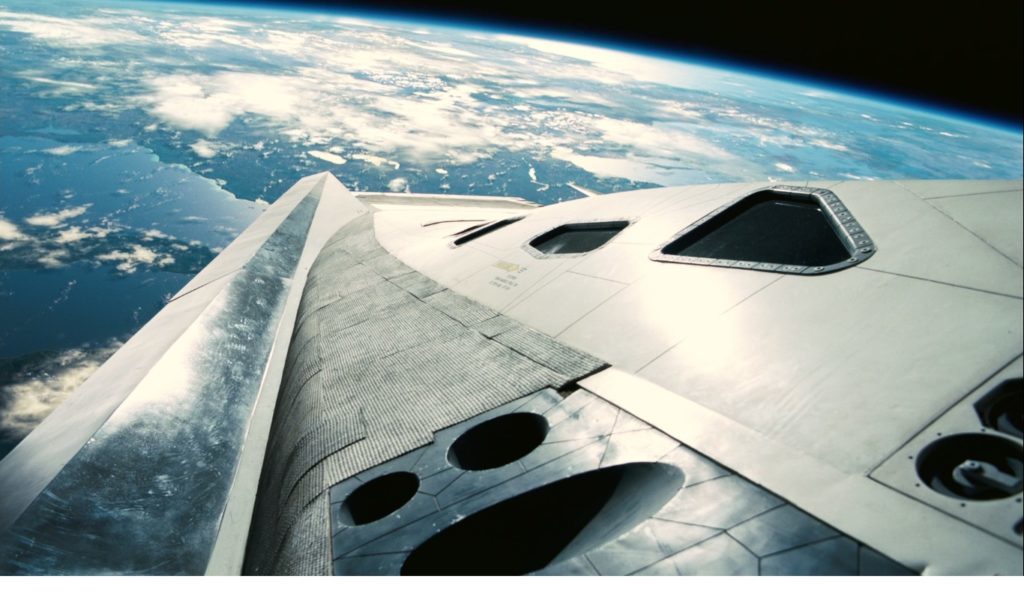 I rather enjoy the packaging for this release.  It had the added bonus of coming with a real film cell from an IMAX 70mm print which as far as bonus collectible material goes is rather cool.  More than a couple of us here at filmsathome.com grabbed these copies up while they were available and as you can see, the images varied from copy to copy. Other than that, we have a decent slipcover and a sturdy case, in lieu of an economic case,  that goes through and through.  I am a bit disappointed that we ended with a spindle, however when considered all that’s included, I will let it slide. 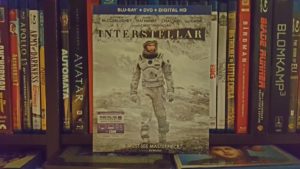 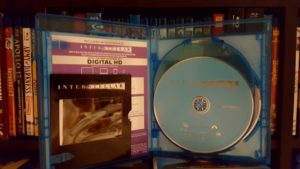 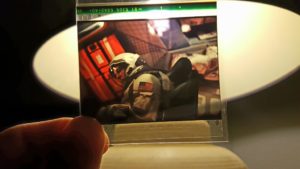 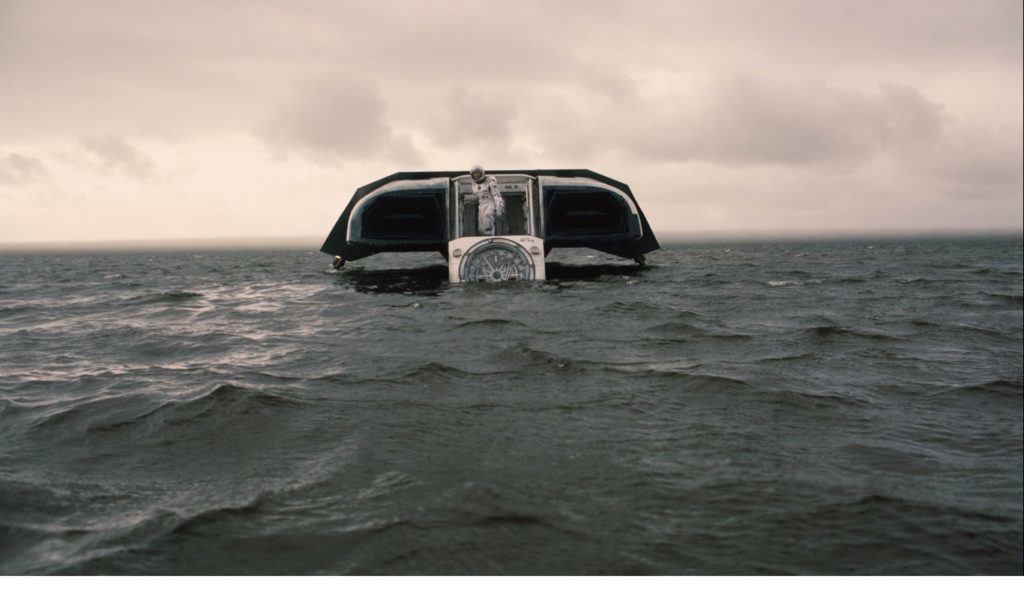 With over three hours over special features this release is jam packed with all sorts of exclusive extras, not seen in theaters. I was more than happy with what they ultimately decided to include for this epic masterpiece. The features are as follows:

This one was a no-brainer folks, with an all star cast including Matthew McConaughey, Anne Hathaway, Jessica Chastain, Matt Damon, Michael Caine and several more prominent actors and actresses who make their way into this film, it’s no wonder that we end up with such an amazing film full of outstanding performances. You pair that with a well written and executed script that tests the very limits of what film can accomplish and you end with somewhat of a masterpiece.  I wish it was just those two factors that bring this film over the edge to greatness but it seems that almost every aspect has such care and thoughtfulness that the deeper you go the better it gets. Buy this film.