Instant Family is a 2018 American comedy-drama film that stars Mark Wahlberg and Rose Byrne as two parents who adopt three young children; Isabela Moner, Gustavo Quiroz, Julianna Gamiz, Margo Martindale, Julie Hagerty, Tig Notaro, and Octavia Spencer also star. It was directed by Sean Anders, who wrote the screenplay with John Morris, and is based in part on Anders’ own experiences.

Centering the story around the married couple Pete and Ellie Wagner, after being taunted by their relatives who think that they will never have kids, as they start considering the option of adopting a child. Initially half-serious, they eventually decide to enroll in a foster parents course. Two social workers, Karen and Sharon, guide the hopeful parents through the steps into becoming adoptive parents. The couples are brought to a fair where they have the opportunity to go up to kids that they are interested in adopting. Pete and Ellie walk by a group of teenagers, although Ellie shows hesitance over the idea of raising a teen, but one of the teens, Lizzie, then informs Ellie that they all know that no one wants to adopt the teenagers. Impressed with her behavior, Pete and Ellie talk to Karen and Sharon over potentially bringing her in.

Instant Family was released in the United States on November 16, 2018. It has grossed over $104 million, and was called an “earnest, heartwarming comedy” by film critics, who also praised the performances. Originally scheduled for release in the United States on February 15, 2019, before being moved up three months, to November 16, 2018. On November 10, it was announced that the film’s November 11 premiere in Los Angeles would be canceled due to the Woolsey Fire, but that a screening would take place at an evacuation center for victims of the fires. Grossing approximately $104.7 million worldwide, the film was released alongside Fantastic Beasts: The Crimes of Grindelwald and Widows and ended up finishing fourth at the box office. 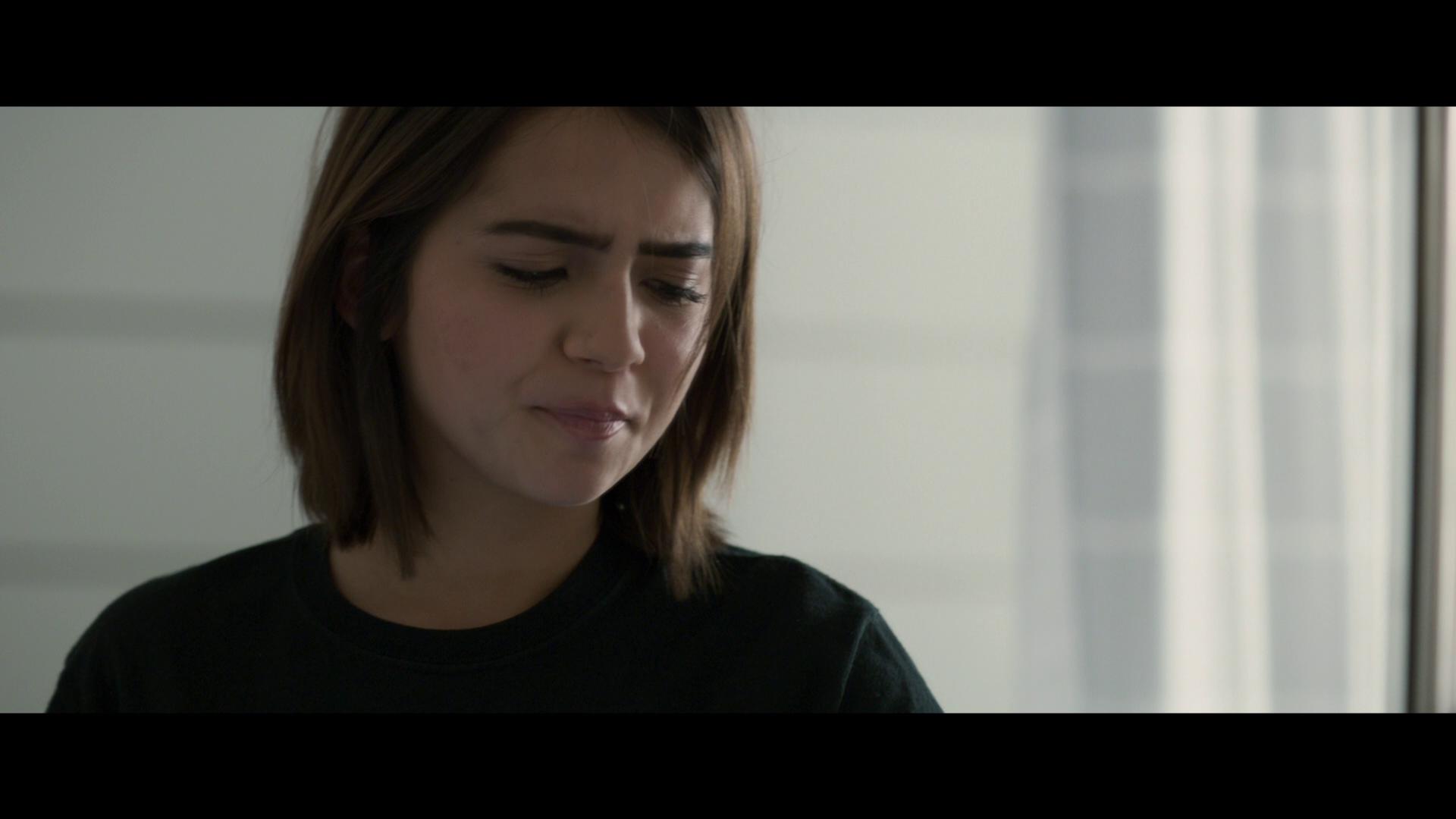 Instant Family is a movie that captures one of the bigger issues that has been going on for quite some time, the fact that there’s a large number of children who have been given up by their parents, and placed into the world of adoption, being a part of “the system”. As the two titular characters are rebuilding their new house, they decide to take in a group of children through the foster system and eventually work to adopt them, bringing them into their family. As you go through this movie, you can’t but help to feel not only a bit of sadness for the fact that these children have been going through these experiences for a number of years, but as you follow along, the presentation of the frustration that comes with children is perfectly executed, as the two parents are trying to find a system that works to make the group basically be one big happy family. There’s a decent number of laughs from beginning to end as Wahlberg’s character and his wife are adjusting to parenthood, and there’s a decent number of “oh shit” moments. Overall, the experience that’s to be had with this movie is pretty heartwarming, funny, and ultimately made for a great experience as my wife and I watched along. 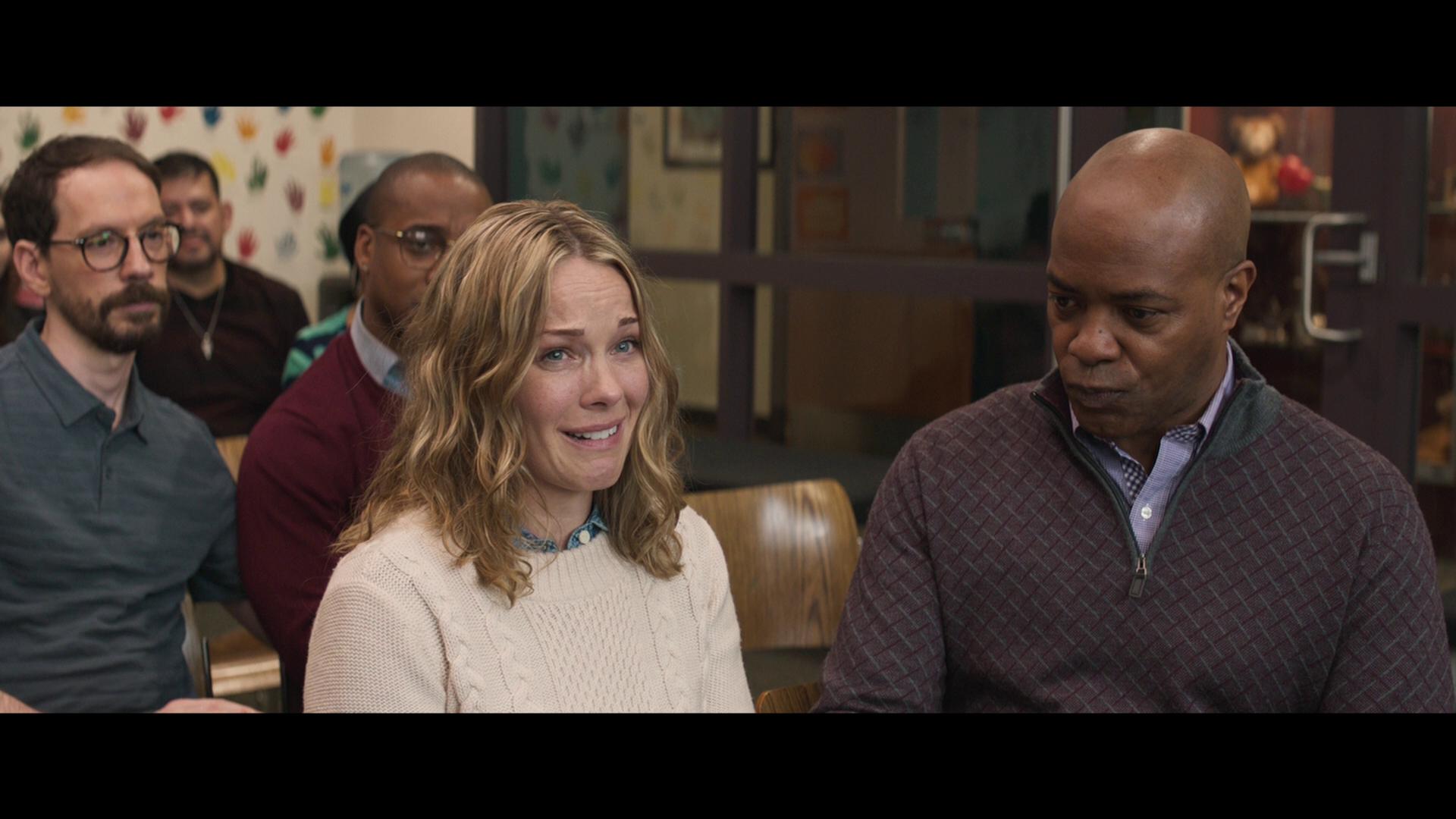 The Blu-ray release of Instant Family comes with a 2.39:1 visual presentation courtesy of Paramount Pictures. Offering a clean look into the world of parenting, and properly capturing the frustrations that come along with it. As the movie progresses onward, viewers are given a nicely done look into the lives of the Pete and Ellie, as they’re not only working to progress within their personal lives, they’re trying to fill a void that they’ve been feeling within their lives. The execution of the various snafu’s that came along with the interactions with the children were executed in a way that really helped to make them feel real. For example, the scene as Pete and Juan are shooting hoops, and the basketball smashes Juan in the face, it was presented in a way that really made my wife and I go “oooh” as they show the impact happening. Overall, the release is clean, everything feels natural, and both my wife and I were able to really enjoy this movie as we sat down with it the other night.

Packaged with an English DTS-HD Master Audio 7.1 track, the Blu-ray release of Instant Family provides audiences with a powerful and immersive audio experience as we follow along. The sound effects that were used for the variety of experiences and accidents that happened with the kids were executed in a way that really emphasized the impact. The emotion that falls behind the things that the children say as they try to get the things that they want helped to perfectly convey the frustration and annoyance that comes with having children in the home so that when they all reach an agreement within their relationship, you’re able to appreciate that relationship much more. Overall, the dialogue is spoken cleanly, and all of the characters are able to be heard and understood without any issues or the need to increase the volume levels as you watch along. 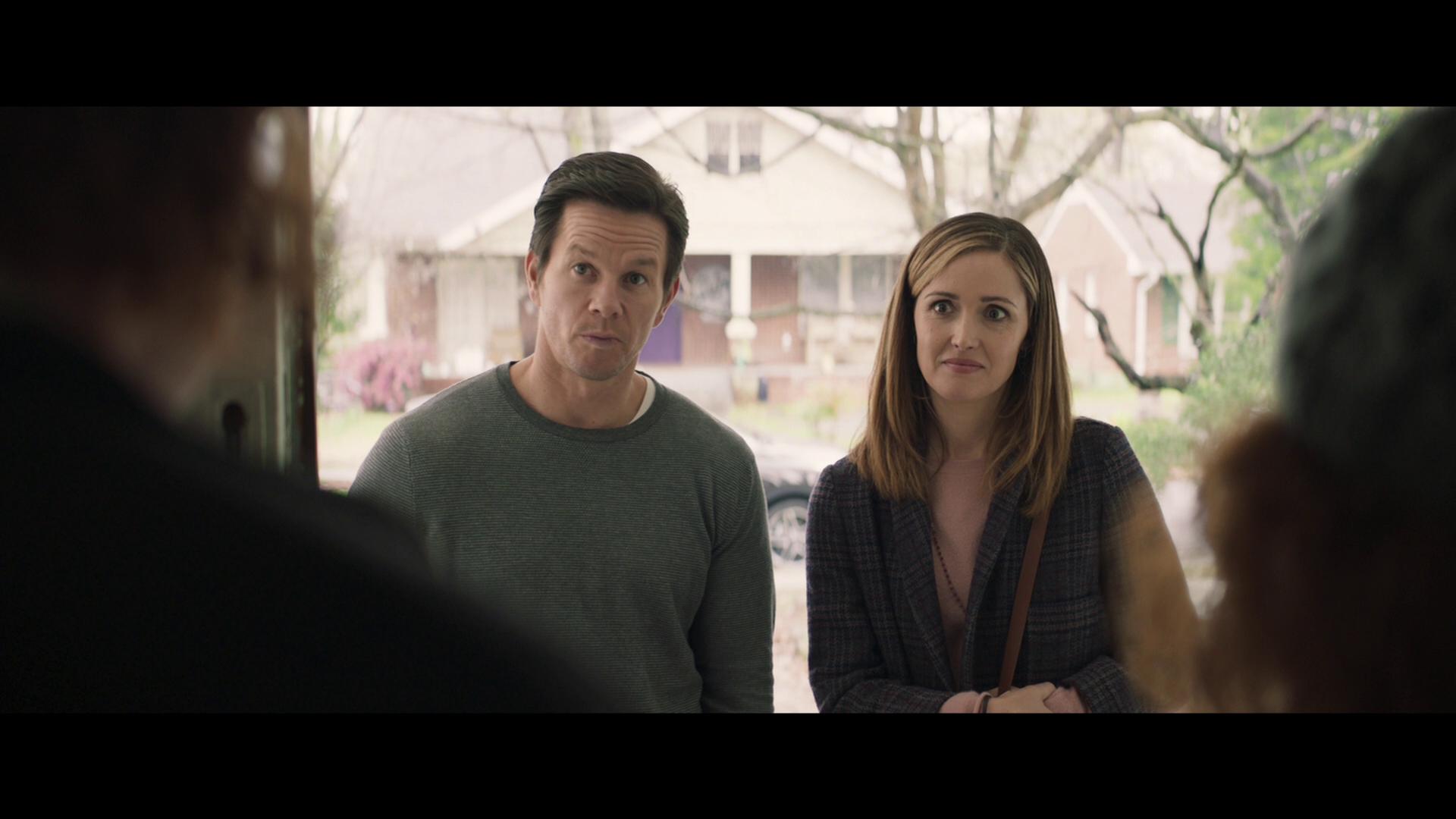 Instant Family comes packaged in the standard two-disc amaray case, with the Blu-ray copy and DVD copy included.  Neither disc features any artwork outside of the standard release text; but, there is a digital copy that has been included, and a slipcover that’s available in the original pressing of the release that features the same artwork as the case. 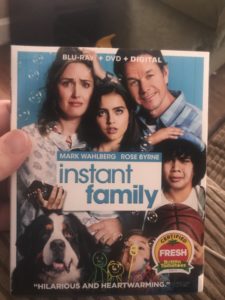 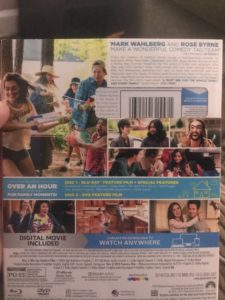 There’s a good number of special features included on the Blu-ray release of Instant Family. The content explores not only a further look into the storyline as they visit with the family that inspired it, but there’s a good number of behind-the-scenes looks that shares the overall amount of fun and work that the cast members had and put into making this movie. Overall, I was pretty satisfied with the supplemental content, and had no regrets sitting down with these. That said, with this release is: 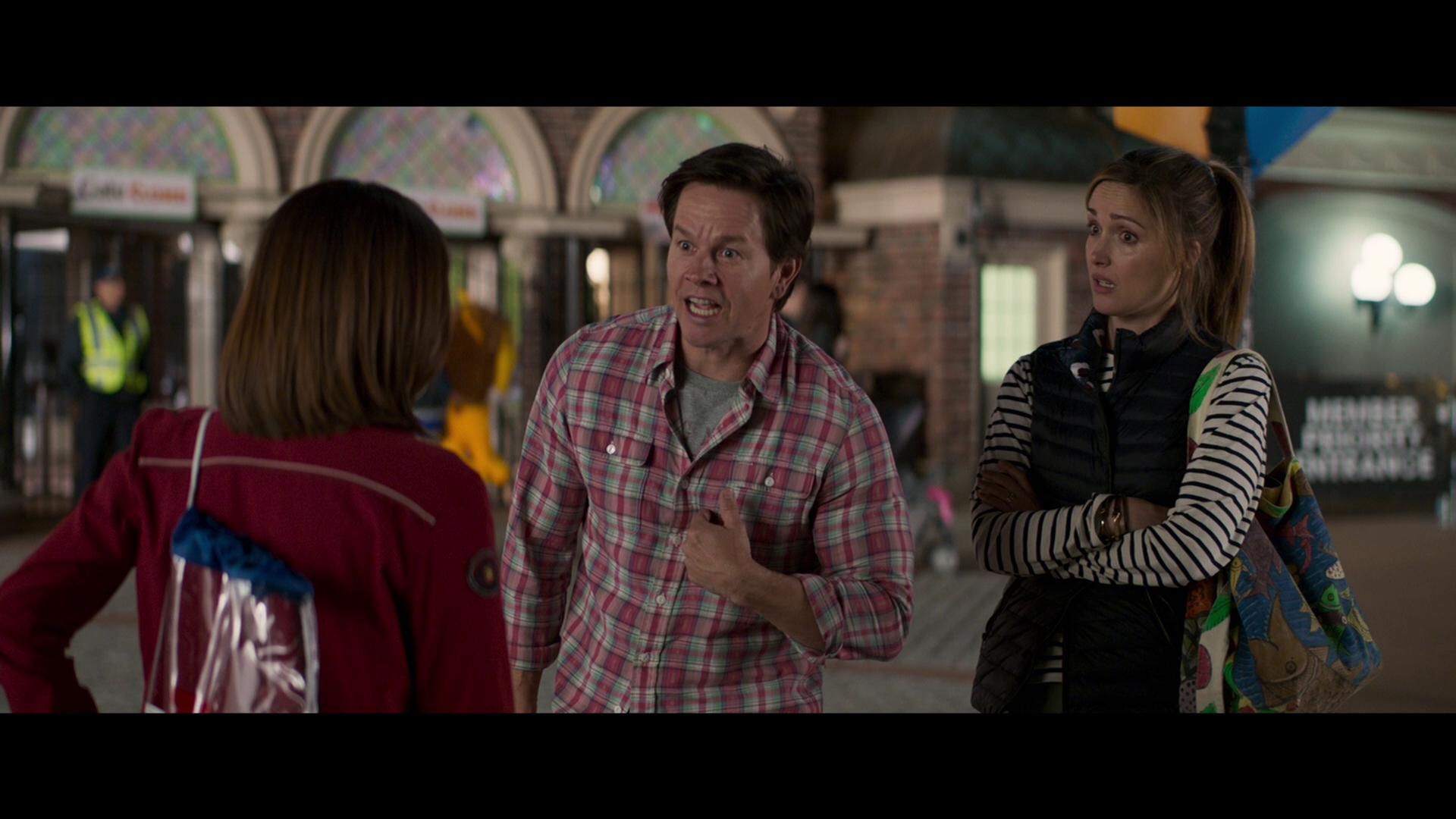 Overall, my wife and I both thoroughly enjoyed Instant Family. The story is very heartwarming, beautifully executed, and really does a great job at putting you in the shoes of the two main characters. There’s a lot of laughs that came with the storyline as everybody from within the main family are working to adjust. The visual and audio presentation of the Blu-ray release did a great job at making sure that everything was cleanly presented, and easily understandable as you move forward. The special features that were included were really great, and you can really see that the cast members had a lot of fun in making this movie. If you’re considering this release for your collection, I would absolutely recommend picking it up. Instant Family will be available on Blu-ray and DVD beginning on March 5. 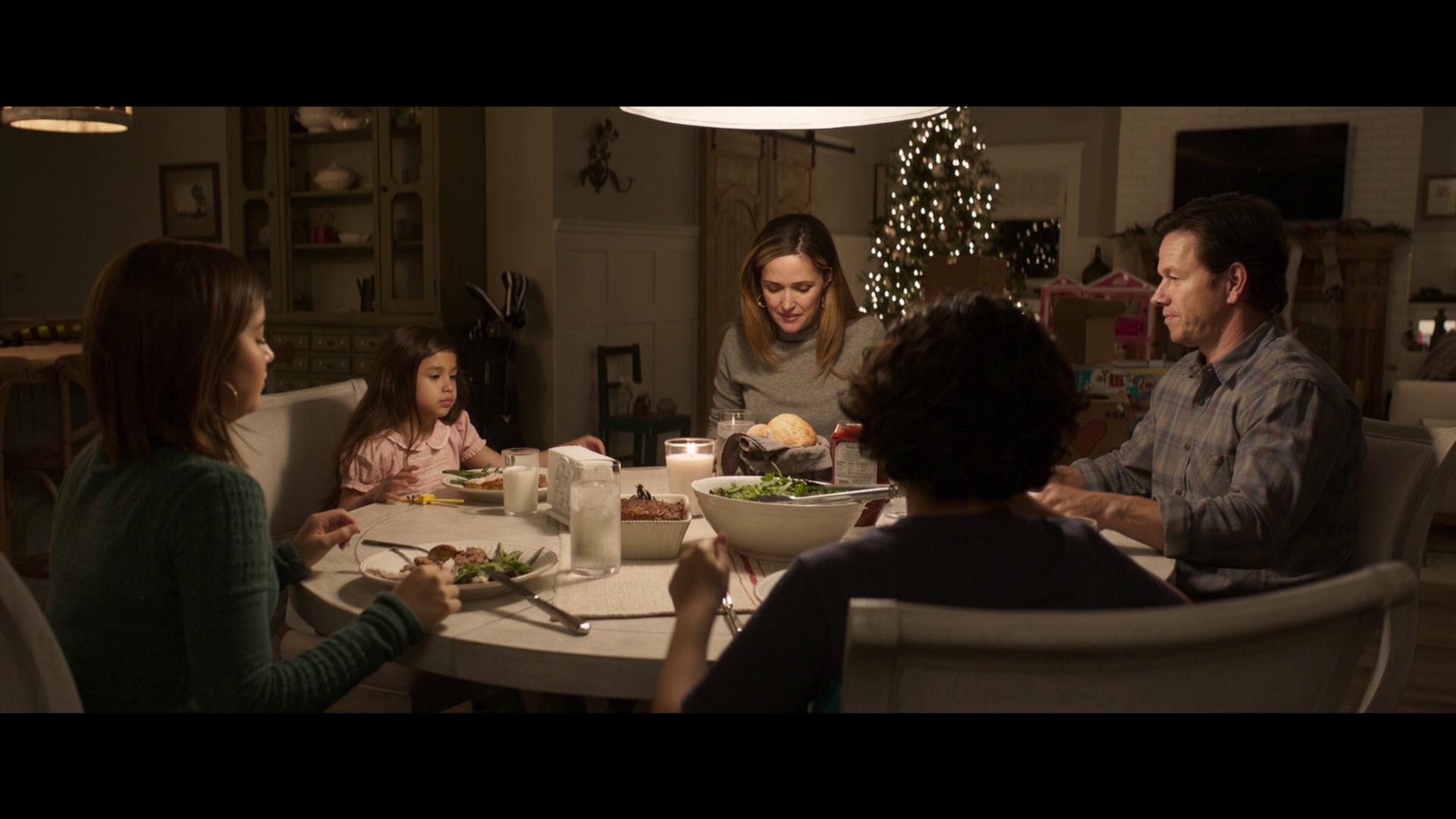