Its movie cocktail time again. First, we start off with some Fantastic Voyage. Then we add in a heaping helping of Joe Dante and a dose of Martin Short physical comedy. Stir in some wonderful ILM special effects work. Lastly, we’ll top it off with a touch of Dick Miller.  The end result: the late 80’s science ficton comedy, Innerspace.

Let’s get my biases out of the way first.  I’m a big fan of Joe Dante.  Gremlins, much to the chagrin of my wife, is one of my favorite Christmas movies I watch every year.  The ‘Burbs is probably my favorite Tom Hanks movie of the 80s. (Dear Arrow, please bring your release to the US so that I can retire my DVD!) On the other hand, I’m not a fan of Martin Short’s style of physical comedy. He’s often just a little too much for me when he gets going. A little goes a long, long way for me. 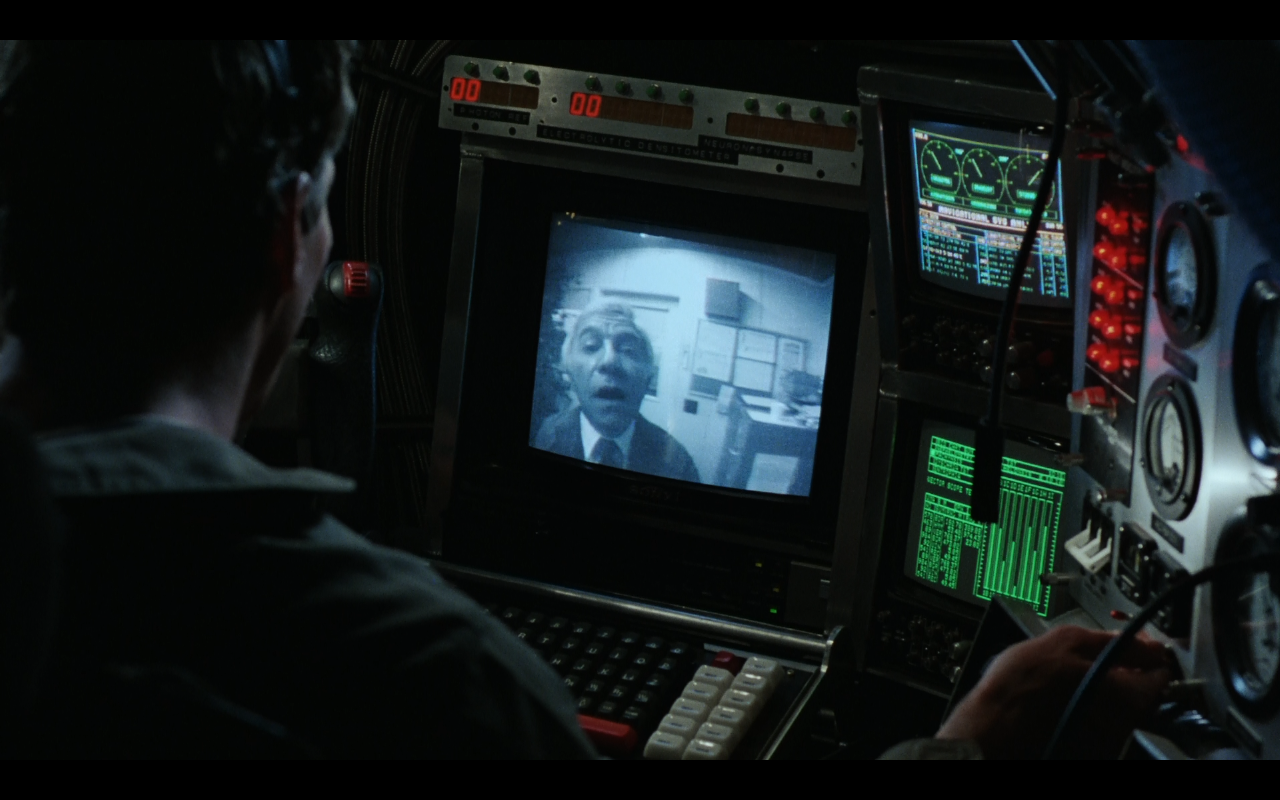 Given this, lets look at the set up. How do we get to this Fantastic Voyage within Martin Shorts bloodstream? The movie starts out with Martin Short as Jack Putter, an assistant manager at a local grocery store. Dennis Quaid is naval aviator Tuck Pendleton joining an experiment to be shrunken and put into a rabbit. An evil doing rival group raids the experiment to steal the technology. In an attempt to save their work, a scientist runs off with the syringe full of Tuck and inadvertently injects him into Martin Short’s butt. And our adventure starts as Tuck and Jack endeavor to find the solution to get Tuck out of Jack while evading the evil-doers. 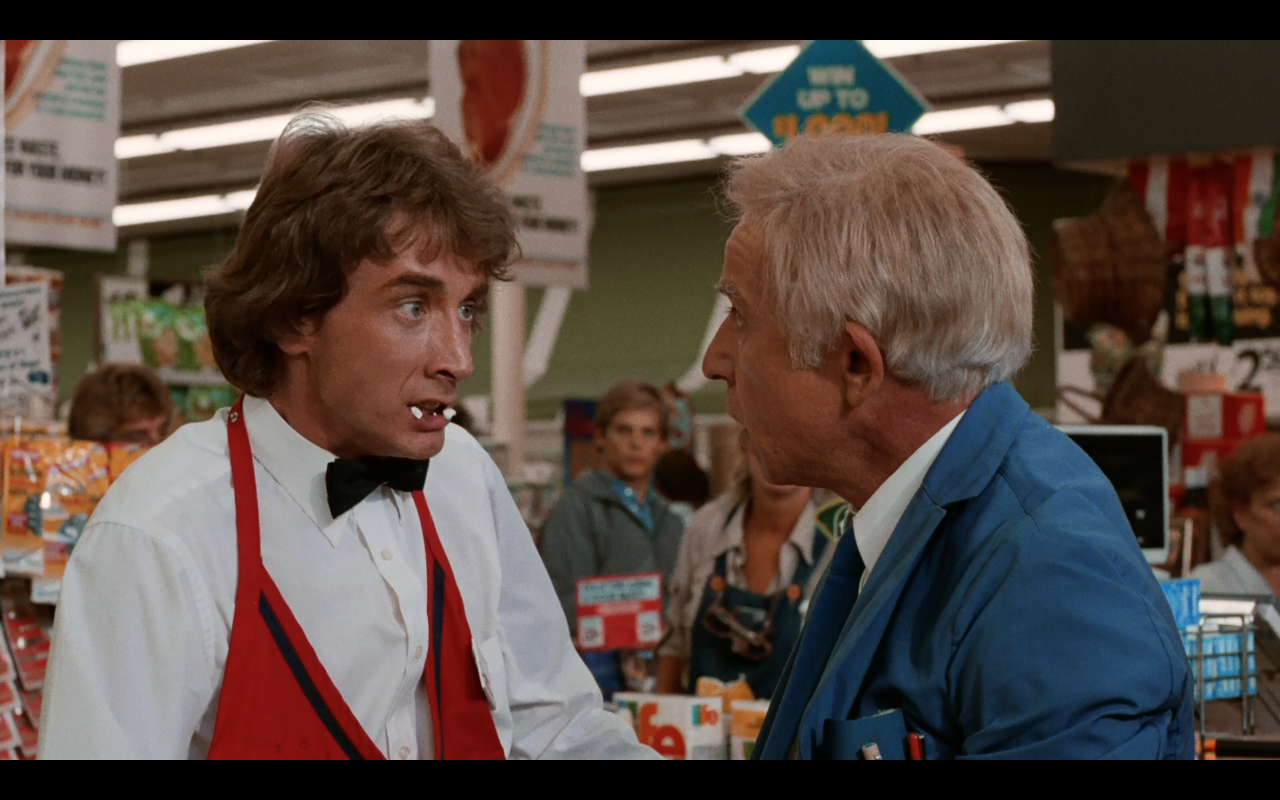 I’ve said before I’m not exactly a fan of Martin Short’s physical comedy antics. This originally made me a little uncomfortable with the thought of a movie of him running around with somebody in his body and head. But it honestly never gets out of hand and Dennis Quaid really balances him out well. I think that their interaction is the real gem of the movie. As they bond with one another, you can see the personalities and acting styles of the two balance each other out and play off of each other well. We still get the goofy moments like stuffing his face full of pills or dancing around drunk, but they are all short, played to just the right extent and length. 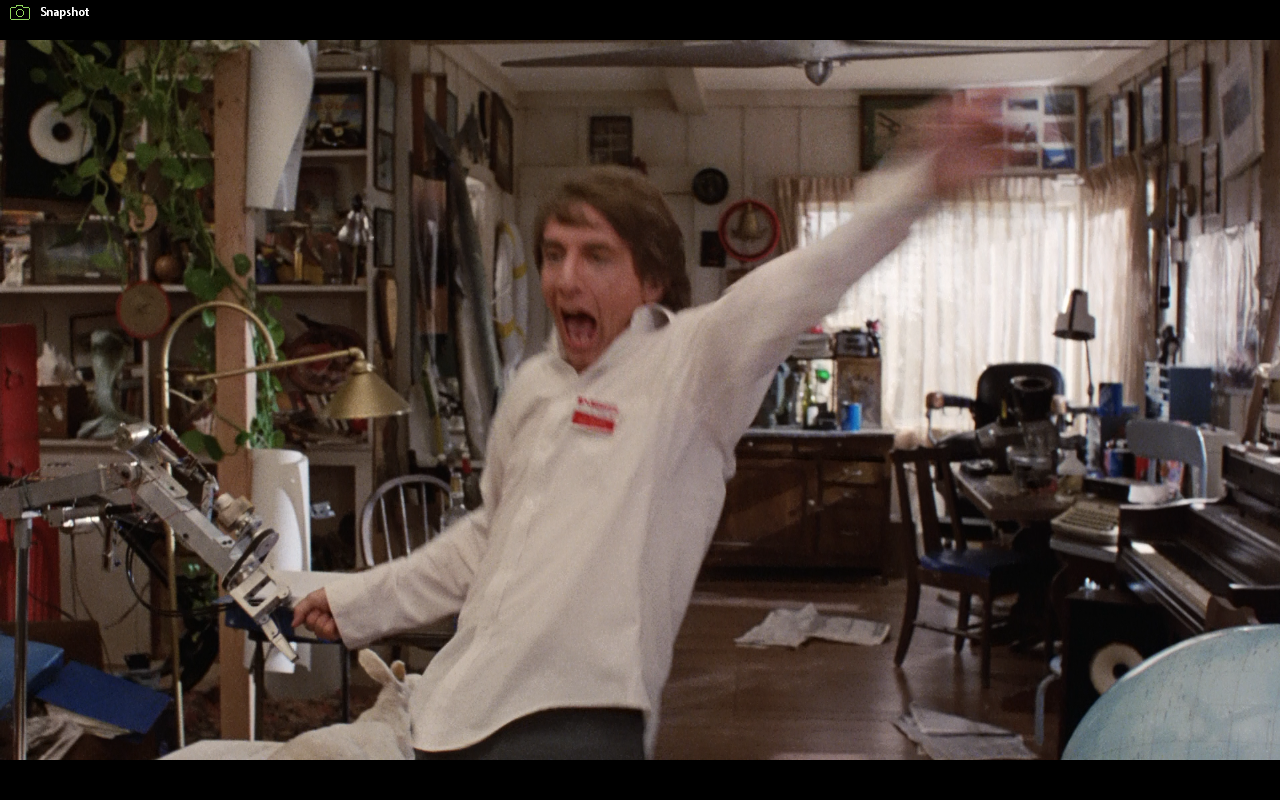 The most over the top moment is when Jack is dancing around to “Twistin’ the Night Away” while Tuck is drinking inside the pod. And I know that I said I don’t like Martin Short’s physical comedy. But this moment fits in the context of the scene. Jack is drunk off of Southern Comfort and coping with having another person talking to him from within him as he is being pursued. And honestly, despite my bias, I think he was the perfect pick for this scene and the role as it works beautifully. This is also the moment where you start to see Tuck and Jack start to connect and help each other develop. 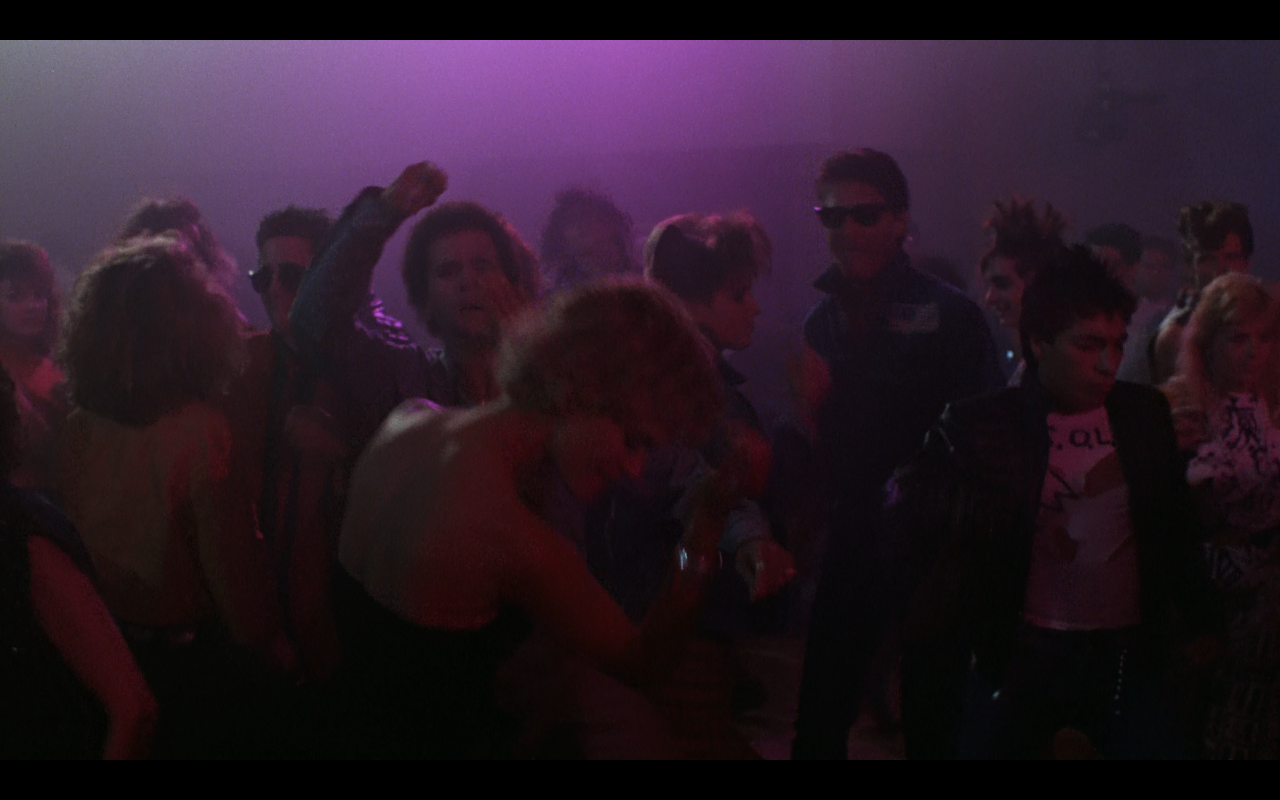 Tuck helps Jack gain some confidence and control over himself and his anxiety. And in exchange you get Tuck developing into more of a mature adult able to acknowledge how much he loves and wants to be with his lady, Lydia. The greatest thing is the chemistry that Short and Quaid share. You learn in the commentary that while they may have never shared the camera, Dante insisted that they read lines together during filming. As a result all of their conversations are genuine interactions between the two and feel in the moment. I think that was a great decision by Dante and crew. 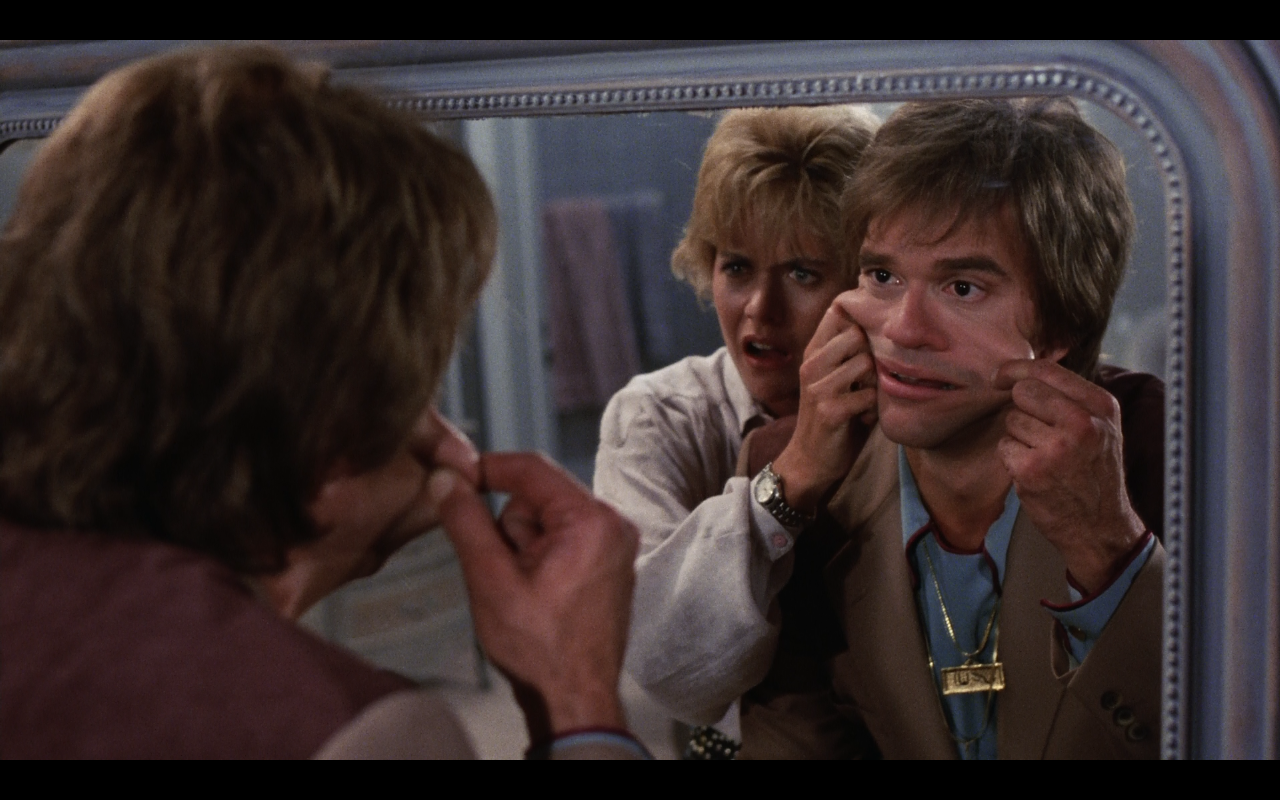 Not shocking, given ILM’s involvement, Innerspace also has some great effects. As the internals were done with practical effects, they all hold up pretty well nearly twenty years later. As someone who is not a doctor, most shots inside of Jack are convincing enough to show me what Tuck is doing. With these special effects, the movie effectively brings us into the moment as the pod navigates around the internals of the body. Overall, just a really nice touch what a pretty great adventure-comedy stuffed into a sci-fi concept. 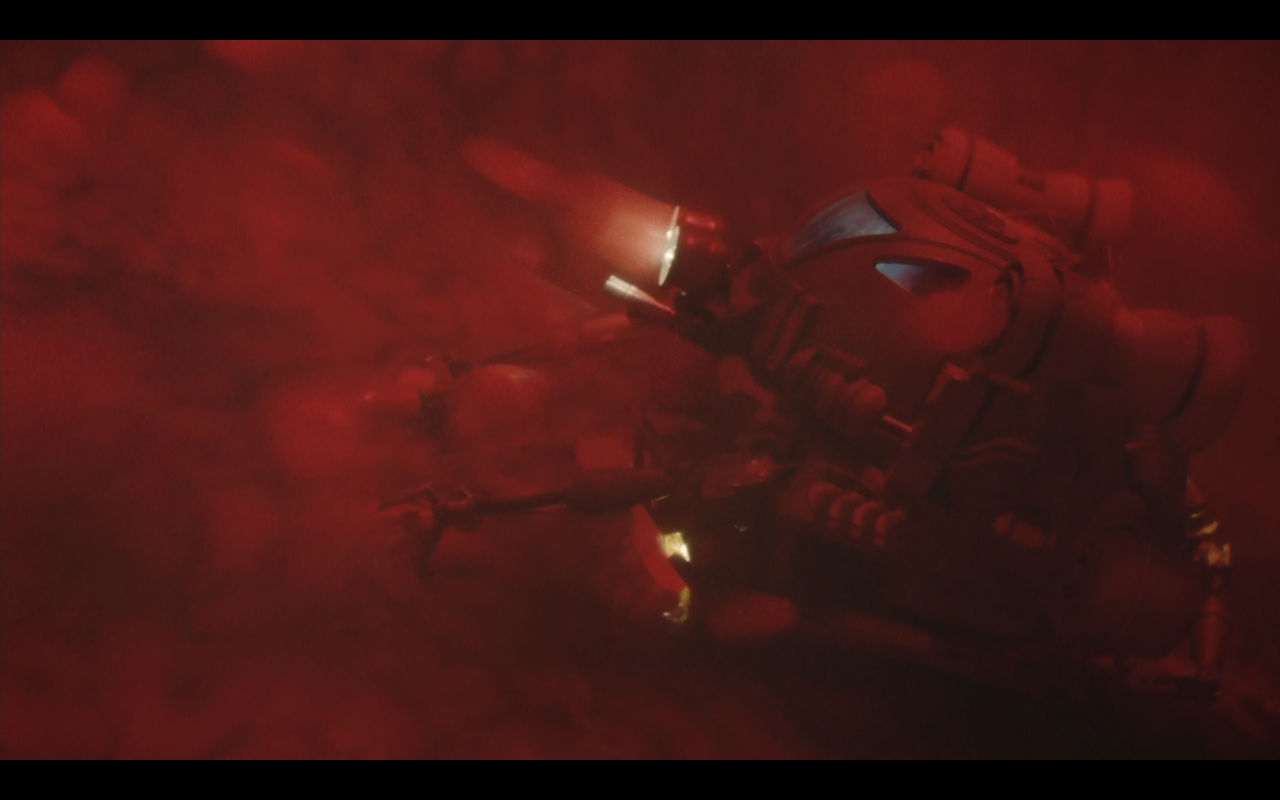 This is a great looking release for a movie from the 80s. The grain looks good. Nothing is overly grainy and nothing looks like it has been artificially scrubbed with too much DNR. The colors look true. The brightness is good. The practical effects have aged well in this transfer. The one weakness might lie in the shots in the pod, which look occasionally murky, but that probably has more to do with the lighting from the original shooting than the Blu-ray transfer. I have no issues with the picture and any fan should be pleased with this transfer.

The included is DTS-HD Master Audio 5.1 track is clear and balanced well. The dialog is crisp and clear all throughout the movie. The music and score sound great everywhere in the movie. The sounds do a good job of making you feel like you are in the various environments from the club to the insides of Jack.

Commentary featuring important production members Director Joe Dante, Producer Michael Finnell, Effects Supervisor Dennis Muren and the actors Kevin McCarthy and Robert Picardo. This is the kind of commentary I enjoy. You have a couple people involved in the movie having a good time recalling how they accomplished the shots and events that occurred during the filming. In addition to learning a lot about the production, you get some delightful banter between the members. “One of the only men still bold enough to pun, ladies and gentlemen, Joe Dante. Puns went out approximately a century ago. They went out of fashion.” quips Robert Picardo. Dante replies back with “Good enough for Shakespeare, good enough for me”. The chemistry between these four really elevates the commentary much like the chemistry between Quaid and Short helps to elevate the movie.

Theatrical Trailer – Normal add-in. It does do a good job of setting the tone for the movie.

The packaging is relatively standard with just the same artwork as we had on the DVD cover in the standard amaray case. There is nothing new to see here. 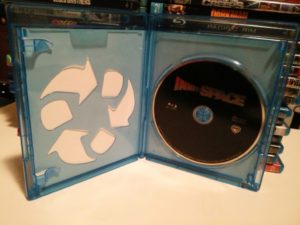 All considered, the packaging does little to elevate, but the commentary really does bring some joy to the limited special features so I’ll give some credit there.

This is a really fun movie. Its pretty long for a comedy, but never really seems to drag. The technical presentation is pretty great. The commentary is great, but that is really all there is to the special features. Nothing special to the packaging, but honestly not surprising as this is really just a good comedy from the 80s. Its enjoyable, funny, it has heart, has good adventure, and it has some really good special effects (The special effects actually won an Oscar). I have to recommend this as a buy. Even as a blind purchase, I think you won’t be disappointed.