In 2014, Paul Thomas Anderson turned his sights on Thomas Pynchon’s work in the form of a film entitled Inherent Vice. This would be the second time that Anderson has entrusted Joaquin Phoenix with taking the lead in one his films and certainly will not be the last.  There were a few different directions this film could have gone and the rabbit hole that would become P.T. Anderson’s seventh film will not soon be forgotten.  Anderson has a knack for encompassing fractions of worlds and making them seem complex. Whether it be an oil tycoon, a young couple in love, or an up and coming porn star these stories seem much grander than they are.  Pynchon’s Inherent Vice is no different, however, unlike its predecessors, it leaves the viewer with even more questions. 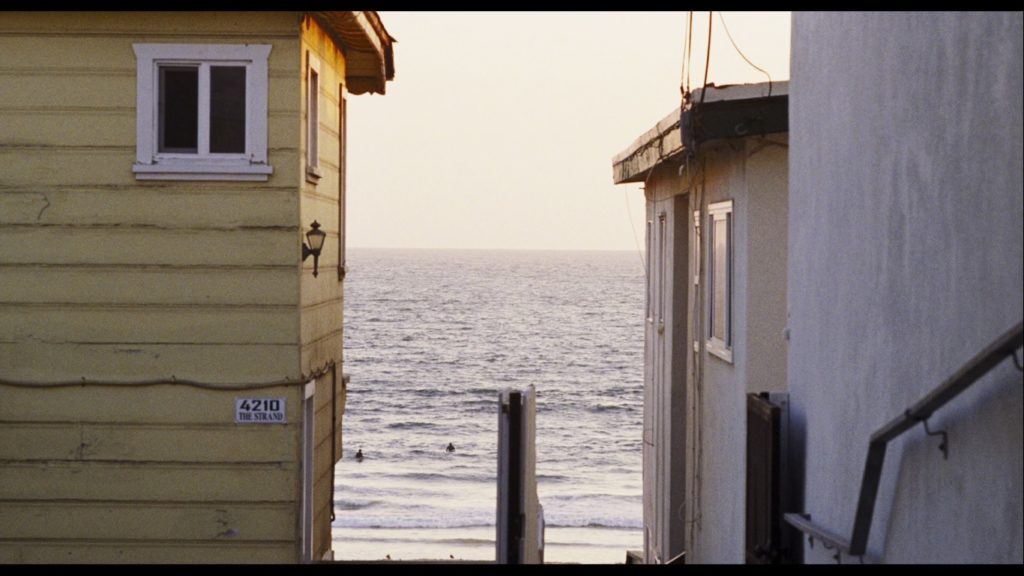 Inherent Vice may seem like a simple tale from the description but once the layers peel back we see it is anything but.  Set in the 70’s, our story follows Doc Sportello a private investigator/ hippie/ straight up stoner chasing down a mystery given to him late one night by his ex Shasta Fay Hepworth played by the beautiful Katherine Waterston (who has recently found herself front and center of the Fantastic Beasts and Where to Find Them series). The mystery in the surface has to do with a plot to get rid of a real estate tycoon that Shasta is currently involved with. However, the deeper Doc digs, the more there seems to be to the story.

Paul Thomas Anderson is able to create an environment that shouts authentic.  Joaquin Phoenix is able to create this unforgettable persona that is just truly believable. Like most of his film, this tends to stand on its own with an individual story that encompasses a rather specific timeframe and subculture.  It seems as though choosing Pynchon’s novel to adapt fits rather well into his artistic style and body of work.  That being said it does fall short of some of Anderson’s earlier work and the complications do make the story a bit harder to enjoy with some added curve balls, as necessary as they may be, may lose your average audience member. 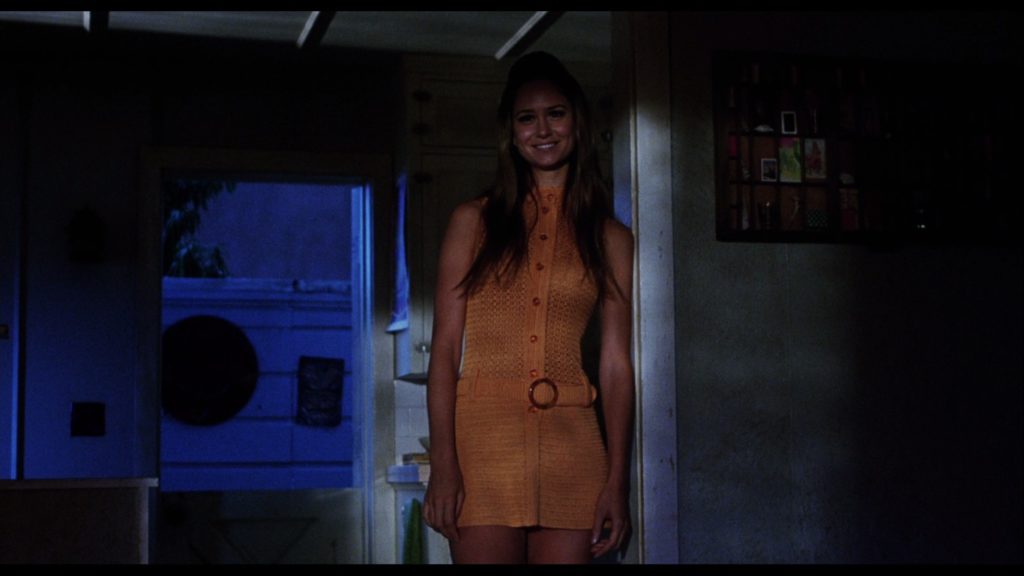 This film has its fair share of artistic shots and exposed moments that connect to the characters emotionally that they could honestly stand alone to tell a story in of themselves. Once again P.T. Anderson pairs himself with Robert Elswit, who won the Academy Award for best cinematography in 2008 for There Will Be Blood, so it comes as no surprise that he chose to work with him once again.  One thing that seems true to both films is period accuracy finding themselves enthralled in the world their stories surround and the sets and shots speak to that very time. The transfer to blu-ray is spectacular and loses none of the effects that the theater held.  Anderson films are usually big and bold and I am always concerned that effect can be lost on home viewing see also Punch-Drunk Love, however, this film seems to get to where it needs to be without losing that appeal.  In fact, it almost seems a bit easier to track this story on the small screen. 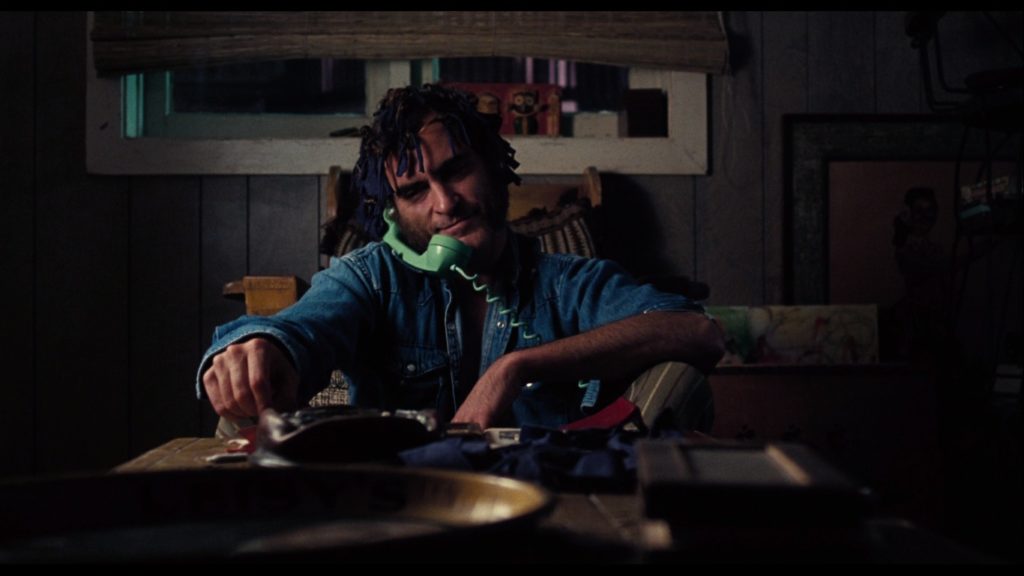 There is a lot to be said about simplicity in a film.  Something as simple as using the car radio to lightly play a popular song from the era to carry the scene combined with the character can go a long way. We have seen before how important P.T. Anderson holds the score and audio framework for his films see also Punch-Drunk Love and it would seem that this is no exception. The score and soundtrack combine to make the film seem complicated and fast paced yet it also uses the appropriate amount of silence to add the dramatic effect to the necessary scenes which are an understated effect, to say the least. 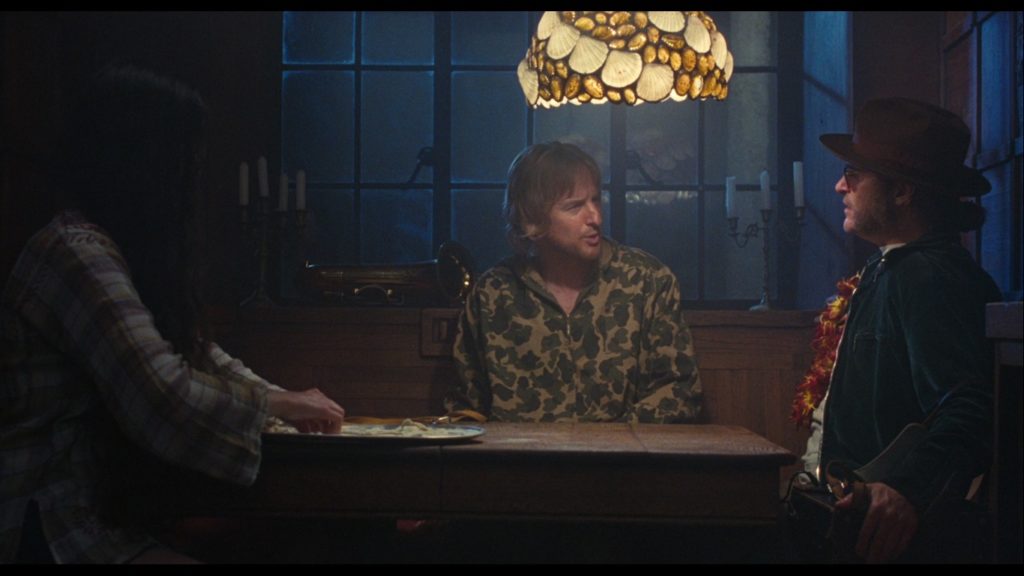 This is the second time around we have seen the reversible artwork from a P.T Anderson film, the first of which is, of course, The Master.  Whoever is doing this is absolutely right to do so.  Yes, we are still left with the simple eco-case and no slipcover but being able to pick the artwork you display does help.  I myself have chosen the inner artwork displayed in the first picture below as it stands out a bit better in the shelf just as I did with The Master it also has the advantage of losing the barcode making it seem more like a display worthy edition. Inside we do get a code, however, I did have a rather hard time getting it to work with my chosen platform (VUDU) and a disc on either side to which personally prefer to say a spindle. I do have to wonder if would ever expect to see a Plain Archive release of this film as we did The Master and if so I imagine it might be worth the packaging upgrade. 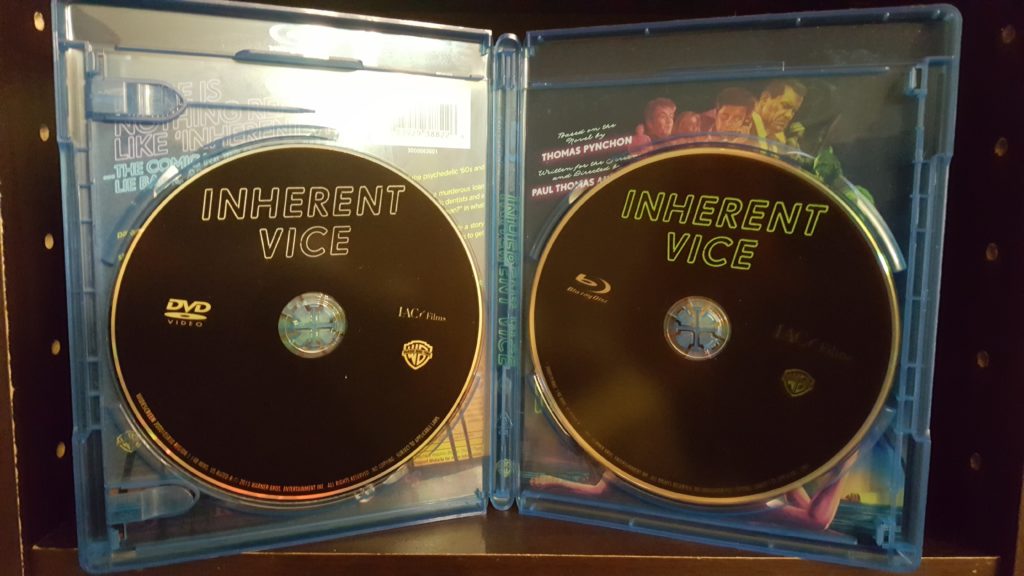 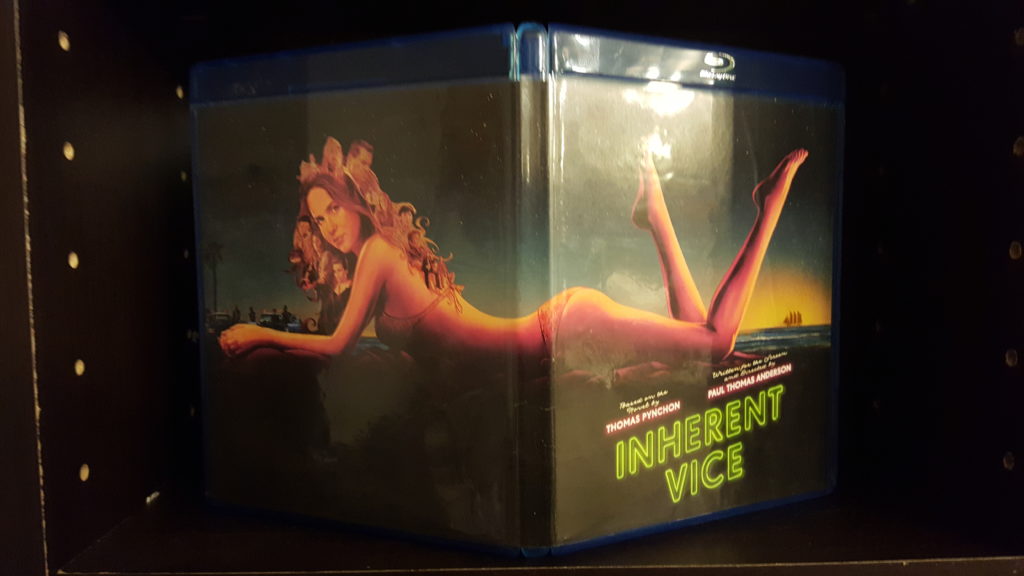 With any P.T. Anderson film comes the need for extras/.  I use the word need because unlike your run of the mill film, there are usually many unanswered questions and you are left with a wide array of emotions afterward.  This film is no different.  As such, I expected some grand features and some explanation through featurettes.  Unfortunately, we did not seem to get any of those things from this edition.  I am not sure if we can expect something in a special edition, later on, to be included, however, for the time being, I am disappointed. The special features are as follows: 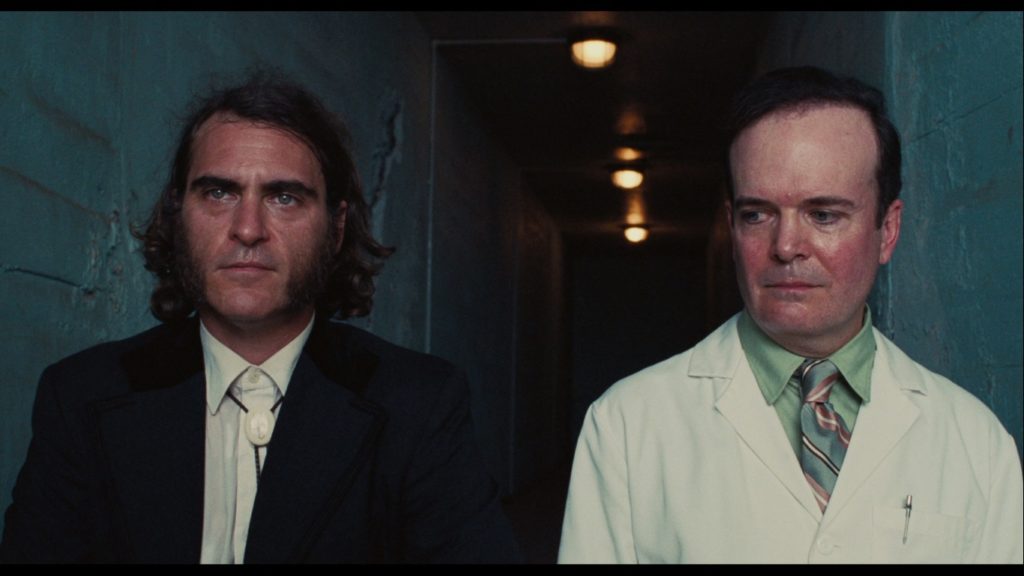 I rather enjoy Inherent Vice as it proposes some interesting viewpoints on a unique story. Joaquin Phoenix and Paul Thomas Anderson work so well as a duo bringing such a unique story to life that you just cannot take your eyes off of it.  The story itself is original and makes a good go of doing the original novel justice (I hear, I haven’t personally read it, though).  As usual, Anderson is able to draw out unique performances from the cast seemingly hand picking the exact right people for each role. That combined with the score and unique filming choices it finds itself well amongst his collective works.  The Packaging could use some help however with the reversible artwork we do get a unique looking edition that can stand out.  You can purchase this edition HERE.