Inferno is a 2016 American mystery thriller film that was directed by Ron Howard and was written by David Koepp and is based on the 2013 novel that operates under the same name and was written by Dan Brown. The movie is the sequel to The Da Vinci Code and Angels & Demons and is the third installment of the Robert Langdon film series. Starring Tom Hanks, reprising his role as Robert Langdon, alongside Felicity Jones, Omar Sy, Sidse Babett Knudsen, Ben Foster and Irrfan Khan. Together with the previous film, it remains Hanks’ only live-action sequel.

The film became a commercial success despite being considered a box office disappointment. It ended up grossing $34.3 million in the US and Canada and $185.6 million in other countries for a worldwide total of $219.9 million against its $75 million operating budget. In the US and Canada, it was expected to top the box office with approximately $25 million being returned from the 3,546 theaters that were playing it opening weekend. It brought in $800,000 from the Thursday night previews and $5.6 million on its first day, resulting in a lowered projection to $15 million for its opening weekend. It ended up grossing $14.9 million, finishing second at the box office behind Boo! A Madea Halloween and marked the fourth straight domestic disappointment for Ron Howard. 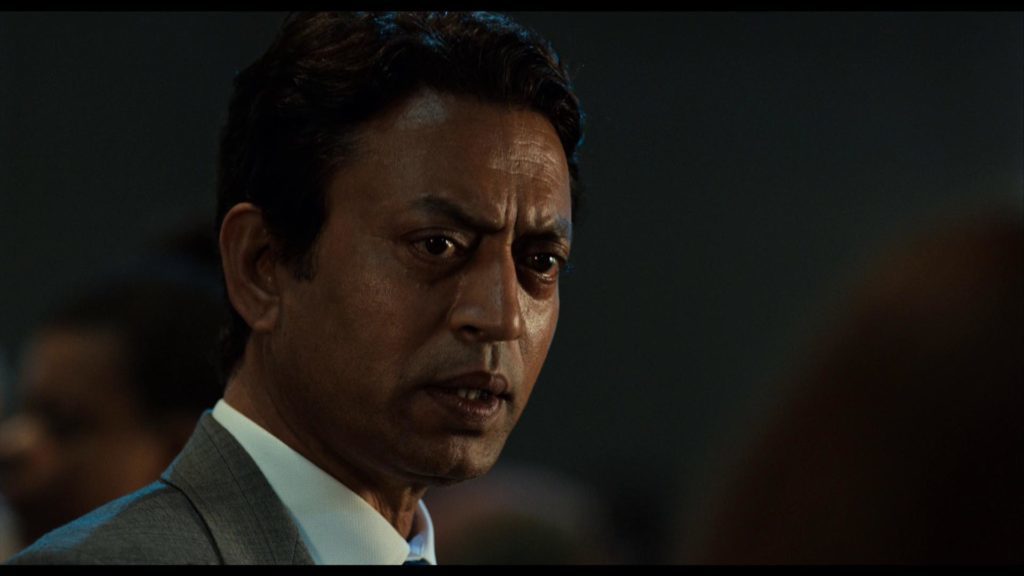 Generally speaking, Inferno wasn’t all that bad.  I mean, I can definitely understand why some people didn’t necessarily care for it because the story was rather difficult to follow as it definitely had a hard time at maintaining my attention as the wife and I watched this movie tonight.  However, as the film plays out, it is what I would definitely consider to be more than your average adventure film.  While I don’t know exactly how historically accurate the portions that are portrayed are, but it definitely was something that I enjoyed. 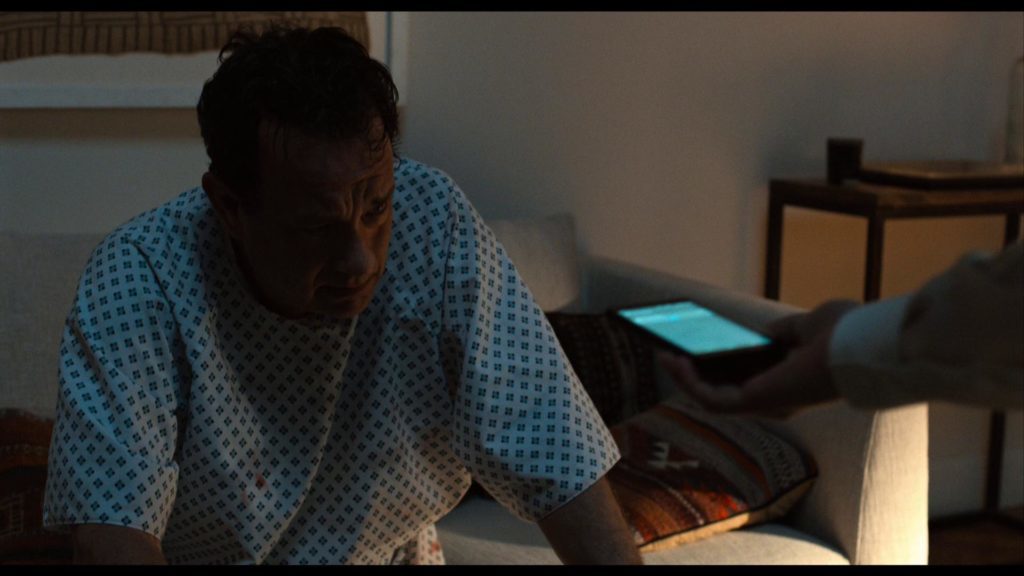 Unfortunately, Inferno is considered to be a “Fake 4K” release or an upscale.  The film was predominantly shot in 3.4K (with some scenes filmed in 6K).  It isn’t documented as to what the visual effects were rendered at, however it is assumed that they were rendered in 2K and had a 2K digital intermediate.  However, its use of high-dynamic range made this film look absolutely beautiful as it played out on my living room television.  Everything from the outdoor scenery to the indoor and slightly darker sequences looked absolutely stunning.  We were able to visually make out everything without having to squint, hell we were able to see the pores on Tom Hanks and Felicity Jones’ faces respectively.  Despite it not really being a 4K release, this film is definitely one for the books with its execution of HDR. 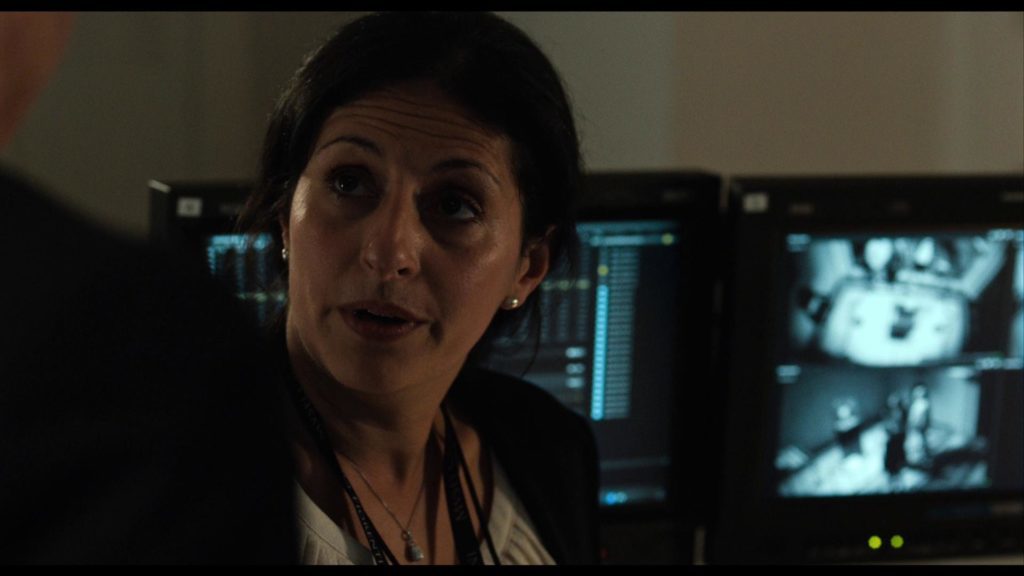 Packing one hell of a punch, Inferno comes bundled with a Dolby Atmos audio track, and boy does it sound beautiful when it’s in use with an Atmos system.  Making use of every angle of the scenes were perfectly executed with this release.  Obviously, having the ability to hear and understand everything without having to manually adjust the volume levels is greatly appreciated, but the various scenes where Hanks and Jones are being chased or even the average outdoor scene where there’s obviously some supplemental audio really offers an immersive experience for home theater goers. 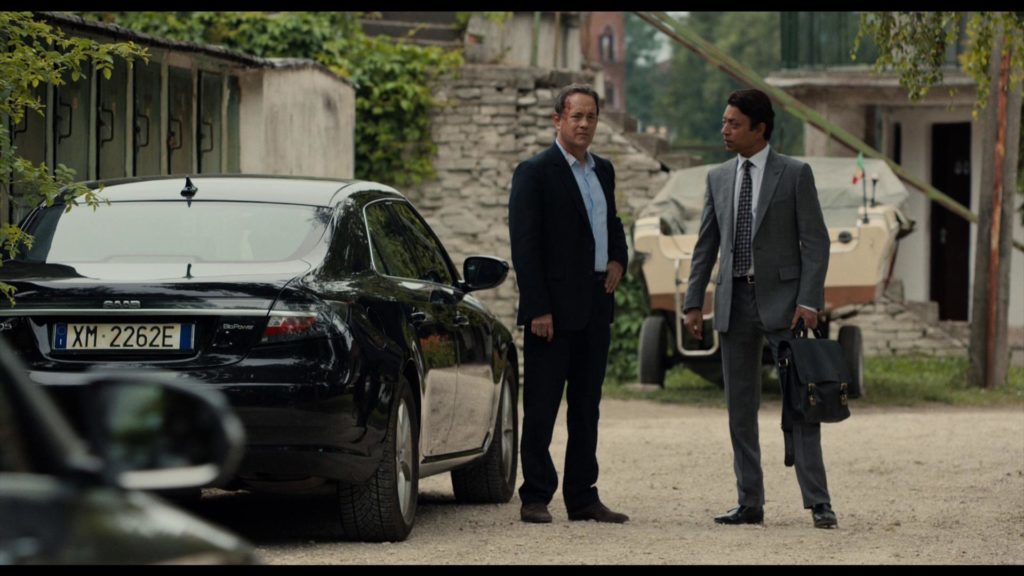 Inferno comes packaged just like any other standard 4K UHD release.  It’s packaged in a standard UHD amaray case that houses the standard 4K UHD disc as well as a standard Blu-ray copy of the film.  There is a digital copy redemption pamphlet that allows consumers to add the film to their digital libraries as well as a slipcover that’s been made available for the initial pressing of the release  The disc art for both discs in this release do not feature any artwork that resembles the film and are considerably bland. 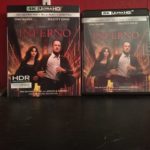 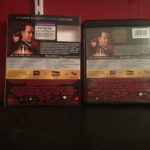 Special Features (4/5):
Unfortunately, I haven’t had the opportunity to view all of the bonus features as the film finished late tonight and work beckons in the morning; however I will be checking these out further tomorrow evening.  Just like any other 4K UHD release, Inferno does not include any additional content on the UHD disc.  All available bonus content is made available on the included Blu-ray disc.  Included with this release is: 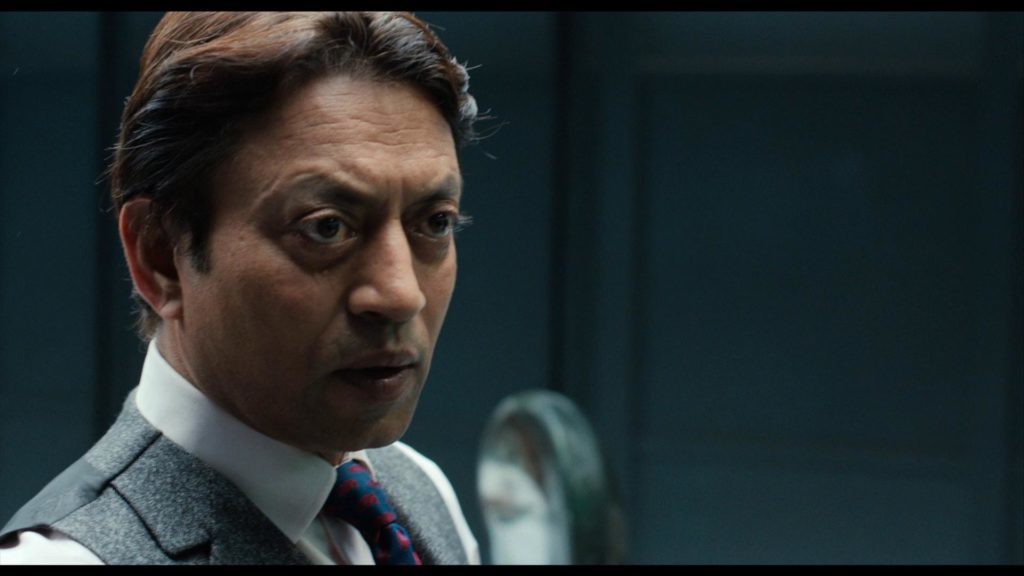 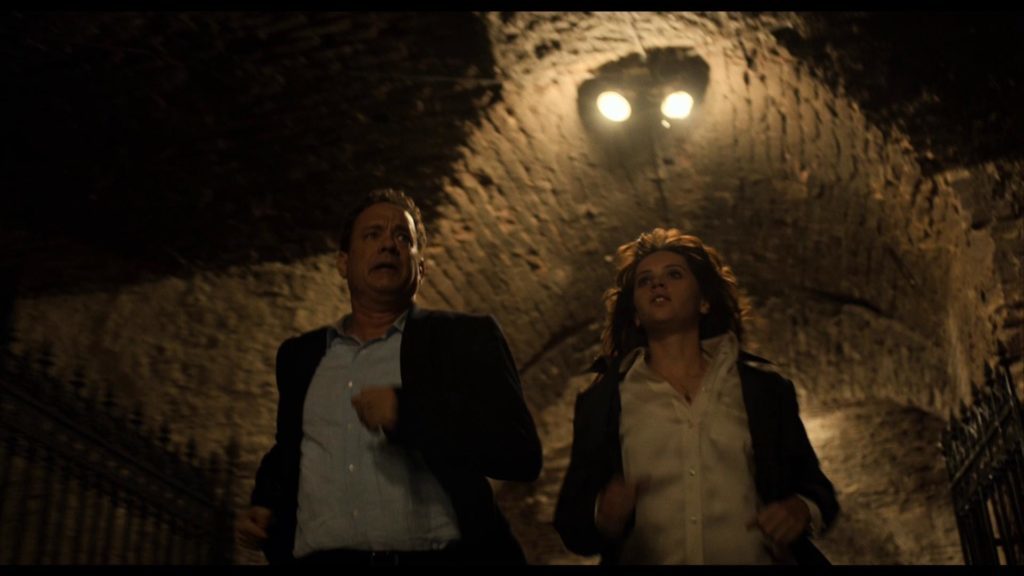 Overall, Inferno wasn’t horrible by any means.  The film definitely offers an intriguing adventure for audiences, however I can see that the film was, at times, difficult to follow.  As my wife and I watched through it, I found myself, more often than not, forcing myself to pay attention to the screen so I didn’t miss anything.  The included audio and video presentation that’s offered on the 4K UHD release was extremely solid, despite it being a fake 4K release.  There is a decent amount of additional content that’s available on the included Blu-ray disc.  While I didn’t have the opportunity to completely go through them in detail, I’m definitely looking forward to checking them out after work tomorrow.  If you’ve got a 4K setup that uses HDR, then I’d definitely recommend picking this release up.  However, if you do not, then I’d recommend going with the standard Blu-ray release. 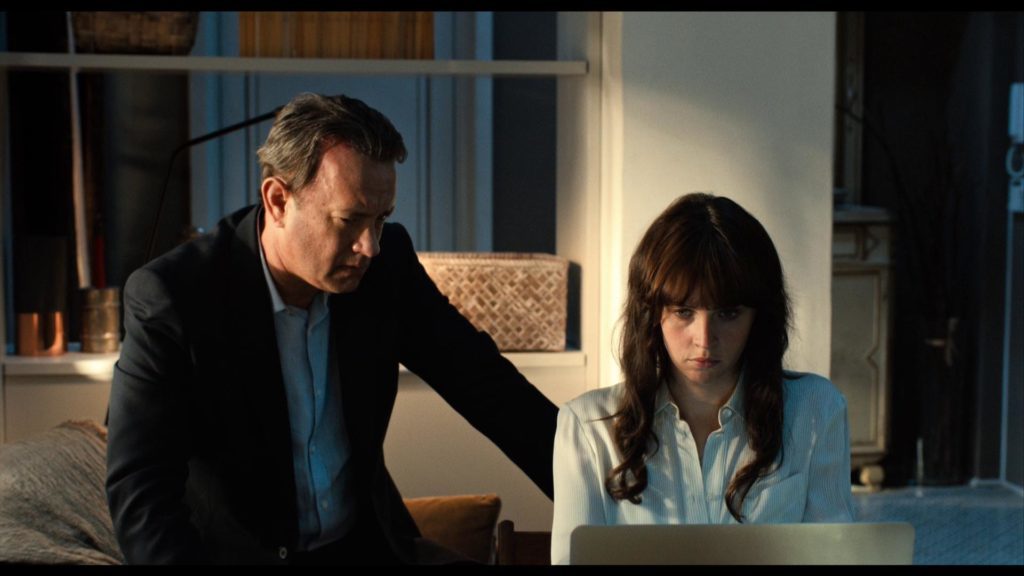