The Incredibles 2 is a 2018 American computer-animated superhero film that was produced by Pixar Animation Studios and distributed by Walt Disney Pictures.  Written and directed by Brad Bird, it is a sequel to the 2004 film, The Incredibles, and is the second installment of the franchise.  The story follows the Parr family as they try to restore the public’s trust in superheroes while balancing their family life, only to combat a new foe who seeks to turn the populace against all superheroes.  Craig T. Nelson, Holly Hunter, Sarah Vowell, and Samuel L. Jackson reprise their roles from the first film; with newcomers to the cast including Huckleberry Milner (replacing Spencer Fox), Bob Odenkirk, Catherine Keener, and Jonathan Banks (replacing Bud Luckey).  Michael Giacchino returned to compose the score.

Following the success of The Incredibles, Bird postponed development on a sequel to work on other films.  He attempted to distinguish the script from superhero films and superhero television series since the first film, focusing on the family dynamic rather than the superhero genre.

Incredibles 2 premiered in Los Angeles on June 5, 2018, and was theatrically released in the United States on June 15, 2018 in Disney Digital 3-D, Dolby Cinema, and IMAX.  It received largely positive reviews from critics and praise for its animation, voice acting, humor, action sequences, and score.  The film made $182.7 million during its opening weekend, setting the record for best debut for an animated film, and has grossed over $1.2 billion worldwide, making it the fourth highest-grossing film of 2018, and the second highest-grossing animated film and the 16th highest-grossing film of all time. 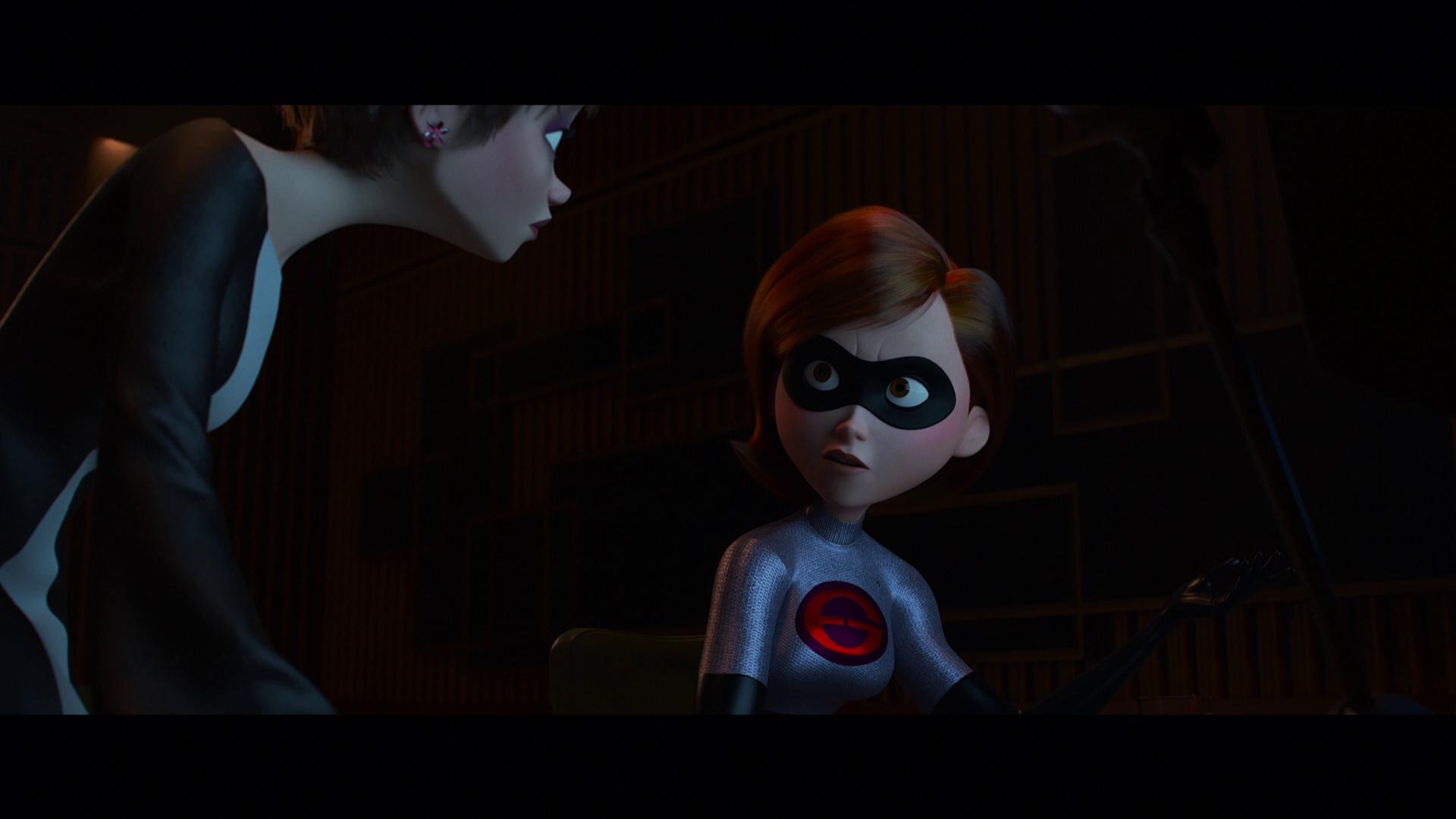 The Incredibles 2 is a very long awaited continuation to one of my personal favorite Pixar films from my adolescence that not only brings back an overwhelming sense of nostalgia; but, gives its viewers a fun and beautifully paced experience. Ultimately, it doesn’t really live up to the name that was set by the first film; however, it does well enough that it serves as a worthwhile sequel that maintains the good name that was originally set with the first movie. Focusing more heavily on the family dynamic, it does feel a little off and might not meet some expectations. But, despite the redirected focus, my wife and I thoroughly enjoyed this one. 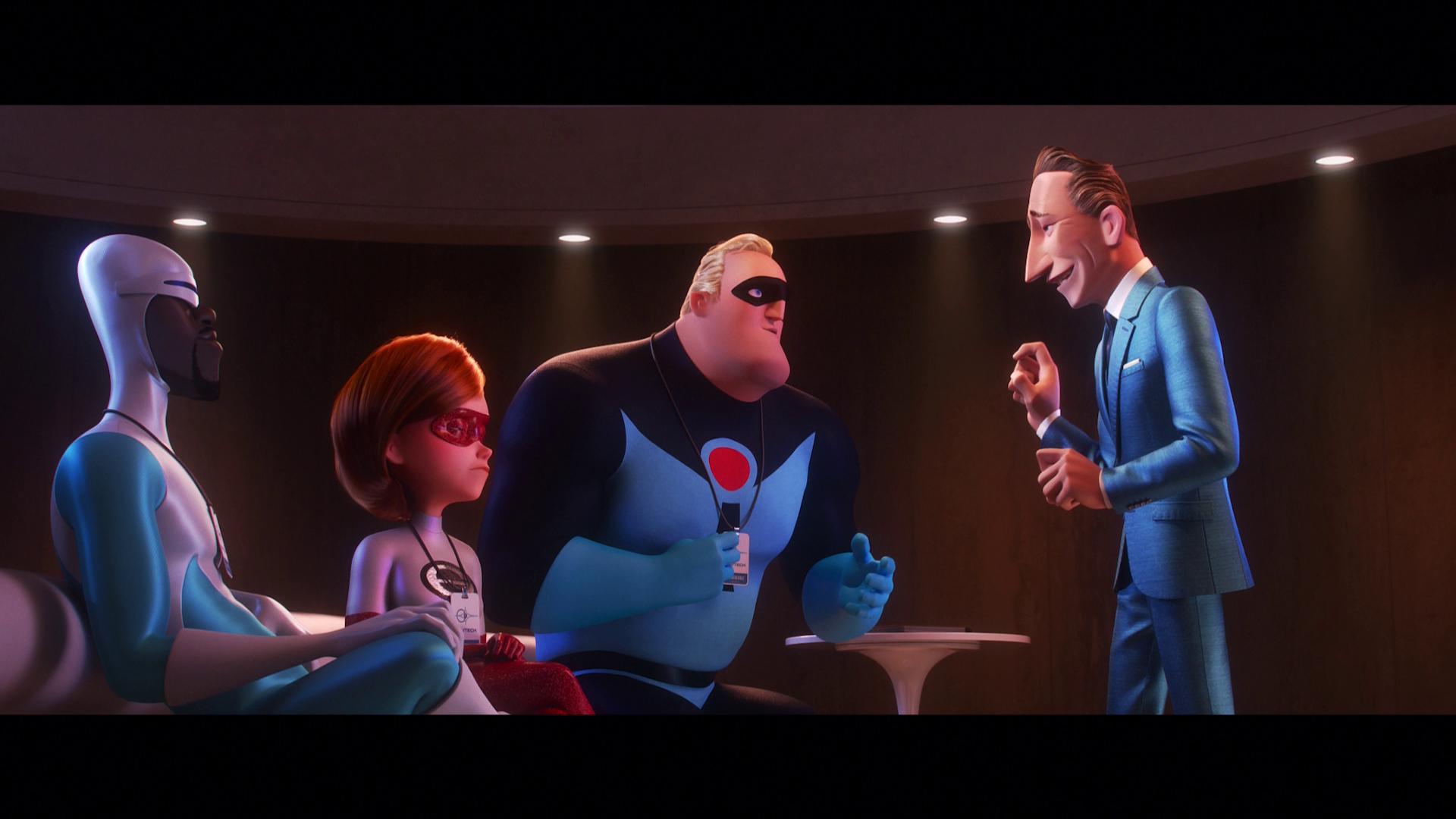 Presented in yet another stunning release from Pixar Animation Studios, Incredibles 2 on Blu-ray looked absolutely phenomenal as my wife and I watched along the other night.  Throwing out some considerably robust colors, and sharp animation lines, the movie absolutely shines.  With their distinct animation styles, the overall visual appeal of the movie is one that really stands out even on your standard HD Television, and the flow of the more action oriented sequences allows for an overall lack of distortion in the imagery that really makes it easy to follow along. 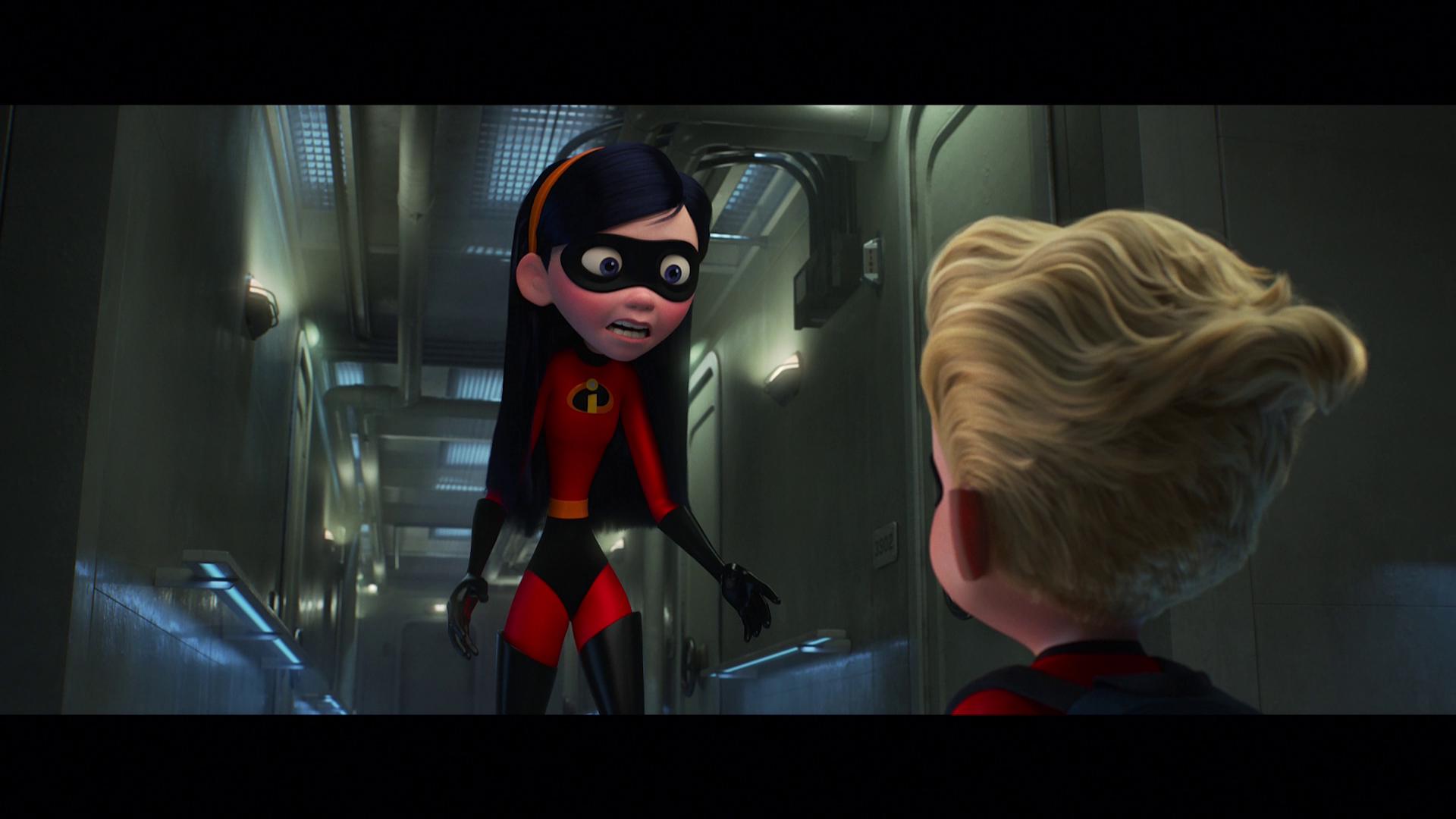 Packaged with an English DTS-HD Master Audio 7.1 mix, the Blu-ray release of Incredibles 2 offers a nicely put immersive experience that does a phenomenal job at capturing your attention right from the beginning the film.  The musical accompaniment increases in volume at the appropriate times, ensuring that the dialogue doesn’t get overpowered, as well as placing some additional focus to the sound effects for a given scene.   The transitions from channel to channel were seamless and helps add to the overall immersion level without being distracting, while the overall dialogue was spoken cleanly ensuring that the characters could be heard without any kind of volume adjustment necessary. 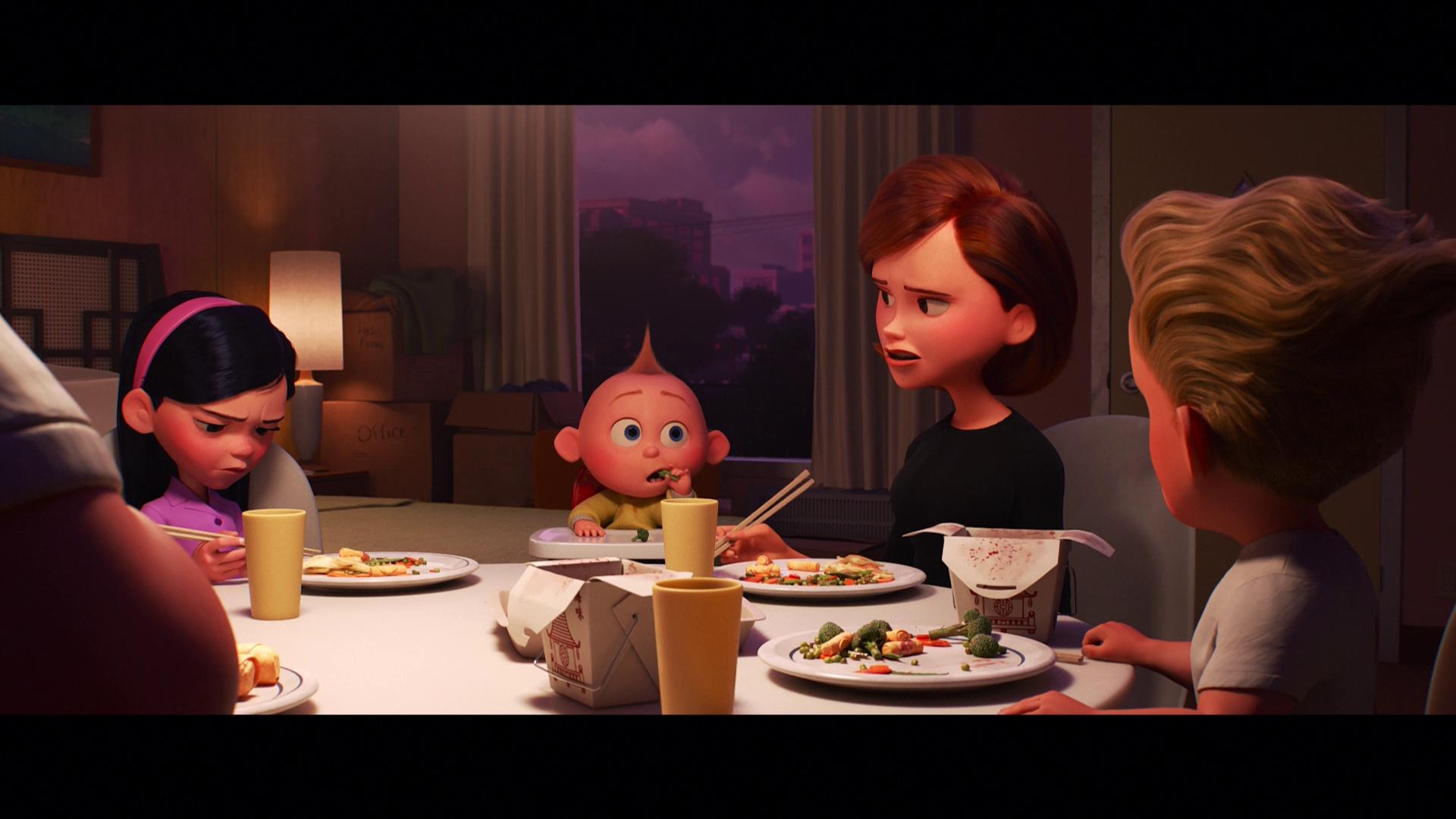 The Blu-ray release of Incredibles 2 comes packaged in a two disc Blu-ray amaray case.  Within the case is the standard Blu-ray copy of the movie as well as the standard DVD copy.  There is a third disc that is dedicated to the special features.  The Blu-ray disc comes stacked on top of the DVD.  Each of the disc features a different piece of artwork that’s related to the movie and completely different from that of the case.  There is also a digital copy redemption pamphlet that’s been included for the various streaming platforms as well as a slipcover that’s been made available during the original pressing of the release that features the same artwork that’s been made available on the case. 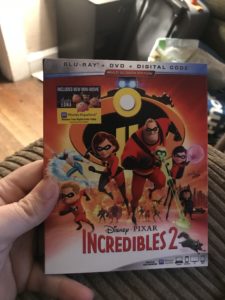 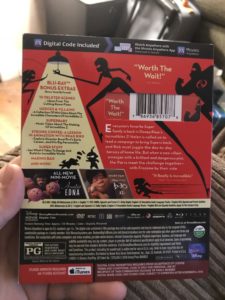 This release of Incredibles 2 comes loaded to the brim with special features, allowing those who pick this up to not only explore the work that went into making the movie; but, also allows for a continued exploration into the storyline that spans both films.  Included with this release is: 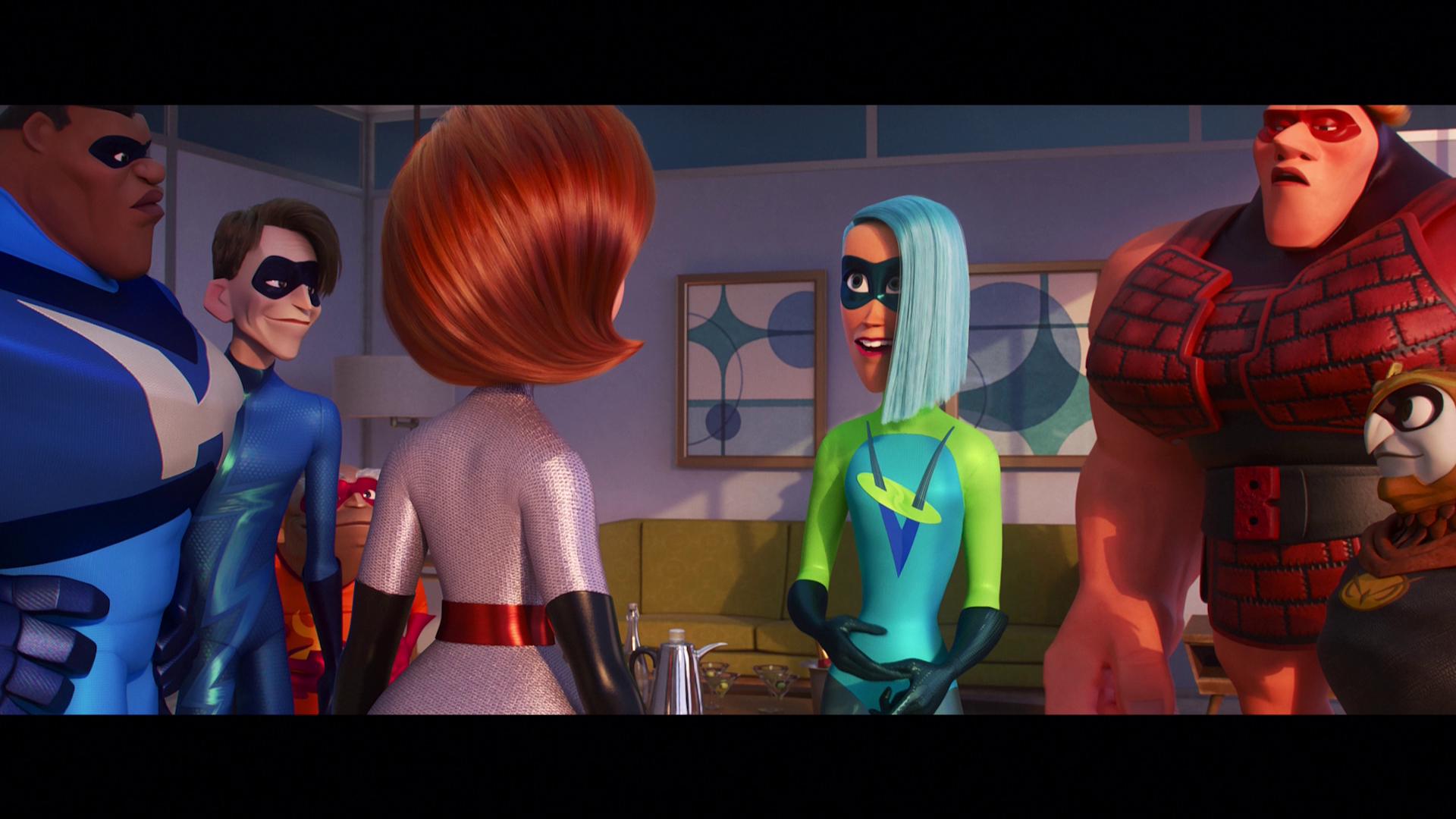 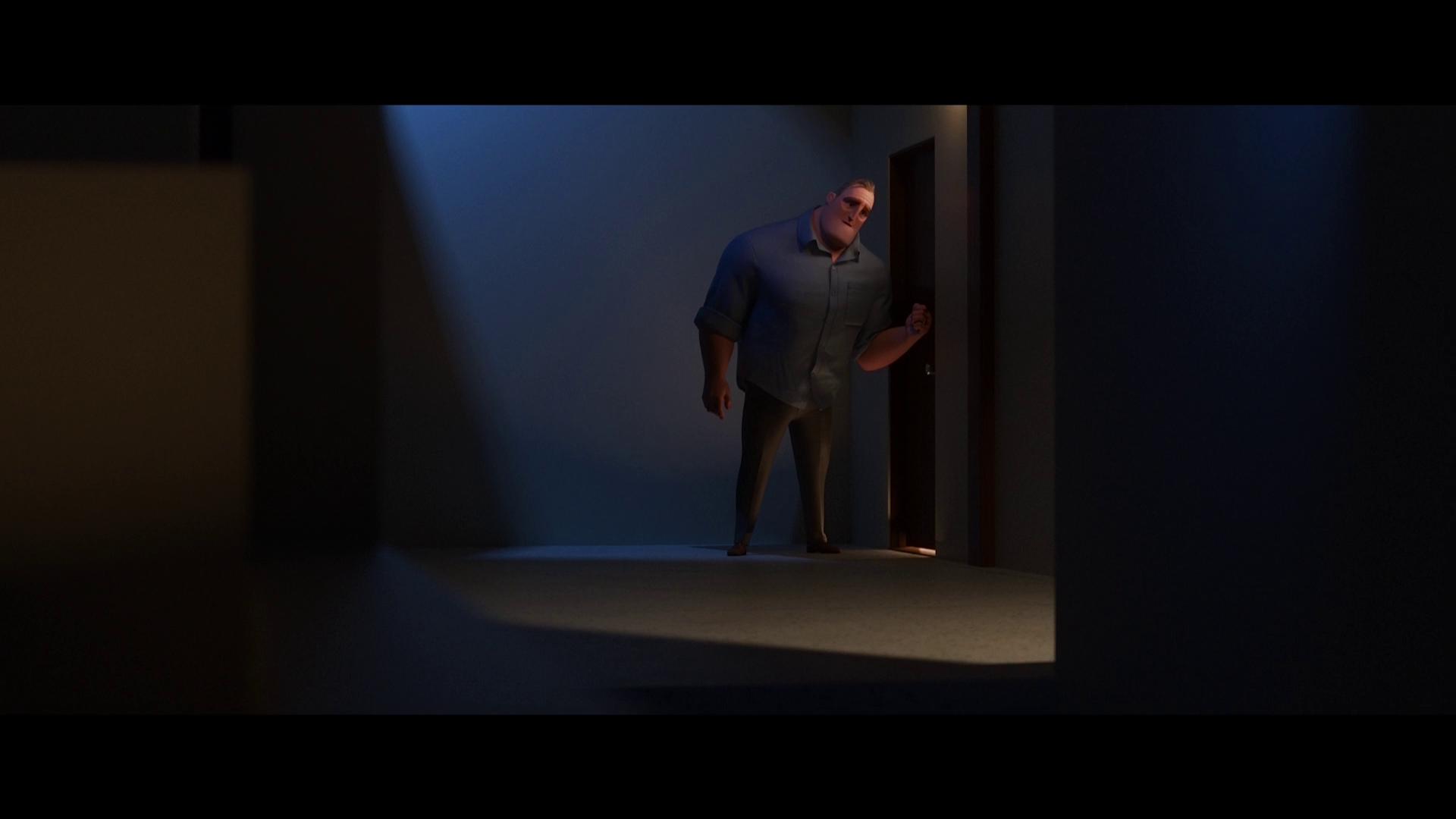 Overall, I was really pleased with Incredibles 2.  At first, I was kind of nervous because it had been so long since the release of the first movie, that it felt as if this was a quick cash grab; however, the movie as a whole picks up nicely from where the first movie left off, and offers a really nice storyline that makes it a worthwhile sequel.  The video and audio presentation of the Blu-ray release was phenomenally done, which is something that I would expect considering that it’s a Pixar/Disney release.  The special features that come included are really great, my only personal complaint is that it could have done without the stacking of the Blu-ray on top of the DVD and they should have opted for a middle-tray for the case.  If you’re considering this release for your collection, I would absolutely recommend picking it up.  Incredibles 2 will be available on 4K UHD, Blu-ray and DVD beginning on November 6. 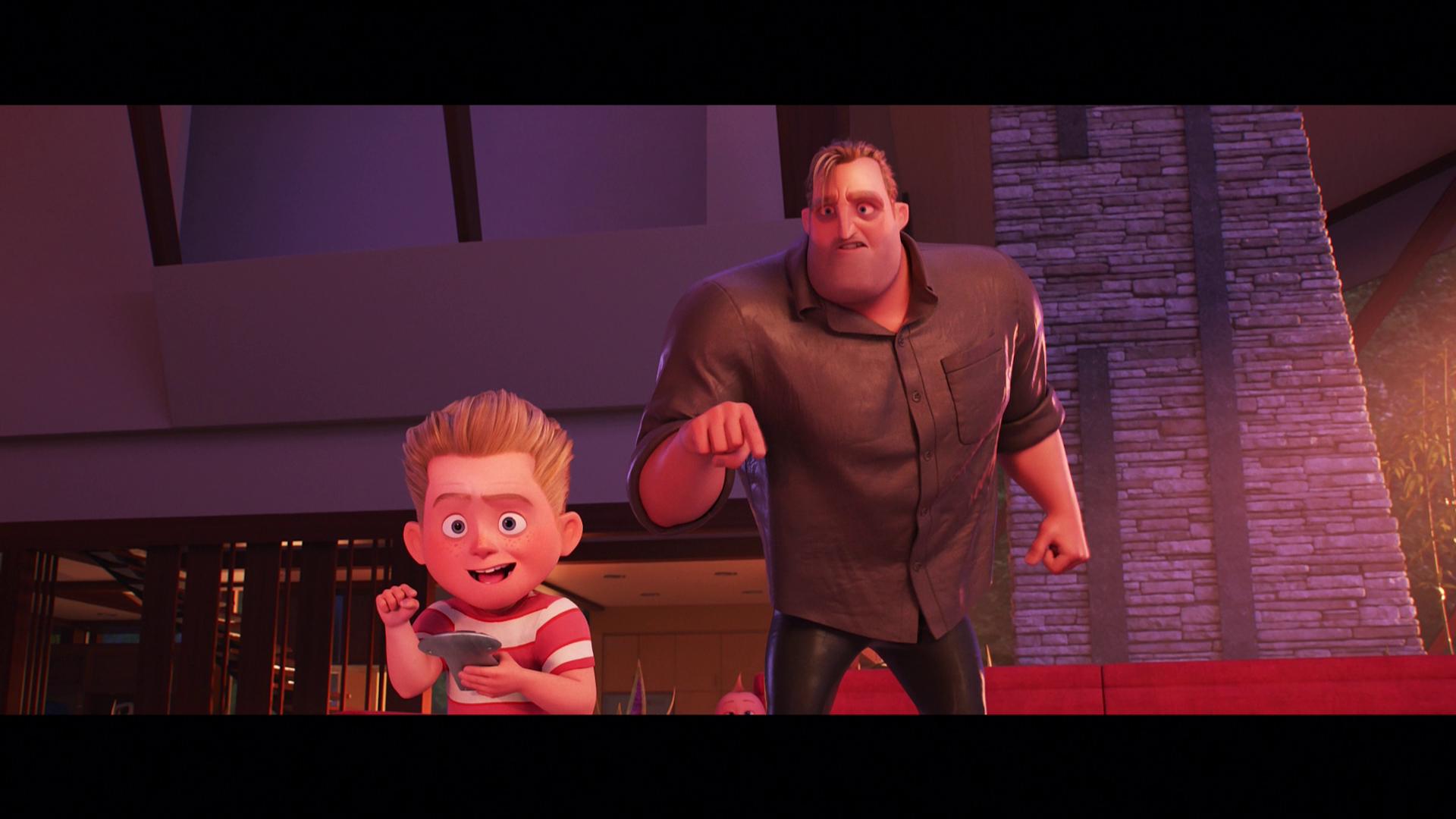