In a World takes the well known three-word phrase that is immediately recognizable and turns them into a well thought out plot and emotionally driven film.  If you follow the work I have done on here you know that yes, indeed, I am partial to Lake Bell and her works.  However true this is, this film can stand on its own merit by offering a completely original subject matter, which is damn near impossible to find for a first-time writer/director.  What that does for Bell is gives her the opportunity to choose the direction her characters get to take and how and if they grow.  She also played it smart and made the decision to cast the film with actors/actresses that have a very strong comedic background.  With actors like Rob Corddry, Demetri Martin, Nick Offerman, Tig Notaro, and of course Ken Marino it is hard to for a film to drop the ball on comedic timing which was absolutely essential given the script.

I have said it before but Lake Bell makes a strong case for herself with this film.  She is one to watch out for and she is also a triple threat.  Beyond selling herself as a talented up-and-comer she also makes a strong statement for outdated gender roles as it expressed throughout the story that there are still careers out there that are dominated by men and unfairly so. 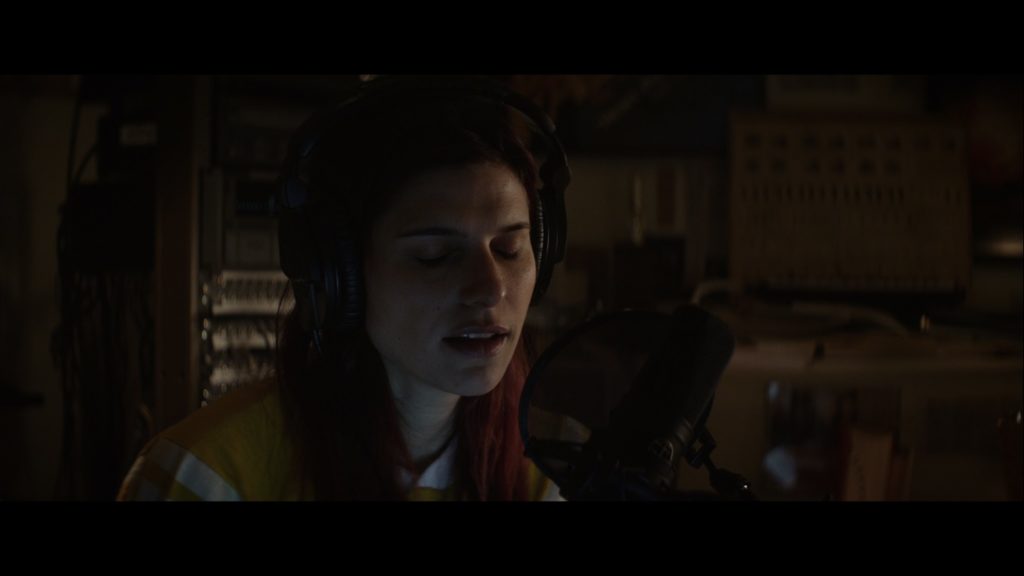 Our story follows Carol Solomon (Bell) a young woman pursuing a career in voice-over work but settling for work as a vocal coach who caters to the stars who can’t quite nail accents on their own.  Carol finds herself trying to fight her way from underneath her father’s shadow, legendary voice actor Sam Sotto (Fred Melamed) who has made a name for himself right up there with Don Lafontaine (the original “In a World” guy).  Things start to improve for Carol as she begins booking real voice acting gigs and she finds herself up for the opportunity of a lifetime – to be the voice of the brand new epic series The Amazon Games (a fictional series based off The Hunger Games) which is bringing back those legendary three words.  Soon she finds that she is not the only one after the job and it’s a battle to see who will ultimately be the next voice to lead a generation.

There are a lot of great pieces to this film and so many of the pieces fit just right in a way that the film just works.  Stand out performances from Demetri Martin and Rob Corddry especially stand out to me as key players to the ultimate success overall.  Bell has something about her as well that is able to carry a film and the emotional responsibility that comes with substance. 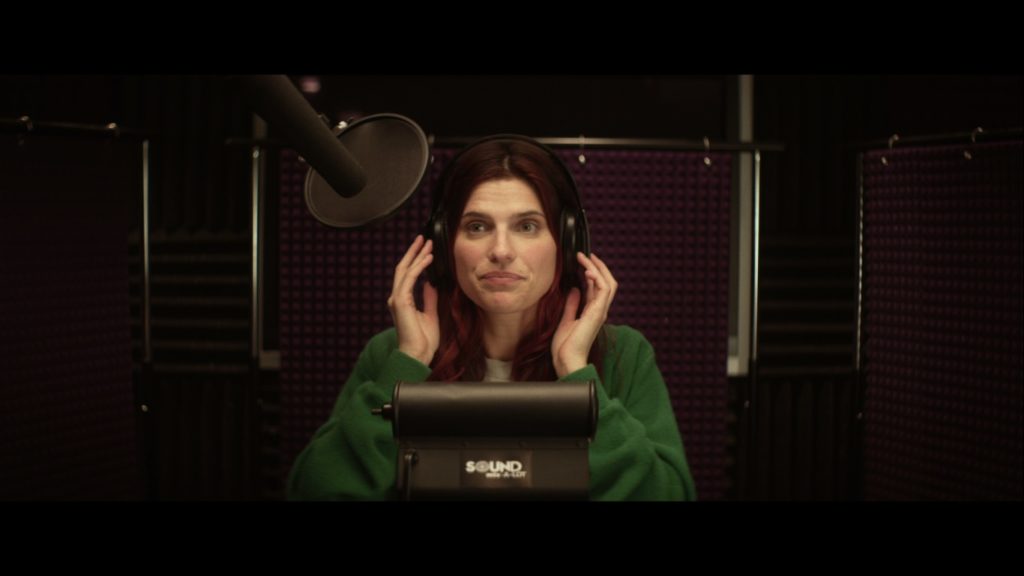 Bell seems to make smart decisions all around.  In this particular category, Bell chooses to veer from the traditional filming you might see with a Comedy and give the overall look a more dramatic feel. This helps the film get a sense of purpose and direction most comedies fail to achieve.  She also manages to do this without coming off cliché or in-genuine.  I have previously only viewed this film on NETFLIX and watching on Blu-ray did feel much better.  It has a more gritty feel, almost as if you can just reach out and touch it.  Filmed using the Red Epic, the film soars above most films that are this independent in the way it looks and feels. 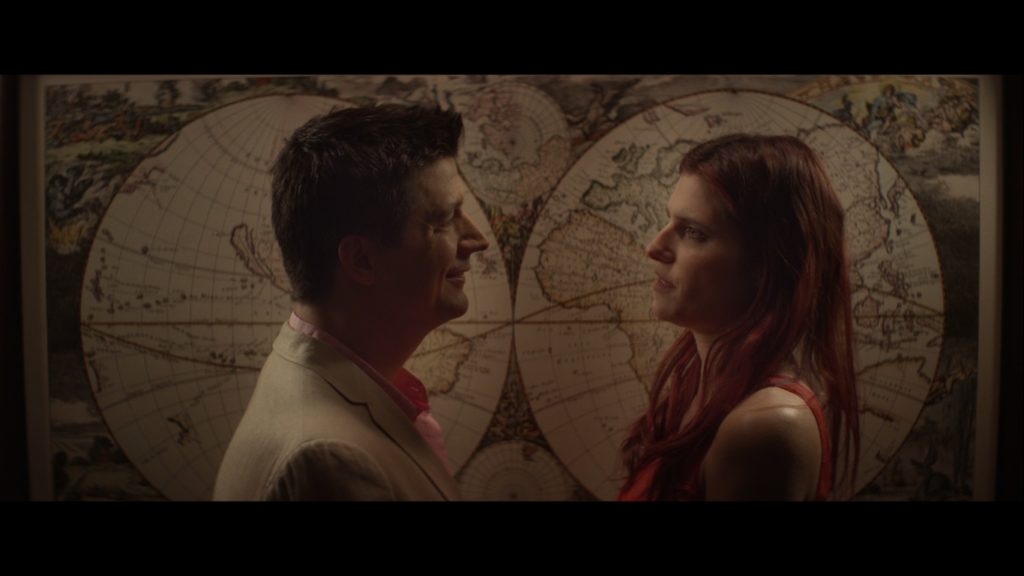 Seeing how this film is all about sound and the impact it can have on film, this film does well to invoke its own subject matter successfully.  Bell brought in veteran musician and frequent composer Ryan Miller of Guster to help bring this film together.  Miller, having experience in bringing an indie comedy together before with such films as Safety Not Guaranteed and The Kings of Summer, had no problems handling the quirky first-time film from Bell.  The film seemed mixed well enough and I was happily able to set the remote far away without having to adjust the audio accordingly. 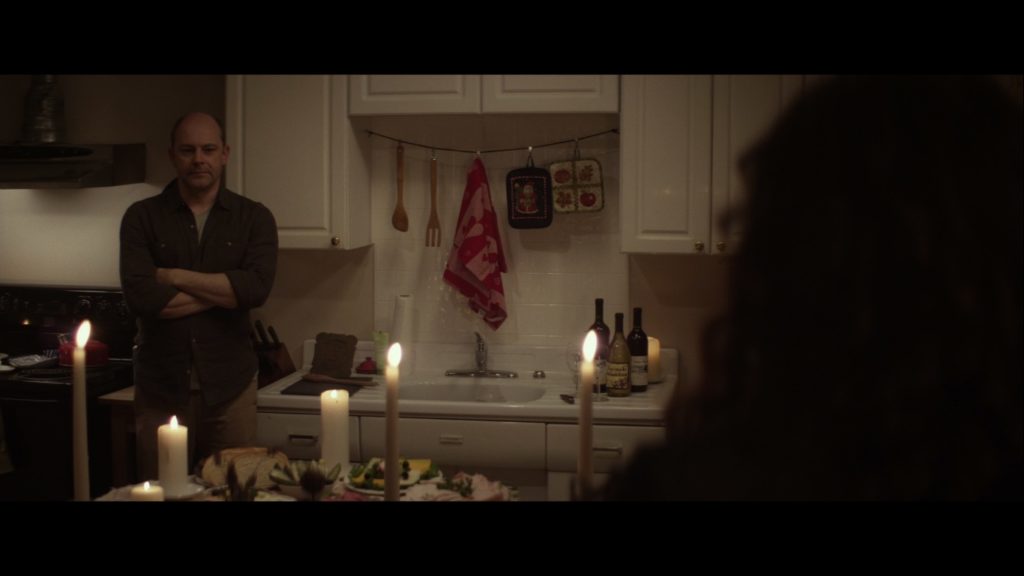 This is the one part where I was really left wanting for more.  The case for In a World is just kind of meh.  We have an average eco-case with some pleasant yet typical artwork for the subject matter.  The film doesn’t come with a lot of extras.  No second disc, No DVD version, and no Digital Copy.  I understand to an extent that the movie was independent and had a small budget but I am still let down with the overall packaging and choices made for the Blu-ray release. However, there is something to be said about the included artwork not only on the disc itself but on the inside of the case.  This brings some balance to the edition and overall keeps the quality at just above the average for standard Blu-Ray releases. 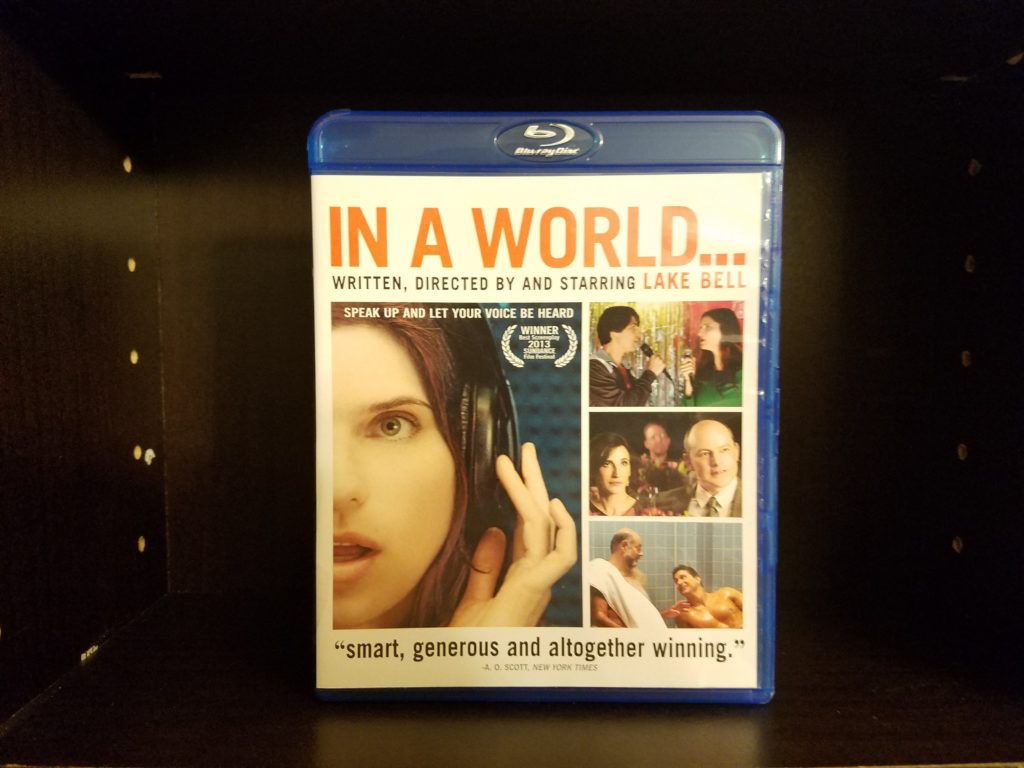 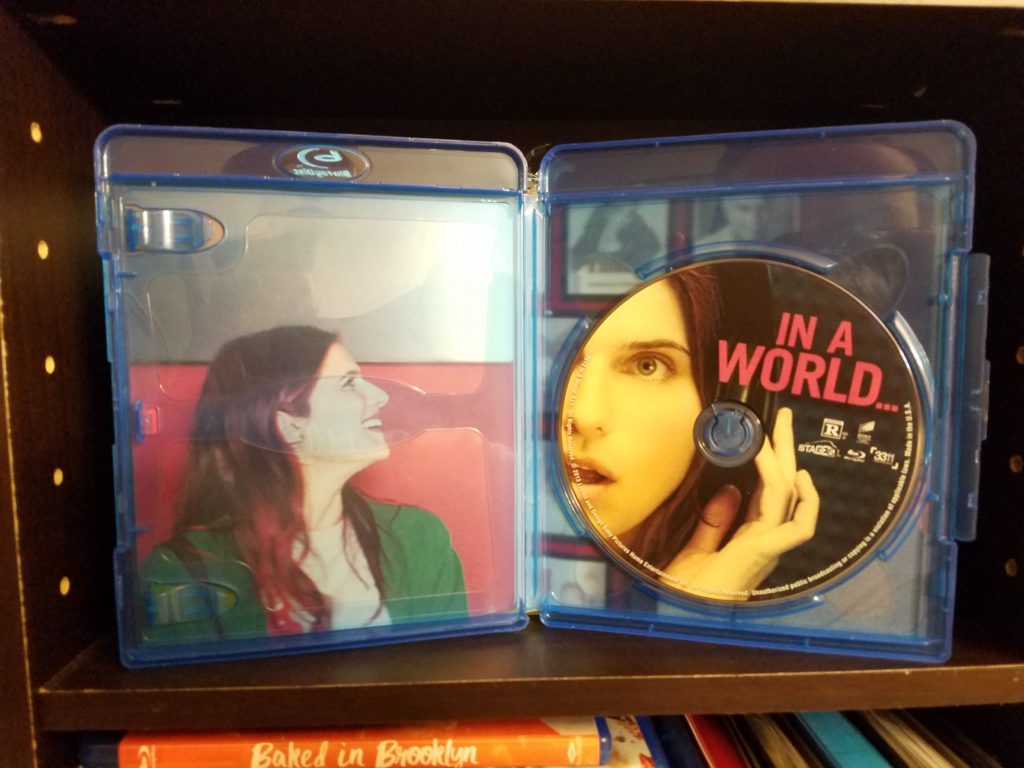 With such an unknown film like this, you really do not expect much in the way of special features.  Although with the way releases have been coming out even the big budget Hollywood films have been lacking.  So needless to say I was not all that surprised to see that the features included were, well, scarce.  The Special Features included are as follows: 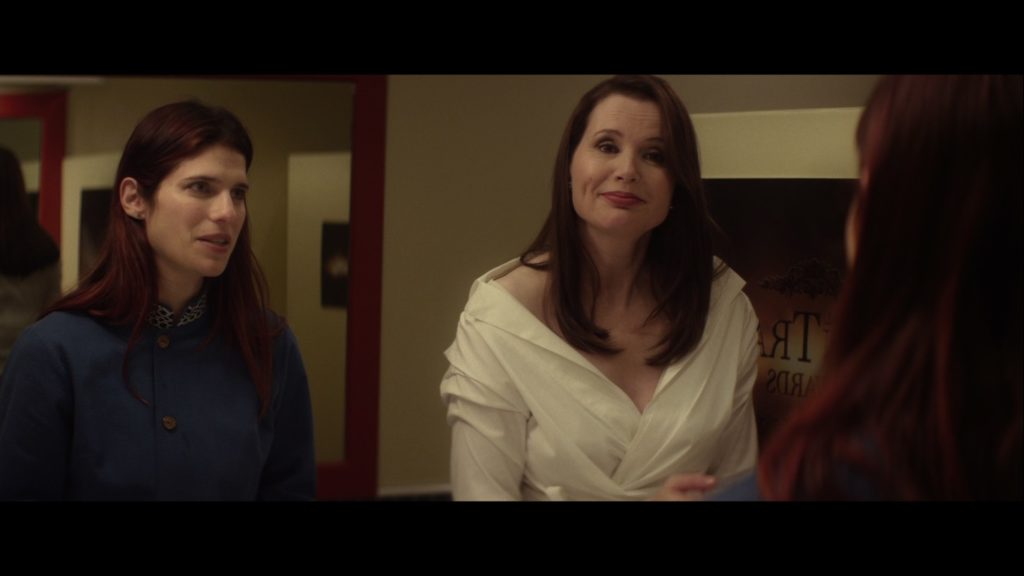 In A World, offers an original story with a fresh style of humor.  This film takes you on a roller coaster of feelings from betrayal, laughter, and being on the edge of the seat from one moment to the next you really don’t know what to expect.  Plus there is that “it “ quality that Bell has that you can’t manufacture.  It makes the whole endeavor seem oddly genuine and unlike like most Hollywood comedies and dramas.  Bell made some seriously smart choices with this film right out of the gate and if her body of work is even half as good as this one film we have great things coming from her in the future.   It’s hard to look away, due to how electric and addicting the characters are. I genuinely want more of Rob Corddry’s character because he seems so real I want to see what happens next, and he is a side character with a side story!! This film will make a great addition to any collection and you can purchase this edition HERE.