Ice Age: Collision Course is a 2016 American 3D animated comedy adventure film that was directed by Mike Thurmeier and Galen Tan Chu.  Produced by Blue Sky Studios, this film is the fifth installment of the Ice Age series and serves as a sequel to Ice Age: Continental Drift.  Featuring voice acting from Ray Romano, John Leguizamo, Denis Leary, Queen Latifah, Keke Palmer, Jennifer Lopez and Simon Pegg and their reprisal of their original roles; and features voices of new actors that include Adam DeVine, Nick Offerman, Melissa Rauch, and Neil deGrasse Tyson.  Making its US theatrical debut in July of 2016, the film overall received negative reviews and grossed $403 million worldwide.

Scrat, that insane little squirrel from all of the earlier films is now stuck in a situation where he’s trying to bury the acorn that he’s been carrying around.  However he unfortunately activates an abandoned alien spaceship that hurls him into deep space where he unwittingly sends a series of asteroids directly for planet Earth.  Meanwhile on Earth, the crew are going through their routine issues that come with living.  Manny is worried about his daughter, Sid and his ongoing life issues, you know, day to day things.  The crew do experience a brief asteroid shower hitting the planet and they find themselves trying to escape the possibility of travesty allowing them to continue about their daily activities.  Will they make it, or will they finally bring this series to a complete halt by some way find a way to subtly hint at the demise of all of the characters we’ve all seen and loved throughout our lives? 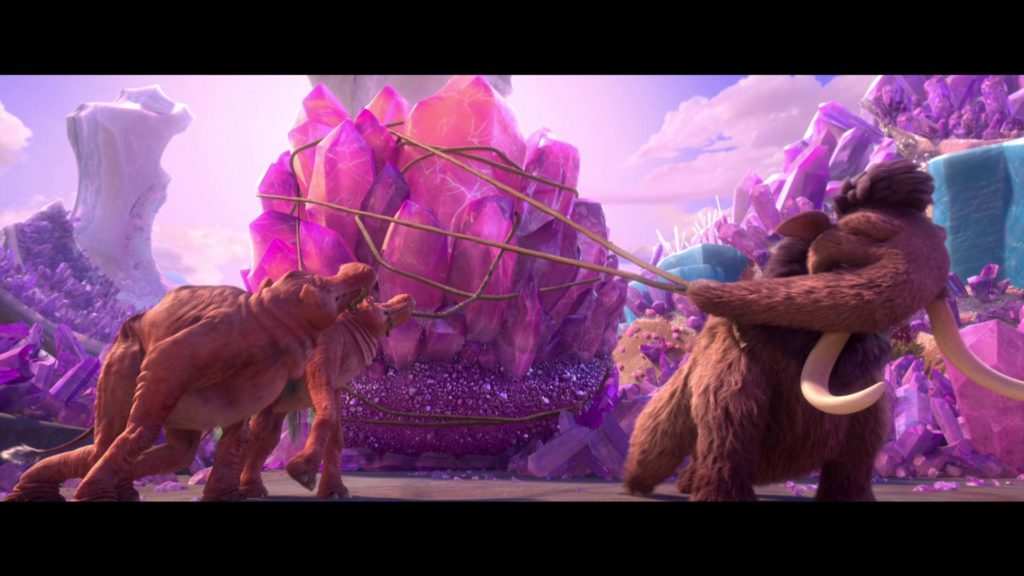 After watching Ice Age: Collision Course, I found myself questioning exactly why I wasted my money picking this film up.  I mean, I have the earlier films on Blu-ray because I liked them for what they were, and of course I have that obligation of wanting to have a complete series when I have the earlier films, but holy hell, I didn’t care for this film at all.  It felt as if they were trying too hard to be a children’s movie whereas the earlier films had that natural flow to them.  The only reason I opted to give this film a two was simply because I can’t get enough of the Scrat portions.

Considering the last time an Ice Age movie came out was in 2012, they should have either left the series as it was or not forced the childish moments down our throats and I feel it would’ve done a lot better. 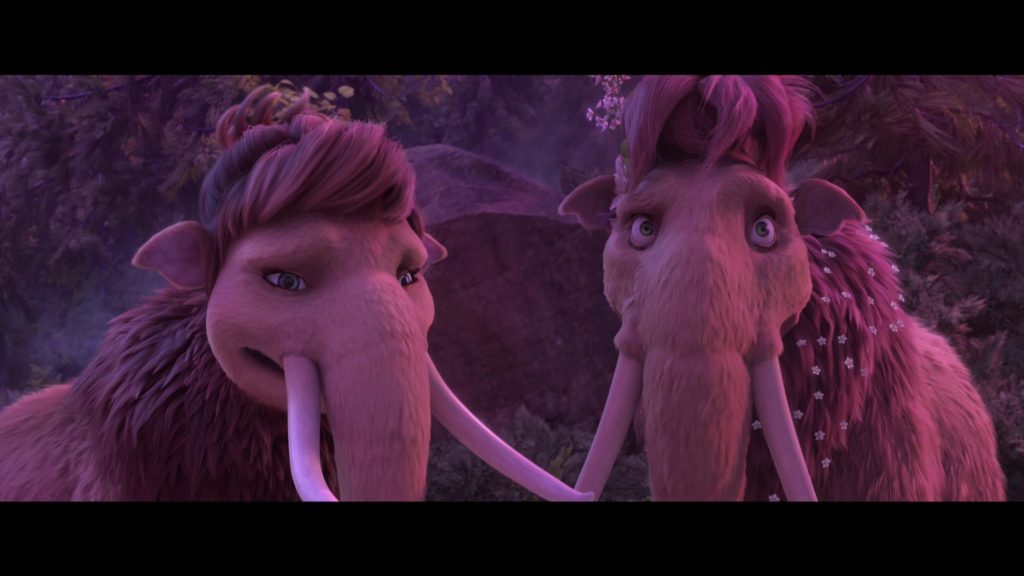 While I am personally fan of 4K UHD and the benefits it offers for home theater, Ice Age: Collision Course did not need a UHD release.  Considering that graphics in films such as this are only rendered in 2K, it didn’t benefit from the new format much at all.  The use of HDR was pretty decent as it allowed for some really robust colorization in the visual presentation.  Overall, the film itself looked really nice on my television; the colors were great, the lines were crisp and had little to no visual distortion whatsoever. Still, it’s just not worth a UHD purchase, as the Blu-ray looks equally as good. 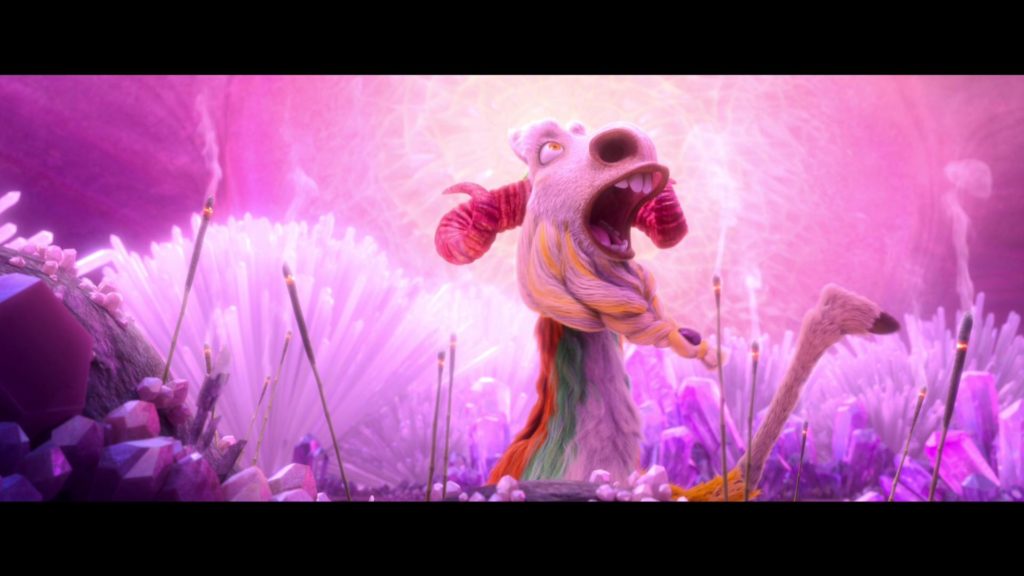 Sporting a Dolby Atmos track, Ice Age: Collision Course sounded beautiful as it came through my home theater system.  However, I’m still trying to figure out exactly why this film came with an Atmos track considering there was no need for any elevation aspect to it.  The only audible moments I caught coming out of the elevation speakers that I was able to make out was that of the asteroids.  But don’t let my personal question on that fact deter from the fact that the sound presentation was simply beautiful.  Everything was crisp, clear and completely understandable without any adjustment of the volume levels. 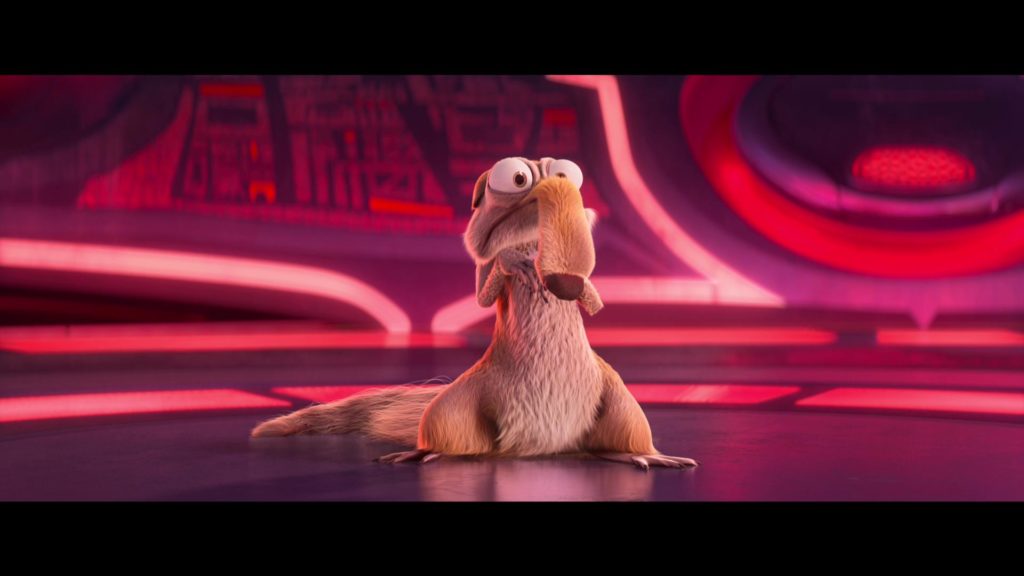 Ice Age: Collision Course comes packaged in your standard 4k UHD amaray case.  Included within this release is the standard UHD Blu-ray disc, the standard Blu-ray disc as well as a digital code redemption pamphlet allowing you to add this film to your digital library.

Surprisingly enough, Ice Age: Collision Course does come with a single additional item on the UHD disc which hasn’t been much of a commodity with UHD releases as of yet.  Included on the UHD disc is the mini-movie titled Scrat: Spaced Out.  However, the included Blu-ray disc does include the majority of the additional content, included on that disc is: 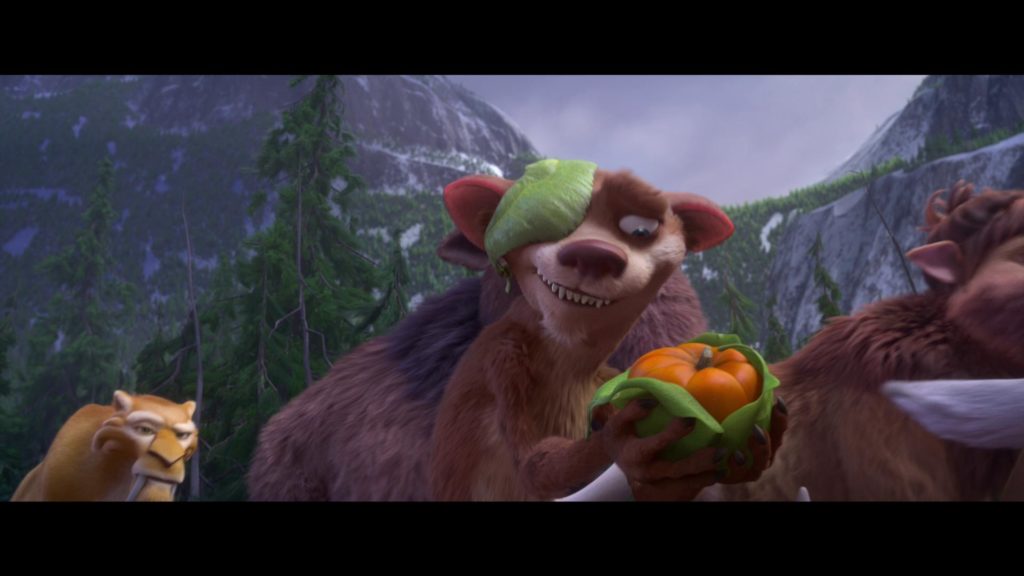 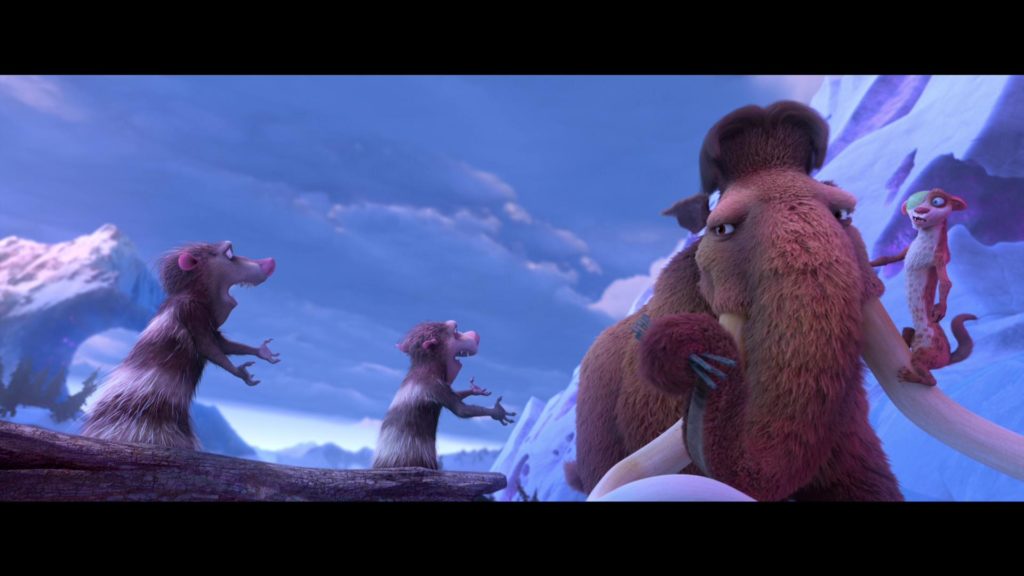 I really do miss the times when children’s movies didn’t force the kid-friendly aspects down your throat.  With Ice Age: Collision Course, it all felt too forced and really deterred from what I enjoyed about the Ice Age series as a whole.  I’m sure if I had a child of my own, I’d be looking at this film in a completely different light.  The presentation that it offered wasn’t bad at all, the visual aspects of it were really great, and it had a very bright color palette.  The audio of this release was completely perfect and was exactly what I would expect with a 4K UHD release.  However with Ice Age: Collision Course, if you are looking to pick this up, save yourself a few dollars and go with the standard Blu-ray release as the 4K UHD disc doesn’t offer that much in differences with the new format. 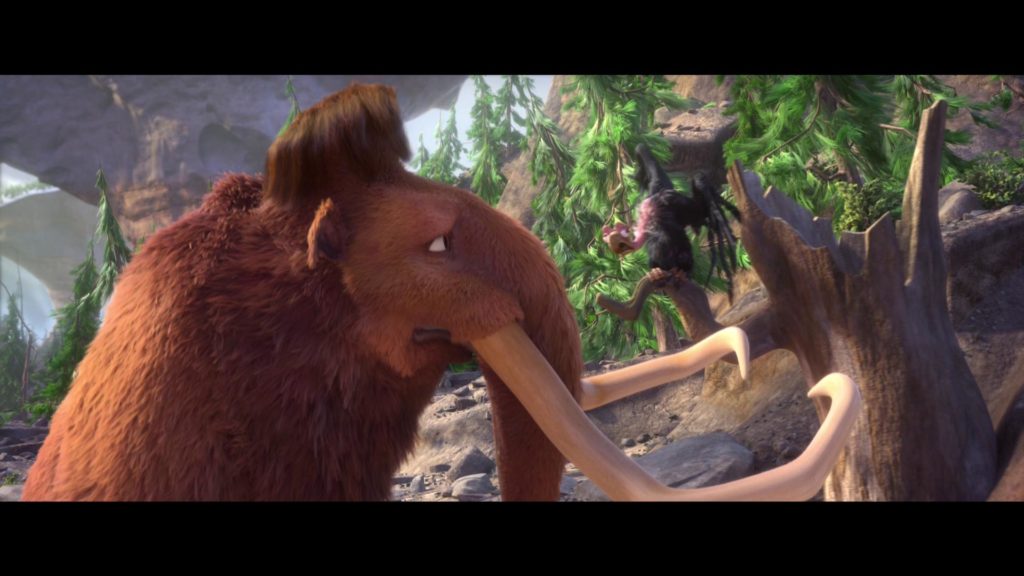