Our friends at the Criterion Collection recently released the 1965 Italian film, I Knew Her Well. The film was directed by Antonio Pietrangeli, a name whom you might know better if not for his 1968 death. Before we get too far into this review, I must say I am a bit of a Criterion fanboy. I love what they do and how they do it. Without them, I fear so many great films would be lost to that cruel maiden known as time. That being said, I do not love all of the films that Criterion has released, and, while I respect the artist and the vision, there are genres and directors that I will not add to my personal collection.

When I Knew Her Well was announced, I was pulled in two directions. The summary and description of the film were both alluring and mysterious. However, I had that cynical side saying this was going to be nothing more than a typical black-and-white, 1960s romp, where the contents and any jokes would be ineffective because of both time and distance. If nothing else, my interest was piqued. Late last month, feeling lucky, I added this film as part of my haul from the Criterion.com Flash Sale. 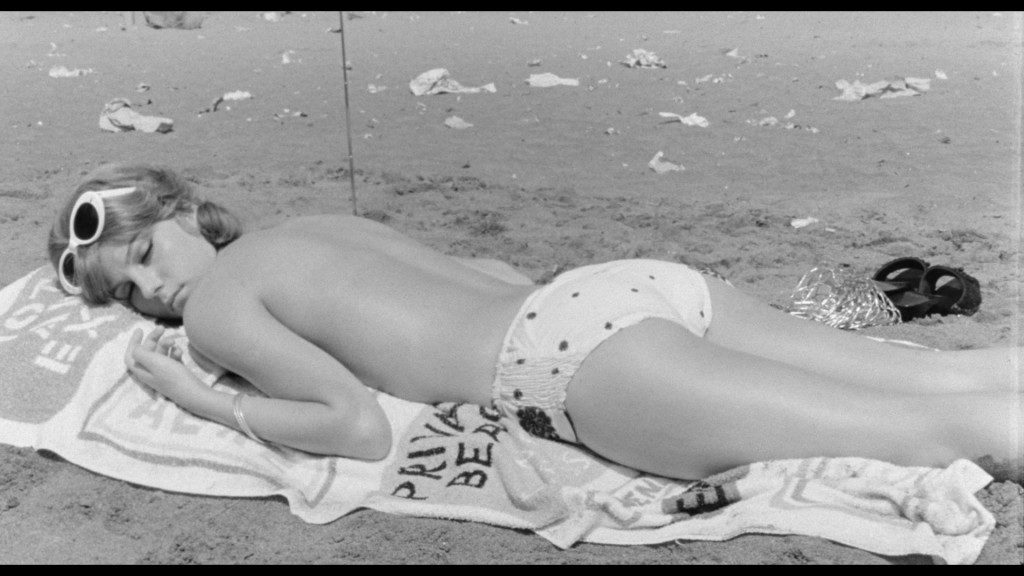 In the film’s opening scene, a backdrop for the credits, no less, a trash-covered beach stands in strong contradistinction to a quite attractive young lady, obliviously sunbathing and listening to the radio. Instantly, I think one of two scenarios: either this film is deep and filled with great mise en scene, or I wasted my money and, over the next one hundred or so minutes, my time.  Spoiler alert: it was the former, not the latter. The main character, Adriana, is a carefree, careless spirit bouncing through life. She makes the move from the country to the big city of Rome with hopes of making as an actress. There are two things which I Knew Her Well excels at: irony and mise en scene.

At the risk of sounding cliche, every frame of this film was carefully crafted and confirmed a plot point or introduced an element of irony or juxtaposition that helped to fully engage the viewer. In the screenshot below, the director is presenting the viewer with so much information that dialogue alone could not convey the story. Adriana has been ditched by a lover and, now, must pay for the hotel bill. The blonde-haired hotel employee is the polar opposite of our heroine, and there is a great literal (the stair rail), and figurative divide between the similarly-aged young women. As well the forlorn, longing look at the hotel’s cash register further exhibits the confusion and dread that she must have been feeling. The film features shots that are empathetic to our heroine and her adventures, acting to re-affirm her emotions; whereas, there are sympathetic shots which act to make the viewer feel the exact same thing as Adriana and act to draw the audience in. Upon first viewing, I thought this was a bold decision made by the director, but, at the film’s conclusion, this tactic must be lauded for both frequency and effectiveness. 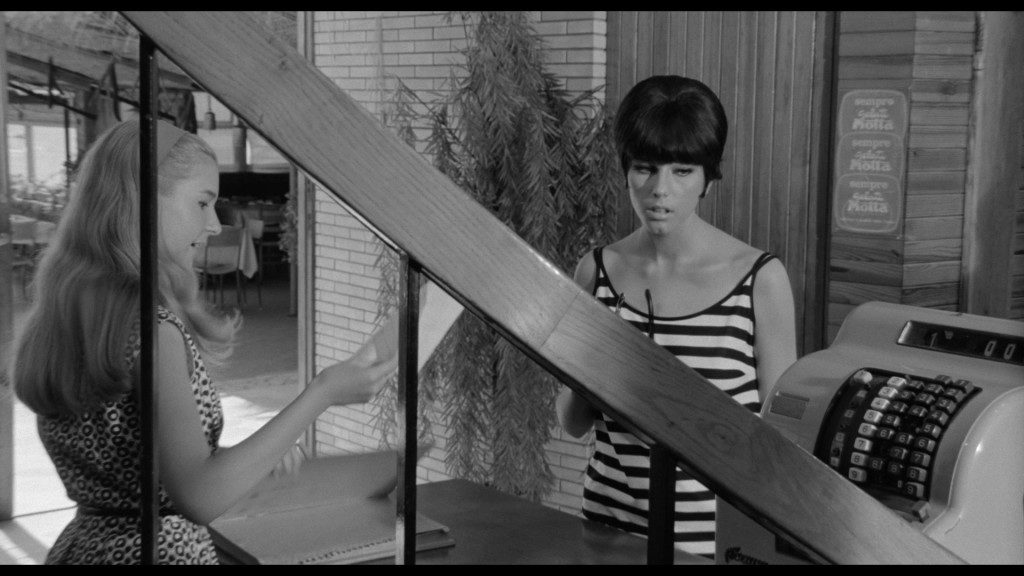 Another strong element of this film was the irony or paradox. I will tread lightly in expounding upon this because I feel that this use of irony is the true driving force of the film, and I do not want to reveal too much about the plot. I will highlight one example. At one point, a police inspector chastises Adriana because she does not know the last name of a recent lover. In a very fatherly manner, he tells her that she should not throw herself physically at a man with whom she knows so little. When she encounters the next potential mate, she stops the young man mid-sentence to ask his last name. In her mind, the police inspector asked her to learn more about these men, highlighting her inability to recall one’s last name, so she can rectify the problem by, early on, learning the last name, which was, obviously, not his point in the slightest. 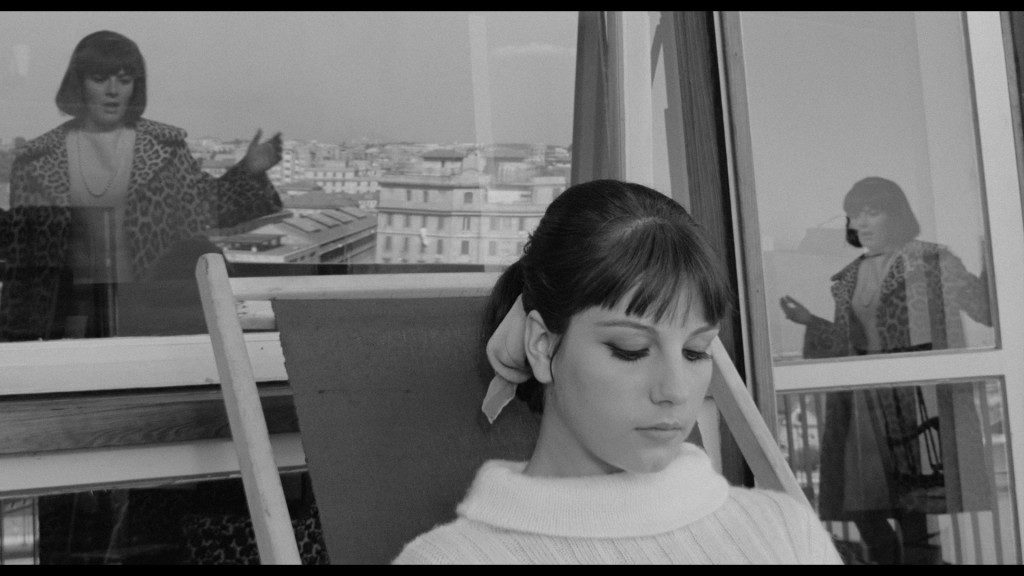 I Knew Her Well is not your run-of-the-mill, coming of age movie. At any point, this film could have been crushed under the weight of its own irony and seemingly tired story. There was great detail played to the use of humor, as a means of maintaining a light mood in the film’s first act. The frequency wanes, replacing the irony-based humor with a forlorn sense of satire. The pacing of the film is consistent throughout, as most of these types of films get carried away upon nearing the end. As well, there are many different forces going against one another: misogyny versus feminism, haves versus have-nots, maturity versus immaturity, love versus lust, change versus preservation, et cetera. It also serves as a mouthpiece against the then-current state of Italian film politics.

However, the film is not a smash hit, as time and distance have not been the kindest to it. There are a lot of things that the viewer must accept at face-value because both the film is forty years old and the Italian/European culture is so different from the United States. I feel as though there may have been even more subtlety, humor, and satire that failed to make the trip out of the 1960s. It is a good idea, upon first viewing, to just accept those things at face-value until the movie gives you a reason to not do so. As such, something will be lost along the way. What? I still do not have a clue, but, as well done as the rest of the film proved to be, I know it must be there. 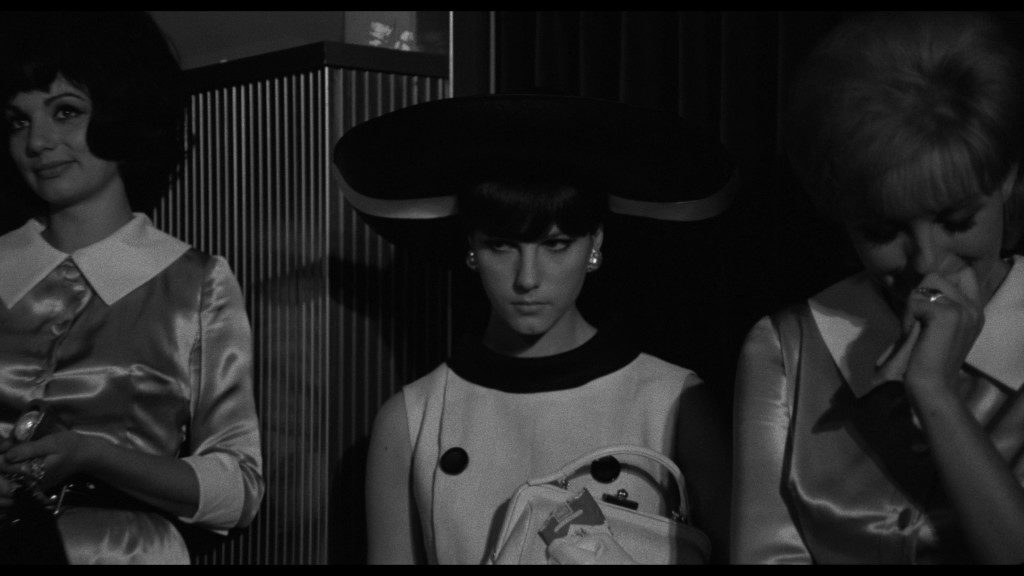 If nothing else, the beauty of Adriana, played by Stefania Sandrelli, is almost enchanting. There were moments where the fourth wall was collapsed and her longing stare was almost enough to make you blush. However, there was no nudity, at all, in the film. I think such an inclusion would have demolished any desire or empathy the viewer could have for our heroine. She is a party girl, but she also has a fluttering moral compass and a strong sense of manners. She may not always make the greatest choice for herself, but she is mostly headed in the right direction. This film has a strong screenplay, acute acting, and daring direction. With such a strong backbone, it is easy to see how and why Criterion made this their 801st spine.

The Blu-ray disc contains a 4K digital restoration which produces an impeccable 1080p picture.. The film is free of scratches, hair, trash,  or “cigarette burns.” The black and white picture is stunningly clean with just the right amount of film grain. I could not imagine seeing the film in 1965, and it look any better than it does today. Going, going, gone; it’s a home run. The Criterion crew does it again. 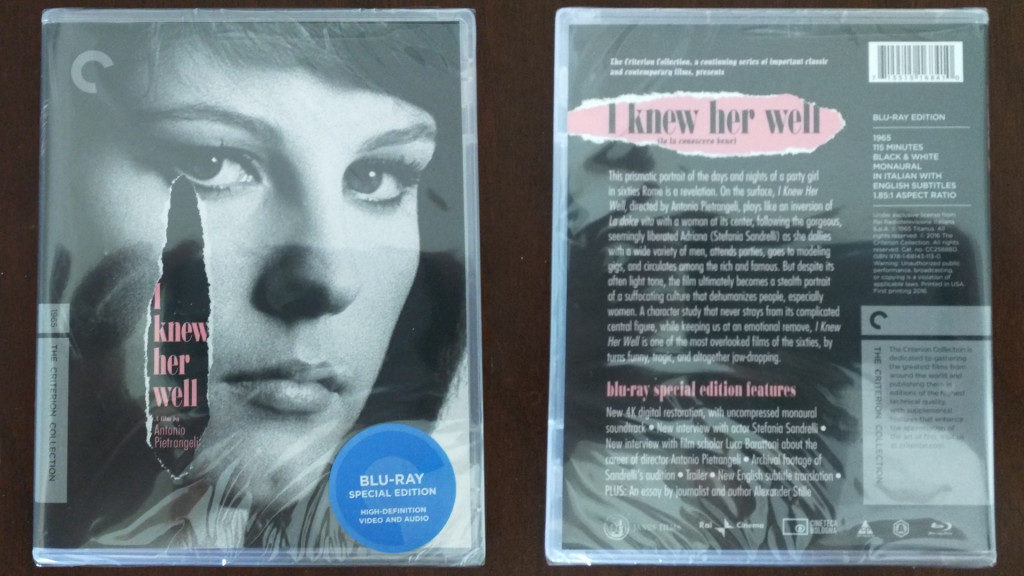 The film is presented with uncompressed monaural sound. The dialogue is clear, and the music sounds radio quality. Some sound effects are disproportionately loud, i.e. sandals walking on wood planks. I cannot discern whether that was a limitation of the original sound recording or the soundtrack initially provided to Criterion. It was distracting when it occurred.

The English subtitles were flawless, I think. I do not know Italian, so I cannot speak to their accuracy. However, there were scenes where the radio would play in the background while two characters carried on a conversation. This could have been subtitle overload, but there was great care in pulling out the radio lyrics which were relevant to the story and leaving the rest. The subtitles were spaced well enough that you were not glued to the bottom of the screen and could take in the magnificent mise en scene. 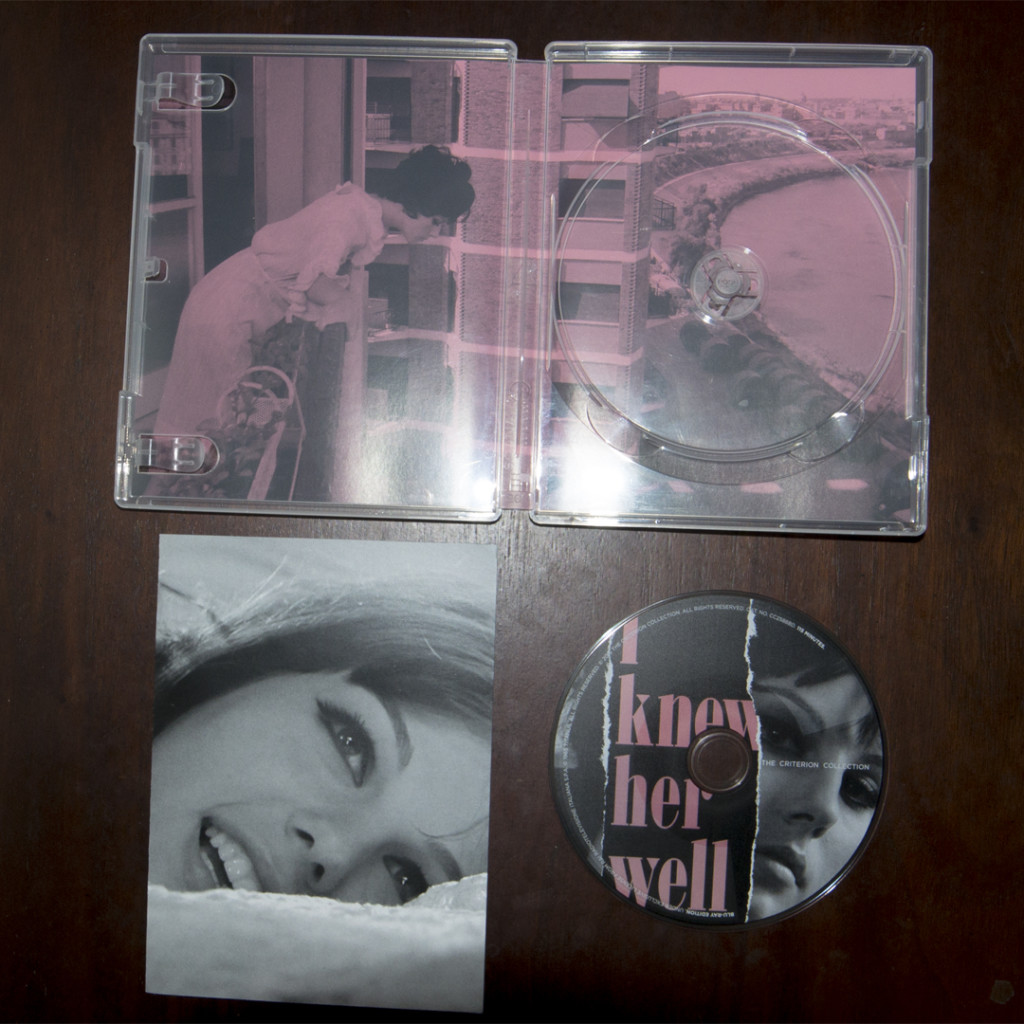 One of Criterion’s trademarks is the inclusion of a plethora of special features, and I Knew Her Well is no exception. The insert contains a essay that covers the significance of the film and the time period. There is an audition tape featuring Stefania Sandrelli, trailer, and an interview of a film scholar discussing this work as well as the director’s other projects. As well, Sandrelli is featured in a recent interview. The packaging is top-notch, and it is what we have come to expect from the Criterion Collection. As with most films, I would hold off on the special features until you have one viewing under your belt, especially considering Sandrelli uses the majority of her interview discussing the subtleties of her character.  It is very insightful and interesting, but it may ruin the film. The director, Antonio Pietrangeli, died in 1968, and this limited the special features in quantity, not in quality.

I Knew Her Well is a great look at the troubled state of affairs in the youth and economics of 1960s Italy. The cinematography is meticulous and awe-inspiring. However, the film suffers mildly from how antiquated it is. If you are a Criterion collector, I think this film should move near the top of your wish list. Either way, I would warn you that this is a very technical film. Based on its new found availability, I could see this film becoming a staple of introductory film classes. That may scare some off, but, if that doesn’t, this film is worthy of a slot in your collection. I wish Pietrangeli had not died so early: I would have loved to see what else he could have made. Again, Criterion, in scouring the fringes of lost films, uncovered a diamond in the rough, only to polish it off, and return it to like-new status.