I Kill Giants is a 2017 internationally co-produced fantasy action drama horror film that was directed by Anders Walter with a screenplay written by Joe Kelly, and is based on Kelly and Ken Niimura’s graphic novel of the same name. The film stars Madison Wolfe, Imogen Poots, Sydney Wade, Rory Jackson, and Zoe Saldana.

Centralizing itself around Barbara Thornson; she is a young, independent teenager who lives with her brother and supportive older sister, Karen. Barbara has created a fantasy world that was inspired by her love of Dungeons & Dragons, and the career of former Phillies pitcher, Harry Covaleski. Believing that giants from other worlds are coming to attack her hometown, she spends her days crafting weapons and traps to try and fend off the creatures.

According to the review aggregator, Rotten Tomatoes, the film holds an overall approval rating of 79% based on the 42 reviews that have been submitted, with an average rating of 6.4/10. The overall critical consensus reads, “I Kill Giants‘ moody magical realism sometimes slips into the mundane, but impressive CGI and a powerhouse performance by Madison Wolfe pack an unexpected punch.” 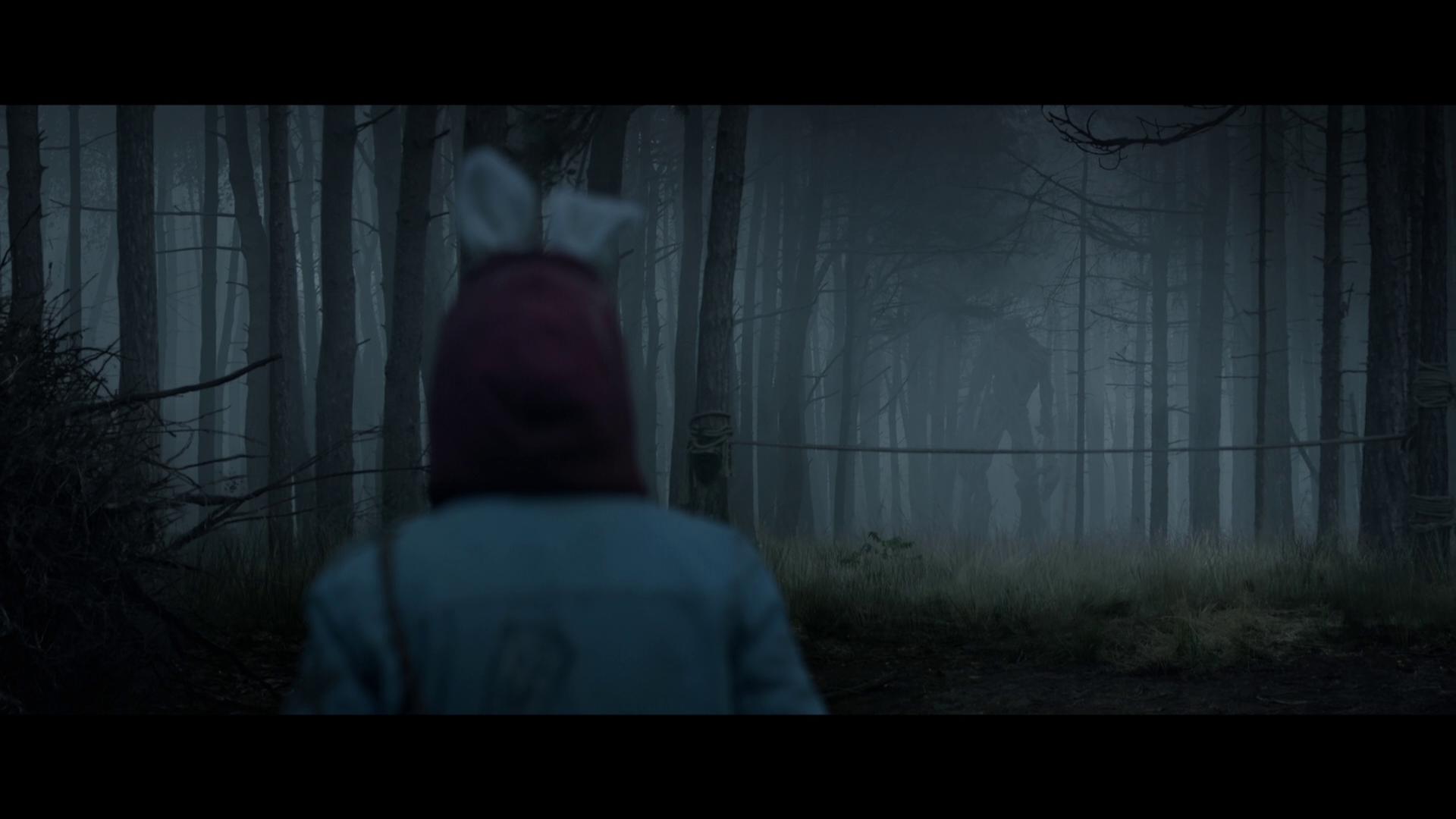 I Kill Giants is a movie that offers a considerably emotional, yet very magical and realistic experience that does a really, really great job at grabbing your attention from the beginning and keeping hold of it to the end.  Not only does it offer an interesting concept that takes you right into the imagination of the main character, but it offers a slight twist that neither my wife nor I saw coming up until the end of the film.  During the first half to three-quarters of the storyline, we found ourselves questioning if whether or not there was a hidden message for mental health issues with the young girl, only to find out that it was something completely different that was fueling her quest to kill the proverbial Giants.  And even then, once that particular event occurs, the movie does a solid job at conveying empathy for the girl and everything becomes much more clearer. 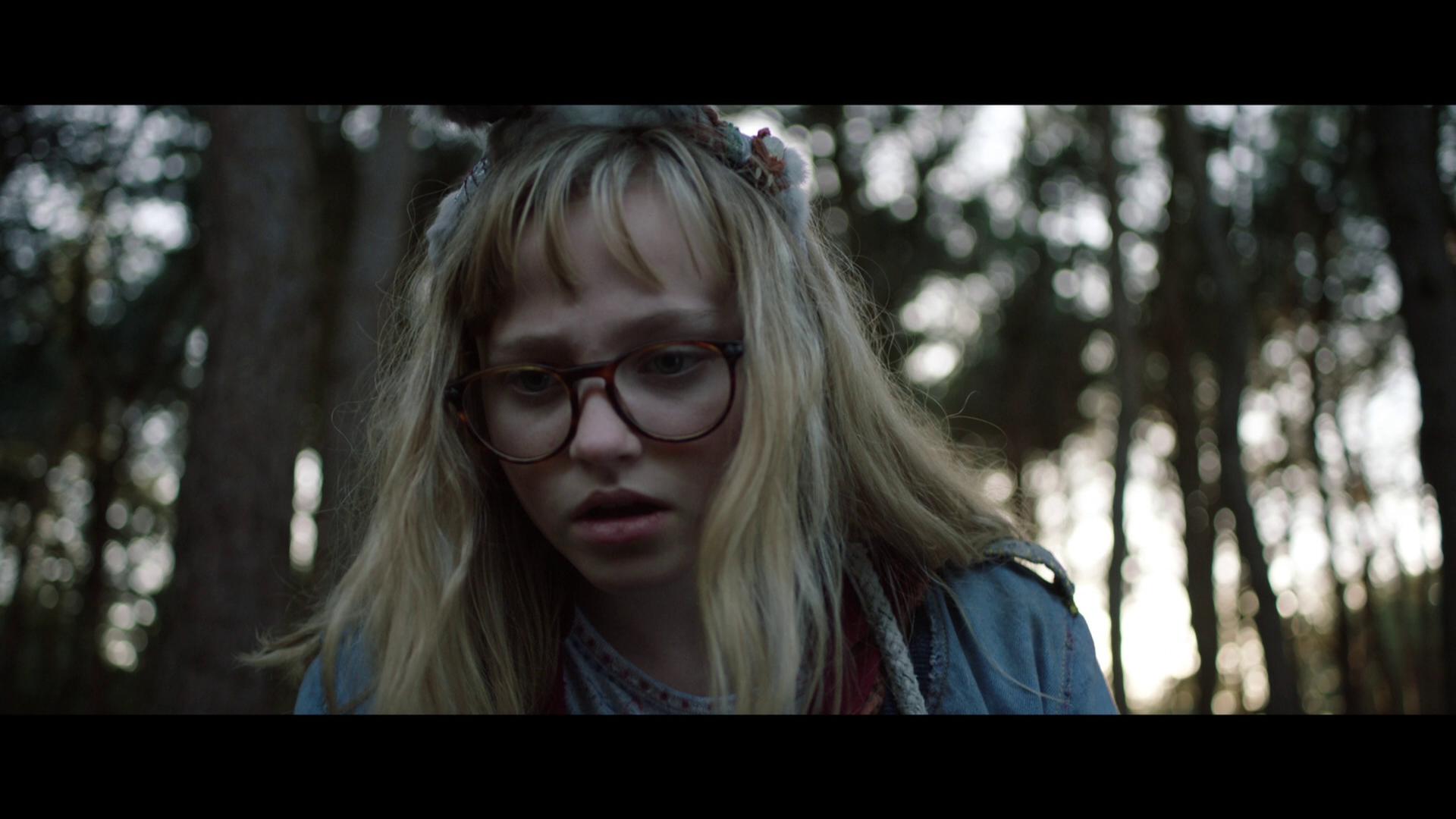 The overall visual presentation of the Blu-ray release of I Kill Giants was considerably clean and overall it does a nice job at presenting the story in a way that allows for almost everything to be seen.  The CGI and integration of the fictitious characters was smoothly done and allowed for them to ultimately feel real as the film progressed.  The only issue that we personally had as we watched through this movie was that there were a handful of lower-lit scenes that didn’t include enough ambient lighting to make everything visually understandable and required some additional focus to see and understand what was going on at that given moment.  However, those particular sequences were pretty minimal in length and allowed for everything to transition back to “normal” pretty quickly. 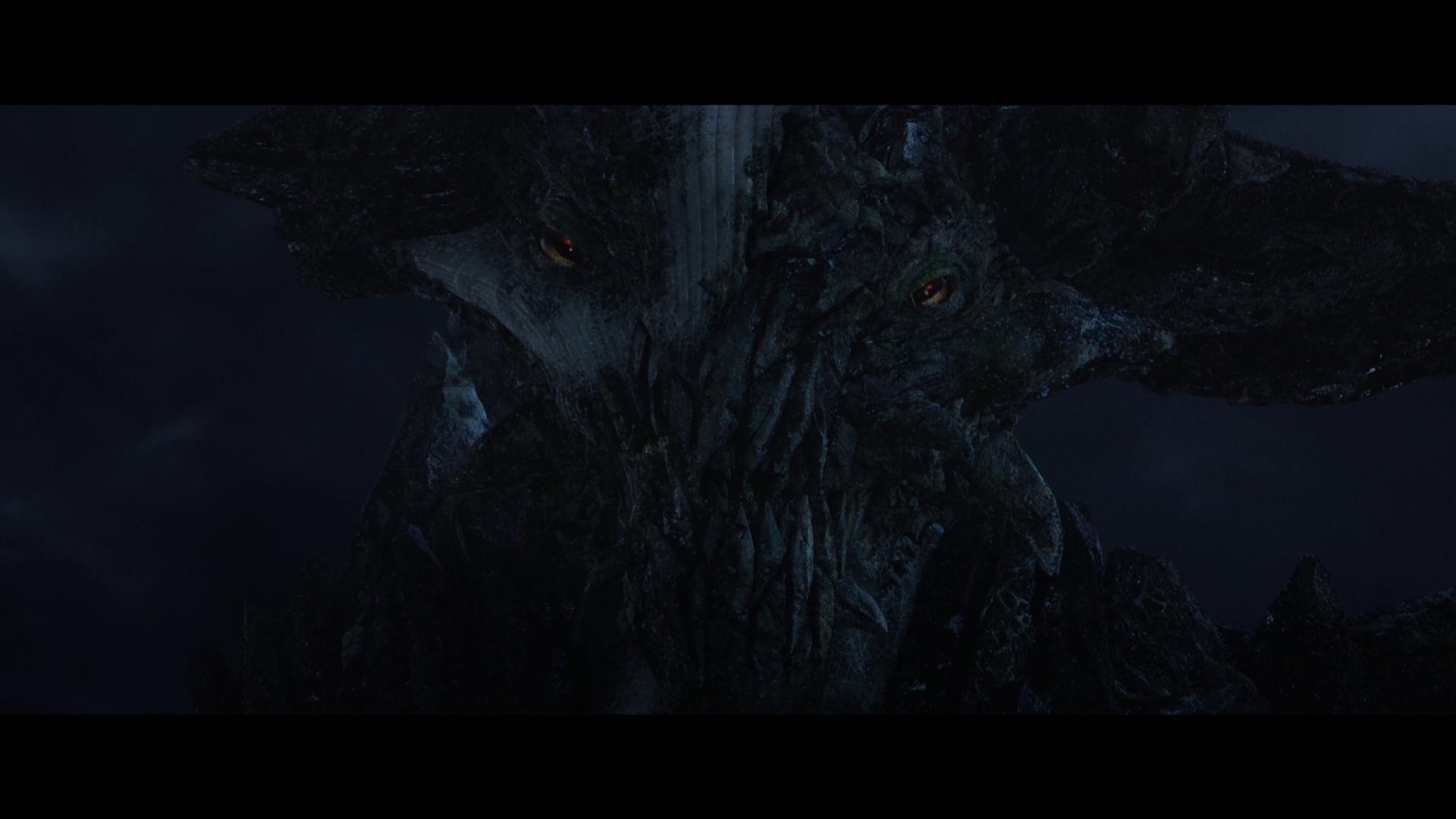 Bundled with an English DTS-HD Master Audio 5.1 audio track, I Kill Giants does everything that it can within its power to offer an all out immersive experience for its viewers.  While the front and rear channels were clean and crisp, I feel that this movie would have done significantly better had it included the surround channels.  The bass offers a very powerful experience during the various moments that really needed that added emphasis in conveying what was happening on screen.  The Blu-ray release has proper acknowledgement of the camera positioning as the transition from the front to rear, and back was smooth and really added to the overall experience.  Dialogue in the very beginning of the film was quiet as it plays into the personality that follows the young girl, but as the story progresses, it becomes louder and much clearer, allowing everything to be heard and understood.

The Blu-ray release of I Kill Giants comes packaged in your standard single-disc Blu-ray amaray case.  Within that case is the standard Blu-ray copy of the film, the disc featuring the same piece of artwork that’s been provided on the case art.  There are no DVD copies of the film included in this package nor are there any digital copy redemption pamphlets.  There is a slipcover that’s been included in the original pressing of the release that features the same piece of artwork that’s provided on the case art. 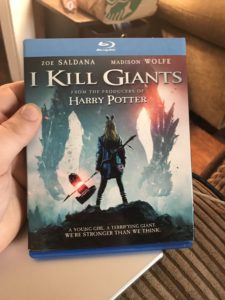 There are a few special features that have been included on the Blu-ray release of I Kill Giants offers a really nice look at the making of the film, showing some of the work that went into making the film at hand as well as some exploration into the story of the film.  While there’s only a few items that have been included, I do feel that the content that has been provided was pretty nicely done and the only thing I could really ask for in addition to these features would have to be a feature audio commentary from at least one person involved with the making of this movie.  Included with this release is: 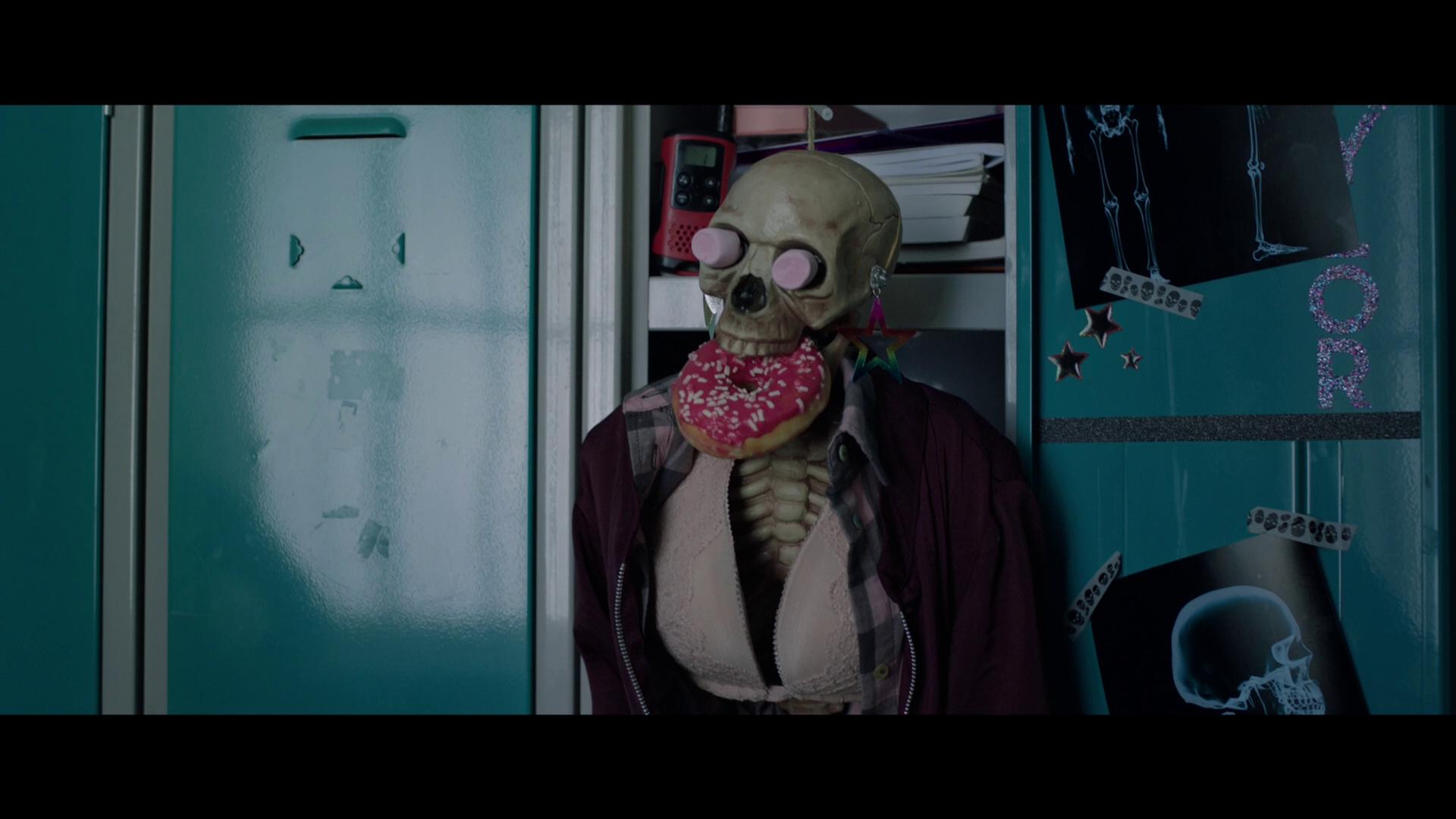 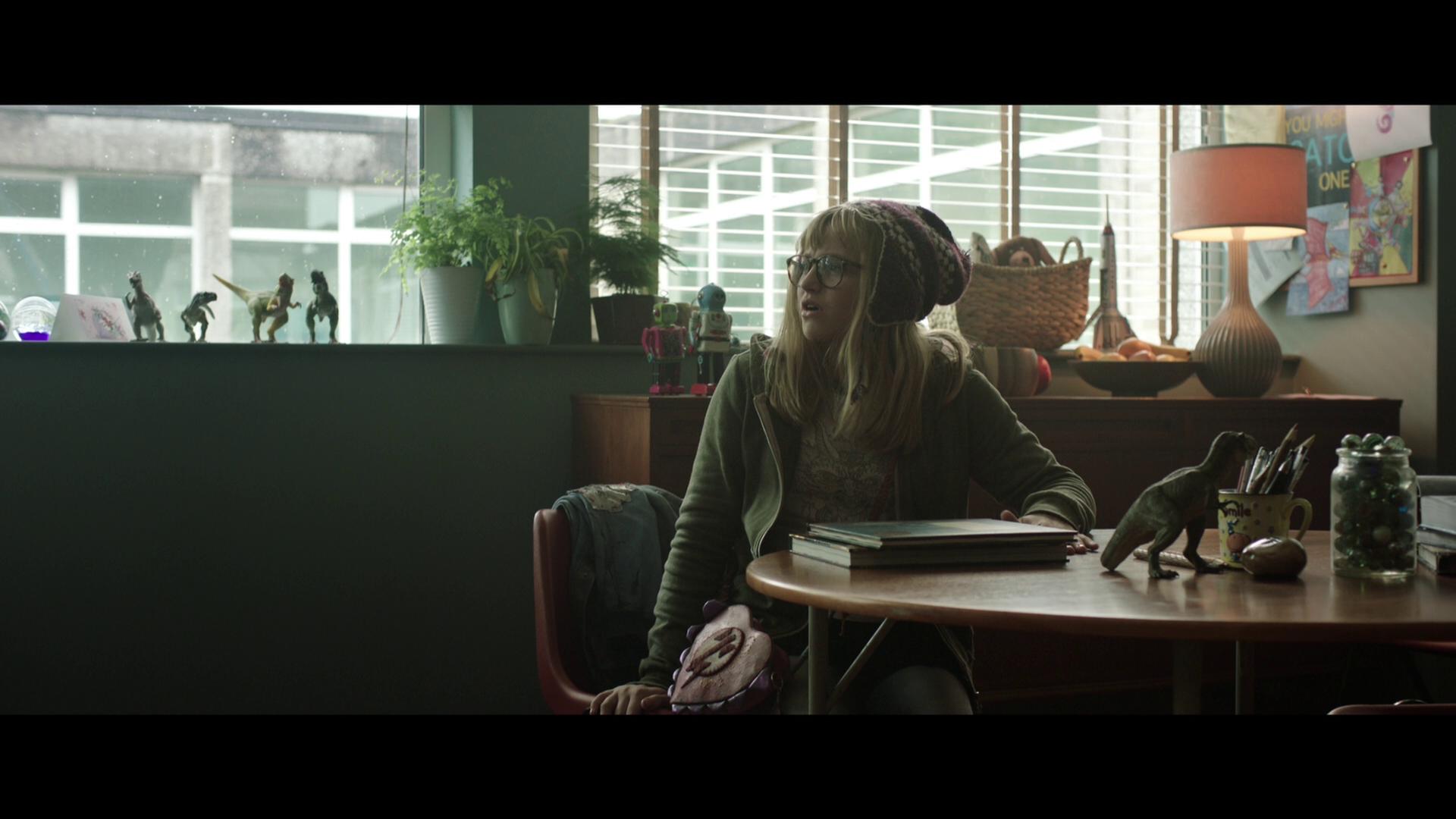 Overall, I was really happy that we were given the opportunity to sit down and explore I Kill Giants.  Both my wife and I went into this film completely blind and ended up thoroughly enjoying it, despite the turn of events that changed our overall train of thought as the film reached its conclusion.  The overall presentation of the Blu-ray release was really nicely done, despite the fact that I think it should have been packaged with a 7.1 audio mix for better immersion.  Special features, while minimal, were nicely done and offered a deeper look into the film.  If you’re considering grabbing this movie for your collection, I would absolutely recommend it.  I Kill Giants will be available on Blu-ray and DVD beginning on Tuesday, May 22, 2018.  Also, if you’re following our page on Instagram, you can also enter for your chance to win a copy of I Kill Giants.  Just be sure to follow the instructions outlined in the post. 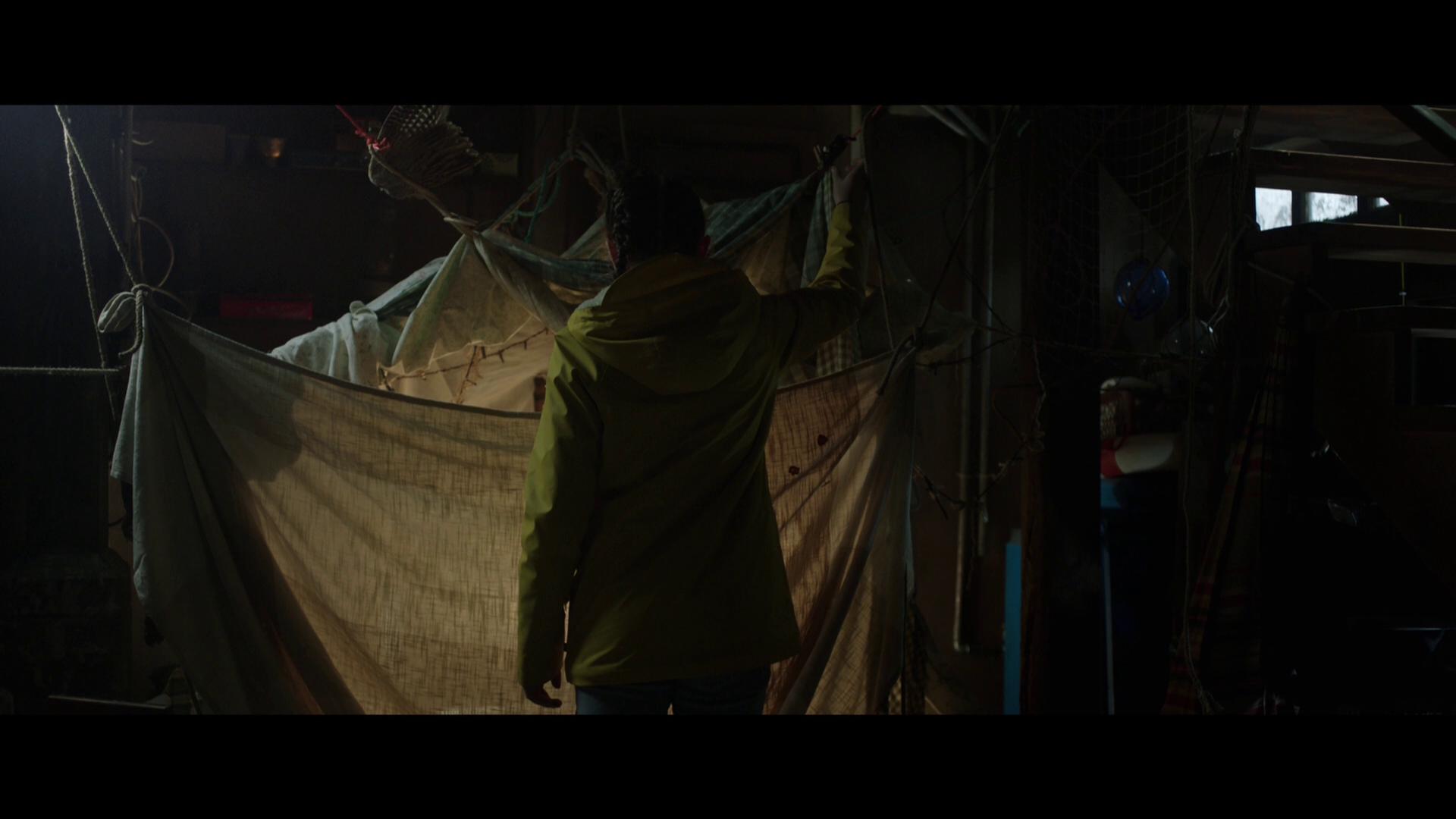