I Am Legend is 2007 Adventure/Thriller starring Will Smith as Robert Neville, the last man in NY after a deadly virus broke out that was part of Smiths doing. Throughout the movie you learn that Robert isn’t alone on this earth and that he must protect himself at night from the Darkwalkers. Robert has become accustomed to living in NYC throughout the years and you see his many ways of surviving, killing time, and overall finding a cure for mankind. This is the story of Robert Neville, and this is his legend. 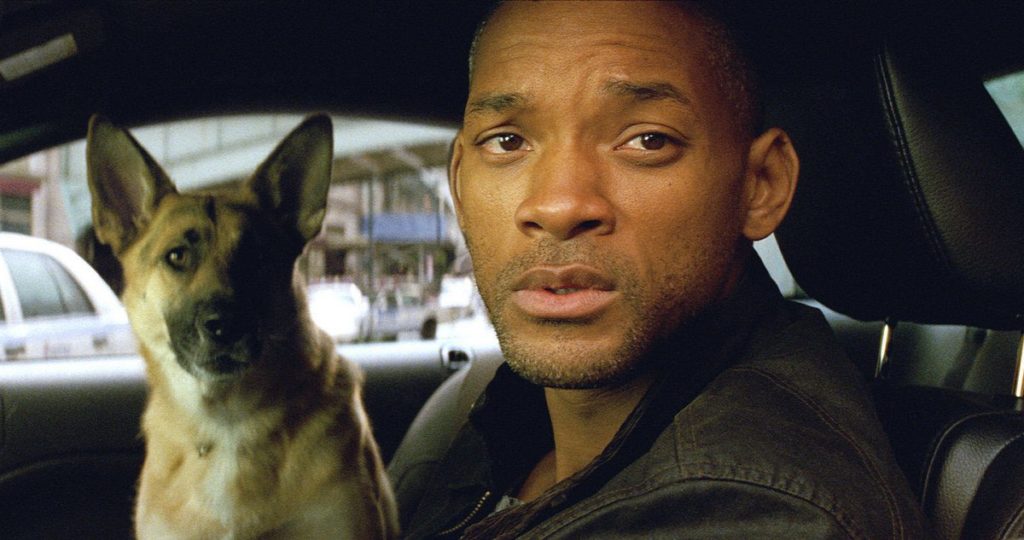 I Am Legend is sourced from a 2K Digital Intermediate up-scaled to 4K resolution bring an upgrade in both detail and sharpness, but nothing that will blow you out of the water. The HDR is the star of the show here really emphasizing the colors in the overgrown NYC, the Skyline, and Will Smiths Red Mustang. I didn’t think the HDR would really shine in this title, but surprisingly overgrown NYC was the perfect environment to showcase this use of HDR . Overall the HDR brings a much wider color palette with very deep inky blacks, which is needed in such a dark film like this. 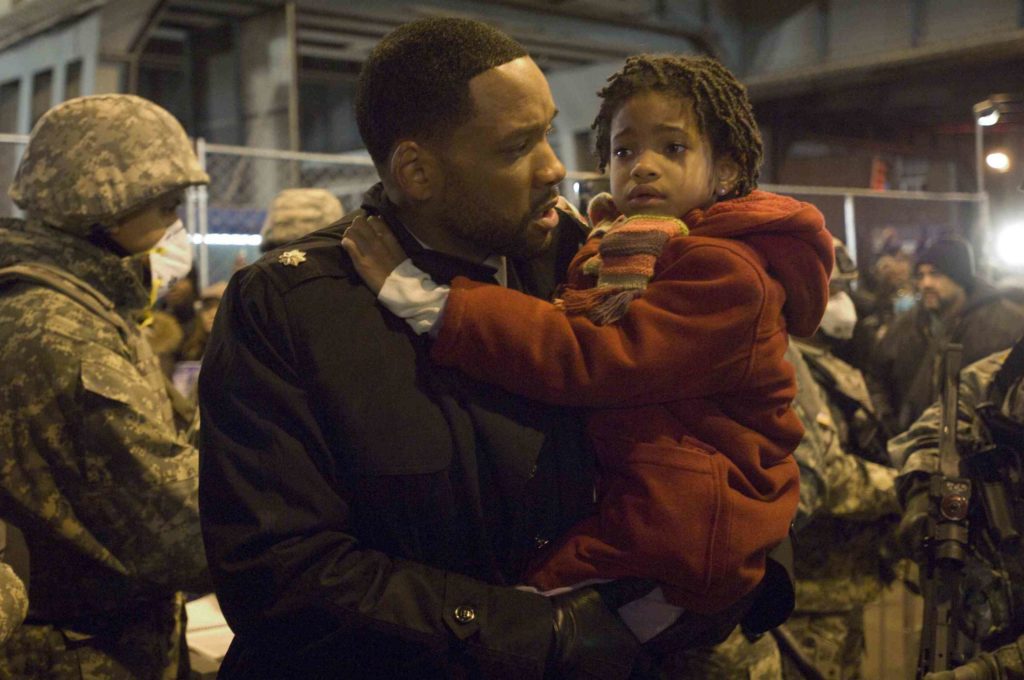 WILL SMITH as Robert Neville and WILLOW SMITH as Marley in Warner Bros. PicturesÕ and Village Roadshow PicturesÕ sci-fi action adventure ÒI Am Legend,Ó distributed by Warner Bros. Pictures.
PHOTOGRAPHS TO BE USED SOLELY FOR ADVERTISING, PROMOTION, PUBLICITY OR REVIEWS OF THIS SPECIFIC MOTION PICTURE AND TO REMAIN THE PROPERTY OF THE STUDIO. NOT FOR SALE OR REDISTRIBUTION

This UHD sports a 5.1 Dolby Digital Surround sound codec which is quite disappointing compared to the Atmos tracks we have been getting on most UHD releases. The 5.1 mix still gives great surround sound and booming bass during explosions. 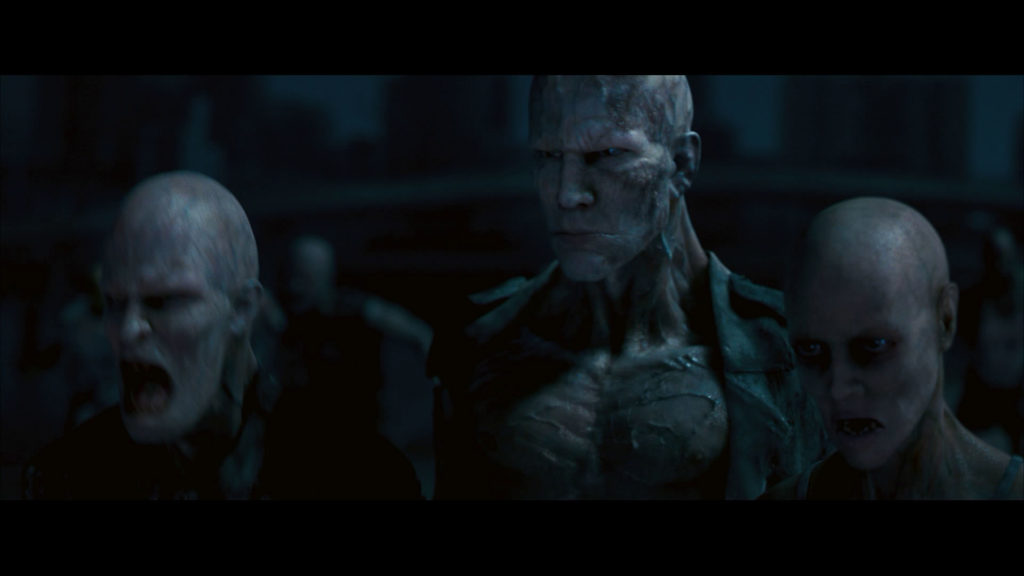