I’m not all that familiar with British indie horror, but as far as Howl is concerned it mostly hits the mark of a decent horror flick. While this film does serve up some of the common tropes one would expect when most of the feature is shot in a cramped train, it does just enough to differentiate itself and stand alone. Yes of course you still have some silly “don’t wannabe survivors” run off by themselves only to meet a very expected fate. What you also do get though is a somewhat surprisingly engaging film that does get a lot right.

The director Paul Hyett has a pretty diverse background in prosthesis and special effects. This means he is not afraid to show his monsters to the audience. They aren’t your typical hide until the last five minutes of the movie because we know they look cheesy type monsters. They look hideous and certainly are not your typical werewolf fare. 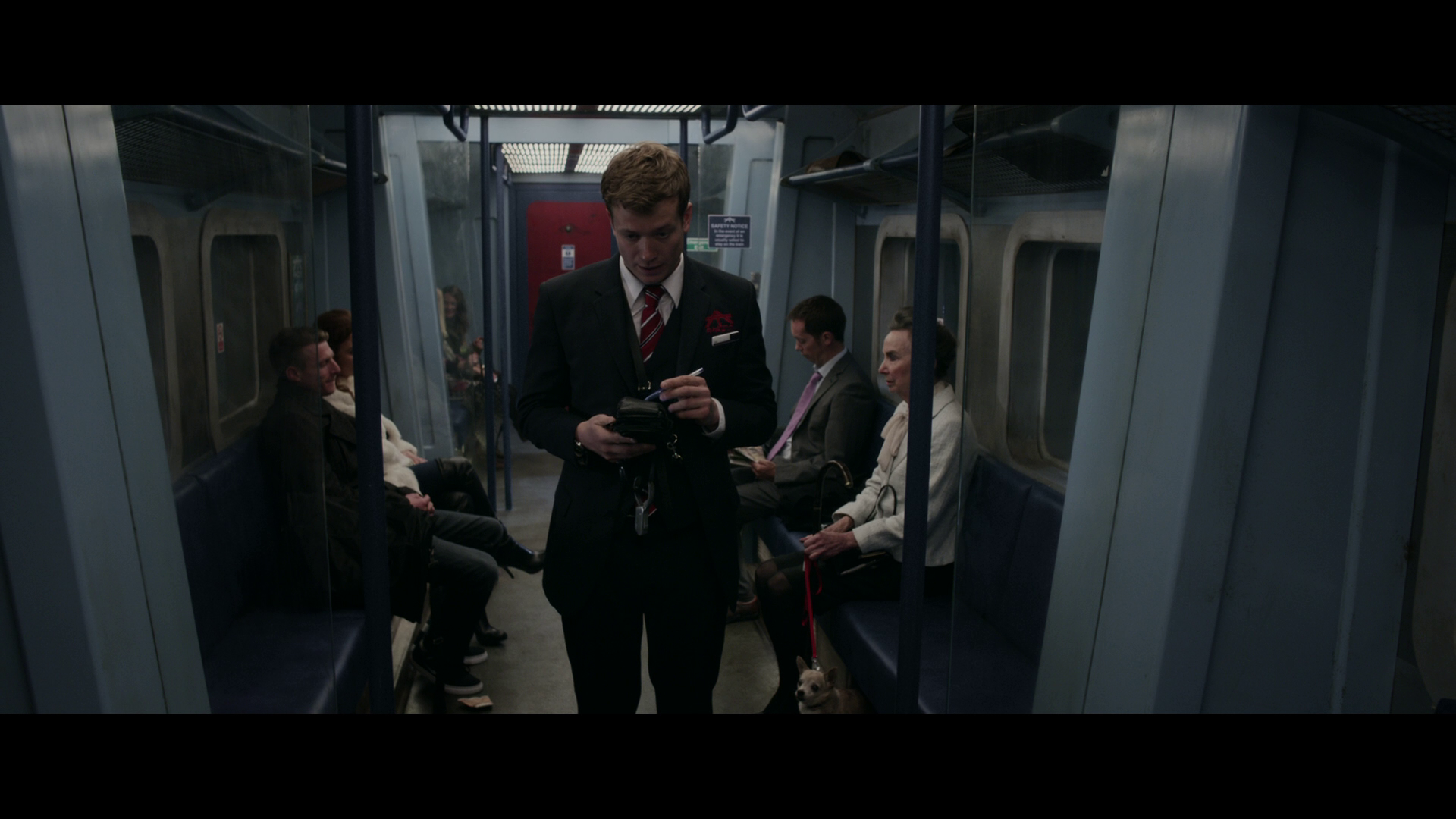 While there are not a ton of scares throughout, viewers should be engaged and engrossed in the film regardless. There is not a lot of filler where you will be tempted to check that waiting text. Having said that, you also aren’t able to glean much character development from the frightened passengers. Only a few have backstory and even then those take up minimal time; this does make some of the characters forgettable and you won’t become too sad if they are the ones to get offed. I would like to make special note of Adrian played by Elliot Cowan. I thought he was fantastic and brought a much needed “that guy is an ass but I might agree with him” personality. He stole every scene he was in. 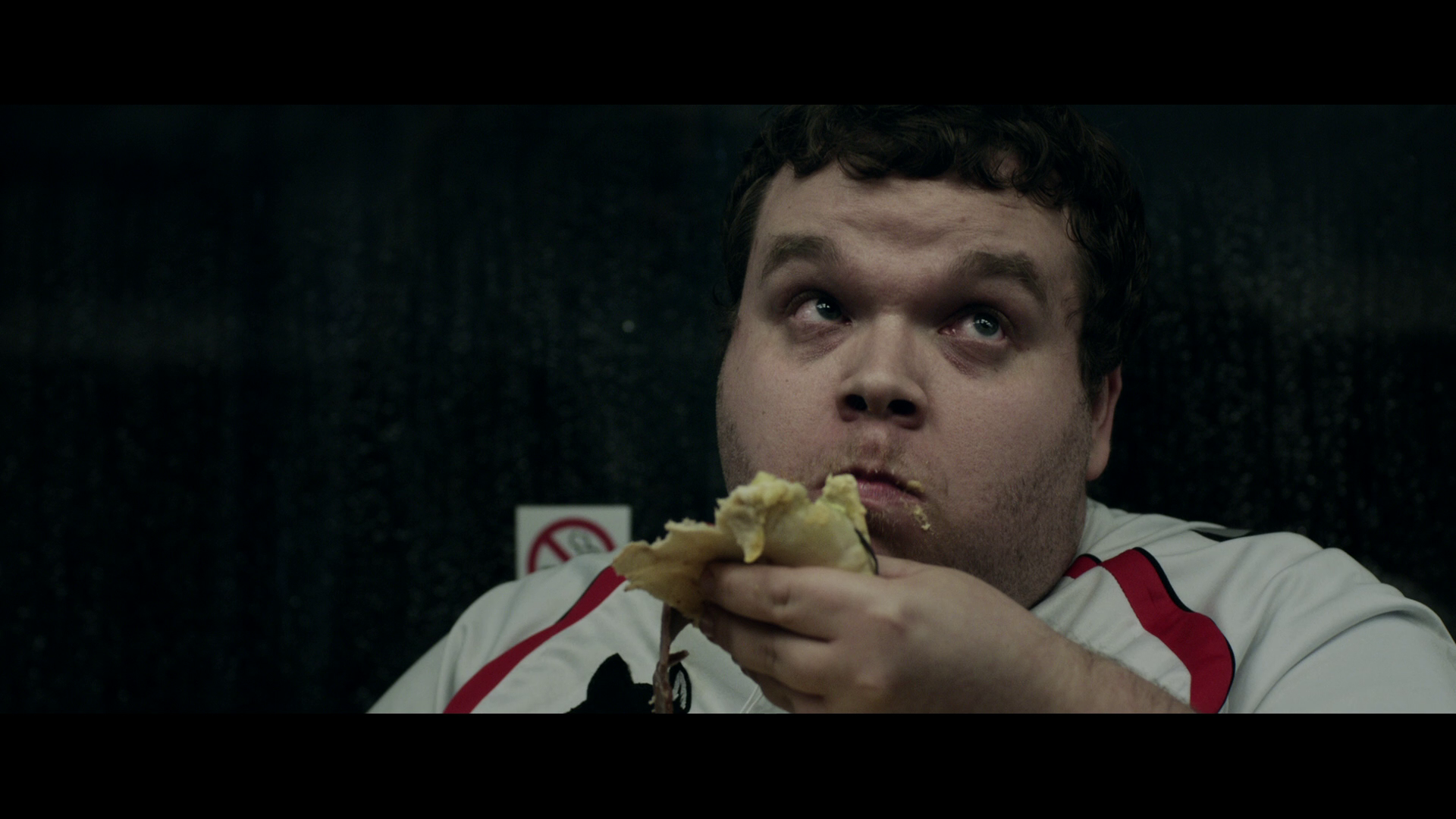 The picture quality is more than serviceable for this home release. There are some shots in the beginning that have quite a bit of film grain where it becomes a little overbearing. It does even out throughout the movie and keeps a high level of detail. For the most part, the actors facial features and clothing come through quite sharp. The creatures look great and most of the inside train scenes are sharp and defined. The film falls somewhat on the exterior and forest shots. It can get a bit hazy and start to blend together, this doesn’t occur often and shouldn’t take away from most viewers experience. 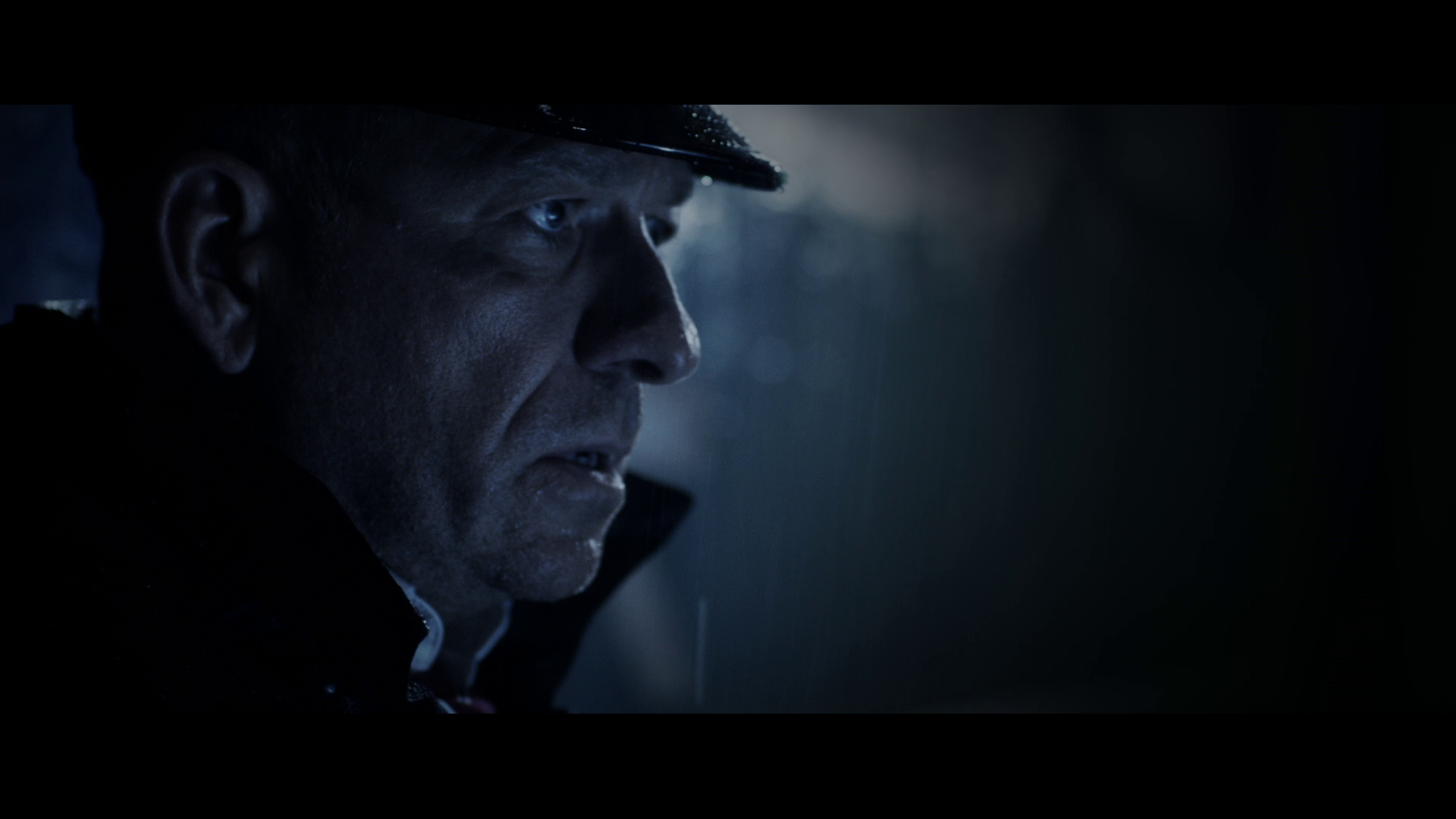 Most viewers may rate this a tad higher than I am giving. The actual sound effects were all quite nice, clear and booming. Any howling, glass breaking, bangs, and screams come through wonderfully. During any sort of action the track is very full and accentuates the visuals quite nicely. The forests scenes use the 5.1 beautifully and include some birds and of course some big howls. It doesn’t work as well inside and brings me to one of my film pet peeves. If you are going to hear people talking in a side speaker and then the camera pans the audio needs to follow and move or fade out. The other couple issues I had were mainly from some low dialogue and the score. A few times the actors are talking just a tad too low for you to understand what they were saying. This obviously isn’t a dialogue or story driven film and those few lost words most likely weren’t anything of great importance. The score itself doesn’t always seem to fit the scenes. You could have some low subtle orchestration along with some big thumping bass that just seemed out of place. There is also a scene where they did their take on the 28 Days/Weeks later theme, it was subtle and I liked that implementation. 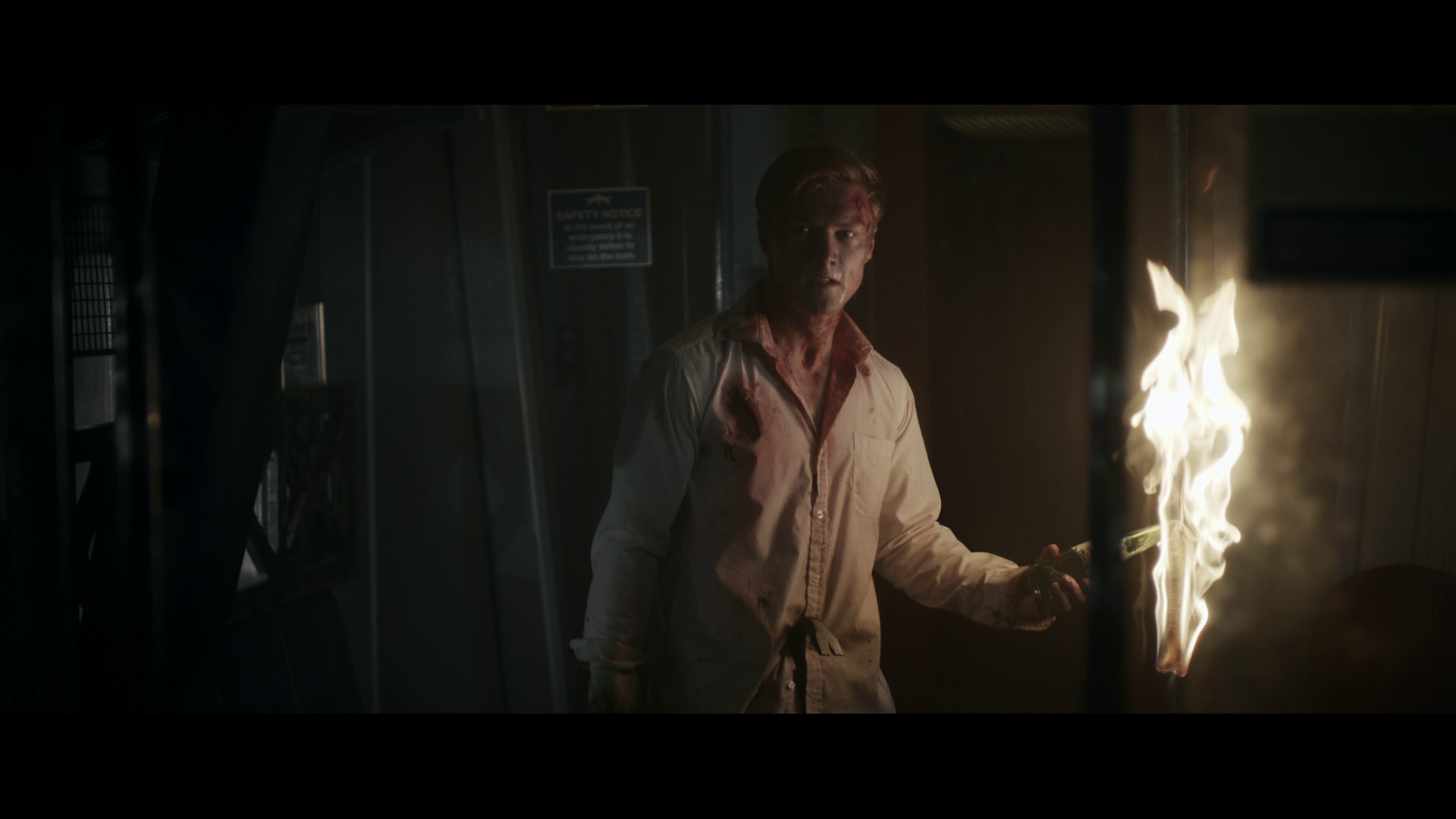 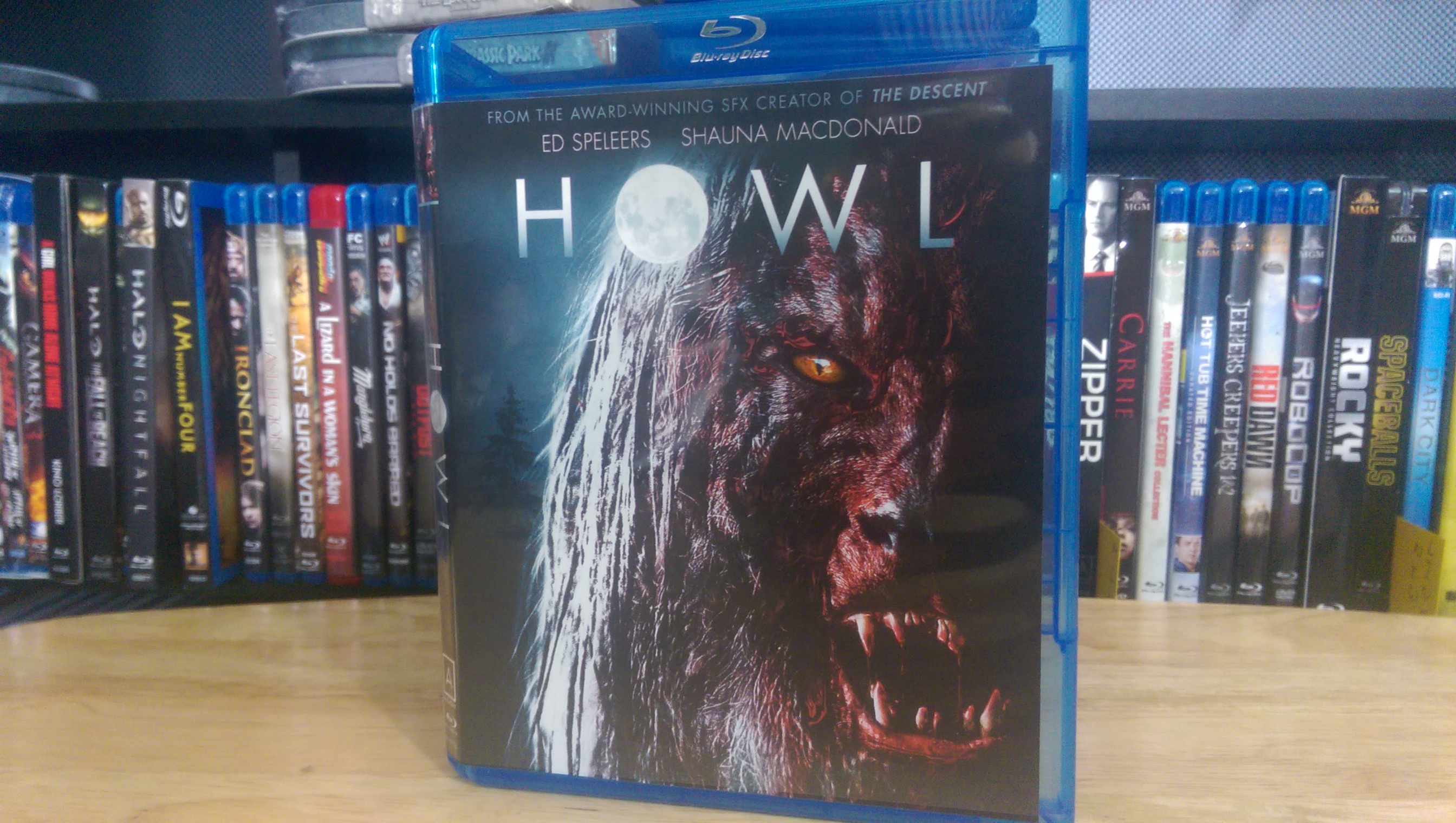 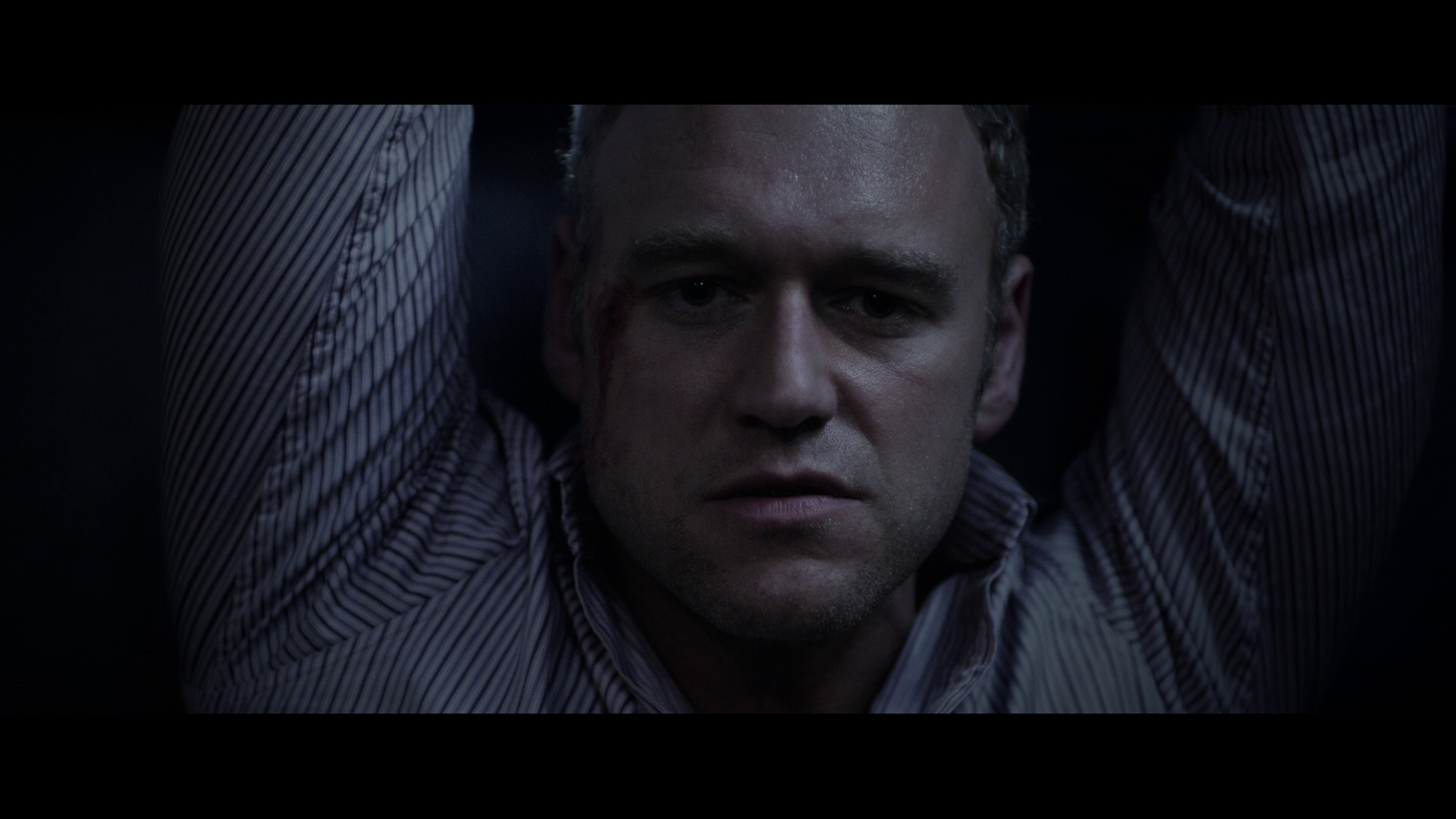 Howl ended up being a fun have friends over and drink a few beers kind of movie.  It won’t change cinema but it wasn’t expected to, for the price I paid of $12.99 it certainly was one of the better werewolf movies in recent memory.  The technical aspects are up to Blu-ray standards and should be more than fine for those considering a purchase.  The special features while not lengthy gave good insight into what went on behind the scenes in making the movie.  This film comes recommended as a rent or a buy around the $12 price point.