How to Train Your Dragon: The Hidden World is a 2019 American computer-animated action fantasy film that is loosely based on the book series of the same name by Cressida Cowell, produced by DreamWorks Animation, and distributed by Universal Pictures. It is the sequel to the 2014 film, How to Train Your Dragon 2, and is the final installment in the How to Train Your Dragon film trilogy. Written and directed by Dean DeBlois, the film stars the voices of Jay Baruchel, America Ferrera, Cate Blanchett, Craig Ferguson, and F. Murray Abraham. The film’s plot follows Hiccup seeking a dragon utopia called “The Hidden World” while coming to terms with Toothless’ new bond with a female Light Fury.

Taking place just one year after the previous film, Hiccup, Toothless and their fellow dragon-riders continue to rescue captured dragons in order to bring them to Berk and its busting dragon and human utopia. Their efforts have resulted in the island becoming overpopulated with dragons. In response to the overcrowding, Hiccup seeks to find the “Hidden World”, a safe haven for dragons spoken of by his late father Stoick. Meanwhile, a white female Fury, held captive by warlords, is given to infamous dragon hunter Grimmel the Grisly as bait for him to capture Toothless for the warlord’s use as an alpha.

How to Train Your Dragon: The Hidden World was released on January 3, 2019 in Australia, and February 22, 2019 in the United States. It is the first DreamWorks Animation film to be distributed by Universal Pictures, whose parent company NBCUniversal acquired DWA in 2016, rather than 20th Century Fox, which the studio previously had a distribution deal. It received positive reviews from critics, who cited the animation, the action sequences, the musical score, voice acting, emotional weight, and conclusion. It has grossed over $517 million worldwide, becoming the fourth highest-grossing film of 2019, as well as Universal’s highest-grossing animated film not to be produced by Illumination. 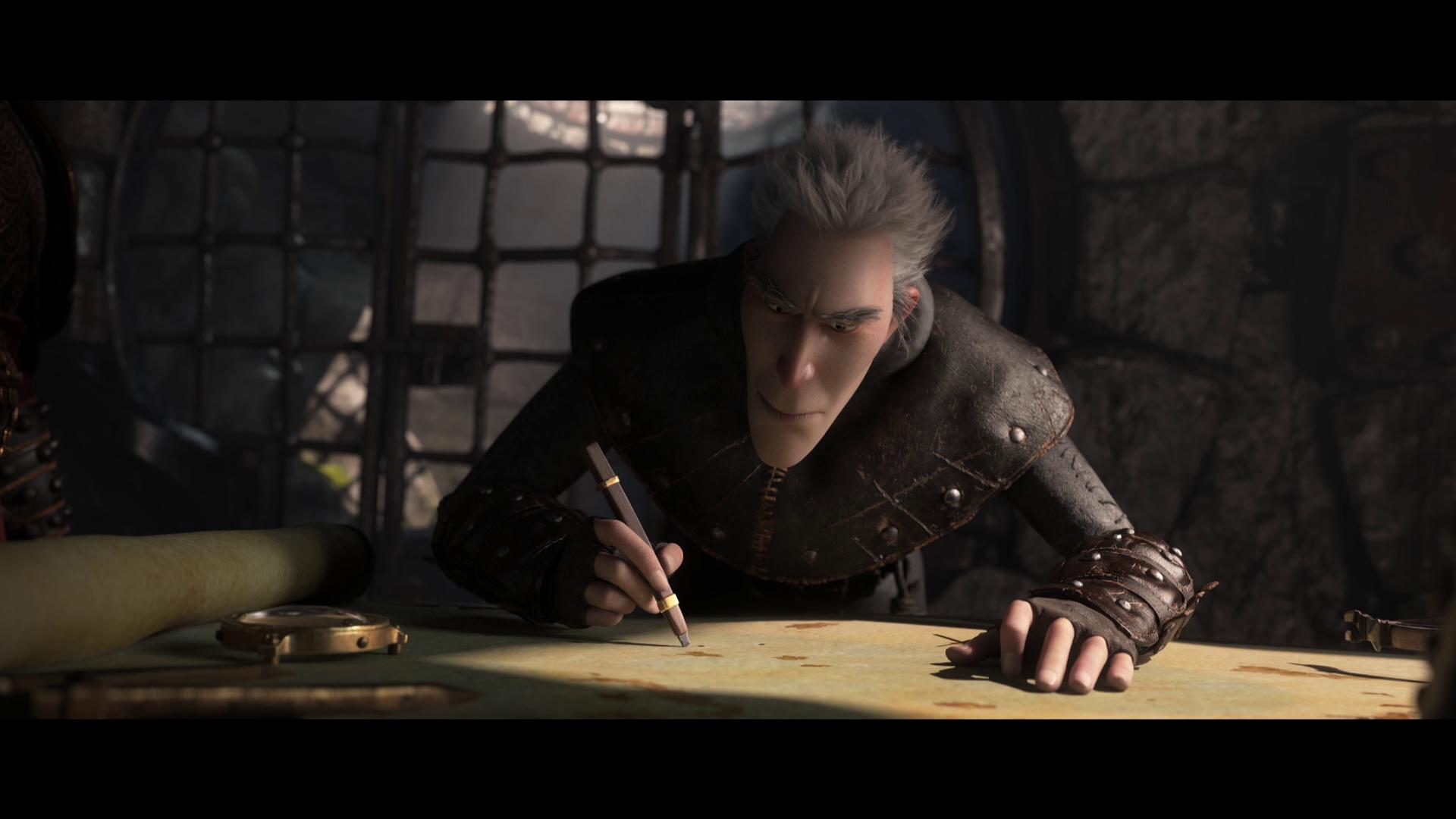 How to Train Your Dragon: The Hidden World gives audiences an extremely fitting, very exciting, and generally heartfelt experience that, despite it being a little predictable, overall is a really nice way to wrap up the trilogy. The story, putting viewers right in the middle of the relationship between both Toothless and Hiccup, and the evolution of their friendship and strengthened bond that they share, we see as the community continues to try to do what is right for the dragon community, ensuring their safety and a continuation of the fact that they really aren’t menaces to society. If you’re a fan of these films, then you’ll certainly love this one for absolutely everything that it has to offer.

Being a completely digital production, How to Train Your Dragon: The Hidden World was obviously finished at 2K, but the overall visual presentation of the 4K UHD release was absolutely stellar. Certainly not just a tweak from the original image that’s presented on the included Blu-ray copy, the overall utilization of HDR in this release really allows for the story and experience to shine, making this release one of the best animated UHD releases to date, and allowing it to be a nice center piece to showcase your 4K setup at home. The blue skies are intense, and the various colors of the dragons are an absolute delight. The added clarity allows for a true appreciation for the work that the animators put into making this movie as you can see the finer details of the scenes, and the effort that was put into it. 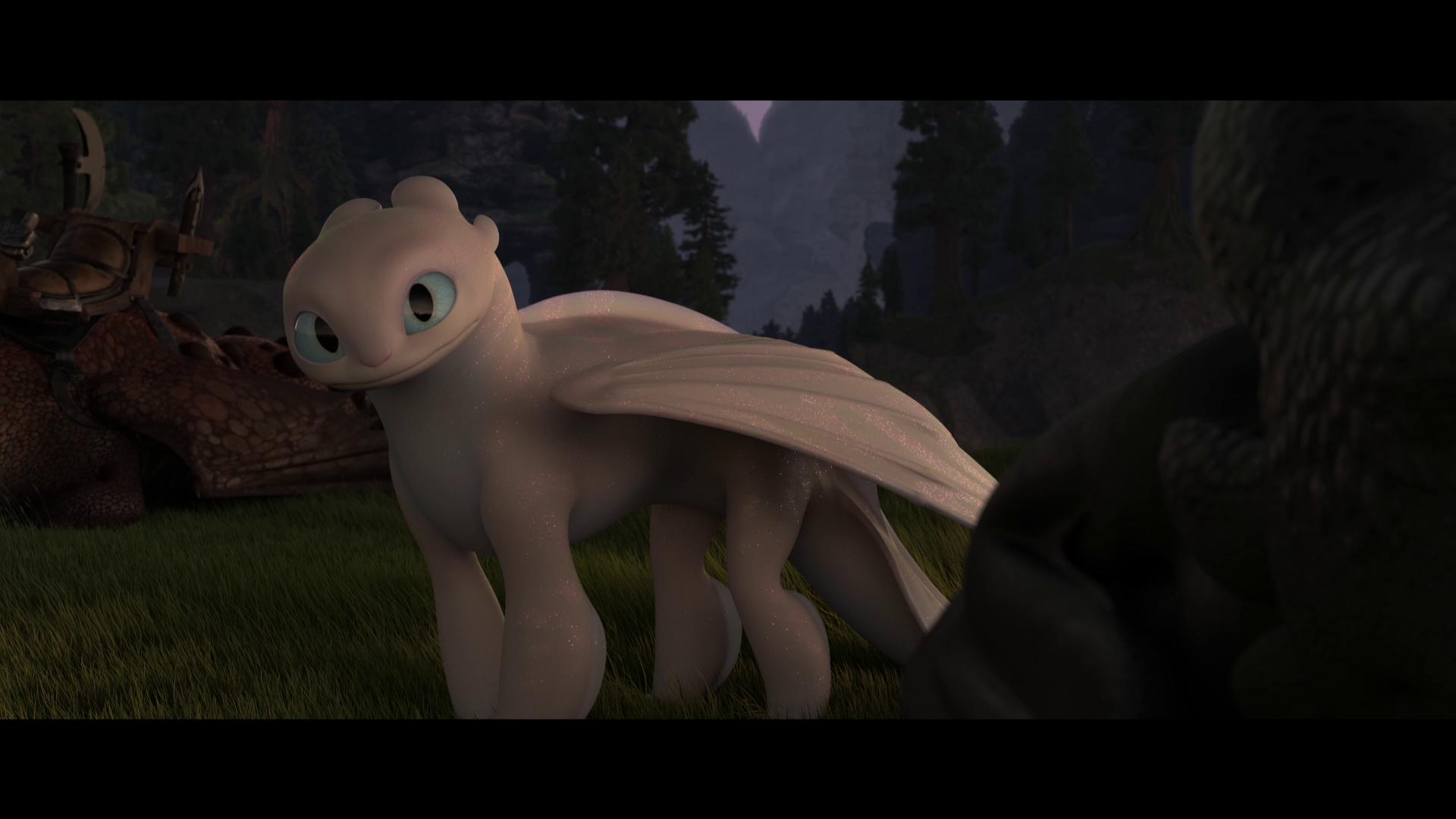 Bundled with an English Dolby Atmos audio track, the 4K UHD release of How to Train Your Dragon: The Hidden World offers an extremely well balanced, and insanely immersive audio experience for its viewers that are setup for Atmos at home. With a powerful bass accompaniment, and it’s well balanced presentation, viewers are easily placed into the middle of the story, the world of Berk, and the friendship between all of the characters and their dragon friends. The transitions in between all of the channels were effortless, and allowed for a smoother transition in the scenes, particularly those that included flight. And the dialogue is spoken cleanly, and the characters are able to be heard and understood without any need to adjust the volume controls as it progresses onward. 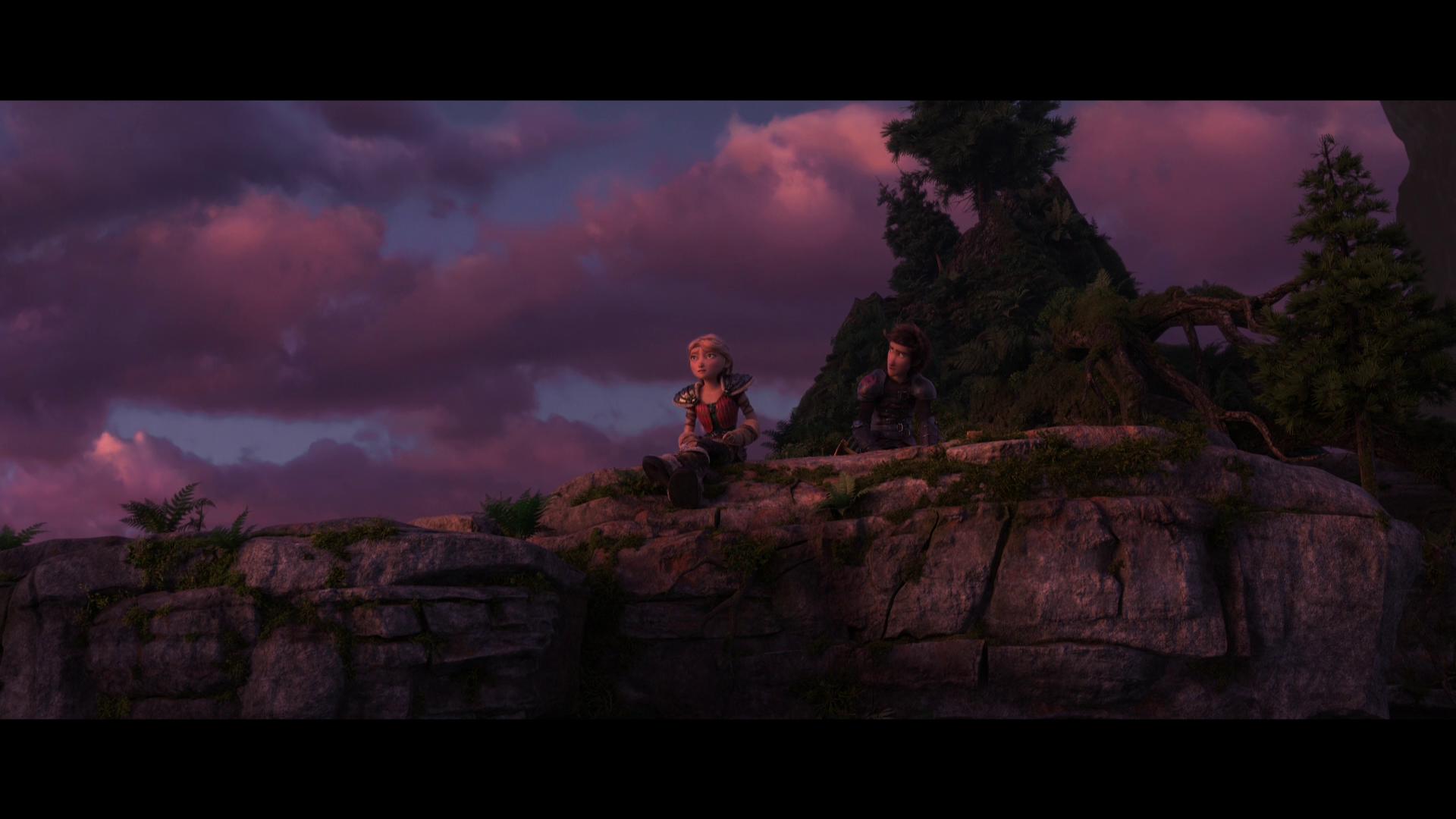 The 4K UHD release of How to Train Your Dragon: The Hidden World comes packaged in the standard two-disc amaray case.  In that case, the 4K UHD and the Blu-ray copy of the movie.  The UHD disc features the same artwork that’s available on the case, while the Blu-ray only has the standard release text.  There is a digital copy redemption pamphlet, as well as a slipcover that’s been made available in the original pressing of the release that features the same artwork as the case. 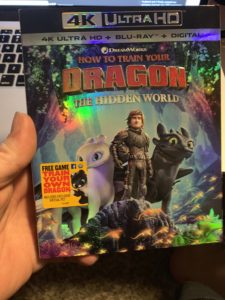 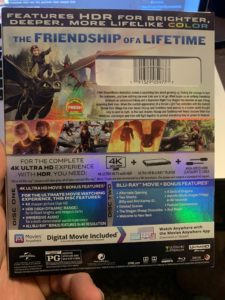 How to Train Your Dragon: The Hidden World is another 4K UHD release that includes the same special features that were made available on the Blu-ray disc, but at a 4K resolution. The content that’s been included offers not only a small expansion on the storyline, but a look into the production work that went into making the movie. Sharing their experiences that were had during filming, the cast and crew take a look into the legacy that they’d built with the trilogy, and share their thoughts on the new movie, and the general impression that they’d left with these films. Included with this release is: 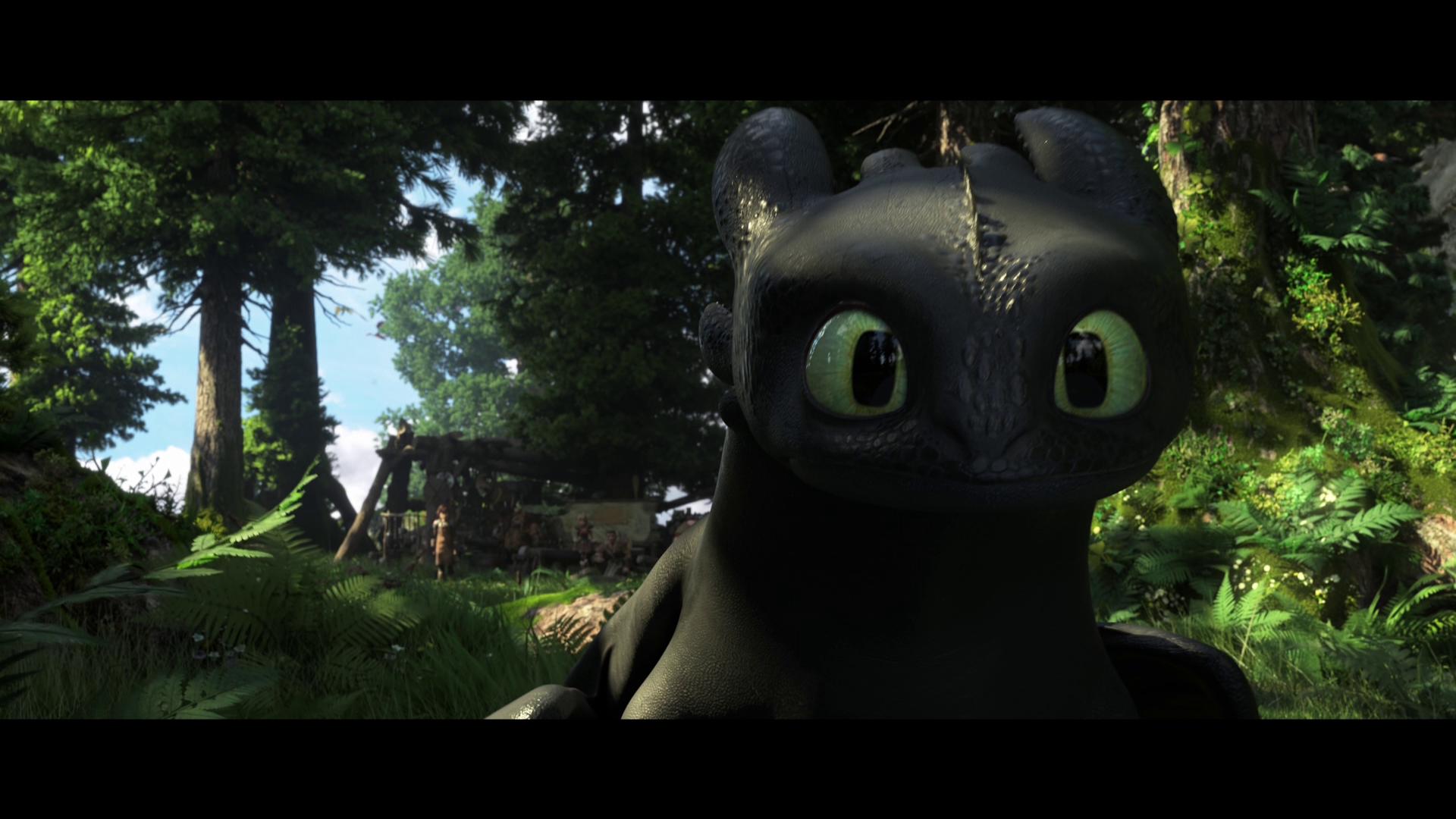 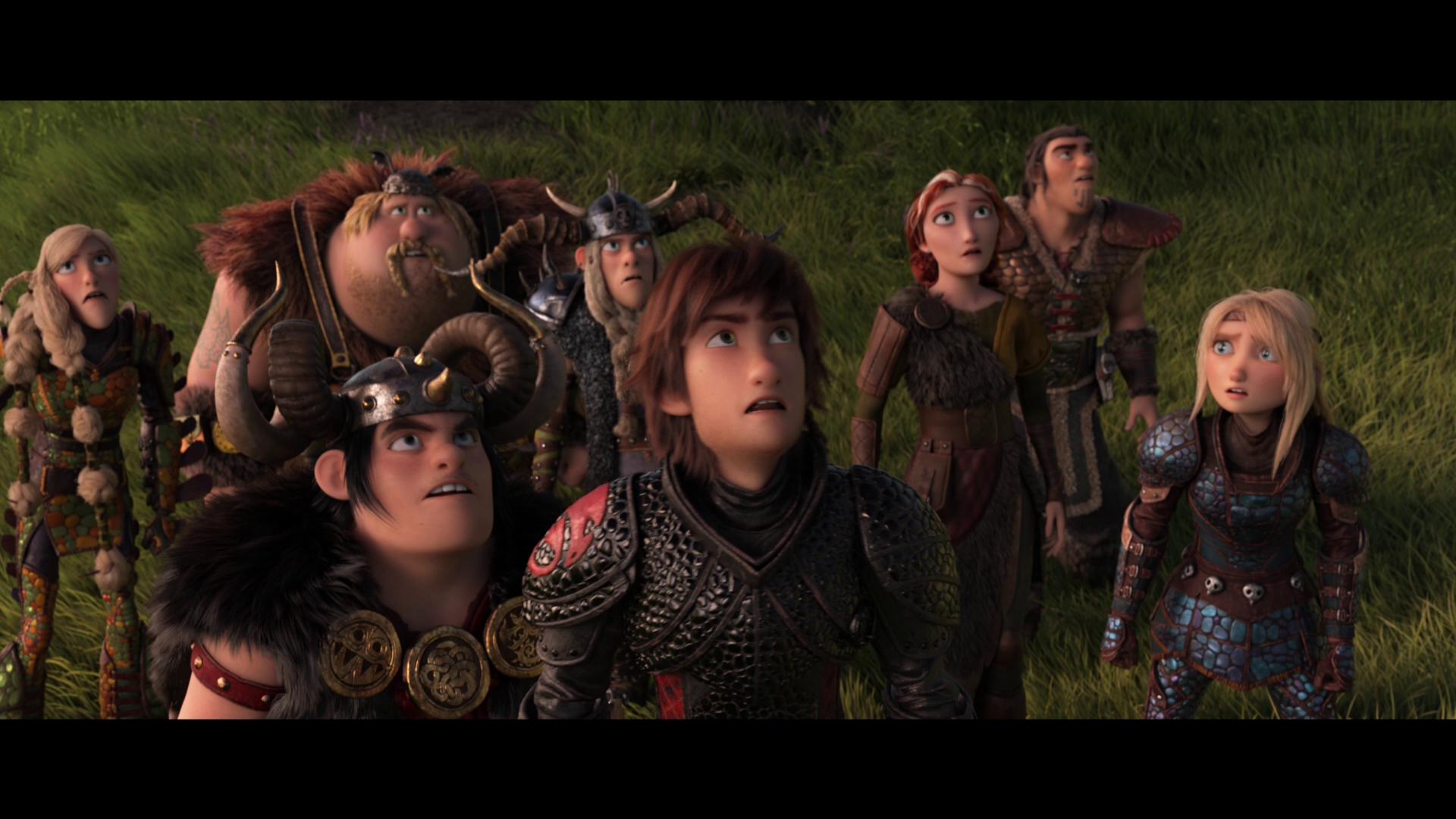 Overall, my wife and I absolutely enjoyed How to Train Your Dragon: The Hidden World. Despite its predictability, the experience that was to be had with this movie was heartfelt, and certainly a fantastic way to end the trilogy as a whole. The presentation of the 4K UHD release was top notch, and one of the best audio and video experiences that I’ve personally had the pleasure of sitting down with in recent times. The special features included on this release are extremely robust, and offer a very unique look into the work that went into not only this movie, but all three films of the series. If you’re considering this release for your collection, I would absolutely recommend picking it up. How to Train Your Dragon: The Hidden World is available on 4K UHD, Blu-ray and DVD today! 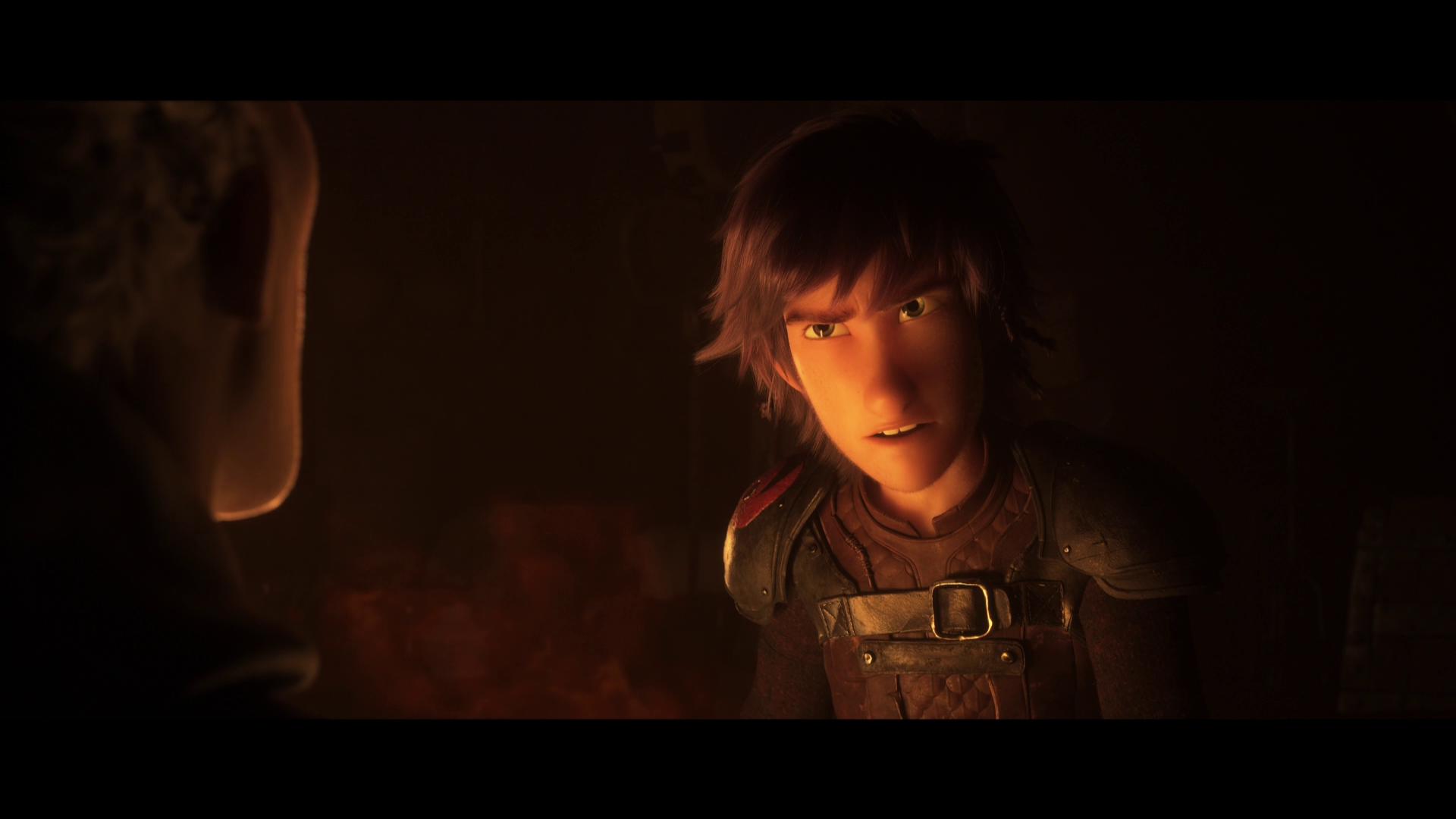