The House with a Clock in its Walls is a 2018 American family fantasy film that was directed by Eli Roth, based on the 1973 novel of the same name written by John Bellairs. The film stars Jack Black, Cate Blanchett, and Owen Vaccaro; and follows a young boy who is sent to live with his uncle in a creaky old house after his parents had unfortunately passed away in a car accident. All that he has left from his parents is a Magic 8-Ball that they had given him. He soon learns that it was previously inhabited by a nefarious entity.

Universal Pictures released the film in the United States on September 21, 2018. It has been a box office success, grossing over $130 million worldwide and received moderately positive reviews from critics, who largely praised the cat but said it did not fully live up to its potential.

Principal photography for the film began on October 10, 2017 in Atlanta, Georgia. One of the challenges for the visual effects team was building the massive 10-foot and 14.5-foot gears for the Clock Room sequence. Another challenge was designing the Jack-o’-lantern characters, which included input from Steven Spielberg on the final designs. Noah Schnapp auditioned for Lewis’ role, but ended up losing to Owen Vaccaro. 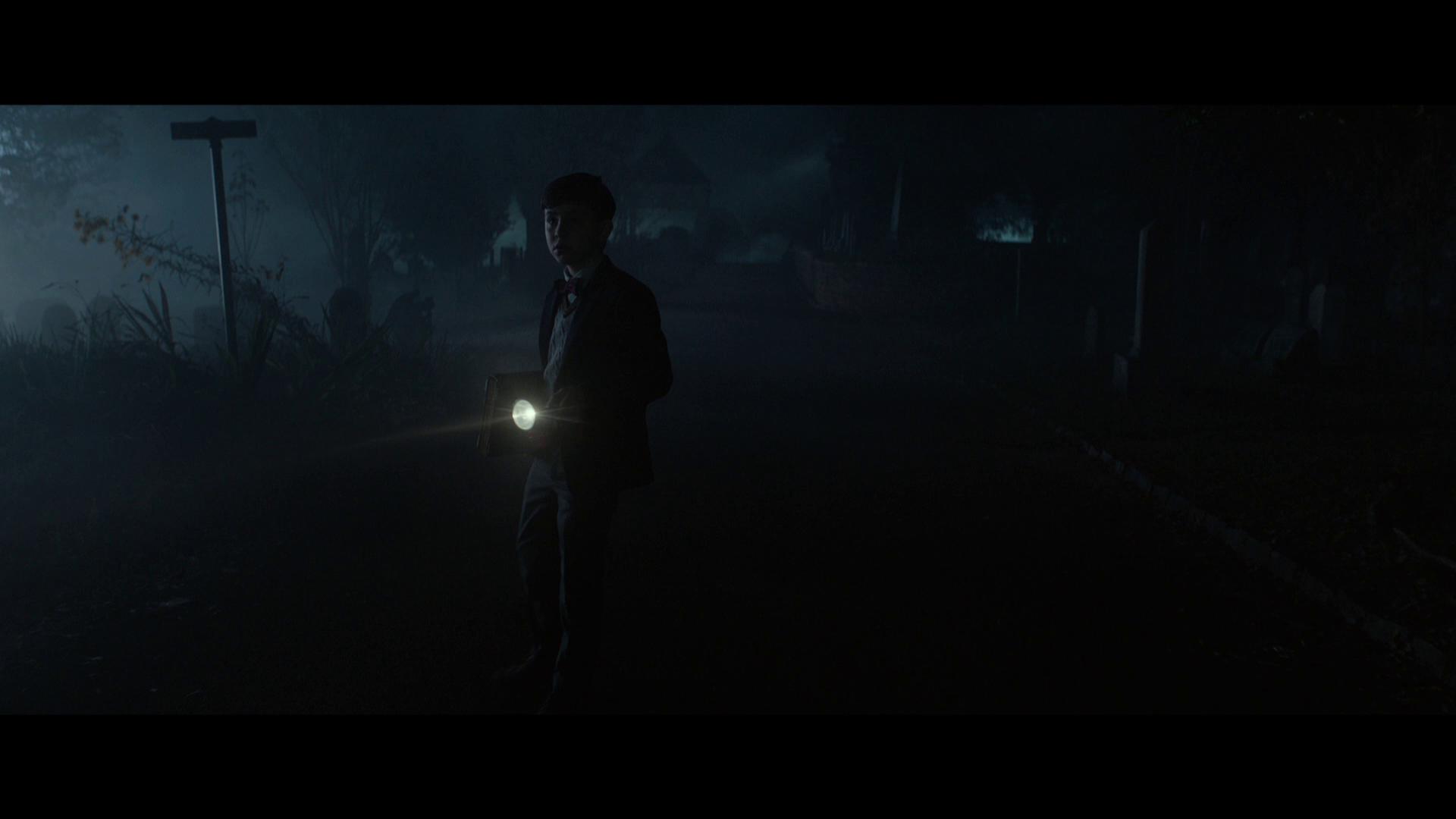 Surprisingly enough, this change of production from Eli Roth, The House with a Clock in its Walls gives its viewers a family friendly blend of hilarity, spookiness, and adventure that both my wife and I found to be pretty enjoyable. Despite the negative feedback that I’ve been seeing on this movie, the generally serious performance that comes with Jack Black still yields a small amount of laughs, coupled with the overall sense of emergency as the climax of the storyline peaks, that we both found ourselves to be enamored with the storyline and eagerly waiting to see what would happen next. The performances from Black, Blanchett and Vaccaro were particularly my personal favorite as the chemistry between their characters blended well enough to provide a pretty solid presentation, and I’m genuinely curious to see if they take this story any further with future films. 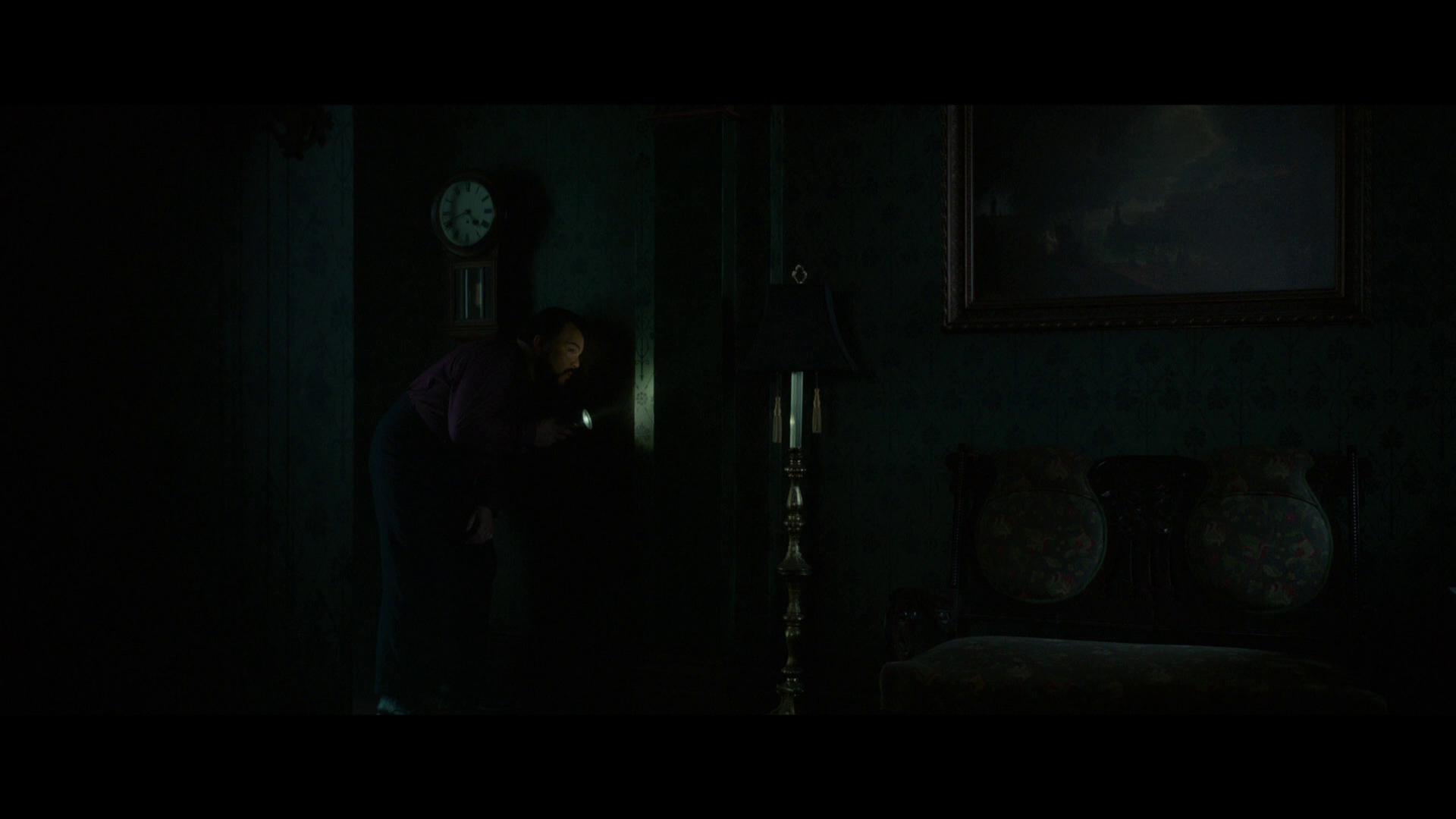 Aside from being an obviously “fake 4K” release, the UHD copy of The House with a Clock in its Walls really shines with its utilization of HDR10.  The variety of sequences that featured the computer-generated effects blended into the natural elements of the scenes really well, ultimately allowing for them to feel as real as you could possibly imagine.  The distinct and rustic appearance that accompanied the movie really stood out the best against with the darker backdrops, really allowing for an appreciation for the work that the costume designer put into the movie.  If I were to pick a favorite scene, it would definitely have to go to the parts that took place in the clock room as despite the entire thing being computer generated, it really looked as if it were really happening, and ultimately contributed the most emotion and experience to the movie as a whole.

Packaged with an English Dolby Atmos audio track, the 4K UHD release of The House with a Clock in its Walls really packs an all out immersive audio experience for its viewers that are capable of making use of the technology.  Everything from the sound effects to the transitions of the dialogue in between the channels, allowing for a truly immersive presentation.  The emphasis that accompanied those sound effects, particularly the magical elements were phenomenal, and moved with the camera position, while the dialogue took its obvious precedence over everything else to make sure that the characters were heard and understood without needing to adjust the volume levels. 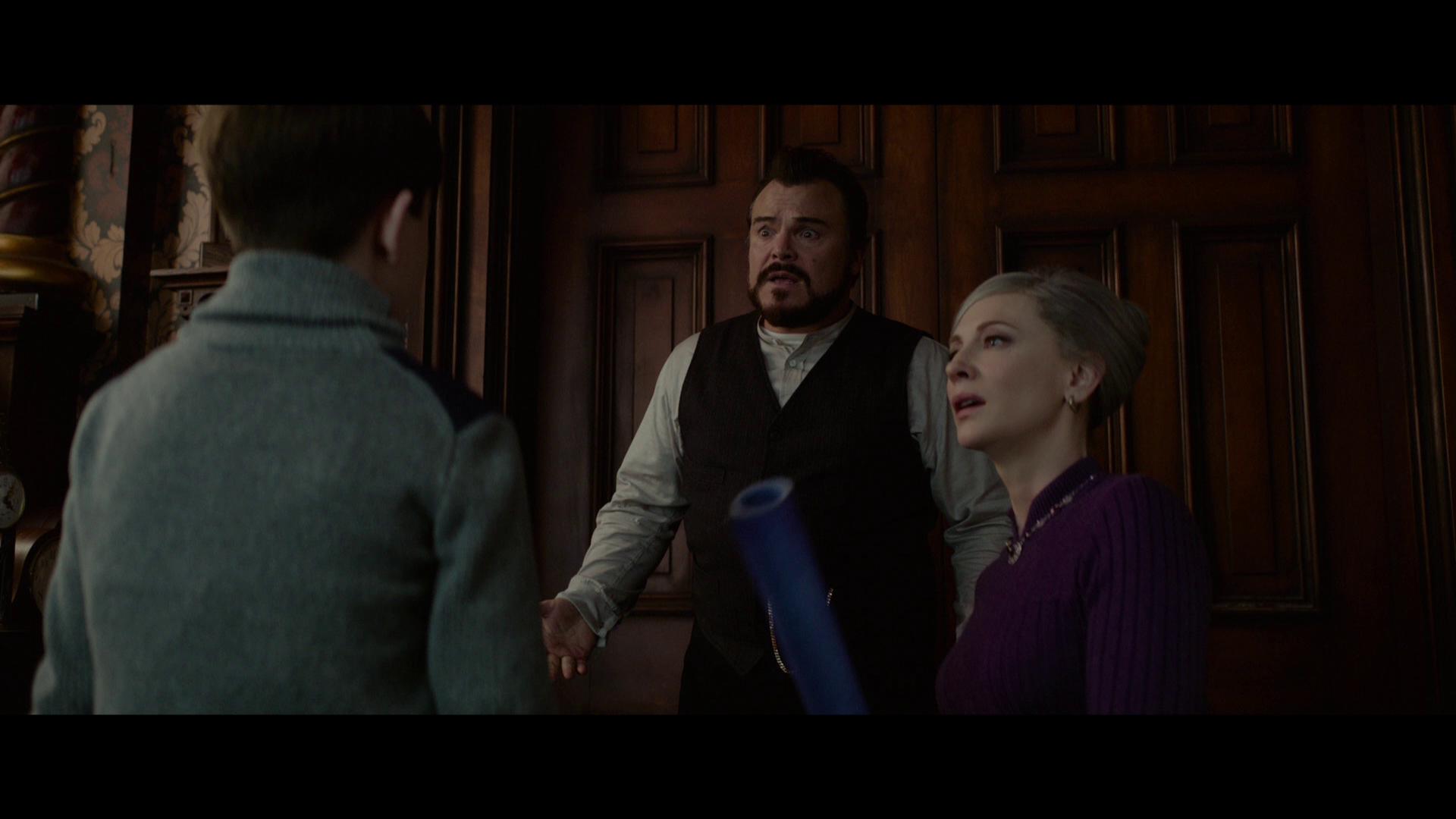 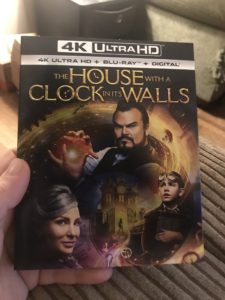 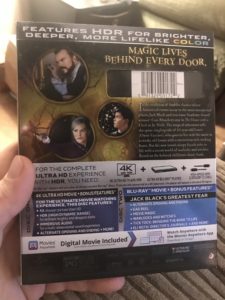 There’s a variety of additional features included with the 4K release of The House with a Clock in its Walls with some of the content also being included on the UHD disc.  The majority of the features are made available on the included Blu-ray disc, and offer a small insight into the storyline as well as somewhat of a look at the work that Eli Roth and his crew put into making this movie happen.  Included with this release is: 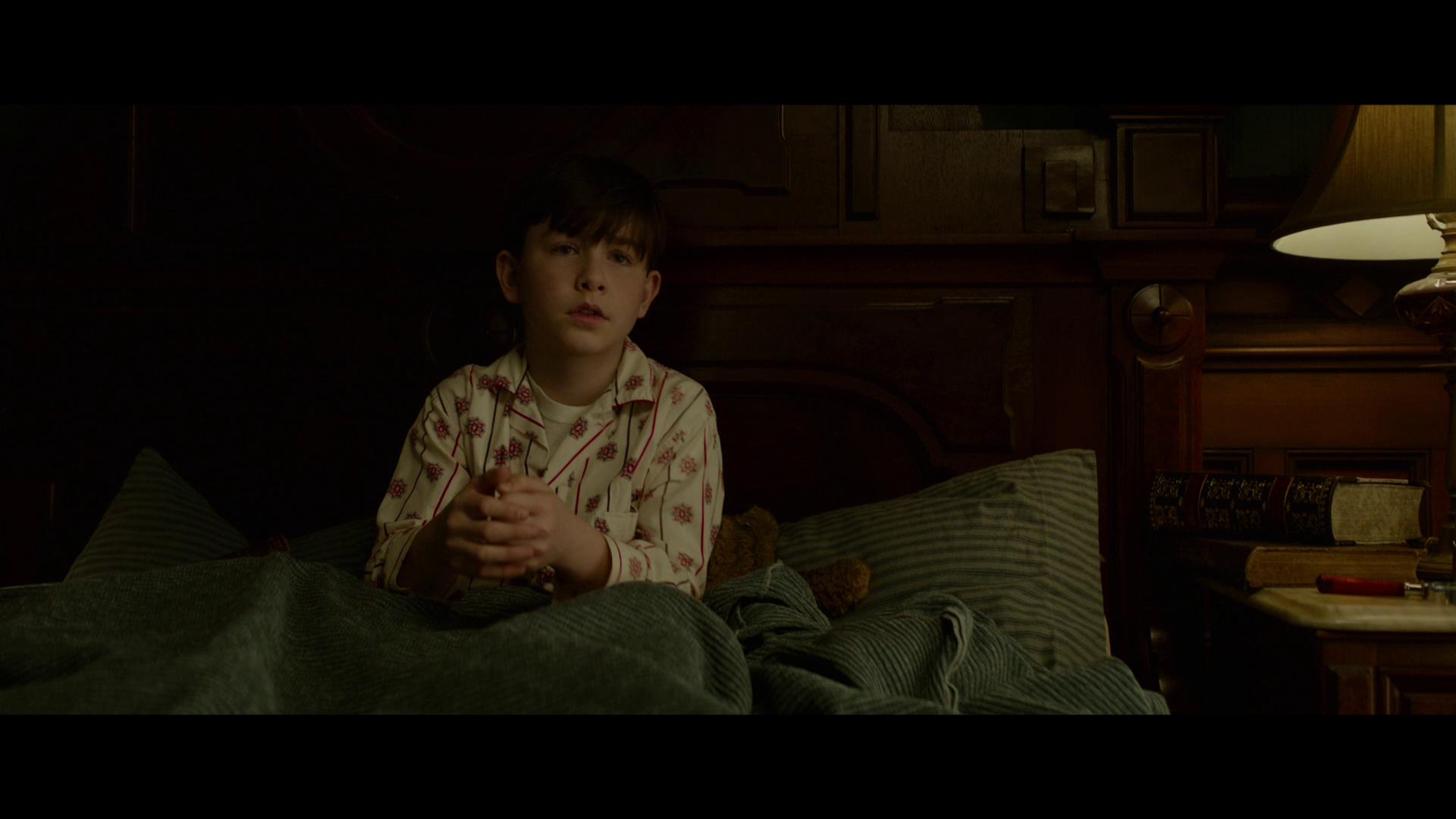 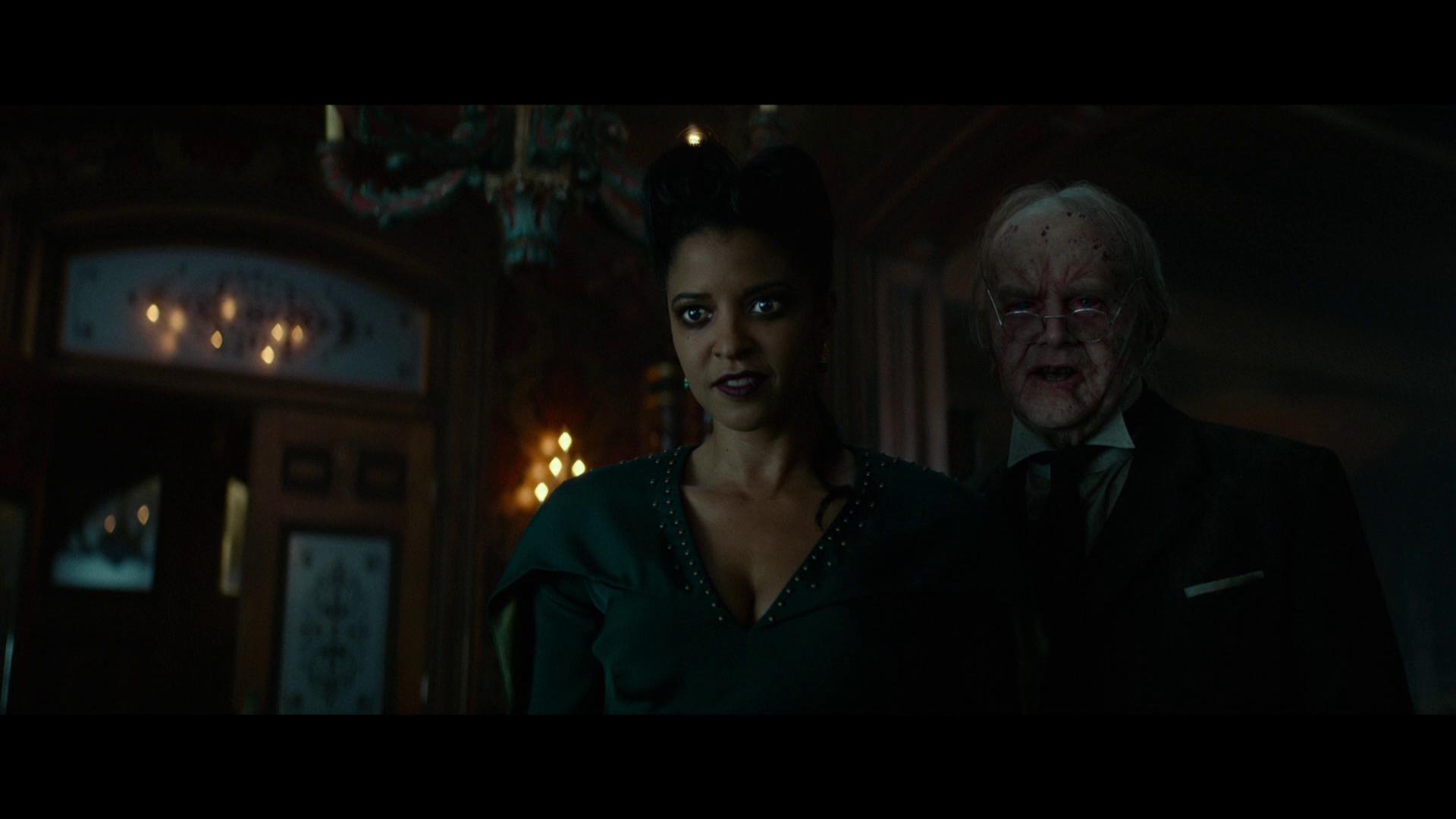 Despite having received a lot of negative criticism, my wife and I both found The House with a Clock in its Walls to be a fun-filled adventure that had its few moments of comedic gestures that didn’t cross any lines.  With it surprisingly being directed by Roth, there wasn’t too much in terms of horror or spookiness and ultimately allowed for us to sit down and to enjoy a fictional fantasy adventure that was pretty light hearted throughout.  The visual presentation, despite being a “fake 4k” release, the presentation with HDR was exceptional, and the overall experience with the Atmos audio really made this a great time.  There’s a good number of special features included and spread out across both discs.  If you’re considering this release for your collection, I’d definitely recommend checking it out.  The House with a Clock in its Walls was released onto 4K UHD, Blu-ray and DVD yesterday. 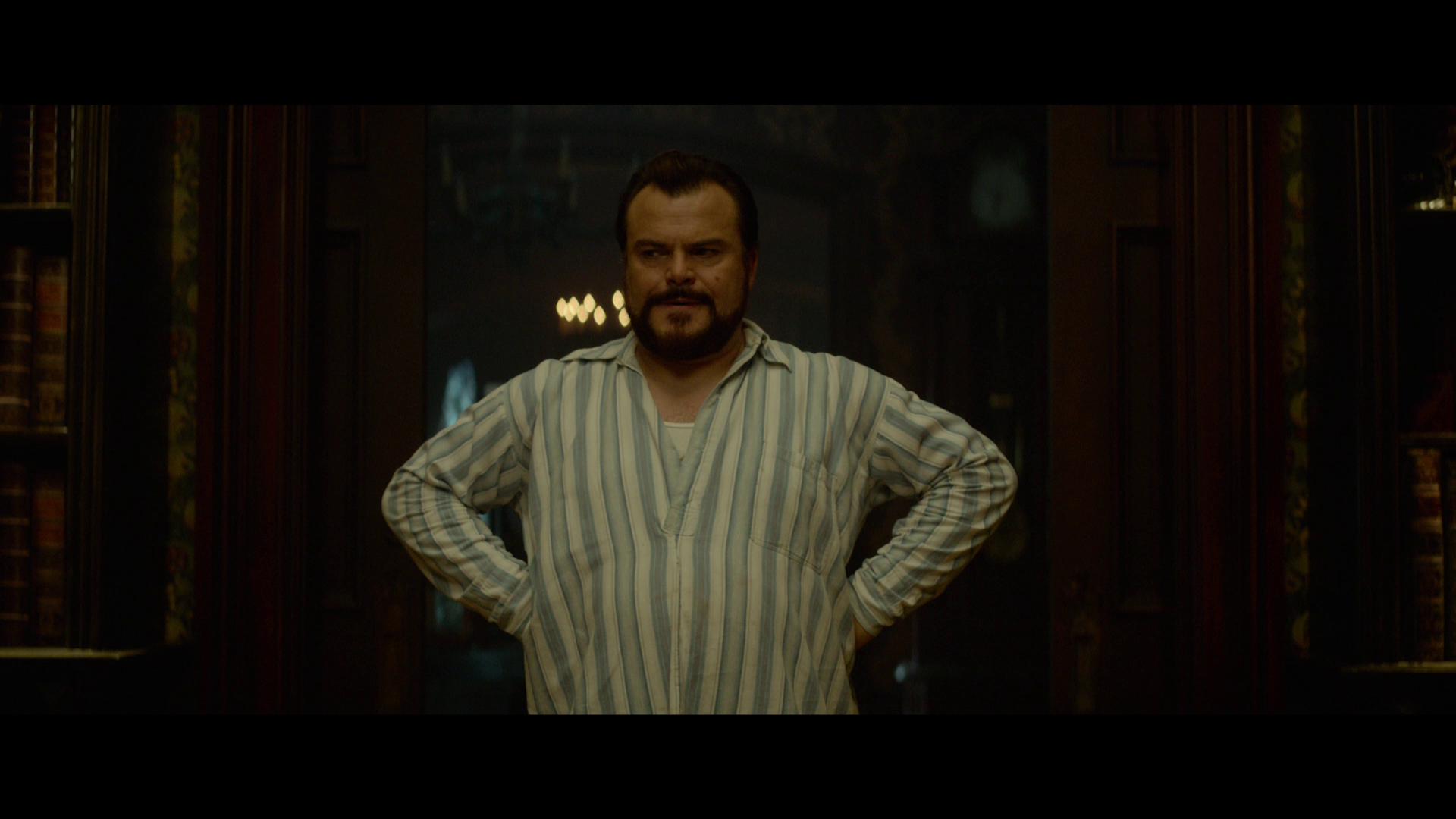