The horror/comedy hybrid is a challenging balance, knowing how to shift from tension to laughs and back requires a deft hand not only behind the camera but at the writer’s table and in the actor’s craft. In the 1980s, the heyday of horror filmmaking, audiences were treated to some of the more adventurous directors and screenwriters flexing their muscle in a subgenre of the film industry that was booming. While names like Wes Craven, John Carpenter, and David Cronenberg came to widespread prominence during this period, other names have been, for one reason or another, remained hidden in the shadows. In the case of House and House II: The Second Story, we see three of these names united: Steve Miner (director of Friday The 13th: Part II and Friday The 13th Part III: The Final Chapter), Sean S. Cunningham (director of the original Friday the 13th and noted producer of horror films), and a filmmaker and writer whose body of work is as legendary as it is limited: Fred Dekker (director of The Monster Squad and Night of the Creeps). Now, Arrow Video brings the first two films of this series to high definition for the first time in a beguiling box set (consumers in the EU and UK will see a similar set, but their release includes all four films). Does this set bring down the house? Let’s dive in.

Few tropes are more familiar than the haunted house, and that setting is used to strong effect in the first film in the series. After his son went missing in the pool behind their home, successful writer Roger Cobb (William Katt in an uneven performance) and his wife, soap actress Sandy Sinclair (Kay Lenz) divorce and move away, leaving the house in the charge of his aunt. When she hangs herself in the bedroom, Cobb returns to the house to confront his demons and attempt to finish his book about his experiences in Vietnam, where he lost his best friend “Big Ben” (Richard Moll). Soon, the specters of Ben’s death and the disappearance of his son begin to manifest throughout the house, tormenting him first with sounds and hallucinations before a full on demonic incursion begins. Roger will eventually confront the man responsible for all of his grief within the confines of the house.

House was Dekker’s first screenwriting and credit, and it reunited the team of Cunningham and Miner that gave rise to one of horror’s most enduring franchises: Friday the 13th. Somehow, their attempt to blend horror and comedy within a fairly bleak plot manages to be, by and large, successful. House‘s true magic comes from its ability to juggle its heady themes within a film that is sillier than the poster lets on: despite the main character dealing with stresses from the child disappearance, divorce, PTSD, survivor’s guilt, and the actual supernatural, we’re treated to a film that oscillates regularly between genuine chills and virtual slapstick. Miner struggles at times to bring the right tone to each scene, so the film does have a distinctive uneven quality to it, but there are some real strong scenes working here (even if “Vietnam” barely manages to pass for a greenhouse). 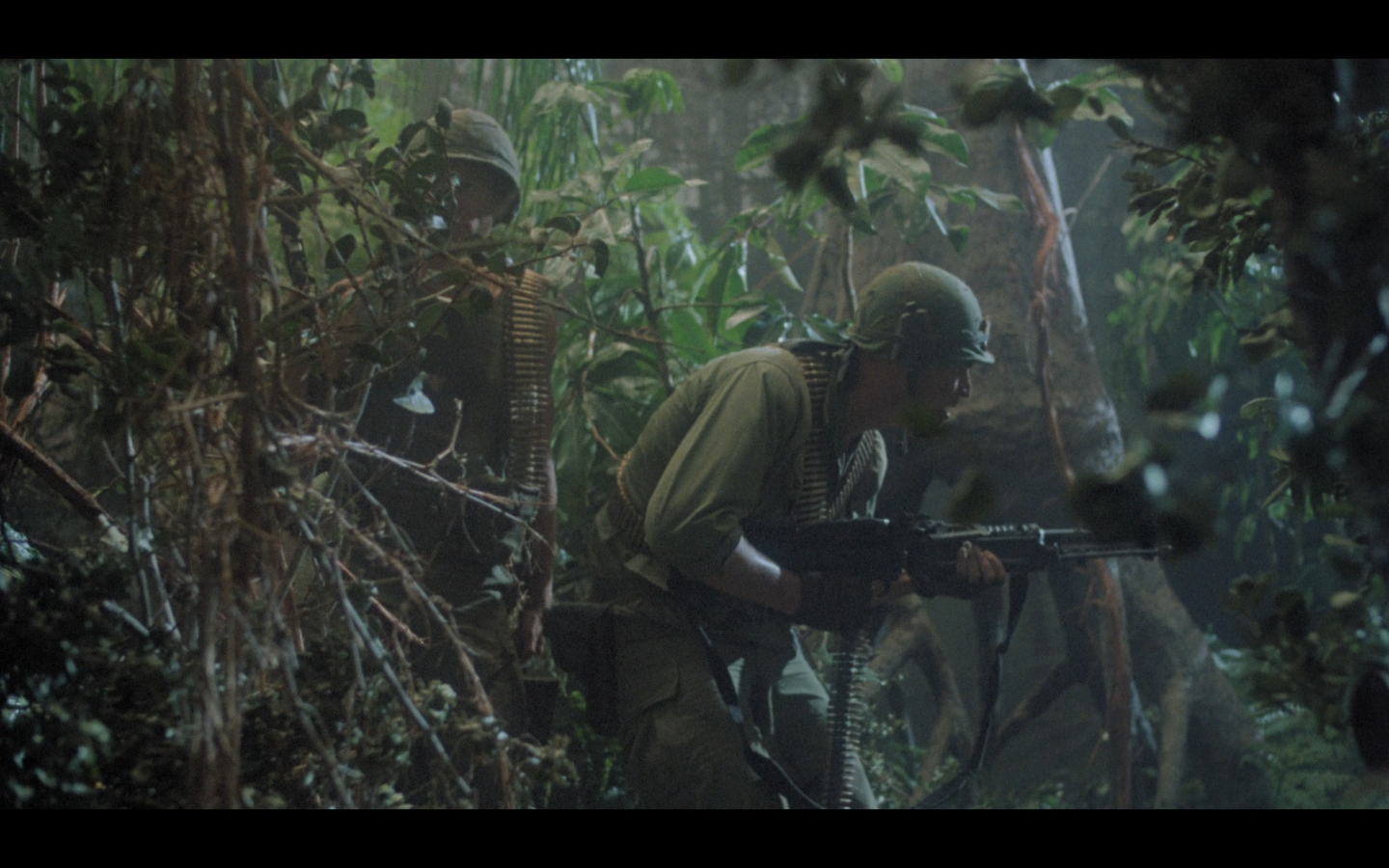 House II: The Second Story, unlike its predecessor, is almost universally hated. Despite coming from Dekker’s pen, House II decides to forgo the interplay between comedy and horror that marks so many of Dekker’s scripts in favor of pure slapstick with an undead angle to justify the sequel. Unrelated in every way to the events of the original House, House II sees Jesse (Arye Gross) and his girlfriend Kate (Lar Park Lincoln), along with two friends, delve into the mysterious history of the home he inherited from his dead parents. Within its depths, Jesse discovers the final resting place of his great-great-grandfather “Gramps”, who has managed to wrest one of the famed “Crystal Skulls” from an ancient temple. Using the power of the skull to resurrect “Gramps”, Jesse and company soon find themselves on a parade of adventures through time. 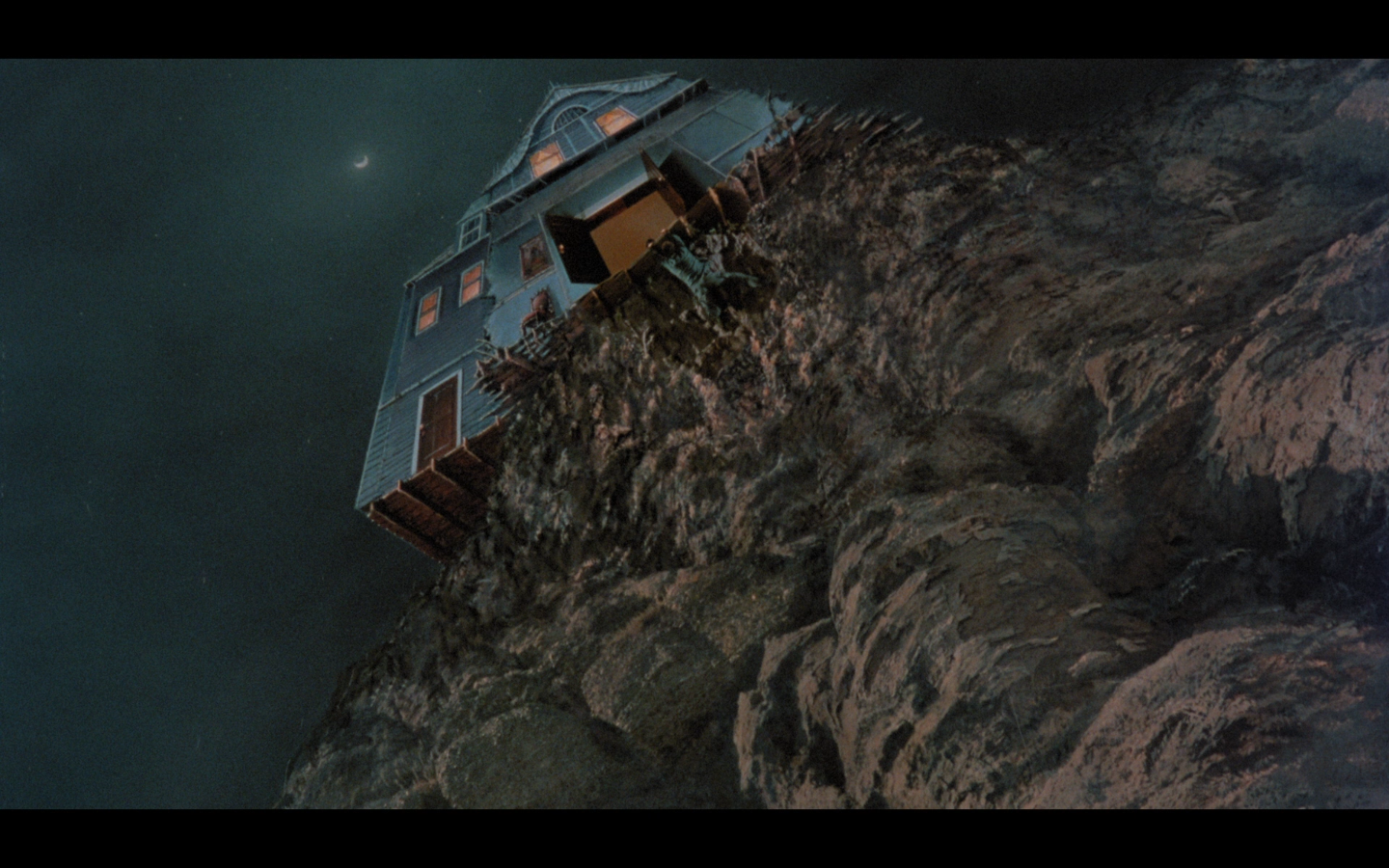 House II: The Second Story is, by and large, a bonkers film. Competently made and boasting the same impressive practical effects that made the original stand out, House II fails utterly on the basis of its narrative. Stakes are minimal and often murky and the characters struggle with even the most basic motivations. Despite all of this, one can have some fun with the film if they’re willing to set aside a desire for a rewarding narrative. Appearances from John Ratzenberger and a fully-mulleted Bill Maher are nice additions for a little extra star power.

Arrow delivers both films to high definition with the star treatment they’re becoming increasingly known for in cult circles. Each received a new 2k scan from an available interpositive, although House‘s treatment was conducted on a 4k capable device. Despite the pedigree difference, the two scans are virtually identical in terms of quality. Colors are rich and varied and shots from all ranges are able to pop in ways that Friday night VHS bingers could never have dreamed of. While some may see that as a distraction, especially when it comes to the practical effects, the creature work done here is finally able to be admired in stunning image quality. In both, there is an argument to be made that the color balancing may have sided on a richness that ultimate distracts from the picture as a whole, but I felt it did justice to the scenes where color was used abundantly. While minor grain issues can persist throughout, they tend to vary in intensity from scene to scene and on a whole I was extremely impressed with the VIP treatment both films received on the visual front. 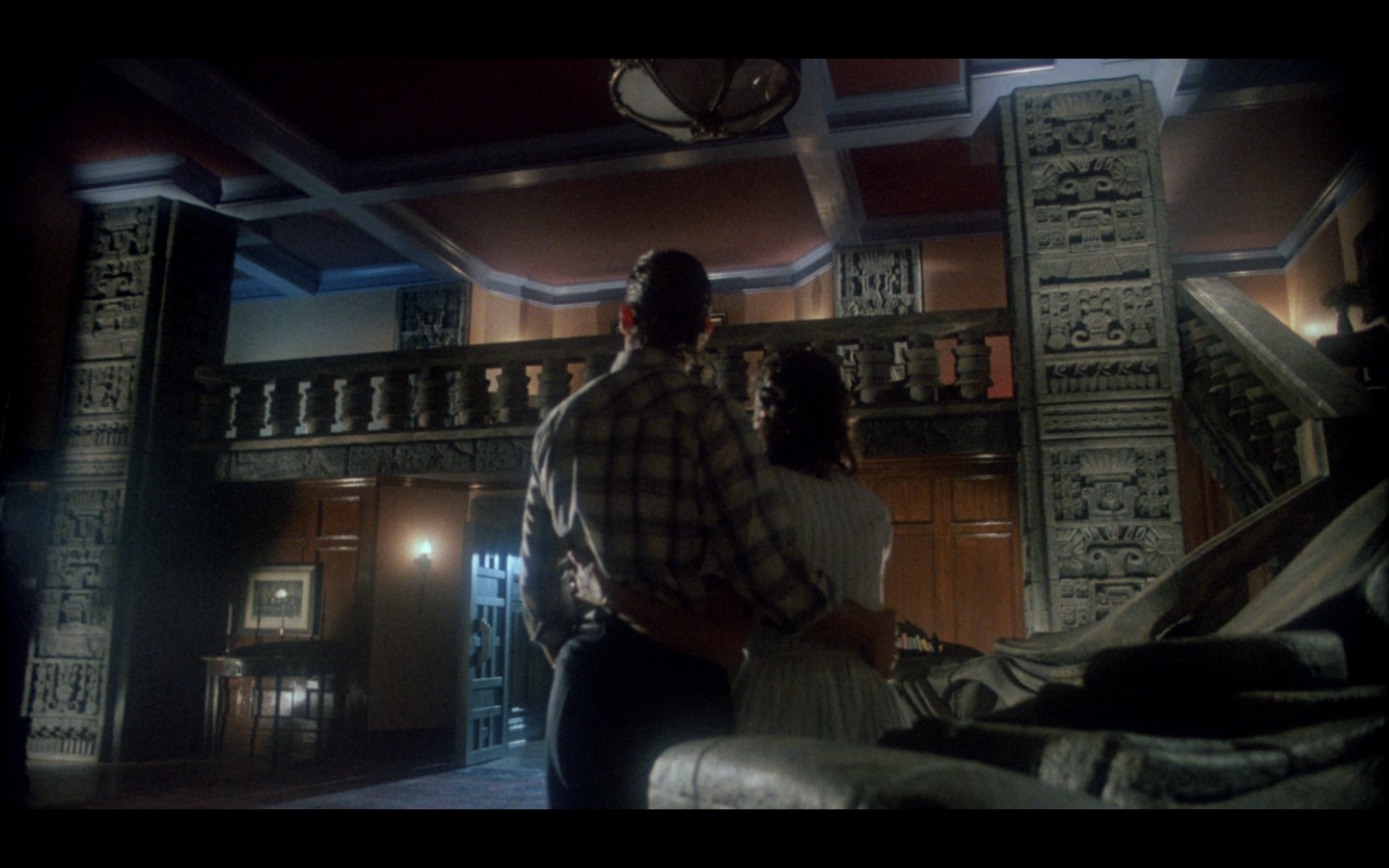 Like the visuals, House: Two Stories brings the goods on both releases when it comes to the audio presentation.  For House, Arrow brings the first film to high definition with three different tracks to choose from: the original mono presentation, along with a 2.0 Stereo track as well as a DTS-HD 5.1 surround option. The surround sound option is the clear standout, utilizing all of the channels available to provide a robust and enjoyable surround experience. Dialogue is properly prioritized without overshadowing the score and the mix itself manages to be quite engaging without blowing out your speakers. It’s very strong. House II receives nearly the same treatment, however it’s missing a mono track. Again, the surround sound option is the clear winner. I would suspect that the same folks handled both films, as again we’re treated to a robust track that takes full advantage of all of the channels available. 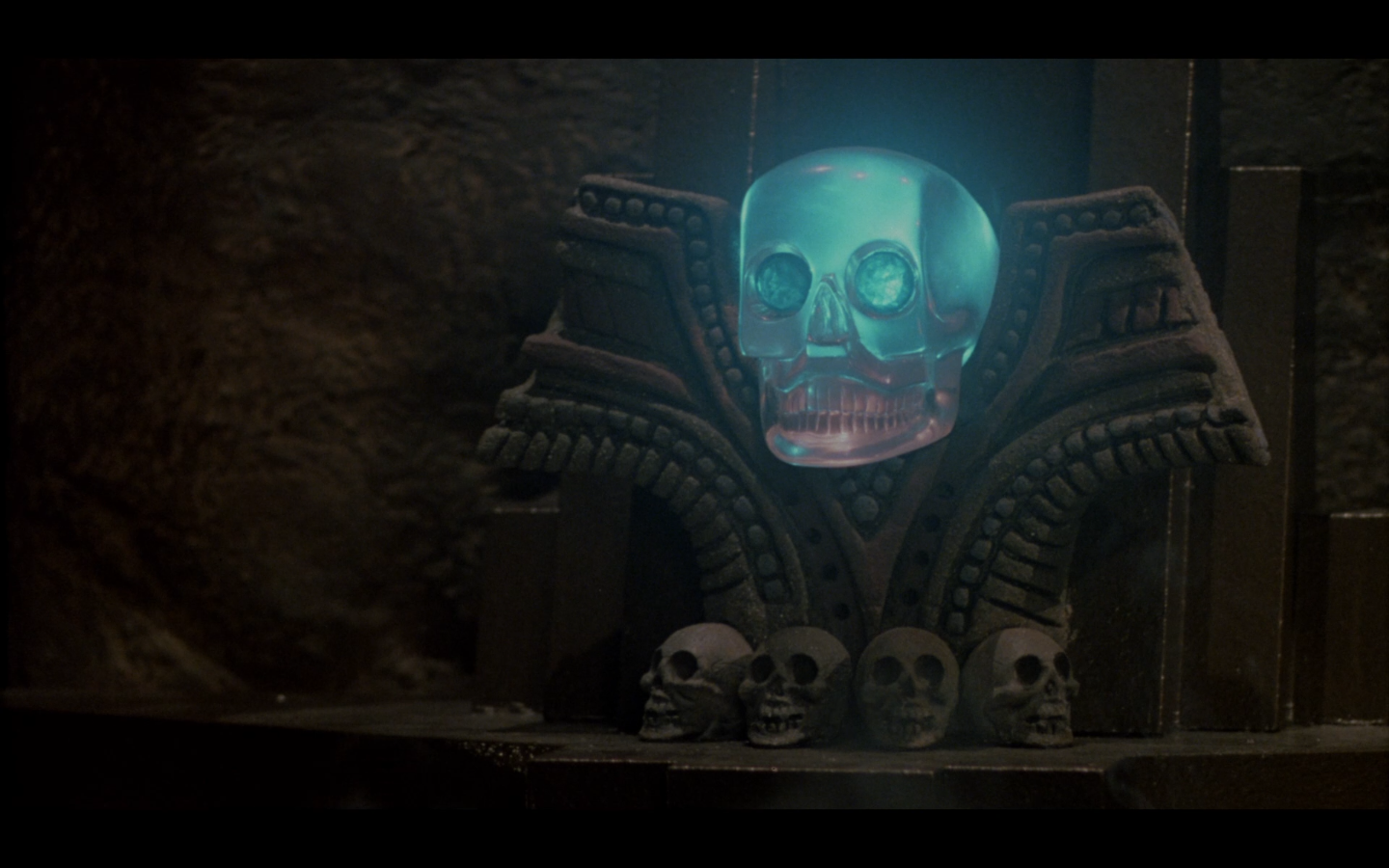 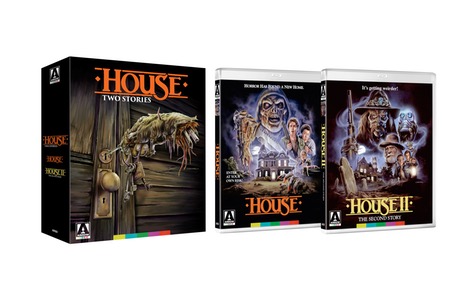 Arrow gives these films a sumptuous presentation that is becoming the hallmark of their releases. Each individual case features reversible cover art that features the new artwork commissioned for these special editions as well as the original poster work on the inverse. Joining the discs is a 60-page hardcover book featuring a large collection of archival photos accompanying a new essay by film critic and researcher Simon Barber, helping to locate the place the House films occupy within the larger horror zeitgeist. Together, these three items are kept in an attractive and firm slipcase that features another piece of new artwork unique to this release. It’ll look absolutely fetching in any collection as a featured item and talking point. In addition, each disc features a new, robust, and engaging documentary on the making of the film. Each documentary features a wealth of persons who were engaged in the making of each film including producer Sean Cunningham, legendary stuntman Kane Hodder (best known for his turns behind the mask as Jason Voorhees in the Friday the 13th films), and composer Harry Manfredini.  From Arrow’s database: 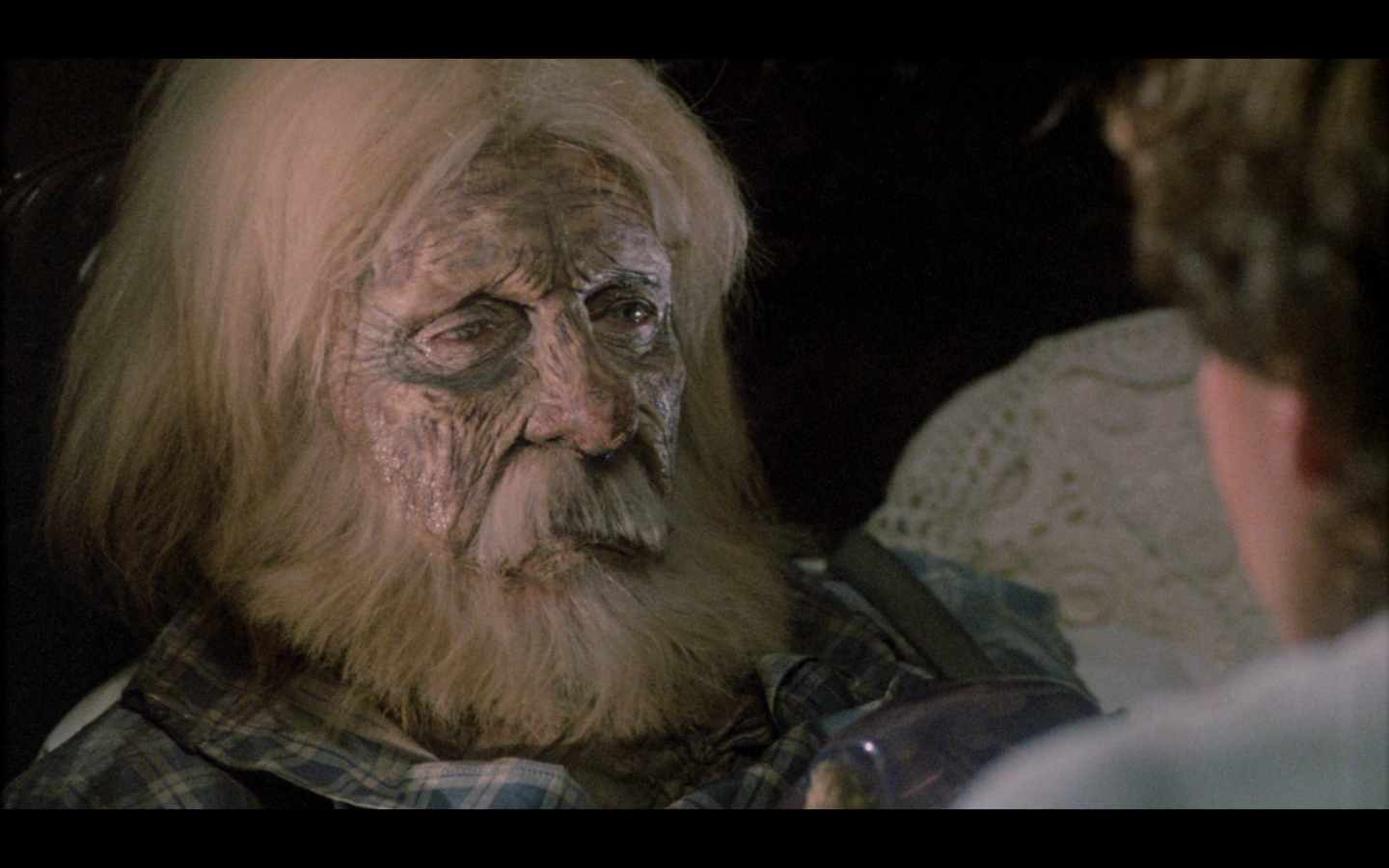 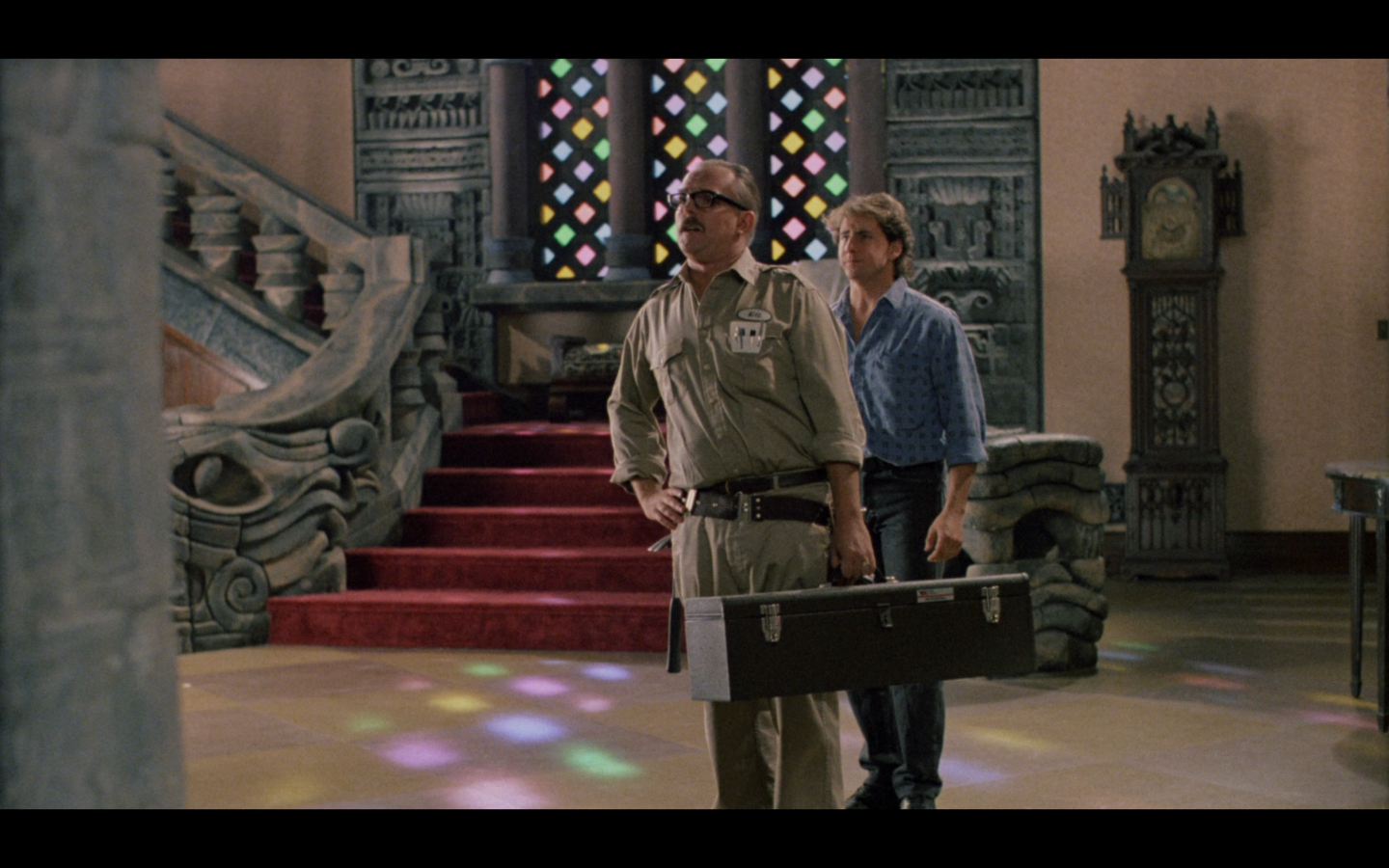 Like clockwork, Arrow Video pulls another film series out of the abyss of the VHS era and delivers it into our waiting hands with the star treatment. Both films have never looked or sounded better and they’re brought together in a sharp presentation that features two strong, comprehensive documentaries, not to mention a booklet, that should sate even the most voracious fans of this oft-overlooked franchise. While we may never see the other two films in the series make landfall here in America with such a kind treatment, there’s no doubt about it: this set is killer.