Hotel Artemis is a 2018 dystopian thriller film that was written and directed by Drew Pearce, in his feature film directorial debut. It stars Jodie Foster, Sterling K. Brown, Sofia Boutella, Jeff Goldblum, Charlie Day, Brian Tyree Henry, Jenny Slate, Dave Bautista, and Zachary Quinto. The plot follows Jean Thomas, a nurse who runs a secret hospital for criminals in futuristic Los Angeles. It was released in the United States on June 8, 2018, and received mixed reviews from critics, who praised the cast and the premise but said “it doesn’t exactly punch above its weights in terms of originality or impact given the intriguing pedigree.”

Development for the project began in November 2016, when it was announced that Jodie Foster would star in the film with a script to be written and directed by Drew Pearce. Filming started in downtown Los Angeles in May 2017 and lasted 33 days. Before filming began, Lionsgate Films acquired the international distribution rights at the 2017 Berlin Film Festival, with WME Global dealing with the North American Released. During its US theatrical run, Hotel Artemis was released alongside Ocean’s 8 and Hereditary, and was initially projected to gross between $5 and $9 million from the 2,340 theaters that played it during opening weekend. However, after making $1.1 Fillion on Friday, estimates were lowered to $3 million. It went on to debut to $3.2 million, finishing eighth at the box office. 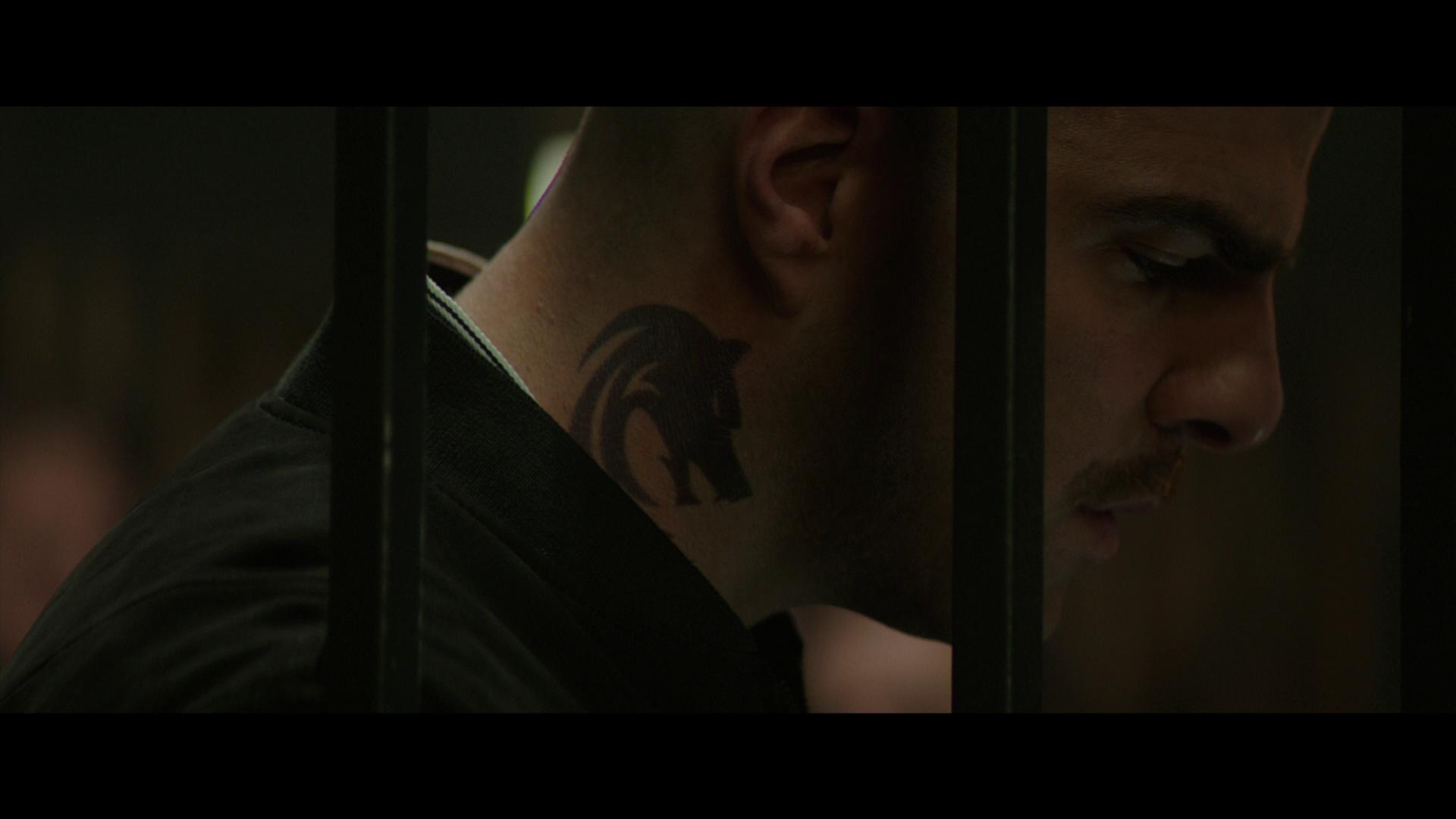 Hotel Artemis is a movie that bears a pretty solid cast to pack in an unmeasurable amount of wit, and gives its viewers a serviceable chunk of futuristic violence. While the movie lacks a lot of substance and is very anticlimactic, going into it with an open mind made me start to consider a variety of angles with everything as it unfolds. Overall, the movie was fun and is certainly open to interpretation; but it certainly wasn’t one of my favorites in recent times. 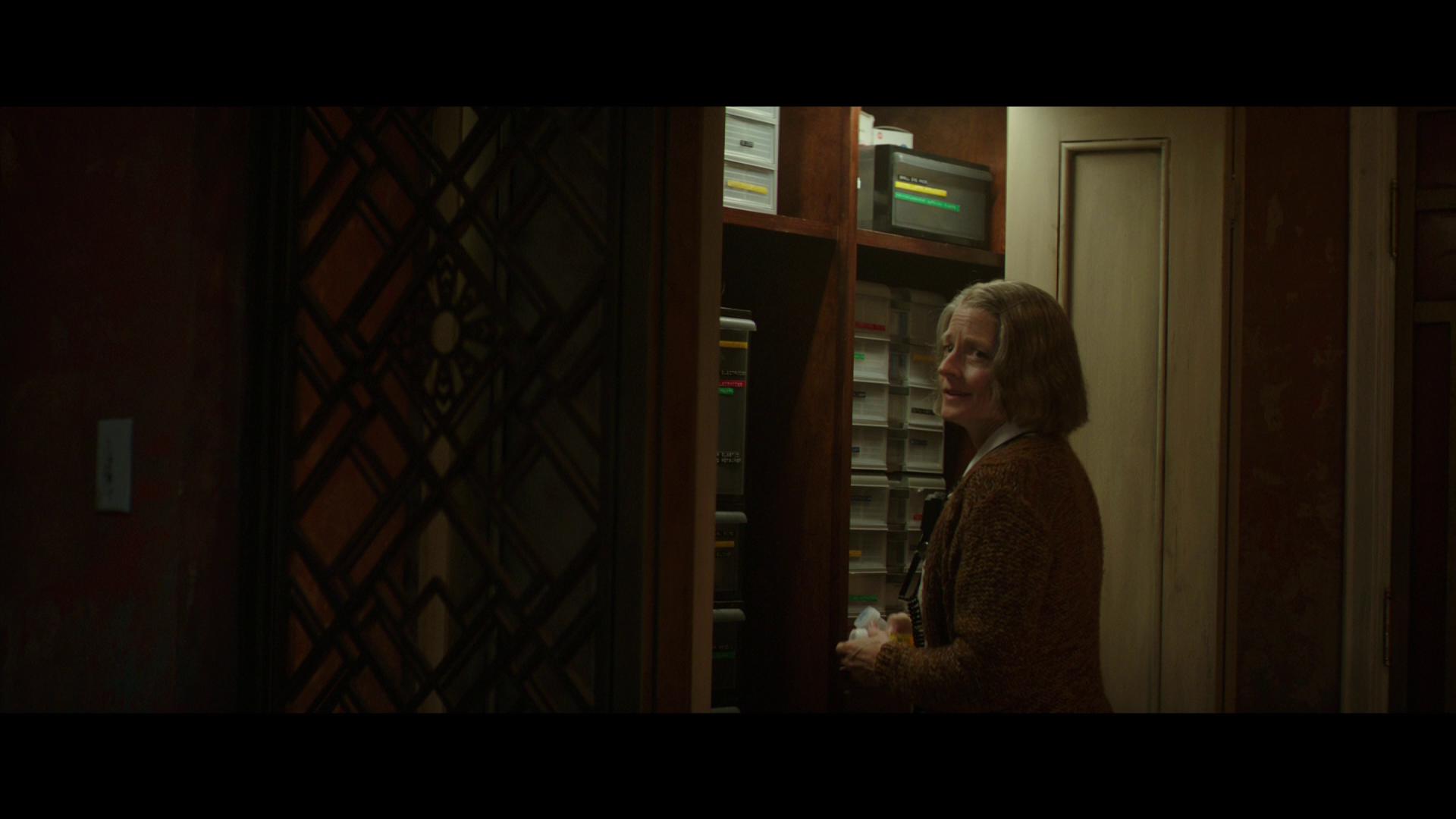 Hotel Artemis, being that it’s an upscaled release or “fake” 4K looked pretty damn good as it played out on my living room tv.  The more nitty gritty details of the story stood out with it, and really helped to relay the severity of the society in that dystopian time.  The colorization really popped with this release, especially in those action sequences that featured some blood or gore as injuries were sustained.  The flow of computer-generated effects, and objects blended into the scene very nicely, making them feel all the more realistic and allowing for everything to simply feel as it you were right there. 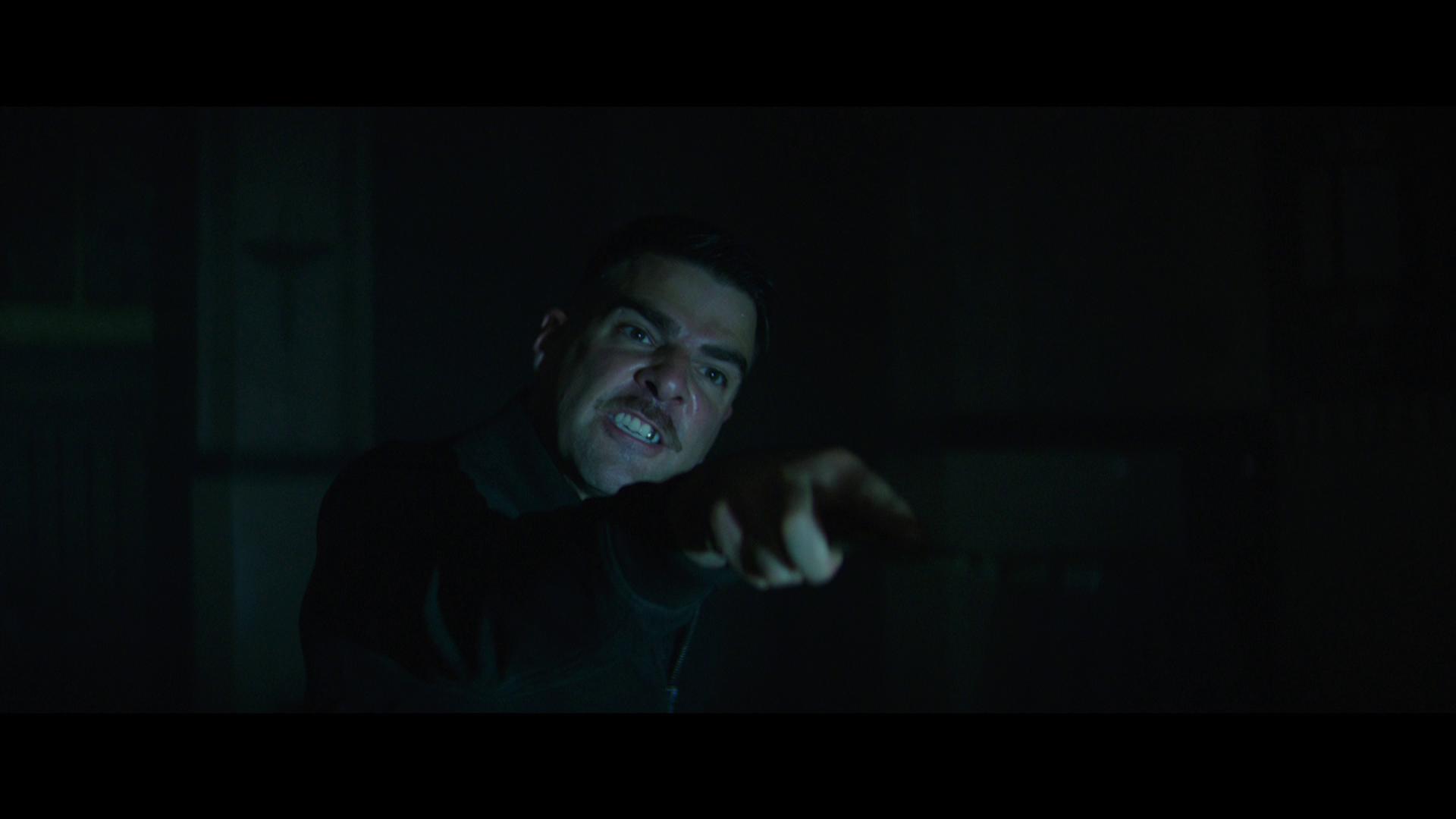 Packaged with a DTS-HD Master Audio 5.1 mix, Hotel Artemis tries everything that it can to offer an all out immersive experience for its viewers.  While I do feel that it would have been significantly better had they included the surround channels in this track, the audio that was provided was powerful enough to grab mine and my wife’s attention and ensure that we were paying attention straight through until the end.  Dialogue is clean enough where everybody is able to be heard and understood without the need to adjust the volume levels as it progresses.

The 4K UHD release of Hotel Artemis comes packaged in your standard two-disc 4K UHD amaray case.  Within that case is the standard 4K UHD copy of the movie as well as the standard Blu-ray copy, neither of the discs include any artwork that’s related to the movie whatsoever outside of the standard release text and solid colored background.  Unfortunately, there are no digital copy redemption pamphlets included nor are there any slipcovers included with this release. 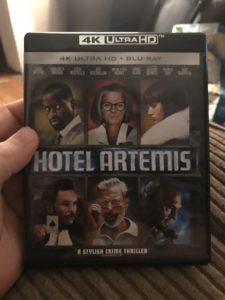 The 4K UHD copy of Hotel Artemis comes bundled with a single special feature, that feature is pretty extensive as the director and one of the producers share their experiences as they worked on the movie; however, I feel there really could have been more included with this release.  Especially more in terms of additional content that would allow for expansion upon the storyline as there were a lot of unanswered questions as I reached the end of this movie.  Included with this release is: 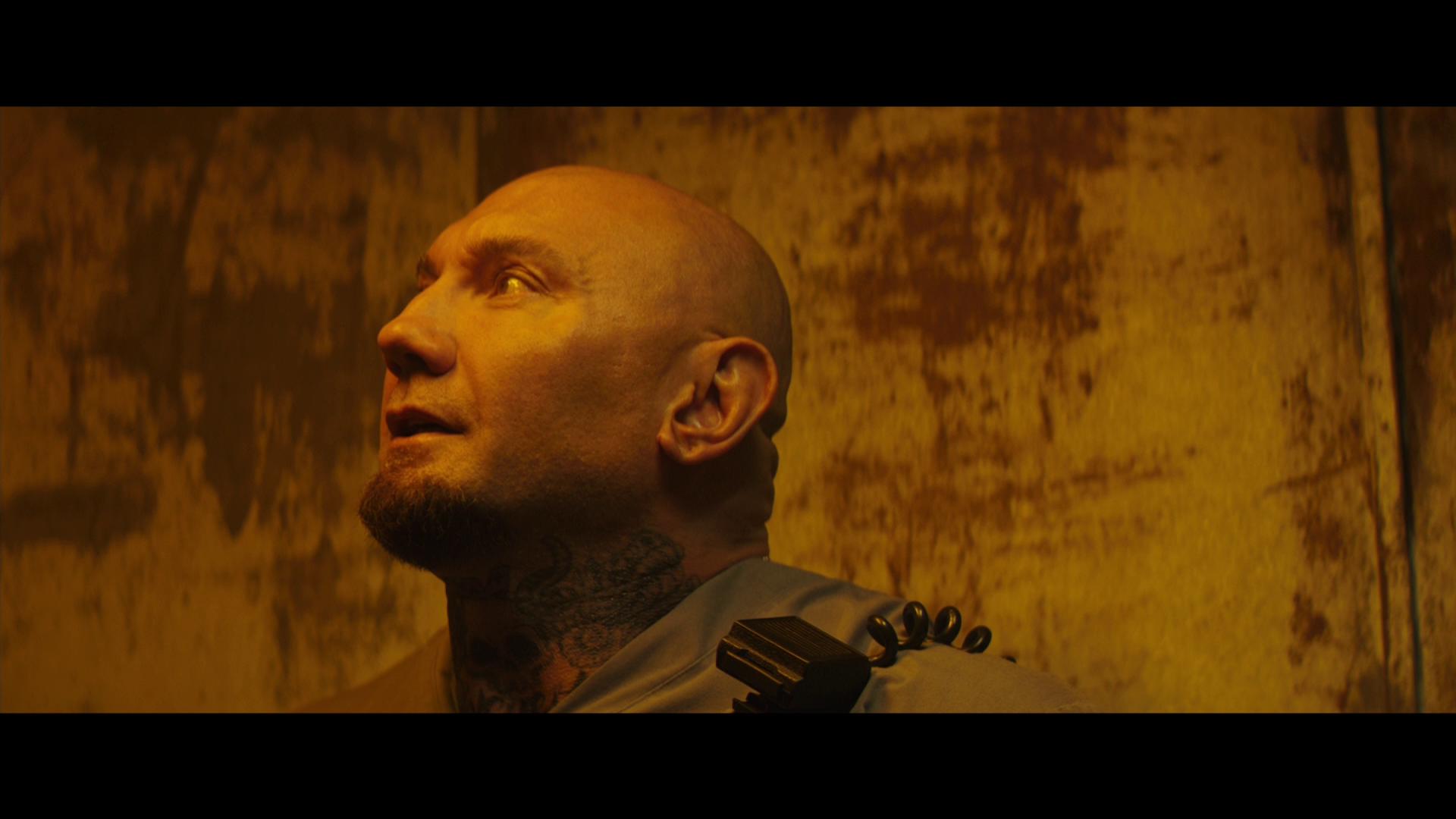 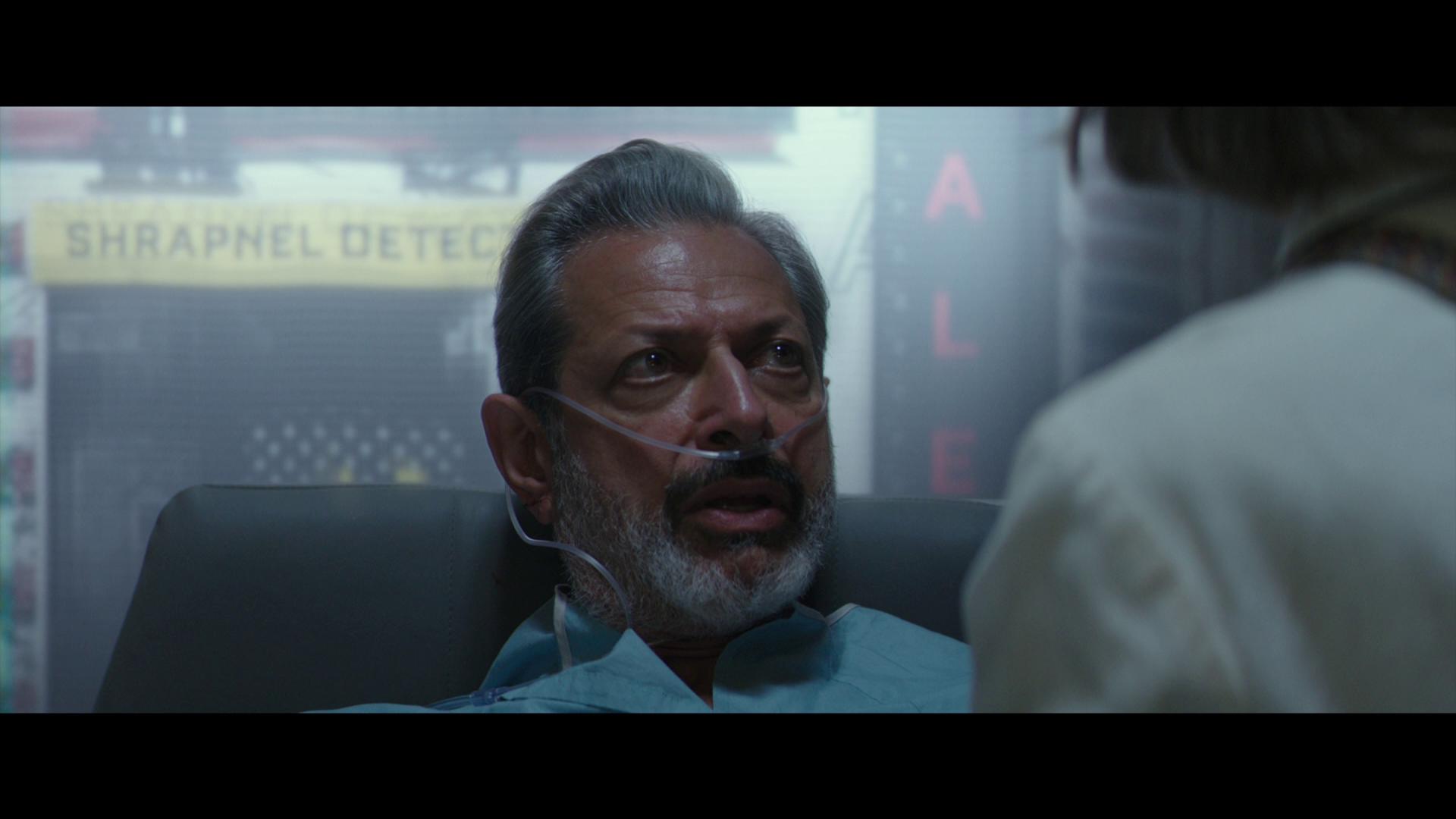 Overall, I was pretty unsatisfied with Hotel Artemis as the story as a whole doesn’t really measure up to the name behind the cast and crew.  It was an interesting concept, but ultimately it failed to deliver.  The performances of the stars were really nicely done, and I can certainly appreciate that.  The visual performance of the 4K UHD release was solidly done and really exceptional with its utilization of HDR; however, the audio, while it was clean, really would have been a lot better had they opted to go with a 7.1 mix at a minimum.  Special features do leave a lot to be asked for as they only included the optional audio commentary.  If you’re considering this release for your collection, I can’t really recommend it.  But, if you are going to check it out, rent it before committing yourself to a purchase.