As monthly subscription boxes have picked up serious steam in the last few years, it was only a matter of time before someone took advantage of the physical media market, and Horror Pack has done just that. They were the first subscription box that I had heard of that was offering a Blu-ray option, and being one of my favorite genres, signing up for Horror Pack was a no-brainer. Of course, it took me a bit, as I was a little worried as to what Blu-rays I would receive, and what value the pack would add to my collection, especially since I already owned 1,600 titles, many of which were horror movies.

I finally decided to take the plunge and signed up for Horror Pack this past month in time for their March Horror Pack, and I wanted to share my first impressions with our readers, as I am sure I am not the only one who was on the fence. Thankfully, I was very pleased with my first month, and I am very excited for next month’s box to show up in my mailbox.

If anyone was at all worried about the initial sign-up for the Horror Pack, I can put your mind at ease. It is literally as simple as choosing a plan, putting in your payment method and shipping address, and waiting by the mailbox for your pack to arrive. There are a few different options available, which are outlined below. 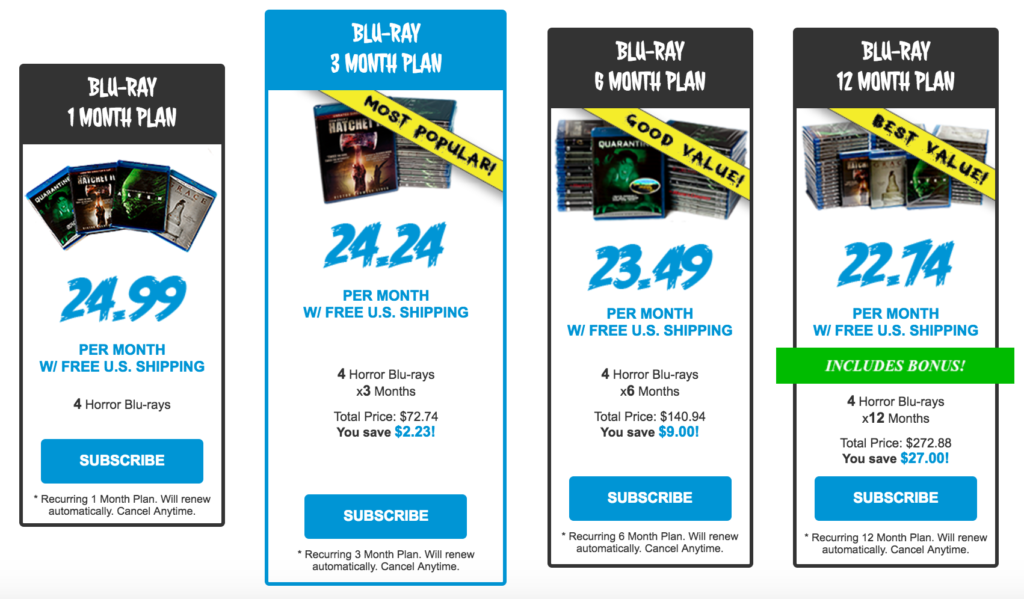 I opted for the 12 month option, simply because I wanted the extra bonus at the end of my subscription. I know that last year it was the Pan’s Labyrinth Mondo steelbook, so fingers crossed for something similar this year. I think that most people do opt for the 3 month pack, or the 6 month pack, at which time you can evaluate what you have received and see if it is worth continuing. I was willing to take the risk to build my collection since I know that any duplicates will be good pieces to trade or give to friends and family. However, I do not see that being much of an issue, as even with 1,600 Blu-rays in my collection, I did not receive a single duplicate this month.

My Horror Pack Has Arrived

I received tracking for my Horror Pack via email when it shipped, and just a couple of days later it was sitting on my doorstep. It came packaged in a very secure cardboard box, with an extra padded envelope on the inside which is where the Blu-rays are contained. This is a great way to package these movies for collectors, as it adds an extra layer of security and protection and ensures that your Blu-rays arrive in excellent shape.

I opened the pack and dove right into the unboxing, and needless to say, I was very pleased. I first got an IFC Midnight title, Stung, which came with a very nice slipcover. This movie is essentially about killer wasps, and so if you have an insect phobia, I do not recommend it! Stung was a Blu-ray I did not own and had actually never heard of; all the better, as that is why I signed up, to try some new movies. Next up was Psychotica, (actually called Nostrum on IMDB) which is an indie horror movie that looked like it had a very interesting premise. The simple synopsis on the back cover stated “A group of friends head out to an abandoned farmhouse to kick a nasty habit. Little do they know that they are in for the night of their lives.” Count me in! It definitely sounds interesting enough to give it a try, and was new to my collection as well.

My next title was actually an older Heath Ledger-led horror movie that was also new to my collection by the name of The Order. The film is about a priest who is sent to investigate the mysterious death of the leader of “his order”. I will watch just about anything with Heath Ledger, and Mark Addy (Game of Thrones) co-stars, so I am excited to check this one out. It seems to be a bit of a different style than the rest of the pack, but pretty interesting all the same. 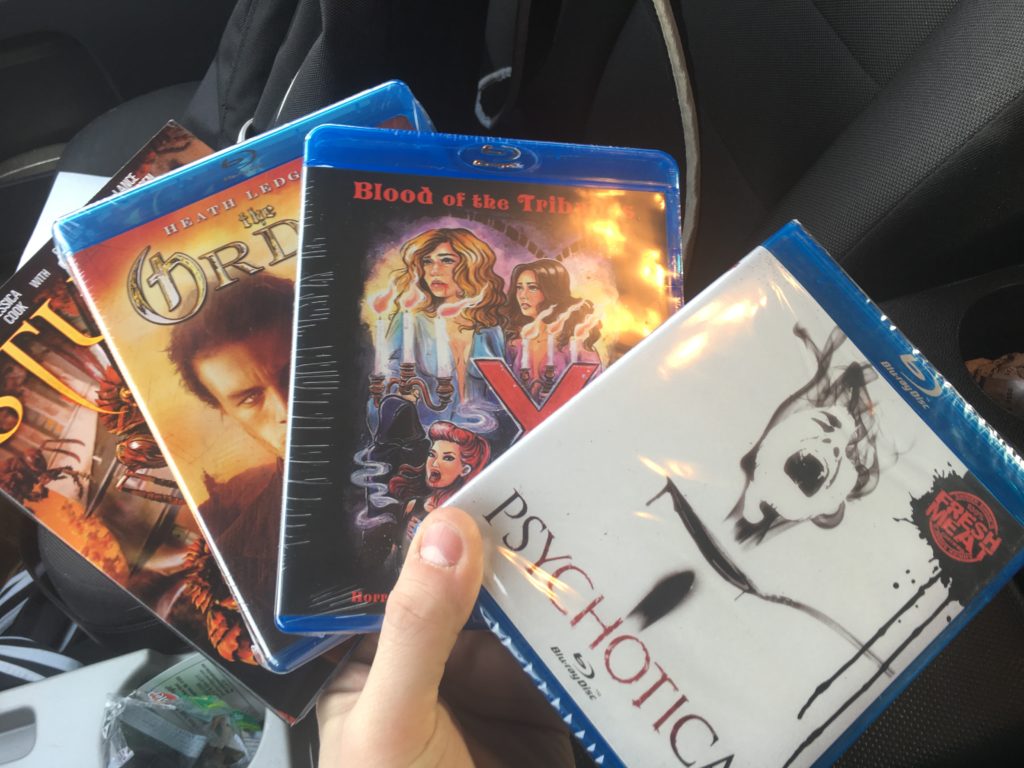 Finally, I got to the best part of each month’s Horror Pack: the limited edition Blu-ray. Each month, the Horror Pack features a Blu-ray which you can only get through their subscription service, and this month it happened to be the indie vampire movie Blood of the Tribades. This release is very cool because you get to support an indie film, but you also get a uniquely branded Blu-ray release, which has the Horror Pack logo on the back, and is numbered to match with the rest of your Horror Pack Blu-rays if you start to collect them. For instance, this one was labeled “8”, so now I have 7 more titles I need to go find!

So, thanks to our great community and our Internet powers, we have a pretty good offer available for anyone who wants to try out the Horror Pack for April, but let me first tell you why this is a great time to sign-up. It has been confirmed in April that the limited edition Blu-ray will be signed! I have no idea what it will be, but any time you can get a signed copy of a Blu-ray release, it is an awesome addition to any collection. Of course, you get this for the same monthly price, so now is as good a time as any to sign-up for the Horror Pack. 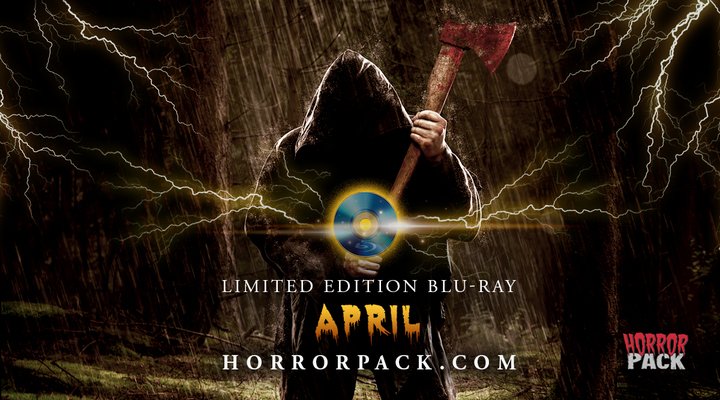 Now to the offer. For anyone who signs up for Horror Pack through our link, you will receive $3 off your initial sign-up. This would make a single month just $21.99, so you will get four Blu-rays for just about $5 a piece; a great price, especially for a signed copy! Make sure you click HERE to sign-up and get our exclusive offer, and definitely leave us a comment or send us a message on social media to let us know how your first month goes, and we will certainly repost it to our social channels to share your success! I am very happy with my first pack, and I am super excited for April’s pack to get my first signed Blu-ray. Horror Pack definitely worked out well for me, and if you are trying to build a collection of horror movies for a decent price and get some new, obscure, and interesting titles to show off, this is the way to go!