What Is Horror Pack?

Horror Pack is just like any other subscription box that’s out there, except this particular subscription box is focused towards individuals who would like to expand their horizons and build a library of obscure horror titles in their DVD/Blu-ray collection. Offering two different packs, one that’s DVD only with the other being Blu-ray only, subscribers will receive one package a month containing four unique titles. Upon creating your account, you choose your plan (whether you want to go with DVD or Blu-ray). From there, the team over at Horror Pack selects titles for the upcoming month, and you wait to see what surprises arrive at your door.. Their selections are often based off of feedback from their social media outlets.

The team at Horror Pack aims to avoid delivering titles that are immediately available on streaming sites or discount bins. While this doesn’t necessarily guarantee that a title you receive isn’t available in either of those locations, those of us who prefer physical media over digital streaming that want to build a horror library really benefit from this service. Each film that comes with each month’s box are brand new copies. They do not provide any previously viewed copies of the releases.

What are the titles provided in the June 2017 box?

The Babadook is a 2014 Australian psychological horror film that was written and directed by Jennifer Kent as her directorial debut. The film was produced by Kristina Ceyton and Kristian Moliere and features stars like Essie Davis, Noah Wiseman, Daniel Henshall, Hayley McElhinney, Barbara West, and Ben Winspear and is based on the 2005 short film titled Monster that was also written and directed by Kent.

The Babadook was not a strong commercial success in Australia initially, and was ultimately given a limited release in art house theaters. However, largely after its strong reception at the 2014 Sundance Film Festival, the film generated significantly more attention in the United States and Europe, which ultimately helped its reputation in Australia. It was a major success internationally, gaining $7.5 million against its $2 million operating budget, and has since received critical acclaim. 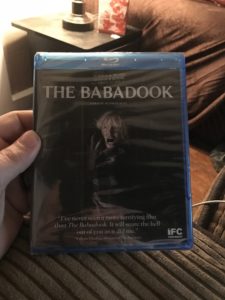 Killer Party is a 2014 horror comedy film that was directed by Alex Drummond and features Drew Benda, Stephanie, Andy Hoff, Rachael Drummond and Kurt Ela and tells us the story of a group of friends that get trapped at a baby shower when a mysterious outbreak starts turning people into homicidal maniacs. 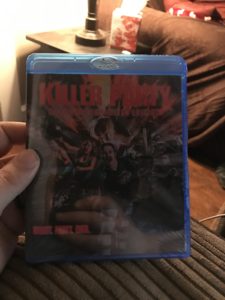 Invasion Of The Body Snatchers (1978)

Invasion of the Body Snatchers is a 1978 American science fiction horror film that was directed by Philip Kaufman and features Donald Sutherland, Brooke Adams, Veronica Cartwright, Jeff Goldblum and Leonard. Originally released on December 22, 1978, this film is a direct remake of the 1956 film that operated under the same name, and is based on the novel The Body Snatchers that was written by Jack Finney. The story involves a San Francisco health inspector and his colleague as they discover that remains are being replaced by alien duplicates; each is a perfect copy of the person replaced, only completely devoid of human emotion.

Invasion of the Body Snatchers was considered to be a box office success, and was very well received by film critics. In fact, it is considered by some to be among the greatest film remakes. 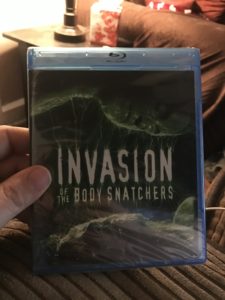 Outpost: Rise Of The Spetsnaz

Outpost: Rise of the Spetsnaz (or otherwise known as Outpost 3) is a 2013 British sci-fi horror film and the third entry in the Outpost film series. Unlike its predecessors, Outpost and Outpost: Black Sun, Rise of the Spetsnaz was not directed by Steve Barker and was directed by Kieran Parker. Kieran had served as producer on both of the prior film. Having it world premier on June 27, 2013 at the Edinburgh International Film Festival. This film serves as a prequel to the series and is set during World War II and expands upon the creation of the invincible supernatural soldiers. 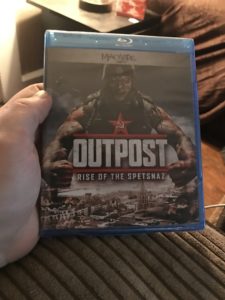 Do you like obscure horror films?  Do you want to expand your horizons and explore obscure horror films?  Then you should subscribe.  Speaking from personal experience with this program, I can’t relay how much joy it’s brought me to see what comes each month.  It’s definitely granted myself and my wife the opportunity to explore the horror genre more, and we both really look forward to seeing what comes in month after month.  If you want to subscribe, you should do so before the 15th so you can secure your spot for the upcoming box.  Horror Pack’s ship shortly after the 15th of each month, so you’ll definitely want to get a head start into the program.  If you would like to join in on the fun, then stop reading and click this LINK and save $3 off of your first month!