In what may be the antithesis of what you would expect from Daniel Radcliffe, we have the relatively unnoticed film Horns. Fresh off the Harry Potter series, Radcliffe (along with his other co-stars) is still trying to make a name for himself outside the series in an attempt to avoid being typecasted, or worse, forgotten altogether.  I can confidently say that if he continues to pick unique pictures like Horns, the newer Swiss Army Man, and the highly anticipated Imperium, he will not to have to worry.  Horns also seems like an unusual choice for relatively unknown director Alexandre Aja who has directed films such as Piranha 3D and The Hills Have Eyes, with both films having different tones altogether.  Luckily, Horns was based upon a Joe Hill novel and has a strong and interesting story to fall back on.

What’s interesting about Horns is its unique plot device.  As Radcliffe starts to inherit traits of the devil himself, such as the ability influence others and make people tell the truth, we find ourselves in the middle of some rather dark and humorous moments.  The only problem is it’s not enough to carry the movie through the strangely religious thematic moments that don’t seem to follow a specific set of rules.  More than once you find yourself struggling to figure out just what they are trying to do, and at that moment they change it on you. On the other hand, I tend to gravitate towards films that take a couple of watches to catch all the nuances that make it brilliant. 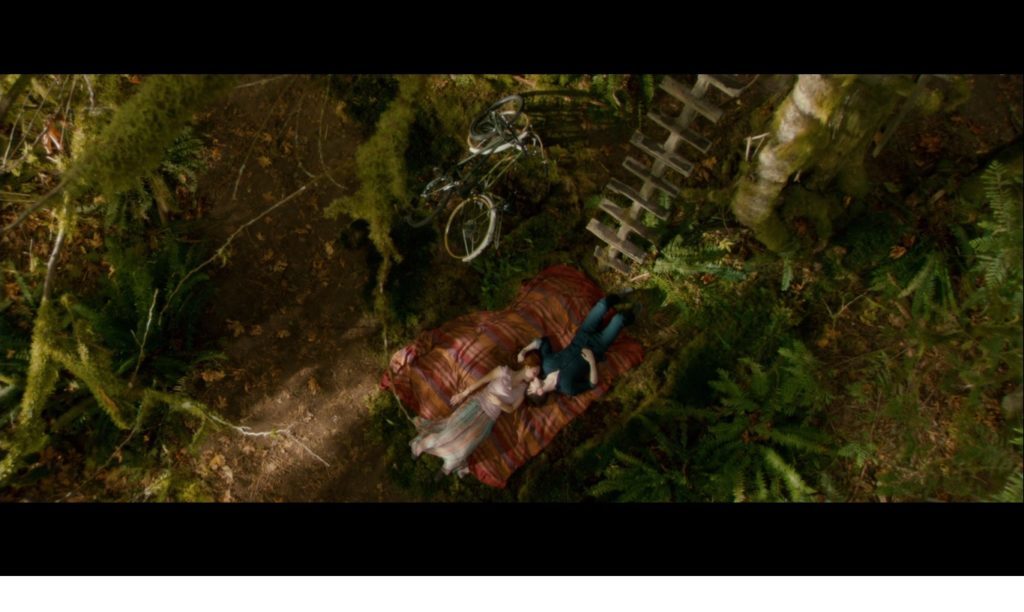 Our story follows Ig who finds himself the primary suspect, and pariah of the town, for the murder of his one true love.  After being made the (metaphorical) devil by the citizens of the town, he finds himself literally becoming a demon. Equipped with a fresh pair of Horns and the power of persuasion he takes this mystery upon himself and is desperately trying to absolve himself while also getting justice for the woman he loved.  Can he figure out what happened before his soul is completely corrupted?  You’ll have to watch to find out. 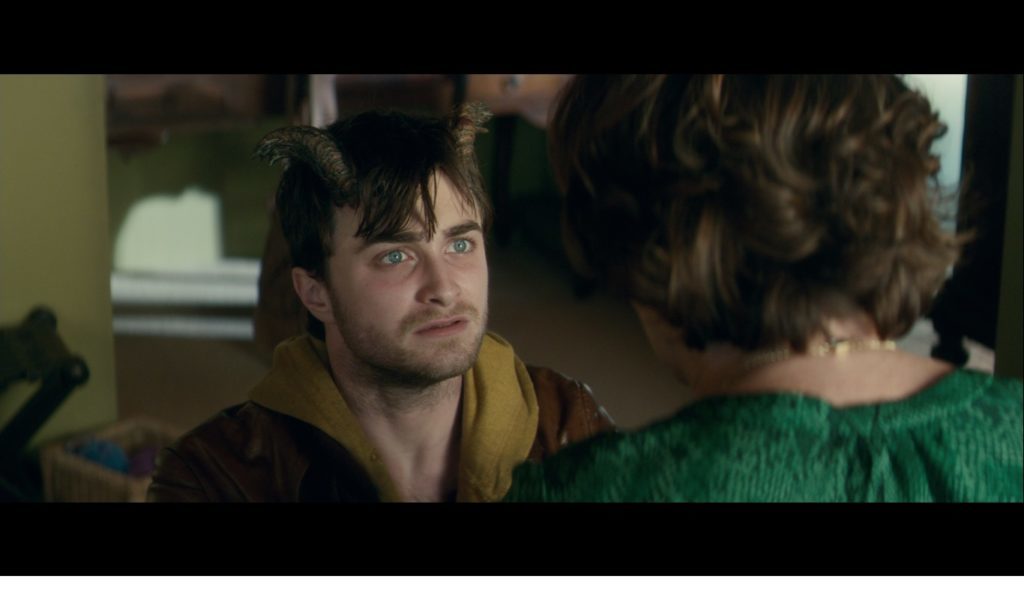 Horns does not have much in the way of grandiose filming techniques but the film takes advantage of seemingly practical effects. Filmed using an Arri Alexa, we are privy to many beautiful shots and camera tricks.  Horns is able to leverage the camera to help achieve a unique perspective. The film comes across dark and does it well.  The overall quality from one scene to another is rather consistent and tends to only add to the story overall.

I had some very serious issues with this release, some of which I can assume is the television I used; however, the volume levels needed to be so drastically different from one moment to the next in the first half hour it was hard to get into the film right away. Other than that, the film seemed to take advantage of some interesting audio moments.  One moment in particular I really enjoyed was the slowing down of a record while simultaneously slowing down the visual scene which was a rather good introduction to the overall tone of the film to come. 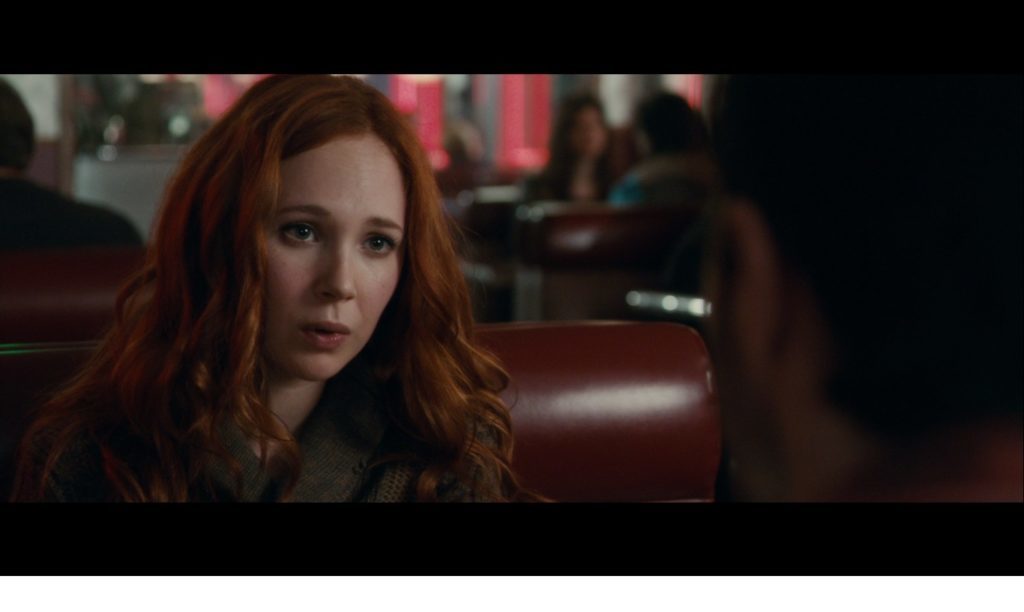 In the way of packaging there is not much to say.  What I can say is that I was surprised to see the cover that I received.  I was expecting something closer to the theatrical release poster.  What we have instead is a darker image complete with an upside-down cross made of the tagline, all-in-all making for an overall great look. As with most releases, the case itself could use some work seeing how the economy packaging has become the industry standard. 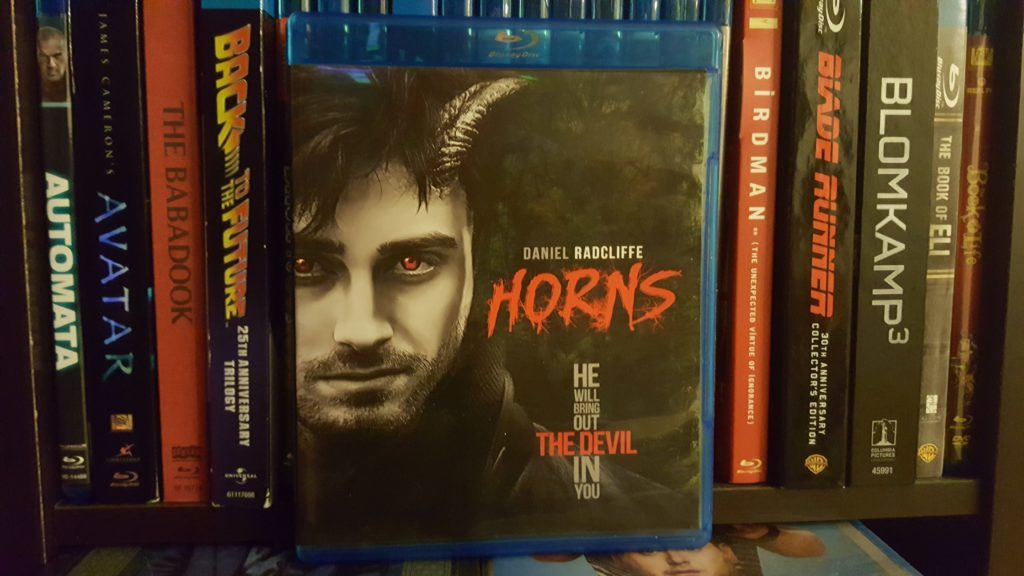 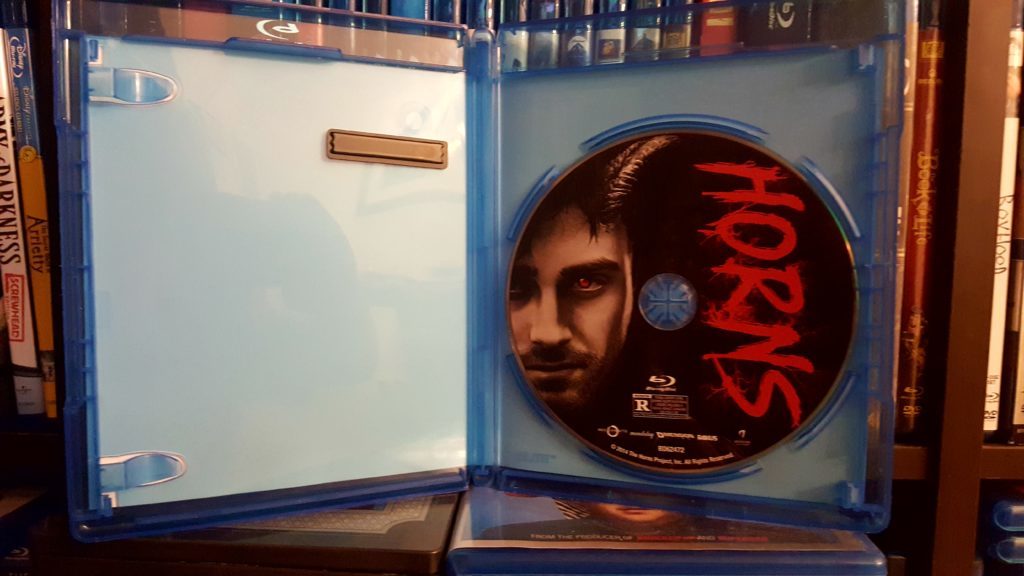 There only seems to be one special feature included in this release and that is the ever generic “making of”.  However, buried within the one feature are a couple different featurettes listed below. Each one only spans a few minutes and really does nothing to add to the overall film. We do get to hear from the author, Joe Hill, a bit which adds a sort of unique perspective.  Overall, I would have loved to have seen a few different bonus features included or at least some of the concept art would have been interesting but for whatever reason we are left with just the two featurettes. 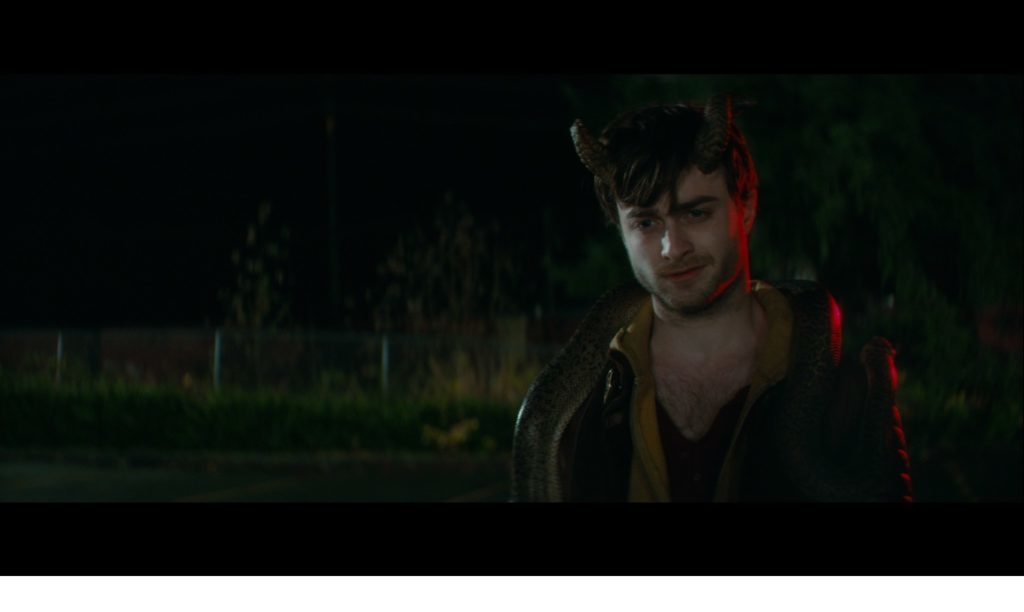 All-in-all, Horns has some issues but is enjoyable to watch.  It has a rather unique story to tell and does it with some well-timed dark humor, which I’m always for.  I think it is important to know that buried beneath the gimmick of the horns and the dark humor is a rather touching love story.  Radcliffe does well in separating himself from his former image and turns out to be quite versatile as an actor.  There are some strong acting moments sprinkled throughout and a very odd appearance from Heather Graham which both seems sad and odd for her to be in this and I’m not exactly sure why.  Horns will be one of those films that you think about from time to time because it is so quirky.  The movie works really well for most of the duration of it but starts to lose traction toward the end.  I like the idea that we can all become the most evil versions of ourselves and that, ultimately, the people we love save us from becoming that person. Unfortunately, I’m not sure this was the absolute best execution of that idea.  I definitely think this film is a great Collector’s piece because there truly isn’t anything exactly like it out there. You can purchase this edition HERE.