I have never watched a previous Honey movie. I have no idea whether Honey or Honey 2 were quality films, or whether any of their characters carry over into this film. I do know, however, that the character Honey Daniels, played by Jessica Alba in the original film, does not show up, or is mentioned in any way in Honey 3. The only tie it shares with this franchise is its name, director, and hip hop dancing. If you were expecting another grand venture into the Honey expanded universe, I fear that this may not be the movie for you. 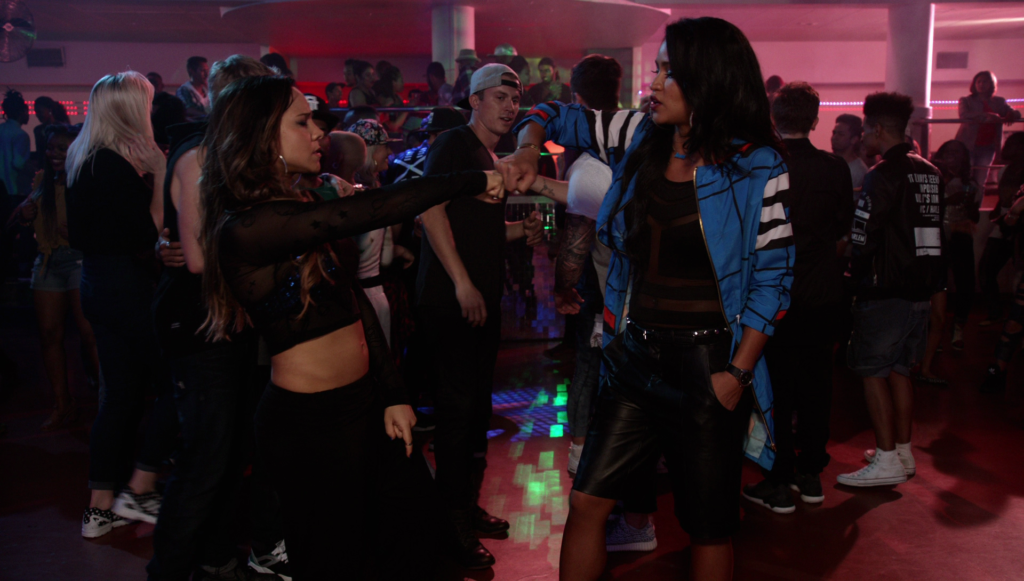 Honey 3: Dare to Dance, directed by renowned hip-hop/R&B community member Bille Woodruff, is the story of Melea Martin, a girl who travels to Cape Town, South Africa, in order to pursue a career in professional dance through studying dance at a local college. After she runs out of money and is kicked out of school, she decides to take her most personal project, a hip-hop dance adaptation of Shakespeare’s Romeo and Juliet, to a failing local theater, in hopes to revive her community, the theater, and her career as a hip-hop choreographer, while still maintaining a fruitful relationship with her boyfriend and building a lasting friendship with her arch rival Ishanti.

To get things started, I’m going to have to warn you: if you are looking for a film full of meaningful dialogue, well developed characters, a smart script, and an original story, Honey 3 might not exactly be what you’re looking for. The film’s plot is fairly unambitious, and one we’ve seen a million times, in which an outsider shows up and tries to band everyone together in order to save the community, but this time with more hip-hip, and more importantly, hip-hop dance. In order to push the story of Melea and her Romeo and Juliet show to the forefront, it leaves behind most of the more meaningful pieces of its narrative; ideas such as, well, using her skills to band everyone together to create a safer environment for children. One of the main characters has previously suffered a personal loss to the hands of gang violence, and instead of trying to reach out and create a meaning connection with those people, the film has characters reach out to a completely separate body of individuals. On top of that, the film constantly leans on generic story ideas to keep the film going, such as female rivalry, which kind of just dissipates without much development, and boy drama; this one I can’t quite figure out, as the director and creative team did their best work to get some of the most bland performances out of the two male leads at the heart of the jealousy fueled drama.

I could probably identify enough tired story ideas and tropes that can and will drag Honey 3 down for those looking for an well developed character drama, but that’s not why we’re here. Honey 3 is, at its core, all about hip-hop dance sequences, and for those that came here for some of that, Honey 3 excels and then some. The film opens up with an elaborate dance battle at a large club in Cape Town, and with all of the intense beats player in the scene, and the wonderful choreography, it’s hard to not get into what’s been laid before you. Woodruff cut his teeth on music videos in the 1990s, and it shows. Throughout the film, characters constantly break into dance, whether they’re practicing for Melea’s show, or expressing their frustration over relationship drama in a small work space at their apartment. Where the film falls flat in terms of adequate storytelling, it makes up for it with a number of well-choreographed hip-dance sequences, which could easily be separated out on their own and used to create a music video. 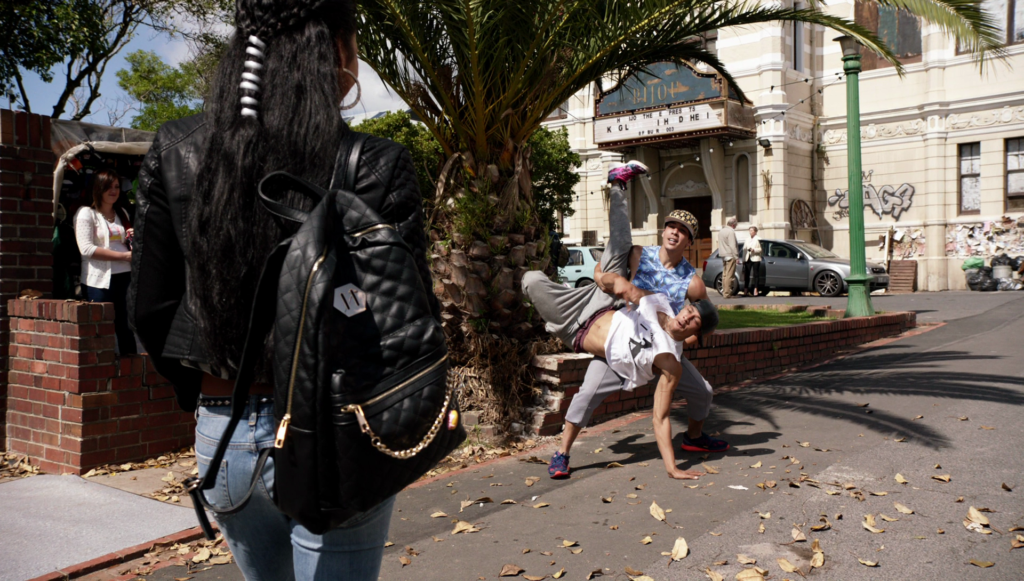 The film’s finale, which features the full performance of Melea’s hip-hop Romeo and Juliet is nearly incomprehensible except that they spend most of the film explaining what each dance sequence is going to be in rehearsals. The costumes are extravagant, the dances are fun and energetic, and even though they mutilate the ending of Shakespeare’s work, if you’ve made it this far in the film, I doubt you’ll find much fault with it. 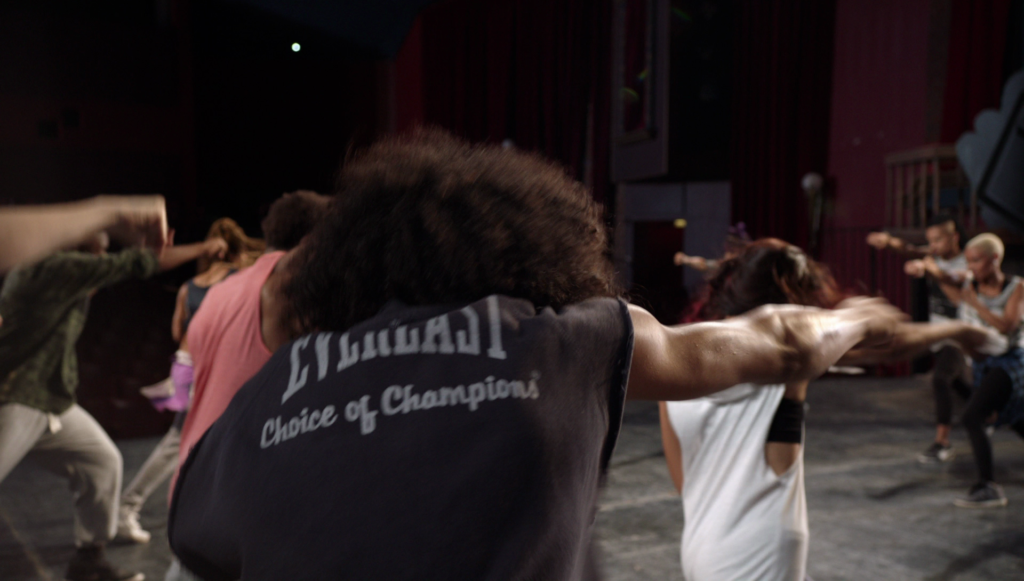 Honey 3: Dare to Dance fails as an engaging piece of cinema, with bland acting, terrible characters, and a list of meaningful story ideas that get left behind before their potential is explore. What it does work as however, is a showcase of excellent hip-hop dancing, paired with entertaining music that allows the film to transcend its mediocre movie portions. If that sounds like your kind of film, then jump right in.

Honey 3: Dare to Dance was shot using the Arri Alexa camera, but information about the shooting resolution or post-production final resolution are not available. The film is presented in 1080p, in a 1.78:1 widescreen aspect ratio. 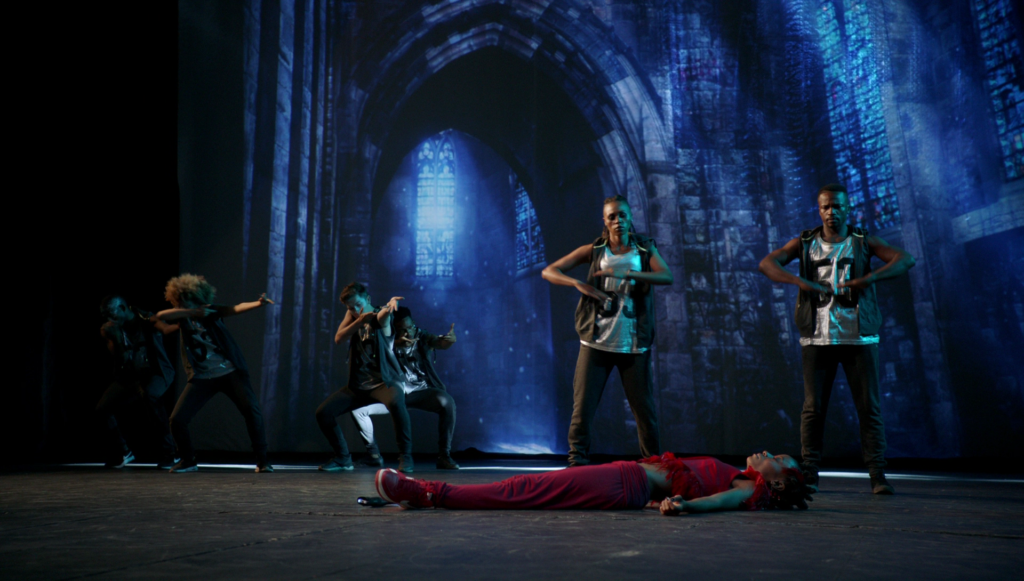 Honey 3 is a direct-to-video production, shot on location in South Africa. As a result, many of the film’s exterior locations are bathed in a pleasing yellow light, which resolves well in 1080p. The film’s darker, more extravagant dance locations are lit well, allowing the film’s vibrant costumes and set design to shine. Due to the film’s predominant use of mid and long shooting techniques, there isn’t a whole lot of apparent detail throughout the film, but the image remains sharp, even in the widest of shots. Honey 3 isn’t an eye-popping experience, but with little intrusive video noise, it looks just fine on Blu-ray. 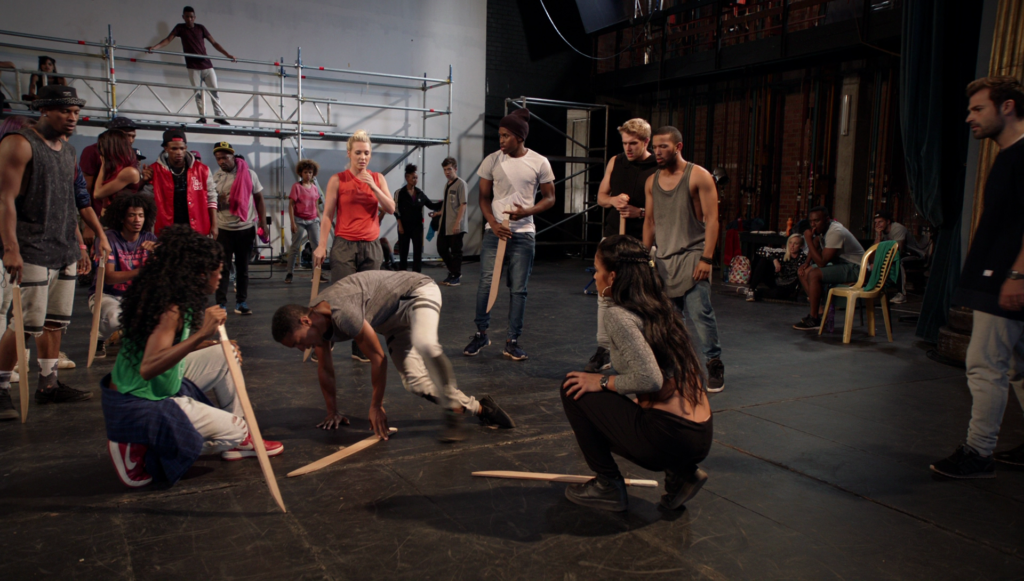 Honey 3: Dare to Dance is presented on Blu-ray with a DTS-Master Audio 5.1 English soundtrack. For a film that is so loaded with hip-hop dance sequences, it has a surprisingly mild 5.1 surround soundtrack. Dialogue is locked to the center channel, and music and other sound effects reside in the stereo speakers. There is very little in terms of subwoofer activity, and although there are larger crowd sequences, there’s almost no surround activity, resulting in a rather flat listening experience.

Honey 3: Dare to Dance is released to Blu-ray packaged in a standard slipcover + blue keepcase combo. Both the slipcover and the keepcase feature identical artwork, with the front featuring Melea and her romantic partner, with other various dancers in the background set against a bright yellow background, and the back featuring a paragraph about the film, digital HD streaming info, credits, and technical specifications as well as a few moments from the film plastered over the bonus features list. Not exactly the most appealing artwork, but it seems appropriate for a direct-to-video production. 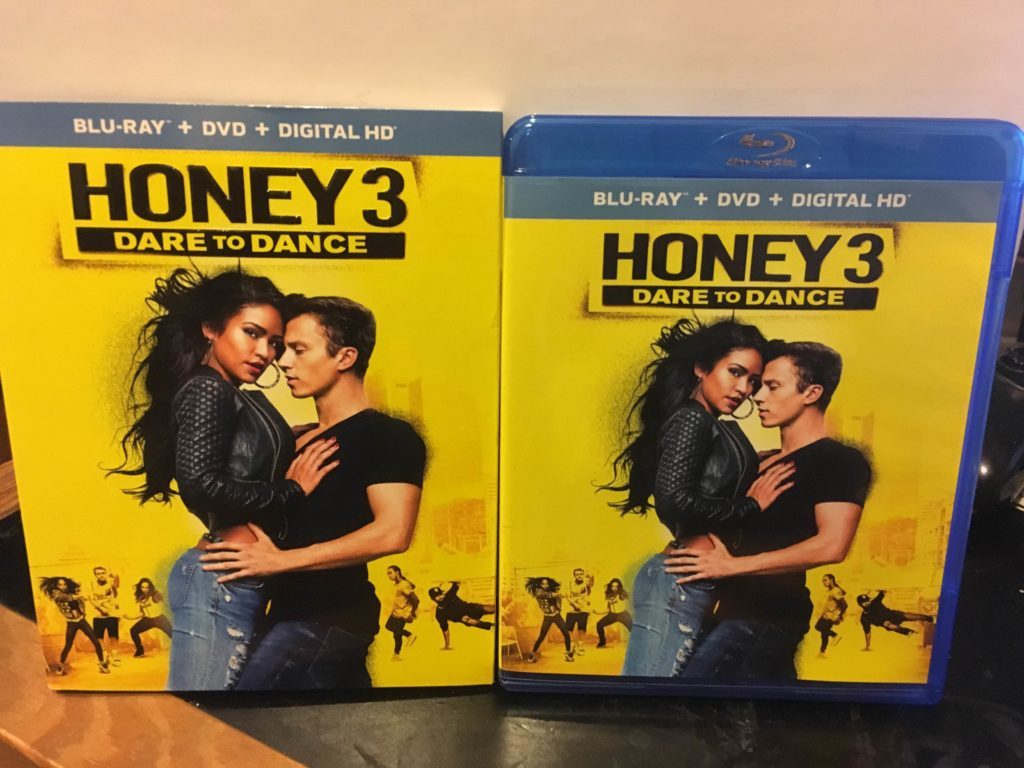 Deleted Scenes – a collection of 10 deleted scenes, most of which are fluff and redundant pieces of the story, but a few of which actually explain a few of the continuity problems with the film, if only moderately so.

Extended Dance Sequences – expanded dance numbers, a total of 6. More of the same, quality dancing you saw in the film.

Behind the Dance: The Making of Honey 3 – a 6 minute making of, which explores the casting, and the experience of working on the film in Cape Town, South Africa. 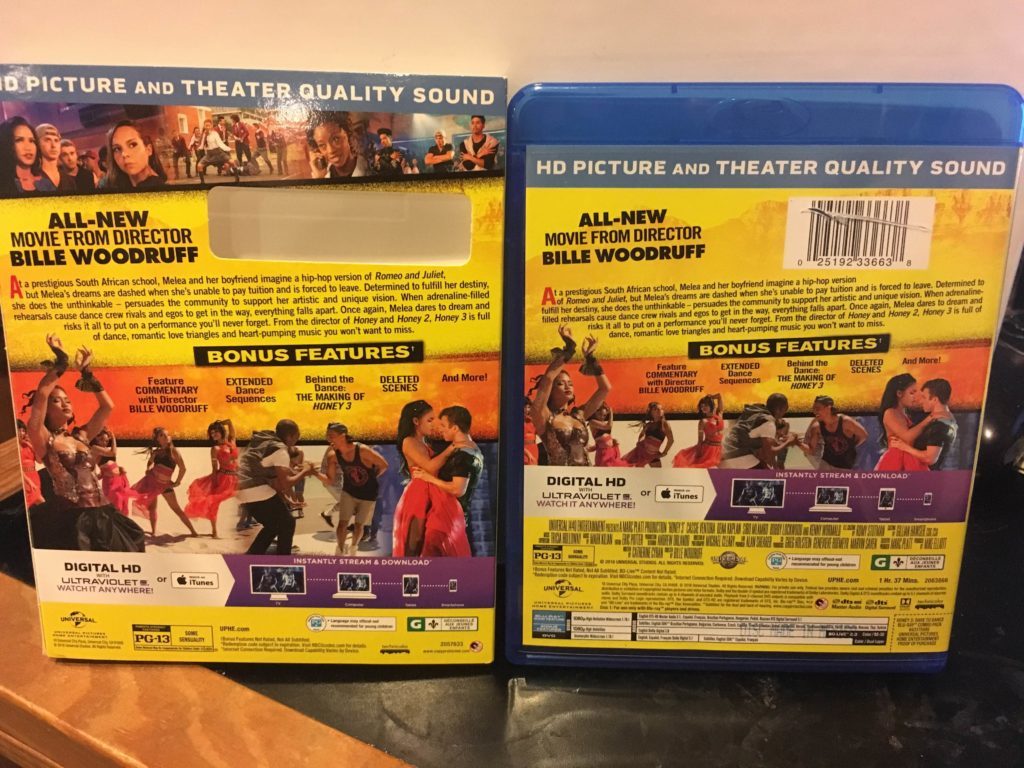 Battle Dakota Club – a 2 minute piece about working on the film’s opening dance number, set in a Cape Town club.

Feature Commentary – a feature length commentary run by the film’s director, Bille Woodruff, in which he talks about various shots, dance styles, and people that he cast in the film, as well as other stories and thoughts on his film. 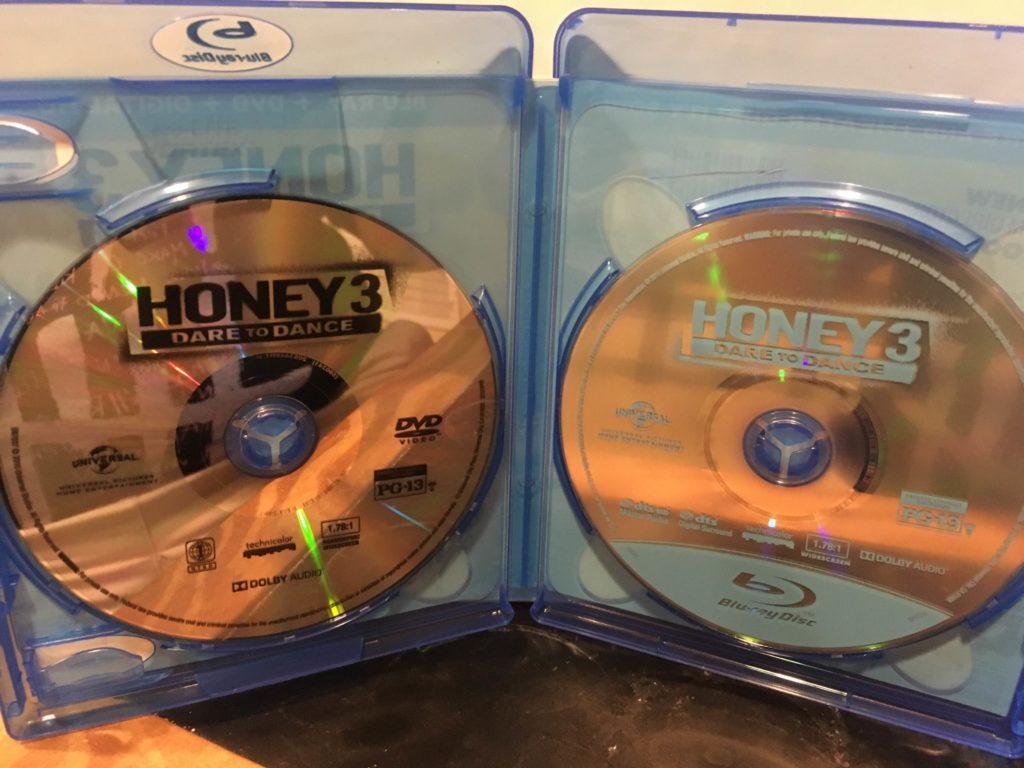 With some rather uninspiring packaging, and some fairly insubstantial extras outside of the feature length commentary, Honey 3: Dare to Dance leaves a bit to be desired in this department. 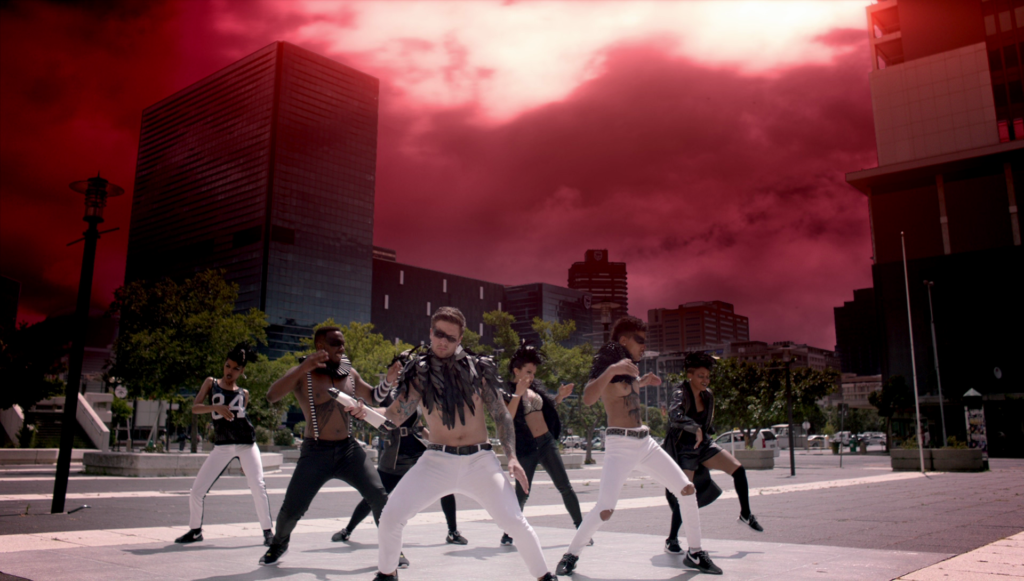 With a subtitle like, “Dare to Dance,” you have to really adjust your expectations before running into a film like Honey 3: Dare to Dance. Where it flops in presenting a compelling, well acted story, it brings a truckload of excellent, and sometimes exciting dance sequences. With a film like this, especially considering it’s director’s pedigree, you shouldn’t really expect much more than this. Paired with a decent video presentation, weak audio, unimpressive packaging and fairly light bonus features, Honey 3 is a tough sell to all but those who truly love the art of hip-hop dancing.