It’s no secret that horror movies aren’t exactly flourishing on the big screen. While there have been a handful of titles that are solid additions to the modern horror library (like You’re Next, The Conjuring and Oculus), we’re mainly stuck in a cycle of disappointing found footage films, remakes, and sequels. While not every remake or sequel is bad (looking at you, Evil Dead), many people are craving something new. Luckily, some distributors are helping us out a bit in terms of modest theatrical releases (*cough* A24 *cough*). For bigger studios, however, there are a number of factors that prevent new and interesting horror filmmakers from securing wide releases for their films. 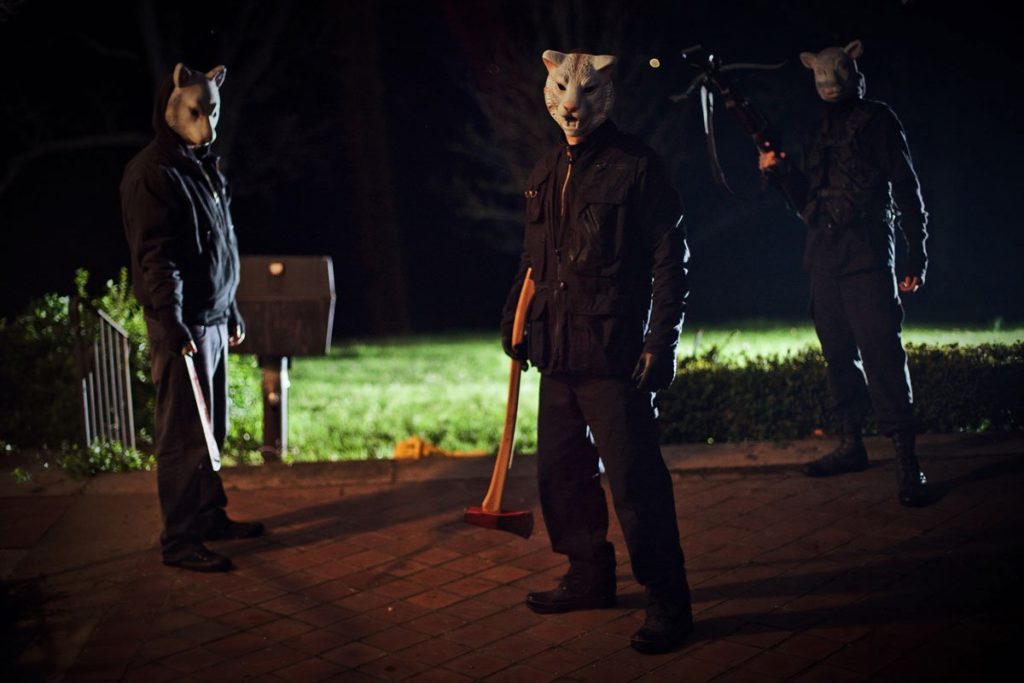 Many recent horror movies (especially the remakes and sequels) aren’t exactly critical darlings. Texas Chainsaw 3D has an average rating of 4.8/10 on IMDB with over 35,000 ratings. Paranormal Activity: The Ghost Dimension (a.k.a the sixth one) averages 4.6/10 on IMDB with over 15,000 ratings. Let’s take at a look at a film that isn’t a sequel or a remake, but is based on a questionable concept. Ouija was infamously panned by critics, with IMDB showing an average rating of 4.4/10 from over 32,000 ratings. Why do these films keep getting made despite consistently negative reception from critics and audiences? It’s because they rake in the big bucks. Texas Chainsaw 3D made over $47 million on a $20 million budget, which may be a modest return, but was considered profitable by distributor Lionsgate. Paranormal Activity: The Ghost Dimension made over $78 million on a budget of $10 million. Ouija, the least well-received of the three, made over $103 million against a budget of $5 million. Studios will keep producing and distributing these types of movies as long as people keep going to see them. 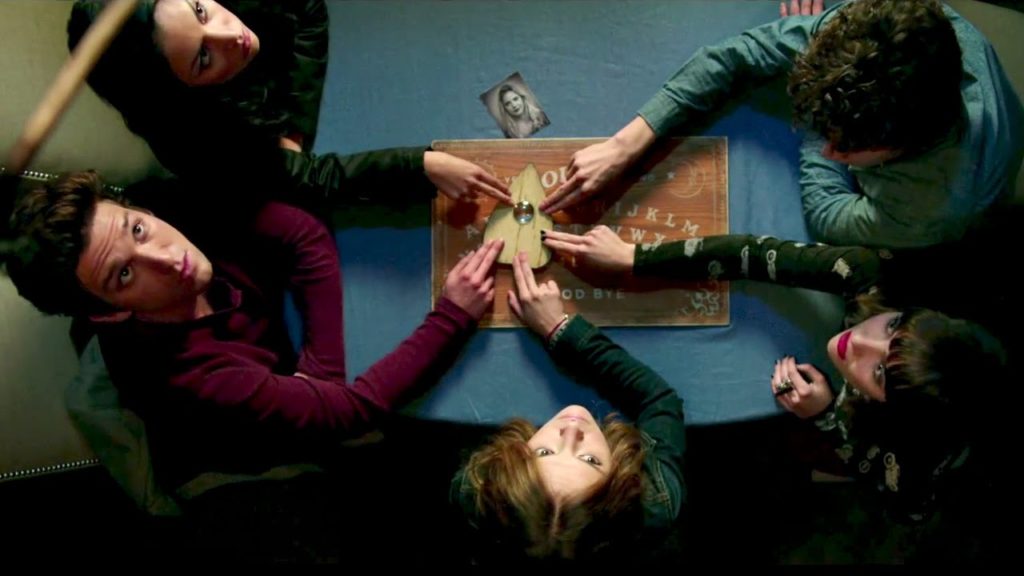 Studios are also less likely to make mid-budget horror films (to clarify, I mean larger studios that can generally afford to provide a mid-tier budget in the first place). The horror market is tricky to navigate, so allocating $20 – $30 million for a new IP (intellectual property, if you’re unfamiliar with the term) could easily result in a financial loss. There’s also the Paranormal Activity effect in which a horror movie could be made for dirt cheap (relatively speaking) and make a huge profit. Then there’s less incentive for other studios to provide more money for whatever horror movies they’re working on. Only tried-and-true directors are given a reasonable budget for their films. James Wan has been working in horror for the better part of the past sixteen years. He’s directed Saw, Insidious, and both films in The Conjuring series. He’s also responsible for producing the recent success Lights Out. Not everything he’s touched has been a masterpiece, but he’s a generally reliable horror filmmaker. Saw and Insidious were both made for under $2 million, and had massive returns upon release (it’s worth noting that in between these two films he made two box office flops, Dead Silence and Death Sentence). However, after Insidious came out and was successful in the box office, Wan went on to make The Conjuring for $20 million with help from a bigger production company. The Conjuring 2 had an even higher budget of $40 million. Wan’s recent consistency in making good horror films has granted him higher budgets for his films.

I don’t like everything James Wan does in his films, but he’s one of the smarter horror filmmakers in recent yearsThe inherent problem here is that filmmakers have a tough time getting original horror movies made. Bigger studios and distributors aren’t often willing to take chances with horror films. If a good chunk of horror movies getting pushed to theaters are less than average and we’re not seeing many fresh names or ideas in the industry, where are horror enthusiasts supposed to get their fill?

What’s that? You want me to look at the title of my own article? Oh hey, look at that! Home media is where modern horror shines. Indie filmmakers don’t necessarily have an easier time getting their films made, but there’s certainly much more freedom for them to explore their ideas. You typically don’t find studio interference either, so the horror films you find on the independent side of filmmaking is often the true vision of the filmmakers (as far as their budget and abilities can take them, anyway). Thanks to streaming services, we essentially have a never-ending influx of great horror movies just waiting for us to watch them. There are also a number of limited release distributors that really shine on Blu-ray and DVD due to the limited number of people that can go to the theatrical release. 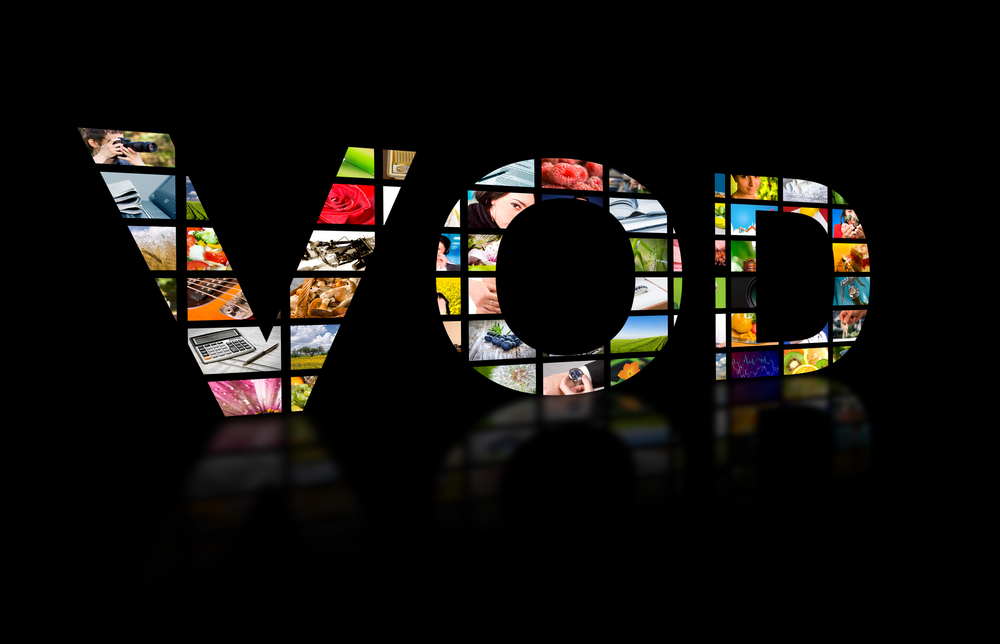 IFC Midnight was one of the first distributors I got pretty interested in. They focus on releasing genre films (which is a hard term to really define, but generally speaking it refers to sci-fi, fantasy, thriller, and horror films). While not every IFC Midnight release has been a masterpiece, there are plenty of films worth checking out from their library. Kill List was the first film from IFC Midnight I saw, and was likely the catalyst for my then-sudden interest in horror movies. They’re also responsible for distributing 2014’s acclaimed The Babadook, as well as the surreal Turkish film Baskin. While some IFC Midnight releases do hit the IFC Center in New York City, many of them also go straight to VOD (video-on-demand) or hit VOD at the same time as their theatrical release. Thanks to VOD, I was able to see The Babadook and Baskin close to their initial release instead of having to wait a while, hoping they’d appear on Netflix or Amazon (or have an even longer wait for Blu-ray and DVD). Some great horror movies go through IFC Midnight, and if not for VOD, many people would have to wait months to see these films, which is plenty of time for interest to decline.

Another distributor, Drafthouse Films, is also responsible for some great horror films in recent memory. Spring, from the team of Justin Benson and Aaron Moorhead, was acclaimed as one of the best horror films of last year (side note: Benson and Moorhead are also responsible for the horror film Resolution, which is one of my all-time favorite movies). Just so you have an idea of some of the acclaim it received, fantasy/horror/sci-fi master Guillermo del Toro declared Spring one of the best horror films of this decade. Drafthouse also released The Invitation to great reception. Although the film may be more of a thriller, there are definitely some moments that make you question the horrific nature of the film. Both films had limited theatrical releases. I’m sure that many people couldn’t make it to one of the theaters they were playing in to see it (myself included), so VOD services that release films earlier than their Blu-ray and DVD counterparts really helped expand the film’s reach upon release.

Chances are you’re familiar with Netflix and Amazon Prime to some extent. They’re arguably the two biggest streaming platforms. While they each have plenty of great horror films to checkout, there’s no way I can forget about Shudder. Shudder is an all-horror streaming service (which is currently only available in the U.S., but there are plans for international streaming). They offer so many types of horror films it’s easy to get lost while browsing through their library. Slashers, psychological horror, paranormal, vampires, zombies, horror-comedy, possession, body horror – I could go on about what you can find on Shudder. They also have curated lists from people involved in the horror industry, such as indie legend Larry Fessenden and Robert Eggers, director of the acclaimed The Witch. Shudder has indie films and some more well-known horror films. American Psycho, the infamous Cannibal Holocaust, Dead Snow, The House of the Devil, and The Stuff are just a handful of films you can find on Shudder. At a time where good horror films can be hard to find, Shudder is one of the best things a horror fan could have. 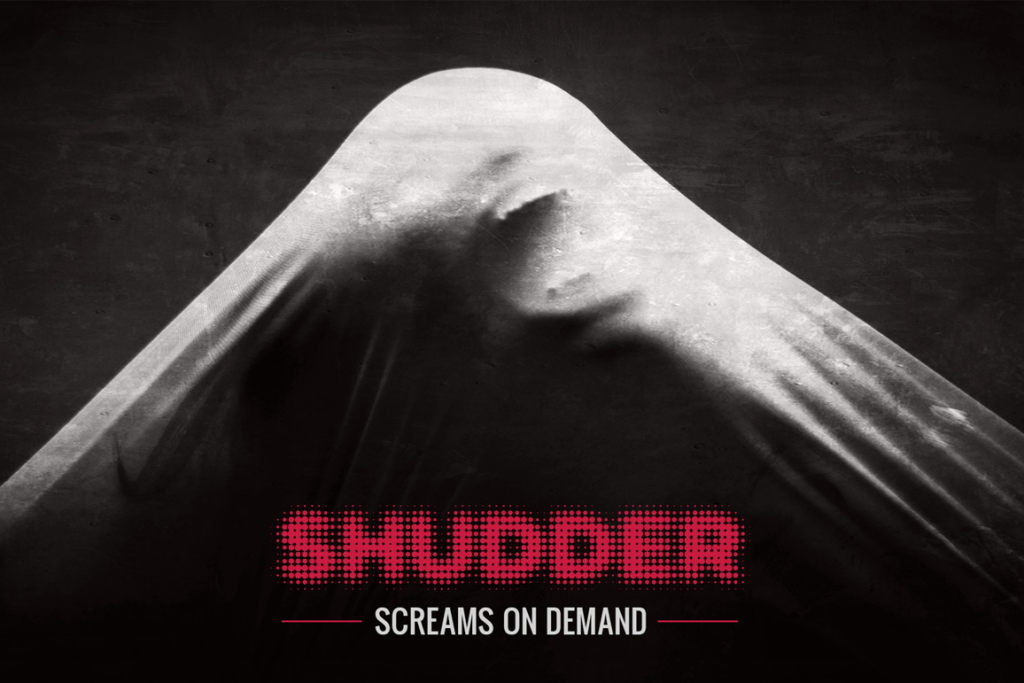 Horror may be making a slight comeback in theaters, but home media is where it’s really shining. Thanks to streaming and physical formats, many horror films that don’t get wide releases get the love they deserve at home. It’s just a matter of following the right distributors and checking the horror section on streaming services every so often. I’d also recommend checking out Modern Horrors, which is a great website for news, reviews, and interviews for recent and upcoming horror films. On a closing note, what kind of person would I be if I wrote this article and didn’t recommend some great movies you can find on Netflix, Amazon Prime, or Shudder? Head to this Imgur link to find a list of films you can check out on those platforms (I’m referring to U.S. availability. I’m sorry if your region doesn’t offer some of the titles I included).