After buying the rights to J.G. Ballard’s novel High Rise in 1975, British producer Jeremy Thomas failed for years to get his movie adaptation off the ground. Finally, after 40 years in purgatory, Thomas was able to nail down Ben Wheatley to direct and Tom Hiddleston to play the lead role, filling the rest of the cast with notable names such as Jeremy Irons, Sienna Miller, and Elisabeth Moss.

High Rise is a story of wealth-inequality and strict social classes, where the “High Rise” is a tall, forty-story luxury tower, built in a “futuristic” 1970s British city. Within this tower, the affluent citizens and families dominate the top floors, while the middle and lower class families live at the bottom of the tower. The tower features its own society within the walls, with a supermarket, school, and other conveniences; basically, there is really no reason to ever leave. Dr. Robert Laing (Hiddleston) lives towards the top of the tower, but becomes friends with some of the lower-level residents, including Richard Wilder (Luke Evans) and his wife Helen (Moss) and his new girlfriend, Charlotte (Miller). 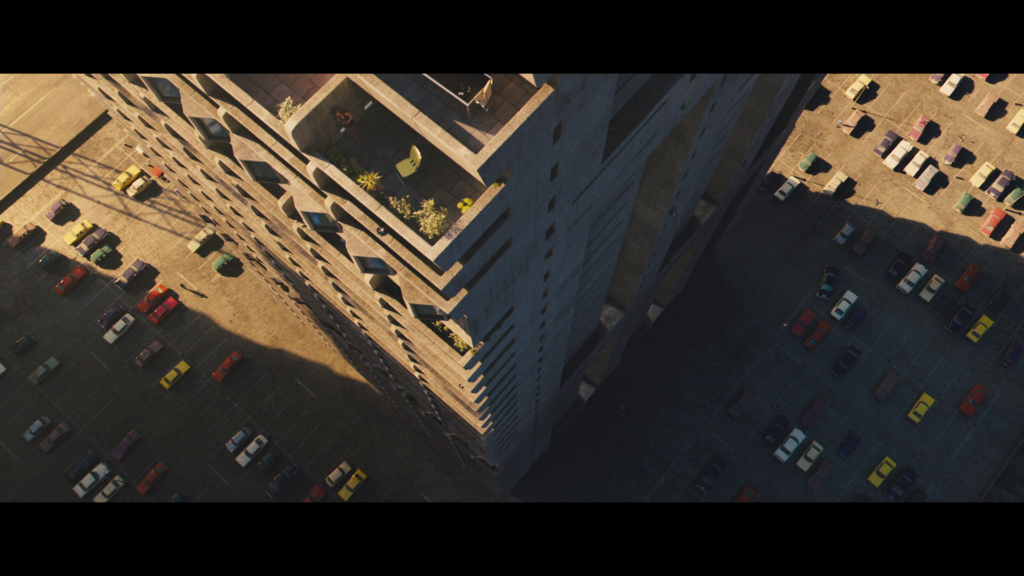 As the tower society develops, problems with the infrastructure, electrical services, and plumbing, amongst other issues, cause the society to begin to collapse. As the electricity continuously goes out, debauchery unfolds in the halls and rooms all over the tower. Violence also breaks out between floors as the middle and lower class families revolt against their poor treatment, and with essentially no police involvement in any of these violent attacks, the tower descends into chaos. Dr. Laing tries to dive into the issues and find out what is going on, but after several violent experiences himself, he begins to lose his mind as the murders and violent crimes pile up around him. 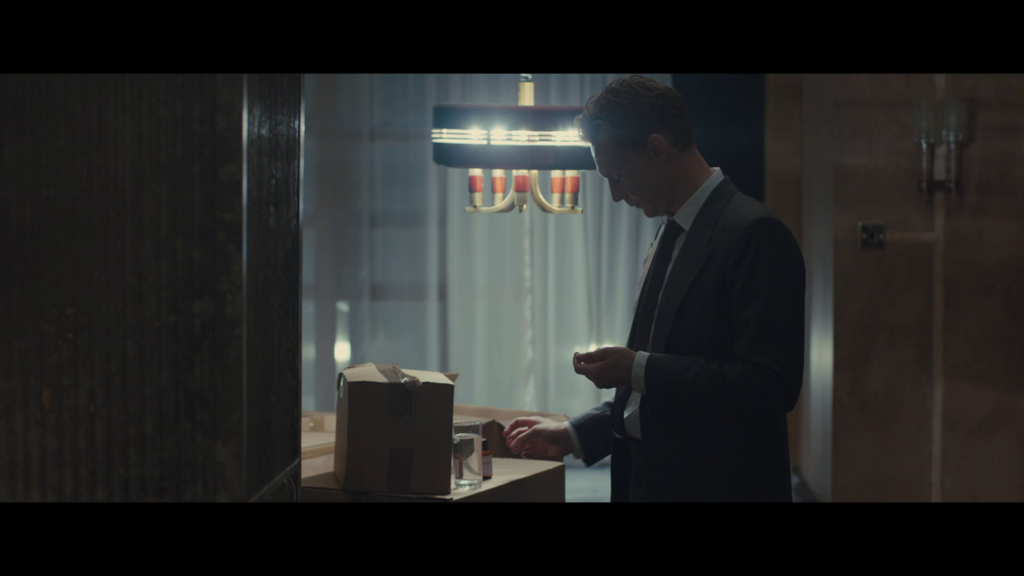 High Rise is a fairly brutal movie, with a lot of violence and some uncomfortable scenes. It is not a light-hearted movie by any means, and much like another brutal British film based on a book written around the same time, A Clockwork Orange, there are scenes in this movie which really should only be viewed with a strong stomach. I thought that Hiddleston gave an excellent performance, but the film as a whole was a little messy. I can see why it took so long to come to fruition, as this is an extremely difficult story to adapt from the written version. The most comparable modern movie would be Snowpiercer, which focuses on a similar class-warfare style chaos, although on a train versus a tower; horizontal instead of vertical, but essentially the same story. Snowpiercer was a lot stronger than High Rise, but if you enjoyed Snowpiercer, you will find enjoyment from this film as well. 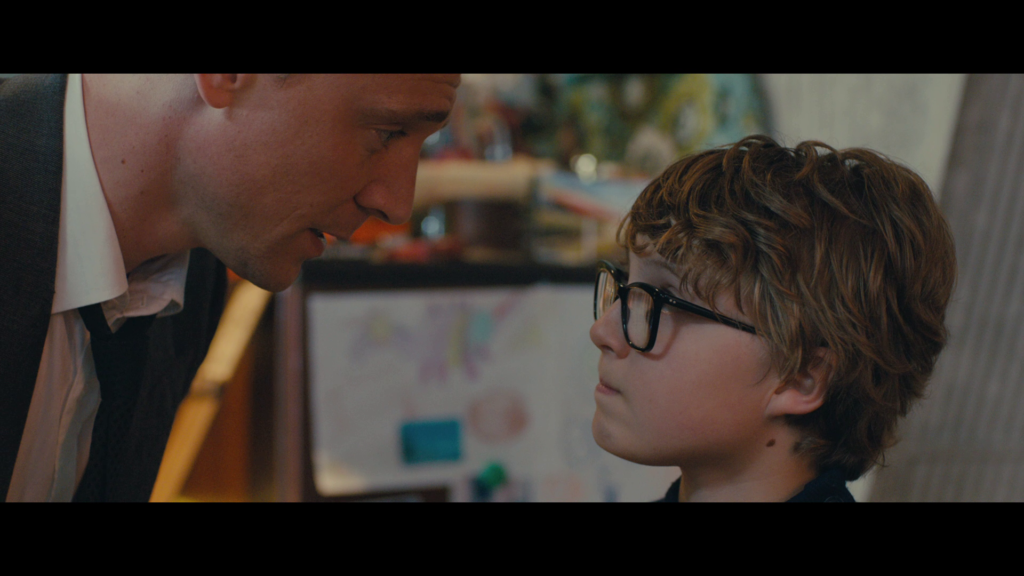 The video quality for this release, from Magnolia Pictures, was solid, although the digitally shot picture was a bit soft at times, with noise dominating a few scenes. As previously noted in reviews, digitally shot movies tend to suffer from more digital noise in darker scenes, and High Rise seems to have the same issue, but it is limited and not distracting. 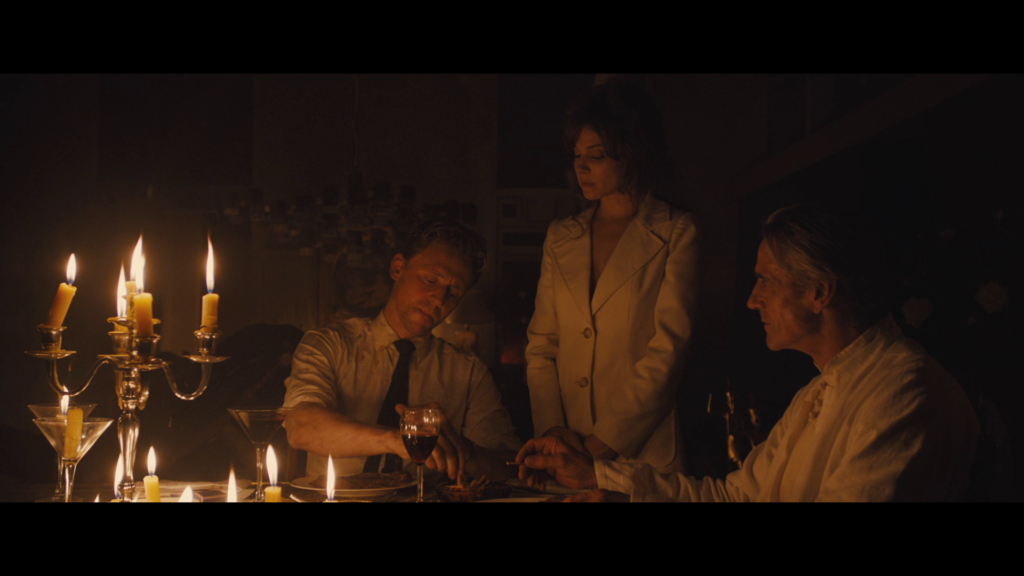 The picture has a yellow/orange tint throughout the film, which is a popular color for films taking place during the 1970s. Everyone remembers their parents’ or grandparents’ furniture, wallpaper, and clothing from that time period; hence the reason for the tint to establish a time frame. However, I do think that it is a bit overdone in Hollywood. Nearly every movie set in the 1970s features this same tint, and it is becoming as cliched as the lens flare or a cat making you jump in a horror movie. I appreciate the style, but I think it is getting old.

The audio track for High Rise uses the typical DTS-HD Master Audio technology, with a solid 5.1 track keeping the pace. For a newer and quite dynamic film like this, I really would have appreciated a 7.1 track, or even an Atmos or DTS:x audio experience. The 5.1 track offered plenty of immersion, but being based in a large tower, the use of elevation audio that DTS:X or Atmos offers would have been an exciting audio experience. 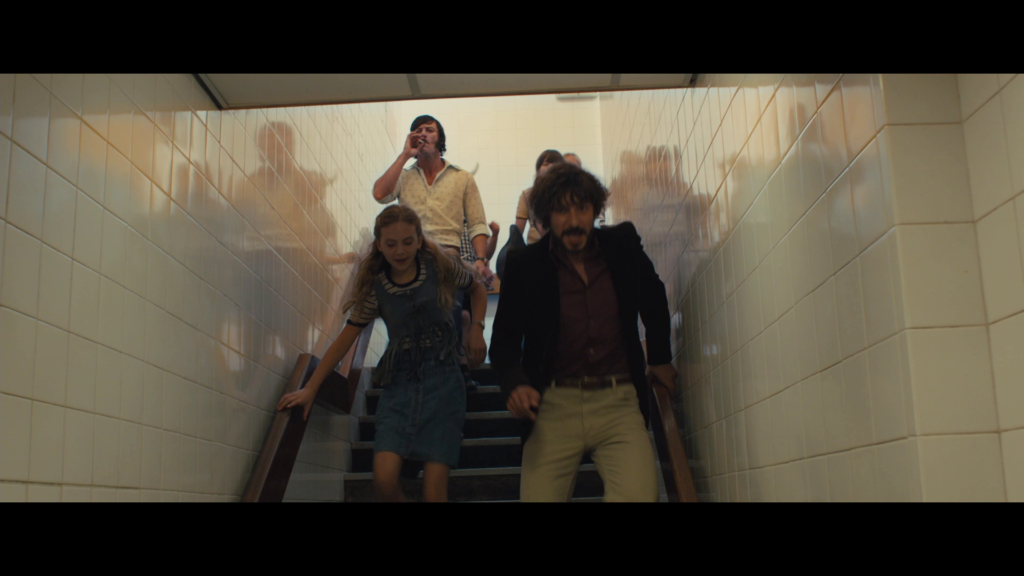 That being said, this is still a nice track, although for a new release, it is nothing remarkable. Where DTS-HD 5.1 tracks used to be the top of the line, they are now the standard instead. Great Blu-ray releases will make use of at least the 7.1, if not Atmos, but given that this was a smaller release that had little to no traction at the box office, I am not surprised that the audio technology is fairly standard. 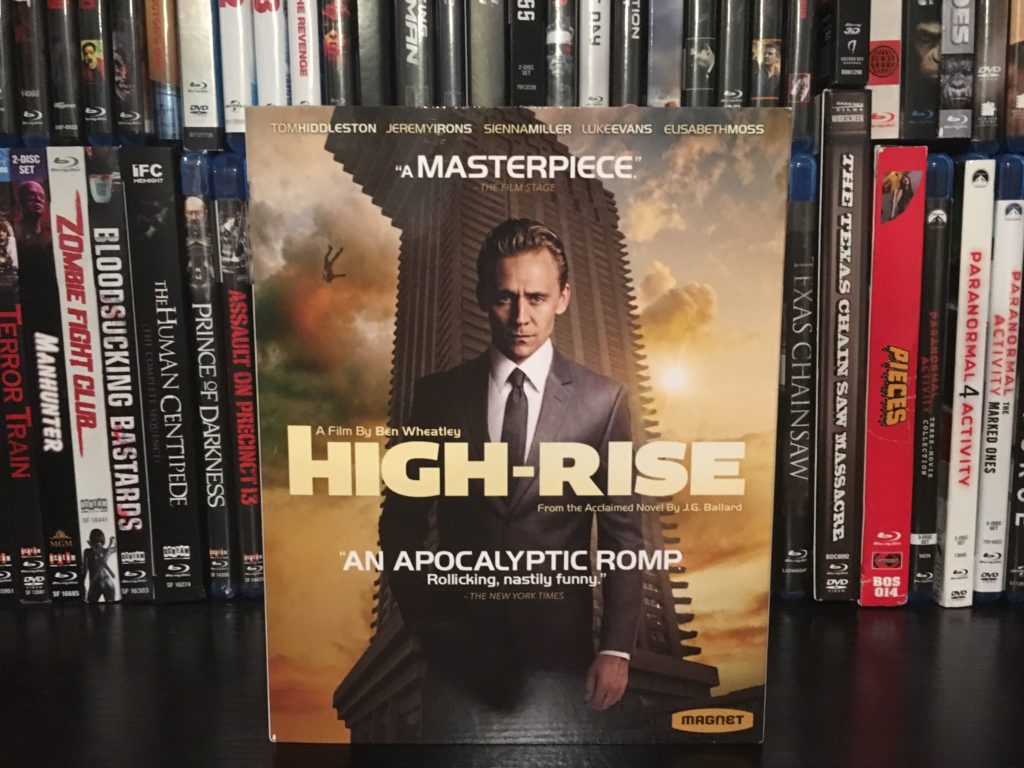 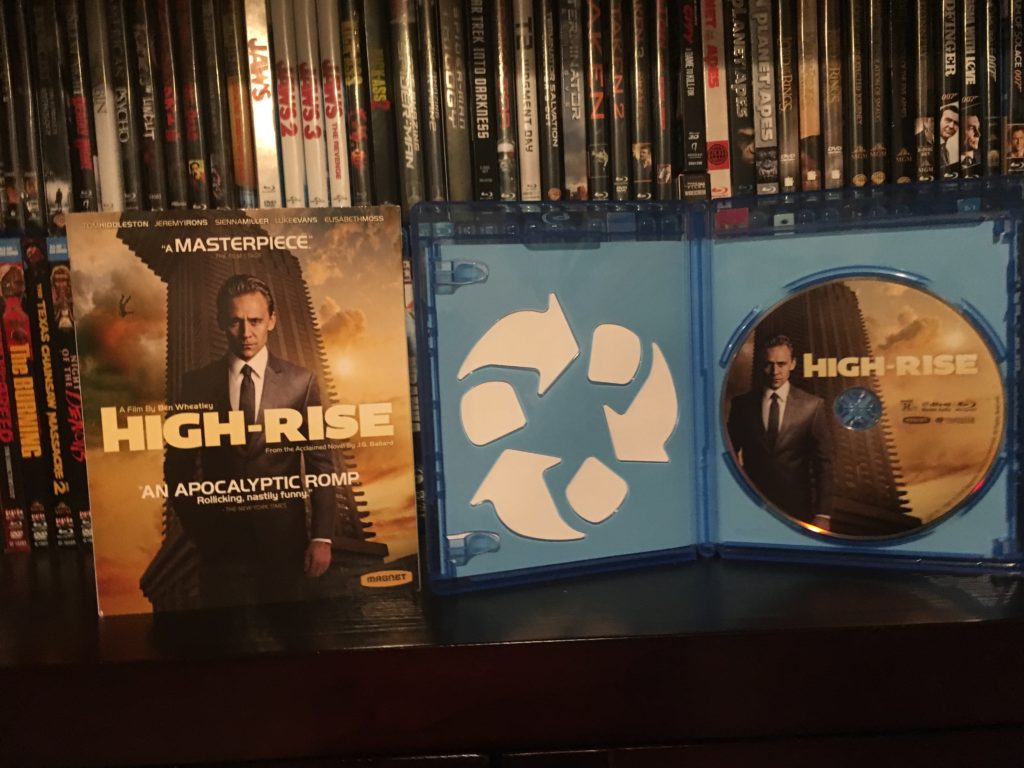 As for features, there are some interviews with the cast, a short feature on the book version of the story, and a feature length commentary with Director Ben Wheatley, Producer Jeremy Thomas, and Tom Hiddleston. The commentary is the best piece of the bunch, but I did enjoy the interviews and the feature on the novel as well. The extras are a bit limited, but the quality overrules the quantity. 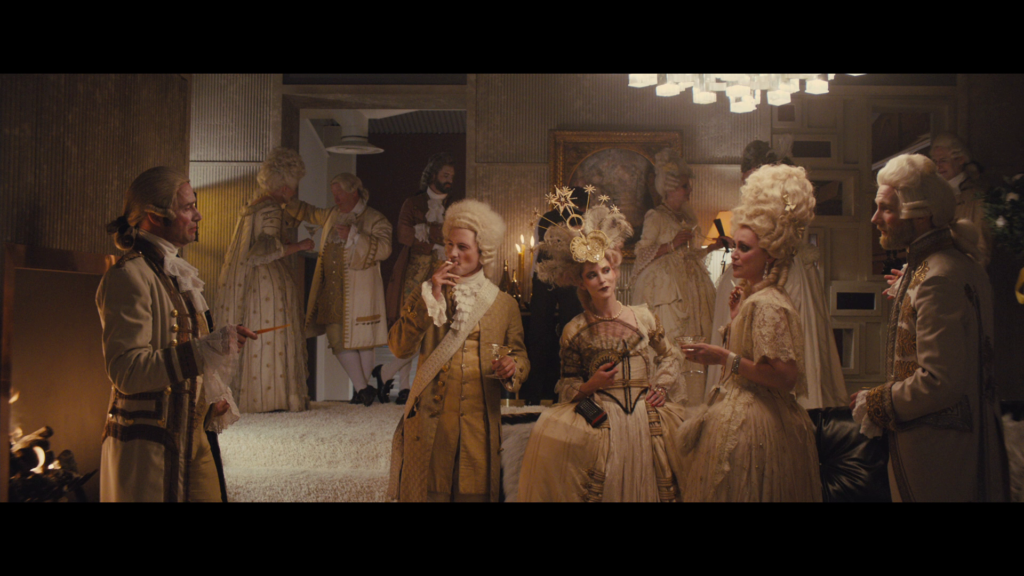 High Rise is not the best movie, but the story is original, brutal, and chilling. Fans of dark films, dystopian settings, and violent, visceral experience will certainly enjoy this move, but it is definitely not a crowd-pleaser and will make some viewers very uncomfortable during a few scenes. The Blu-ray presentation is solid from an audio/visual standpoint, and the packaging and extras are good enough to warrant a purchase. Magnolia Pictures typically go on sale on Amazon about once a year, when you can get some great deals on fantastic indie films like High Rise. If you want to own it today, it is available on Amazon now for a reasonable price.