Hereditary is a 2018 American horror film that was written and directed by Ari Aster, in his feature directorial debut. It stars Toni Collette, Alex Wolff, Milly Shapiro, Ann Down, and Gabriel Byrne, and follows a family that is haunted after the death of their secretive grandmother. Hereditary premiered on January 21, 2018, in the Midnight section at the 2018 Sundance Film Festival, and was theatrically released in the United States on June 8, 2018. It was acclaimed by critics, who called it “truly, upsettingly powerful on an emotional level”, with Collette’s performance receiving particular praise. It became A24’s highest-grossing film worldwide, making over $79 million.

The film follows Annie Graham. She’s an artist who specializes in miniatures, and lives with her husband, Steve, their 16-year-old son Peter, and their 13-year-old daughter, Charlie. At the funeral of her secretive mother, Annie delivers a eulogy explaining their fraught relationship. Shortly after, Steve is informed that Ellen’s grave had been desecrated, while Annie thinks she sees Ellen in her workshop. At a support group for those who have lost loved ones, Annie reveals that, while growing up, the rest of her family suffered from mental illness that resulted in their deaths. 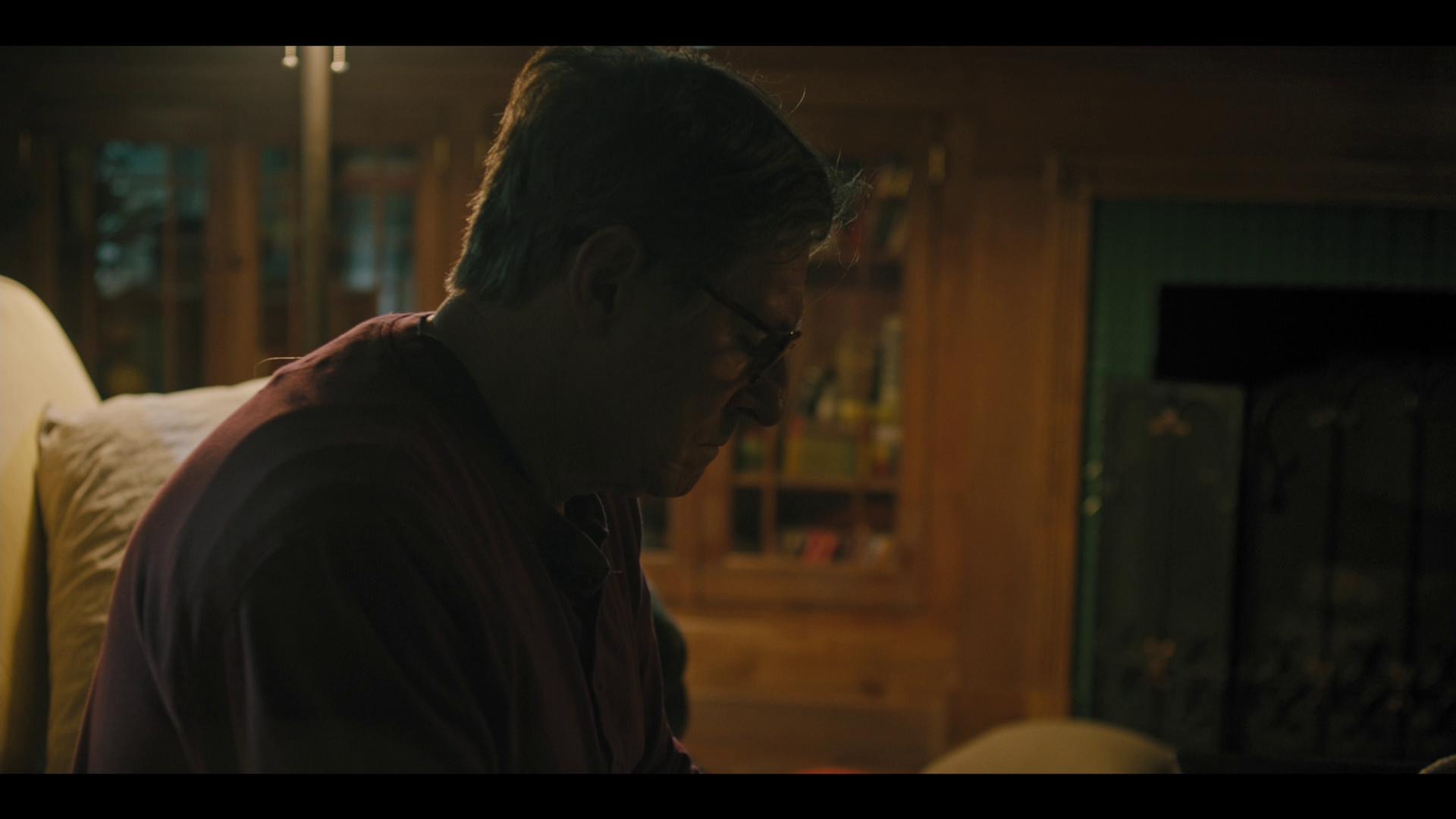 Hereditary is a movie that takes a considerably classic setup to build the foundation for it plot, and takes its audiences through a series of twists and turns that were surprisingly not expected at all in the least. Loaded to the brim with suspense, Toni Collette gives us a performance that’s bone chilling enough to keep you on the edge of your seat right up until the end. While I do feel that the ending of this movie was a bit sudden, and ultimately a cop out from the story that had been built up, this movie really made for one hell of an experience. 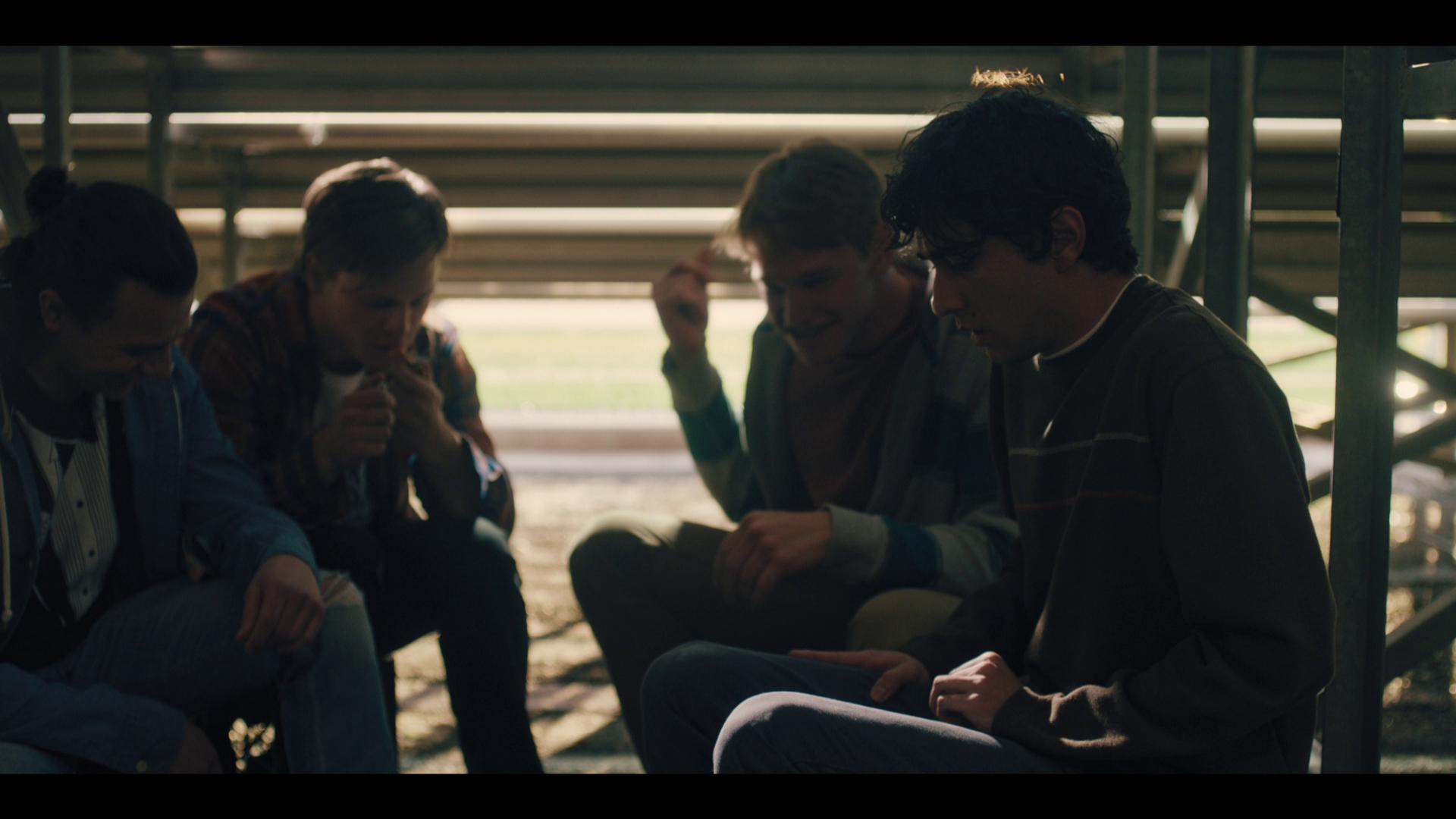 Despite being considered a “fake 4K” release, Hereditary offers an extremely sharp and very tantalizing experience for its viewers that have a full 4K setup. The utilization of HDR with this release provides audiences with very sharp and distinct blacks coupled with a semi-washed out color palette during the times of stress that it really helps in conveying the overall spook factor of the movie. When there weren’t times of tension, the colorization of the scenes looked bright, sharp, and distinct that allowed the movie to suck us in and make everything feel all that more real. 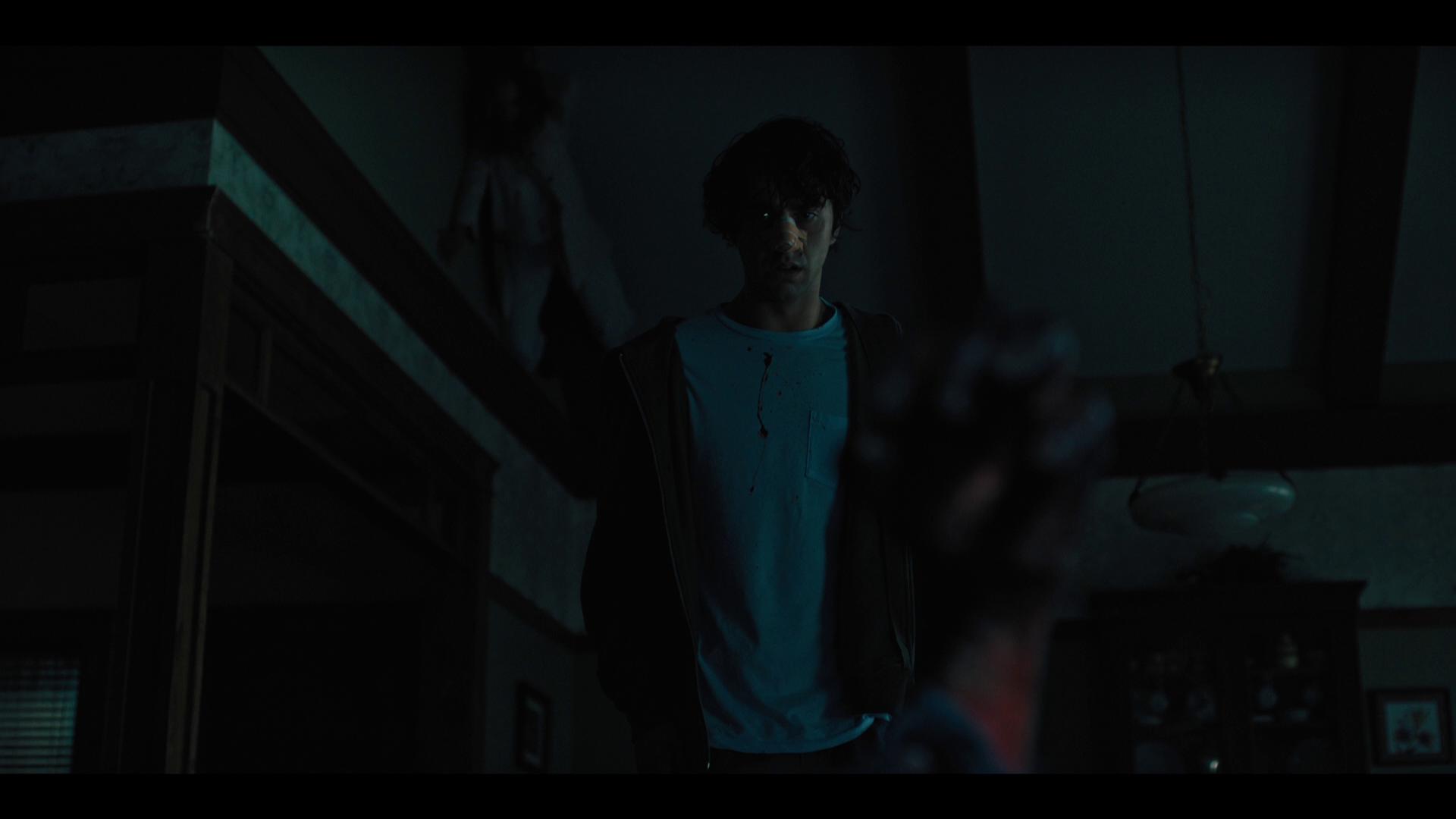 Unfortunately, the 4K UHD release of Hereditary comes packaged with a DTS-HD Master Audio 5.1 mix. While the audio that was used with this release was decent enough to provide a good experience, I think at a minimum that this movie should have used a 7.1 mix, or even an Atmos track as it would have offered a significantly more immersive experience. Without the inclusion of the surround channels, the 4K release felt a bit two-dimensional, and was a bit distracting from the experience as a whole. Other than that though, with the channels that were used, it was a semi-powerful experience in which everything was presented cleanly enough that there wasn’t any issues in understanding what was going on. The dialogue was spoken cleanly, allowing for everyone to be heard without having to manually adjust the volume levels as the movie progressed. 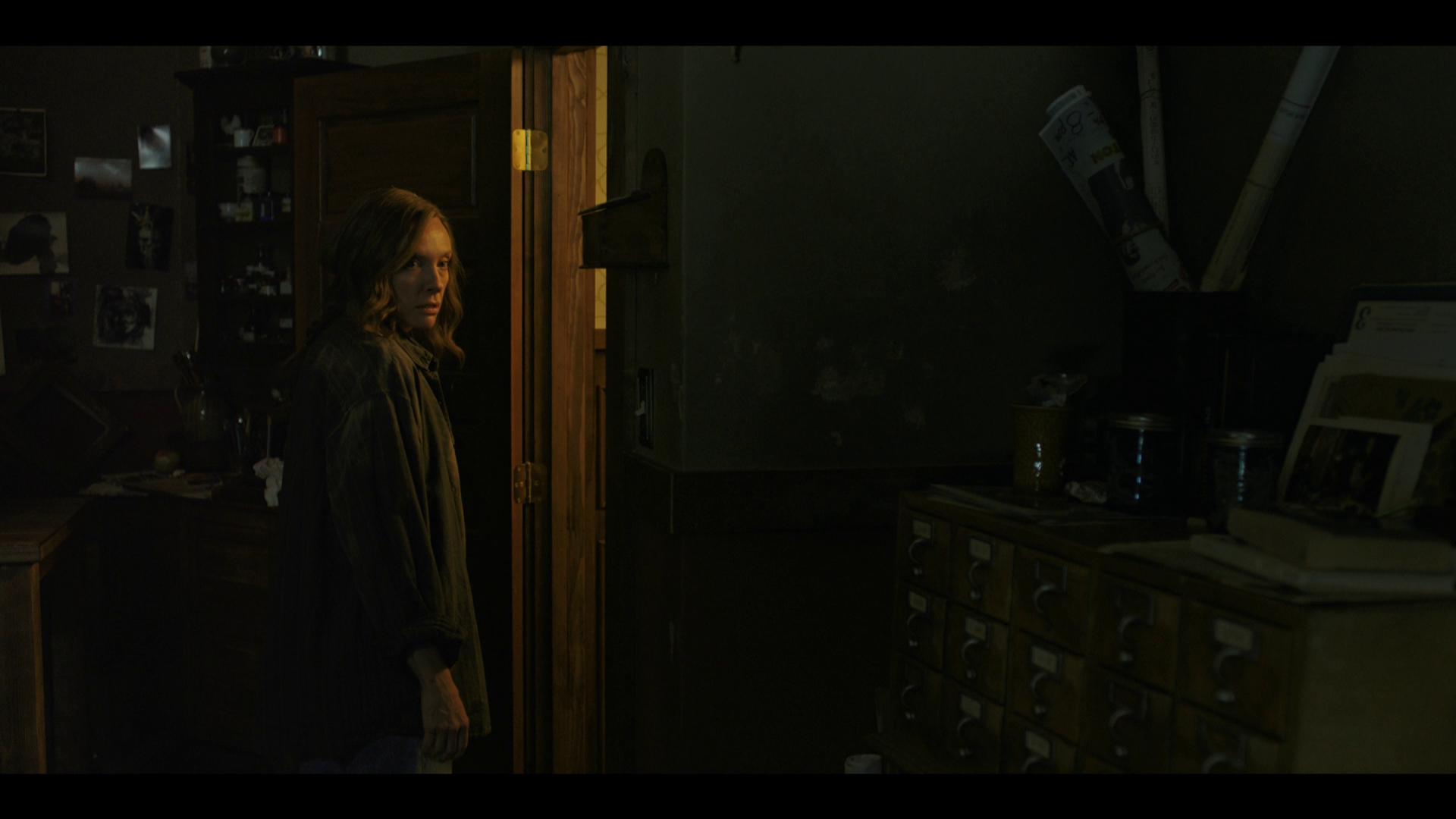 The 4K UHD release of Hereditary comes packaged in your standard two-disc 4K UHD amaray case.  Within that case is the standard 4K UHD copy of the movie as well as the standard Blu-ray copy.  Neither of these discs feature any artwork that’s related to the movie whatsoever outside of the standard release text and generic solid colored background.  There are no DVD copies included; however, there is a digital copy redemption pamphlet that’s been included for the various streaming platforms.  There is also a slipcover that’s been made available during the original pressing of the release that features the same artwork that’s been made available on the case. 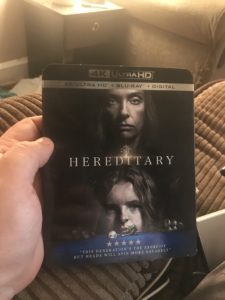 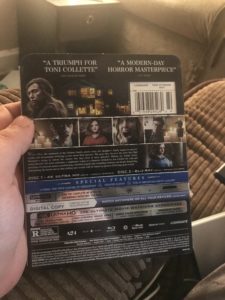 Hereditary is like any other standard 4K UHD release as there are special features that have been included on the UHD disc, as well as the Blu-ray disc.  The content that’s been included with this release does offer a decent look at not only the storyline in this movie; but, it also shows somewhat of a look at some of the behind the scenes work.  Personally speaking, I think there should have been more content that covered the work that went on behind the scenes, and maybe a feature audio commentary to let the audience hear some of the stories from the cast and crew.  Included with this release is: 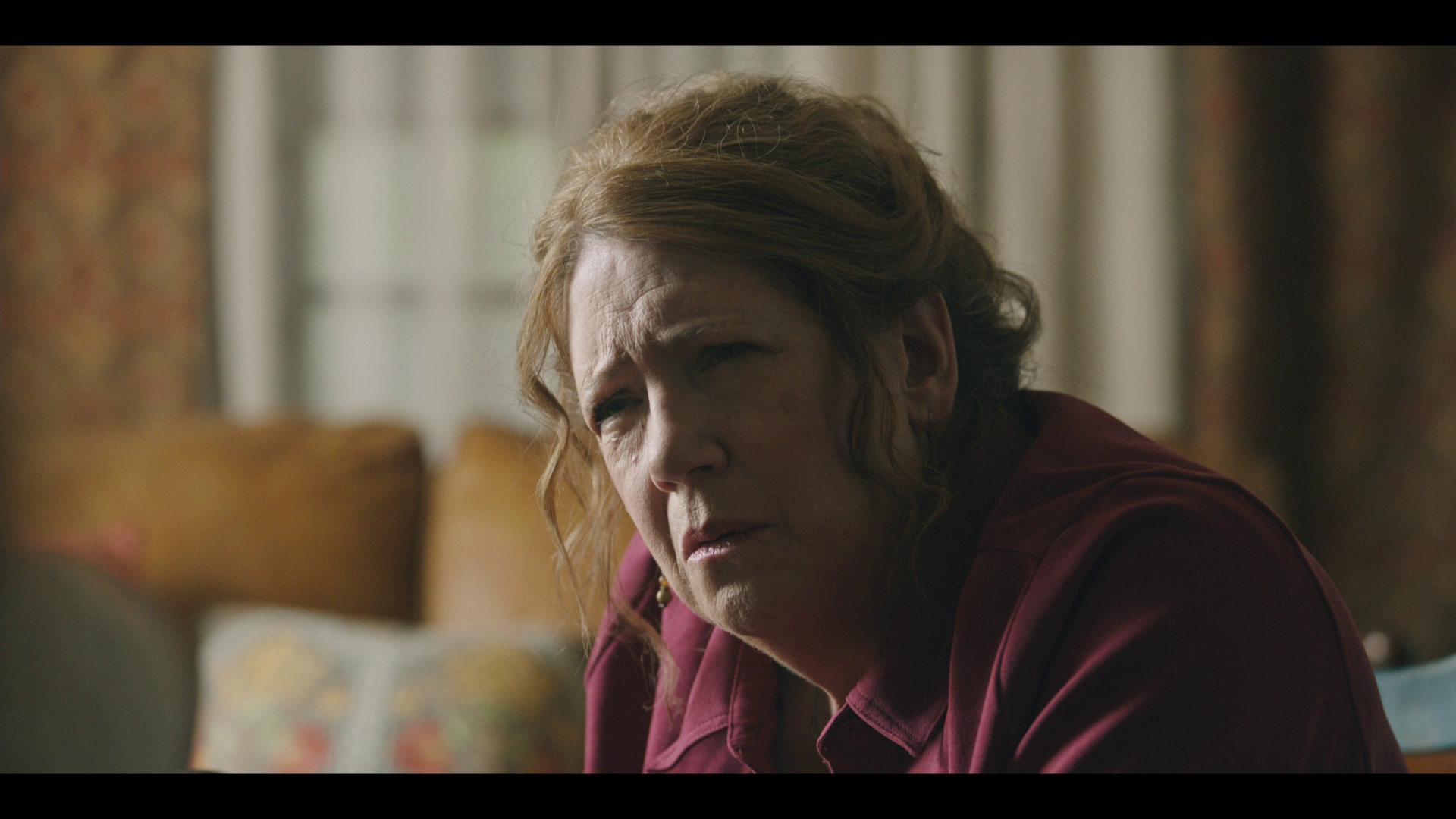 Overall, I thought that Hereditary was a pretty solid film, and one that included a lot of subliminal mind fucks that made things really touch a nerve as my wife and I watched along.  The ending of the film does feel as it they were really trying to rush things just to bring it to an end, and there really should have been more played out.  However, that doesn’t really distract from the overall experience.  The visual presentation of the 4K release was nicely done, despite it being a “fake 4K” release.  Audio track, while it was nice, it really could have been a lot better had they opted to go with a 7.1 mix as it would have been a much more immersive experience.  The special features being made available on the UHD was a nice touch, and the content that was provided was nicely done.  There could have been some more in terms of the behind-the-scenes looks, but I can’t complain all too much about what was in fact provided.  If you’re considering this release for your collection, I would absolutely recommend it.  Hereditary will be available on 4K UHD, Blu-ray and DVD beginning on Tuesday, September 4. 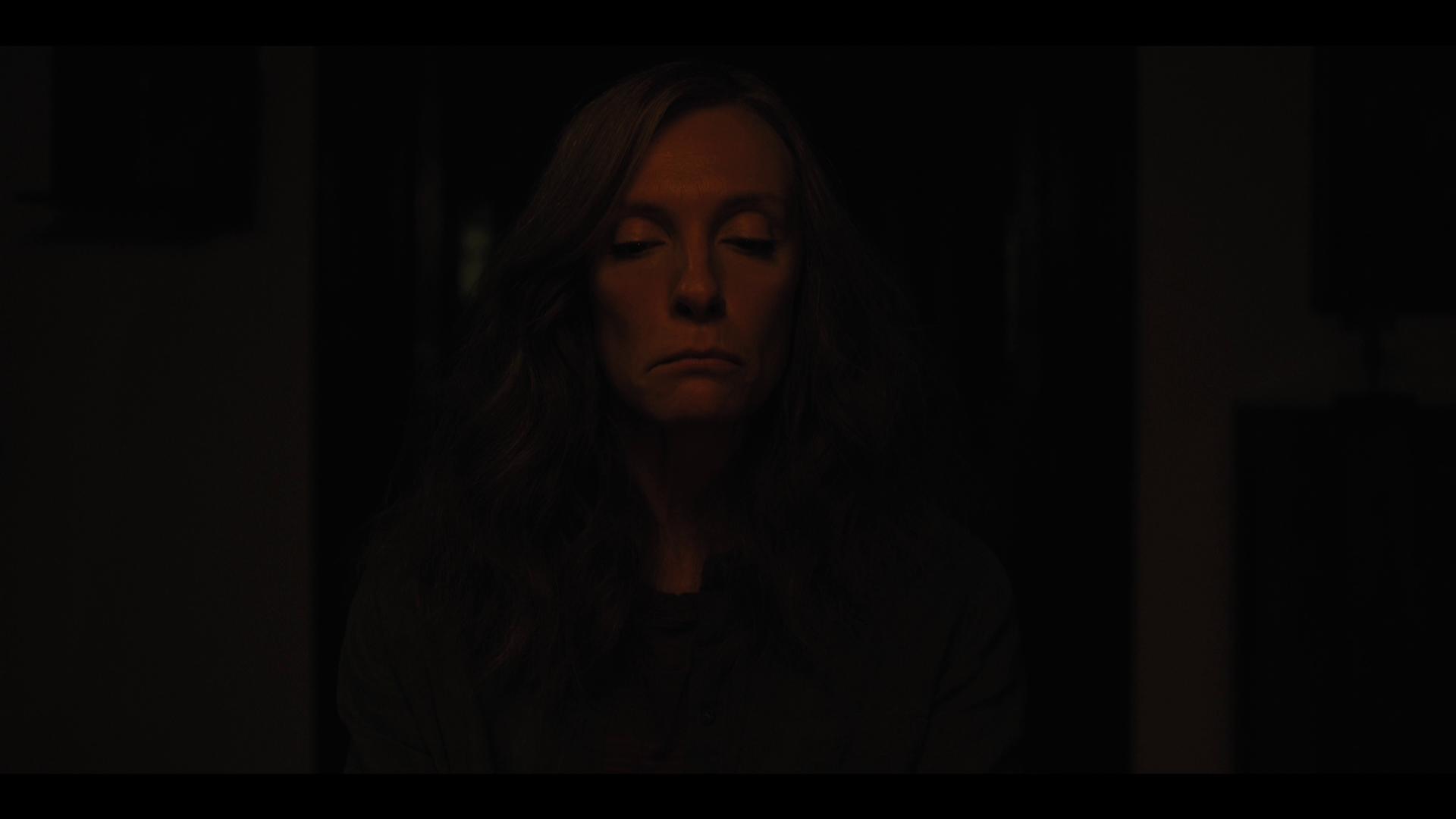