Hell Up In Harlem is a 1973 blaxploitation film that stars Fred Williamson and Gloria Hendry. The film was written and directed by Larry Cohen and is a sequel to the film titled Black Caesar. The soundtrack was recorded by Edwin Starr and was released by Motown Records in January 1974.

The movie chronicles the story of Tommy Gibbs. Having survived an assassination attempt near the end of Black Caesar, he takes on corrupt New York District Attorney DiAngelo, who has tried to put Gibbs and his father in jail in order to monopolize the illicit drug trade. Gabs decides to eliminate drug pushing from the streets of Harlem, while continuing to carry out his other illicit enterprises.

Later, Gibbs and his father have a falling out after he is informed that his father had ordered the death of his ex-wife, Helen. It is alter revealed that Zach, Gibbs’ enforcer, had killed Helen as a part of a move to take over the territory, with the assistance of DiAngelo. Knowing that DiAngelo will be having the New York airports and roads watch, Gibbs flies into Philadelphia, and then enters New York City on foot in order to carry out a personal war against Zach and DiAngelo. 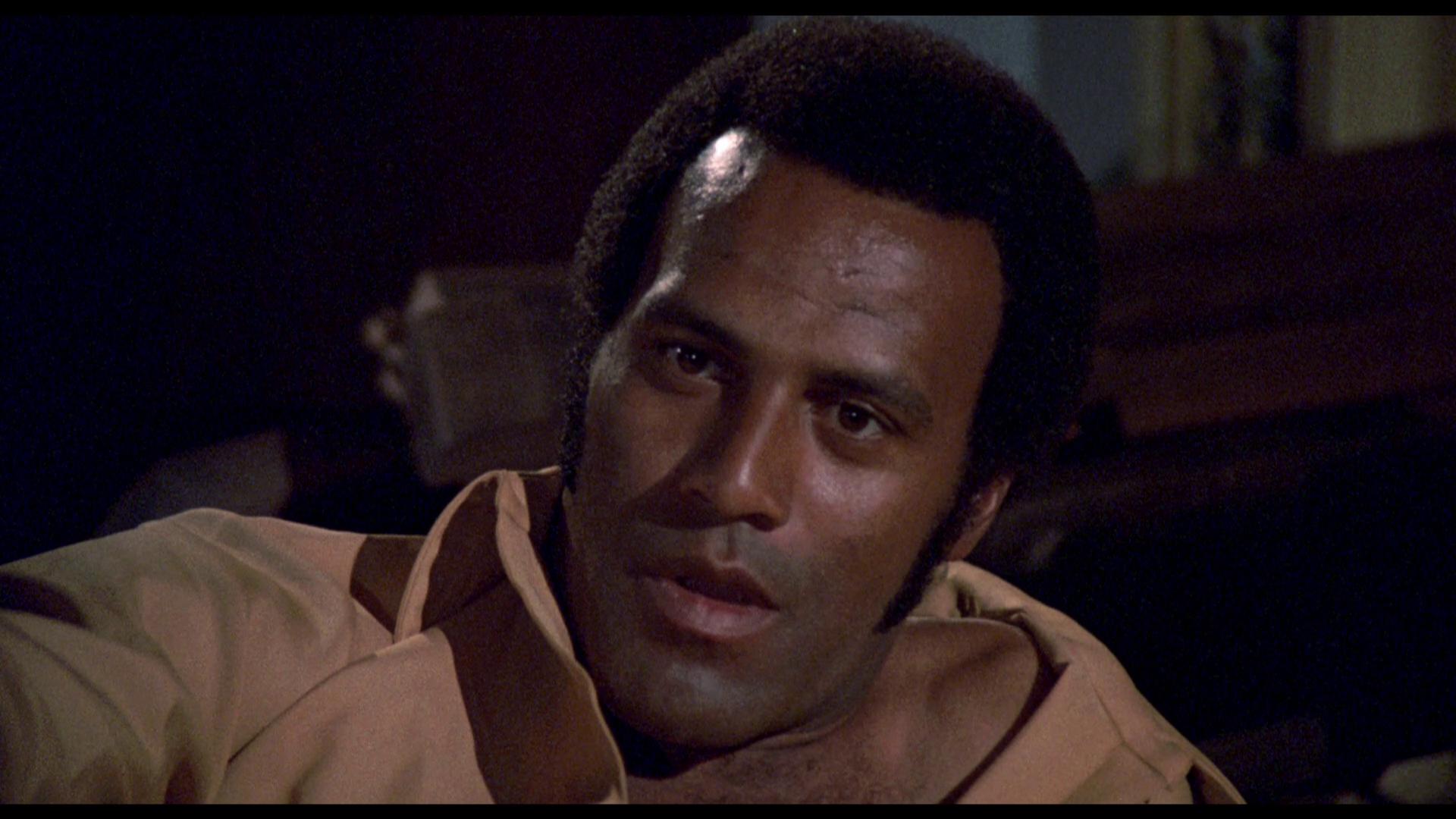 Personally speaking, I’m not much of a fan when it comes to blaxploitation films, mostly because of the overall stereotypical presentation and the overall exploitation of those who are members of the African American community.  However, Hell Up In Harlem wasn’t all that bad and wasn’t too “in your face” with those stereotype notations.  The story that we are given with this film was pretty good.  It wasn’t anything fantastic, but it wasn’t anything terrible by any means.  Since this film is a direct sequel to Black Caesar, I know I’m going to have to track that film down as curiosity has me wondering about all of the events that led up to this films story. 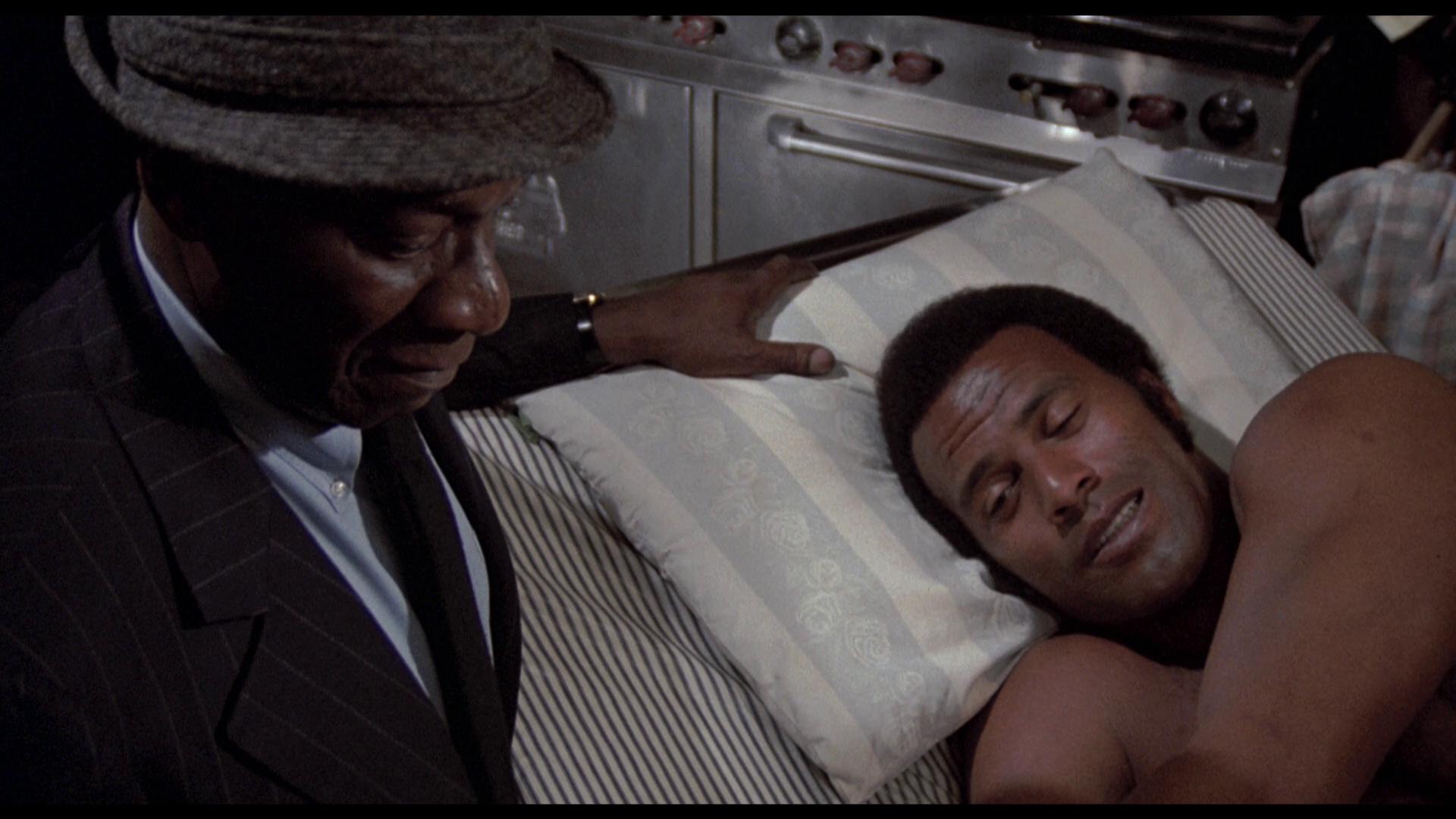 I wasn’t quite sure of what to expect in terms of visual presentation with Hell Up In Harlem other than your expected clean imagery with a 1080p presentation.  The overall picture quality of this film is cleanly done, and allows a nice visual representation into the story that it’s trying to provide.  As the film moved onward, my wife and I were definitely able to see and understand everything that was going on; experiencing no visual distortion whatsoever, even during the action scenes; we were happy to have that at least.  Since my exposure to blaxploitation films is considerably minimal, I can’t really compare this release to any others; but I can definitely tell you that this presentation was cleanly done.

Unfortunately, Hell Up In Harlem comes packaged with a 2.0 audio track.  However, that audio track has been re-encoded using DTS-HD audio technologies to offer a significantly clearer audible experience for home viewers.  While it’s not as immersive as possible, everything about this particular release in terms of sound was cleanly done and my wife and I were able to hear everything without having to manually adjust the volume levels on the receiver during the more quieter scenes.  My only personal complaint with this was that I wished it would’ve come packaged with an optional 5.1 audio track for a more immersive experience.  But, other than that, it wasn’t all that bad. 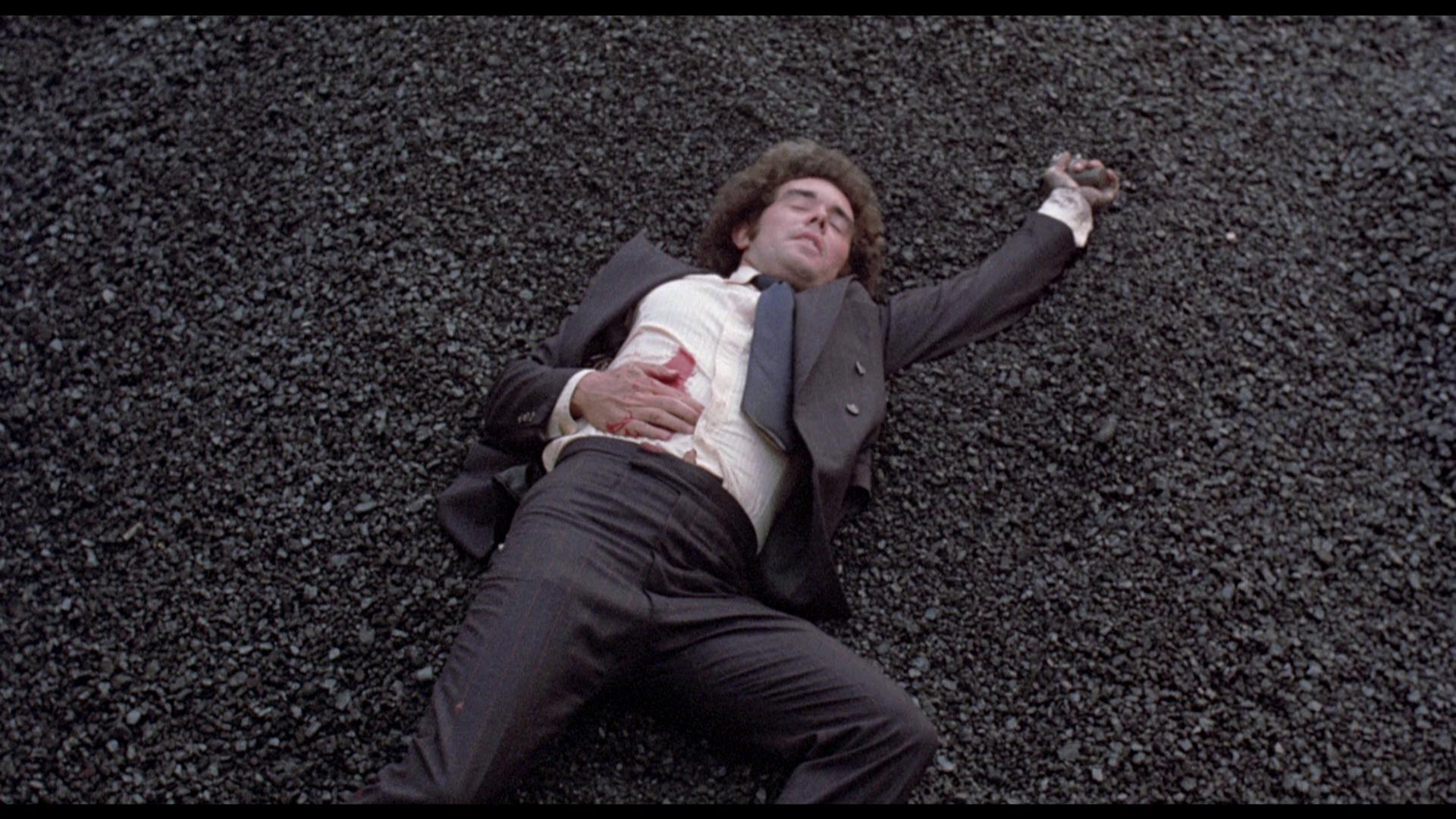 Hell Up In Harlem is packaged in your standard single-disc Blu-ray amaray case.  Within that case is the standard Blu-ray copy of the film.  The disc does feature a piece of artwork that is relative to the film at-hand.  There is no DVD copy, nor is there any kind of digital copy redemption pamphlet.  There is no slipcover available with this release. 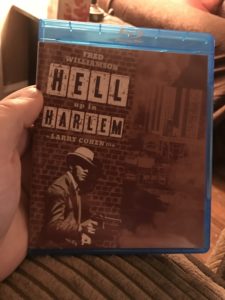 There really wasn’t too much in terms of special features with Hell Up In Harlem.  However, there are a few items that do allow consumers to explore the film a little bit further.  Available with this release is: 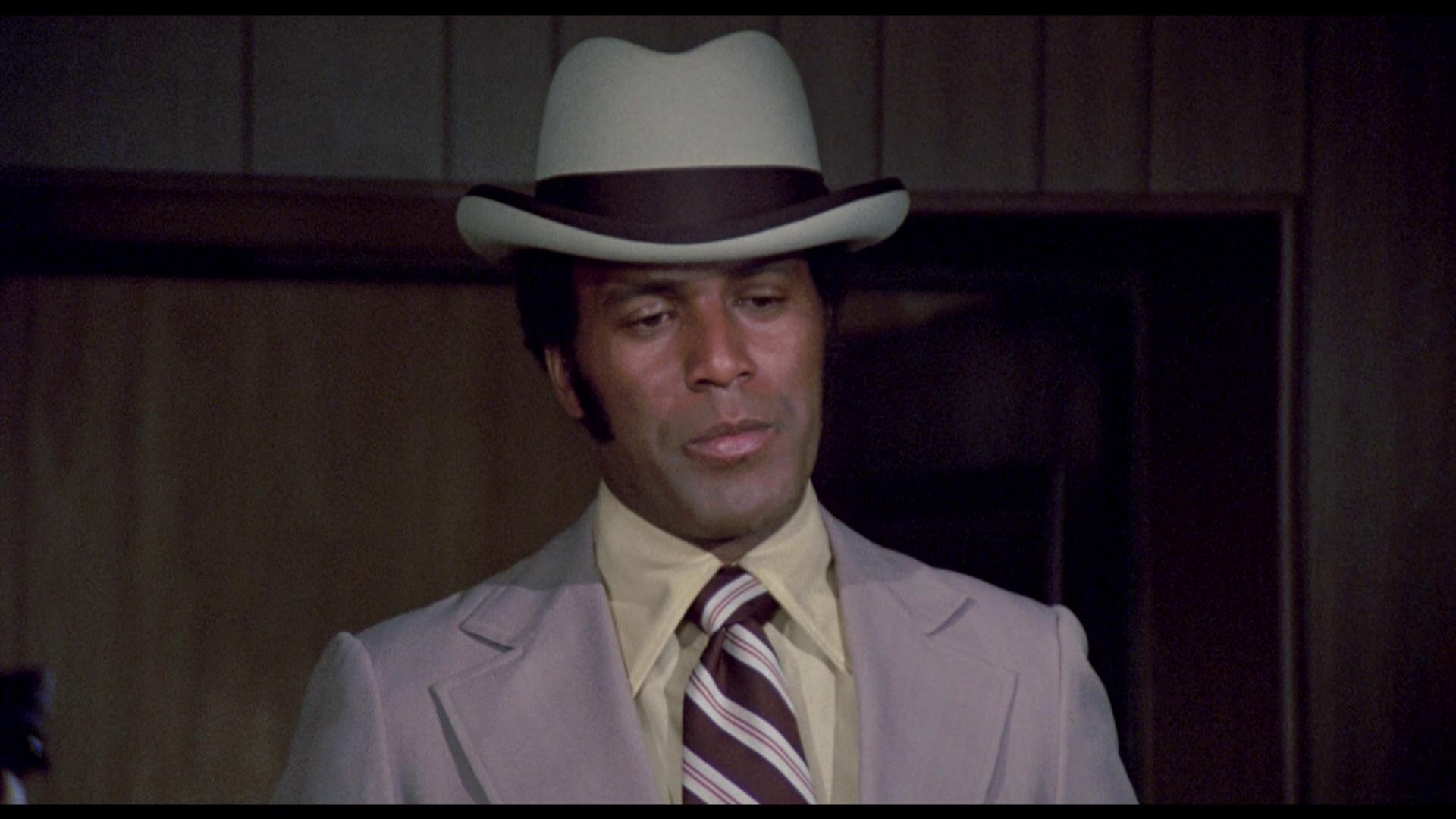 Overall, Hell Up In Harlem wasn’t too bad.  While I’m not too keep on the blaxploitation genre, the film didn’t really overstep any boundaries that I have personal issues with.  The story of this film was nicely done and it held up very well throughout the film.  The visual and audible presentation of the film was cleanly done, allowing for a clean experience into the story that’s being told here.  The packaging of the Blu-ray release isn’t much different than that of your standard Blu-ray release, and there are a couple of items made available as special features on the disc that allow consumers to explore it further.  While I would have loved to have seen the option for a 5.1 audio track for more immersion, I’m pretty happy that I was given the experience to review this film.  I may not intentionally picking up anymore blaxploitation films for my personal collection, but after checking this out, should the opportunity to review more come across my way; I know I’ll give them their fair chance.  If you’re looking to add this film to your collection, it was just made available on Tuesday from Olive Films – go check it out. 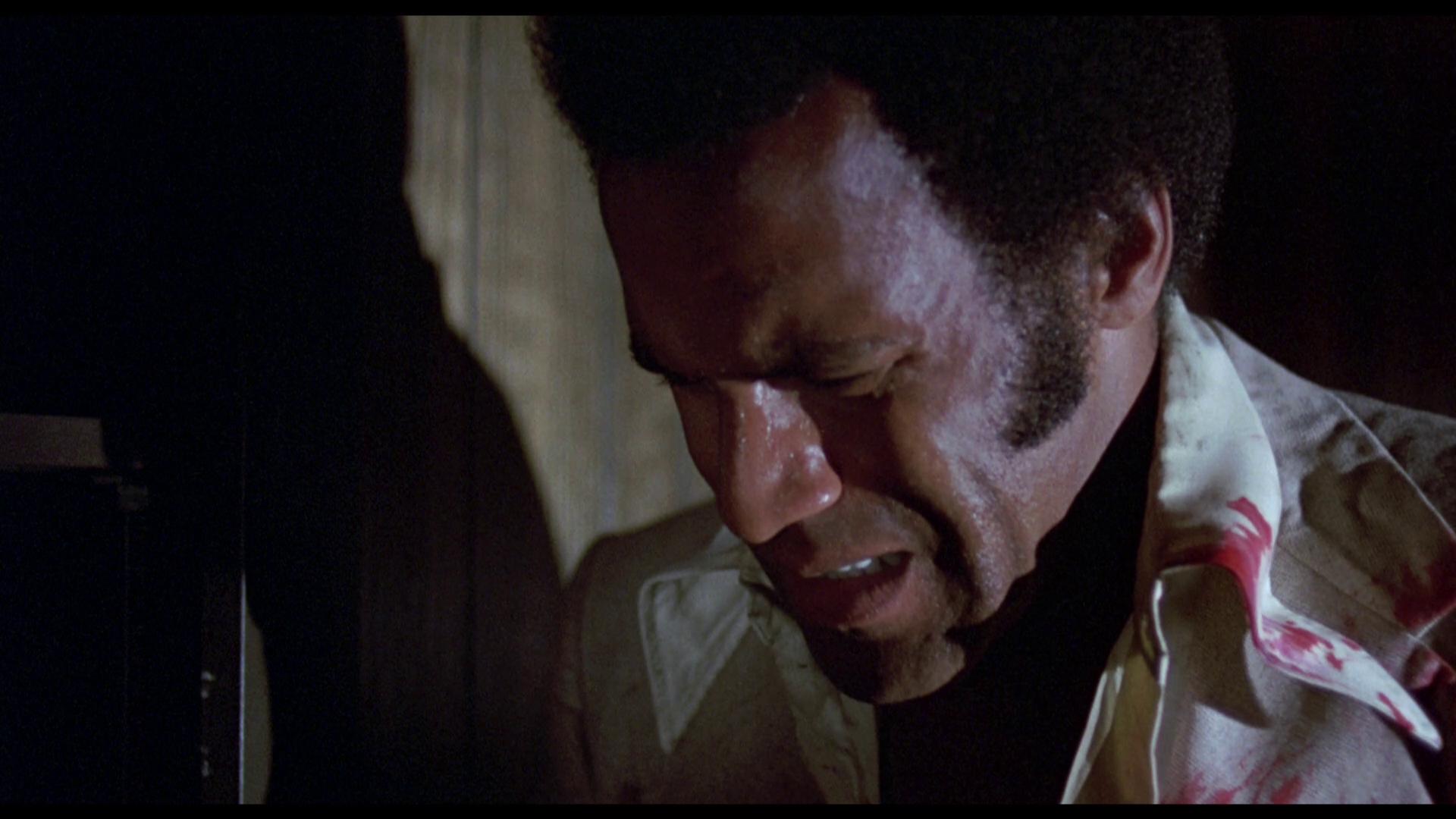