Billed as the movie that will “change the way films are experienced”, Hardcore Henry was a cool idea, but it was poorly executed. At first glance, the first-person view, shot on GoPro cameras, is unique, exciting, and inventive. After about ten minutes, it is boring. Hardcore Henry would have made for a great YouTube video, but as a feature-length film, it does not work.I found that the movie was extremely difficult to connect with, and part of that comes from the faceless protagonist in Henry. By not being able to see the character, I could not get behind his adventure. Sure, it is basically the same as playing a first-person video game, and clearly gamers connect with great characters like Master Chief in Halo, or the various characters in Call of Duty, Battlefield, and countless other war games. However, in those games, you are the character; you control their every move, and thus it is a very satisfying experience. With Hardcore Henry you are simply a spectator with no control, forced to watch from the main character’s point of view. Again, this is fun for a few minutes, but it gets old fast. 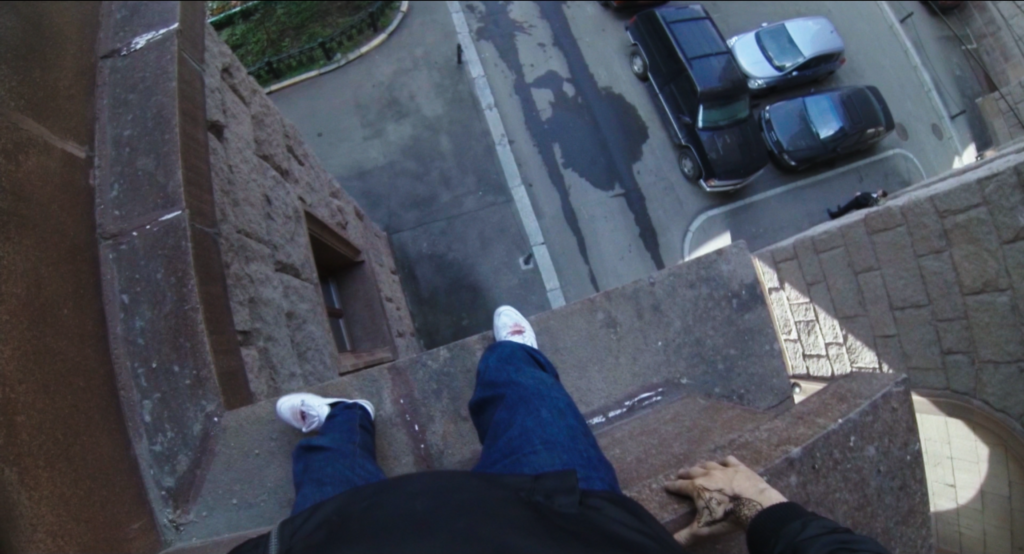 Regardless of the way that Hardcore Henry was filmed, there are plenty of other issues with the film. For starters, the main villain, Akan (newcomer Danila Kozlovsky) is horrendous. He speaks with a horrible, forced Swedish accent, and he never truly feels as if he is a threat. Akan has God-like powers and a massive corporation behind him, and yet, he is laughably bad at being bad. Part of this is definitely the actor over-playing his role and really not doing a great job in the Joker-esque “crazy bad guy” role, but part of it is that again, we can’t connect with the protagonist, so the antagonist seems weak. We don’t see any fear in Henry’s eyes when he faces off with Akan, and we have no idea how he feels about any situation at all. This leads to the second point, which is that the film is completely emotionless. 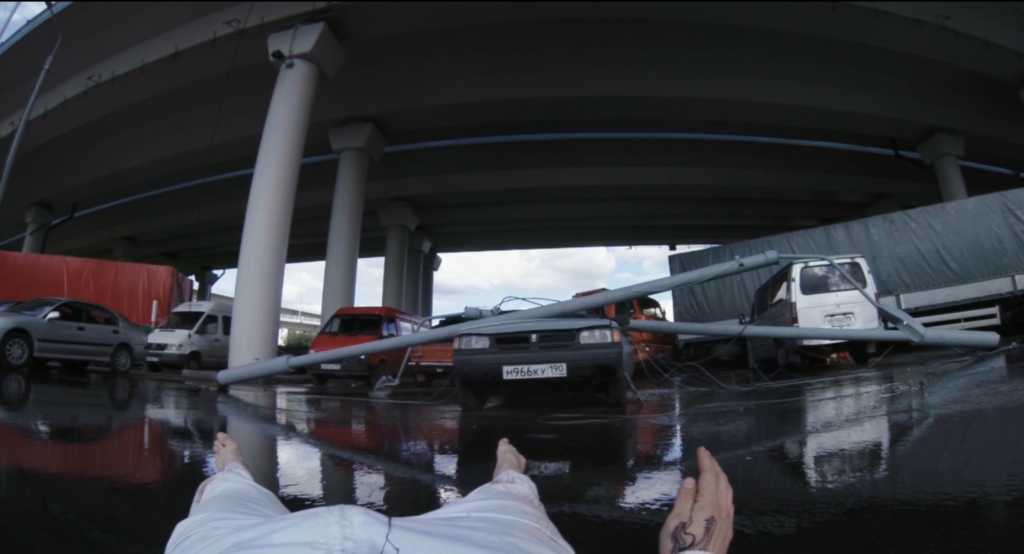 Emotions are so important in movies, and seeing a main character brought to tears, flaming with anger, or laughing with joy is what connects the viewer to the movie. We miss this completely in Hardcore Henry. When the supporting cast is as weak as this one, the main character has to drive the film, and instead he is just two hands flailing in front of the screen.

As for the small positives, some of the fight sequences are very cool and fun to watch, although they are not as great as a well-choreographed fight scene in say, John Wick. There is a reason that John Wick was universally acclaimed and Hardcore Henry was not, and it has a lot to do with cinematography and choreography. A great action movie is a series of well-designed and planned punches, kicks, gunshots, explosions, and camera-work. In Hardcore Henry all we get is a shaky camera, constantly flying back and forth, and some really sub-par special effects. There is some over the top, Tarantino violence, which can be exciting, but it does not look any better on a GoPro than it does on film or digital cameras. 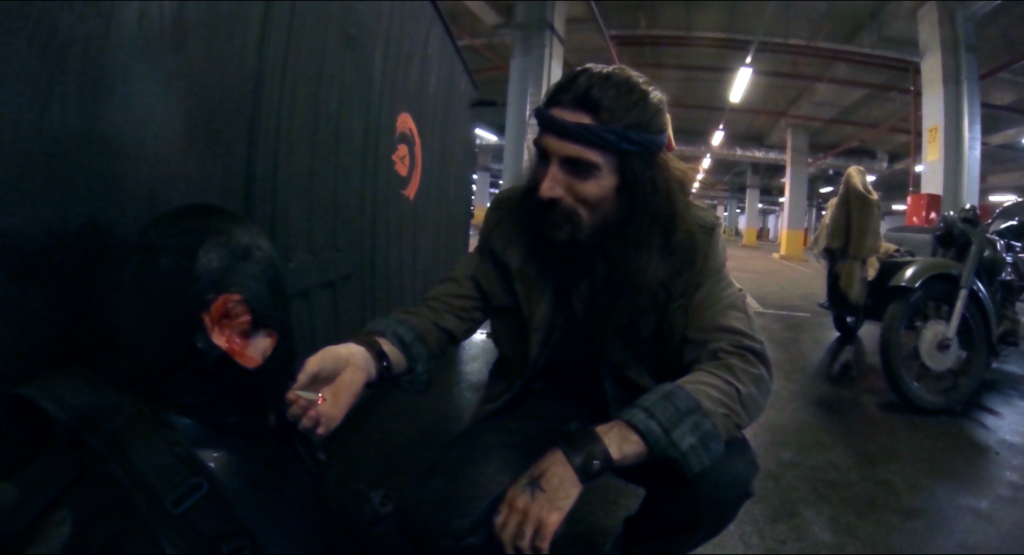 Unfortunately for investors, GoPro stock is not going to rise dramatically as Hollywood rushes to adopt this new format. It was a fun experiment, but a failed one. Hardcore Henry is absolutely one of the most frustrating movies I have watched this year, and I cannot recommend it, as I nearly did not make it through the film myself.

Obviously, with the limited abilities of the cameras used in Hardcore Henry, the picture quality varies greatly. At times I found the GoPro sequences to be very well-done, with great lighting, excellent quality. This was especially apparent in any daytime sequences. However, the limitations of the GoPro really hurt the picture quality when it came to dark scenes, of which there are quite a few. In fact, the climactic fight scene takes place at night, as do many other important scenes. The lighting for these scenes is poor at best, and the picture is extremely murky. 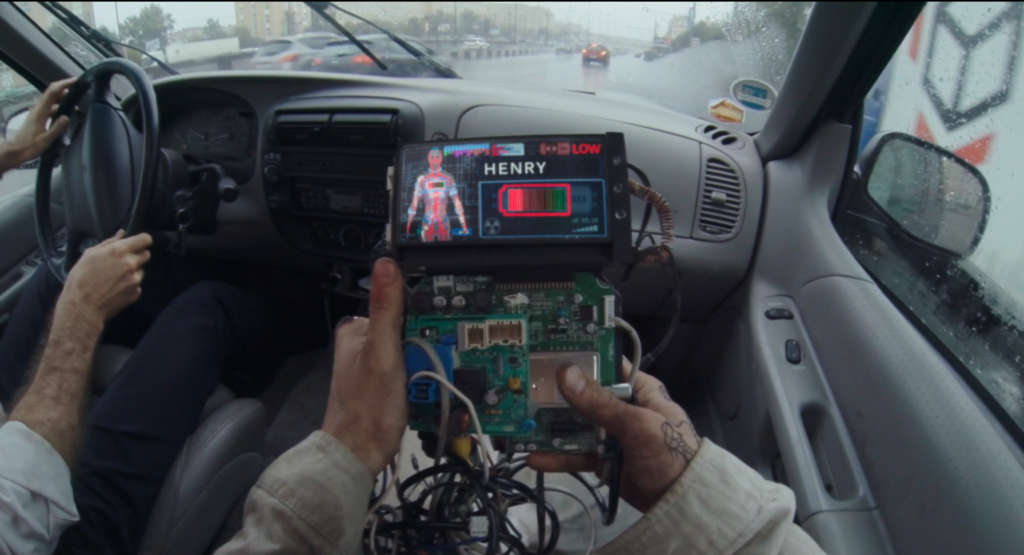 The colors in this movie are very realistic, as not much work was done in post-production and there were no opportunities for a lens filter to give the film a certain look. What you see is what you get. I liked this aspect of the picture, as it felt like a real-life scenario, but as I previously stated, it really feels like a well-done YouTube video rather than a motion picture. In the end, Hardcore Henry is not a terrible Blu-ray from a visual standpoint, but it is definitely not in the upper echelon of any release from the past few years.

Again, GoPro cameras have limits, and audio capture is actually one of the poorer aspects of the GoPro technology. As a result, the audio on this release is not given a top-of-the-line audio track. Hardcore Henry comes to Blu-ray with a DTS-HD Master Audio 5.1 track, and it is quite a shame that a better track was not available. With constant action being the name of the game, Hardcore Henry could have been an incredible audio experience with an Atmos, DTS:X, or even a 7,1 track. However, the limitations of the technology used probably had an impact on what sort of audio master was available, and thus, the 5.1 track is what we were given. 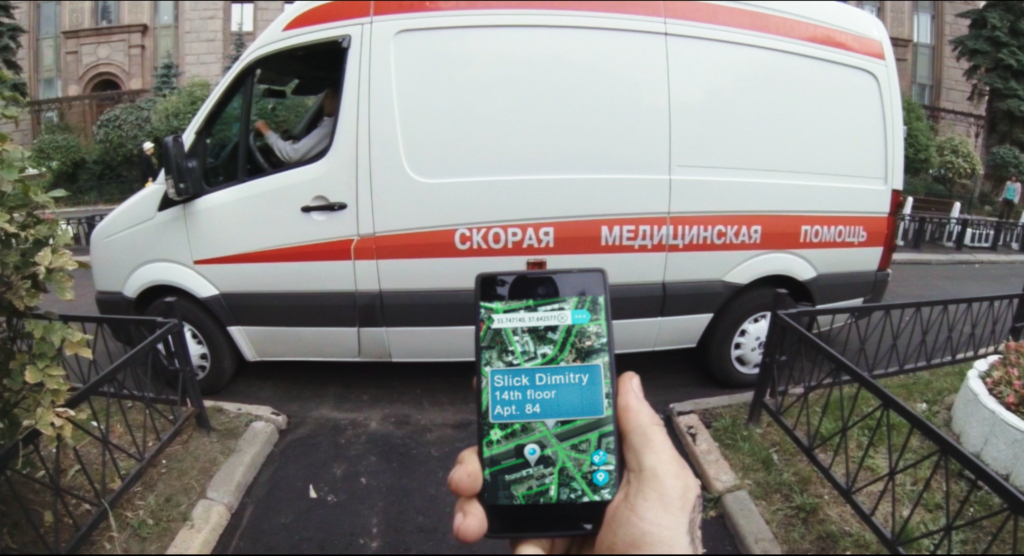 I did have some dialogue issues, as speech was often muddled in other background noises, but overall, the audio was not bad compared to the picture quality. Gunshots and explosions roared through my rear speakers and really put my SVS Prime Bookshelf speakers, which I use as surrounds, to great use. The front speakers and subwoofers do not get a ton of strenuous work, as much of what takes place in the film comes from behind or beside our first-person view. I would highly recommend listening to this Blu-ray release on a full 5.1 surround sound system, as the rear speakers are extremely important with this audio track. I fear that a 2.1 system would not be enough, and to truly experience Hardore Henry, make sure you have well-calibrated rear surround speakers. They will come in handy.

For such an innovative film, Hardcore Henry comes with some pretty standard, boring packaging. For the Blu-ray release, we get a slipcover with the first print run which features the same artwork as the theatrical posters, and an Amaray case with just a single Blu-ray disc. There is no DVD included with this release. There is a Digital Copy, redeemable on iTunes or your favorite UV service. This is truly unremarkable, and with no special editions available in the US at time of release, there is not a real reason to rush out and grab this one for the packaging alone. 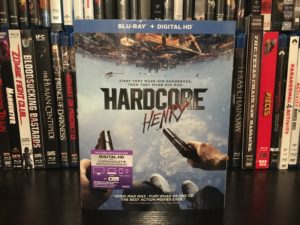 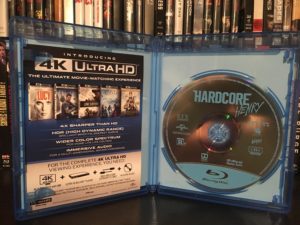 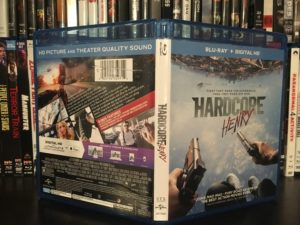 As for special features, this release is sorely lacking. There are four deleted scenes, running less than 10 minutes total, and a “fan chat” feature where Sharlto Copley and Director Ilya Naishuller “answer” some fan questions. This is a pretty corny feature, but maybe some hardcore fans (get it?) will enjoy this short feature. There are also two commentary tracks, one featuring just Director Naishuller, and the second featuring Naishuller with Copley. The two tracks are really overkill, as there is little that is said in the second track from Naishuller that was not covered in the first. I recommend the second track with Copley as he adds a few interesting tidbits. Skip the first commentary and save your time. 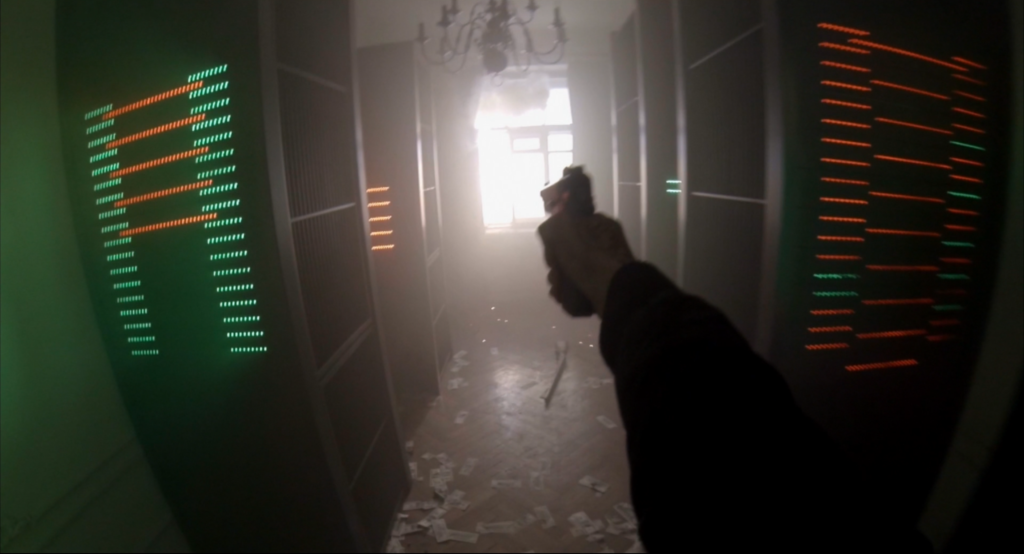 Hardcore Henry could have been great, but I am not sure that it really should have been great. The idea is decent, to have a first-person shooter brought to film, but the idea is much better served as a video game than a movie. If there had been an interesting storyline, characters, or some decent acting, the camera work could have been an afterthought, but with the performances so lackluster and the story just plain boring, a lot of focus is put on the cameras, and it is just not that good. Basically, Hardcore Henry was GoPro first, storyline and characters second, and that is what hurts it the most. I would recommend renting this one first before buying, and waiting for the inevitable price drop a few weeks after release day. If you feel the need to experience this trainwreck yourself, it can be purchased on Amazon HERE.