I’ll be the first to admit I don’t know much about the western genre or any of its subsets within it.  What I do know is that this film is rather unique.  It does not come across like any other within the genre I have seen to date.  Hannie Caulder seems to be both empowering and sexy at the same time.  Crossing that line of a woman chasing vengeance that we have seen work in so many other films, however, this film came out in 1971.  So you could very well say that it help pave the way for some of the favorites we now hold so dear.  Raquel Welch is addictive to watch and you want her to succeed so badly. Initially seeing some of the promotional work for this film online before it arrived, I was concerned that it would take an entirely different approach and purely exploit her sexuality. However, for what it’s worth in the time period that it was filmed, it does well to bring a balance of powerful and cool as hell.

Furthermore, we get a few unique performances from a few well-known actors now, including Ernest Borgnine as the villain of our story, and Christopher Lee and Robert Culp as the men who help her along the way. All in all, it seems to maintain a certain air of drama to it without falling into the dry dialogue and western slang I have seen so many times before. 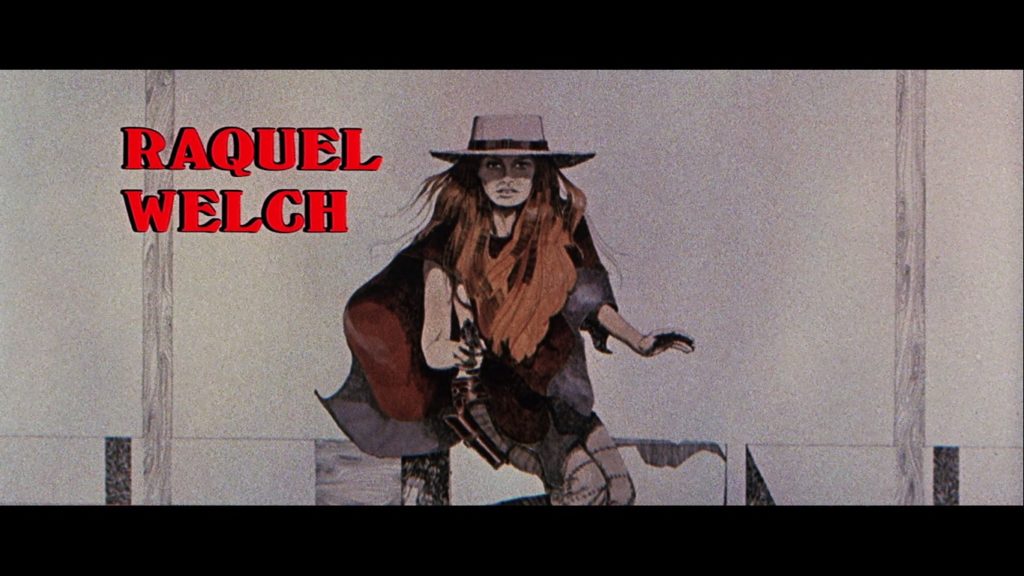 As you may have guessed, our story follows a woman by the name of Hannie Caulder who has experienced the tragedy of losing her husband then immediately being raped and beaten by three ruthless criminals (led by Ernest Borgnine).  She decides to take action and learn the ways of gunslinging to avenge his death and to get revenge for what was done to her.  She soon comes across a man named Thomas Luther Price (Robert Culp), a bounty hunter whom she convinces to show her his ways so she can get her vengeance.

The film has some great moments for sure, Welch has a rather great vibe and overall look throughout the film making it hard not to enjoy.  Even with its silly plot-wise moments, it all comes together to be a great overall story. 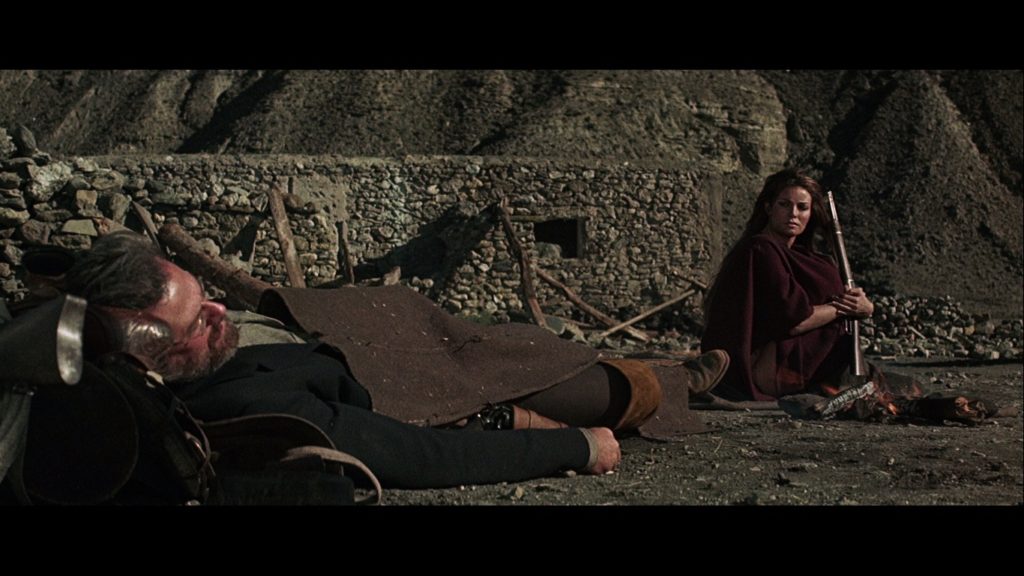 The filming style in this is unique, again, I cannot claim to be an expert in the western genre; however, this film does well to separate itself from others I have seen in the past.  There is even a rather unique slo-mo shot at one point that seems cheesy now but I am sure it was cutting edge in 1971.  The transfer to blu-ray is great, Olive has really done a great job to keep the film pristine looking.  It still has some rather grainy moments that only seems to add to the charm of the overall film. 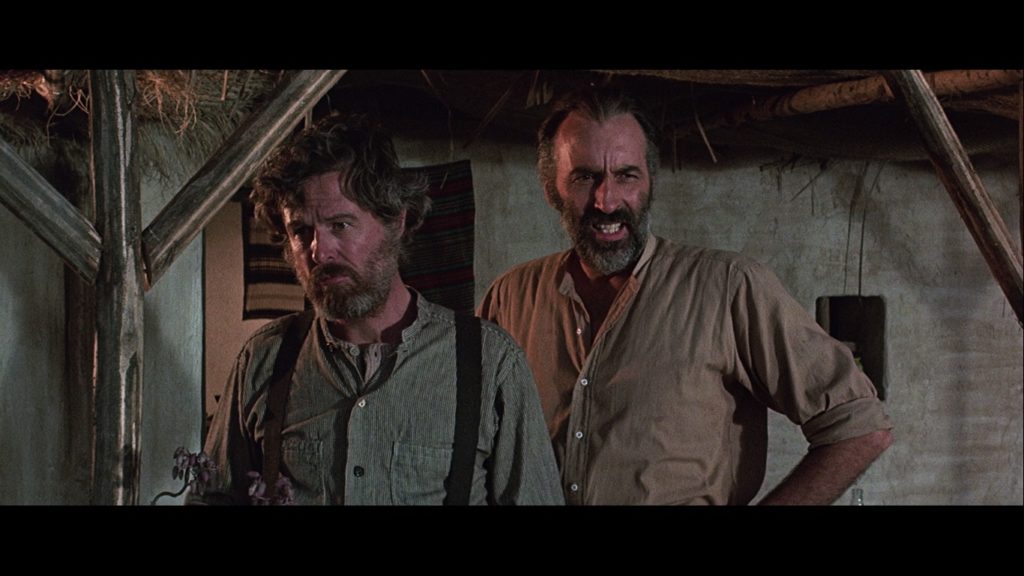 The film manages to stay suspenseful with its semi-typical western score and sounds.  The film fits right within your living room and doesn’t get too loud during shoot-outs or too soft during conversations.  Although there are a couple of moments that feel as if the microphone may have been too far away from the actor/actress and it feels almost echo-ey, they are hardly noticeable and definitely not something to be concerned with.  Overall, it’s a film you can crank up, sit back, and enjoy. 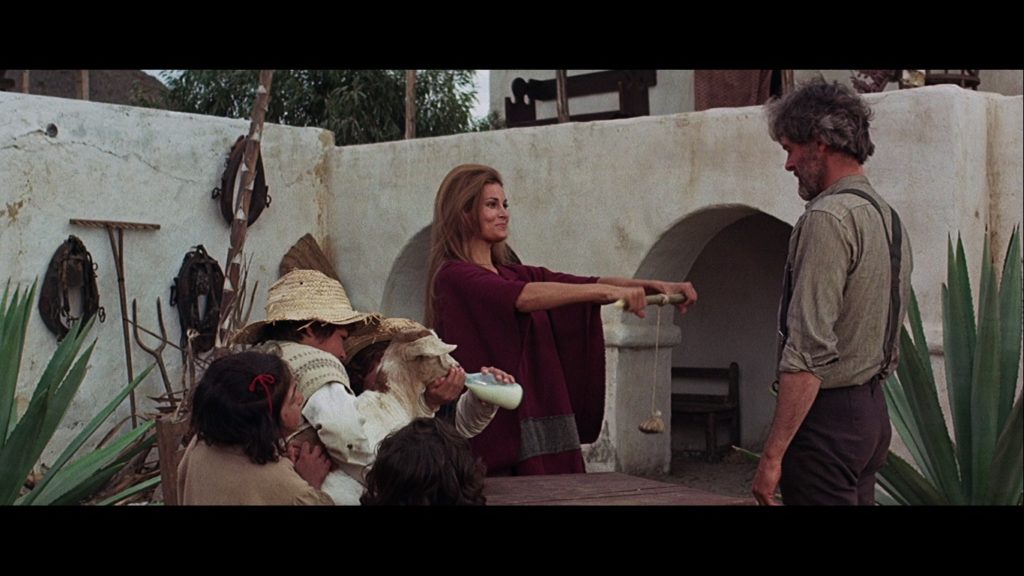 I am not naive enough to think people are reading these reviews sequentially, however, time and time again I have complained about the lack of imagination put into the packaging for the releases I have reviewed.  But let me tell you, Olive is doing it right.  This release is elegant and just overall great looking.  It comes with an outer sleeve that has a matte finish to it and has unique artwork splashed across the front.  The inner case comes out the side, and you do have to kind of be forceful it does not slide right out, but the case does seem made for this exact thing.  The case is clear and not blue like the usual eco-case and feels sturdy like it will stay in great shape for some time to come.  Inside we have even more artwork and a booklet chock full of great tidbits on the film.  Furthermore, the disc has artwork, this is becoming less and less common, and I am always happy to see the effort put forward to do so. 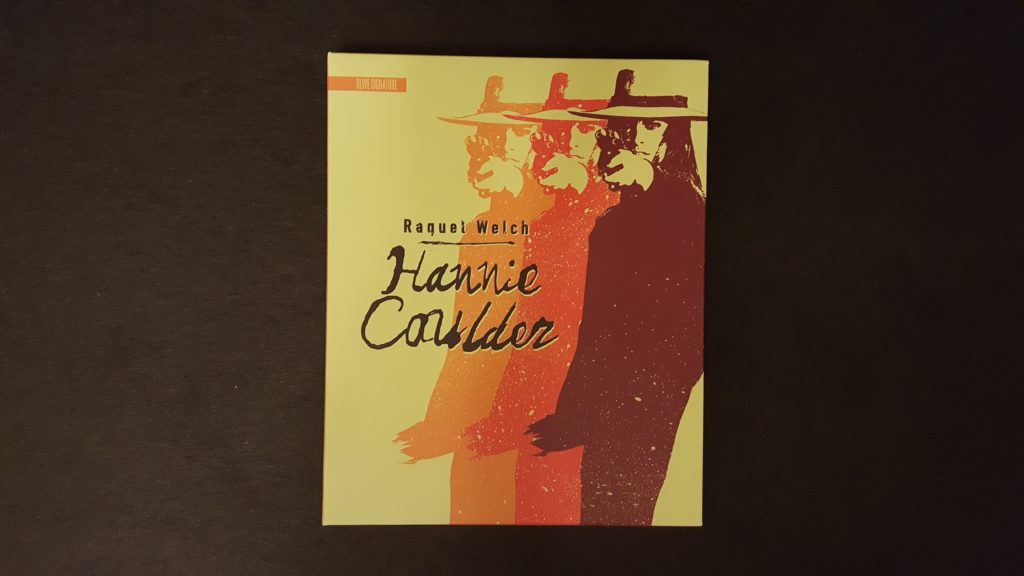 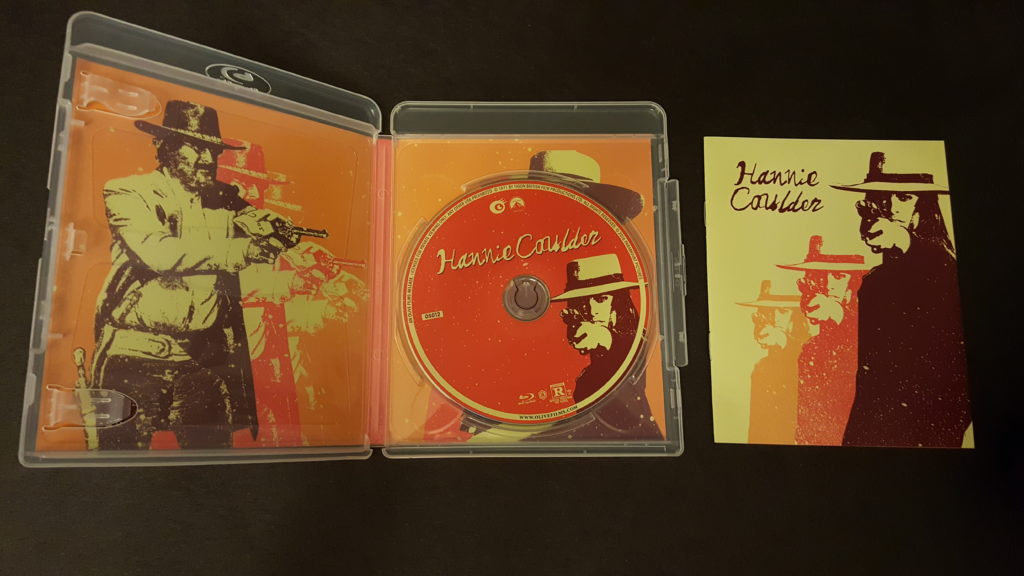 There may not be a plethora of features included for this release but when you take into account how many of these sorts of films were being made, it was easy for something great to go unnoticed at the time making it harder to record additional content.  However, most of the content included is very analytical, in dissecting the rape-revenge aspect of the film and whether or not the film as a whole is sexist and purely objectifying.  I will not say concretely whether or not the film is one way or another.  What I will say is I definitely didn’t see it that way, I found myself constantly rooting for Hannie Caulder and excited to see her accomplish revenge.  Are there objectifying moments, absolutely, does it encourage a rape culture?  I don’t think so, unless you expect to be soon gunned down in a duel!  The special features are as follows:

I think it’s important to note that it would seem that the consensus is that the film does well in many ways however it is hard to overlook that there is, in fact, a rape scene and in many ways there is no good way to film such a thing.  I mean it is a terrifying thing.  I do think many will lose sight of the story of Price and Caulder that is really at the heart of the film due to the extreme reaction to those 3 minutes. 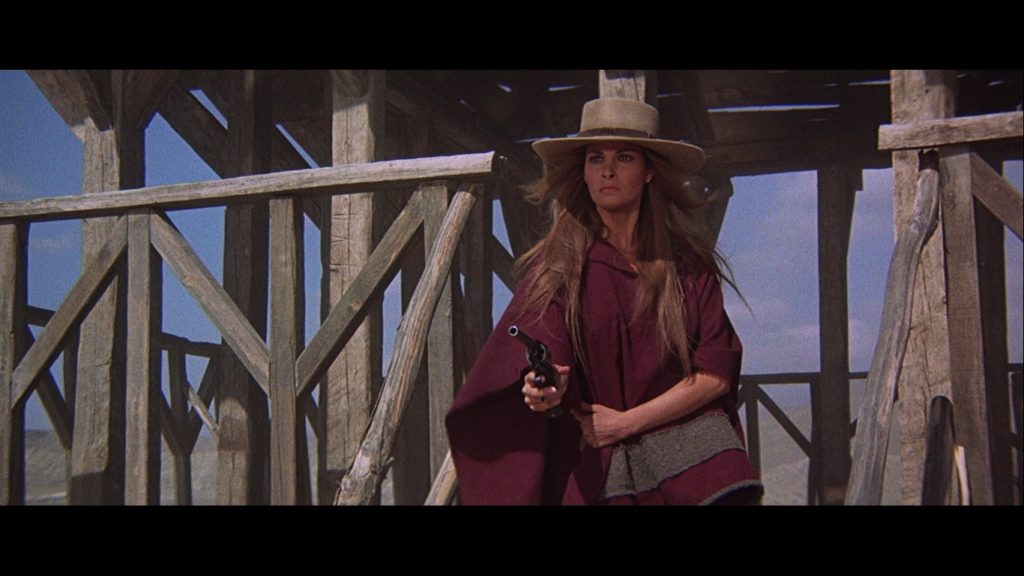 Hannie Caulder has great balance.  It has moments of cool and excitement and moments of tragedy.  Raquel Welch truly comes off as a force to be reckoned with and loses her fragility rather quickly.  I honestly wish there more of these films.  It also makes me yearn for more strong female led vengeance movies, Robert Culp comes out of nowhere as the badass bounty hunter who has an even badder (as in good) reputation for being able to get the job done.  I’m not sure if this qualifies as your typical spaghetti western but what I do know is that I legitimately enjoyed this film and will be watching it again in the future.  I think a part of me will always wonder what happened to Hannie Caulder after the movie ends and that just tells you how enjoyable this really was.  The thing to remember is that this film is unique.  It takes its hand at a genre that had been done and had in the past taken women and put them in a position to lose.  That is where this film differs, Caulder becomes a badass and some of the singular shots in this film are more than just cool – they are borderline iconic.  I really do think a film with some tweaks to the pot could be made like this now and it would do very well and that is truly telling to the potential to the bulk of this film.

You can purchase this film and others like it HERE.