Each title in the set merits its own review, and continuing the series, we’re going to explore the black sheep of the series, Halloween III: Season of the Witch.

Part one of the series can be found here, with part two here. 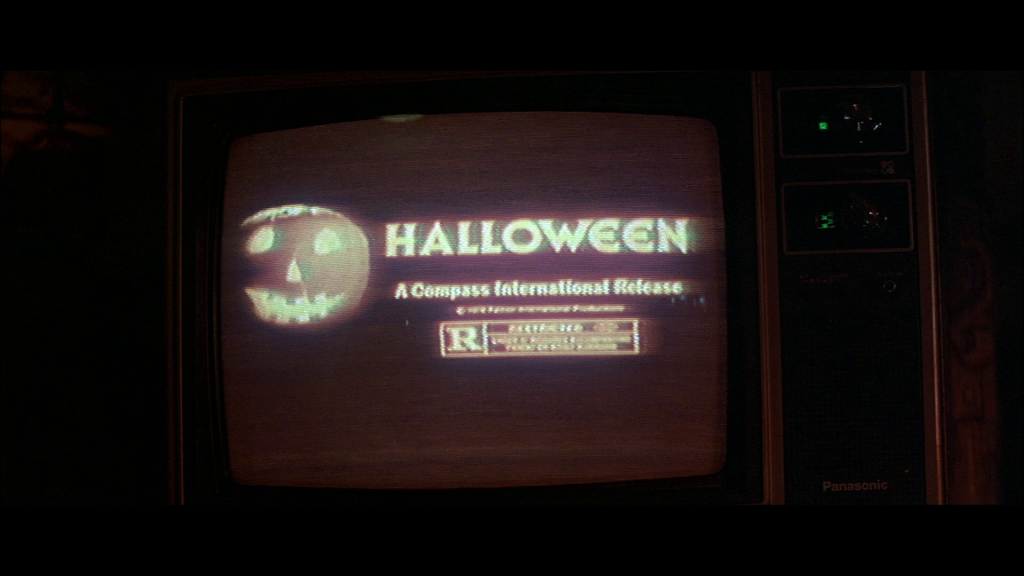 Halloween III: Season of the Witch is the anomaly of the Halloween franchise, being that Michael Myers isn’t in it stabbing teenagers to death, Doctor Loomis isn’t screaming about how he’s the only one that can stop him, and Laurie Strode (or a relative) isn’t the intended target.

Instead, we’re given a tale of Doctor Challis (Tom Atkins) and Ellie (Stacey Nelkin) going to a small town to figure out why Ellie’s father was murdered and what connection that might have to the Silver Shamrock toy factory.  Silver Shamrock is owned by a Conal Cochran, Irish businessman and beloved man about town and around the world, apparently, since several other random people (i.e. The Bodycount) start showing up to purchase boatloads of the most popular items this Halloween season; a skull mask, a witch mask, and a jack o’lantern mask.  It doesn’t take too long for Doctor Challis and Ellie to realize they’re in over their heads in what turns out to be a really bizarre mix of Invasion of the Body Snatchers and Celtic witchcraft harnessed by technology geeks.

There’s very little of this film that I would consider good.  The plot is almost nonsensical, but I can tell you it involves a part of Stonehenge, computers, and Halloween masks designed to melt children’s faces and make them grow snakes and crickets.  The characters behave in really strange ways; Atkins bailing on his wife to go out of town with a random woman he’s met only hours before, and that random woman not being that upset about her dead father because she’s willing to sleep with his doctor who she’s only known for those aforementioned hours.  There are also robots that look human.  I suppose when you’re an evil witch businessman on Cochran’s level, you can do what you want?

That’s not to say the movie is without total merit.  At one point a lady lasers her own face off and the aftermath is pretty gruesome, and later an annoying child dons his Silver Shamrock mask in the last act of the film and gets his head turned into soup and crickets and snakes begin oozing out of his face holes.  Those are the kind of shots that stick with you.  It’s just a shame they’re not in a better context.

I should also take this point to note that writer/director Tommy Lee Wallace says in the supplements of this disc that had the movie been called Season of the Witch or was in some other way disassociated from the Halloween franchise as we know it, it might have been better received.  I’m going to respectfully disagree with that notion.  If the film was good enough on its own, the audience could look past the Halloween connection, the Tales from the Crypt films Demon Knight and Bordello of Blood prove this.  Instead, we’re stuck with this really strange third installment most fans, myself included, choose to skip. 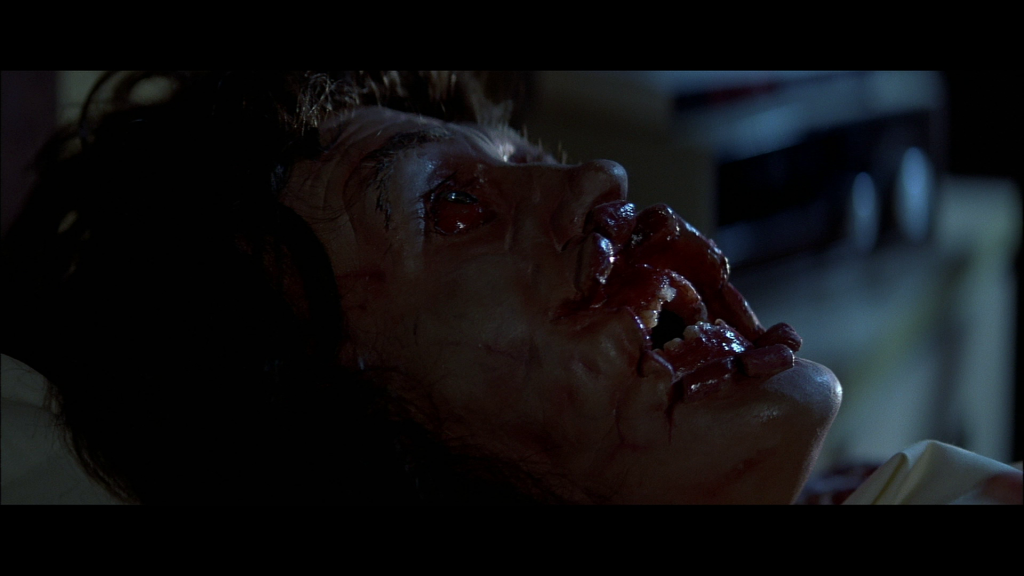 The Blu-ray presentation has been great for the first two films in the boxed set, and this one doesn’t disappoint in that department, either.  Looking a little more polished than Halloween II, the lighting and cinematography contained in Season of the Witch are excellent.  No compression artifacts or aliasing are present on the disc, and blacks are nicely layered during the night scenes, giving the appropriate amount of detail and atmosphere to the shots.

The John Carpenter synthesizer score is by far my favorite part of this film, being creepy and effective.  It’s not the Halloween theme we’ve all come to know and love, but I would rank it among his best compositions.  My only regret is that it wasn’t used for a better film.

The back of the Blu-ray case claims there’s a DTS-HD Master Audio 5.1 track on the disc, but if it’s there, the menu doesn’t tell us.  Instead, we’ve got a Dolby Digital Stereo 2.0 mix, which tends to be a bit on the loud side, drowning out the dialogue at times.  It’s not a dealbreaker if you’re a fan of the movie already, but I found this track to be more on the obtrusive as opposed to complimentary side. 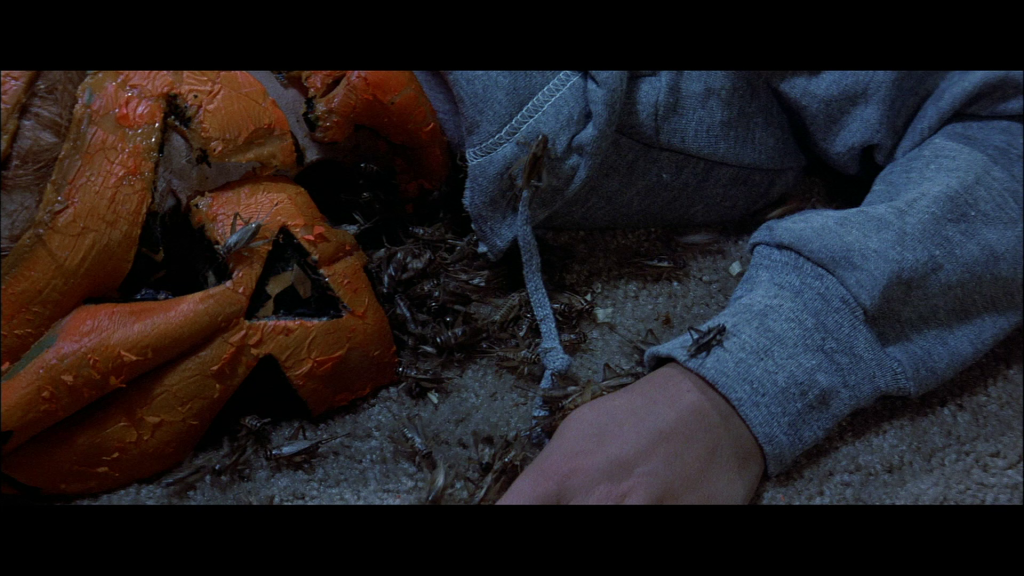 Shout! Factory again doesn’t disappoint with the special features, and if you’re a fan of Halloween III this is going to be the definitive version for you.

Though on the back of the case only one commentary is listed (Writer/Director Tommy Lee Wallace) we’ve actually got two.  The first, which is Wallace, Sean Clark, and Rob G from Icons of Fright is a little too self congratulatory and slow for a track with three participants.  It’s got some production insight, but otherwise pretty bland.  For fans only.  The second is actor Tom Atkins and Red Shirt Pictures’ Michael Felsher discussing mostly Atkins career.  Not being a fan of the film, I found this track entertaining due to the lack of focus on the film at hand, and the overall retrospective of Atkins’ career.

Stand Alone: The Making of Halloween III: Season of the Witch is your typical making-of featurette.  Running a little over half an hour you get a pretty honest view of how the film came to be, for better or worse.

Another Horror’s Hallowed Grounds sees Sean Clark going back over the locations in the film…I’m not a fan of these.  I’d much prefer to skip them, but they’re usually short and I have a job to do.

Finishing up we’ve got a stills gallery, theatrical trailer, and TV spots. 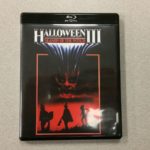 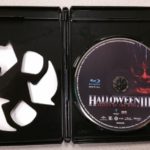 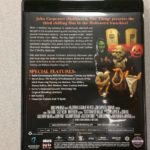 Points were detracted for having an audio track listed on the insert that wasn’t included, for not listing the second audio commentary, and for not including all participants in the commentary track that is listed. 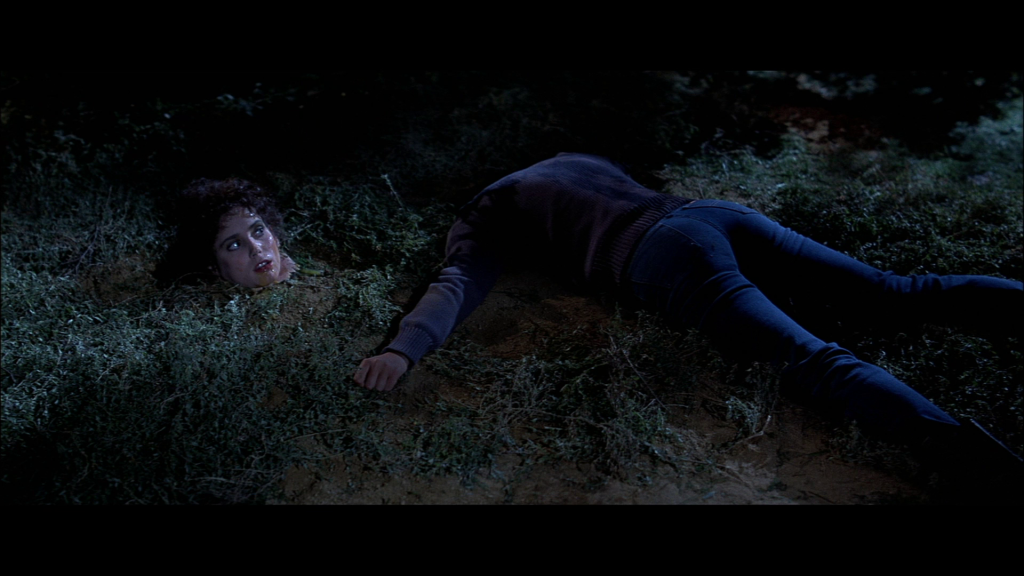 Not the worst film ever made, Halloween III: Season of the Witch doesn’t have much to offer aside from being a novelty in an otherwise iconic horror franchise.  For the sake of completeness, I understand its inclusion in the boxed set, but I’ll never understand the high regard some fans place this film in.  It should be avoided unless you find it for incredibly cheap by itself or part of either the 10 disc boxed set or the Limited Deluxe Edition.